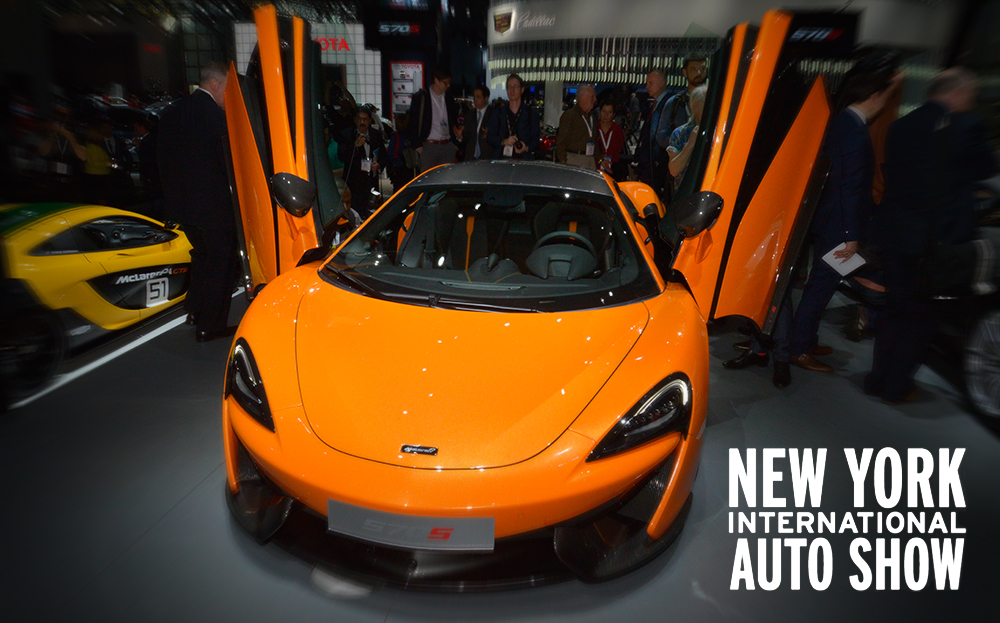 DETROIT MAY still be the powerhouse of the American car industry, but New York is where the money is. Little wonder, then, that many of the new cars to make their debut as this week’s New York show were on the affluent side of posh.

Things kicked things off on Monday night with a private event to unveil the McLaren 570S. Whether the female violinist McLaren had hired added the “atmosphere” the company hoped for is debatable, but the evening could be described as a huge success. The 570S is billed as McLaren’s entry-level car, but that’s a relative term. It still has 562bhp (570 in metric) and is capable of 204mph and 0-60mph in 3.2 seconds, which is surely as rapid as any road car really needs to be. 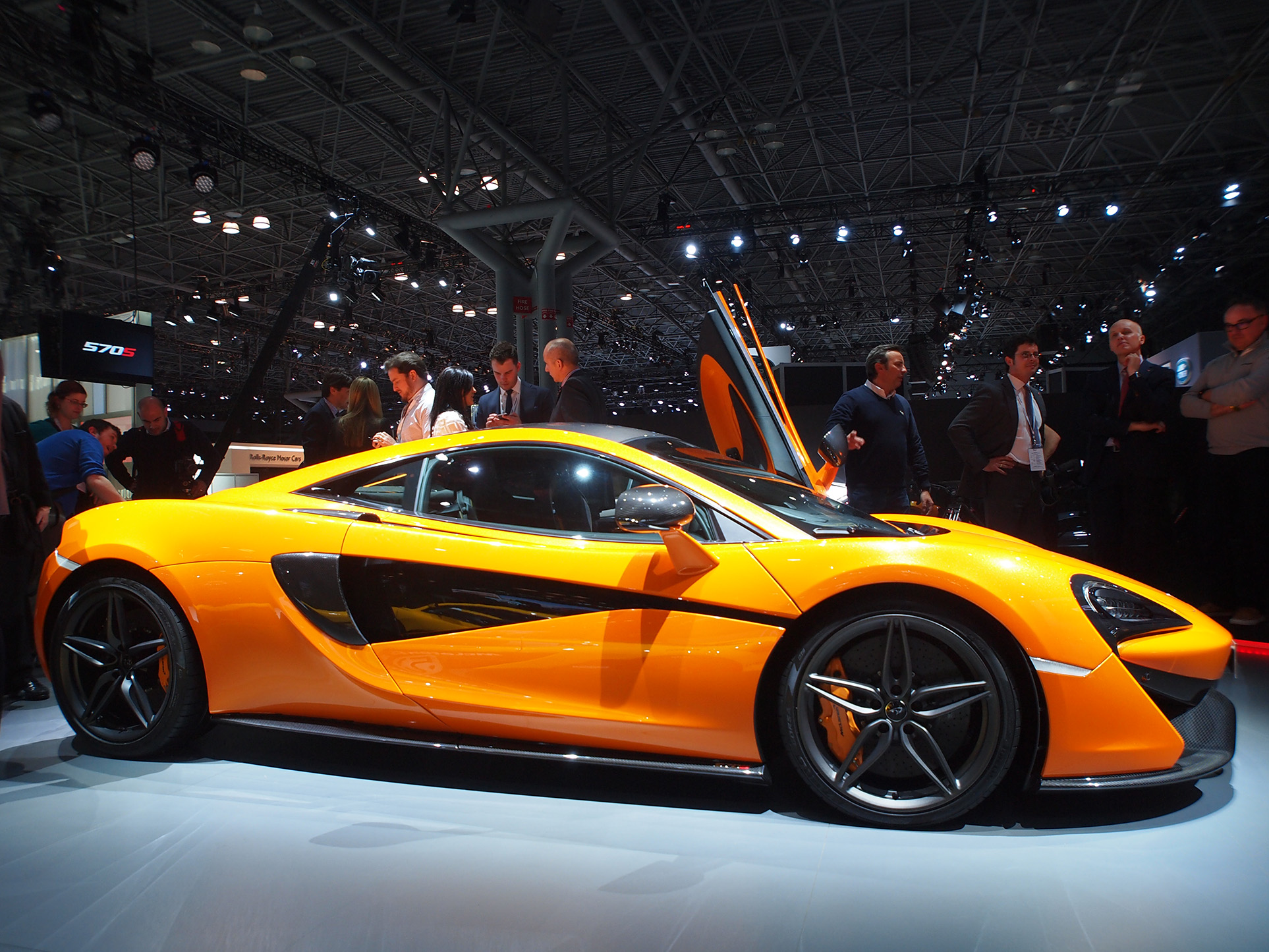 The £143,250 McLaren’s most obvious rival in terms of price is the Porsche 911 Turbo, but in fact it has the pace to threaten Ferrari’s new 488 GTB, which will cost about £40,000 more. It was also lost on no one that the 570S is prettier and all but as fast as the McLaren 650S, which costs £195,000. Even the company’s chief executive, Mike Flewitt, admitted that the newcomer is likely to steal sales from its big brother.

Flewitt also made a point of ruling out the idea of a McLaren SUV, which means the Woking company is heading in the opposite direction from just about every other premium manufacturer. The Bentley is launching its Bentayga SUV next year and a Rolls-Royce 4×4 will follow; Land Rover planted its flag with the Range Rover SVAutobiography, a super-luxury version of its large SUV. 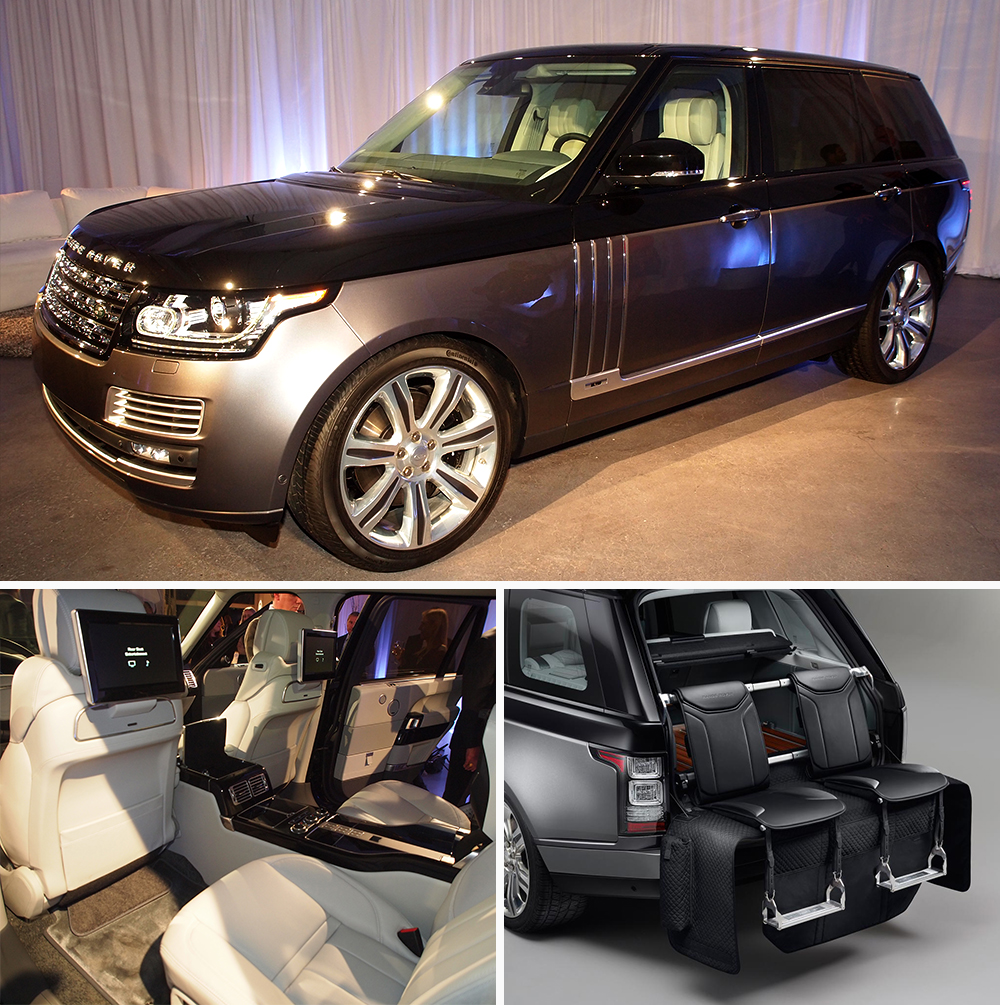 Priced at £148,900, the SVA has the 542bhp engine from the Range Rover Sport SVR, an upgraded interior and two extra seats – or Event Seating – that attach to the tailgate.

Land Rover’s sister company was also making a big noise in New York with the launch of theJaguar XF. The similarity to the smaller Jaguar XE is self-evident, but Ian Callum, Jag’s design director,  said this was part of a deliberate policy to build the Jaguar brand. “I want people across the world to instantly recognise the face of a Jaguar,” Callum said. 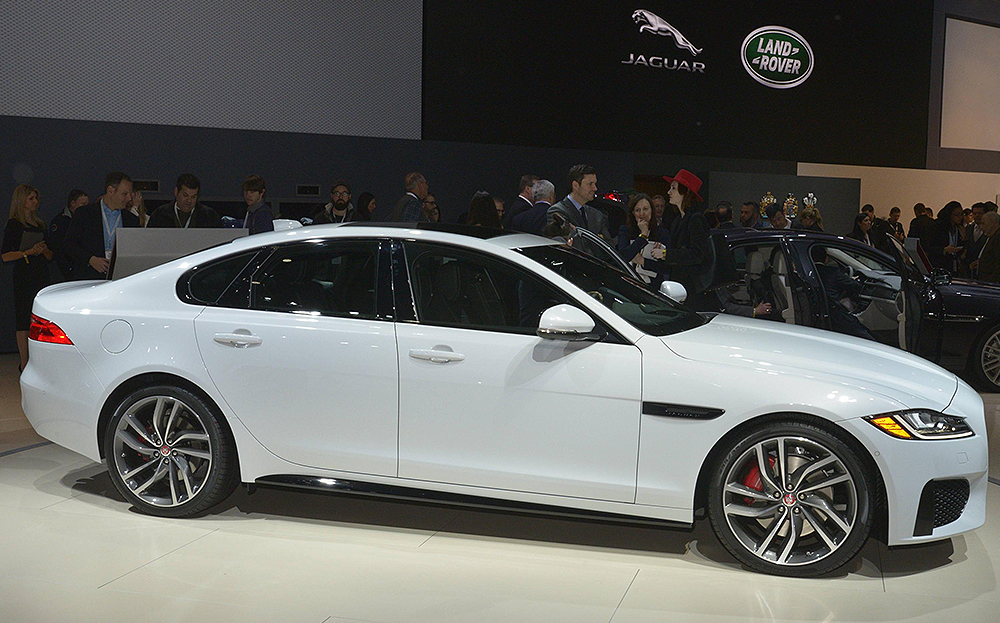 Given Jaguar’s standing in the British psyche, you might be surprised to learn it sold just 82,000 cars globally last year, while Audi sold almost 160,000 cars in Britain alone. Now, with the XE and XF and the imminent arrival of the F-Pace SUV (launching at the Frankfurt show in September), Jaguar will at last have the range to take on Germany’s big three.

The XF is an undeniably handsome, contemporary car that should be able to take the fight to the BMW 5-series. Everyone in the company accepts that the time for excuses is over. 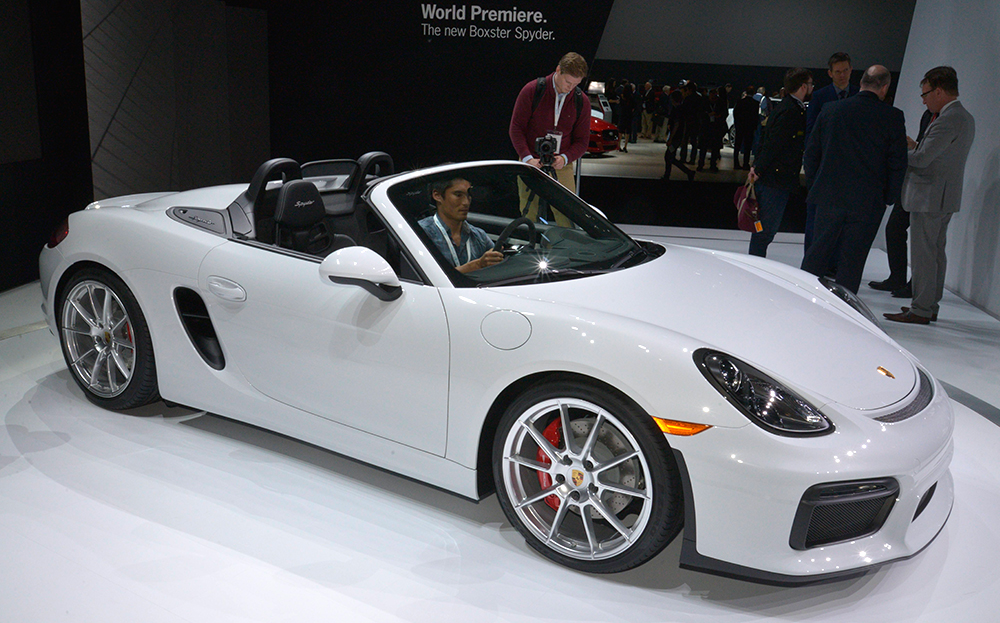 One company that can seemingly to do no wrong at the moment is Porsche. The brilliant new Cayman GT4 is already a sellout and we expect the new Boxster Spyder to prove just as popular. Its a simple formula – remove about 100kg of unwanted mass and then crowbar in an engine from a 911 Carrera S. It doesn’t look bad either, and if you want one, we suggest hotfooting it to your Porsche dealer sharpish: demand will be strong, despite the price tag of £60,549.

Just a short hop across the show floor from Porsche, Toyota’s posh subsidiary showed off the Lexus RX, Japan’s answer to the Range Rover Sport and BMW X5. 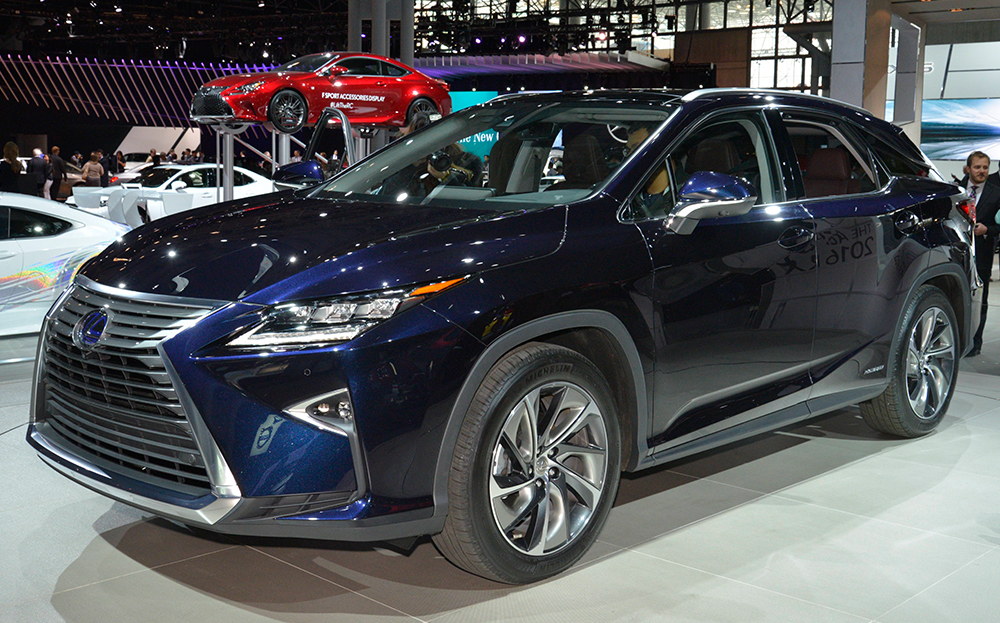 As with most new Lexus models, the biggest talking point is its appearance. It’s a Marmite car – there’s no two ways about it – but Lexus deserves praise for doing something different. It wasn’t so long ago that we were bemoaning the RX’s bland and insipid design. The new RX will be offered with both a conventional and a hybrid powertrain and should be in UK showrooms by the end of the year.

Keen to reassure the patriotic masses that America can do luxury, Cadillac and Lincoln both showed off new flagships. Ford is busy investing billions in Lincoln in an attempt to establish it as a genuine alternative to Audi. 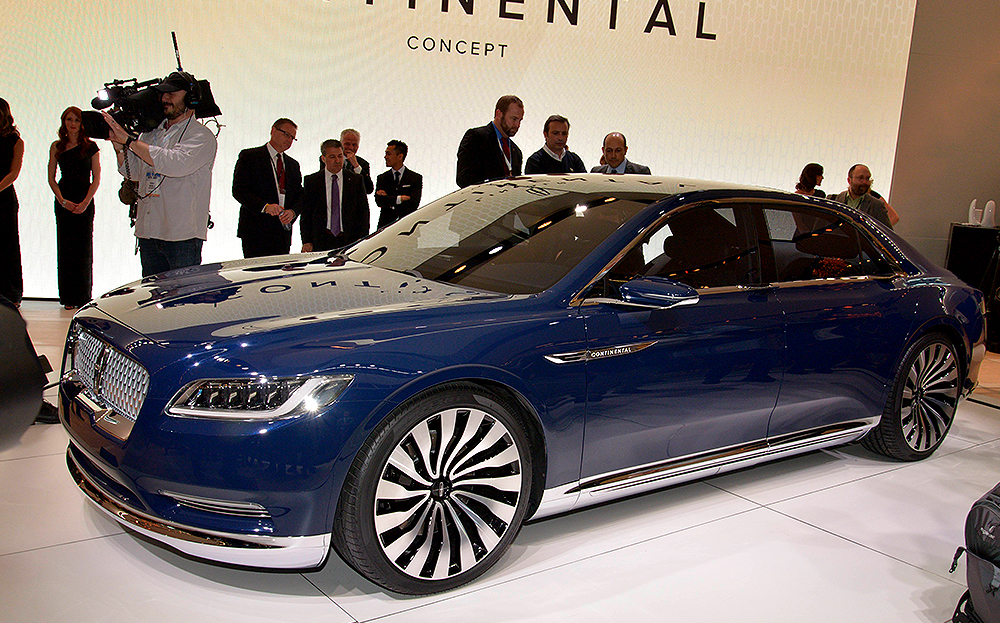 However, its attempt to follow the conventions of more established operations inadvertently caused one of the show’s biggest controversies. Bentley’s design boss took to Facebook to complain about the (fairly obvious) similarities between the Lincoln Continental concept and the Flying Spur, which until recently was also called a Continental. It was designer handbags at dawn, but the motor industry loves a good gossip and it won’t stop Lincoln introducing a production version of the Continental as early as next year. 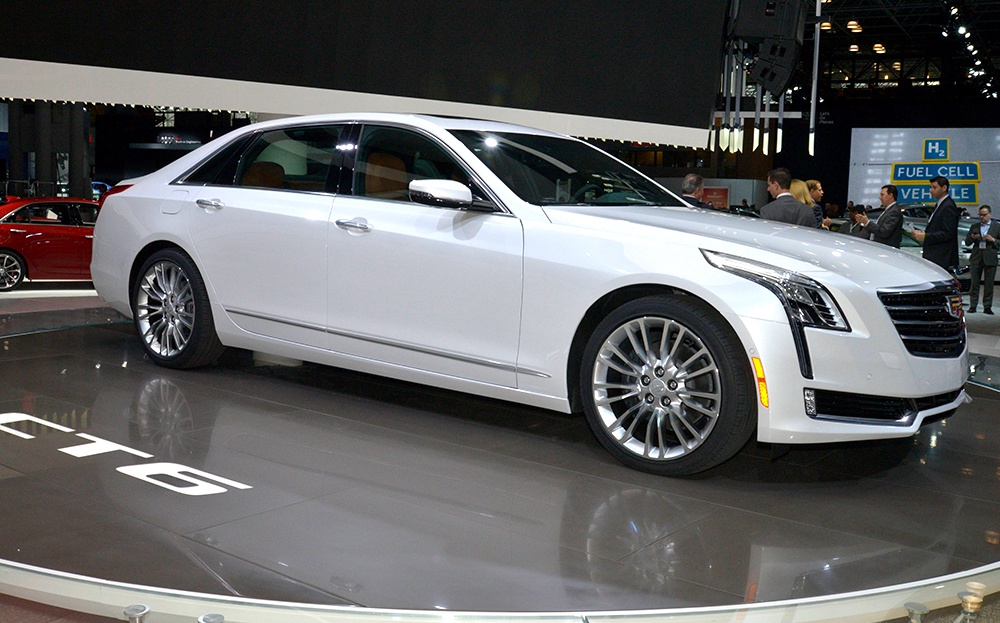 The Cadillac CT6 is a courageous attempt to take on the might of the Mercedes S-class and it will be heading to the UK, probably in 2016. It’s gargantuan and self-confidently American in a sector of the market dominated by Europe’s premium brands.

There’s some neat technology, including a wireless charging bay for a smartphone and a rear-view mirror that incorporates video images to get rid of blind spots. Much has also been made of the 34-speaker Bose hi-fi, but we’re far from convinced that the interior has the quality to match Audi or Mercedes. 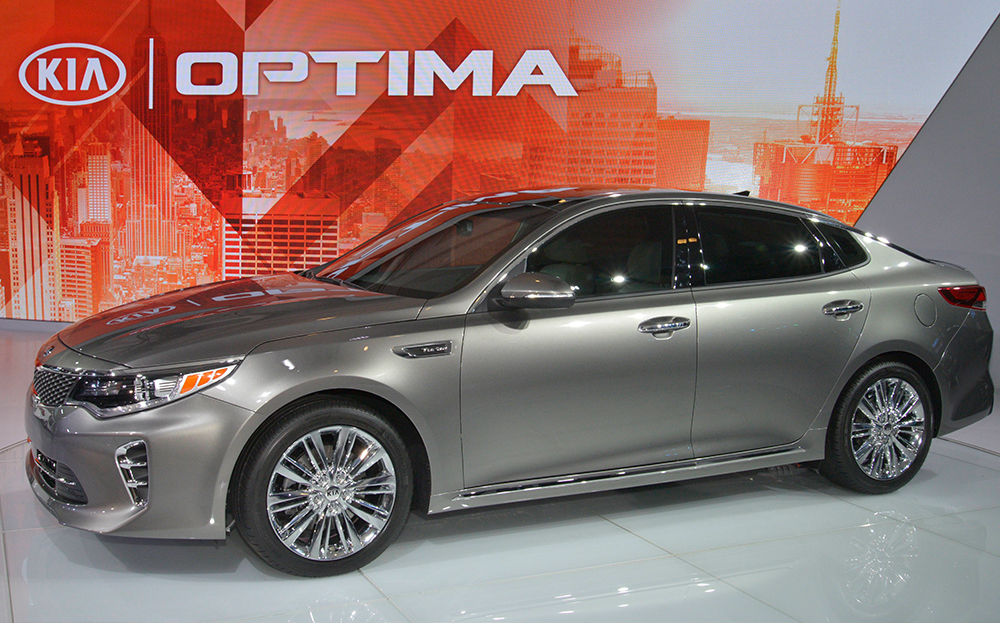 Back in something approaching the real world, Kia showed off the Kia Optima saloon, a version of which will come to the UK, where it will take on the Ford Mondeo. In the US the Optima will rival the Chevrolet Malibu, which also made its debut in New York and will share technology with the next-generation Vauxhall Insignia.

Teenagers in the UK will be hoping that this technology does not include the Teen Driver system. By keying a code into the car’s infotainment system, parents can get a report on Junior’s driving, including their maximum speed and whether any of the car’s safety systems were deployed. The car will even refuse to turn on the stereo unless the seatbelt is buckled. For all its benevolent intent, it doesn’t feel a product of the land of the free.

Mercedes said it was simplifying the range for consumers, so, for example, the Mercedes-Benz ML 63 AMG is now the Mercedes-AMG GLE 63 S 4Matic. It’s as clear as the River Hudson after a rainstorm

Teen Driver was not the only bizarre debut in New York. A subtle facelift for the Mercedes’ M-class SUV has been accompanied by a name change to the Mercedes-Benz GLE, which seems odd given that Merc’s new BMW X6 rival is also called GLE. Mercedes reassured us that it was all about simplifying the range for consumers, so, for example, the Mercedes-Benz ML 63 AMG is now the Mercedes-AMG GLE 63 S 4Matic. It’s as clear as the River Hudson after a rainstorm. 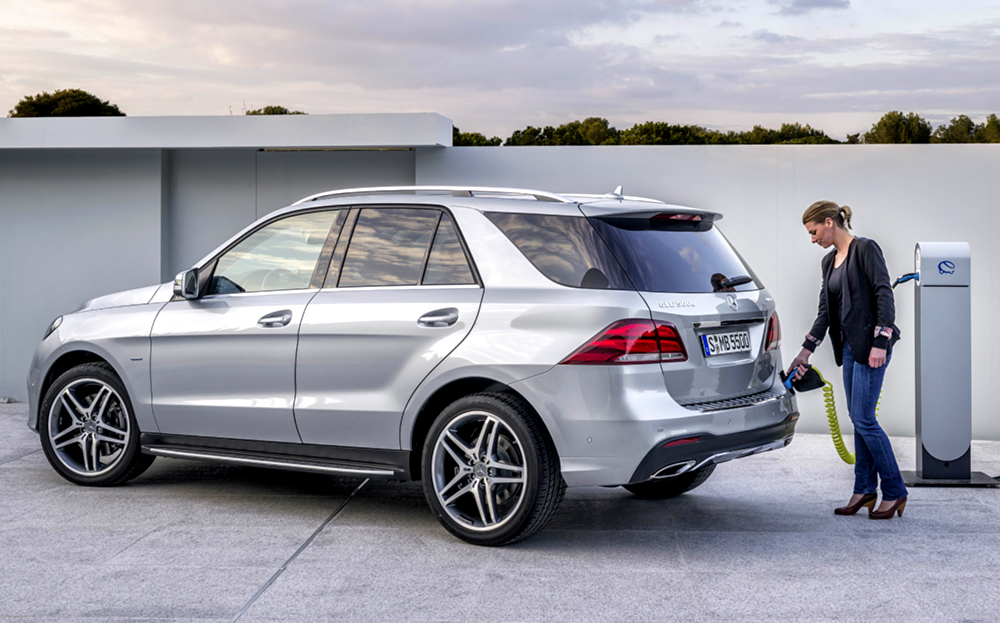 The New York show is fast becoming a vital event and not just because the car world loves an annual shopping spree in the Big Apple. There was genuinely significant news and it was being led by the British brands. It was a good week to be an Englishman in New York.