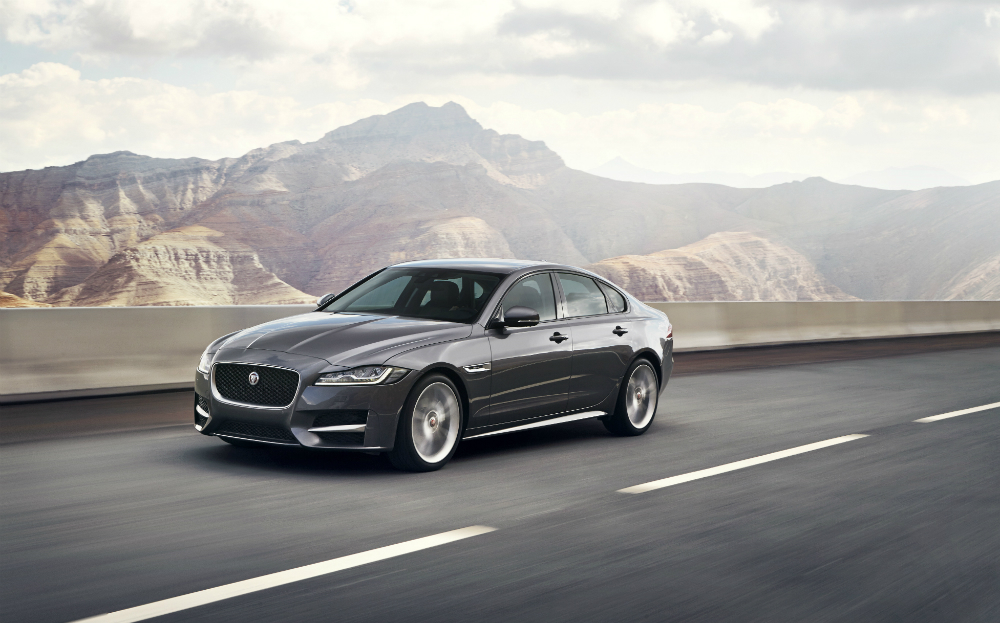 AWAY FROM the fancy stage sets and pumping soundtracks at the New York motor show, Jaguar’s new XF has a tough challenge ahead of it. As the British car marker’s bestselling model, it needs to prove that Jaguar can make cars that are not only desirable but economical enough for company-car users.

Browse the used Jaguar XF cars for sale on driving.co.uk

Jaguar says the overhauled model is so light, fuel-efficient and technologically advanced that it outperforms its main rivals made by Audi, BMW and Mercedes.

The latest XF is 80kg lighter than the competition and 190kg lighter than the outgoing model, which means more mpg and less emissions – important for company cars. The entry-level version will be powered by frugal 2-litre four-cylinder Ingenium diesel engines of varying outputs; a twin-turbocharged 3-litre diesel V6 and a supercharged 3-litre V6 petrol engine will top the range. 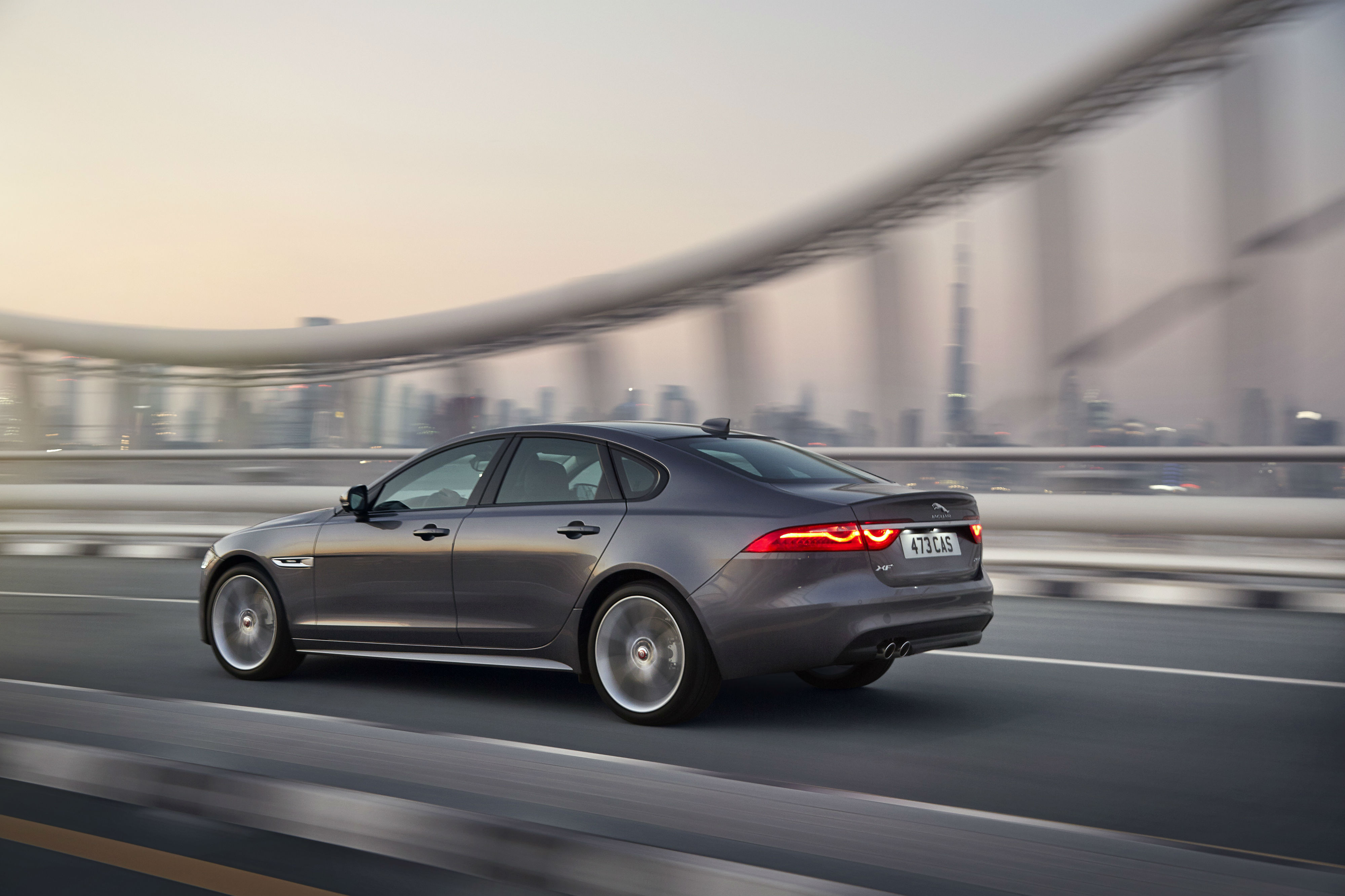 The low emissions mean a company car driver would pay just 18% in benefit in kind tax (BIK) for the entry-level XF, compared with 20% for the BMW or Audi, and 21% for the Merc.

They also place the new entry-level XF in tax band B, which costs nothing for the first 12 months and then just £20 a year. This 2-litre diesel engine is capable of returning 71.7mpg in the combined cycle, an improvement of almost 20% on its predecessor.

Entry-level models will come with an 8in touchscreen infotainment system, which is said to be simple to use. The cabin also has a programmable 12.3in instrument cluster screen replacing analogue dials and an optional laser head-up display. 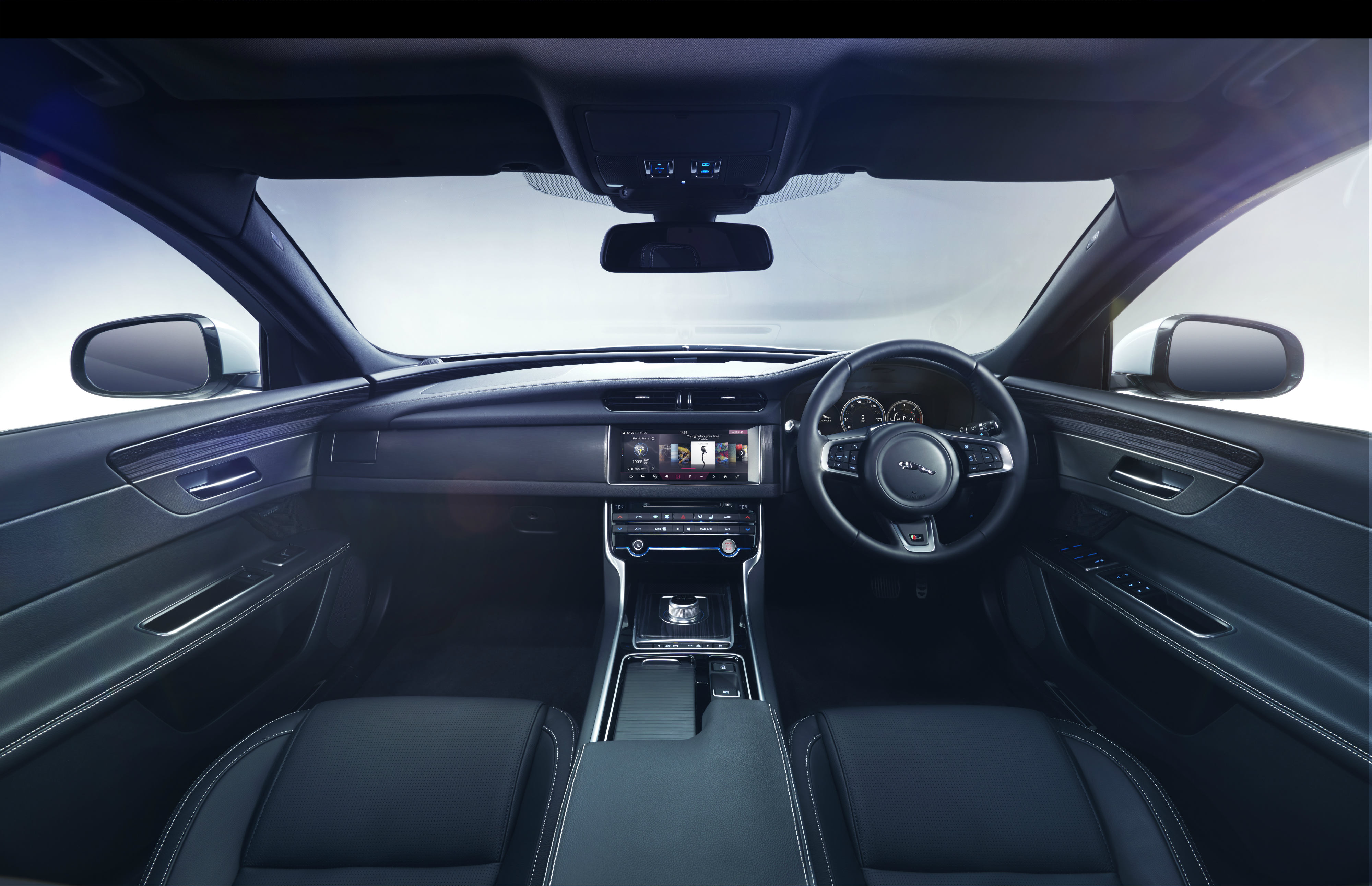 More expensive models will have a larger 10.2in infotainment touchscreen with Jaguar’s InControl Touch Pro system, which has a quad-core processor to keep apps running smoothly.

This system also features Dual View technology, which allows the driver to see information such as navigation while the front seat passenger watches TV or a DVD.

Four trim levels will be available: Prestige, R-Sport, Portfolio and the flagship S. The Prestige comes with leather seats, sat nav, alloy wheels, a range of InControl apps and a rear parking aid as standard.

How the Jaguar XF compares with the Audi A6,
BMW 5-series and Mercedes E-class