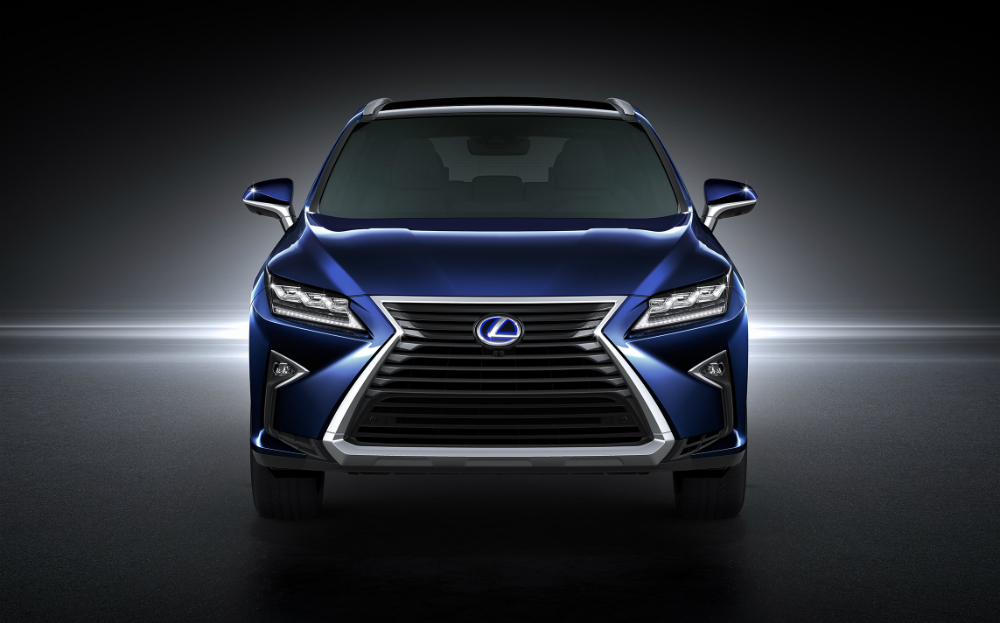 Lexus has sold 2.1 million RX models since its launch in 1998, making it by far the best-selling vehicle in the Japanese marque’s 26-year history. But faced with a host of new competition – including the Audi Q7 and Mercedes GLE – the Japanese car company can’t afford to stand still, and the fourth generation version of the RX is its answer.

Revealed at the New York motor show, the fourth generation of the luxury SUV (Sports Utility Vehicle) has undergone a plethora of major changes, including revised exterior and interior styling, a lengthened wheelbase and improved safety functions, to ensure it remains the marque’s best-selling model.

Engine details for UK specific models are yet to be released but the all-new RX will be available with an upgraded, more powerful 3.5-litre V6 petrol engine with a target output of 300bhp.

There are also plans for a full hybrid powertrain, which will also feature a 3.5-litre V6 and electric motors that combine to develop a total output of around 300bhp.

Major revisions have also been made under the skin, where the chassis has been strengthened to improve cornering stability and lengthened for increased legroom in the cabin.

Lexus says that most versions will also come fitted with Adaptive Variable Suspension (AVS), which electronically monitors and adapts suspension damping and steering to provide the best ride and handling set-up for various road conditions.

A new suite of active safety technology, dubbed Lexus Safety System+, will be introduced to all vehicles. This includes a Pre-Collision System (PCS), which is similar to that found on the new Volvo XC90 and detects and warns the driver of potential collision risks with vehicles, pedestrians and obstacles on the road ahead.

A Lane Departure Alert (LDA) triggers a warning sound if the vehicle moves out of its lane without signalling, while Automatic High Beam (AHB) helps maintain the best forward visibility when driving at night.

Stylistically, the new RX is more angular and attention-grabbing. Large 20-inch whels replace the 19-inch version of the outgoing model, while the cabin has been designed with luxury and comfort in mind. A head-up display projects driving information onto the windscreen and wide 12.3-inch monitor takes care of infotainment.

As before, an RX F Sport model will also be available at launch, which features bespoke alloy wheels and more muscular bodywork. Adaptive Variable Suspension comes as standard on these models, which features and additional firmer S+ suspension setting for improved high-speed cornering.

Details surrounding UK trim levels and pricing will be released closer to when the new RX goes on sale in late 2015.