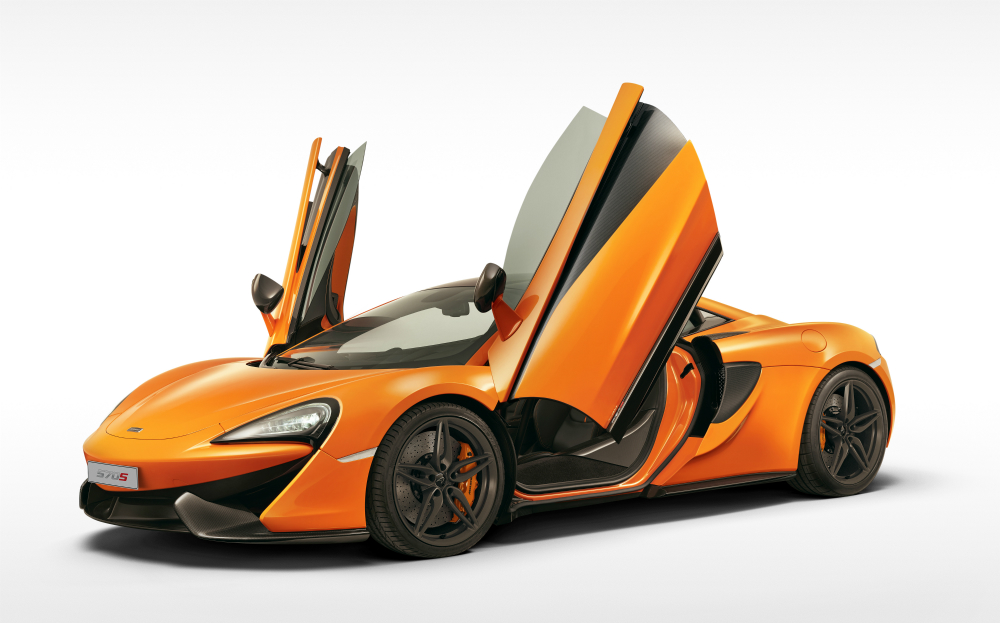 THESE DAYS telling a gathering of petrolheads at the Fox & Hounds that you drive an Audi or even a Porsche is barely likely to raise any more than a nod of acknowledgment before the conversation returns to how Bob’s woodwork classes – for the restoration of his Morris Minor Traveller – are coming along. Mention you own a McLaren, on the other hand, and you should draw the odd curious glance at the very least.

The barrier to owning a McLaren has previously been that it has involved a sum of money that would pay off the mortgage on a family home; the lowest priced costs almost £200,000. The new 570S – already nicknamed “the Mini Mac” – is more modest. Slightly. It requires the sort of money that buys a studio flat – £143,250. The same, in fact, as an Audi R8 V10 Plus or Porsche 911 Turbo S.

To be launched tomorrow at the New York motor show, the 570S is the smallest and most bread-and-butter model of the McLaren sports car range – the equivalent of Volkswagen’s Golf, if you like. McLaren hopes to sell more than 2,000 a year.

Mike Flewitt, the company’s chief executive, admits that the 570S may steal sales from the faster, more expensive 650S. “If we never sell another 650, I’m in big trouble,” he told Driving. “We know there’ll be a proportion of customers who just want the newest car, but the 650S is still faster and technically more capable.” 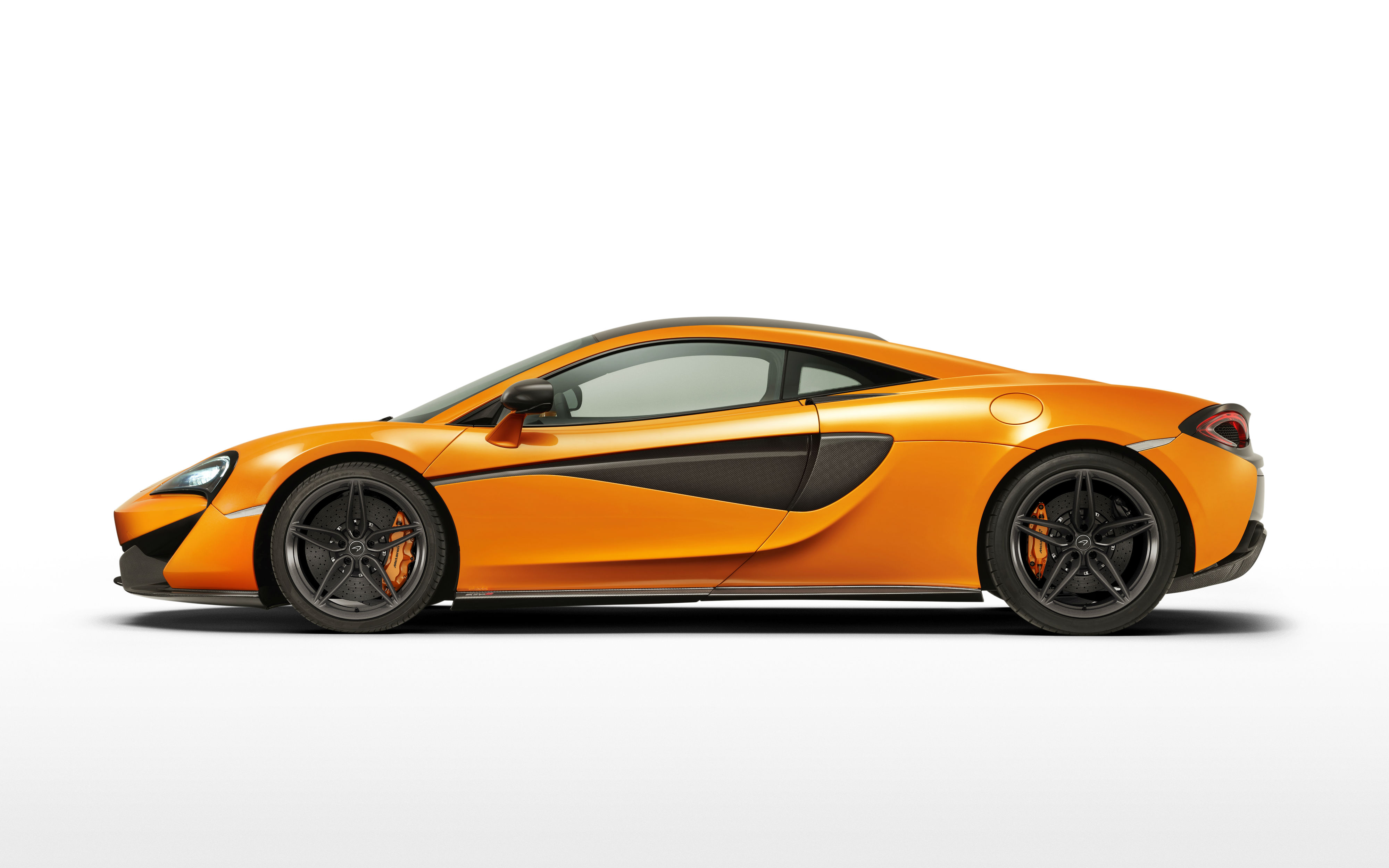 To protect the older car, McLaren will hold back the convertible version of the 570S until after the 650S dies in a couple of years’ time. “We expect the majority of sales of the 650 from now on to be the Spider,” Flewitt said.

The Mini Mac is no pipsqueak when it comes to standing up for itself in the playground. It features a twin-turbo 3.8-litre V8 petrol engine that develops 562bhp (or 570 metric horsepower – hence the name) and can propel the car from zero to 62mph in 3.2 seconds, to 124mph in 9.5 seconds and on to a top speed of 204mph. Any differences between this and the aforementioned R8 and 911 are negligible. 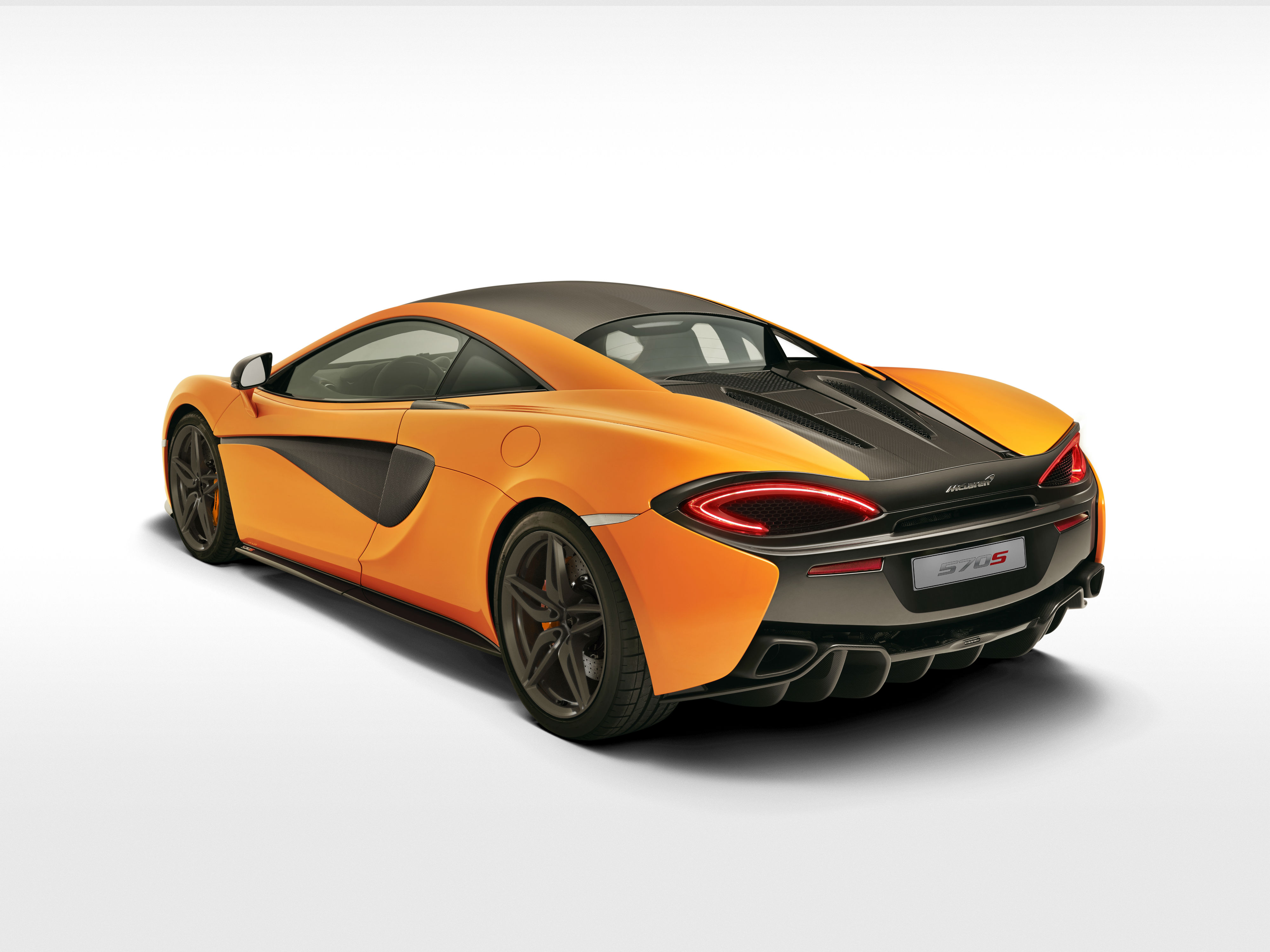 Power is sent to the rear wheels via a seven-speed dual-clutch transmission, and with a dry weight of 1,313kg, the 570S is lighter than its competitors – by nearly 300kg, in the case of the 911 Turbo S. This is partly because of its carbon fibre chassis and aluminium body panels – panels that have been styled to give a hint of the P1 supercar.

The 570S has double wishbone suspension and adaptive dampers that can be set to three modes – Normal, Sport and Track. Carbon-ceramic brakes are fitted as standard. 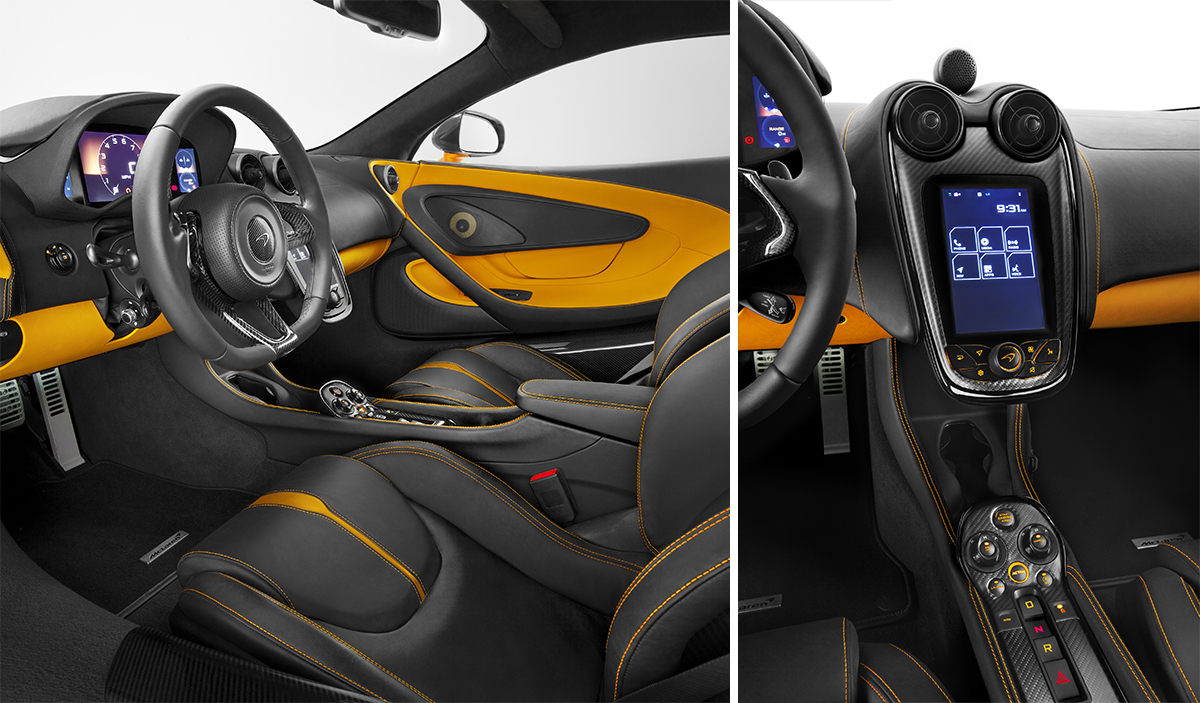 The company says the 570S is its “most usable McLaren to date”. It can return 25mpg in everyday driving conditions and there is a 150-litre luggage compartment under the nose. The cabin has Bluetooth connectivity, a digital radio and a touchscreen infotainment system. 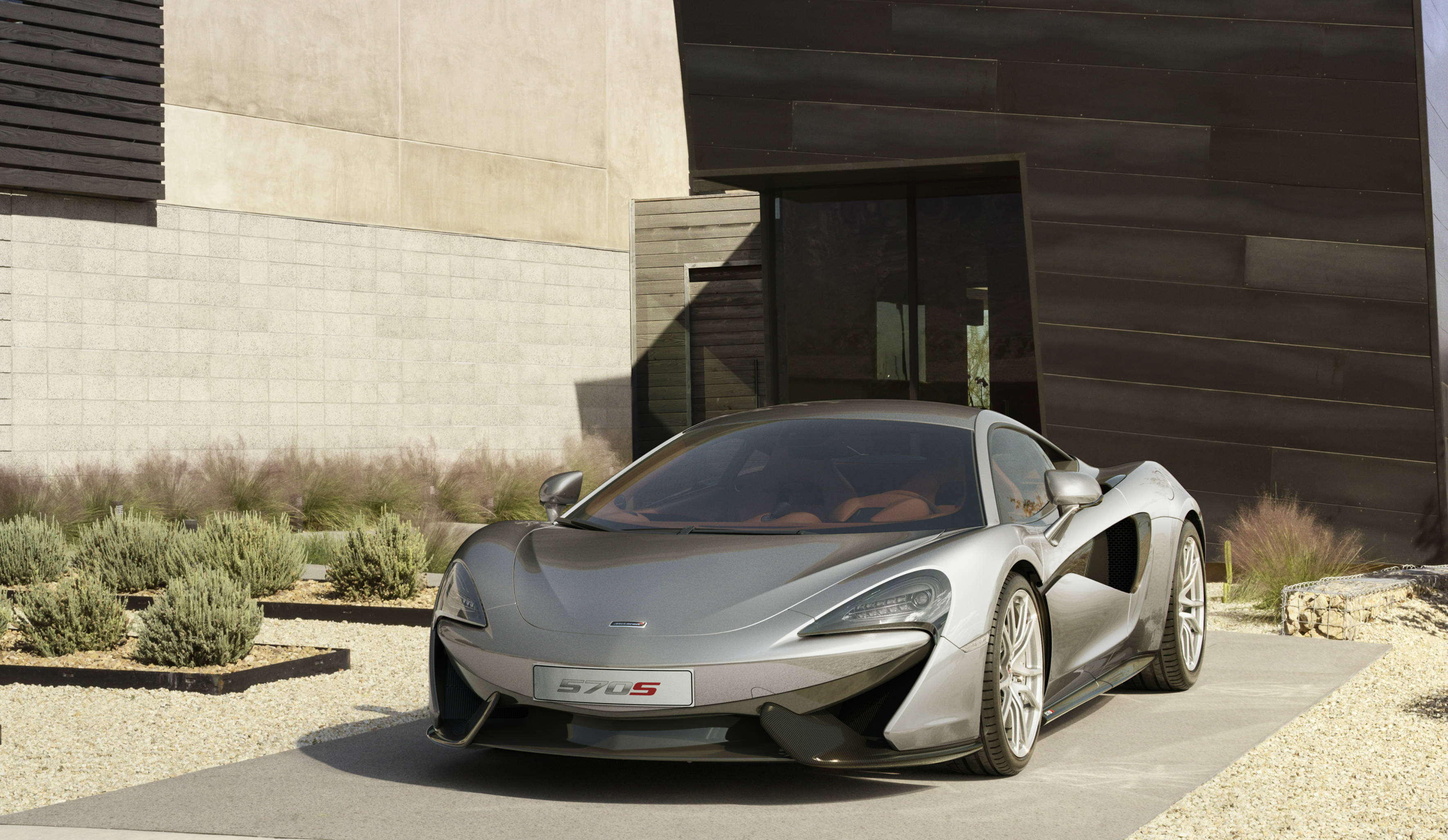 At the Shanghai motor show towards the end of the month McLaren will reveal a 540C – a more comfortable, less powerful version of the 570S, which will cost from £126,000. “At this price there is little direct competition,” says Flewitt, “and we’re expecting lots of people to lease the car, rather than buy it outright. It’s taking us into a different area of the market.”

For a full gallery of images, head to our Facebook page.