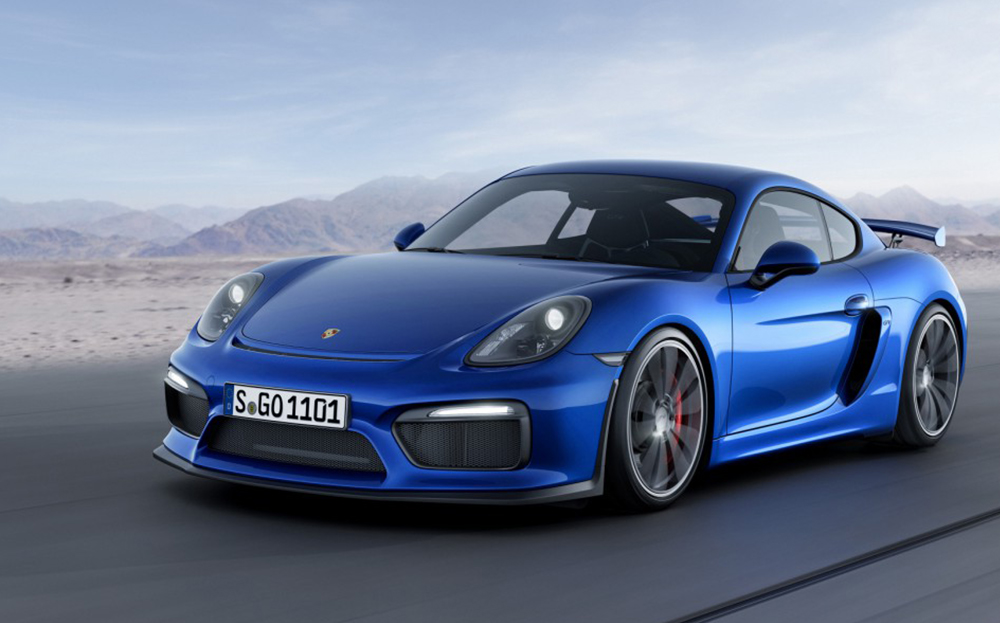 TO CALL the racetrack at Portimao a bit daunting is a little like saying Ayrton Senna was quite talented. The Portuguese circuit has so many blind crests and tricky corners and such dramatic changes in elevation that it gives pause to even experienced drivers.

Browse the used Porsche Caymans for sale at driving.co.uk

There is one particular corner that leads onto the main straight that can be taken at more than 90mph. Not a place to get it wrong, then, and during a previous visit with a German sports car maker the bend was coned off, effectively creating a contraflow and a head-cooling run down the pit lane.

For the launch of Porsche’s Cayman GT4 there are no cones anywhere in sight. Not one. Which is either a vote of confidence in the driving talents of the assembled journalists, or a conviction that the GT4 is good enough to save even the most cack-handed helmsman from any ham-fisted cornering (more on that later).

The GT4 is the most powerful, most extreme road-going Cayman to date. It sends 380bhp to the rear wheels, courtesy of the same 3.8-litre flat-six engine as powers the 911 Carrera S; that the GT4 has slightly less power makes next to no difference as it’s also lighter than the Carrera S by 75kg. In short, it goes like stink. 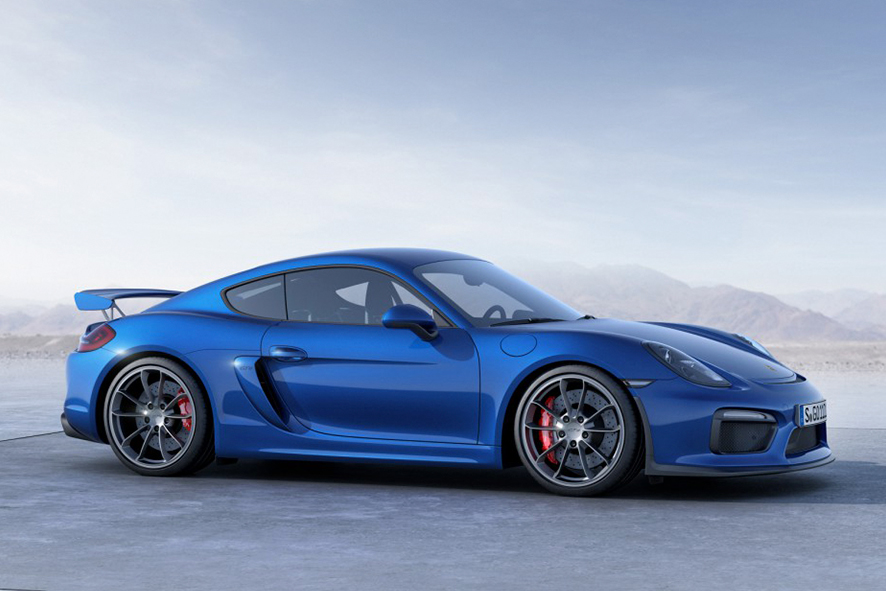 The GT4 is very obviously not your dentist’s Cayman. It sits more than 1in lower than the standard car and its underpinnings are borrowed from Porsche’s sensationally good 911 GT3. These include the oversized brake discs, which are a reminder that this Cayman is happiest on a track. And if you need further convincing of its hardcore character, take a look at the transmission. It’s a six-speed manual — there’s no automatic option.

At the front are three large air intakes and a ground-snuffling spoiler lip; at the rear is a fixed wing. The GT4 is the first Cayman to develop downforce — like a Formula One racing car — at the front and rear of the car.

Climb aboard and drop down into the bucket seat, which sits lower to the floor than in any other Cayman, and you’ll be greeted by one of the best driving positions to grace a sports car. Crank the ignition and that big flat-six cackles into life, all woofles and pops. You can also sharpen up the tailpipe note by pressing a button that opens flaps on the exhaust.

Move off and the pared-back nature of the car becomes obvious. In order to keep the weight down, virtually all of the sound insulation has been jettisoned, so you’re treated to engine growl, a little bit of gear whine and a lot of road noise.

And, oh lordy, is it quick. It feels as if virtually every one of my senses is being assaulted (in a good way), from the shrieking wail of the engine as it spins to nearly 8000rpm, to the vicious shove in the back from the acceleration, and then the telepathically good feedback through the steering wheel. 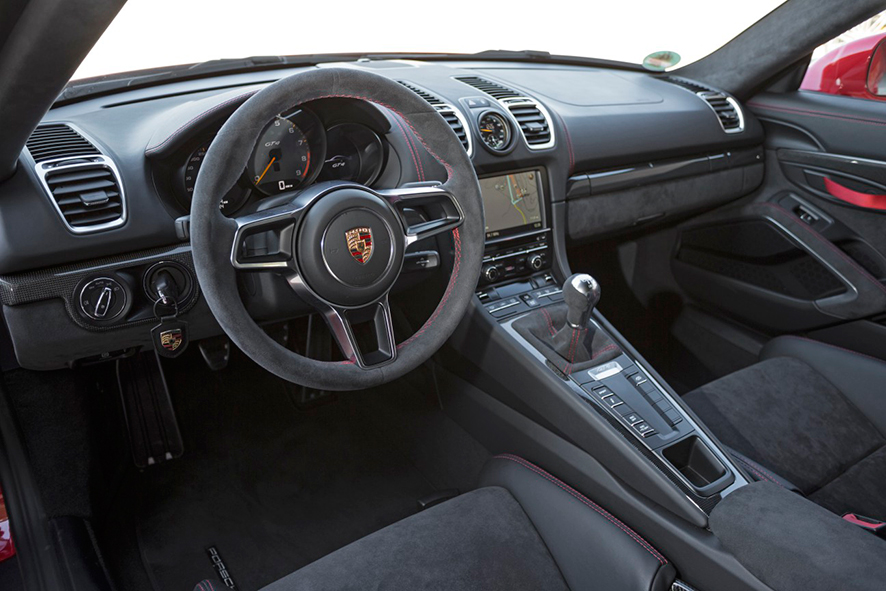 I follow a slightly — OK, not so slightly — deranged German instructor driving a 911 Carrera GTS as if he’s got a bit part in The Fast and the Furious. And then we go through that corner, the one that previously had been banned. There’s no problem as the communication through the steering wheel and the car’s unflappable balance mean the GT4 just corners flatly and stably, with a hint of oversteer on the exit. Then we go faster and still it just shrugs off the demands of the pace.

This is the first time a Cayman has had more power than the standard 911 of the day — its 380bhp is enough to get you to 62mph in 4.4 seconds and on to 183mph. The power comes on in a perfectly linear fashion with the engine note hardening as the revs rise to near 8000rpm. And that mechanical, precise, short-throw shift is so good to use that I’m changing gears just for the hell of it.

It’s the phenomenal agility of the GT4 that stays with me the longest, though. As I head back out onto the serpentine roads south of Lisbon the car really comes into its own. There’s a Sport button with just one function: when you downshift, the system automatically blips the throttle to match the revs. It works brilliantly and as I dive into yet another tight second-gear corner the engine delivers a perfect little woof of throttle. This is very cool.

The car is fitted with ultra high- performance tyres, and as we navigate wildly twisting B-roads the grip on offer feels sensational — the car refuses to understeer. Even better, the balance is confidence-inspiring, which is largely down to near-perfect weight distribution and the engine being mid-mounted. But as you’d expect, the ride is quite firm, albeit not punishingly so.

With all that grip at the front and sensationally good balance, this has to be the most compliant car I’ve driven. So when you pile into a corner with maybe a whiff too much speed and the tail gently comes around at the exit, everything that you’ve been feeling through the wheel and the chassis has you thinking, “I knew that was going to happen.” 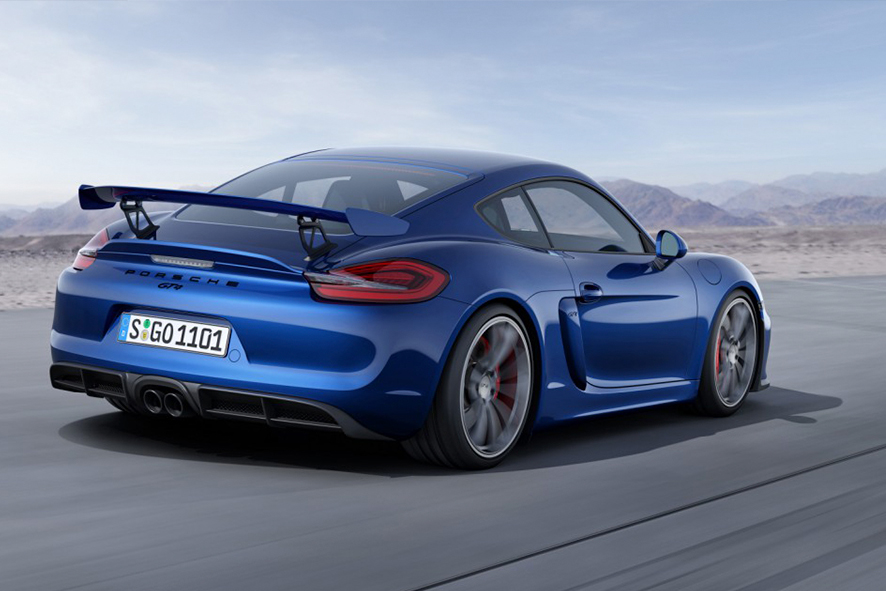 This car will flatter any driver. If you want to, you can switch all of the stability and traction control systems off (to be fair, with everything on, the GT4 still allows a decent amount of slip) and smokily slide the Cayman through tight turns without fear that it will bite back.

If you plan on taking it regularly on track days — yes. If not, you’ve basically bought a less refined, noiser, firmer-riding car to go posing in. Fine, if that’s your bag, but for everyone else, buy a hardcore car only if you plan to do hardcore driving.

Browse the used Porsche Caymans for sale at driving.co.uk

The Cayman finally gets the power it deserves