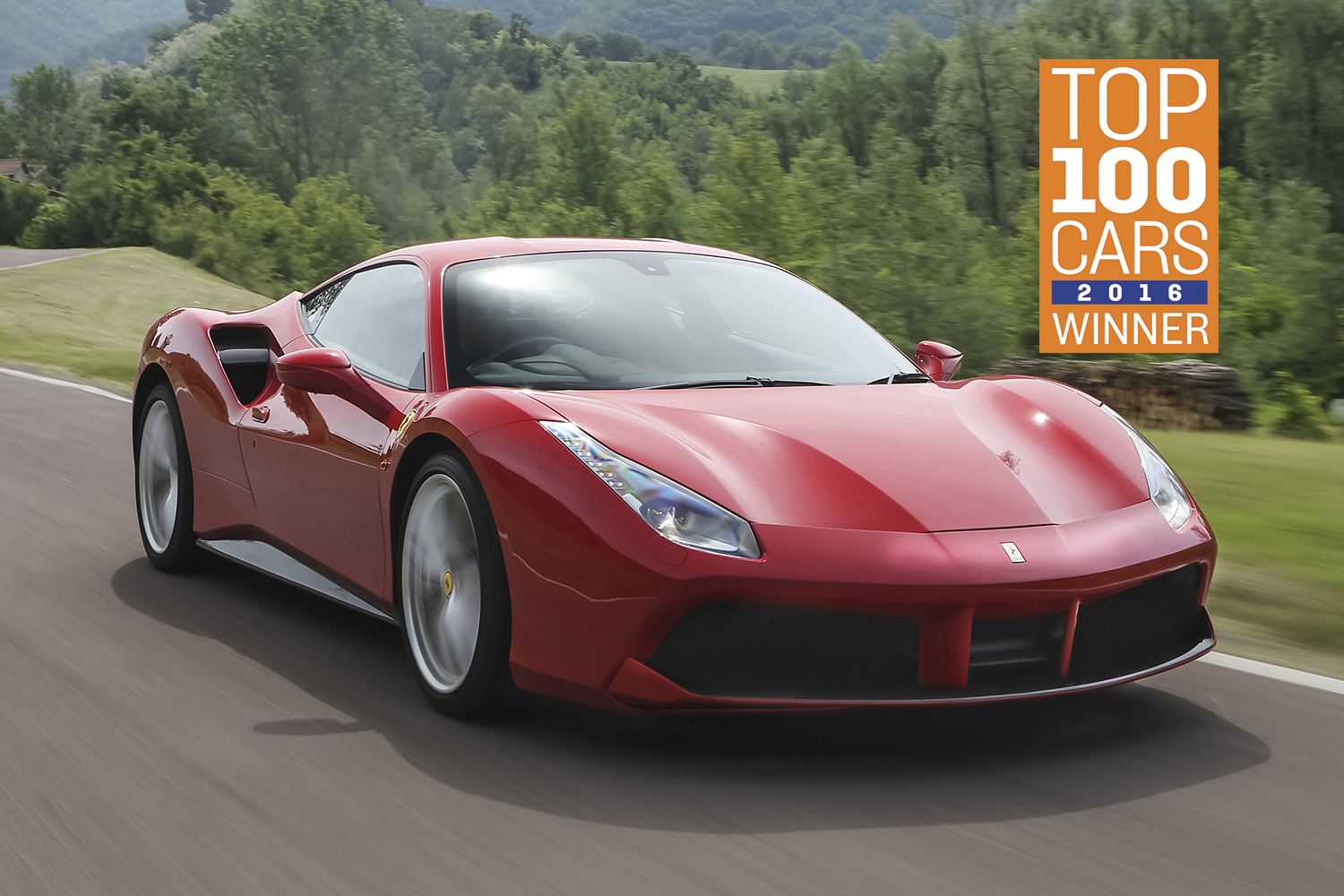 The latest sensation to roll out of Ferrari’s Maranello factory is fierce — in the way it looks, in the titanic 660bhp from its 3.9-litre twin-turbo V8 and in the way it needs to be driven if you’re looking for its peak performance. Aerodynamics dictate even the shape of the door handles, and the car generates downforce at the front and back, while the sophisticated electronics wring every trace of grip from the tarmac. Few will have the skill or bravery to come close to the limit of the 488 GTB’s ability.

But whether you’re on the road to Bodmin or at Brands Hatch, the car delivers fireworks every time, with massive performance on tap at any speed. Replacing the naturally aspirated engine in its predecessor, the 458 Italia, with a smaller, turbocharged V8, means that it delivers peak power more of the time, from lower revs. Performance at the very top of the rev range is less spine-tingling than before but we’ll take that trade-off for one of the most drivable and rewarding Ferraris yet made.

View the used Ferrari 488 GTBs for sale on driving.co.uk 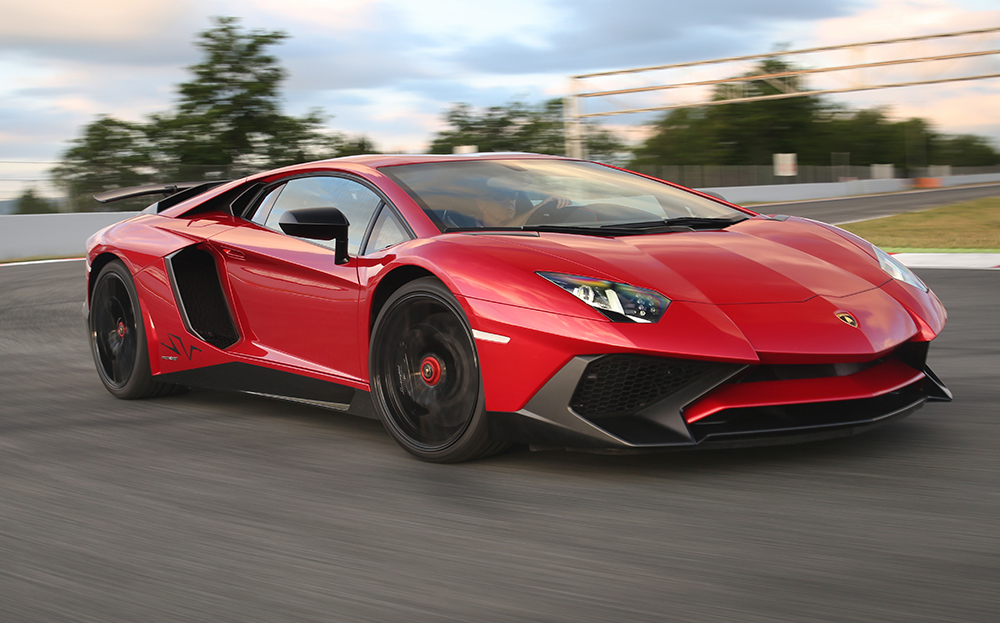 This Lamborghini Aventador is an old-school supercar in the best sense of the word: low, loud, fantastically styled and in the case of the Superveloce (SV) savagely fast. The SV builds on the standard Aventador by boosting power by 49bhp to 740bhp, losing about 50kg and gaining serious aero downforce with that outrageously huge rear wing — if you don’t like lots of attention, look elsewhere.

However, if you want to experience what 740bhp can do to your senses, then step on the accelerator pedal — just reading the statement “0-62mph in 2.8 seconds” doesn’t begin to convey the fury of a 6.5-litre V12 wailing all the way to 8400rpm as all four wheels scrabble for grip. Sure, it’s not as clever as some of the new hybrid hypercars on the block, but the Aventador SV still delivers that supercar strut with Italian passion.

View the used Lamborghini Aventadors for sale on driving.co.uk 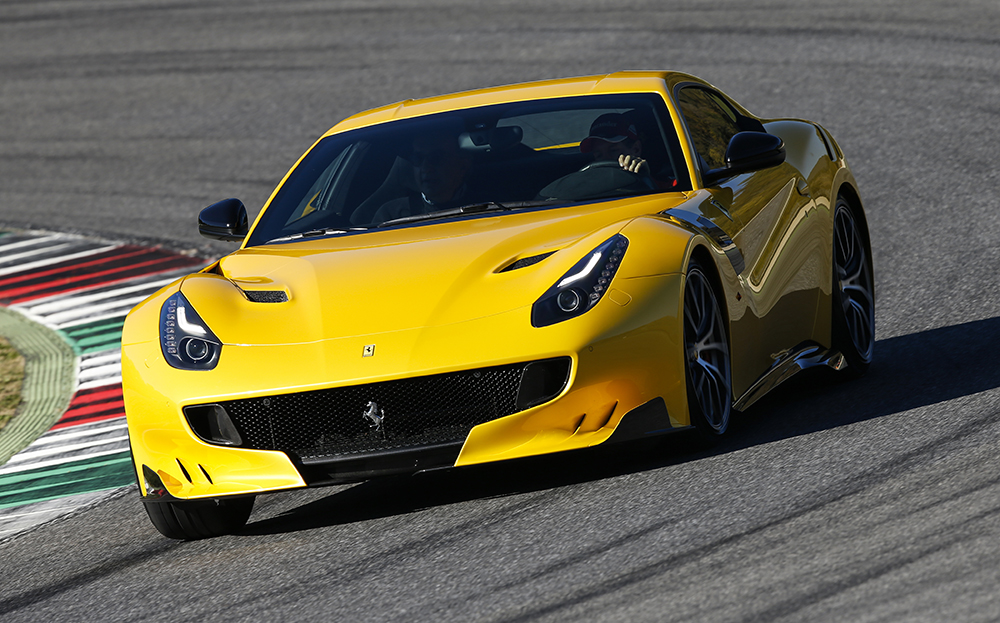 This really is grand touring in classic Ferrari style: gloriously over the top, big-coupé styling with a massive 770bhp V12 lump stuck out at the front. It’s named after the Tour de France motor race where Ferrari had great success, although the company can’t spell it out as the cycling event now holds the rights to the title.

Based on the “regular” F12, this hardcore version gets a 38bhp power hike over its sibling and a higher limit of 8500rpm. The result is a supremely agile car and one that makes a shiversome animal howl.

Unfortunately the F12td is one of the cars in this category built in such limited numbers that they are not on sale to just anyone; you need an invitation. As such, all 799 units have been sold but specialist supercar dealers will be able to get hold of one — for a terrifying premium. 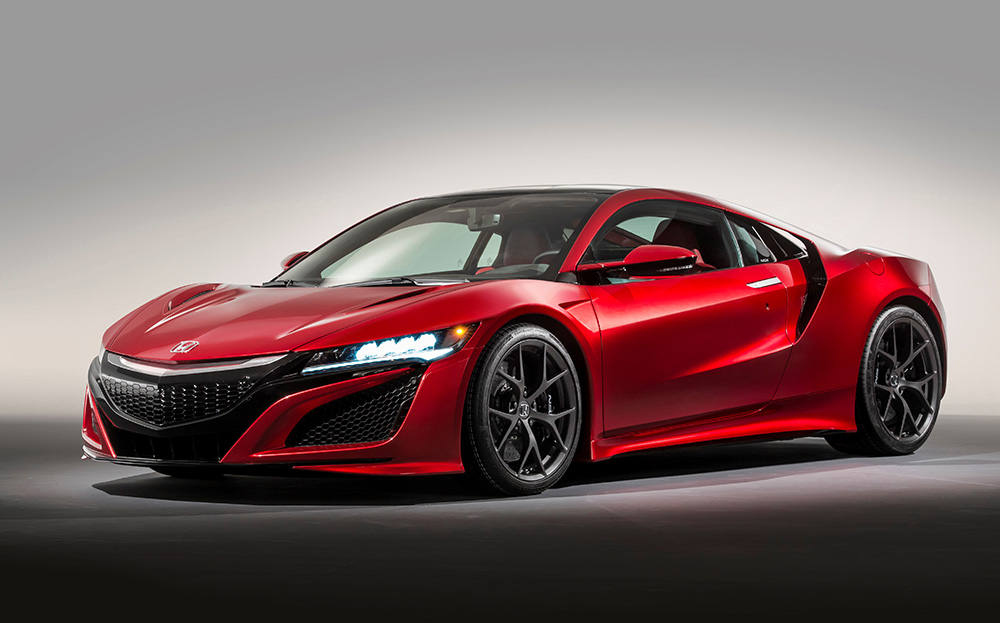 When the NSX arrived in 1989 it made Ferrari take note: the Japanese supercar  didn’t break down every five minutes and it was easy to live with and a lot less expensive too. Oh, and it was sensational to drive because the Honda asked its own Formula One  driver Ayrton Senna to sign off the chassis.

The ethos remains behind the new  NSX but the technology is radically different. A mid-mounted twin-turbocharged V6 sends power to the rear wheels, but there’s also an electric motor at the back, and two up front, making this NSX  all-wheel drive and boosting the power.

The result is 0-62mph in  less than three seconds and the fleeting ability to waft about silently. Our brief drive suggests that the car is going to be very special when it goes on sale later this year. It’s the (not very) poor man’s alternative to  hypercars such as  Ferrari’s LaFerrari.

View the used Hondas for sale on driving.co.uk 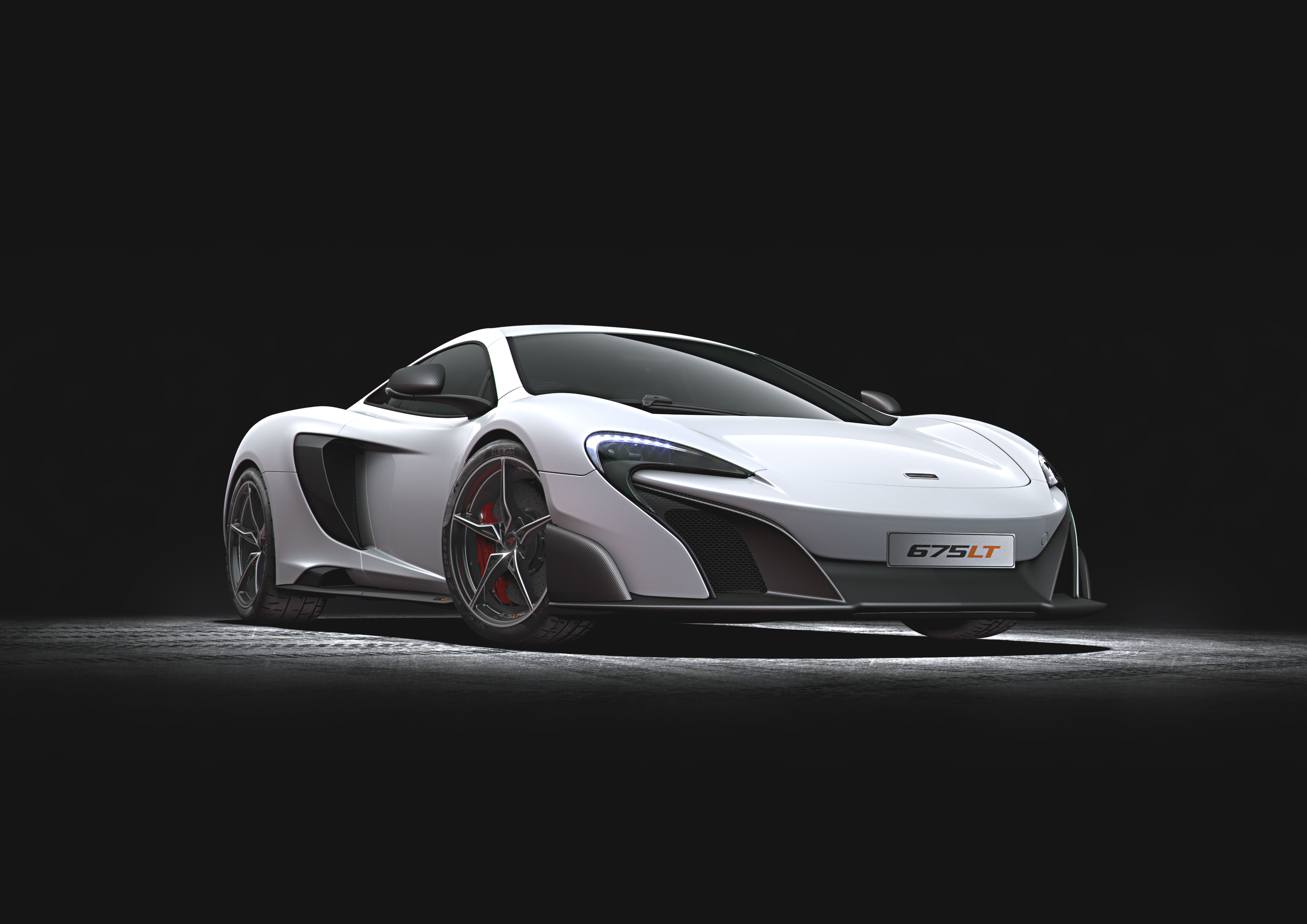 The 675LT takes the ingredients of its 650S little brother and whips up something more powerful, lighter and devastatingly more capable on track. This isn’t some mild reheat of an already great recipe, either, it’s a complete rethink: the glass, a polycarbonate engine cover and forged wheels have all been replaced with lighter versions to save 100kg of weight.

Power has been boosted by 25bhp over the 650S, hence the 675 name (the LT stands for Longtail). Increased downforce gives it the kind of performance more akin to a full racing machine, but it’s still great to drive on the road. With a powerful V8 and a top speed north of 200mph, the 675LT could even give its £1m hypercar sibling the P1 something to think about. So it’s no surprise to learn it has already (officially) sold out.