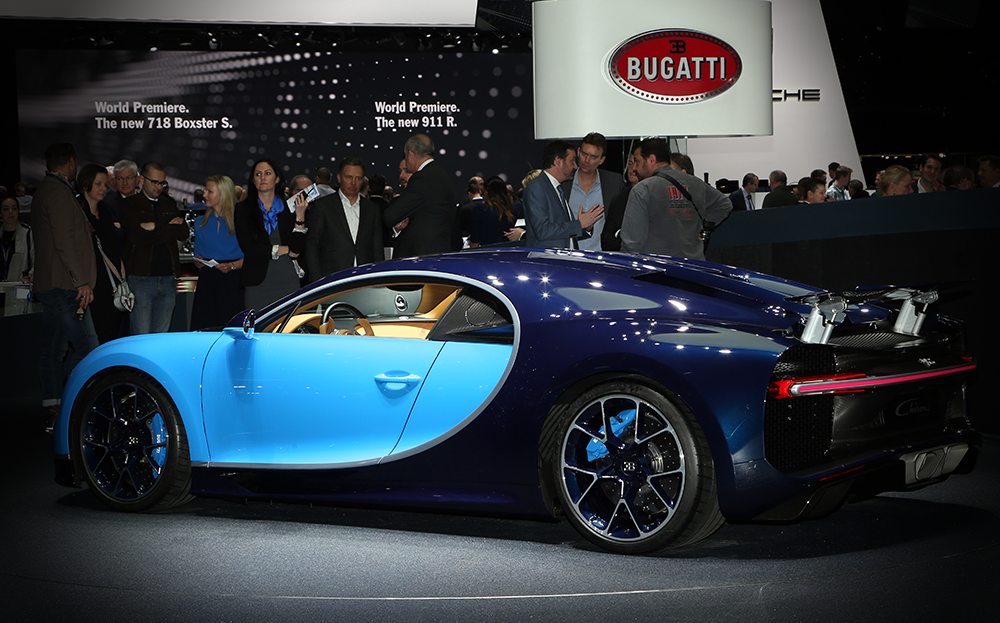 THE GENEVA salon is one of the smaller motor shows in the calendar, but what it lacks in sheer number of cars it makes up in status. It’s amazing how many new ideas and key launches the car makers can cram into such a compact space.

These are the highlights from Geneva 2016: 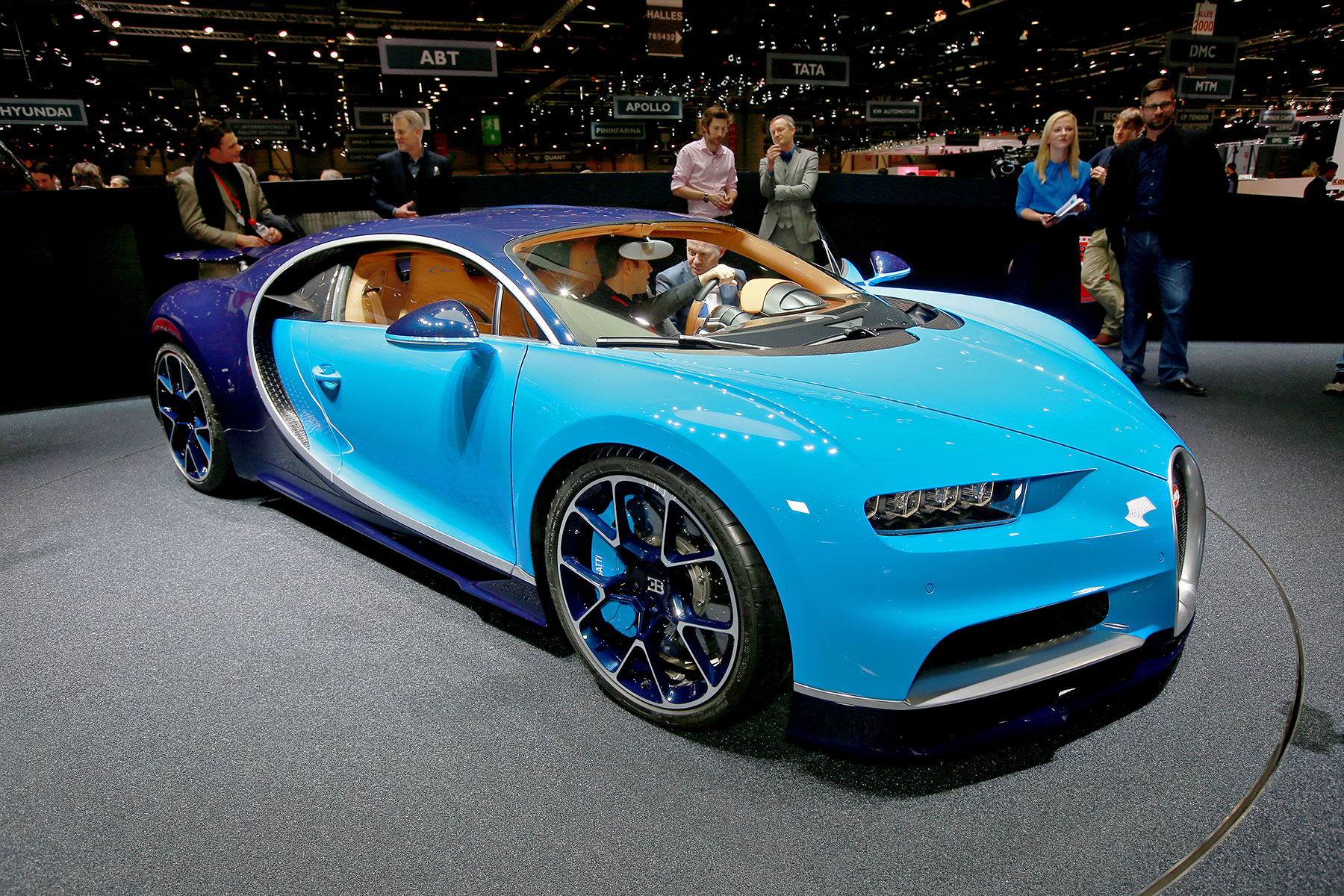 Taking over where the Veyron left off, the Bugatti Chiron is 1,479bhp of pure madness. With its 261mph top speed and £2m price tag, it will be limited to 500 cars, 180 of which are already spoken for. Read our 20 mind-blowing facts about the Chiron here. 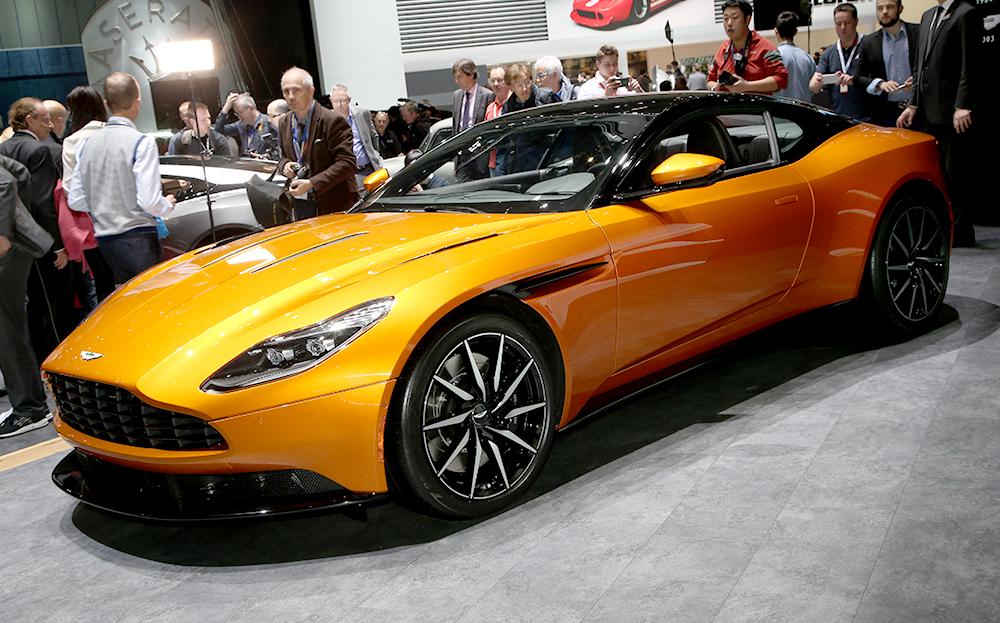 Rather more affordable is the £155,000 Aston Martin DB11, which looks not dissimilar to  every other Aston model of the past 20 years. But that’s no bad thing in our book. An image was leaked online by an overeager customer before its official unveiling in Geneva, but here we get a proper look at the 200mph beast, with its 600bhp twin-turbo 5.2-litre V12. 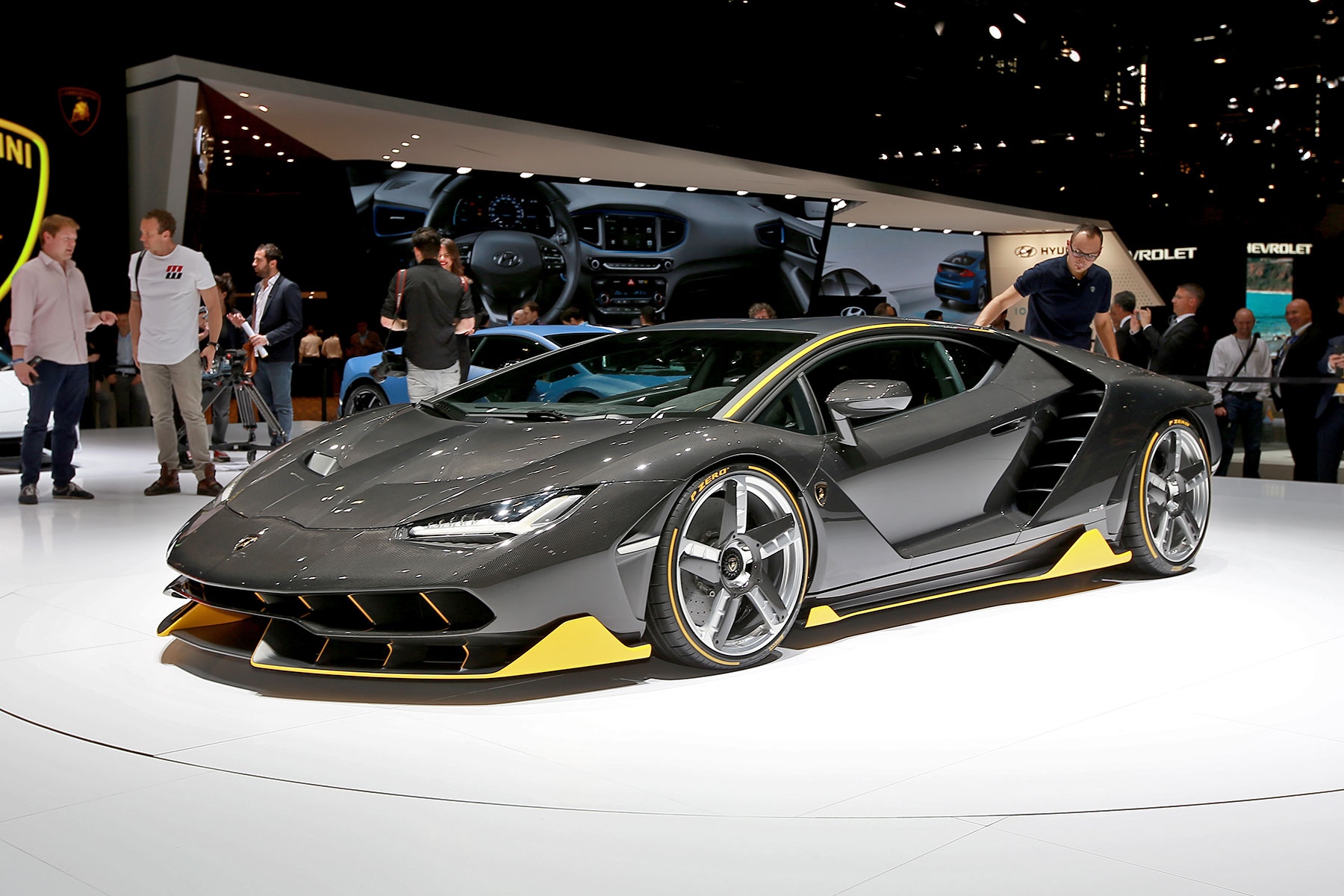 The 759bhp Lamborghini Centenario marks 100 years since the birth of the company’s founder, Ferruccio Lamborghini. Just 40 cars will be made, priced at £1.64m apiece — 20 coupés and 20 roadsters, all of them already sold. A sound investment, we’ll wager, for those who could afford it and are on Lambo’s speed-dial list. 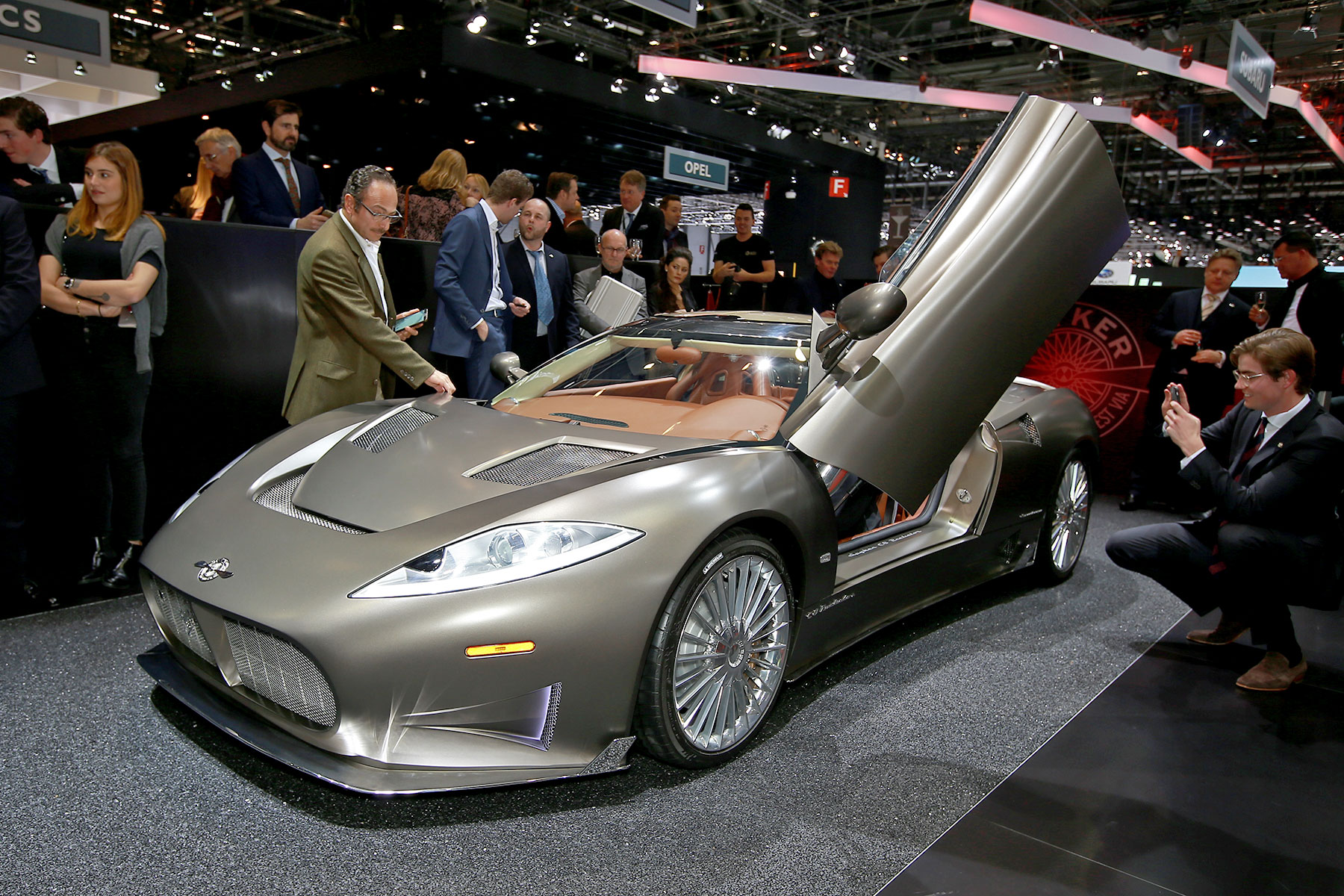 If you thought Spyker had disappeared, after its unsuccessful attempt to save Saab, think again. At Geneva the Dutch sports car maker’s latest variation on the C8 model is on display, the C8 Preliator. A supercharged 4.2-litre V8 provides 518bhp, which is said to be enough to give a top speed of 201mph. Production is capped at 50 cars, priced from £303,000. 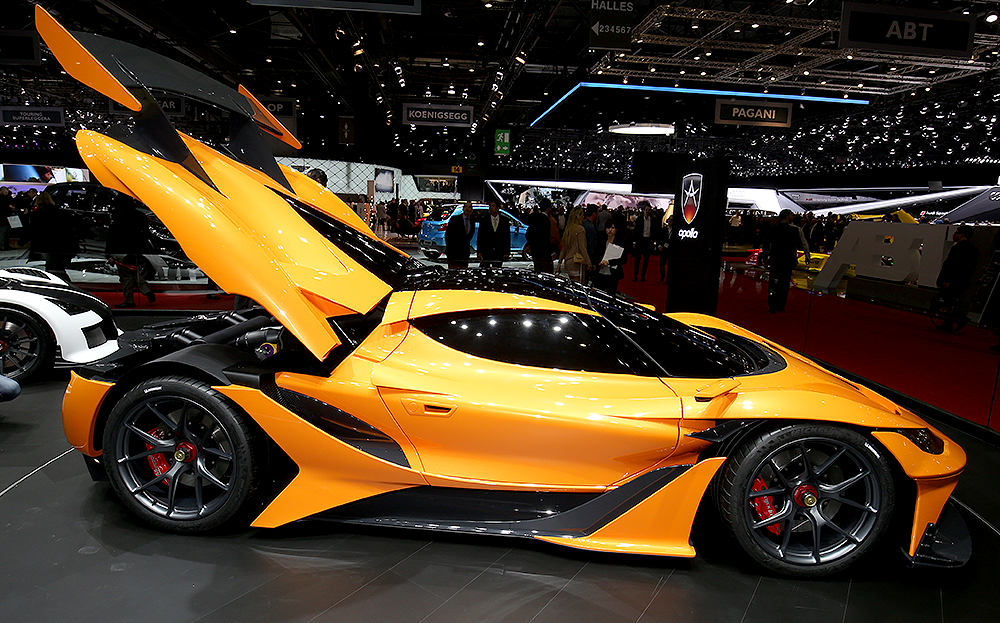 Another company back from the dead is Gumpert, now rebranded Apollo, which has revealed the dramatically styled ApolloN in prototype form. Packing a 986bhp twin-turbo 4-litre V8, the car is meant to be capable of 224mph. 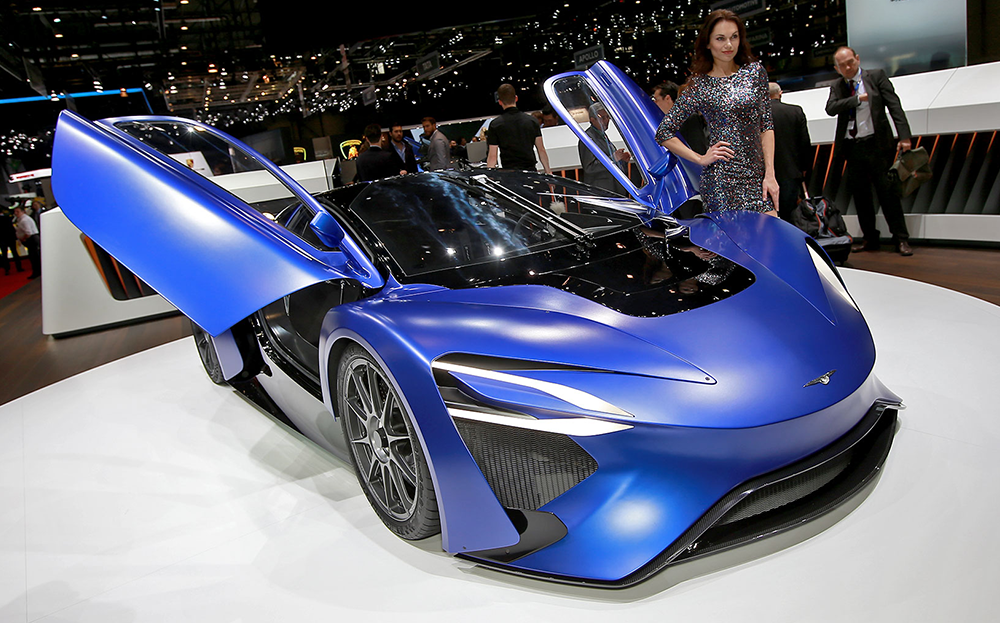 The Chinese company Techrules has unveiled two prototype variants of its coming hypercar: the AT96 TREV and the GT96 TREV. The former runs on aviation fuel and the latter on gasoline, or petrol to you and me. Both have six electric motors continuously recharged by turbines; a total output of 1,030bhp gives a top speed of 217mph. Most extraordinary of all, the torque is said to be higher than 6,000 lb ft and the range 1,200 miles. Production is some way off, though the AT96 prototype has been in testing at Silverstone. 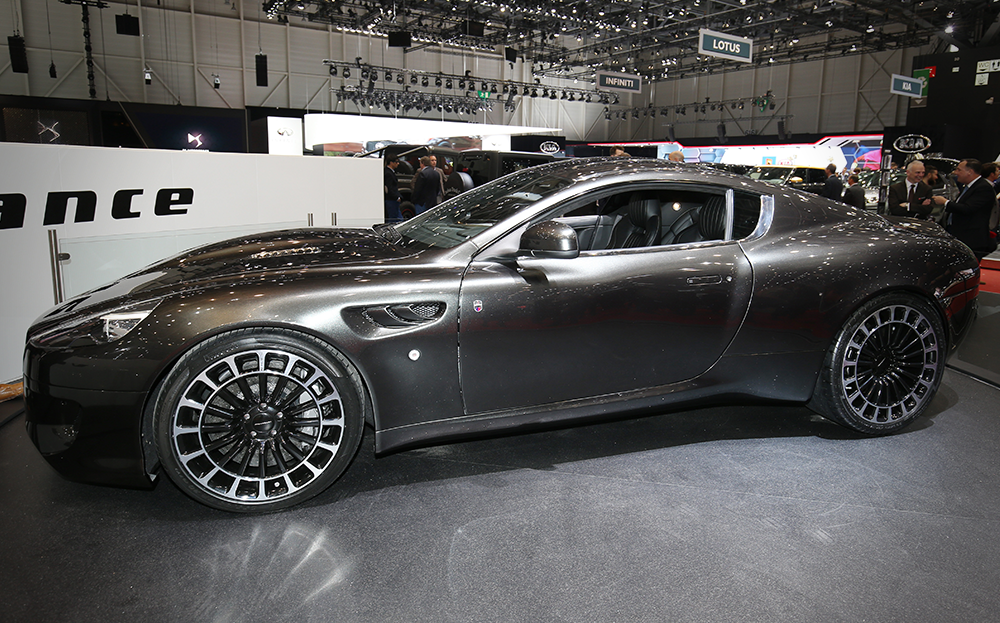 The Kahn Vengeance, based on the Aston Martin DB9, is less a new model and more a body kit. It’s expected to carry a huge premium over the price of the Aston, even though all the changes are purely cosmetic — the donor car is untouched mechanically. 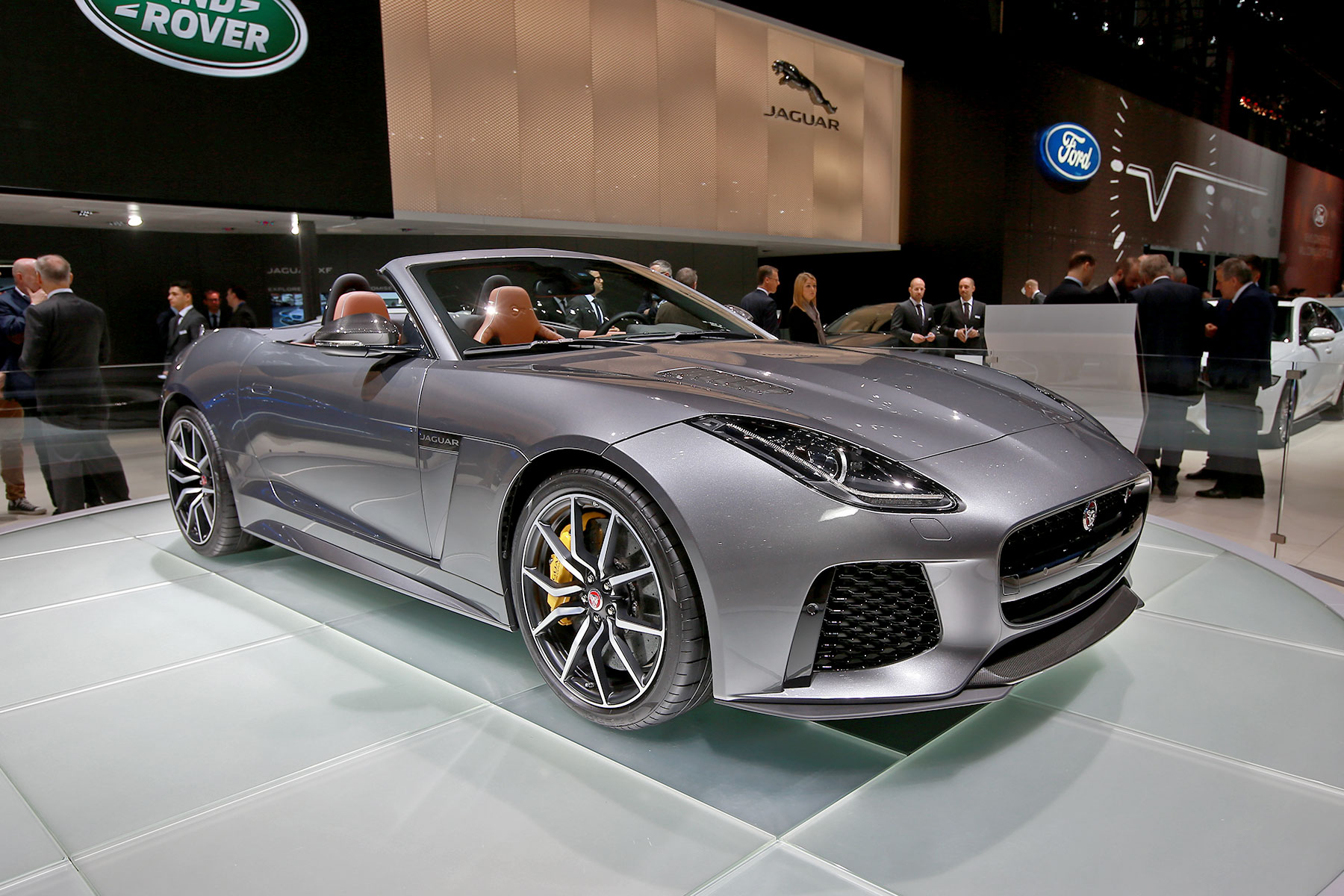 Also at the show, which ends on Sunday March 13, are variants on established models, including the 200mph Jaguar F-type SVR in coupé and convertible forms, the McLaren 570GT (a more luxurious version of the 570S) and the 186mph Lotus Evora Sport 410. 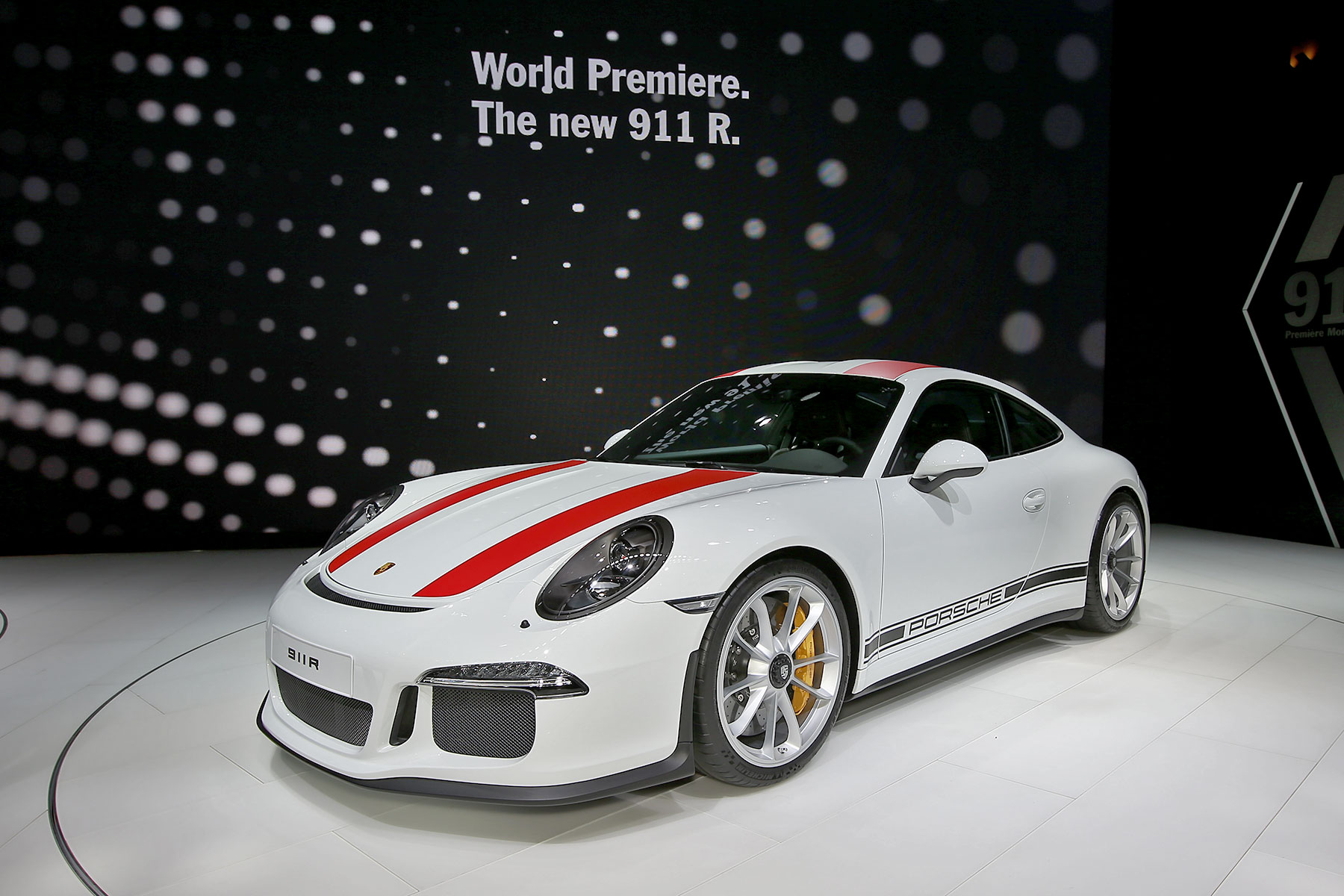 Porsche has unveiled the 911R, limited to 991 examples (991 is the series number of the current 911) costing £137,000. Powered by a naturally aspirated 4-litre flat six, which feeds the rear wheels only via a six-speed manual gearbox, the 493bhp machine has been created to keep the purists happy after grumbles over the 911 acquiring a turbo in its latest makeover. We suspect it will. 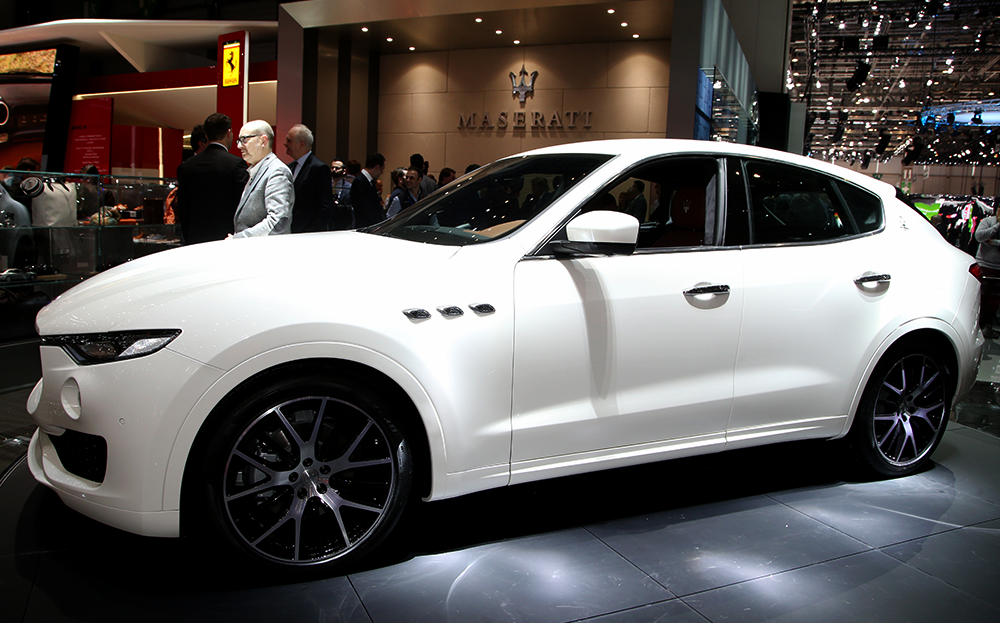 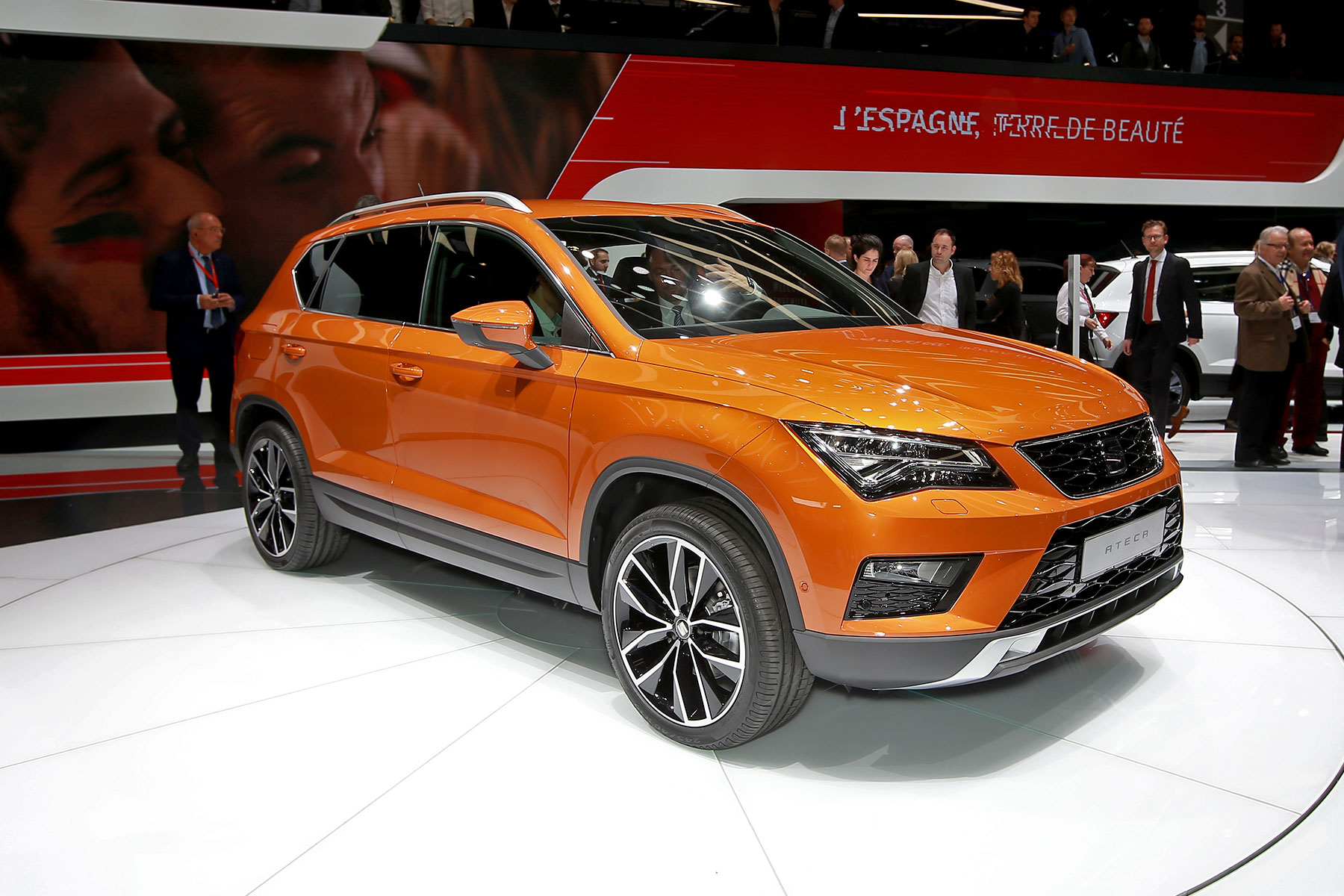 The less extravagant Seat Ateca is born to take on crossovers such as the Nissan Qashqai and Ford Kuga. Using engines from the Leon hatchback, this new compact SUV looks pin-sharp, from its in-cabin tech to its sporty handling and the nifty crease in the bodywork. [Also read: Interview: Seat cars design chief on creases, tension and his little white lie at Coventry design school] 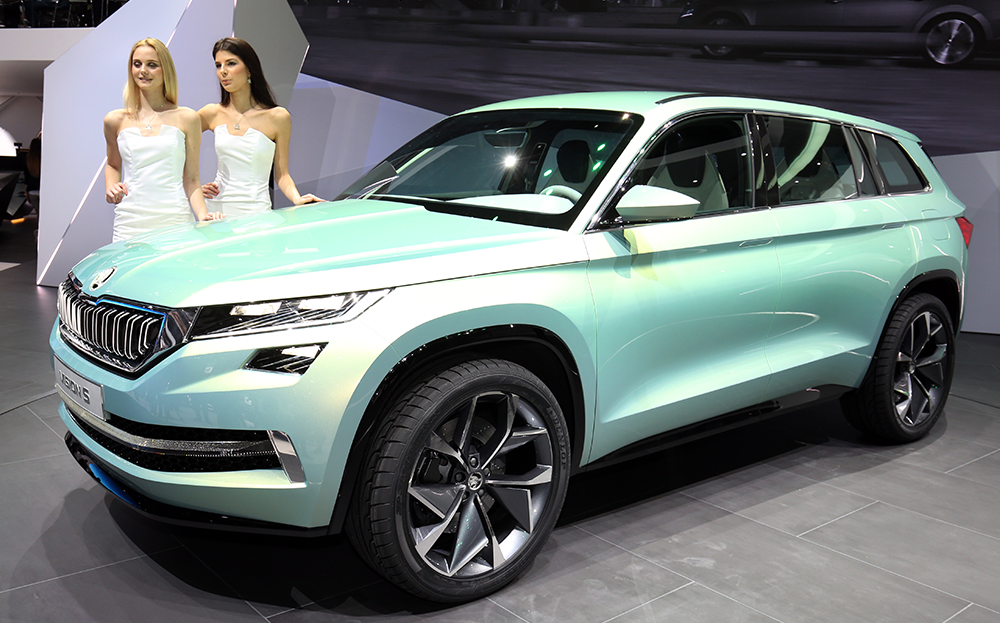 But it’s not quite as eye-catching as the larger Skoda Vision S Kodiak on the stand of Seat’s sister company nearby. Shown in concept form only, the Skoda SUV should hit showrooms next year, looking — with any luck — every bit as handsome as the show car. 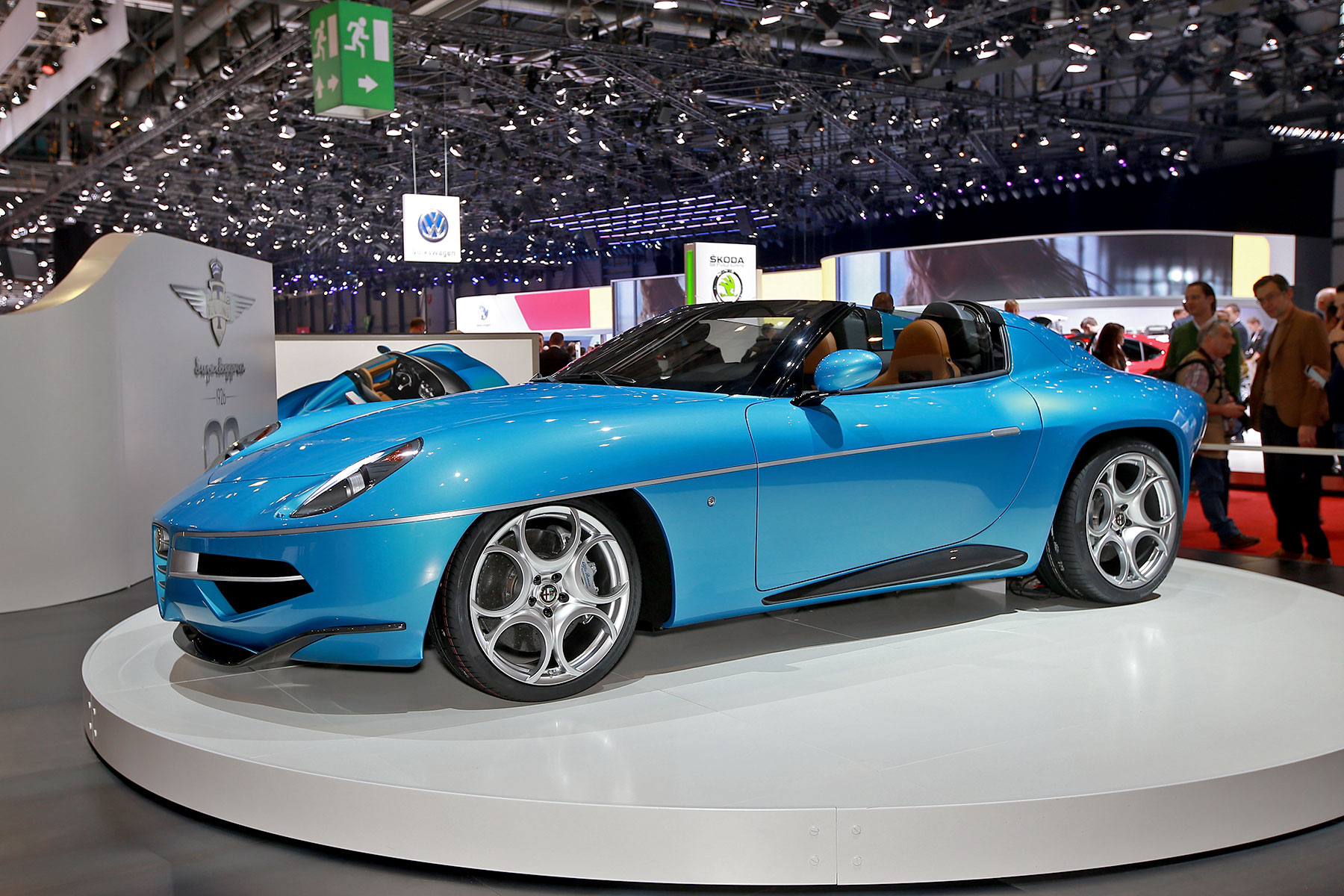 The Italian coachbuilder Touring Superleggera now offers a Spyder version of its Disco Volante, a curious contraption based on the Alfa Romeo 8C Competizione Spyder. Which means that if you want an open-topped Disco Volante, you have to hand over a sacrificial Alfa, which seems rather a waste. 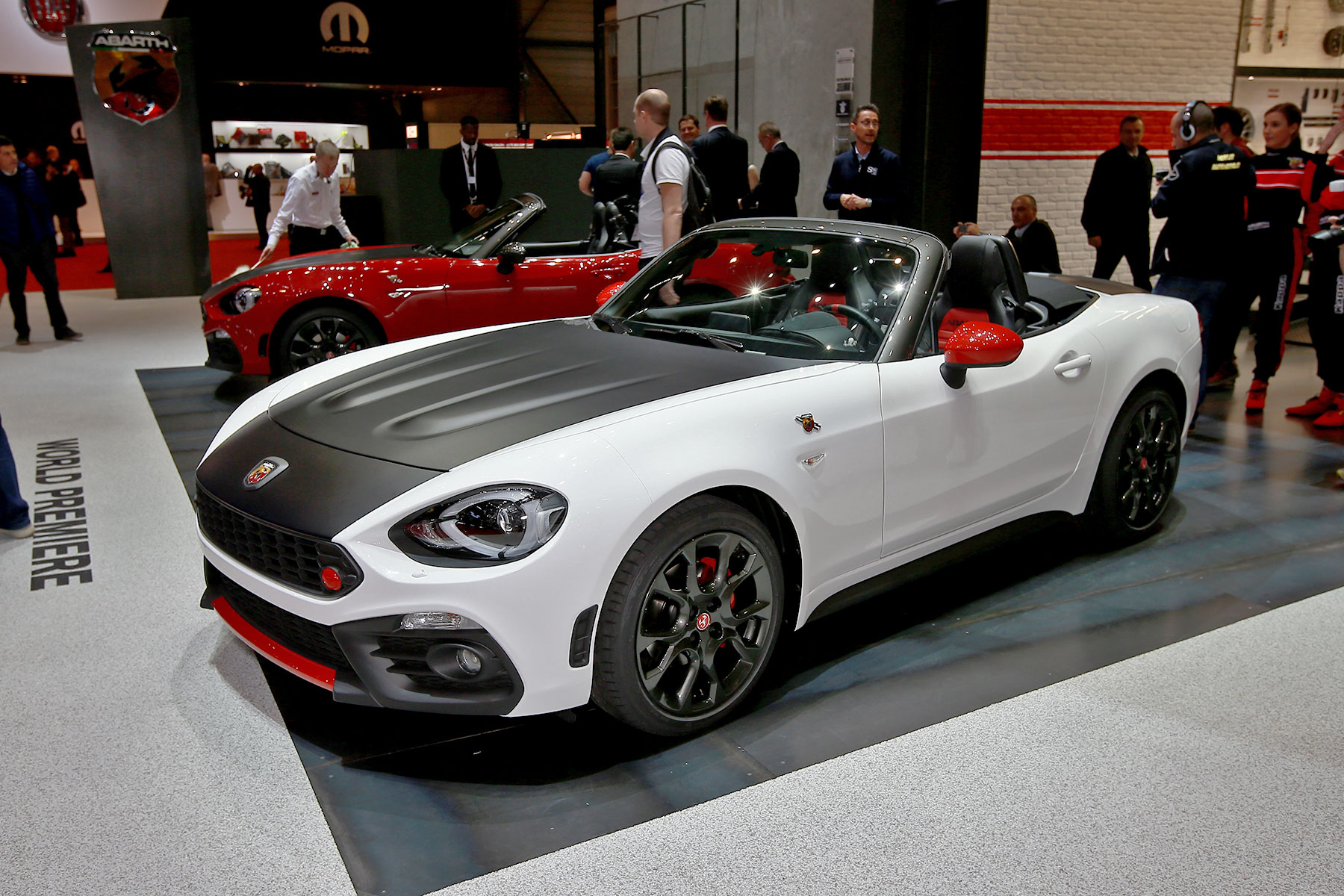 The new Fiat Abarth 124 Spider shares much with the latest Mazda MX-5. Priced from around £31,000 when it arrives here in September, the 124 Spider will be fitted with a 170bhp version of Fiat’s four-pot 1.4-litre MultiAir engine. 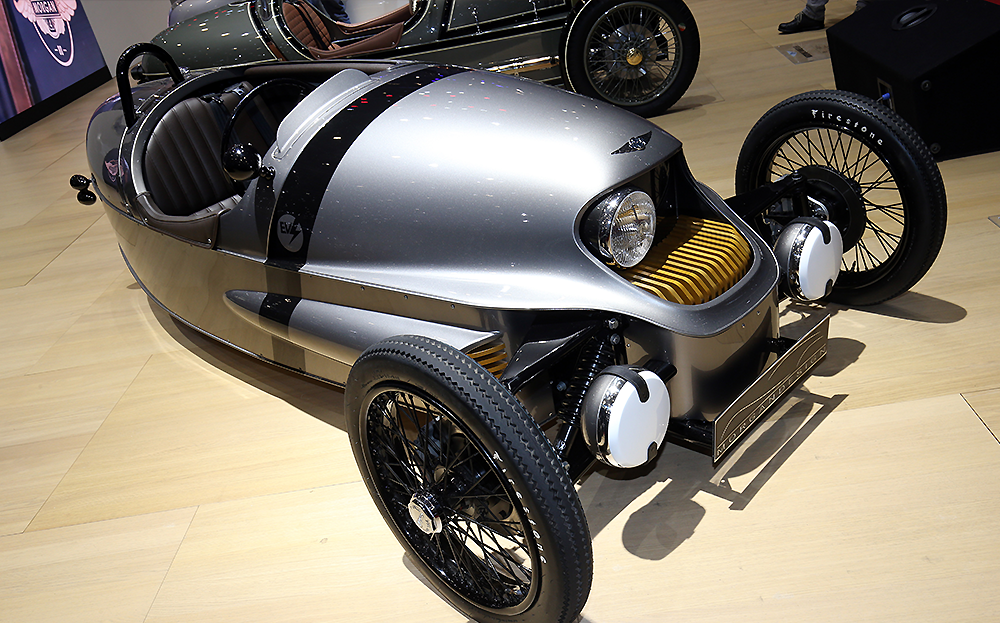 Perhaps the most characterful car at Geneva is the Morgan EV3, an all-electric version of its wacky Three-Wheeler. Vital statistics include a 150-mile range, a 62bhp motor, a 90mph top speed and 0-62mph in less than nine seconds. Prices are in line with those of the petrol model, so expect to pay around £30,000. 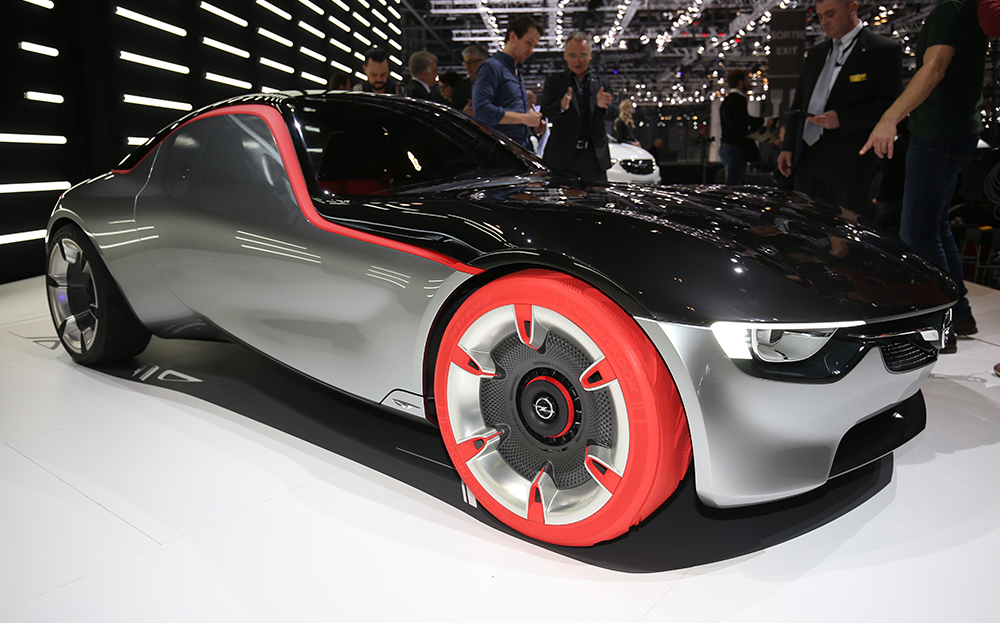 The Vauxhall/Opel GT looks dramatic but is unlikely to sire any kind of production car. That’s a shame, but General Motors, the US parent company, knows the costs don’t add up. 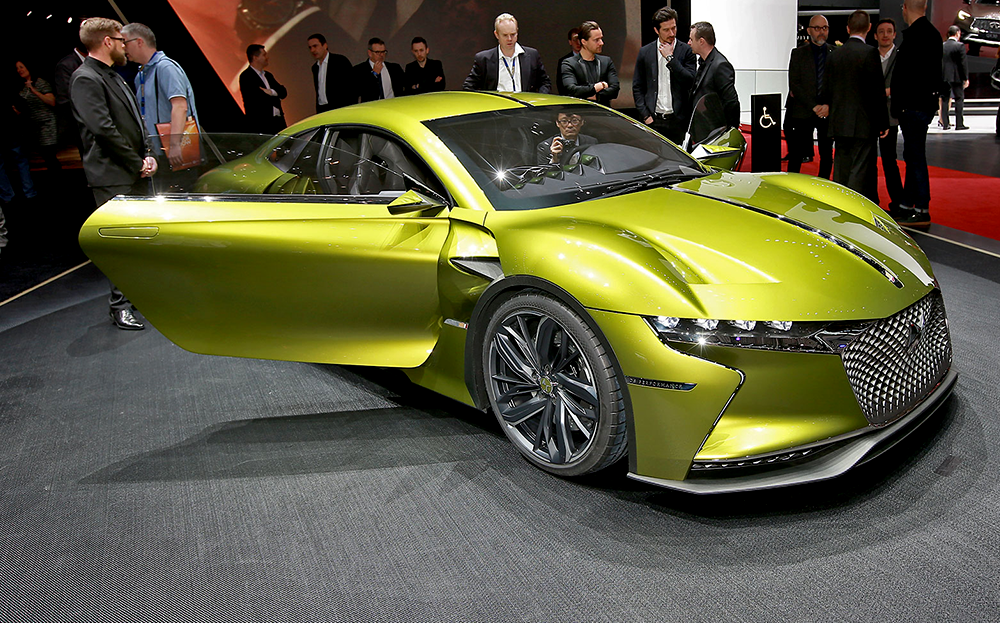 Another concept that’ll never become a production reality is the pure-electric DS E-Tense, a bold statement from the marque, now entering its second year as a separate brand from Citroën. Gorgeous inside and out, the E-Tense can manage around 200 miles on a charge. 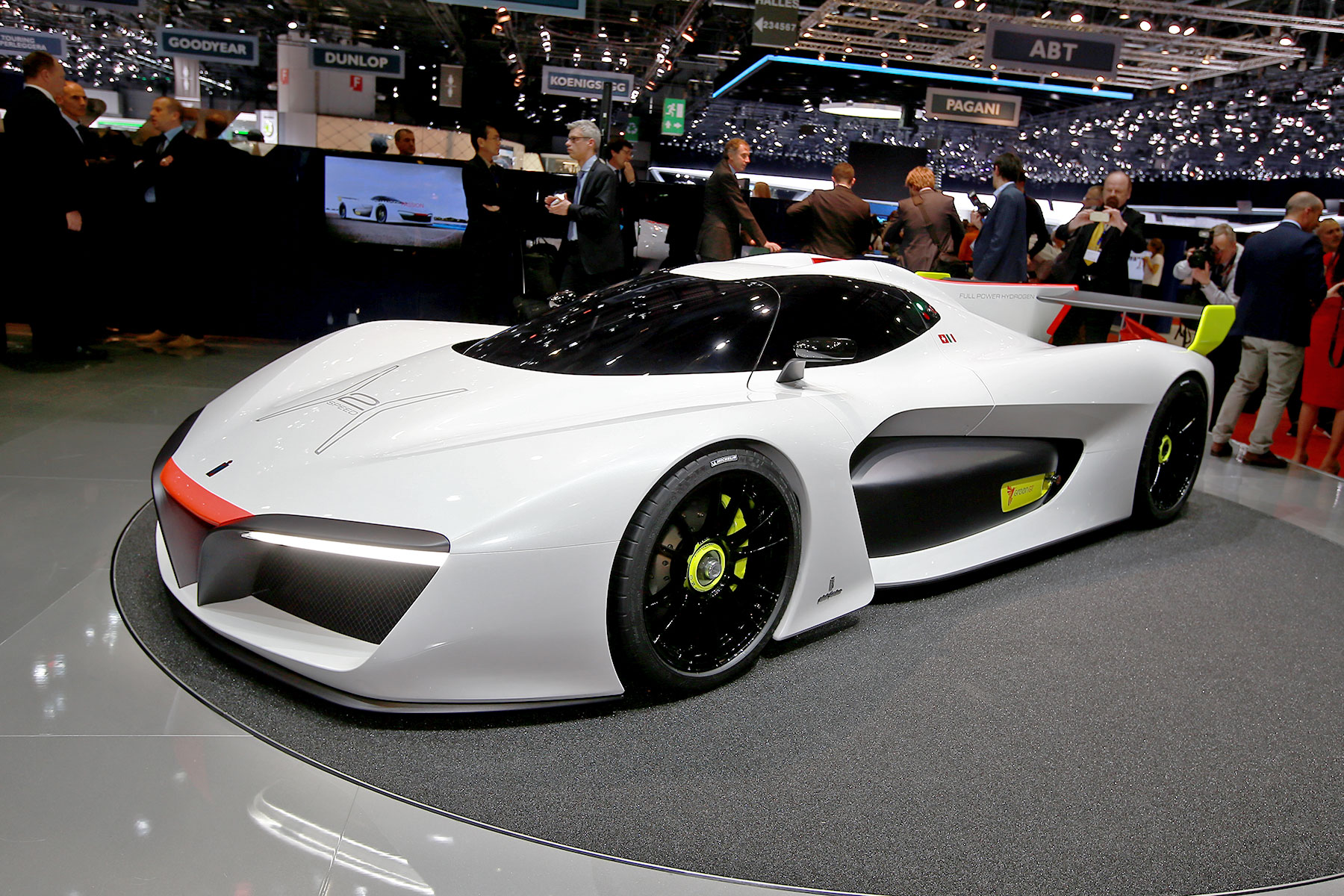 Lurking on the Pininfarina stand is the hydrogen-powered H2 Speed. With a pair of racing-spec electric motors and a lightweight fuel cell, the H2 Speed is reckoned to be the first track-ready hydrogen fuel-cell car. 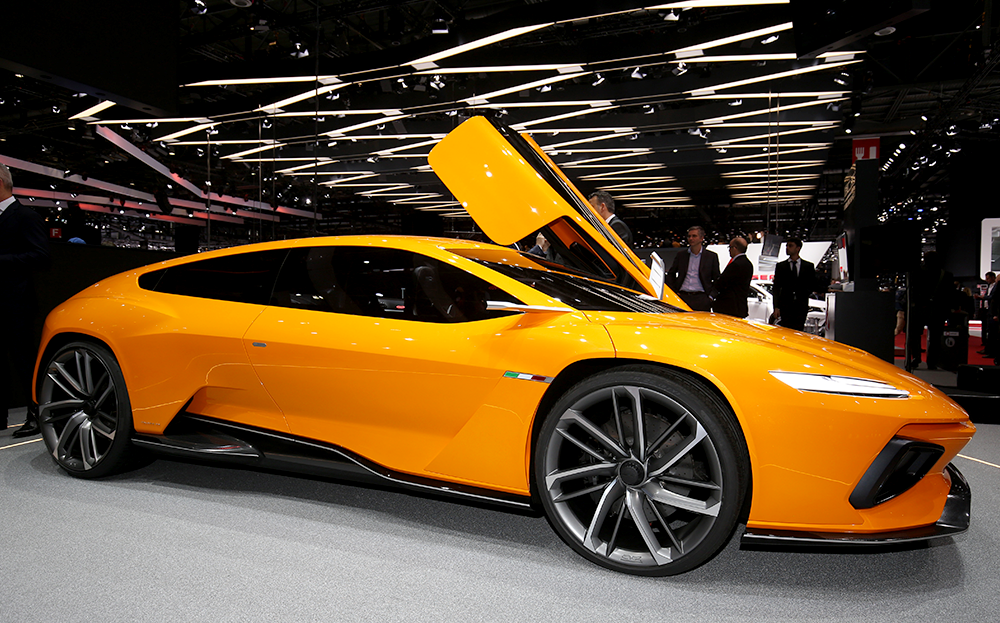 Italdesign’s latest confection is the all-electric GTZero. Packing 483bhp and capable of 311 miles on a single charge, the GTZero shares plenty of styling cues with various Lamborghinis, which is no surprise, as Italdesign’s design chief is now Filippo Perini, the former head of Lambo’s design studios. The celebrated Giorgetto Giugiaro has left the company he co-founded in 1968, and the Volkswagen Group owns Italdesign outright. 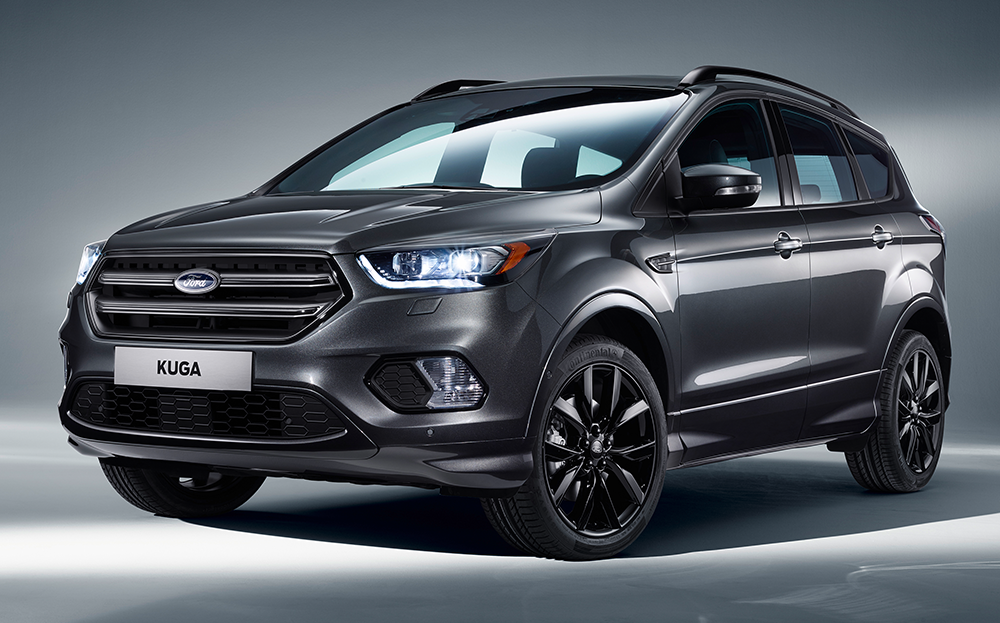 Elsewhere in the show we got our first look at the updated Ford Kuga, the Ford Fiesta ST200 hot hatch, the Toyota C-HR crossover and the Audi Q2. An all-new Renault Scénic was unwrapped alongside the new Mégane Sport Tourer; we saw a revised Alfa Romeo Giulietta and an all-new Suzuki Baleno; and open-topped versions of the Range Rover Evoque and Mercedes C-class are also on show.

Car of the show 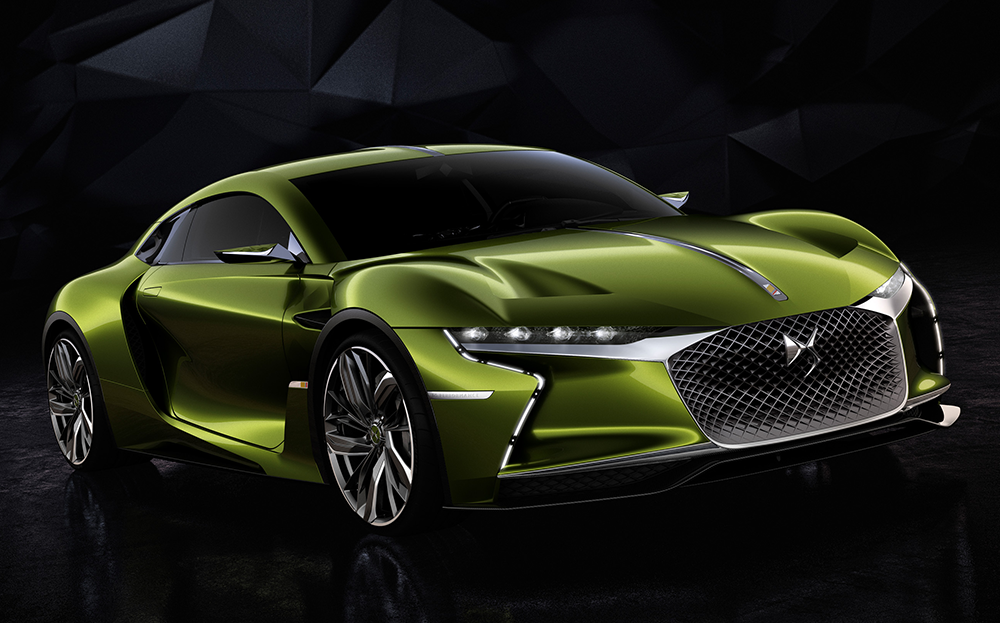 So, what is the star car? The obvious answer would be the Bugatti Chiron — but it’s essentially just an evolution of the Veyron. Which is why we’re opting for the DS E-Tense concept. We know it’ll never reach showrooms, but if anything even vaguely close goes into production, we’ll be at the head of the queue to sign on the dotted line.