TOYOTA has revealed what is believed to be the UK’s first hydrogen-powered radio-controlled (RC) car.

A video shows a miniature version of the zero emission Toyota Mirai being demonstrated around the tiny streets of the Old New Inn Model Village, Gloucestershire.

It is part of an experiment conducted with the Hydrogen fuel cell electric vehicle (FCEV) expert Bramble Energy and Japanese RC vehicle company Tamiya to show the “scalability” of fuel cell technology; i.e that it can be used in both very large vehicles such as trucks and trains as well as something tiny, like a 1:10-scale RC car. 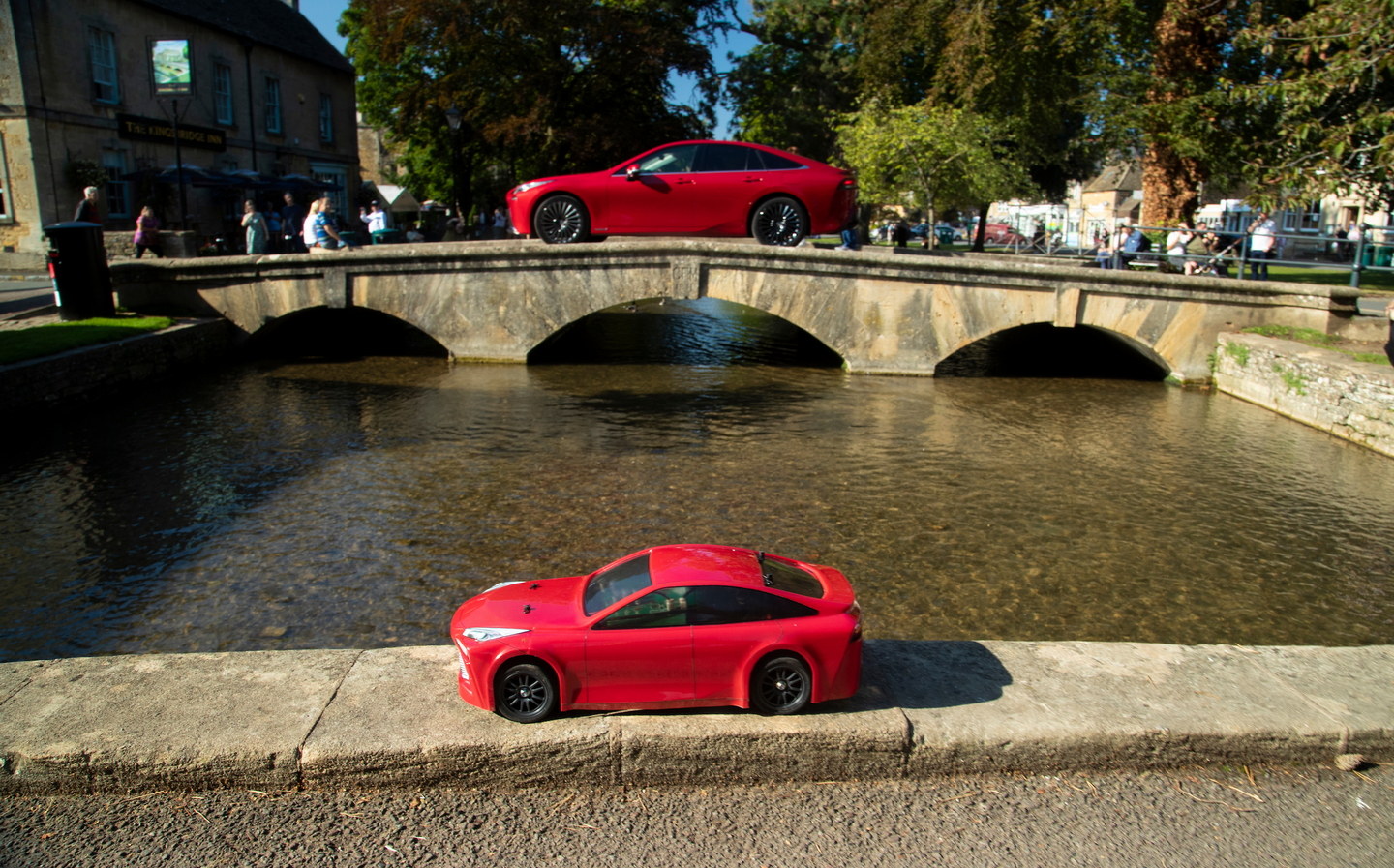 Tom Mason, CEO of Bramble Energy, said: “Bramble Energy’s innovative PCB [printed circuit board] fuel cell is highly adaptable and scalable, meaning that we are able to make fuel cells of any shape or size. We had to shrink a whole fuel cell system down to the size of an RC car, which gave our engineers a good challenge.

“Our fuel cell technology is made from the printed circuit board industry which can be turned into any size or shape, so the core fuel cell component was actually not that big a challenge.

“The biggest hurdle was to make all the system components required to run the fuel cell small and compact enough to fit onto the Tamiya TT02 chassis and inside the Mirai RC car shell.”

That four-wheel-drive chassis is actually the same as that of any Tamiya model found in hobby shops, though the body is custom-built and sprayed in Scarlet Flare red, a colour option on a full-sized Mirai. 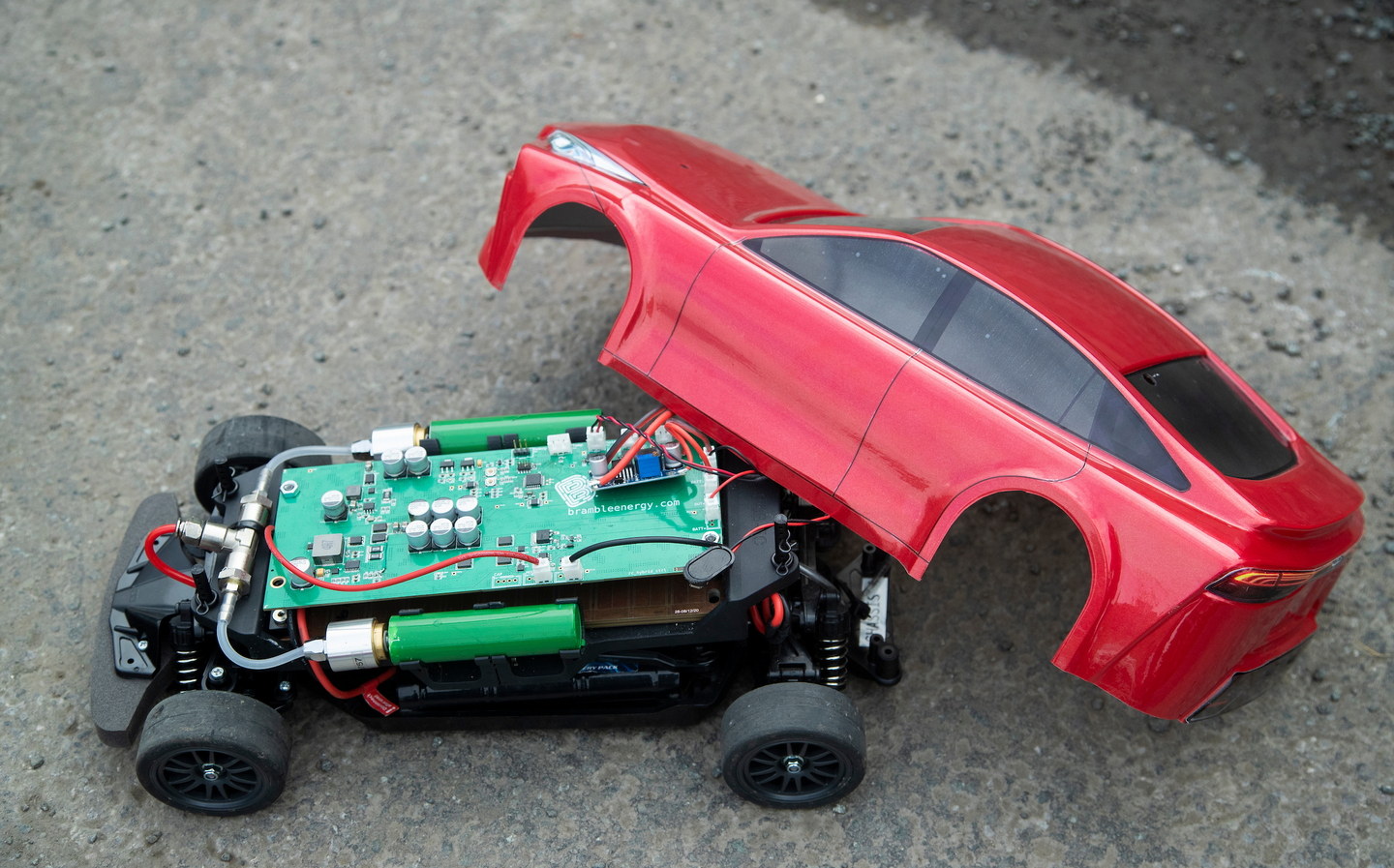 Hydrogen is delivered to the fuel cell via two canisters that can be slotted onto the chassis under the body meaning that refuelling the mini Mirai isn’t difficult or time-consuming. The fuel cell combines the gas with oxygen from the air to create electricity, which drives the wheel.

The only by-product from the process is water (H2O), which means zero harmful emissions during use. However, compressed hydrogen is hard to come by in the UK at present — there are only a handful of public vehicle refuelling stations — and producing the gas requires energy, as hydrogen binds with other elements readily and so requires separating.

It’s an efficient fuel, however, and the tanks are much lighter than battery packs. No exact figure has been given for the RC Mirai’s range, but Toyota says it’s about double that of a regular battery-powered RC car.

David Rogers, Toyota UK’s spokesman on alternative fuels, said: “Cars are the tip of the iceberg for Toyota in terms of progress towards a hydrogen society.

Hydrogen will play a key role in meeting our future energy needs, bringing zero emission driving for both big cities and small villages. It allows us to store renewable energy and transport it easily, so that it can be used on demand to power a variety of industries.

“In Toyota collaborations across Europe you’ll increasingly see trials of fuel cell-powered buses, trains, boats and, who knows, maybe even homes. We undertook this challenge to have some fun and show what can be done with fuel cells and we think the results are great!”

While many manufacturers in Europe are turning entirely to battery-electric vehicles, Toyota remains committed to hydrogen. It is currently running a trial in collaboration with the Port of Los Angeles in the United States to test the viability of HFC trucks, transporting freight from the port to warehouses some 40 miles distant.

According to Craig Scott, Toyota’s head of advanced technology in the US, the company expects to have a FCEV truck ready for sale in two to three years. 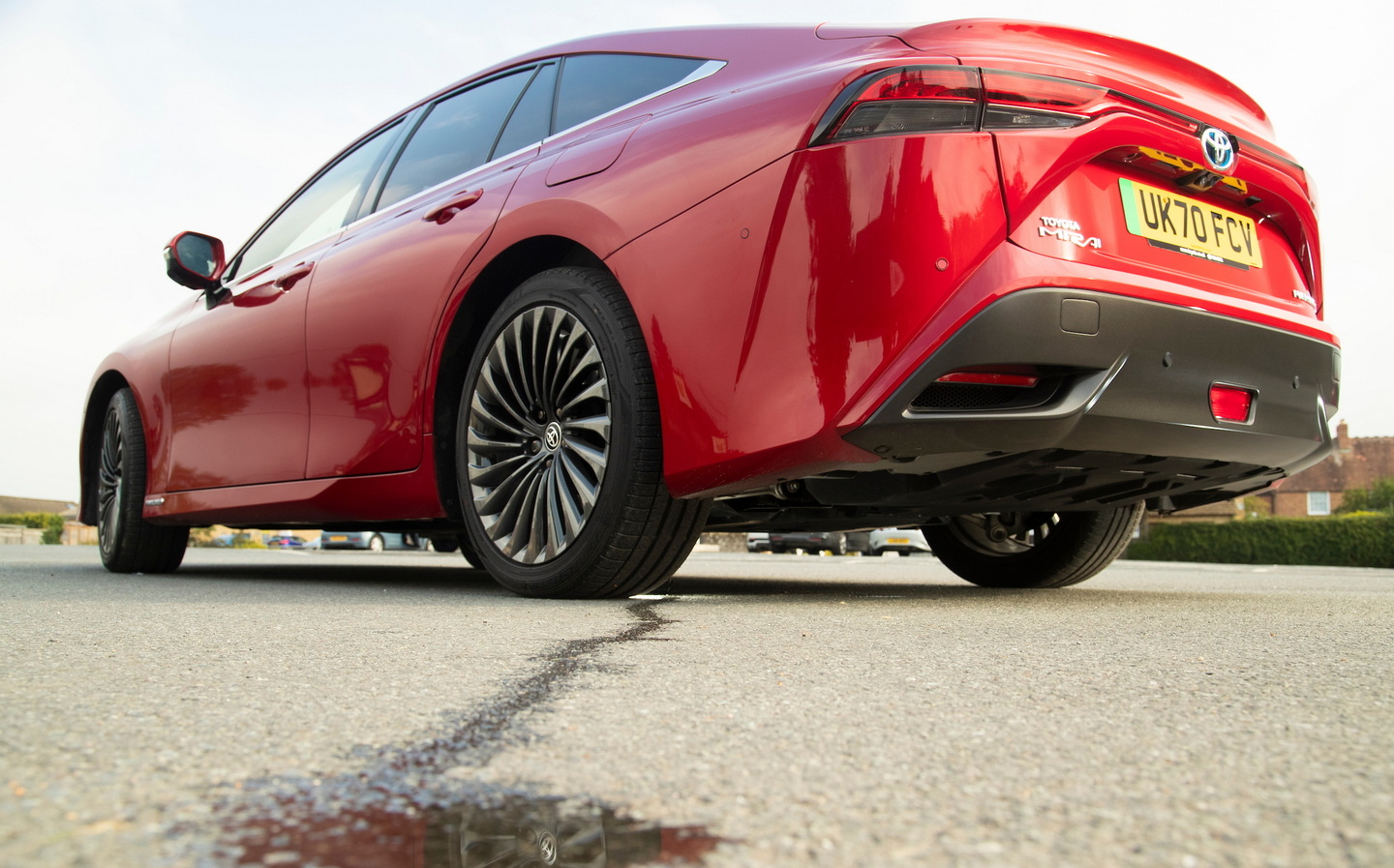 Although Toyota claims that the range of its standard Mirai is around 400 miles, one Mirai in California recently set a Guinness World Record for distance, travelling 845 miles on a single tank with the driver team using “hypermiling” techniques to achieve maximum range.

Following the launch of the latest Mirai — one of which is owned by The Grand Tour’s James May — Toyota is currently planning to increase fuel-cell production tenfold to around 30,000 units per year, signalling its intent when it comes to the technology. Though they’re not common in the UK, drivers in some other countries such as Germany and South Korea see them as more viable alternatives to petrol and diesel as those countries already have substantial hydrogen refuelling networks.