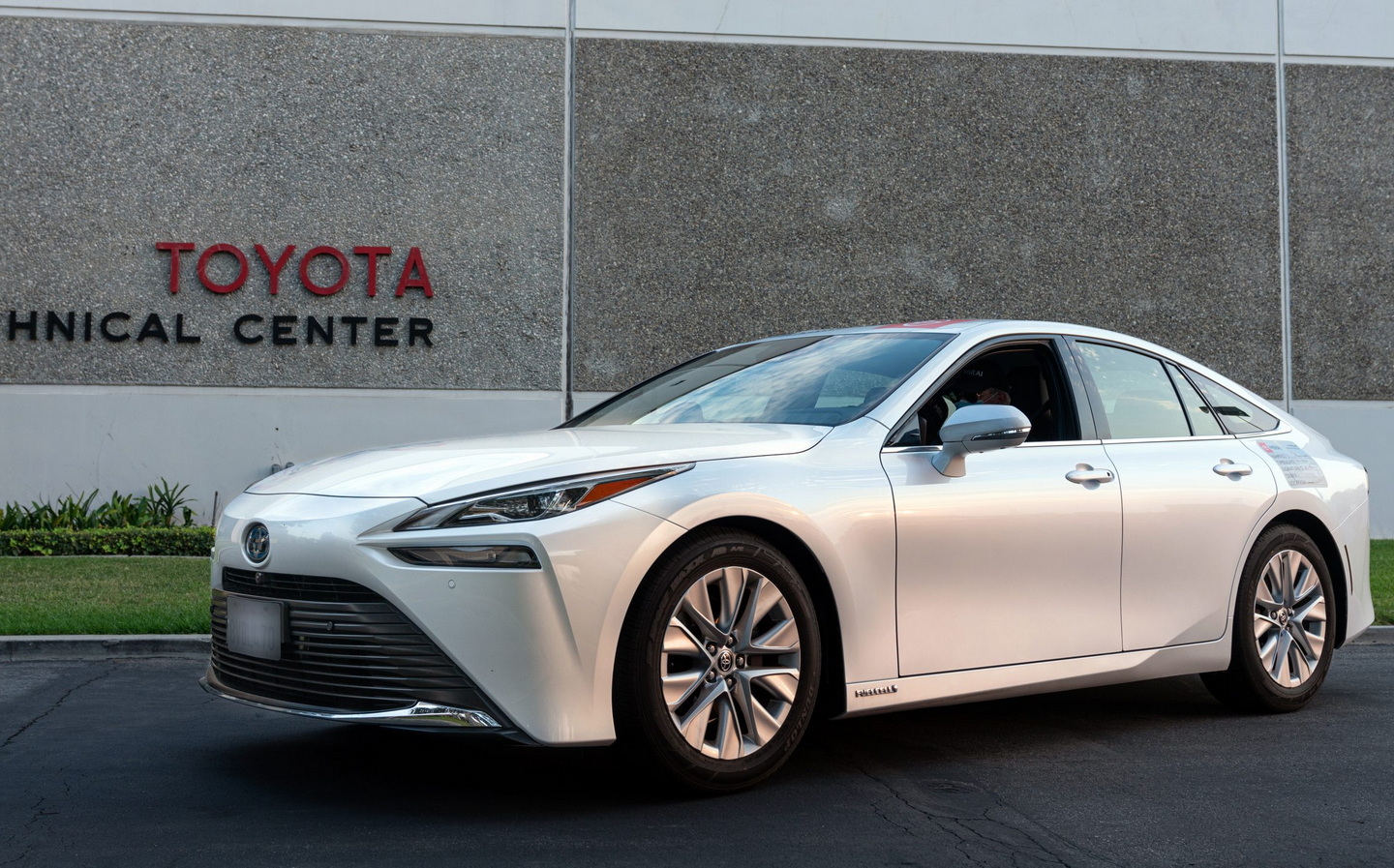 THE TOYOTA Mirai, a hydrogen fuel cell electric saloon, has set a new Guinness World Record for driving the longest distance on a single tank of fuel. 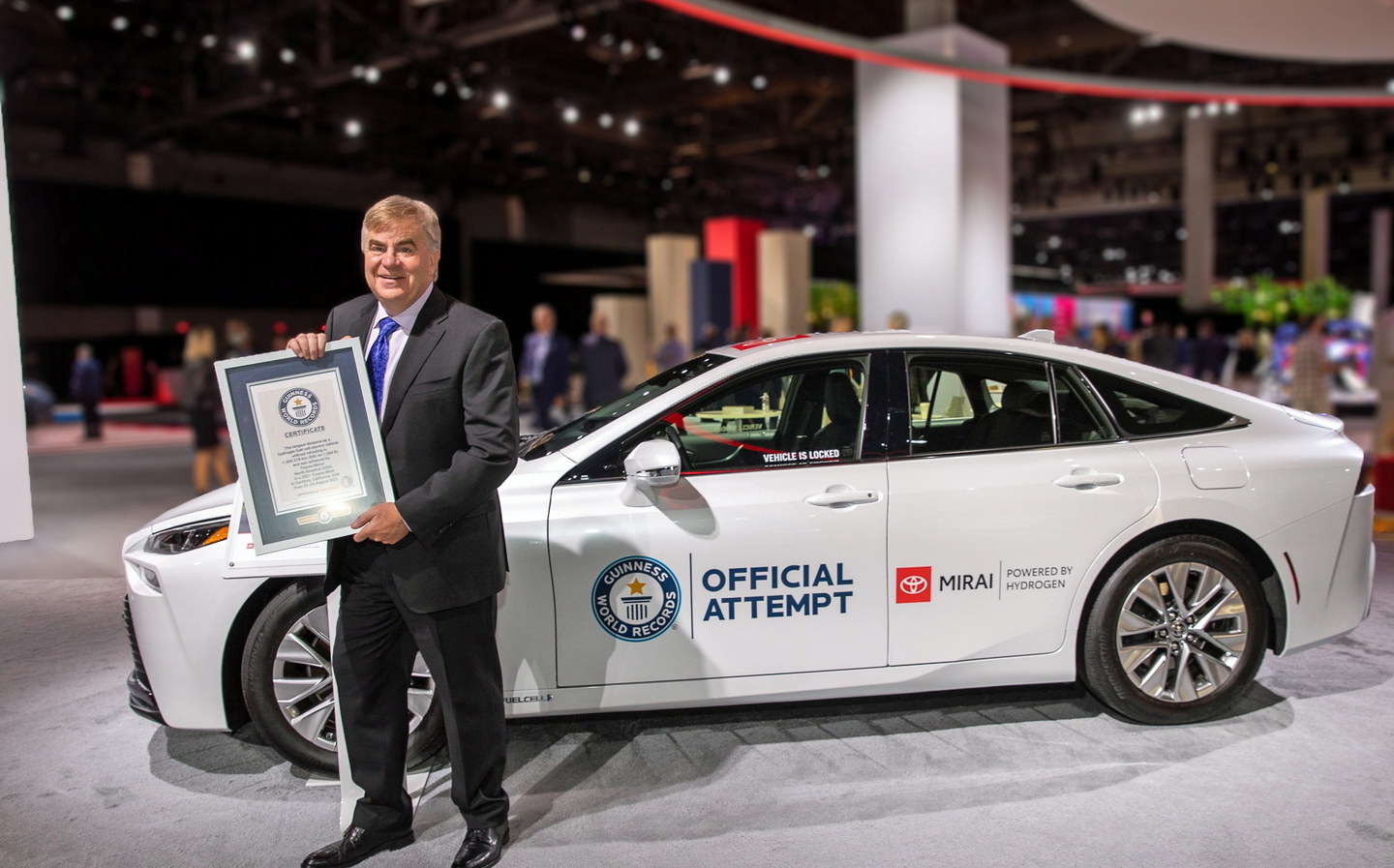 The team used a standard second-generation Mirai fuel cell vehicle to set the record, but the drivers used hypermiling techniques — such as slipstreaming, and smooth use of the accelerator and brakes— to extract the maximum possible range from a single five-minute fill-up at a hydrogen filling station.

Drivers Wayne Gerdes and Bob Winger set out on the journey around southern California from Toyota’s Technical Centre. Day one saw the duo cover 473 miles including two driver swaps before returning to base.

Day two involved more local routes and driving in commuter traffic to tot up another 372 miles before the hydrogen tanks had run dry. 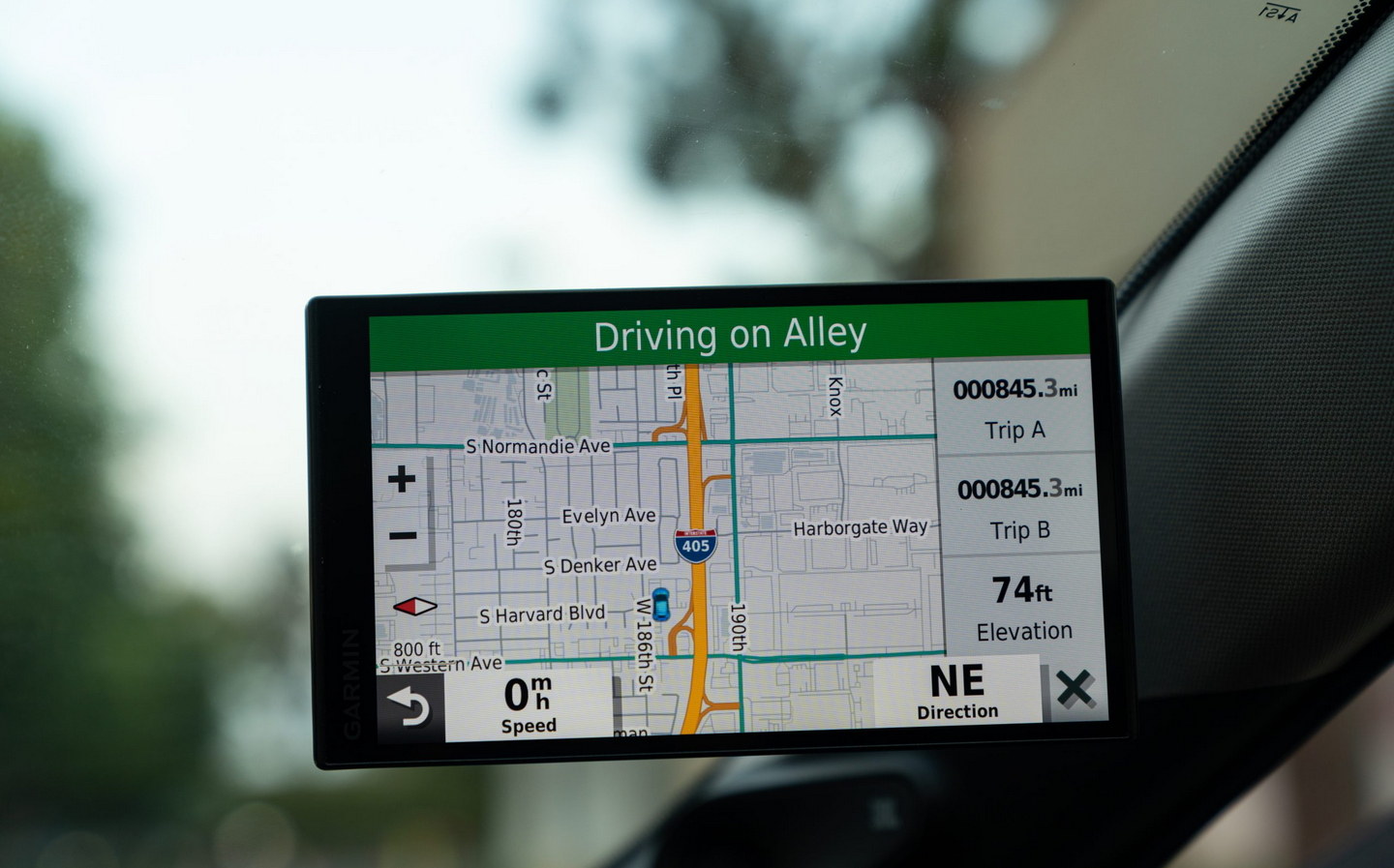 Fuel cell cars are powered by one or more electric motors but, unlike in a battery-electric car where the electrical energy comes from the mains and is stored in a battery pack, the electricity is created onboard by combining hydrogen gas from high pressure tanks with oxygen from the air in a fuel cell stack. The sole by-product of the process is water (H2O).

In the current Mirai there are three high-pressure hydrogen tanks, one running down the middle of the car below the floor and two smaller ones at the rear, positioned beneath the rear seats and below the boot floor. 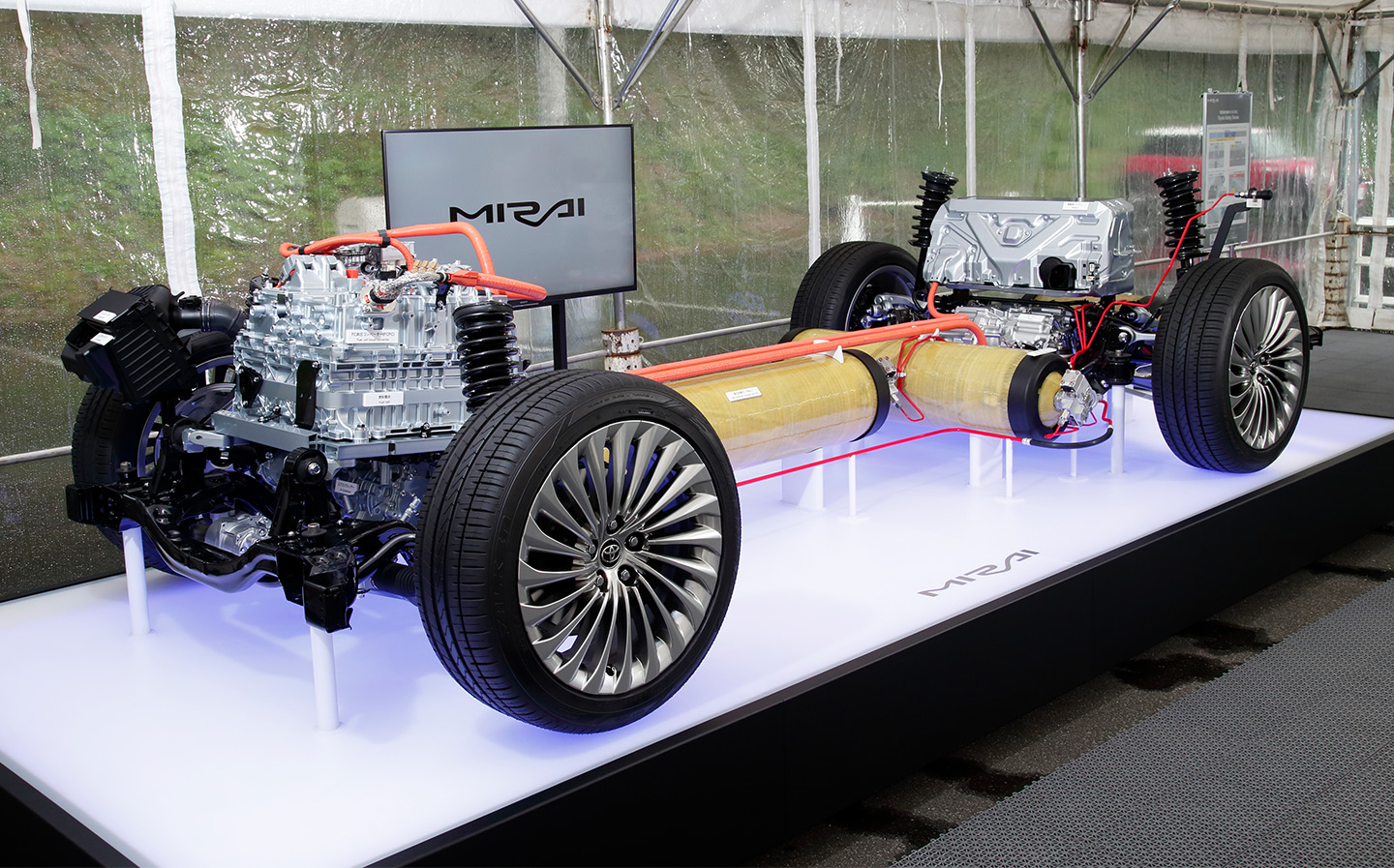 Refuelling a hydrogen car takes less than 10 minutes but in the UK there are only a handful of filling stations, making them impractical to all but a few dedicated drivers.

The second-generation Mirai arrived in 2020 and is based on the same platform as the Lexus LS. It comes with a sharper look and improved technology compared with the first generation model. The Grand Tour presenter James May is a long-time champion of the car and upgraded from the old model to the new Mirai when earlier this year.

Toyota claims that the new Mirai can travel 30% further than its predecessor, thanks to improved aerodynamics and efficiency, and its revised tank configuration (the previous model only had two hydrogen tanks). In the UK, the official range is 358 miles, so the new world record is quite an achievement.

The record attempt is said to have saved 301kg of carbon dioxide when compared with the emissions of a combustion engined car travelling the same distance. 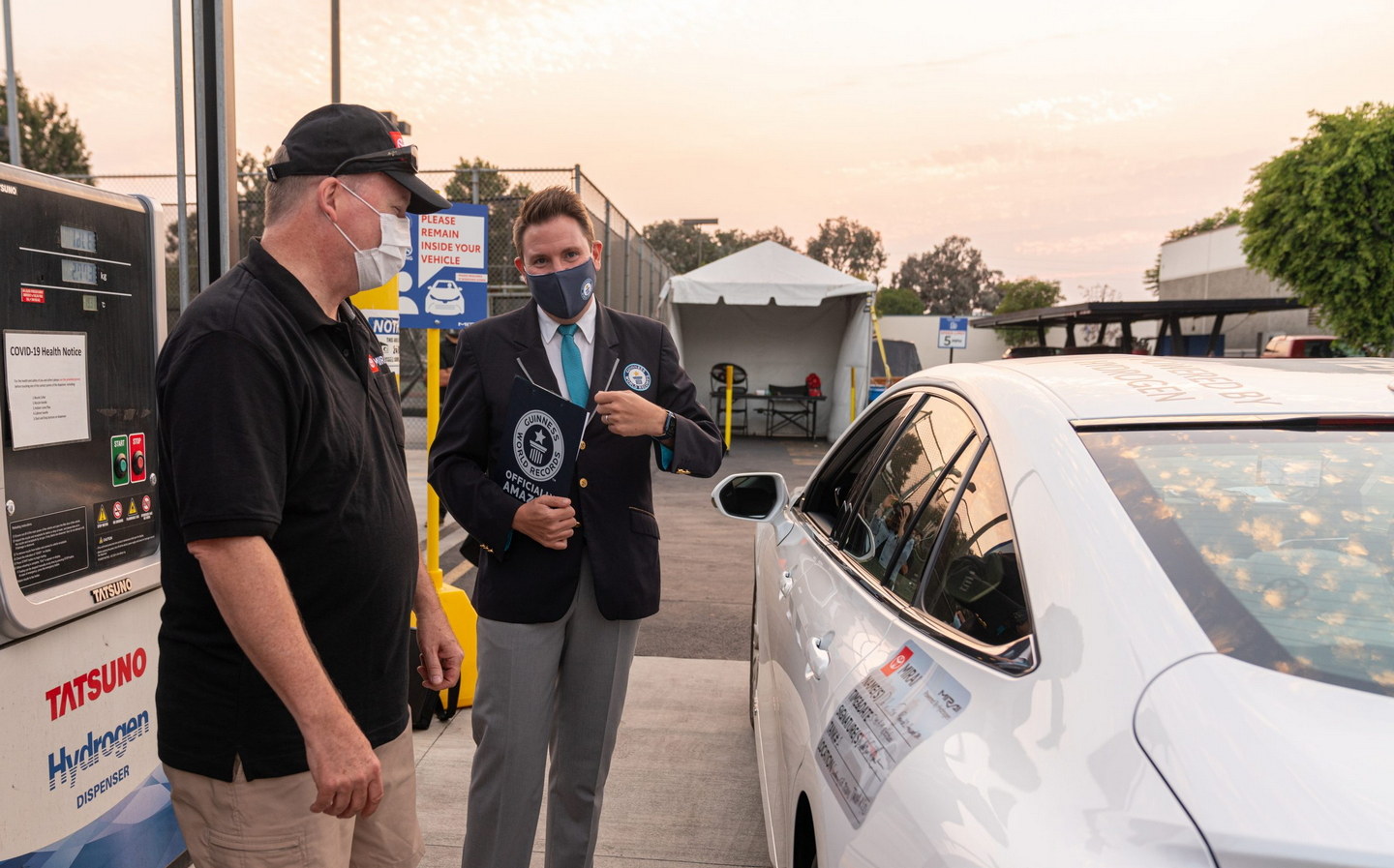 “The Toyota Mirai’s journey without the need to refuel showcases the power of fuel cell electric technology. This technology and the design ingenuity by the team at Toyota led to a history-making moment.”

Some special driving techniques were used but the team also adopted some ideas that can be used in everyday driving to help maximise your fuel economy. These included checking tyre pressures, removing unnecessary weight, being smooth with acceleration and braking, keeping speeds low and using accessories such as air conditioning as little as possible.

The Toyota Mirai is listed for sale on the company’s website for £49,995.