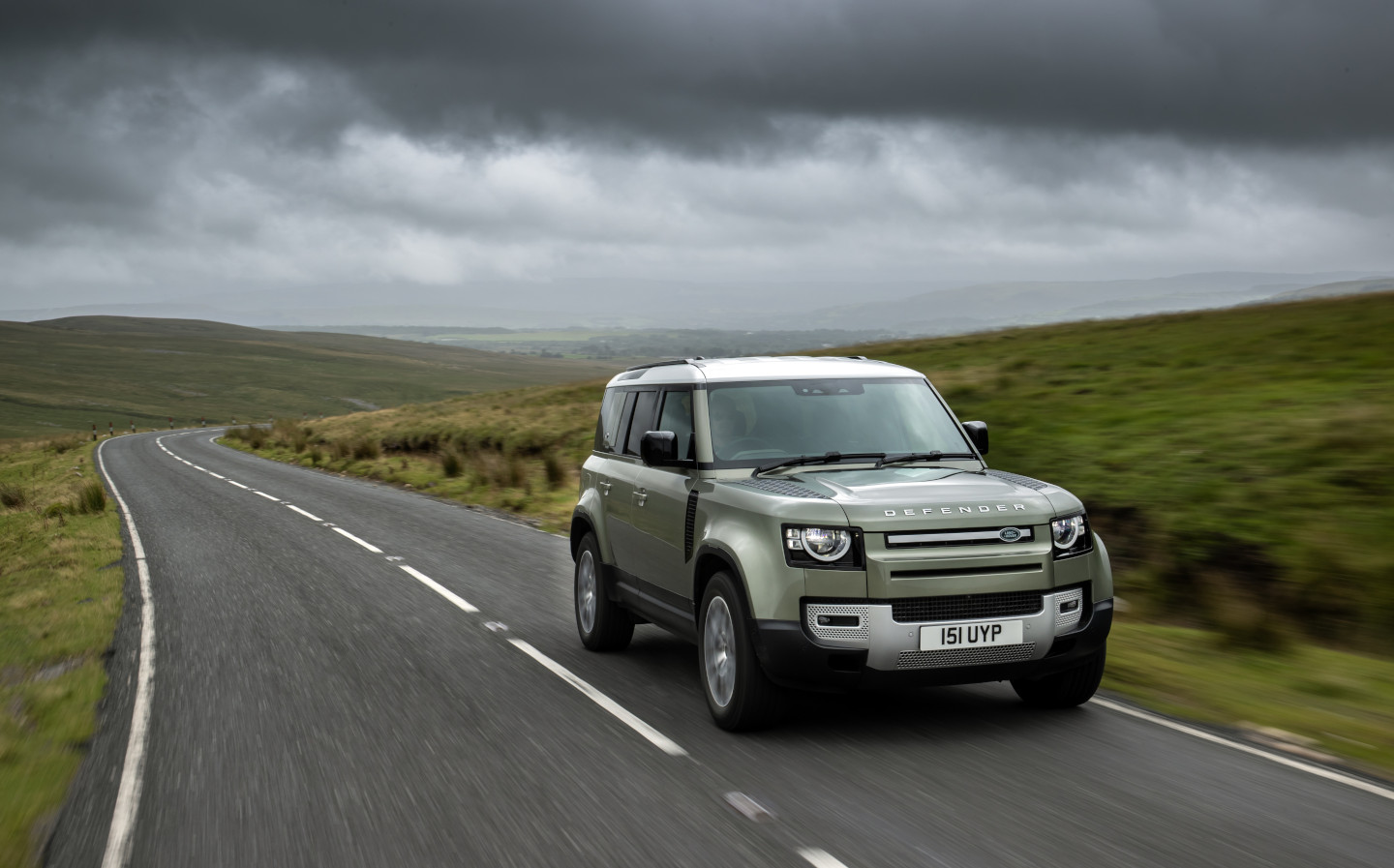 THE TESTING of a hydrogen fuel cell electric vehicle (FCEV) based on the Land Rover Defender will begin this year, it has been confirmed.

The concept forms part of Project Zeus, Jaguar Land Rover’s (JLR) hydrogen research project. The research is part-funded by the Advanced Propulsion Project, an organisation formed by the government in June 2020 that gives support to companies developing low-carbon powertrains.

It has been previously estimated that Project Zeus will result in a production model by the middle of the 2020s — some have speculated that the first Land Rover to use a hydrogen fuel cell will be the next-generation Range Rover Evoque.

The car maker confirmed that testing of the Defender FCEV would commence by the end of the year with the aim of verifying “key attributes such as off-road capability and fuel consumption”.

In February, CEO Thierry Bolloré announced a “complete renaissance” for Jaguar Land Rover that would see its two British brands undergo an electric reinvention. He confirmed that six electric Land Rovers would arrive over the next five years, spanning all three Land Rover families — Defender, Discovery and Range Rover. The first model is scheduled to arrive by 2024.

During the announcement, Bolloré said that investment in new powertrains, as well as development of “connected services” and “data-centric technologies” will total £2.5bn annually, and confirmed that testing of Land Rover’s first hydrogen vehicle would begin this year. However, he did not confirm which model would be selected.

“As the hydrogen economy accelerates the clean decarbonisation of global industry, fuel cell technology is the logical complimentary step,” he said.

JLR hopes that 60% of the models it sells by 2030 will be battery electric, with that number projected to increase to 100% by 2036. Sister brand Jaguar, meanwhile, will undergo an even more radical reinvention and become an “all electric luxury brand” by 2025.

This isn’t the first step towards hydrogen power for 4x4s. Ineos, a British company whose maiden vehicle — the Grenadier — bears more than a little resemblance to the Defender, has announced a partnership with Hyundai that will result in a Hydrogen Grenadier.

Ineos, a heavyweight of the fuel industry, said that it was well placed to create a hydrogen vehicle due to the fact that it creates 300,000 tons of hydrogen a year as a by-product of its chemical manufacturing operations.

Most fuel cell vehicles carry between five and six kilograms of compressed hydrogen in a gas tank, which is then mixed with air in a fuel cell stack to produce electricity, which in turn powers the vehicle’s electric motor. The only emission during the process is water.

Advantages over battery-electric vehicles include a lower refuelling time, lower weight and comparable (often superior) range. However, the number of hydrogen fuelling stations in the UK is currently just 12, according to ZapMap, while the manner that hydrogen is currently obtained in useable form includes the use of fossil fuels, tarnishing the environmental credentials of FCEVs.

Ralph Clague, head of hydrogen and fuel cells for Jaguar Land Rover, said: “We know hydrogen has a role to play in the future powertrain mix across the whole transport industry, and alongside battery electric vehicles, it offers another zero tailpipe emission solution for the specific capabilities and requirements of Jaguar Land Rover’s world class line-up of vehicles.

“The work done alongside our partners in Project Zeus will help us on our journey to become a net zero carbon business by 2039, as we prepare for the next generation of zero tailpipe emissions vehicles.”