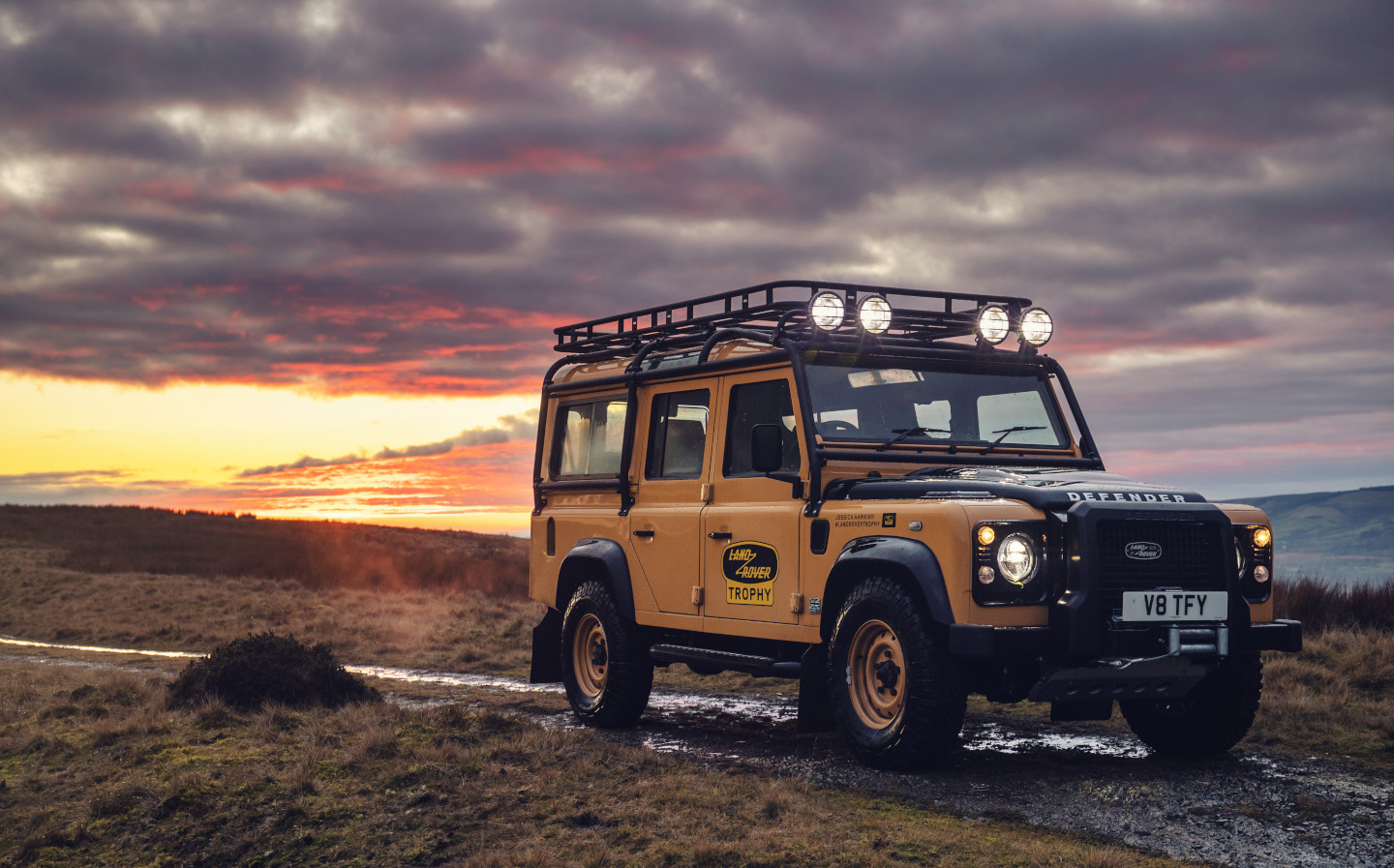 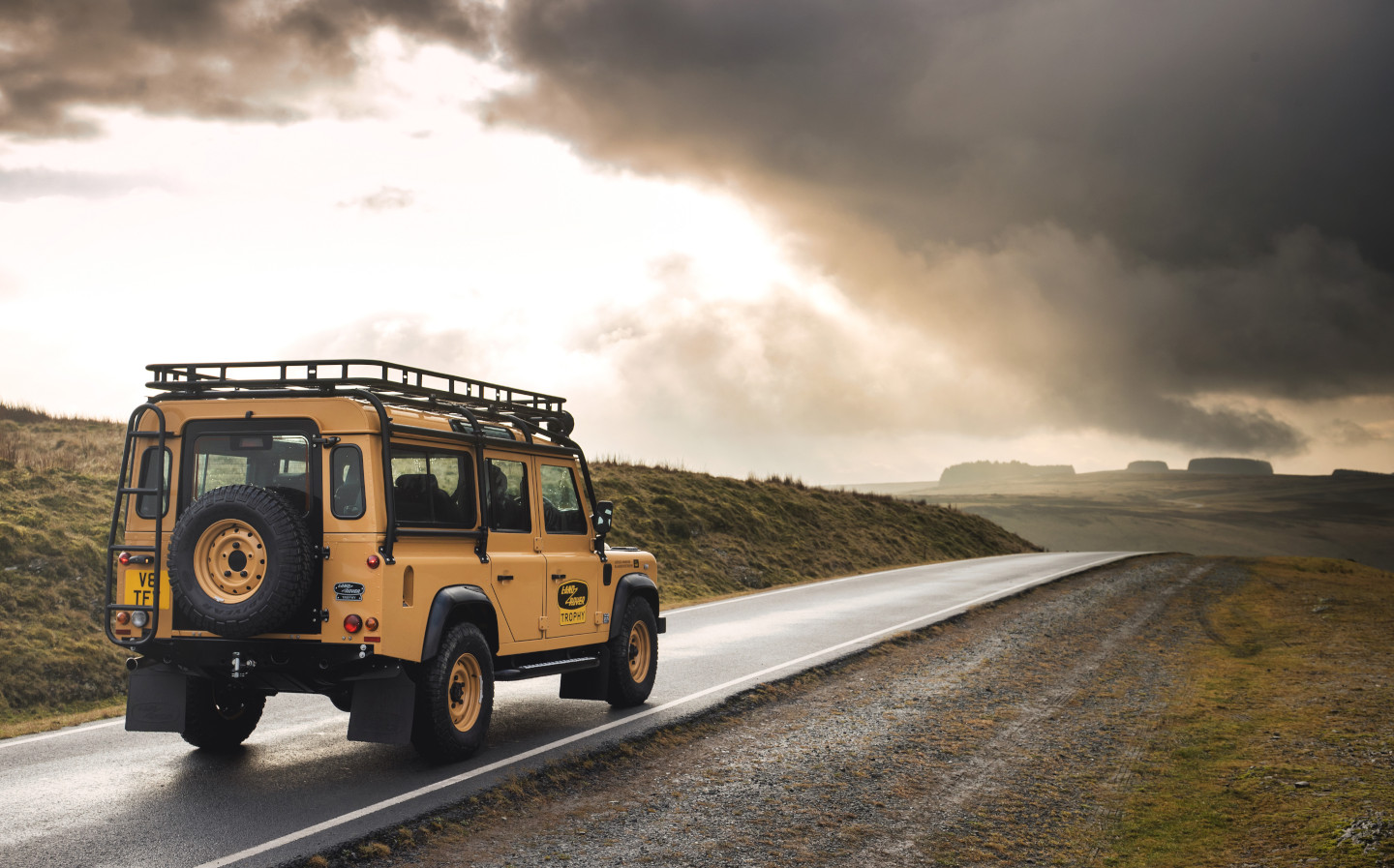 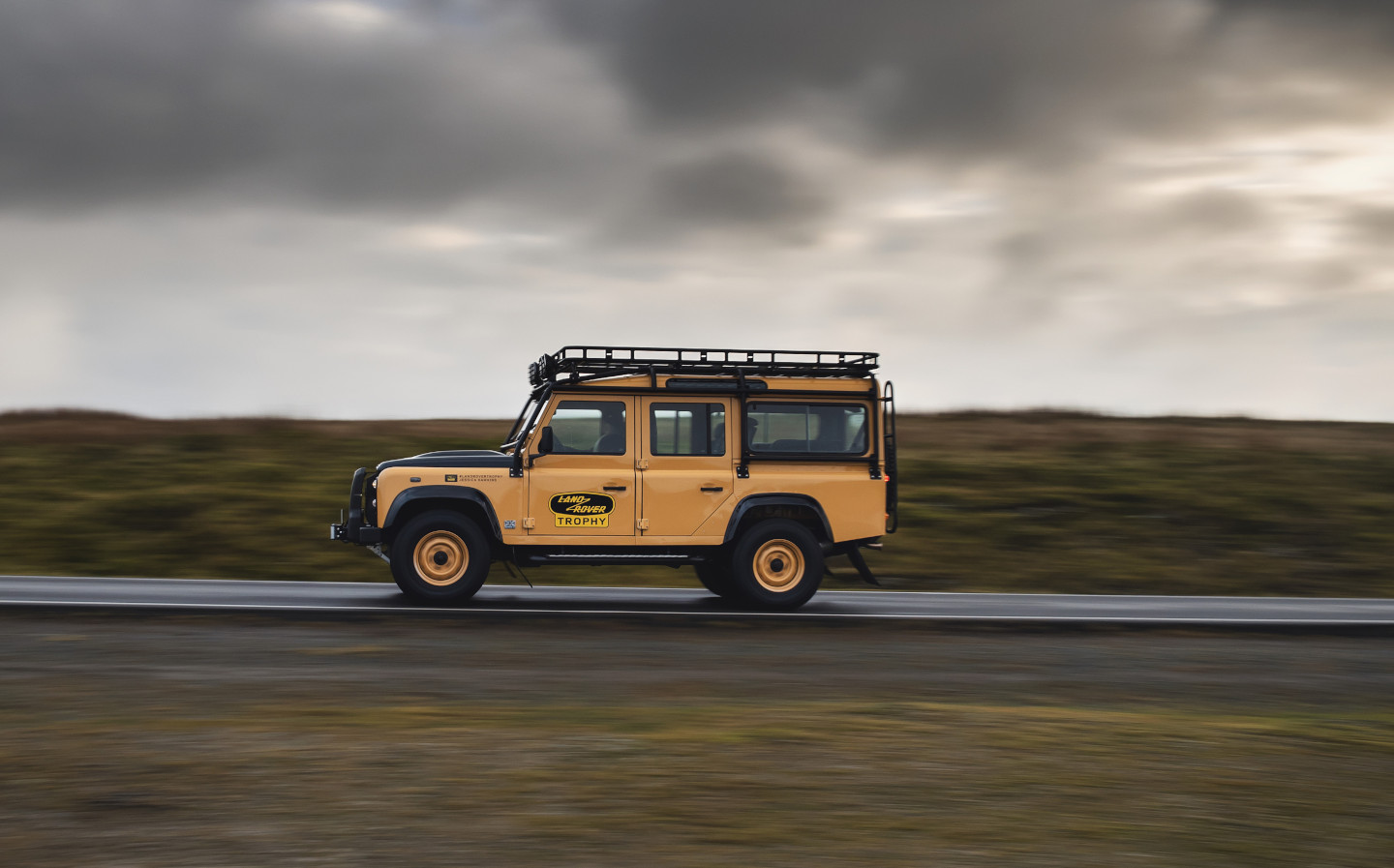 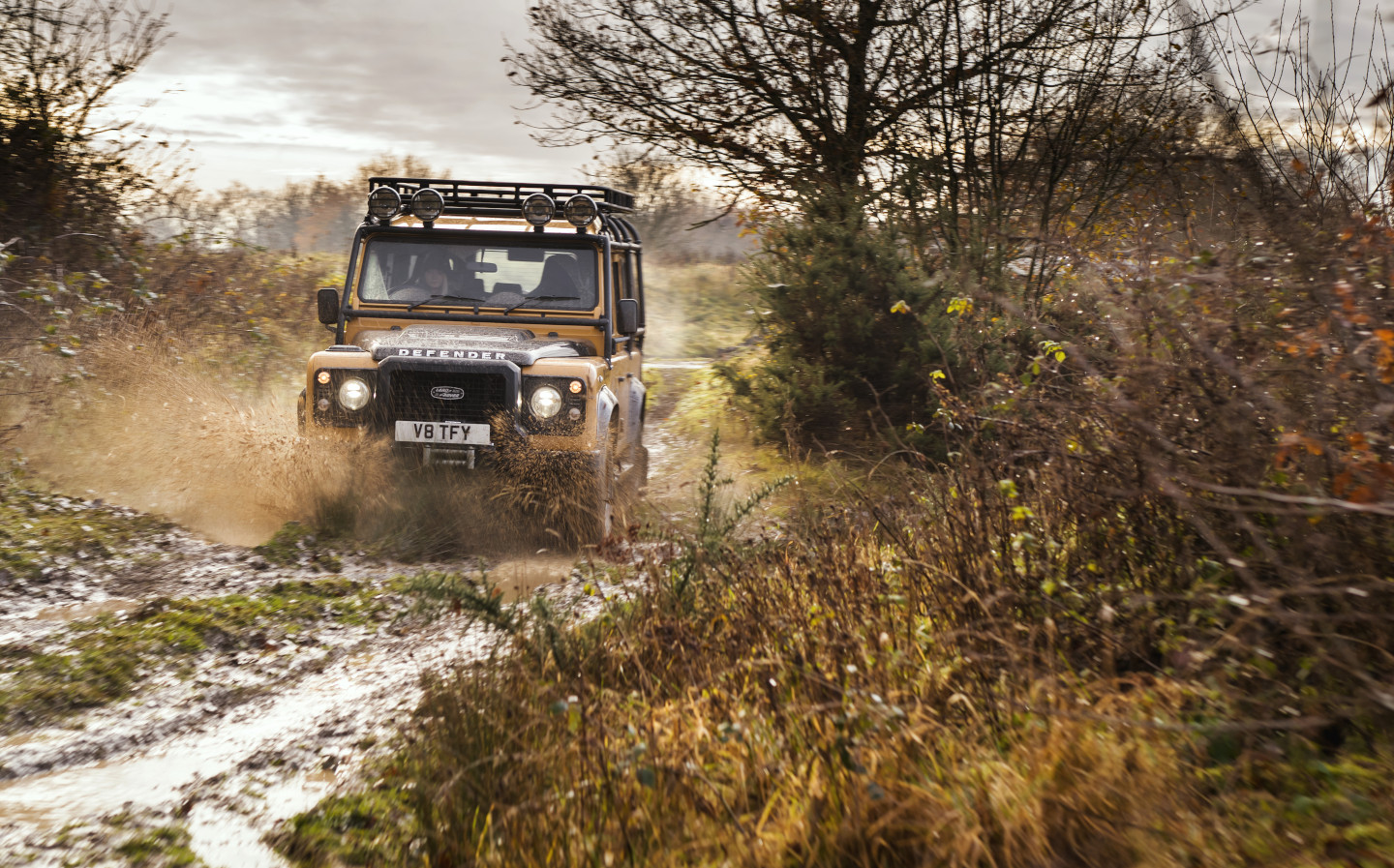 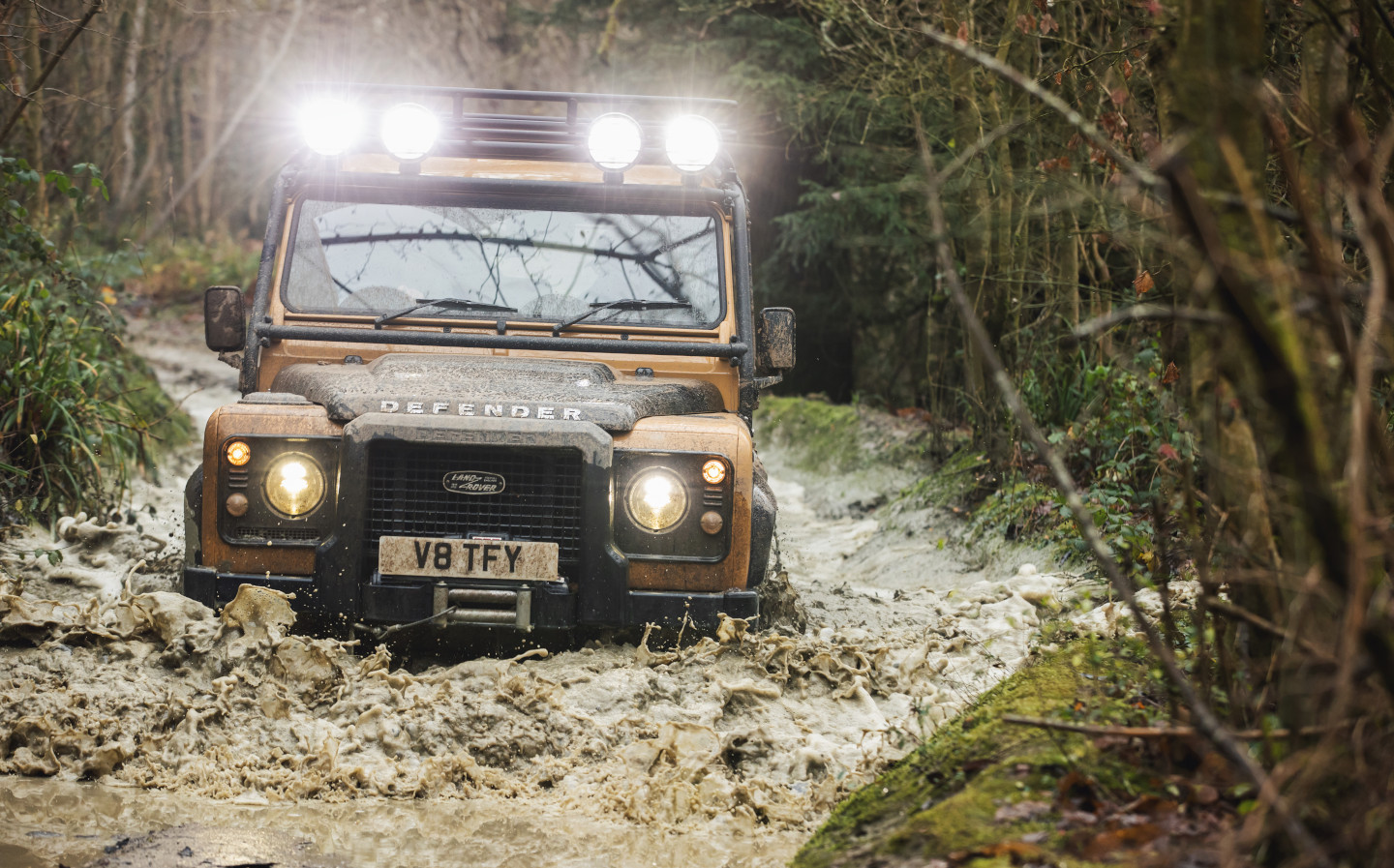 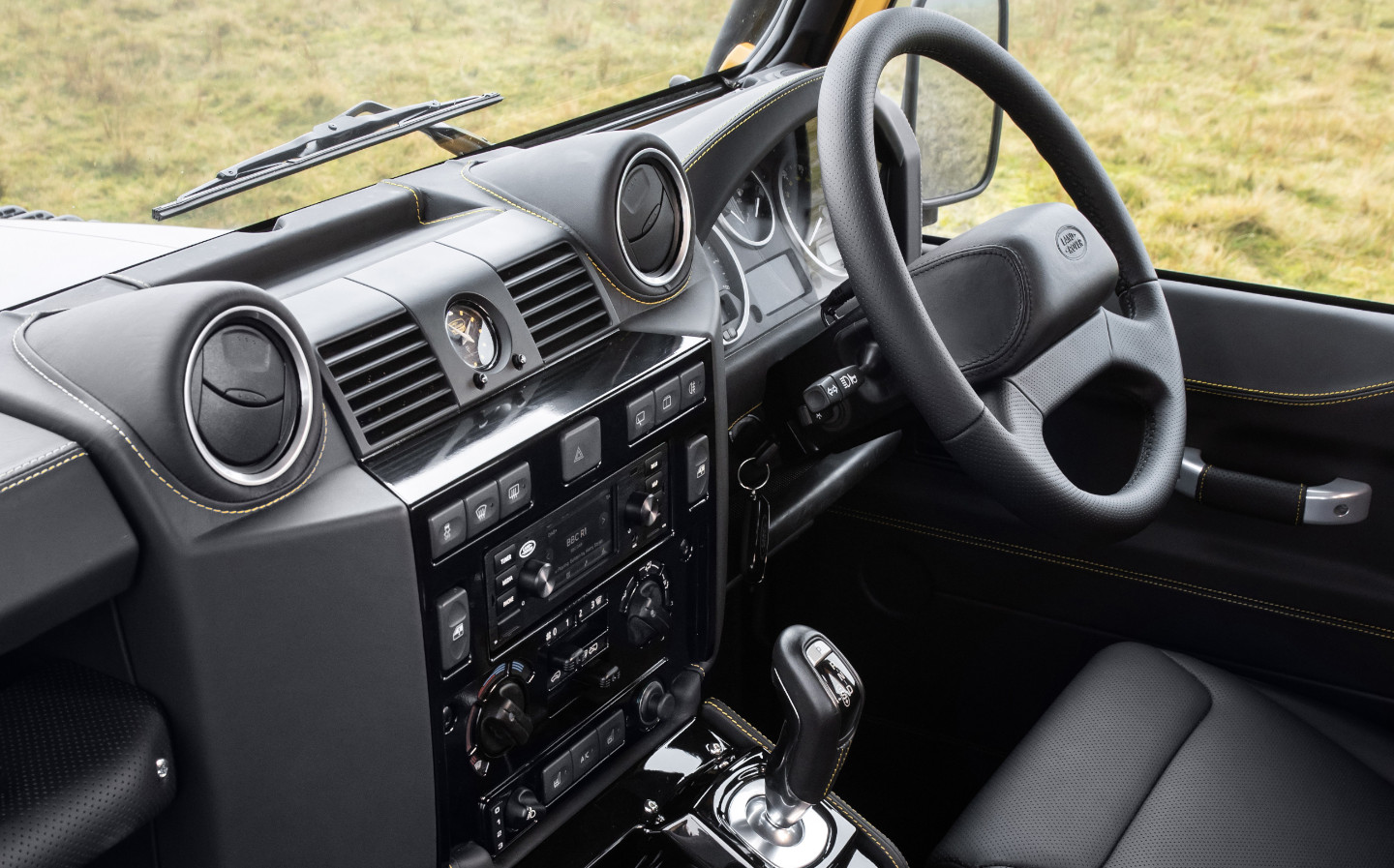 LAND ROVER Classic has begun extremely limited production of a new Defender Works Trophy V8, inspired by the gruelling Camel Trophy competition that took place in the eighties and nineties.

The car, which will only have a production run of 25 units, is based on the re-engineered Defender Works V8 that was developed by Land Rover Classic between 2012 and 2016, and will be made in both the shorter-wheelbase 90 variation and in longer 110 guise.

The 5.0-litre, naturally-aspirated petrol engine produces 399bhp and 380 lb ft of torque, and is linked to ZF’s eight-speed automatic gearbox. The V8 Trophy also has the same uprated suspension, steering and braking as the Works V8.

Every car is finished in Eastnor Yellow with 16in steel wheels in the same colour, as a nod to the design of old Land Rovers. Contrasting Narvik Black paint is applied to the wheel arches, bonnet and rear door.

The interior departs from the basic cabins that many associate with old Defenders, with Recaro sports seats and Windsor Black leather upholstery. There is also a bespoke analogue clock made by watchmaker Elliot Brown, and an infotainment system that is exclusive to Land Rover Classic. 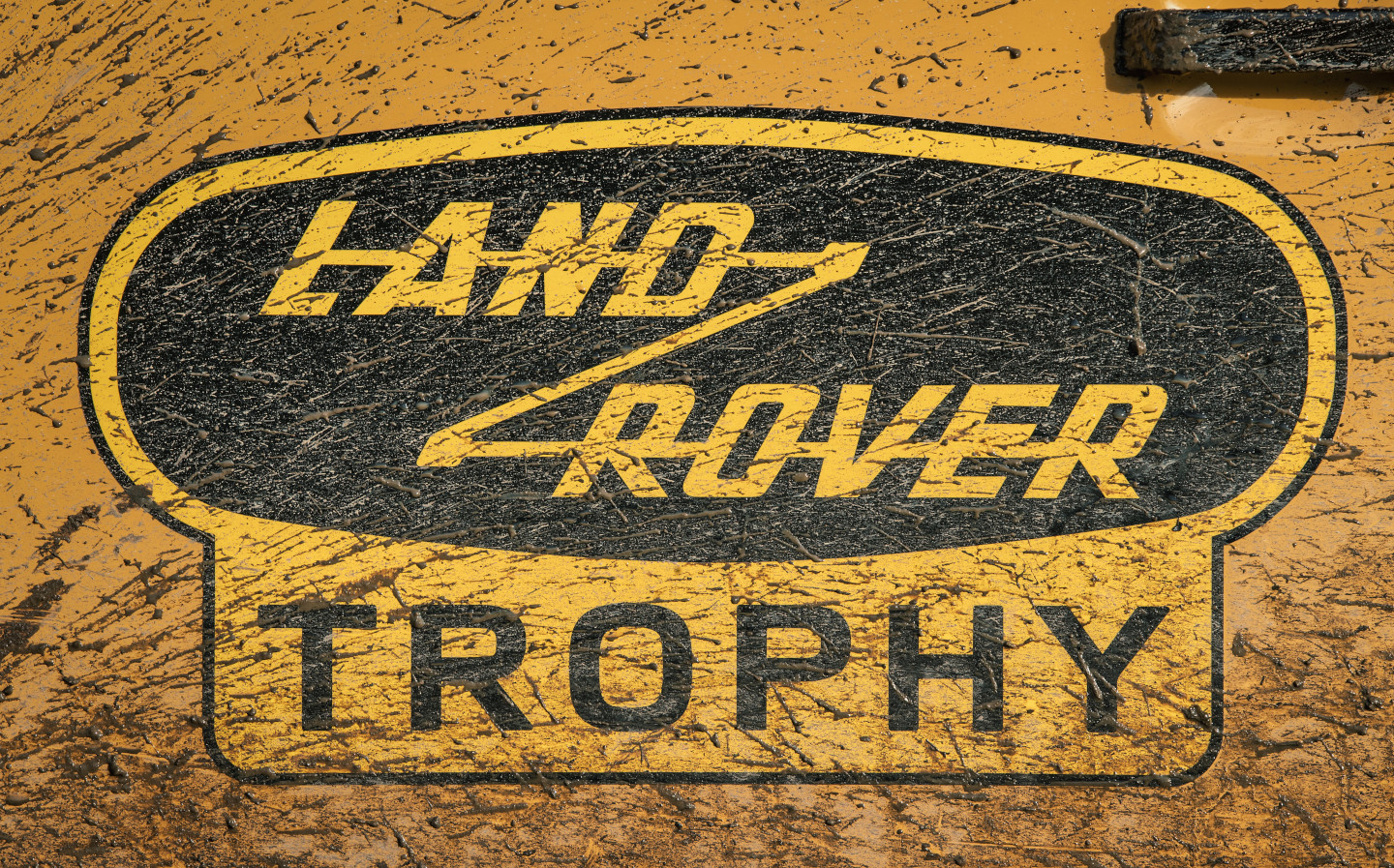 Prices start at a staggering £195,000 for the shorter wheelbase model — £45,000 more than the Works V8 on which it is based — but the rarity of these special editions will make them collectors’ items.

In addition, purchase will grant customers access to a three-day off-road competition at Eastnor Castle, Herefordshire, to be hosted later in 2021. The competition will comprise a series of challenges inspired by Land Rover’s 70-year-long off-roading history, and an as-yet-unannounced “Grand Prize” will be presented to the winner.

Upon receipt of their car, each owner will have the opportunity to emboss their national flag and name on their car, in another nod to the car’s sporting origins.

The Camel Trophy was held annually between 1980 and 1998, and took place in some of the globe’s most remote places, including Siberia, Mongolia, Borneo and Tierra del Fuego, Argentina. Its name was taken from its main sponsor, Camel cigarettes.

All teams used factory-supplied Land Rovers and would partake in “special events” throughout the expedition, which was thousands of miles long. The competition helped cement the rugged image that Land Rover had curated over the years, and became something of a sensation — reportedly, more than a million people applied to take part in the 1989 expedition to the Amazon.

Commenting on the release of the Defender Works V8 Trophy, Dan Pink, director, of Land Rover Classic, said: “The Land Rover Defender has always been more than just a vehicle, its engineering capability and suitability for overland expedition and all-terrain competition means it’s renowned with getting away from it all. The new Land Rover Trophy will bring this to life for a new generation of adventurers.

“Experiences are a key part of Land Rover Classic’s DNA and this whole concept comes directly from feedback we’ve received. Our customers want to create their own stories, battle scars and patina with their Works V8 Trophy vehicles from day one.”