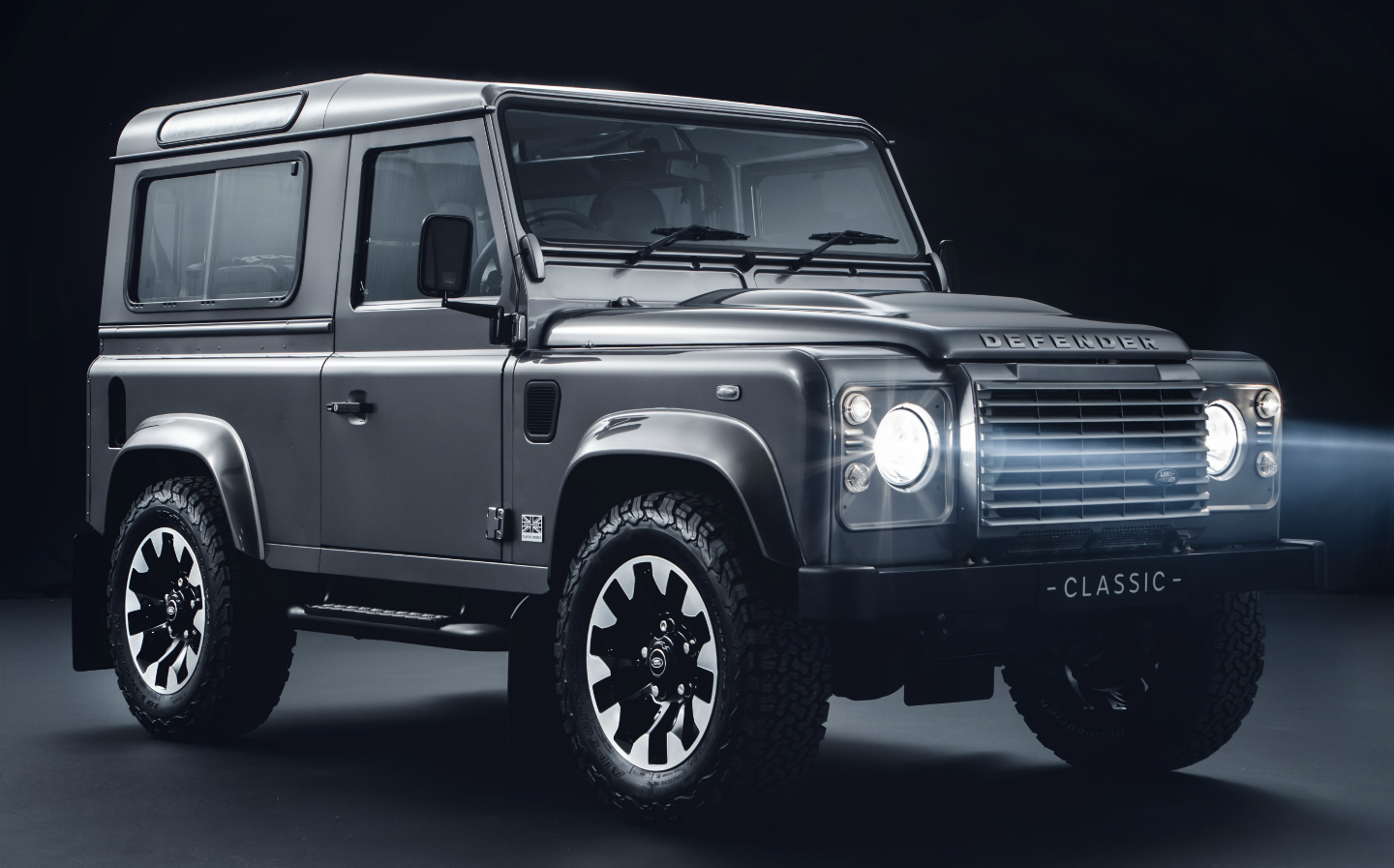 Land Rover may be hard at work developing an all-new Defender but that hasn’t stopped it from turning its attention back to its legendary — but now discontinued — previous model.

Land Rover Classic, the company’s heritage division that produces parts for and restores older Land Rover models, has released a range of upgrade options for the previous generation of Defenders. In particular, the new parts have been designed for Defender 90 and Defender 110 models (so named to denote their wheelbase lengths in inches) built from 1994 up to when production ended in 2016.

The array of Defender kits are derived from the parts seen on the 400bhp Land Rover Defender Works V8 special it produced to celebrate the Land Rover brand’s 70th anniversary in 2018.

None of the new packages involve replacing the standard car’s engine with the Works V8’s 5-litre motor, though buyers can opt for its 18in, diamond-turned “Sawtooth” design alloy wheels. Clients who own a Defender variant produced after 2006 also now have the option of fitting the braking system from the Works V8 cars, as well as a “Defender Classic Suspension Kit” which replaces the regular car’s setup with a package that includes new dampers, springs and anti-roll bars.

According to Land Rover Classic, the “uniquely-tuned” suspension parts have been tailored for on-road comfort and dynamics, which will likely be music to the ears of any Defender owner who uses their car as a daily driver. Considering the way the standard car feels on the road, however, it’s probably best to not expect the new suspension pack to turn the rugged Land Rover into a dynamic road warrior.

The most comprehensive upgrade of all is the “Classic Works Kit”, reserved for 2.2-litre diesel engine-powered models built between 2012 and 2016. For this spec of Defender, Land Rover includes all of the previously mentioned add-ons plus new items such as performance tyres and an engine upgrade that liberates another 40bhp and 76 lb ft of torque from the diesel motor.

With those mods attached, the 2.2-litre unit produces 160bhp and 341 lb ft of torque. Land Rover claims the extra oomph has made the Defender in this spec 16mph faster than the standard car, with the top speed now rated at a Defender Works V8-matching 106mph.

The official Land Rover upgrades don’t come cheap. Each 18in Sawtooth wheel costs £425, meaning you’ll need to spend £2,160 on a full set, including the spare — or nearly double that (£4,060) if you decide to have them fitted for you at Land Rover Classic’s facilities in Coventry.

Likewise, the Land Rover Defender 110’s upgraded brake and suspension packages (which don’t have any factory fitting options) will set buyers back £9,967.37 and £2,247.07 respectively. If you want to bolt those parts onto the shorter Defender 90 model, those prices increase by £424.10.

Finally, the flagship Works Upgrade set you back £16,995, regardless of which Defender model you own. Unlike the other Defender extras, this range-topping offering can’t be done yourself — as it’s only available with mandatory Land Rover Classic installation.