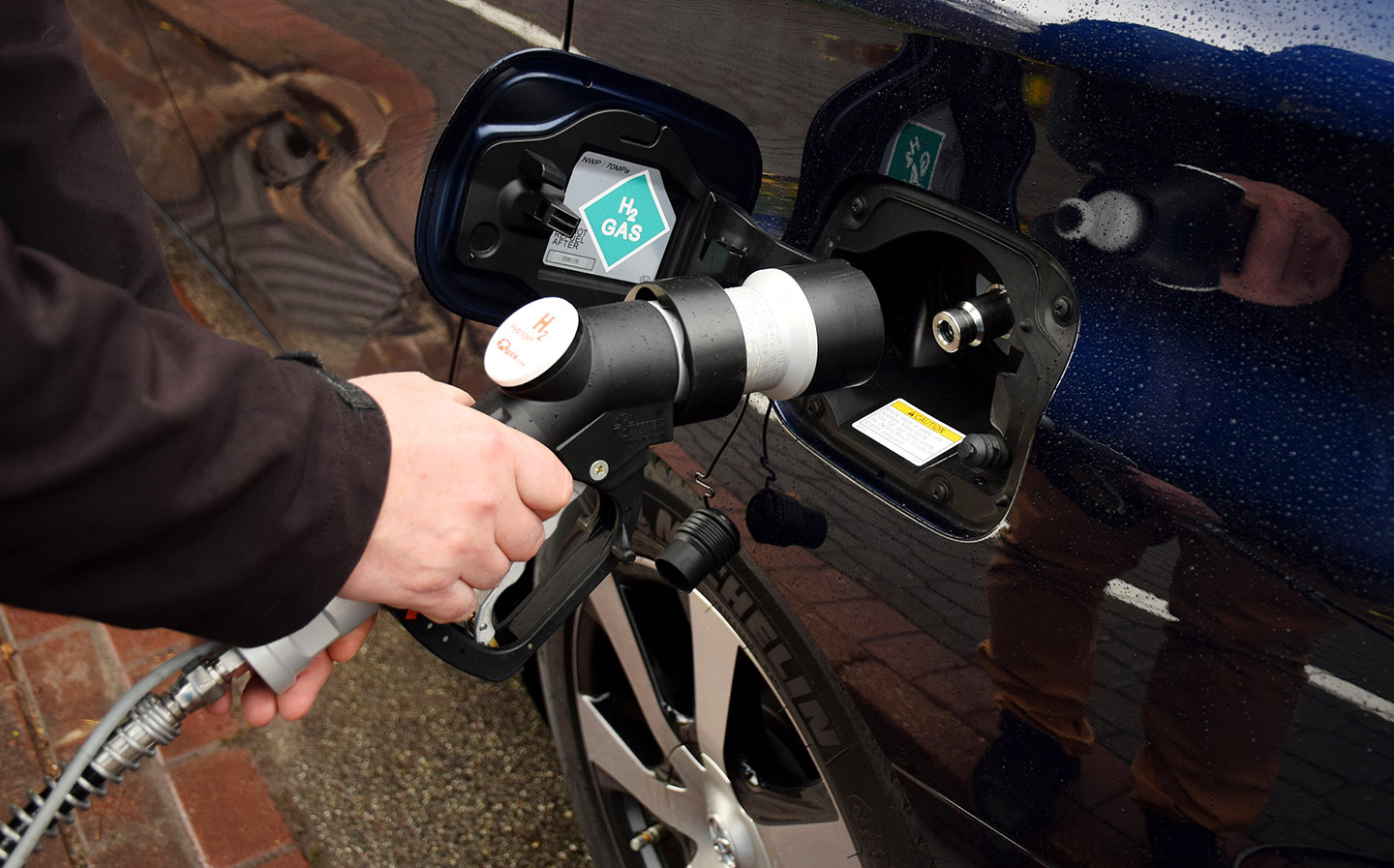 HAILED BY many as the panacea that will allow us to slash transport emissions without dealing with the limitations of electric vehicles, hydrogen, as a fuel, is almost as dirty as any other – that’s the consensus amongst experts today.

Hydrogen may not have the tailpipe emissions of coal or diesel, but the current production process is so intensive as to prompt the question: is it actually worth it?

‘Blue hydrogen’, the kind produced today, is a by-product of natural gas manufacturing and emits 20% more carbon dioxide than burning gas or coal for heat. From a carbon perspective, it’s incredibly inefficient.

Hydrogen has innumerable industrial uses, but its proponents say that it’s a potentially viable power source for vehicles like taxis and long-haul trucks, for which long recharging periods just aren’t realistic.

The US Senate has just passed a massive infrastructure bill that includes $9 billion for hydrogen research and regional production hubs, which clearly signals that the US government doesn’t see it as a dead-end.

Many cities like London, Dublin, Antwerp and Toulouse are dabbling with hydrogen in an attempt to decarbonise their bus fleets, while others are looking at hydrogen power for emergency vehicles.

In the commercial sphere, General Motors, Volvo Trucks and Daimler Trucks and others have announced investment or strategic partnerships in the field of hydrogen fuel cell development.

Toyota, which makes the Mirai, a fuel cell powered car, is considered a leader in the technology and is working with the Port of Los Angeles to test the viability of hydrogen trucks to transport freight to warehouses some 40 miles away.

According to Toyota’s head of advanced technology in North America, Craig Scott, the company expects to have a hydrogen fuel cell truck ready for sale in around two years.

The main obstacle, as with battery electric vehicles, is the refuelling infrastructure.

Is the high carbon cost forever destined to be hydrogen’s dirty secret? Not necessarily.

If you remember your school chemistry lessons, you may remember electrolysis, the process of using electricity to separate water into its constituent elements (hydrogen and oxygen) and the loud pop associated with burning off the hydrogen.

Electrolysis on an industrial scale to create ‘green’ hydrogen is certainly possible, but it needs a lot of energy. Currently, around 42% of the UK’s electricity comes from renewable sources – excluding nuclear power. It would need to be much higher to justify using it to produce hydrogen.

Despite the high environmental cost of producing hydrogen today, it is not being written off as a fuel just yet. It may yet play an important part in cleaning up our transport fleets in circumstances where battery electric vehicles just won’t do.

It’s generally accepted that a lot of investment is required to get to that stage, not just in the power grid but in hydrogen refuelling infrastructure, otherwise it may only ever remain a costly footnote.