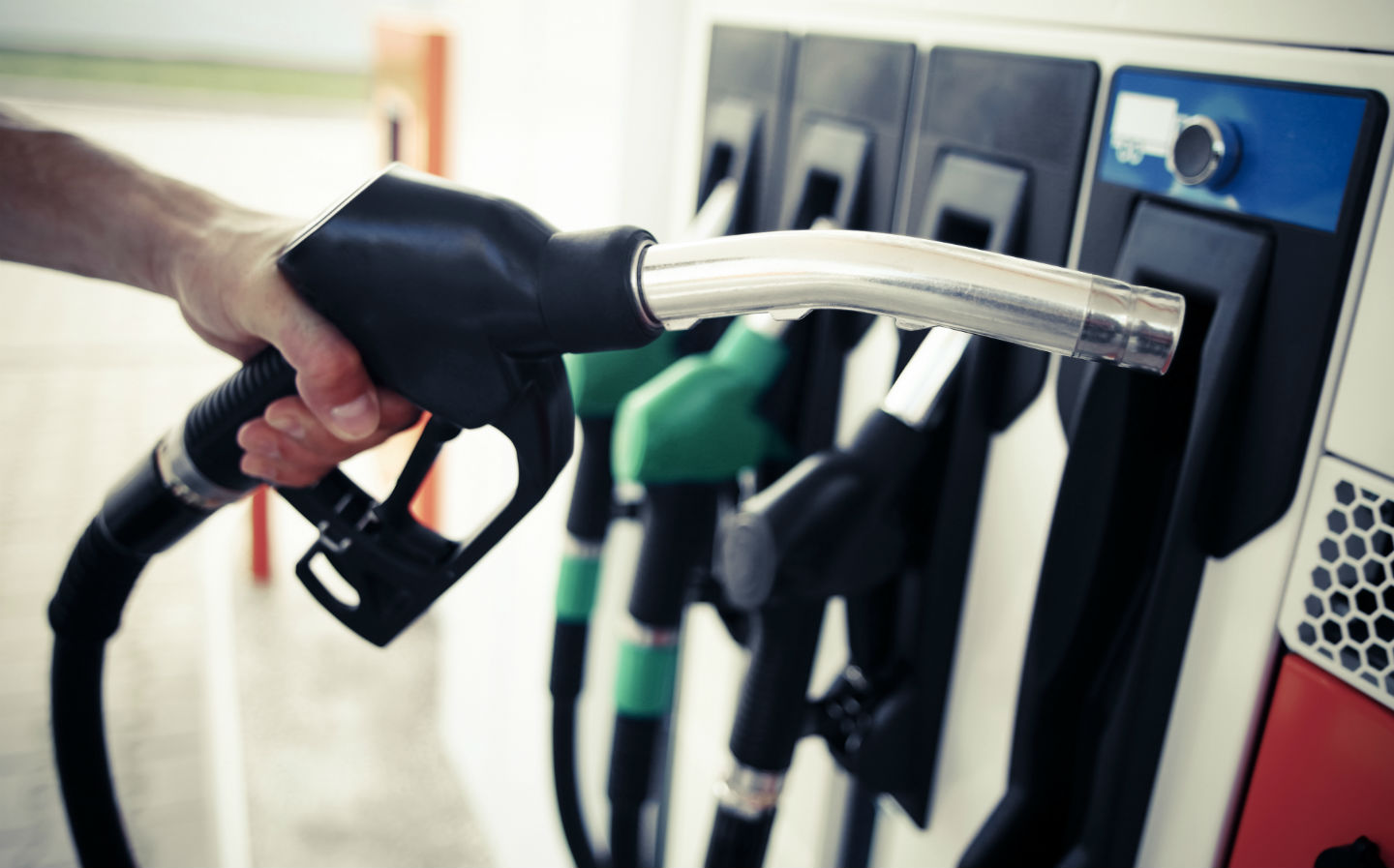 THE government’s ban on the sale of new petrol and diesel cars will come into effect from 2030 with the sale of hybrids being outlawed from 2035.

Thereafter, those buying new cars will have a choice of either battery-electric vehicles or cars fuelled by hydrogen. Whatever choice buyers make under the ban, one option they won’t have, however, is that of buying a car powered by fossil fuels.

The government has been tightening the timeframe for a ban on petrol and diesel cars since it first announced the idea in July 2017, when it proposed 2040 as the start date. In October 2018, the Business, Energy and Industrial Strategy Committee described that plan as “vague and unambitious”.

In February 2019 the prime minister, Boris Johnson, said he would bring forward a ban on new petrol and diesel car sales from 2040 to 2035, or even sooner if a “faster transition is feasible”, and confirmed it would include hybrid and plug-in hybrid vehicles.

In November 2020, Johnson confirmed in a newspaper column that the government was bringing the ban on the sale of petrol and diesel cars forward to 2030, though hybrids will be unaffected until 2035, provided they’re capable of achieving “significant” zero-emissions distances.

The ban will form part of what Johnson refers to as a “green industrial revolution,” creating, he said, a low-carbon economy and millions of new jobs.

With a lot still left to do by 2030 by both the government and the industry in convincing motorists to make the switch to electric and in massively increasing the extent of the UK’s public charging infrastructure, here are the twelve things you need to know about the ban on petrol and diesel cars.

1. Why are new petrol and diesel vehicles being banned?

The petrol and diesel car ban is expected to reduce greenhouse gas emissions and improve local air quality. Petrol cars emit CO2 and Britain has a legal target to cut greenhouse gases to net zero by 2050. Diesel vehicles produce higher levels of nitrogen oxides and particulate matter, which have been linked to increased risk of respiratory illnesses, lung cancer, heart disease and many other conditions.

These emissions can be reduced via modern exhaust systems and additives, such as AdBlue, but electric cars are still cleaner as zero emissions are produced at point of use – except particles from tyres and brakes. Electric cars are even cleaner when they are manufactured and recharged using energy produced using renewable sources, such as wind and solar.

2. What are the rules on hybrid cars?

Hybrids will be banned from sale in new car showrooms from 2035 – five years after pure petrol and diesel. Hybrids come in a number of forms but basically they combine an electric motor with a petrol or diesel engine for greater efficiency. Plug-in hybrids can be charged up for up to around 50 miles of electric motoring before the engine kicks in.

As per Johnson’s wording, the only hybrids that will be able to be sold between 2030 and 2035 are those “that can drive a significant distance when no carbon is coming out of the tailpipe” meaning that manufacturers will need to abandon mild hybrids and increase the range of their plug-in hybrid models by 2030. Even these will be removed from new car showrooms in 2035 though.

3. Are trucks and other commercial vehicles included in the petrol and diesel ban?

Yes, the sale of new diesel vans will be banned from 2030 and diesel lorries will be phased out.

5. What will happen to the value of my petrol or diesel car?

Resale values of traditional combustion engine cars are expected to be hit as demand falls and cities outside London follow the capital in introducing ultra-low emissions zones. As 2030 approaches, used car values are expected to plummet, as manufacturers still offering new models for sale are likely to discount heavily.

7. What will happen to classic cars when petrol is banned?

At the moment there is no suggestion that classic cars powered by traditional petrol or diesel engines will be forced off the road. There are more than half a million “historic” vehicles — those over 40 years old — on British roads and it is unlikely that will change. It is expected that in the twenty years or so following the petrol and diesel car ban, old-style fuels will become less sought after, more expensive and harder to come by as a niche product for enthusiasts.

8. Is it possible to convert my petrol or diesel car to pure-electric?

Yes, but it’s expensive. An engineer can remove the engine, transmission and fuel tank, and replace them with an electric motor, battery and other related components, but electric conversion company Electric Classic Cars charges £20,000 for a small car and as much as £60,000 for a large one. Insurers tend to charge more for modified cars, too. If you do it, it would be heart over head.

9. How does the 2030 ban affect my current car finance deal?

For the 90% of new cars bought on finance, the agreement remains valid for the duration, including any guaranteed minimum future value (GMFV), which estimates how much a car will be worth at the end of the contract. It is likely that there will be incentives for drivers to enter deals for electric and hybrid models when existing leases end.

At the moment there is a premium on pure-electric cars as they are more expensive to make. A Peugeot e-208 is roughly £6,000 dearer than an equivalent diesel version of the 208.

However, as sales increase, economies of scale will mean the cost of production decreases, and prices will reduce. Price parity with petrol and diesel cars is expected by the 2030s, with some experts predicting it to happen as soon as 2024.

11. Are there financial incentives to buy an electric car?

The government currently offers motorists £1,500 off the upfront cost of new pure-electric cars but Grant Shapps, the transport secretary, has admitted that the grant “will go eventually” as more drivers move over to electric. The grant is only available on cars costing up to £32,000.

The plug-in car grant has been extended until March 2023, though, at a cost of £403m. Pure-electric car drivers also pay zero VED (commonly known as road tax), are exempt from the London Congestion Charge, pay less for servicing and maintenance and electricity is cheaper per mile than petrol and diesel, due to there being significant tax on petrol and diesel. Company car drivers save a packet on Benefit in Kind, too.

The government is looking to plug a £40bn gap in taxation as a result of people switching to electric vehicles, which pay no fuel duty or vehicle excise duty. Increasing the number of toll roads has been suggested to help generate road tax, while The Times reported that the Chancellor of the Exchequer is very interested in a pay-as-you-drive scheme that would charge drivers by the mile. Road groups are concerned that those living in rural areas, who are forced to drive further than those living in urban areas, will be negatively impacted, with The AA’s Edmund King suggesting “Road Miles” credits could be given to those living in more remote parts of the country.

When will diesel cars be banned?

The sale of all new diesel vehicles will be banned from 2030, this includes cars and vans, with lorries being phased out.

When will petrol cars be banned?

Like diesel vehicles, the sale of all new petrol cars will also be banned from 2030. Used vehicles won’t be banned from the road though, you’ll still be able to buy and sell used cars that are powered by petrol and diesel after 2030.

– If you found our guide to the 2030 ban on petrol and diesel car sales helpful, you might also like our guide to London’s ULEZ.
– Thinking of purchasing a new vehicle ahead of the ban? These are the UK’s best-selling cars of 2021.
– We recently reported that car buyers are turning to used diesel cars during coronavirus.