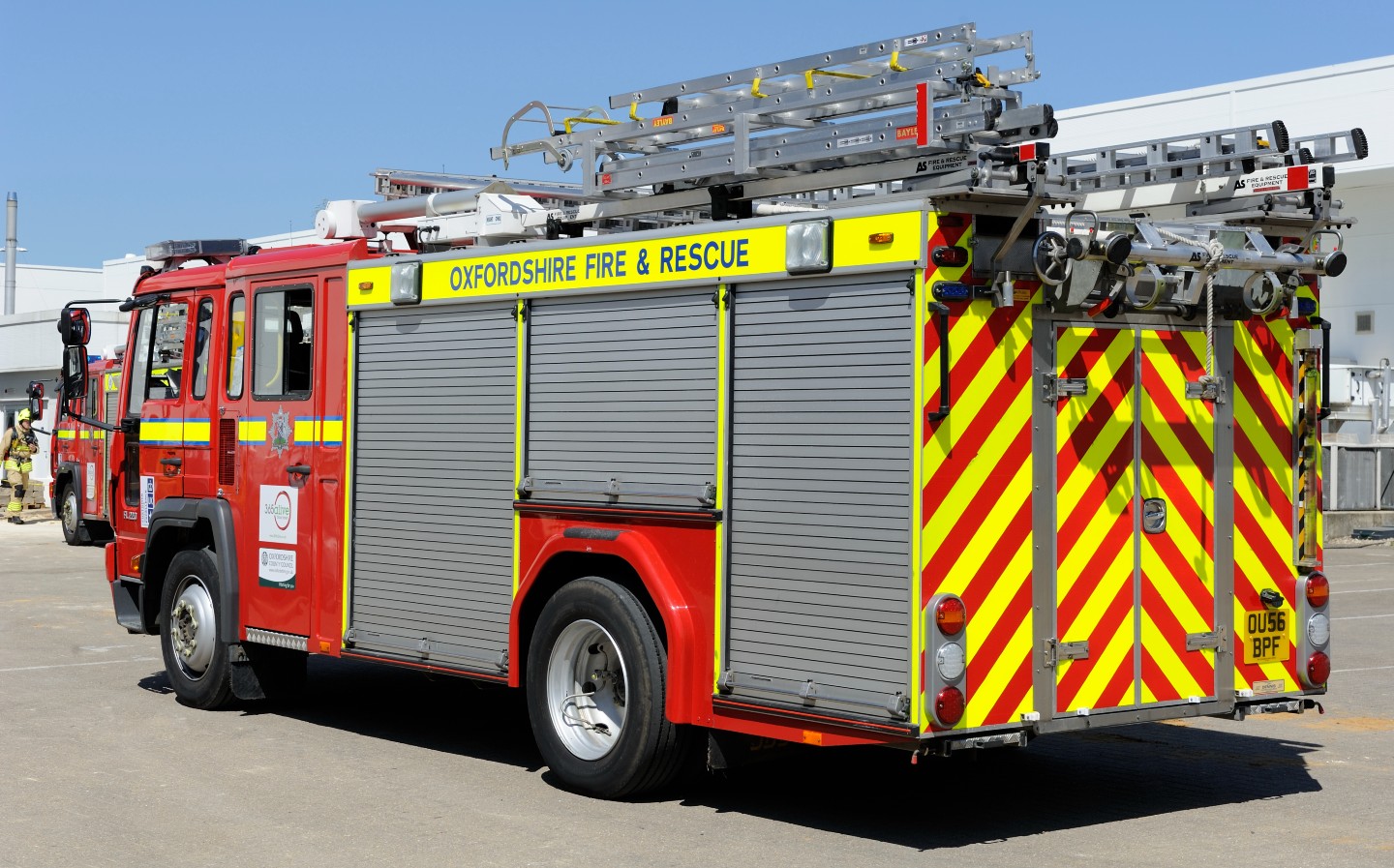 HYDROGEN fuel cell power could be used for fire engines in Oxfordshire, as the council aims to be a net zero carbon local authority by 2030 for its own operational emissions.

Oxfordshire County Council’s Fire and Rescue Service will partner with the Ultra Low Emission Mileage Company — ULEMCo — to explore the feasibility of using fuel cells in a fire engine.

Funding for the research project has been confirmed from Innovate UK as part of the government’s ‘Transitioning towards Zero Emission Vehicles’ initiative.

“Hydrogen could play an important role in our efforts to decarbonise, especially where battery powered electrification is challenging in heavy duty vehicles like fire engines. I’m delighted that we are partnering with ULEMCo on this innovative feasibility study as an important step in exploring and advancing zero carbon solutions.”

The funding covers an eight-month project that will begin with a detailed study of energy use on a typical fire engine. The fuel cell will be required to generate enough electricity to pump water for up to four hours at the scene of a fire, as well as provide the fire engine with sufficient range.

ULEMCo is tasked with designing the fuel cell powertrain installation, which is likely to use an off-the-shelf fuel cell to generate electricity. Fuel cells combine hydrogen from a compressed gas tank with oxygen from the air in a chemical reaction that creates electricity. Its only by-product is H2O (water), though hydrogen readily combines with other elements meaning it must be manufactured, stored and transported, which can be an energy-intensive process in itself.

Refuelling is an issue for cars as there are only a handful of hydrogen filling stations in the UK at present, though if refuelling can take place at fire stations themselves, or nearby, it could be an ideal use case example.

A full fire engine specification and detailed engineered design for a prototype vehicle are expected, at which stage a decision will be made on whether a prototype will be built.

“We are excited to be working on this important initiative to plan the future of specialised utility vehicles such as fire tenders,” said Amanda Lyne, managing director of ULEMCo. “Hydrogen has tremendous potential for enabling zero emission vehicles in the short term.”

In parallel with the study, Oxfordshire County Council has committed to developing a plan for hydrogen refuelling of the fire engines, as part of a wider look at hydrogen infrastructure in the county.

Rob MacDougall, chief fire officer for Oxfordshire County Council’s Fire and Rescue Service, said his organisation was “absolutely committed to act towards our net zero target and building on the work we have already done to move part of our fleet away from internal combustion engines. Heavy fire engines pose a particular challenge, and we feel that hydrogen powered fuel cells can play a promising role in delivering on the county’s climate action ambitions.”

Earlier this year, ULEMCo confirmed that it would have a prototype ambulance powered by a fuel cell available to test by the London Ambulance service this autumn.