JAMES MAY has revealed that he is selling his Toyota Mirai, just a week after calling the hydrogen fuel cell electric vehicle “the nicest car [he has] ever owned” in a piece for The Sunday Times.

The 54-year old made the admission in a video published by online motoring enthusiast community DriveTribe, which he set up with long-time colleagues Jeremy Clarkson and Richard Hammond in 2016.

Describing the Mirai, May said: “It’s serene, it’s got an excellent ride, it’s very well made, it’s polite… it’s just a very agreeable experience being in the car. But I have had it for a while, and I believe cars are a little bit like fashion — you have to move on.”

Eagle-eyed commenters noted that May has owned the rugby shirt he wore in the video for more than a decade.

The Grand Tour host also admitted that the scarcity of hydrogen refuelling stations in the UK had made it difficult to run the car as a daily driver, noting that there were just eight in the entire country when he bought the car in late 2019, which has increased by only three since then.

“[Owning the Mirai] would be fine in Germany, they’ve got hundreds of hydrogen stations. So do the Japanese. We haven’t — we’re behind. And frankly, I’m getting a bit old for that kind of thing, so I’ve decided this will go,” he said, gesturing to the car. DriveTribe estimated that May will replace the car in mid-April, although no suggestion has been made regarding what its successor will be. 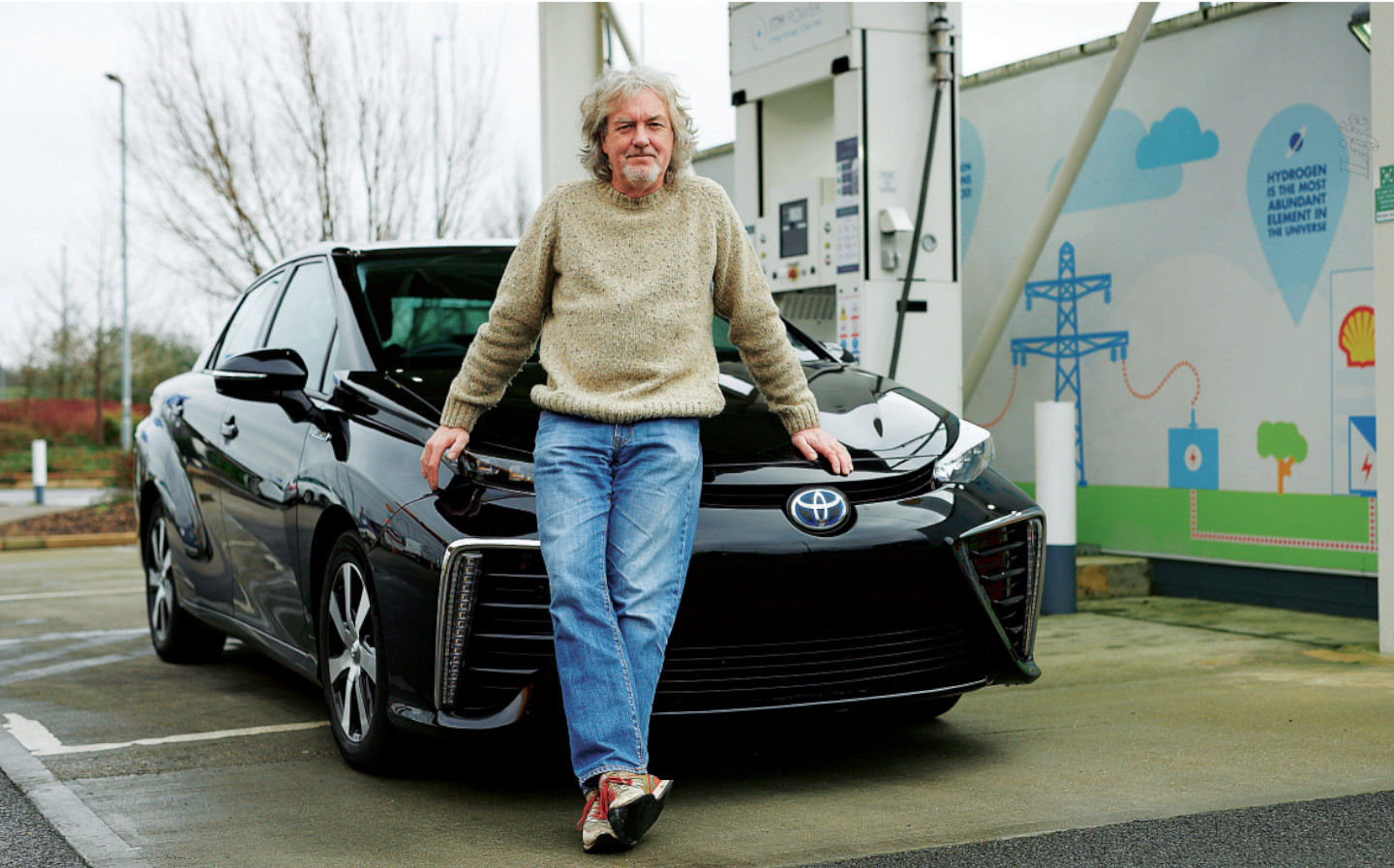 Writing in the Sunday Times Magazine on February 28, May said that the Mirai, while not terribly exciting to drive, represented an exciting future for not just transport but all our power needs.

“The fuel-cell car is merely the car element of a much bigger energy vision to decarbonise everything,” he wrote. “For that reason I think it’s worth pursuing.”

The Mirai is not the only electric vehicle that May owns — he also has a battery-powered Tesla Model S 100D, although he has previously described the Mirai as “more refined”, going as far as to compare the comfort of its ride to that of a Bentley Continental GT.

What is a Toyota Mirai, anyway?

The Mirai is one of only two hydrogen fuel cell cars currently on sale in the UK — the other being the Hyundai Nexo crossover SUV. Whereas “battery-electric” or “pure-electric” cars, such as those made by Tesla, the Jaguar I-Pace or the Nissan Leaf, to name just a few, store electrical energy in a battery pack, fuel cell electric vehicles (FCEVs) store it as compressed hydrogen gas, which is combined in a fuel cell stack with oxygen taken from the air, to create electricity. The only by-product of the reaction is water.

The electric motor driven by the fuel cell in the Mirai creates 152bhp and 247 lb ft of torque, which means that unlike James May’s Tesla, it is not a terribly fast car. Yet because few are produced each year, the Mirai comes with a high cost: £66,000. That makes it extremely expensive compared with internal combustion engine cars that have comparable performance figures.

The first Mirai was launched in 2015. Toyota last year revealed the second generation of the car, which disposes of the first generation’s outré looks in favour of more traditional saloon styling. It also adds 28bhp to the outgoing generation’s power figure, and has a range of approximately 400 miles — better than nearly all battery-electric cars currently available for purchase and 30% better than the current model.