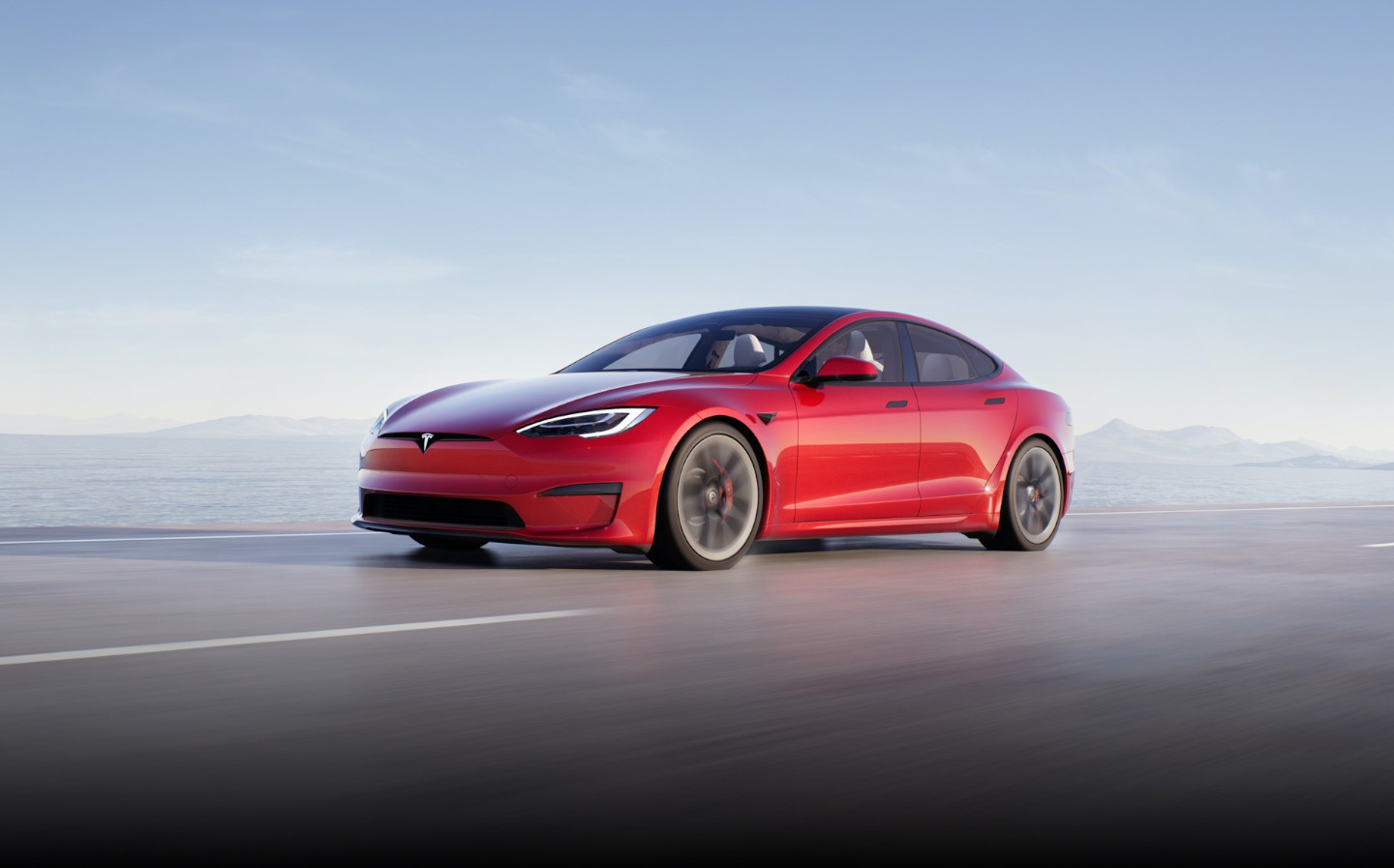 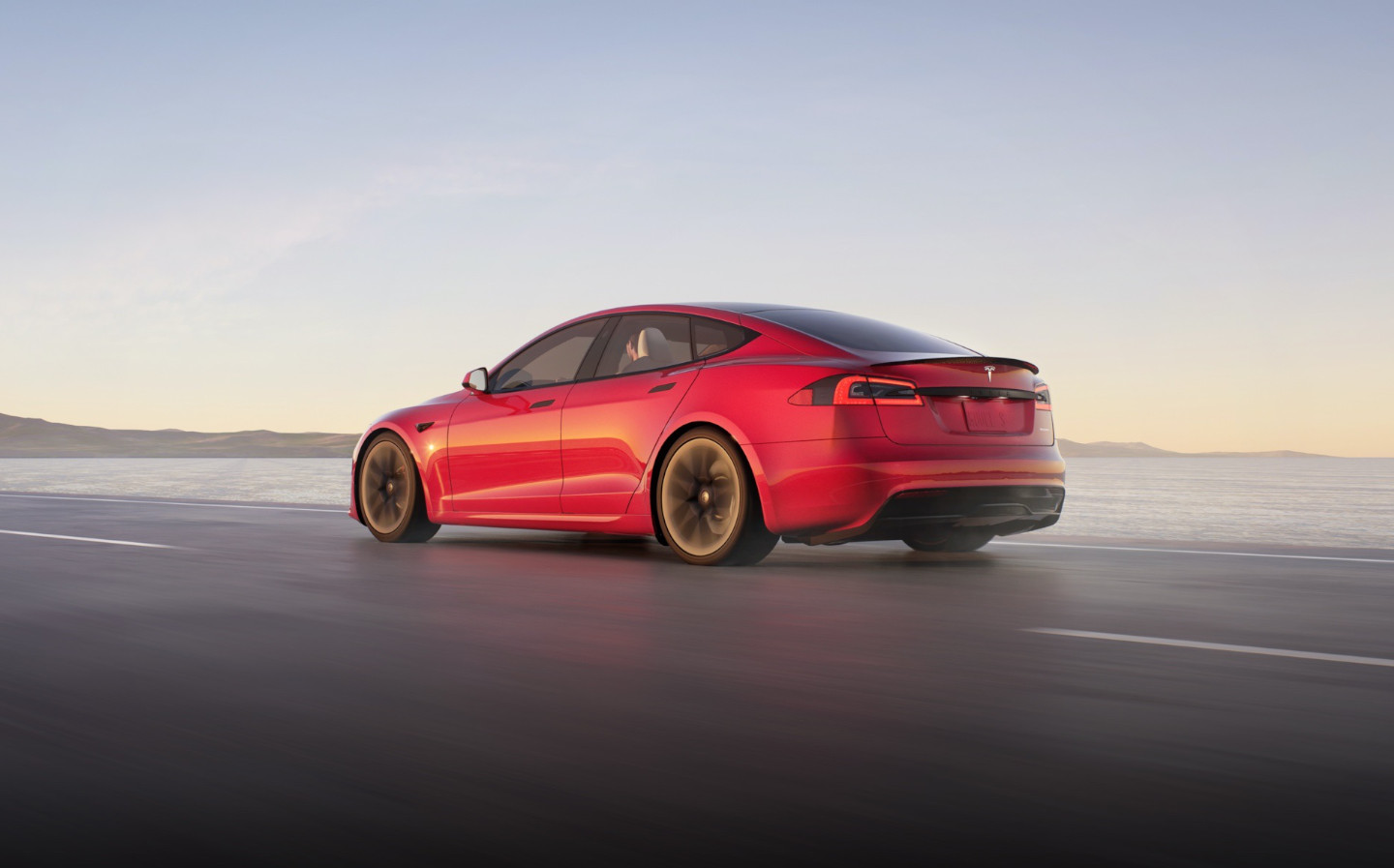 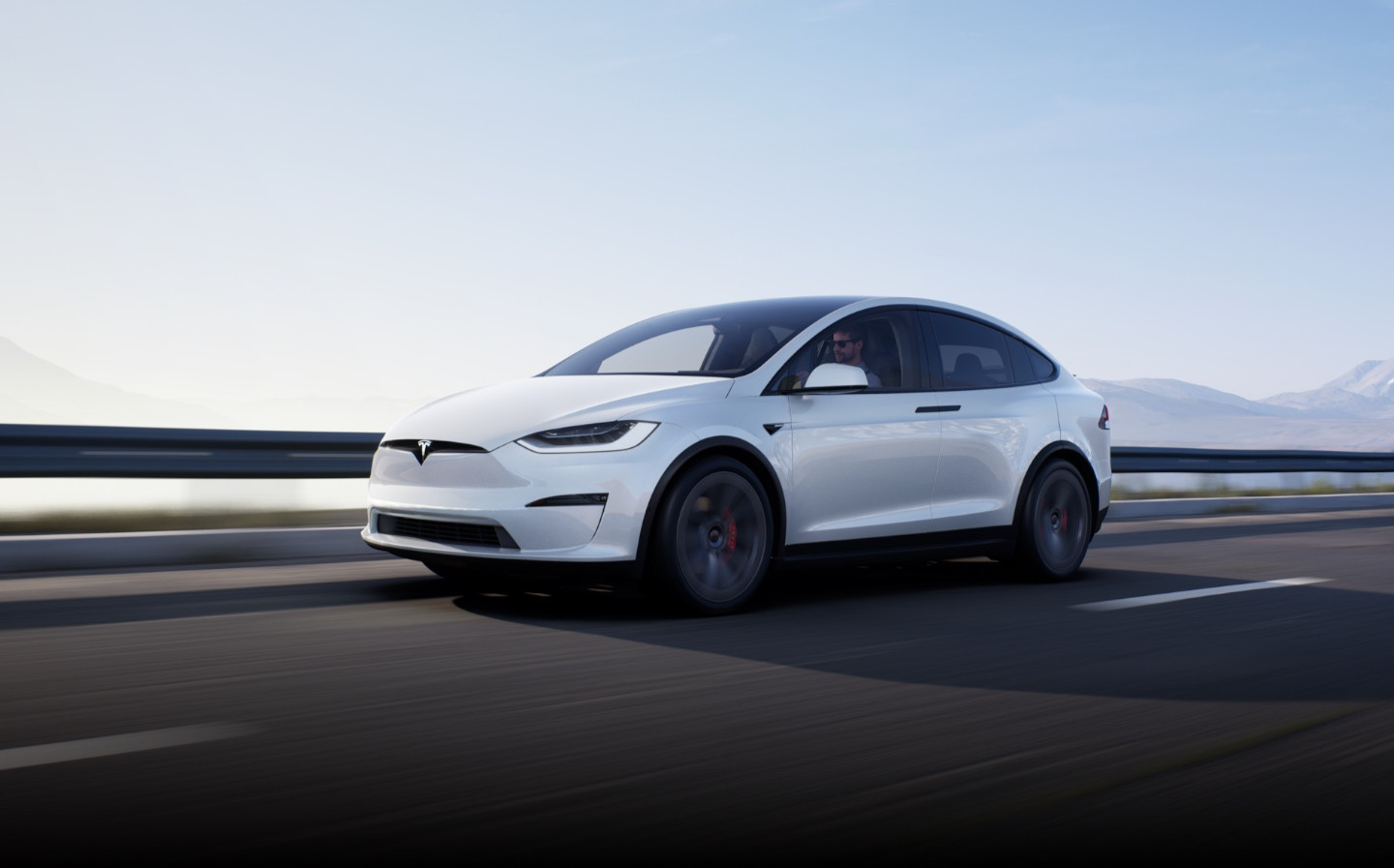 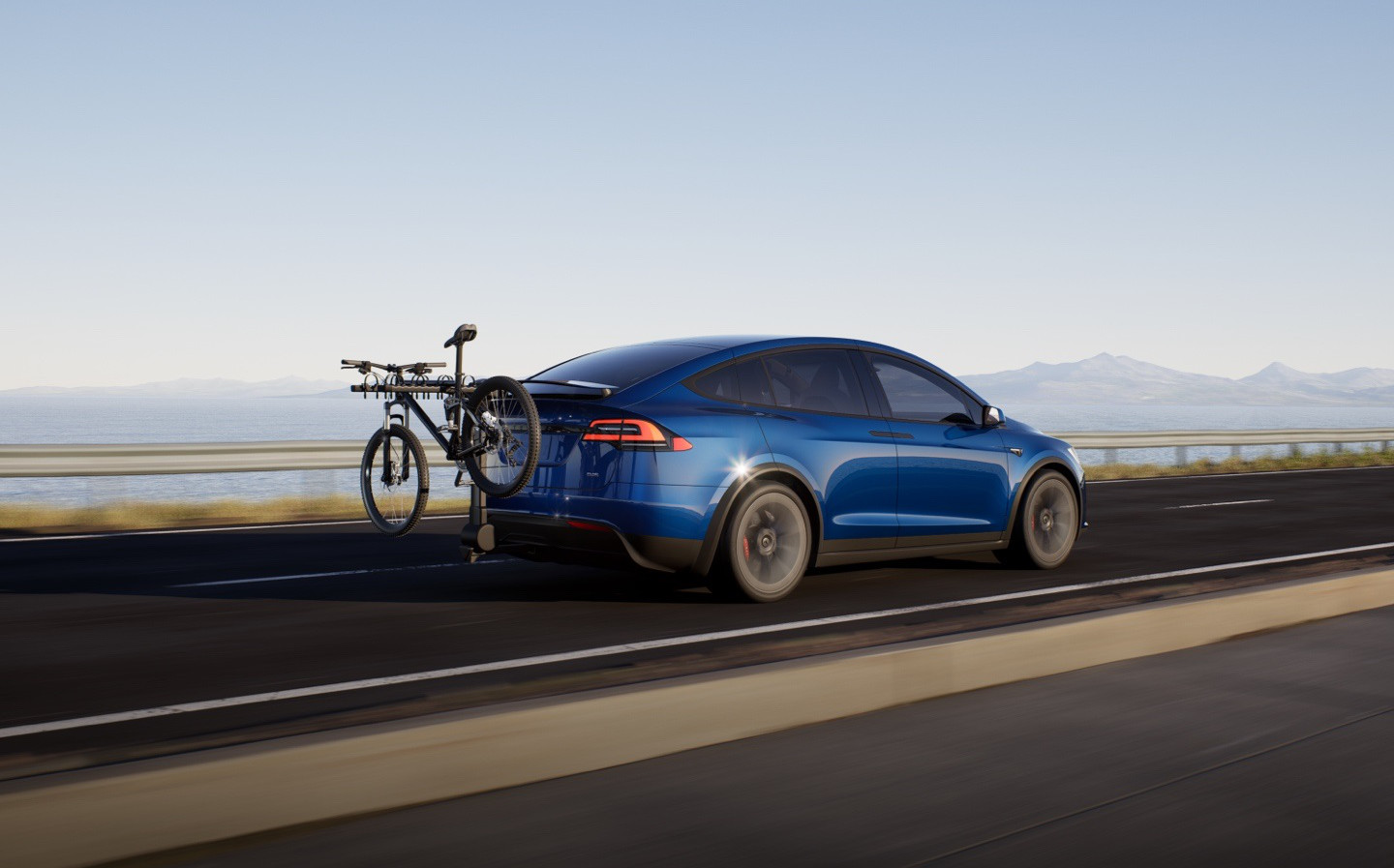 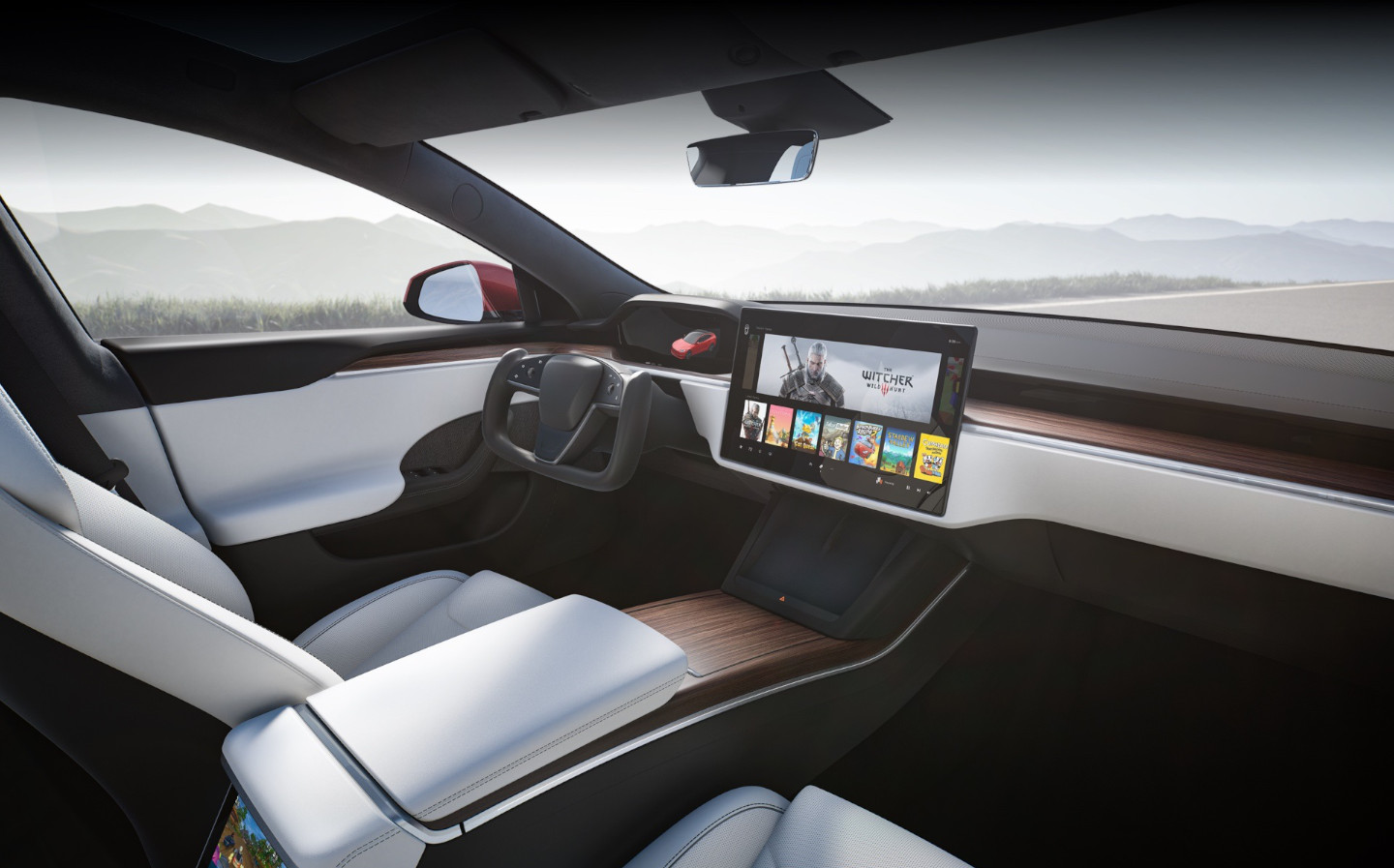 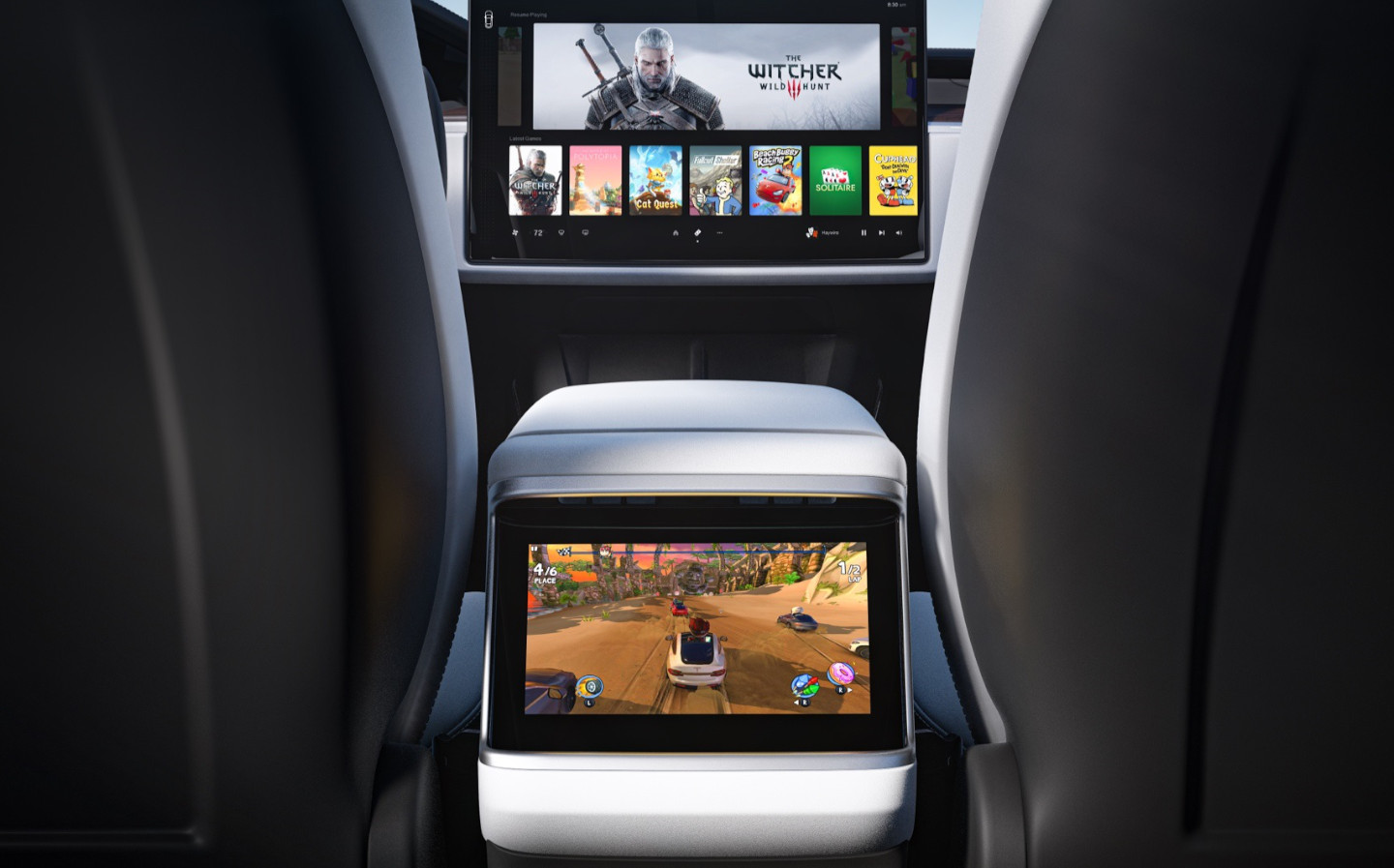 TESLA has unveiled a raft of updates to its Model S saloon and Model X SUV including 1,000bhp+ variants and interior updates that include a cut-off top steering wheel.

The car maker’s CEO (and world’s richest person) Elon Musk claimed on Twitter that the Model S Plaid is the “first production car ever to achieve 0 to 60 mph in less than two seconds”.

Musk also claimed that it would hit 155mph after a quarter-mile of acceleration, and that a top speed of 200mph can be achieved if suitable tyres are fitted.

The range-topping Model S Plaid+ packs more than 1,100bhp, and has a claimed range of 520 miles — more than any other EV currently on sale, and nearly double that of other sporty pure-electrics such as the Porsche Taycan.

The range of the Model S Long Range has ben bumped up to 412 miles, which drops to 390 miles in the “standard” Plaid model.

The Model S’ superior range can be attributed to “updated battery architecture” as well as what Tesla claims to be “the lowest drag coefficient on earth”.

Tesla announced at its Battery Day in September 2020 that it was working in-house on its own “tabless batteries” that would improve the range of its cars.

Meanwhile, the Model X SUV has also received powertrain upgrades. While it does not receive a flagship Plaid+ variant, a new Plaid model can do 0-60 in 2.5 seconds — more than a second quicker than luxury SUVs such as the Lamborghini Urus (3.6 seconds) or Bentley Bentayga Speed (3.9 seconds).

The Plaid models in both cars have three electric motors and all-wheel drive.

What interior upgrades have been made to the Tesla Model S and Model X?

The biggest upgrades to base-level models come on the inside of the car, where it is immediately noticeable that Tesla’s famous portrait touchscreen has been replaced with a whopping, high-res, 17in landscape display that can be tilted towards the driver or passenger. There is also an HD screen in front of the driver and a display between the front seats for passengers riding in the back.

These screens are attached to a gaming computer with 10 teraflops of processing power (for comparison, a new Xbox Series X has 12), as well as wireless controller compatibility.

In his series of Tweets, Musk said that the infotainment system would be compatible with new game Cyberpunk 2077 (a game that he praised in the same series of tweets but has become notorious for a huge number of bugs and quality issues, particularly on lower-powered gaming machines). Official shots of the Model S interior from Tesla show that The Witcher 3 can also be played through Tesla Arcade.

Traditional car makers have resisted installing video games players in their cars due to safety and regulatory concerns. The fact that games can be played in the new Teslas “from any seat” may concern safety organisations and campaigners, especially given that some drivers mistakenly believe Teslas to be fully self-driving. In most countries, including the UK, drivers are currently required by law to be in control of their car at all times, which means having their hands on the wheel.

A study by the US National Highway Traffic Safety Administration showed that drivers who performed a secondary task at the wheel were two to three times more likely to crash than those who did not, and 22% of accidents in America are thought to be caused, at least in part, by driver distraction.

Reception to the upgrades has mainly focused around the new U-shaped steering wheel, which appears to have taken inspiration from yokes found in aircraft, racing wheels with cut-off tops, or even steering wheels from popular science fiction such as the TV show Knightrider, which features an artificially-intelligent self-driving car called Kitt.

While deliveries of the new cars in the US are scheduled to begin next month, UK deliveries will not start until 2022.