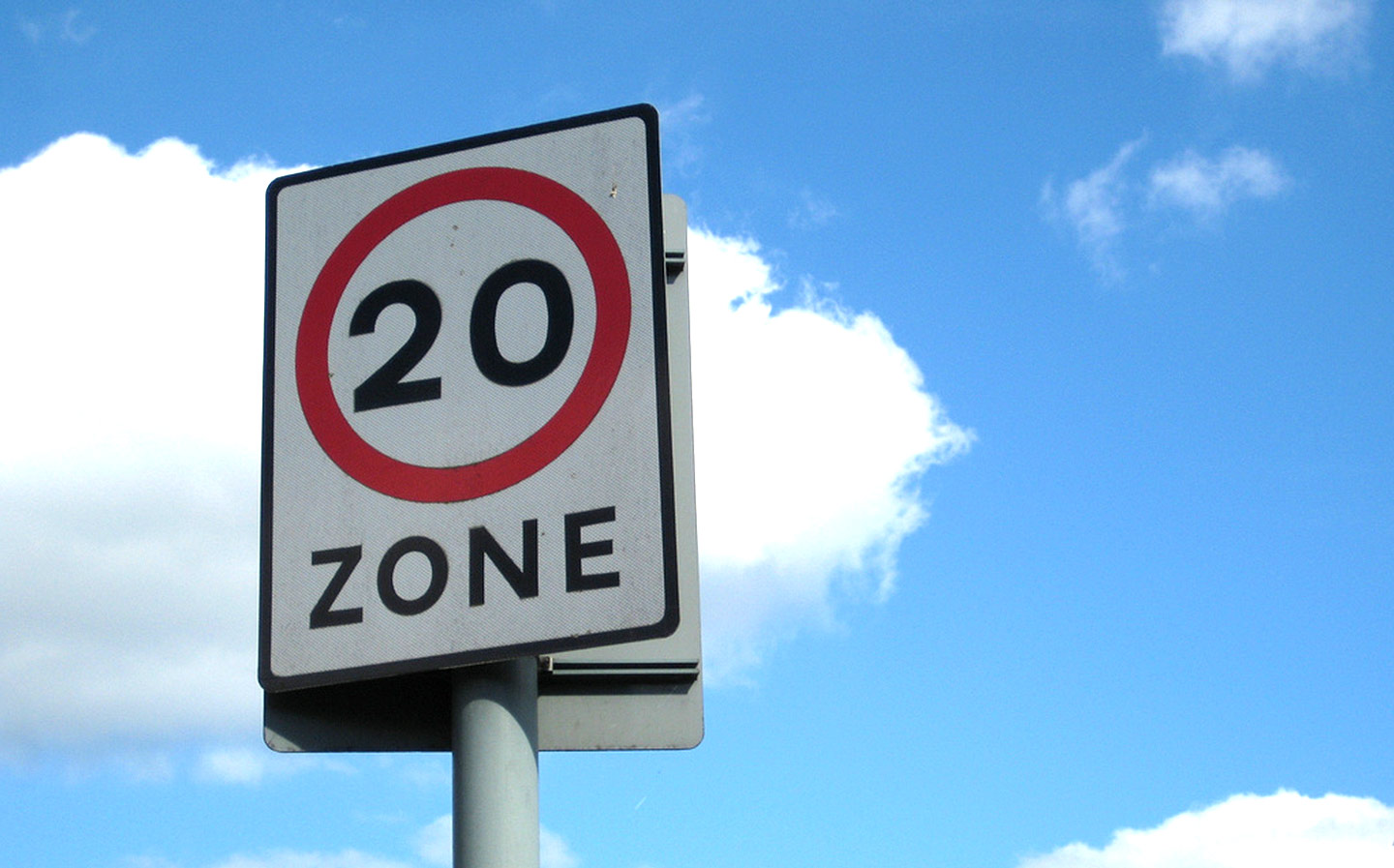 HOW DID you react to the news that new cars will, within three years, be fitted with automatic speed limiters? It’s no surprise that most car enthusiasts, including many of my peers in motoring journalism, haven’t taken to the idea.

Writing in Autocar yesterday, the brilliant Steve Cropley pointed out a number of reasons why we should be concerned about the imposition of the technology, including it contributing to inattentiveness and encouraging dangerous driving through frustration.

All of Cropley’s points are valid and should be taken seriously, but I don’t agree speed limiters are “emphatically not the way to go”, as he concludes.

In fact, I’m all for automatic speed limiters. Why? Because driving on public roads stopped being fun ages ago. A combination of declining driving standards, increasingly gridlocked roads and the proliferation of speed cameras – which can be waiting just around any corner, or more than ever, recording your average speed between two points – have worn me down.

Any desire to break the speed limit where, in my personal opinion, it was safe to do so was finally beaten out of when I racked up six points on my licence, around five years ago, and found out that I wouldn’t be able to borrow any media test cars if I got any more endorsements. That meant I wouldn’t be able to do my job, which was a pretty serious concern.

Although my licence is now clean again, I’m still not able to test drive Porsches; its press office was the only one that told me my CD10 offence – which accounts for three of the six points and was obtained for exceeding the speed limit while overtaking a middle lane hog on the inside lane – meant it couldn’t insure me to drive its cars for five years hence. As a motoring enthusiast and fan of fast cars, that was a major blow.

If that wasn’t the clincher, around the same time I welcomed my first child into the world. The arrival of my daughter rewired my brain in a number of ways. Suddenly I could imagine what it might feel like if she toddled out onto the road and into the path of an oncoming car; one that might not be able stop in time because it was travelling too fast.

And I could picture quite clearly a scenario in which I’d have to look another parent in the eye and tell them I’d run over their child while driving more “enthusiastically”, shall we say, than the law allowed.

Yes, as enthusiasts we can point to the fact that not all vehicles are born equal, and it’s obvious to us that modern cars can stop much quicker than the official stopping distance guidance states. But that’s not the point. The point is that arguing, “I wasn’t adhering to a 20mph limit because a 2019 BMW 3-series travelling at 30mph in dry conditions should have stopped in X metres,” will be of no comfort to the parent of a child you’ve just hit.

Ah, and 20mph limits; the new bane of my life. Not because they are there (and when I say “there”, I mean almost everywhere in inner London these days), but because I seem to be the only bugger sticking to them. And man, do the people following me get angry about my abiding by the law. I can almost feel the rage mounting in them as they attempt to swap bumper paint; I can see it via the rear-view mirror on their increasingly contorted faces.

Cropley’s point about automatic speed limiters having “huge potential to create head-on collisions as drivers who ‘can’t take it any more’ take chances to get past” is bang on the money. But I would argue the solution is not to allow people to drive faster, as a pressure release valve to prevent them from driving dangerously. Instead, the government ought to better educate motorists on the reasons from reducing speeds.

And, yes, they should also introduce technology that ensures we’re all abiding by the same rules and on a level playing field.

I’ll be the first one to agree that all of this takes much of the pleasure out of driving on the road, but as I said, the fun has already gone. No doubt many of you are as frustrated as I am about the middle lane hogs, the tailgaters, the brake-testers and the cut-uppers. And then there are the distracted drivers who refuse to put down their mobile phones.

The standard of driving right now makes me yearn for the introduction of level 5 autonomous vehicles that will take control away from the idiots completely.

That’s a long way off yet, despite the regular headlines to the contrary, but the steady introduction of driver aids suggests we might get there one day, organically.

I don’t drive anywhere without a dash cam recording my driving for fear that one of the idiots will do something dangerous and crash into me. The fact that it also records my speed is an added incentive not to break speed limits. It helps keep me honest – I’m only human, after all.

Speed limits and speed limiting technology don’t make driving more fun, it’s true, but they do make the roads safer. And that’s what roads should be: safe. For motoring fun, there are countless places to go, including karting tracks and racing circuits, at which you can drive your own cars as fast as you like in a controlled environment.

A couple of weeks ago, Volvo announced that it would be introducing a speed cap of 112mph on all its cars from 2020. Following the announcement, it received all manner of criticism from people outraged that it would be imposing such a thing on drivers, including one who said “When I’m driving faster, I’m sharper and have more attention on the traffic.”

Volvo said it reminded them of when they introduced seatbelts to all their cars, in 1959, and people said being strapped into the car was a “scary” idea. Attitudes change and eventually look amazingly old-fashioned; I’m willing to bet that 50 years from now, people will look back at the idea of humans being allowed to control cars on their own, and drive at potentially any speed, as unbelievably risky. Any arguments against automatic speed limits on roads may, therefore, seem extraordinarily naïve.