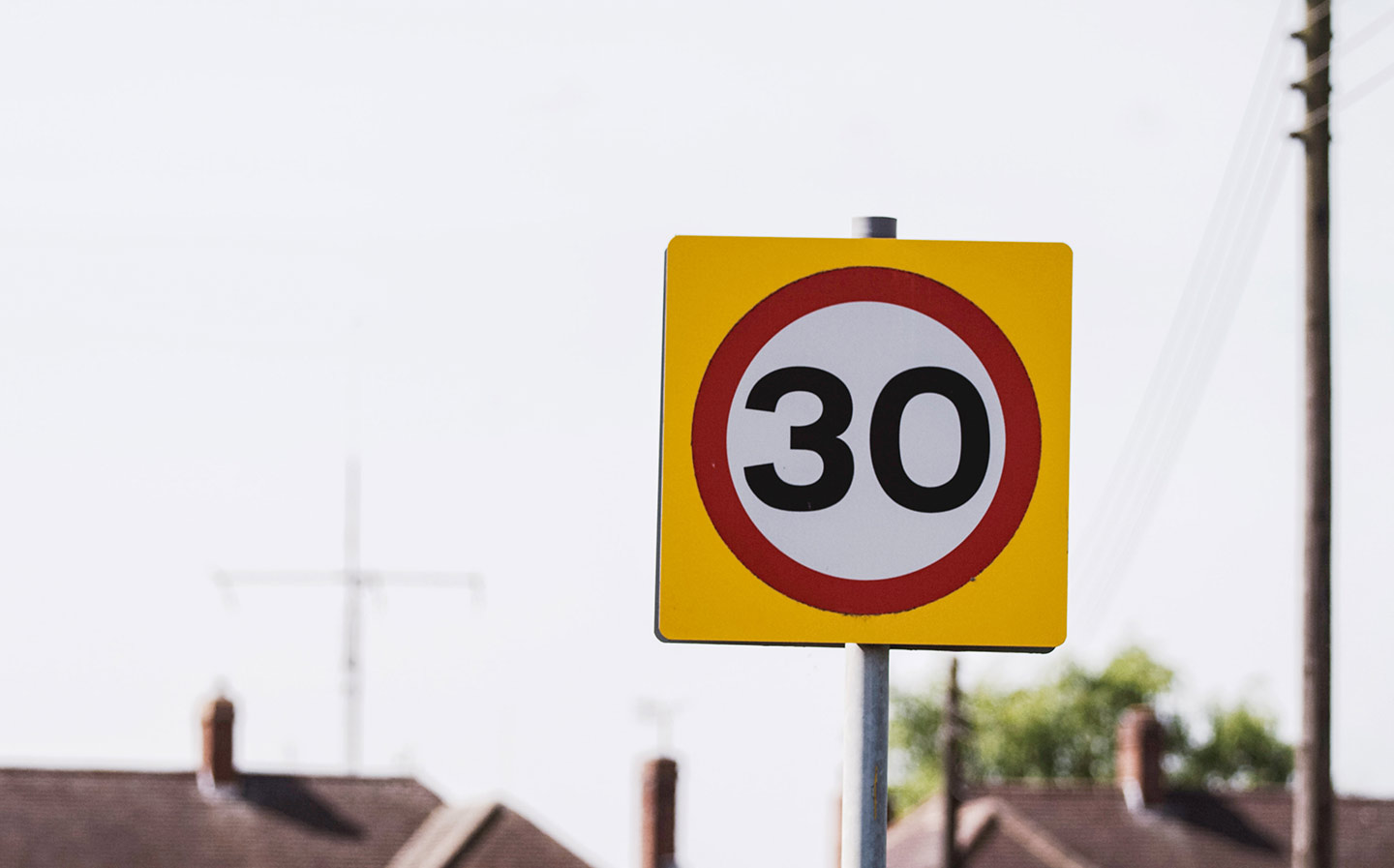 ALL NEW cars will automatically adhere to speed limits on public roads within the next three years under new EU rules described as possibly the biggest single improvement in safety since front seatbelts were made compulsory.

The plans were tabled last year and approved for consideration by the EU commission last month, but the measures have now been approved by the European Commission and are expected to be rubberstamped by the European parliament and member states in September, with the rules coming into force from 2022.

The UK government has already said that vehicle standards will be aligned with those in the EU after Brexit, meaning that the same rules will be expected on British roads regardless of how or if Britain leaves the bloc.

The mandatory technology will use GPS to detect speed limits and slow down vehicles travelling too fast. Some cars already on the road can also detect speed limits using onboard cameras, which is particularly useful through roadworks and on smart motorways, where limits change according to conditions to help traffic flow, although its unclear if this will be part of the requirement.

A vehicle driving too fast when a speed limit changes will be automatically slowed down, and it will not be possible for the driver to switch off the system completely, but they will be able to override it temporarily by pushing down on the accelerator. This will allow motorists to overtake a vehicle just in front.

We want to move close to zero fatalities and serious injuries on our roads by 2050.
Our new safety features will help reduce the number of accidents, paving the way towards increasingly connected and automated mobility.

Swedish car maker Volvo has already said it will introduce a 112mph speed cap on all its cars from next year.

Last week a spokesperson for the company said the negative feedback to the announcement echoed those received 50 years ago after it invented the three-point safety belt, which later became mandatory and is now accepted as an essential safety feature. 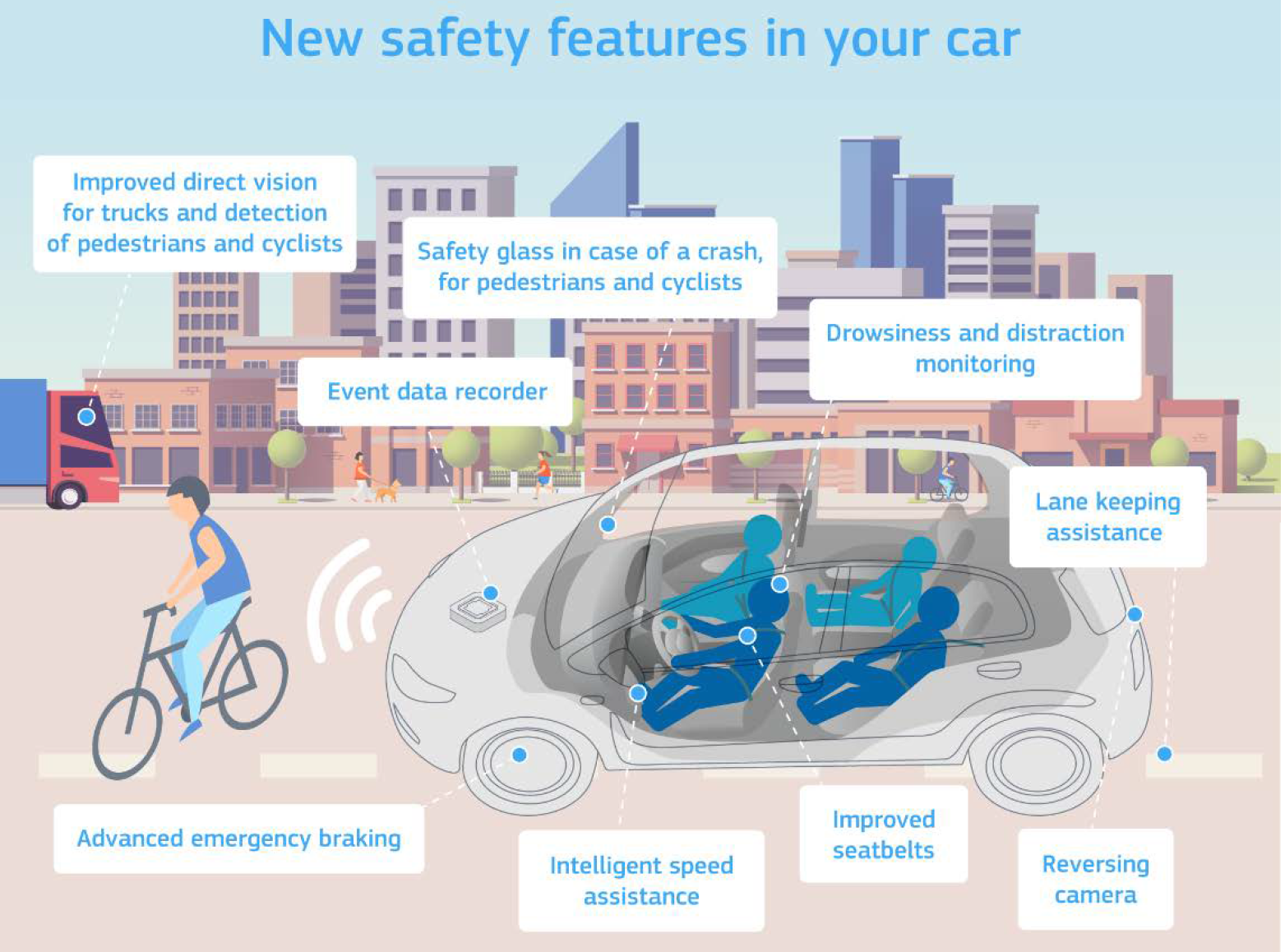 The speed limiters will be one of 15 new safety features fitted as standard to cars, lorries or buses. Other measures include some that can already be found on most new cars, including lane-keeping assist technology and automatic emergency braking, which brings vehicles to a stop when pedestrians step into the road or a car ahead suddenly slams on the brakes.

In addition, vehicles will be required to carry accident black boxes that record vehicle movements and can be accessed in the event of a crash, and detect when drivers are distracted or falling asleep. Volvo again has taken the lead on this, promising to fit in-car cameras that will not only detect tiredness and distraction but also when drivers are intoxicated, and will autonomously pull over the vehicle.

Edmund King, president of the AA, welcomed measures such as automatic emergency braking but warned: “This sort of technology can be problematic when you suddenly switch from a 40 to 30mph zone and there is a taxi right on your tail. Quickly slowing right down isn’t always the wise thing to do.

“It also relies on ensuring that it has a very comprehensive and up-to-date map of all speed limits. What happens when you enter roadworks and the car allows you to go too fast?”

Joshua Harris, of Brake, said: “These measures will provide the biggest leap forward for road safety this century, perhaps even since the introduction of the seatbelt. These lifesaving measures come at a vital time, with 70 people still being killed or seriously injured on British roads every day.”

Elzbieta Bienkowska, the EU commissioner for industry, said: “Every year 25,000 people lose their lives on our roads. The vast majority of these accidents are caused by human error . . . With the new advanced safety features that will become mandatory, we can have the same kind of impact as when the safety belts were first introduced.”

A Department for Transport spokesman told The Times: “We continuously work with partners across the globe to improve the safety standards of all vehicles. These interventions are expected to deliver a step-change in road safety across Europe, including the UK.”