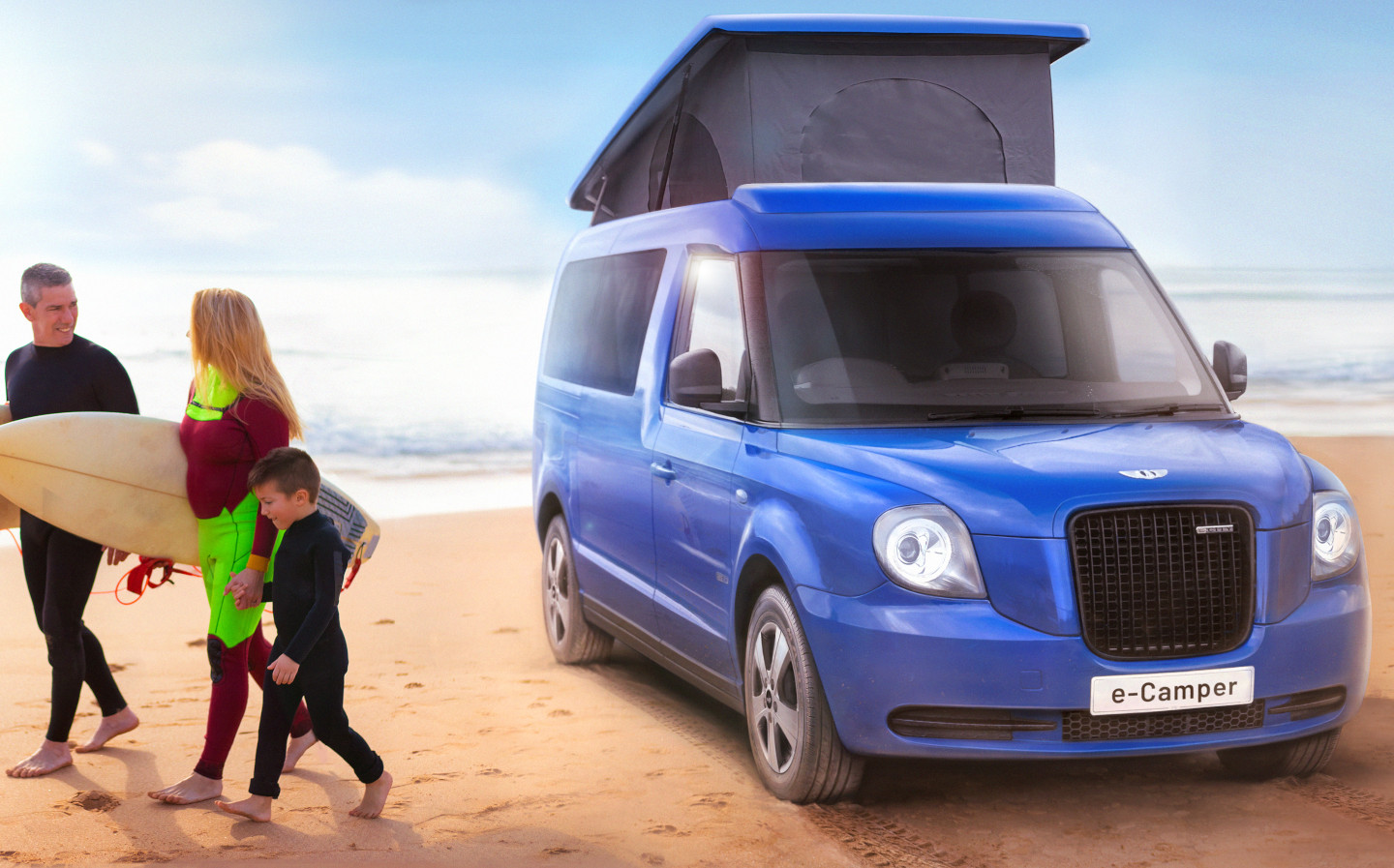 THE LONDON Electric Vehicle Company (LEVC), best known as the brand behind the UK capital’s plug-in black cabs, has revealed what it claims is “the world’s first electric camper van”.

The e-Camper is based on the company’s VN5 extended-range electric van, which employs a 31kWh lithium-ion battery allowing an electric-only range of 61 miles, or 76 miles if used for exclusively urban driving.

But it’s not fully electric: the battery pack is augmented by a 1.5-litre three-cylinder engine, which is not connected to the van’s wheels but rather acts as an electricity generator that kicks in when the battery is depleted, taking the total range of the vehicle to 304 miles.

LEVC said that the e-Camper was designed to meet demand for “independent, self-contained” holidays, which are enjoying a boost in popularity due to the coronavirus pandemic. Membership of the Caravan and Motorhome Club reportedly jumped 14% in 2020, and has continued to rise in 2021. 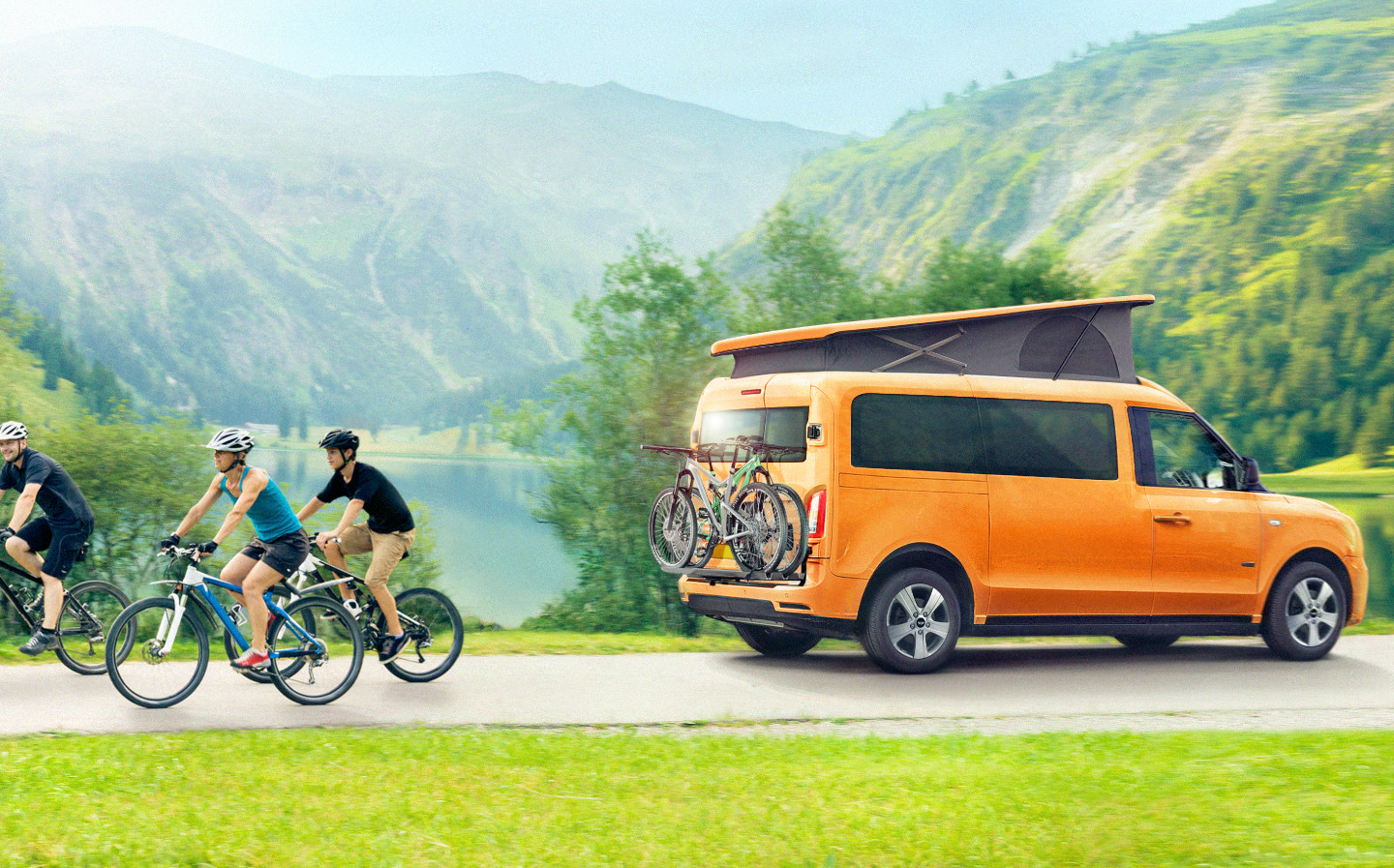 The e-Camper costs £62,250 (excluding VAT) and includes enough sleeping room for four people, an integrated electric kitchen — which can be powered while the car is in zero-emissions mode — a pop up roof with sleeping accommodation for two people and a central folding table. When the van is parked, the first row of seats can be rotated 180 degrees and the second row of seats can be slid backwards, creating a central space.

The exterior design of the vehicle is clearly inspired by that of LEVC’s plug-in black cab, while the interior is similar to other campers such as the Volkswagen California and Mercedes-Benz V-Class Marco Polo.

LEVC’s designers have thought to make the e-Camper compatible with a number of racks allowing it to carry equipment such as mountain bikes and surfboards. It also claims a “class-leading tight turning circle”, which is one of the requirements of an official London taxi.

Joerg Hofmann, CEO of LEVC, commented: “The campervan market is growing rapidly and, despite these vehicles being used for coastal and countryside adventures which often include national parks and protected areas, they are still powered by petrol or diesel engines.

“This is a major conflict; we can see a shift in consumer attitudes, with demand for greener mobility solutions to help to protect and improve air quality. Our new electric, zero-emissions capable e-Camper offers the perfect solution and is well-equipped with high quality features that can be tailored to meet a range of customer requirements.” 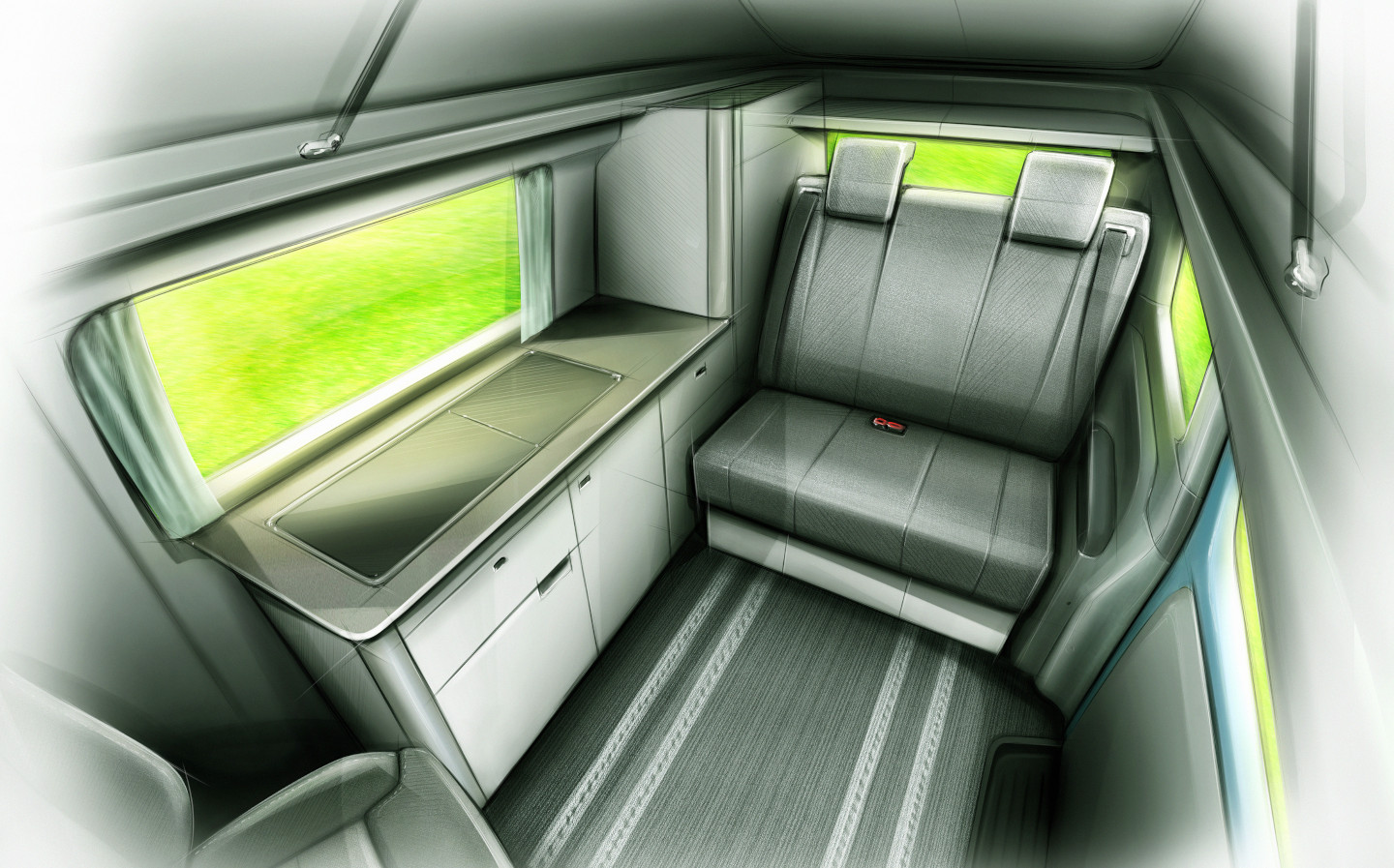 LEVC is owned by Chinese conglomerate Geely, which also counts Volvo, Lotus and Polestar among the brands on its roster. All three marques are extending their electric lineups — Volvo recently released the C40 recharge and Polestar the Polestar 2, while Lotus is ramping up to deliveries of its Evija electric hypercar. Geely also sells a number of electric models in its native market, under its own name as well as others such as Zeekr.

The e-Camper will eventually face competition from the upcoming VW ID.Buzz, which is based on the classic Type 2 camper van silhouette and is expected to be fully revealed next year with a fully electric powertrain similar to that used on the ID.4 electric SUV. The VW California only comes with diesel engines at present.