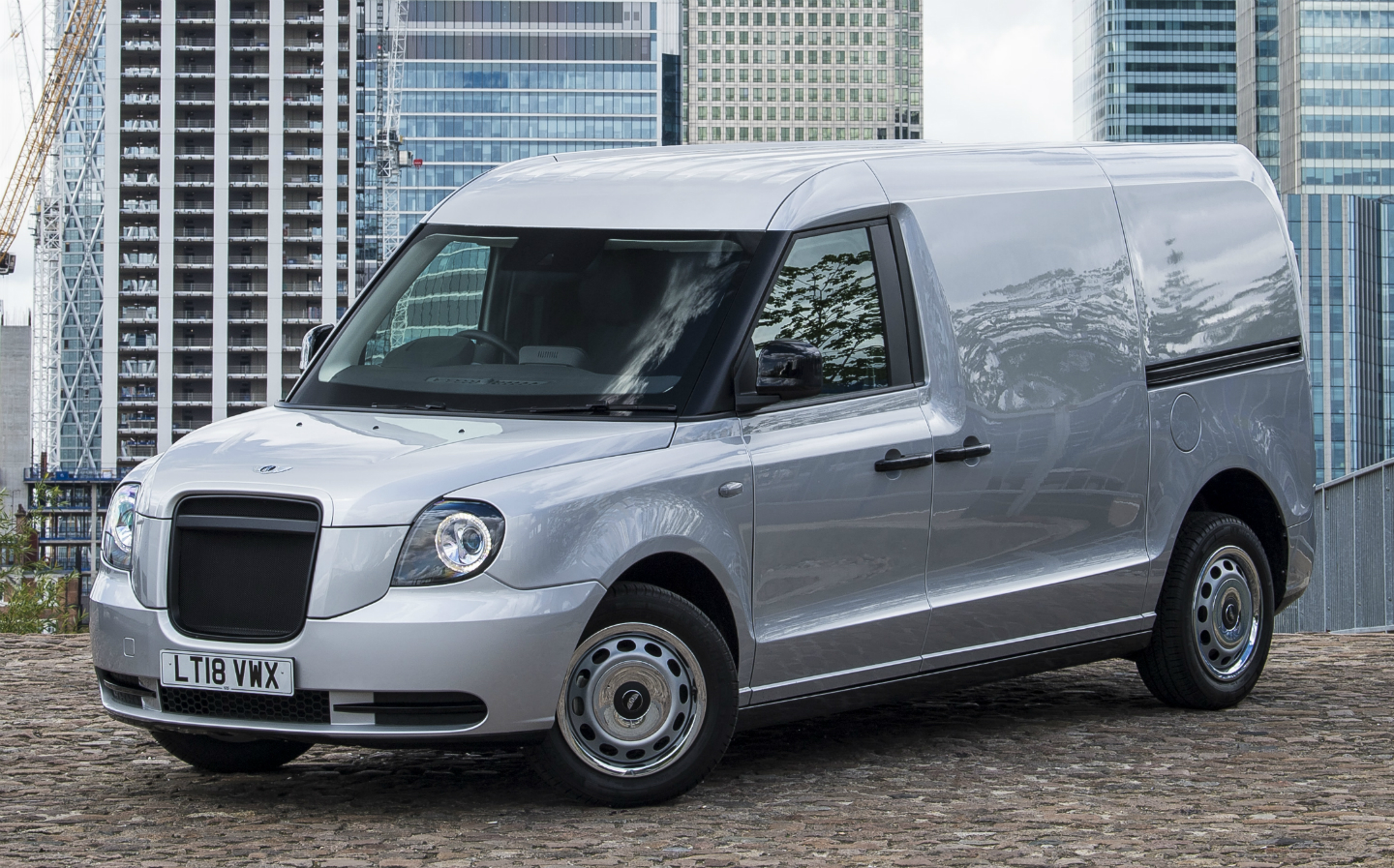 THE LONDON Electric Vehicle Company (LEVC) is no longer exclusively a manufacturer of London’s iconic black cab — it now makes a panel van, too.

The new LCV (Light Commercial Vehicle) is essentially the same underneath as the TX taxi (which is one of the Best British-Built Car nominees in our 2019 Motor Awards), with the same plug-in hybrid powertrain.

That means it is capable of going up to 80 miles on pure-electric power before the onboard internal combustion engine under the bonnet kicks in as an electrical generator, to keep the battery pack at a minimum charge level. This allows an extended range of around 297 miles before the petrol tank is completely drained, and the van needs to be topped up with either unleaded or mains electricity.

Although it can go further, LEVC says its targeting van drivers who regularly travel up to 100 miles per day, especially those driving in central London, where the new Ultra Low Emissions Zone has come into force.

With the Mayor of London Sadiq Khan seeking to roll out zero emission zones in the areas of the capital from 2020, with a zero emission zone in central London targeted from 2025, the LCV offers a potentially future-proofed solution for white van man.

LEVC says its van isn’t just noteworthy for the eco-credentials: high end people carriers were benchmarked when it was working on the LCV’s comfort levels and interior so the production-ready vehicle will feature premium levels of comfort and advanced (though unspecified, at the time of writing) safety equipment. It’s worth noting the LEVC owner Geely also owns Volvo, and many of the controls and interfaces in the TX taxi are lifted from the Swedish brand’s range.

Any van drivers tempted to pick the LVC as their next workhorse will need to be very patient, however. Though registrations of interest are being accepted now, order books for won’t open until late 2020, with deliveries likely beginning in early 2021.

By that time, the plug-in van will have plenty of competitors. By 2021, plug-in hybrid and pure-electric variants of the perennially-popular Ford Transit will have gone on sale, and zero-emissions cargo carriers from Volkswagen, Mercedes-Benz and Fiat are set to arrive on UK roads sometime soon, too.