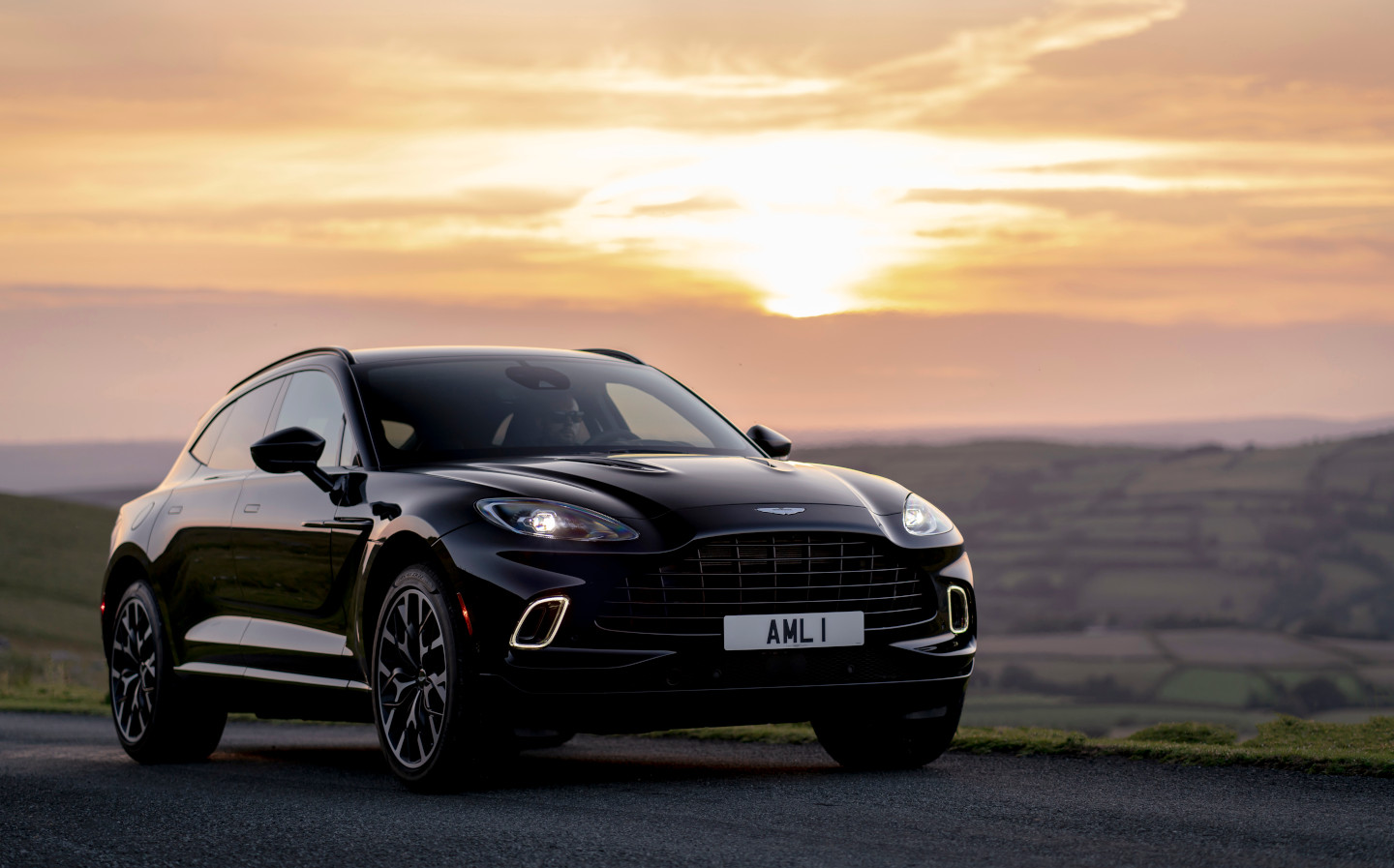 JEREMY Clarkson is not an easy man to please, as this list of his five worst cars of 2020 shows. If there’s a vehicle he likes, he’ll praise it in his review for The Sunday Times, but Clarkson is also not one to pull his punches when he finds fault. Which is often.

So, while the world’s best-known motoring journalist handed out a couple of five-star reviews this year (see Clarkson’s best cars of 2020 here), he’s also excoriated some car makers and their wares.

You may be expecting this list to be full of battery-powered cars, due to the fact that in the past year he has called them “husks” and “auxiliary transport solutions”, and compared them to fridge freezers, but if that’s the case you’re in for a surprise. 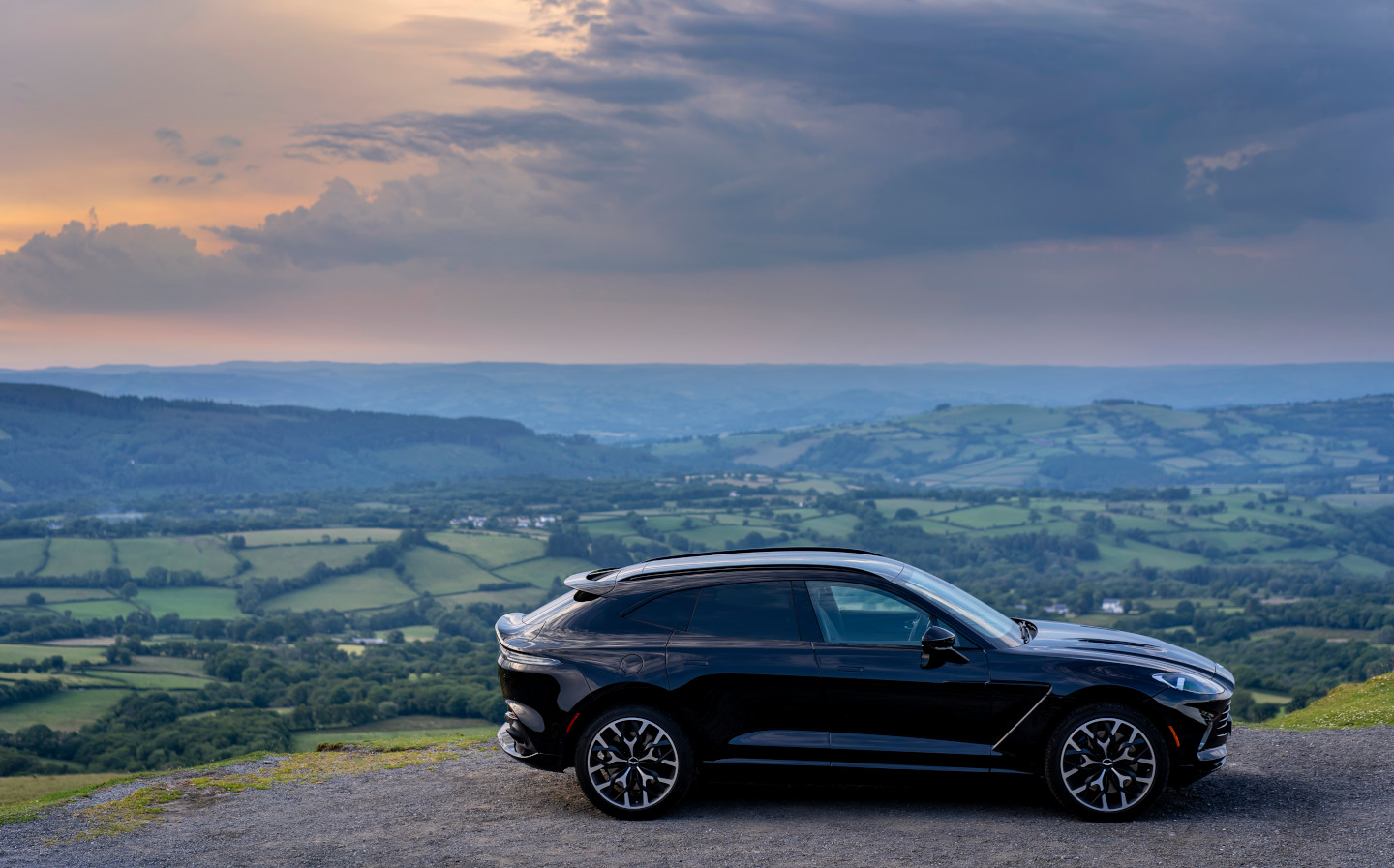 Due to his bias against electric vehicles, it may be an unexpected twist that one of only two two-star reviews Jeremy Clarkson handed out in 2020 went to a car powered by a 4.0-litre V8, made by the people over at Mercedes-AMG. It’s not a Mercedes-AMG car, though: it’s the Aston Martin DBX.

The folks over at AMG will be relieved to know that the engine is not what sparked Clarkson’s chagrin when it came to Aston’s first SUV: after all, that powerplant has is used in a number of other Aston models, and it’s the same as the one in the Mercedes-AMG GT. He also didn’t mind the inclusion of Mercedes electronics, which, while dated, “worked well”. He also loves the way the DBX looked, and the fact that it is endlessly customisable.

What he doesn’t like is the fact that you use buttons to select the gear. And the fact that the interior’s leather stitching looks like “botched plastic surgery”. But what he especially doesn’t like is the ride. “On the motorway it literally wobbles,” says Clarkson. “If you try to sing in this thing to pass the time, you will get a very clear understanding of what’s meant by vibrato.”

You can read an overview of Jeremy Clarkson’s review of the Aston Martin DBX here, or you can read the full review at thetimes.co.uk. 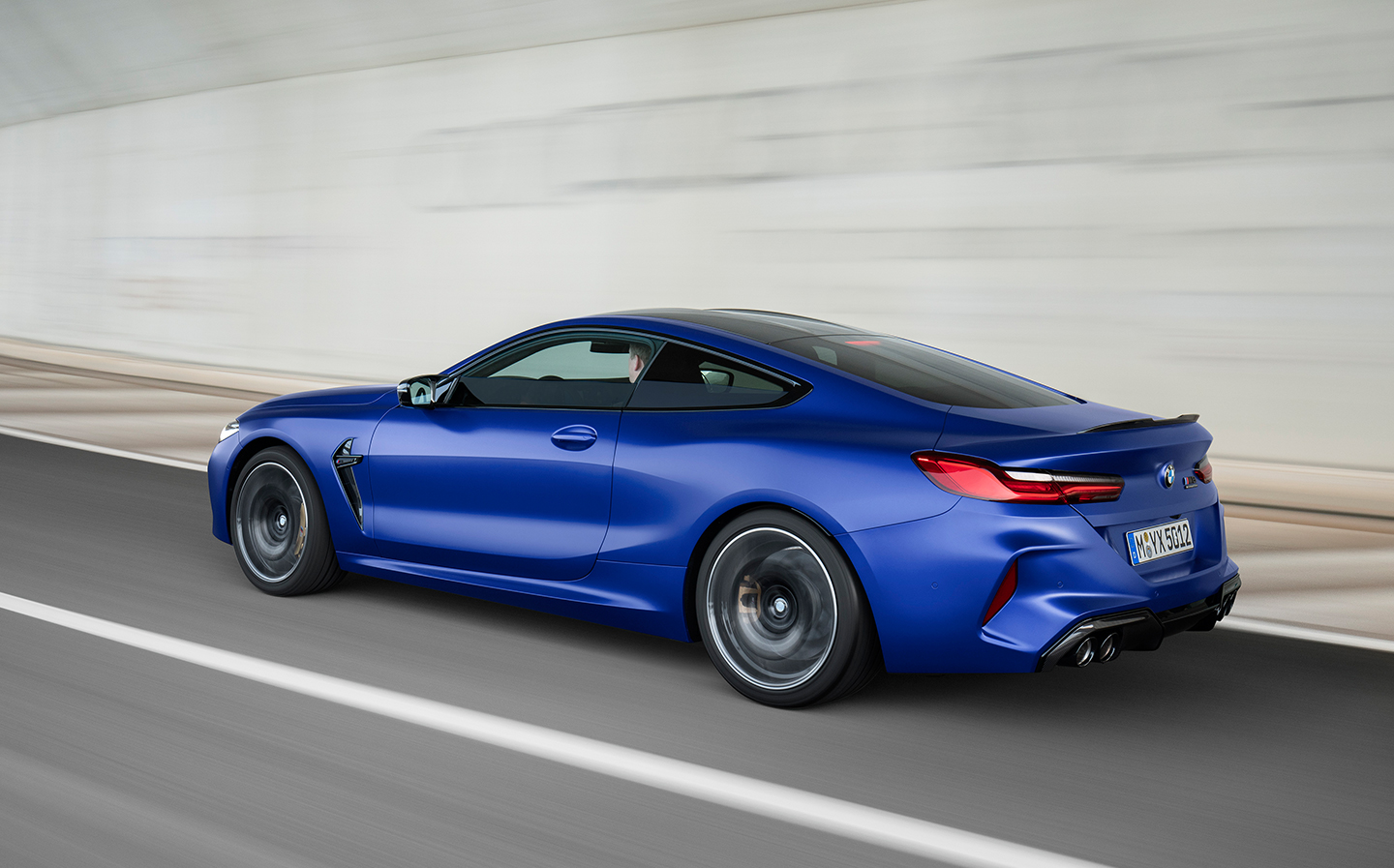 “A rather clever answer to a question no one was asking” is how Jeremy Clarkson rather concisely described the BMW M8 Competition Coupé. There are aspects of every modern M car that he doesn’t like, he says, including the steering and the drive-by-wire brakes. But the issues with the M8 specifically go further than that. Namely, that it’s far too heavy and far too powerful — and that’s coming from the man whose catchphrase is simply the word “power”.

The issue is that BMW only offers the top-of-the-range M8 Competition in the UK, as opposed to the slightly tamer standard M8 that is offered in other markets. That means that the only M8 you can buy on our shores has a ride that is “brutal. Far too brutal”. Driving it, Clarkson said, is like “controlling a ballerina who’s turned up to work in her wellies”. 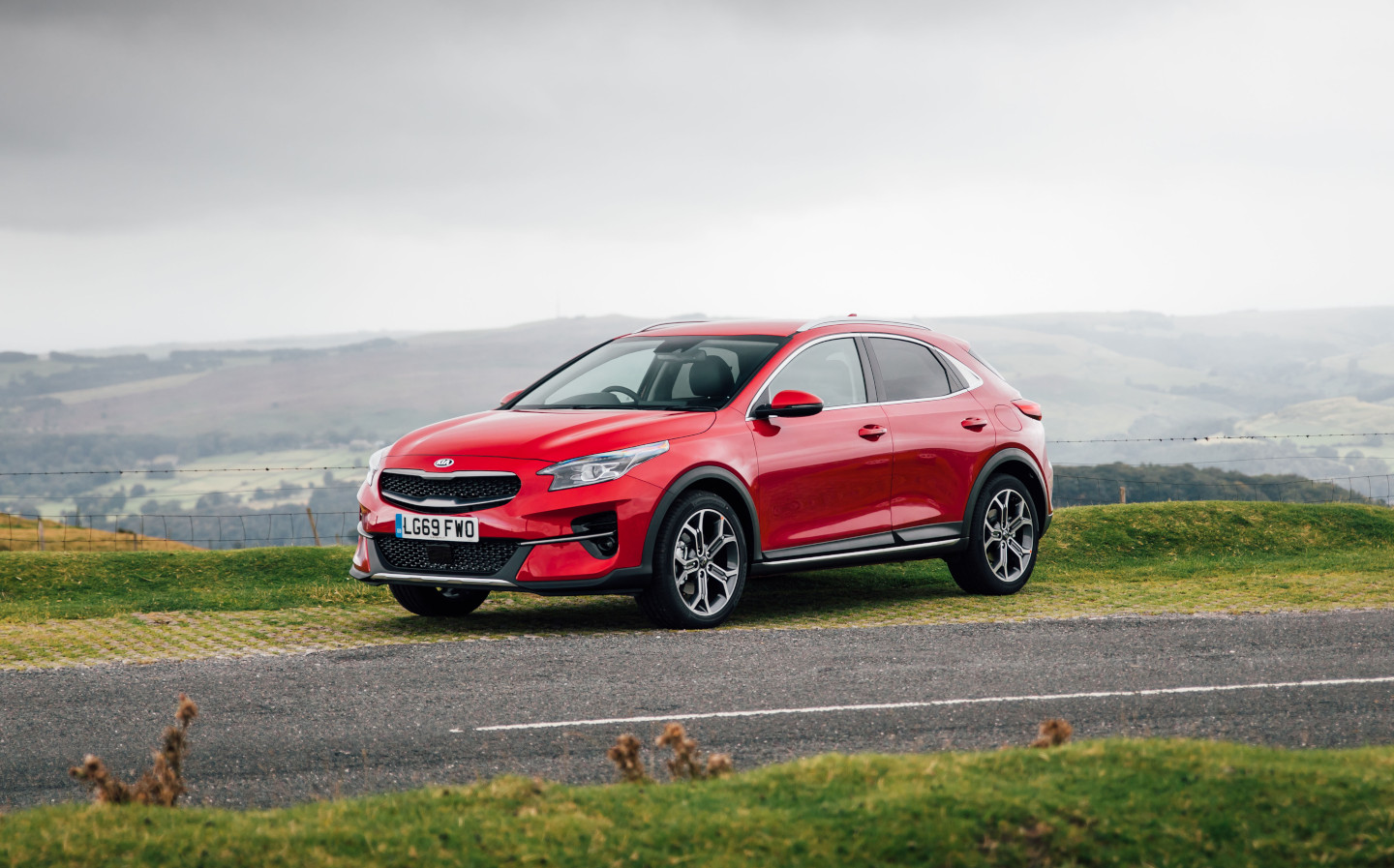 The prospect of being late makes Jeremy Clarkson sweaty and nervous, he says at the start of his review of the Kia XCeed, an assertion he repeated in his recent review of the Lexus LC500 Sport.

Realising that he was going to be nearly an hour late for a pre-pandemic lunch — which he blames on his girlfriend, Lisa, as well as overly-optimistic journey times — “I wanted to kill myself,” Clarkson said. The situation was not made any better by the fact that he would have to dart across Oxfordshire as quickly as possible in a 1.4-litre Kia XCeed.

Interestingly, that engine, which puts out 138bhp, isn’t even the smallest you can choose for the family crossover: you can get a 1.0-litre turbocharged powerplant, which generates 20bhp less. However, the extra power in the car Clarkson was attempting to race across Oxfordshire was “nowhere near enough”, he claimed.

Despite the perceived lack of power, Clarkson experienced both torque steer (when the power being put through the front wheels causes the car to veer left or right) and axle tramp (when the wheels judder up and down) — two sensations you don’t tend to feel too often in modern cars. “It felt as though I was driving along in the early 1980s,” he said. 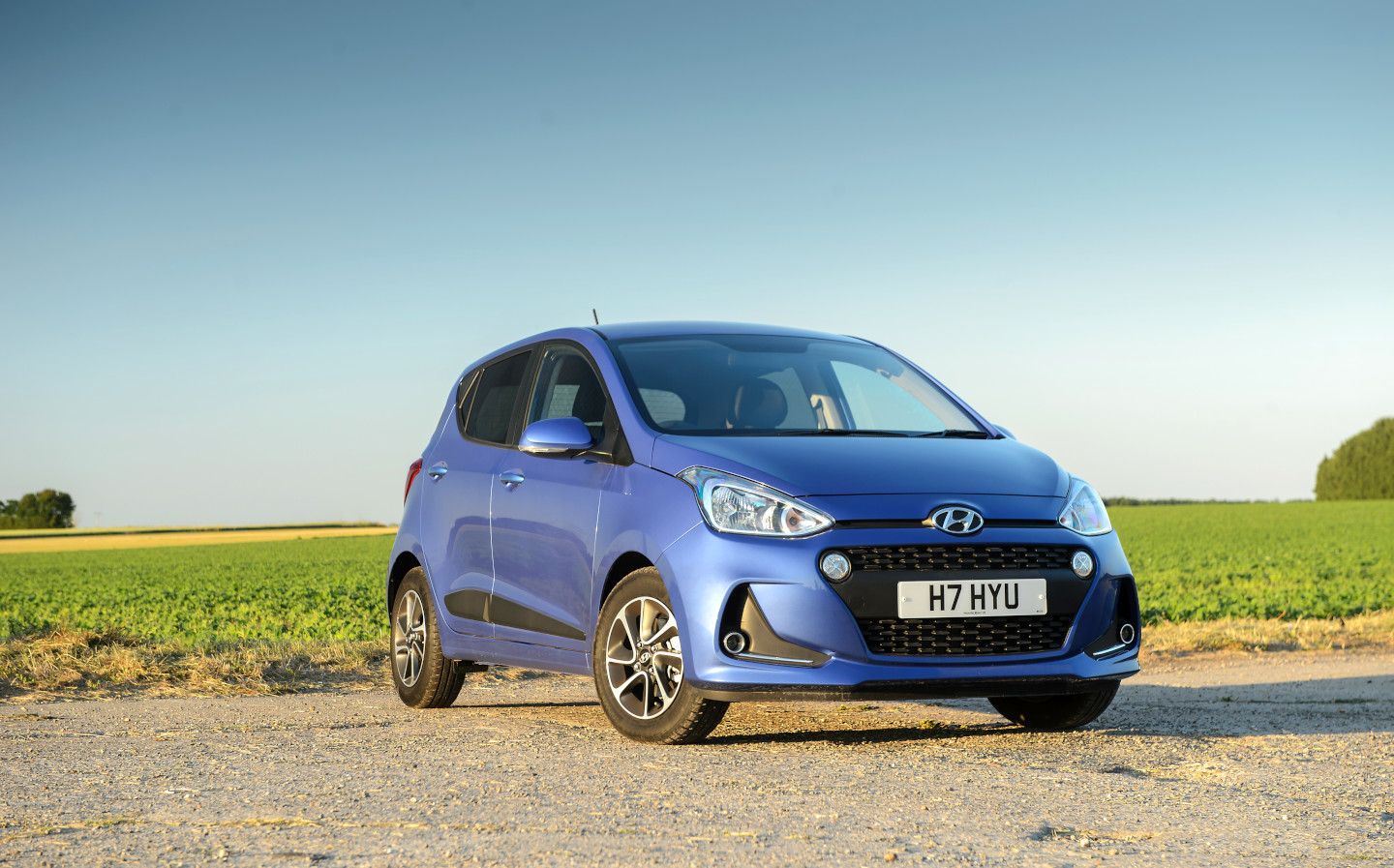 Jeremy Clarkson’s review of the Hyundai i10 for the Sunday Times Magazine was 1,153 words long. Of these, around 120 were dedicated to the car. This means that, while it didn’t infuriate Clarkson to the extent of mercilessly pointing out all its faults, his apathy towards it was so extreme that he couldn’t even be bothered to say anything about it other than to point out his problem with all cars of its genre: “If they are sold to us as soulless tools — fridge-freezers with sat nav and collision-avoidance technology — we will quickly decide that the best and cheapest way of getting about is not to have a car at all.”

You can read Jeremy Clarkson’s review of the Hyundai i10 in full at thetimes.co.uk. 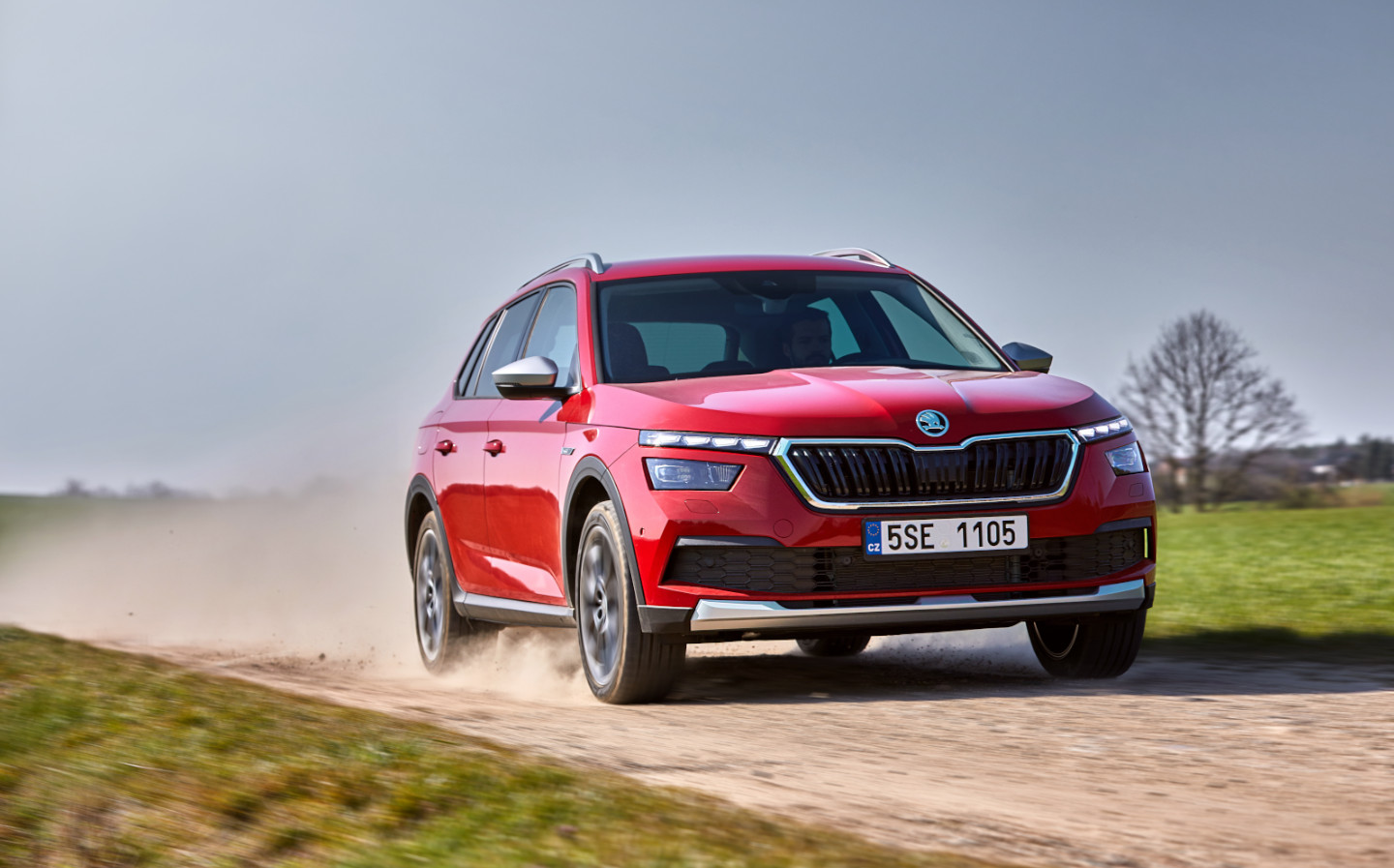 Hyundai mustn’t feel too hard done by — it’s not the only time this year that Clarkson would rather have talked about anything other than the car he was supposed to review. In his write-up of the Skoda Kamiq, he spent 18 of the column’s 22 paragraphs setting out his manifesto against smart motorways, and a poultry four talking about the SUV, which he said was identical in almost every material way to its Seat and Volkswagen siblings, the Arona and T-Cross respectively.

You can read our overview of Clarkson’s review of the Skoda Kamiq here, or read it in full at thetimes.co.uk. 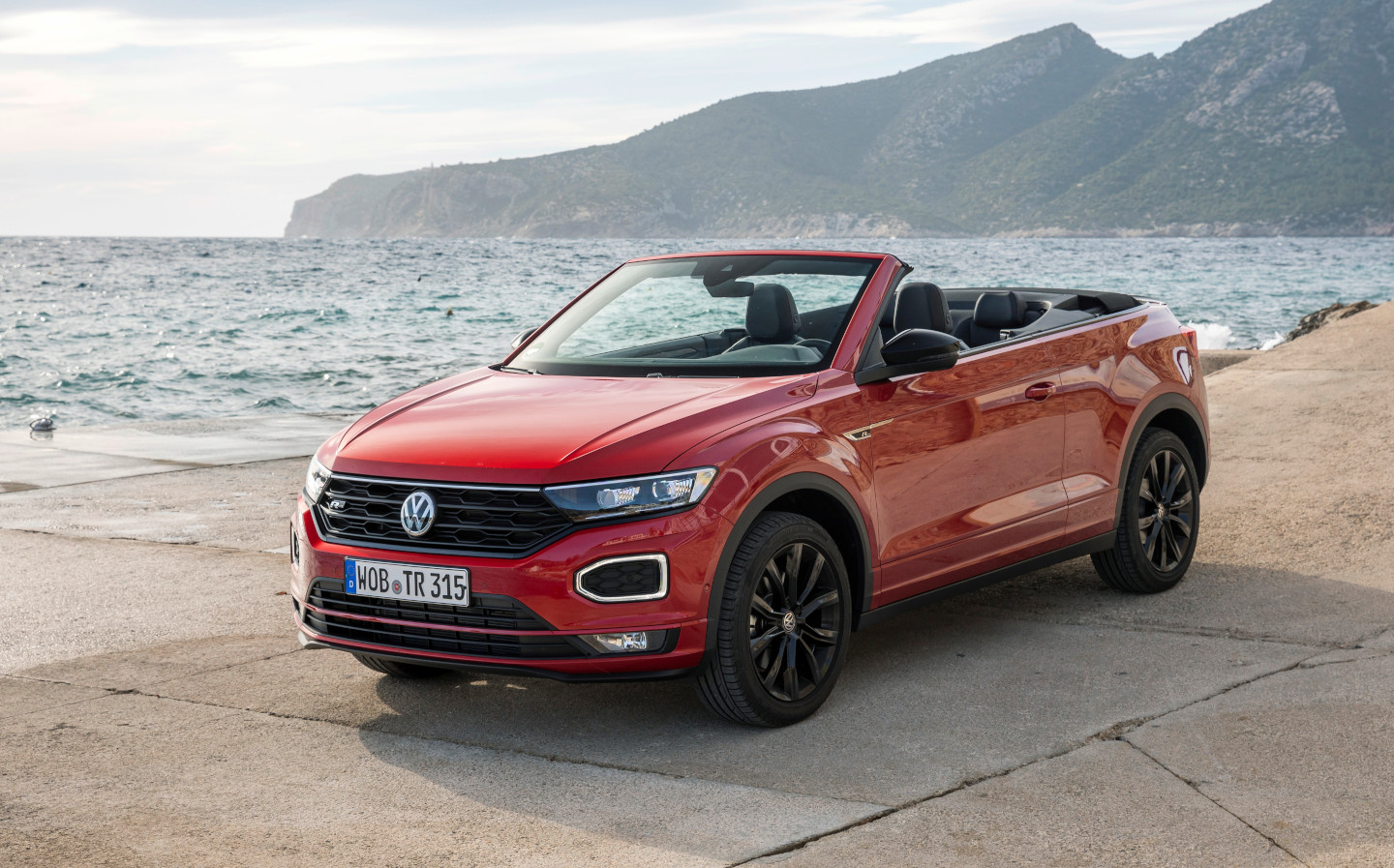 While we aimed to create a definitive list of five here, it wouldn’t be fair to mention the i10 and Kamiq without also pointing out that Clarkson dedicated just one paragraph this year to the VW T-Roc cabriolet, as he couldn’t find a single good thing to say. In his opinion it looks “awful”, and despite the fact he hadn’t been for a drive in a while due to the lockdown, the car’s “stubborn refusal to accelerate meant that I turned round, went home and did farming instead.”

You can find the article summary of Clarkson’s brief appraisal of the VW T-Roc Cabriolet here, or read the full review at thetimes.co.uk.