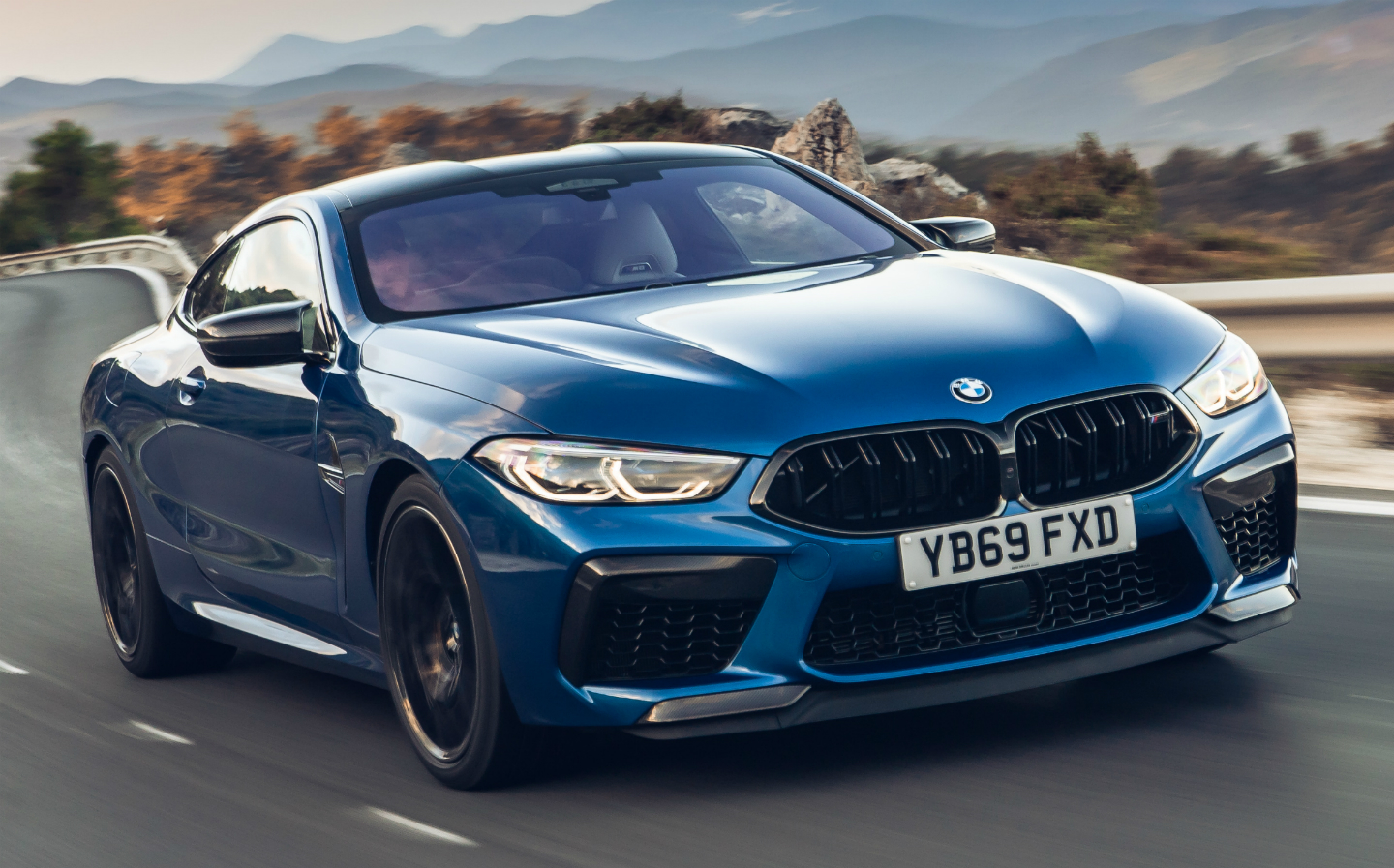 REGULAR readers of Driving.co.uk will know that The Sunday Times Driving’s columnist Jeremy Clarkson wasn’t exactly a big fan of the BMW 8 Series grand tourer when he reviewed it in June last year. Chiefly because his test car was powered by a diesel engine, which produced “the wrong sort of horsepower“.

Driving the diesel Beemer didn’t appear to put the critic off the 8 Series entirely, however, as he got back behind the wheel of the grand tourer for his latest road test. Though this time, Clarkson has reviewed the newer and fastest version of the 8: the range-topping, 190mph (if you tick the right options boxes) M8 Competition.

You might think oodles of petrol power would be a sure-fire way to get Clarkson onboard, but it appears the M8’s 617bhp twin-turbocharged V8 proved too much even for “Mr Powerrrrr” on damp roads.

He admits: “Even though it had four-wheel drive, I did not once push my right foot all the way to the firewall. The roads were far too greasy and smeared — mostly by my tractor — with a thin veneer of watery mud. Apply 600 horsepower to a surface like that and you’re going to need a head wand for the next few years, that’s for sure.”

Clarkson wasn’t impressed with how the M8 Competition felt to drive either, with his chief complaint being the grand tourer’s lack of ride comfort. When Driving.co.uk’s editor Will Dron drove the same car in Portugal late last year, he said the M8 Competition was “an absolute pleasure on the road“, thanks to a number of electronic settings to control the engine responsiveness, stiffness of the dampers, steering feel, brake strength, gearbox speed, stability control systems and front-rear power bias. “In other words,” he said, “it’s massively adaptable, and a truly flexible machine for all sorts of situations.”

Clarkson disagrees. He found the ride “far too brutal” and quite bumpy, which in combination with “sharp” steering response made the flagship 8 Series tricky to drive. Factor in the M8’s hefty 1,885kg kerb weight and the end result is a car that behaves like “a ballerina who’s turned up for work in her wellies”, according to The Grand Tour presenter.

Clarkson goes further: the M8 Competition doesn’t feel like a £120,000+ car to him, writing that the dashboard looks “pretty much identical to the dash you get in a normal 3 Series”. He also noted that the interior quality pales in comparison with the lush trimmings of the similarly-priced Bentley Continental GT.

All of that and more resulted in Jeremy Clarkson not getting on with his BMW M8 Competition test car at all. Not only did he conclude that the vehicle is “a clever answer to a question no one was asking,” but he also gave the car a paltry two-star rating. Even the diesel 8 Series he detested so much was awarded three stars.

Clarkson does, however, claim he knows what BMW needs to do to get the M8 Competition into his good books: make the car “about £30,000 cheaper, three times prettier, three times less complicated, half a ton lighter and much, much less powerful”.

Jeremy Clarkson: I might have loved the BMW 8 Series but they sent a diesel