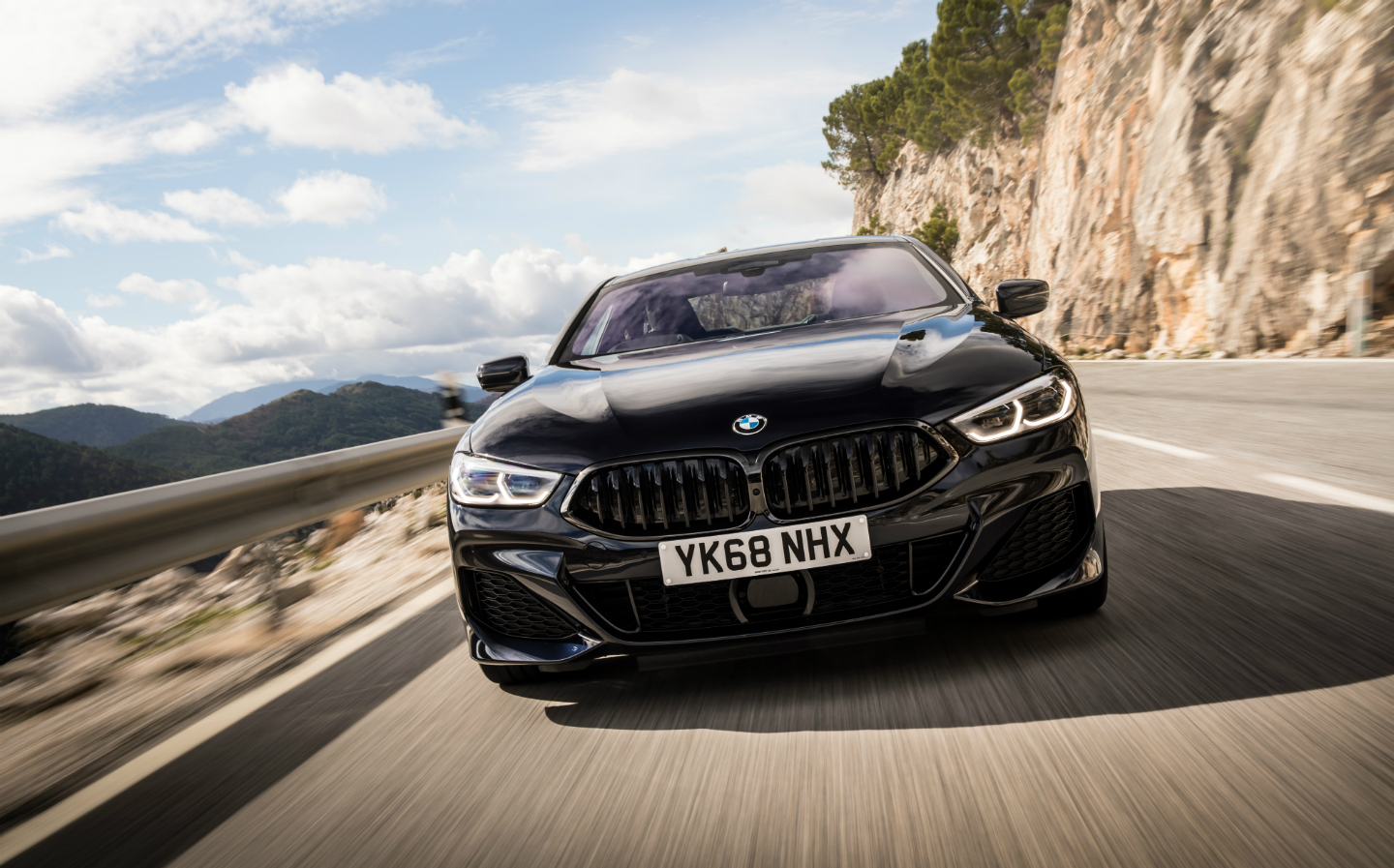 GENERALLY speaking, Jeremy Clarkson’s recent reviews of BMWs have revealed a Marmitey view of the latest metal from Munich: he either loves it or absolutely hates it.

For example, he “absolutely loved driving” the BMW i8 Roadster supercar he reviewed earlier in the month but the Driving columnist claimed the gear lever on the BMW X5 was the only part of the premium SUV he didn’t dislike.

So the verdict on the new BMW 8 Series coupé, published in The Sunday Times today, could have gone either way.

That said, The Grand Tour presenter was more likely to get on well with the cossetting cruiser: he admits to having a soft spot for big BMW cruisers, saying that the best drive he’s had in any car was a 30-mile jaunt on a dusty road in the Australian Outback in an M6 Gran Coupé, sliding the back end around every turn. He also owned a BMW 3.0 CSL years ago, and always hankered after the car that replaced it, the M635, and the car that came after that, the 850i.

Indeed, had he been given a petrol-powered version of the new 8 Series to test, Clarkson might have waxed lyrical about the car’s clever all-wheel drive system, or the light and responsive steering that makes the BMW feel incredibly agile for such a large vehicle. Sadly for BMW, they made the mistake of not sending a version fitted with the twin-turbocharged petrol V8 under the bonnet — Clarkson got one powered by a diesel engine.

On paper, the 315bhp oil burner of the 840d coupé xDrive M Sport test car looks like it should have at least some appeal to the powwerrr-obsessed presenter. But Clarkson says that output is “the wrong sort of horsepower”, as it comes “in all the wrong places” in the rev range. “You want a car like this to sing, not trudge,” he adds.

And anyway, “the fuel itself is viewed in the same way as we view Harvey Weinstein and Rolf Harris.”

As a result the diesel-powered 8 Series is a car in which it’s best to “just turn on the radio and sit there until you arrive at your destination”. Particularly as Britain’s roads are no longer suited to big, fast, fun cars.

In his words: “We are facing a blanket 20mph speed limit in towns, more cycle lanes, more cameras, more smart motorways and bigger penalties for any infringement, no matter how minuscule. The joy of the open road has been sucked from our consciousness.”

What would really put Clarkson off buying diesel BMW 8 Series coupé, though, is the strong possibility that it’d lose value very quickly.

“Auto Trader is full of diesel-powered 6 Series Gran Coupés for less than £15,000,” he observes (though we could only find four when we had a look for ourselves), and believes the 8 Series is also likely to shed a sizeable chunk of its original value come resale time.

But if you were thinking one of those used diesel 6 Series Gran Coupés he found might be a canny used buy instead, Clarkson doesn’t recommend it. Instead, he suggests you fork out another £23,000 for the petrol-powered V8 version of the new 8 Series, and move to Italy.

Here’s what Jeremy Clarkson thinks of the BMW i8 Roadster

Jeremy Clarkson likes the gear lever on the BMW X5 … and that’s about it.