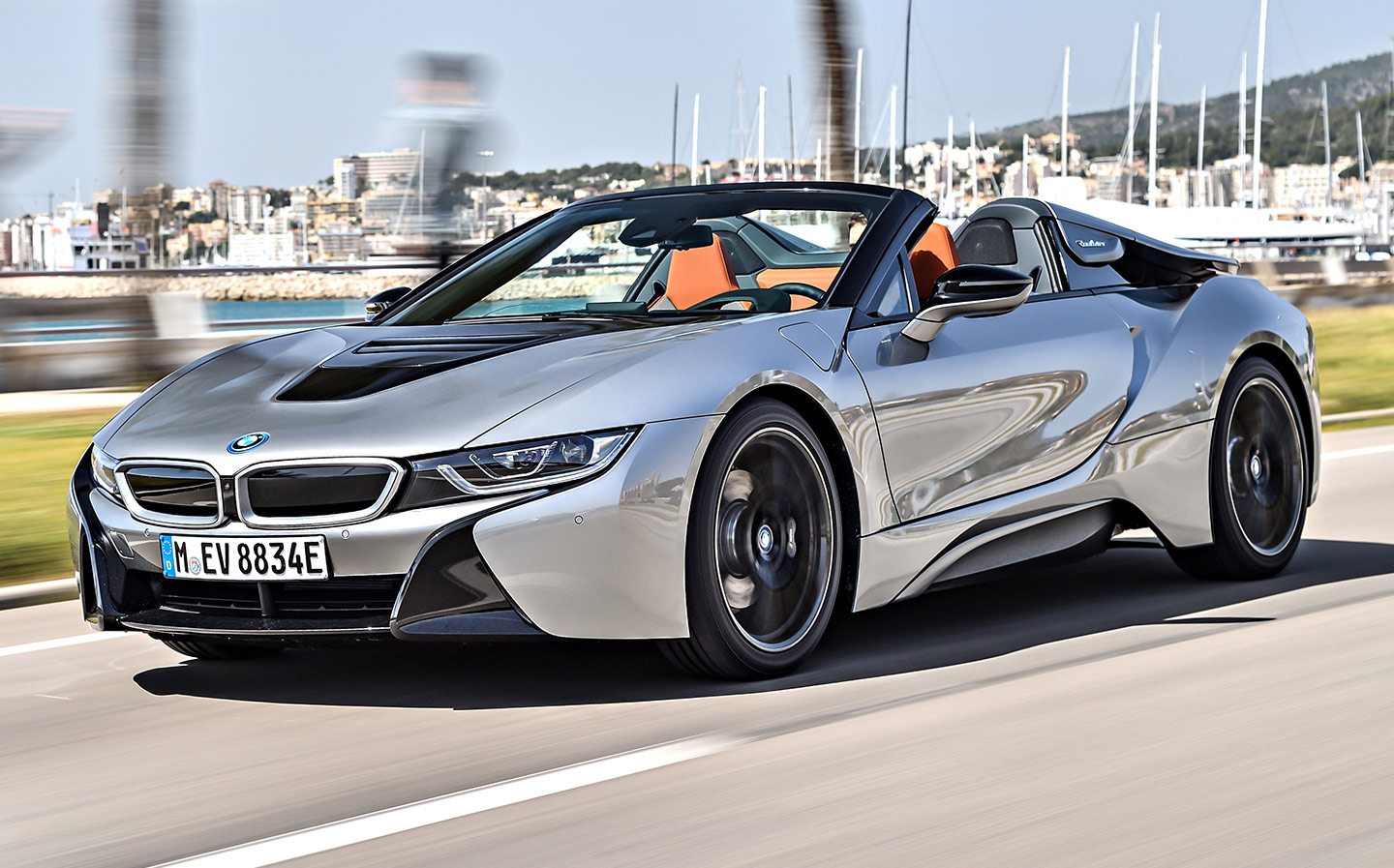 IF YOU know anything about Jeremy Clarkson, you’ll appreciate that he is no fan of hybrids (he’s eviscerated the Toyota Prius on more than one occasion, both in print and on TV), but in 2014 he made an exception for the BMW i8. The Sunday Times columnist said it “looks as though it’s come from the pages of an Isaac Asimov novel, can hang onto the shirt-tails of a Porsche 911 and costs about the same to run as a wheelbarrow.”

Well, today, nearly five years after that unexpectedly upbeat assessment, he’s written up what it’s like to be behind the wheel of the new i8 Roadster, the 155mph, 369bhp convertible version.

Things don’t start well. Clarkson says since his review of the hardtop version, he’s grown weary of sustainable motoring. And let’s face it, he could hardly have been less enthusiastic about eco cars back in 2014. Then there’s the fact that it doesn’t have a roof, which he points out usually adds weight and makes it impossible for an older man to drive with dignity (“It sends out a lot of messages, all of them wrong.”).

More surprising, though, is that JC now thinks the i8’s design isn’t futuristic anymore, but rather dated. In his own words: “The problem is that it was specifically designed to look futuristic, and all things designed to look like they’re from the future almost immediately look like they’re from the past. Put simply, this car is about as on the money as Thunderbird 2.”

He lists other problems, too, including the worry that it’s a critic’s car, designed to impress motoring connoisseurs rather than true enthusiasts. But as is often the case, Clarkson’s review takes with one hand while giving with the other, and he ended up describing the i8 Roadster as hugely likable.

“Much of the appeal comes from the fact it doesn’t feel like a normal car. It has a steering wheel and see-through windows and everything operates in a conventional way, but the noises it makes and all of the things that flash up on the dash are odd, interesting and peculiar. It’s an accountant, but with a ponytail.”

He likes not only the strange noises it makes but also the lack of noise when it runs on electric power. After recently outing himself as a birder, Clarkson coos that hearing the birdsong while you drive the i8 Roadster at speed is a “completely unique experience”, thanks to its thin “eco-tyres” and electric motor that’s quieter than the skylarks and wood pigeons.

All things considered, the i8 got a much better write-up than the convertible supercar Clarkson was meant to be reviewing this week, the McLaren 720S Spider, which he reveals was great up until the point it lost all power and had to be taken away on a tow lorry. Sadly, he refused to elaborate.

Read Clarkson’s 2019 BMW i8 Roadster review in full at The Sunday Times website.