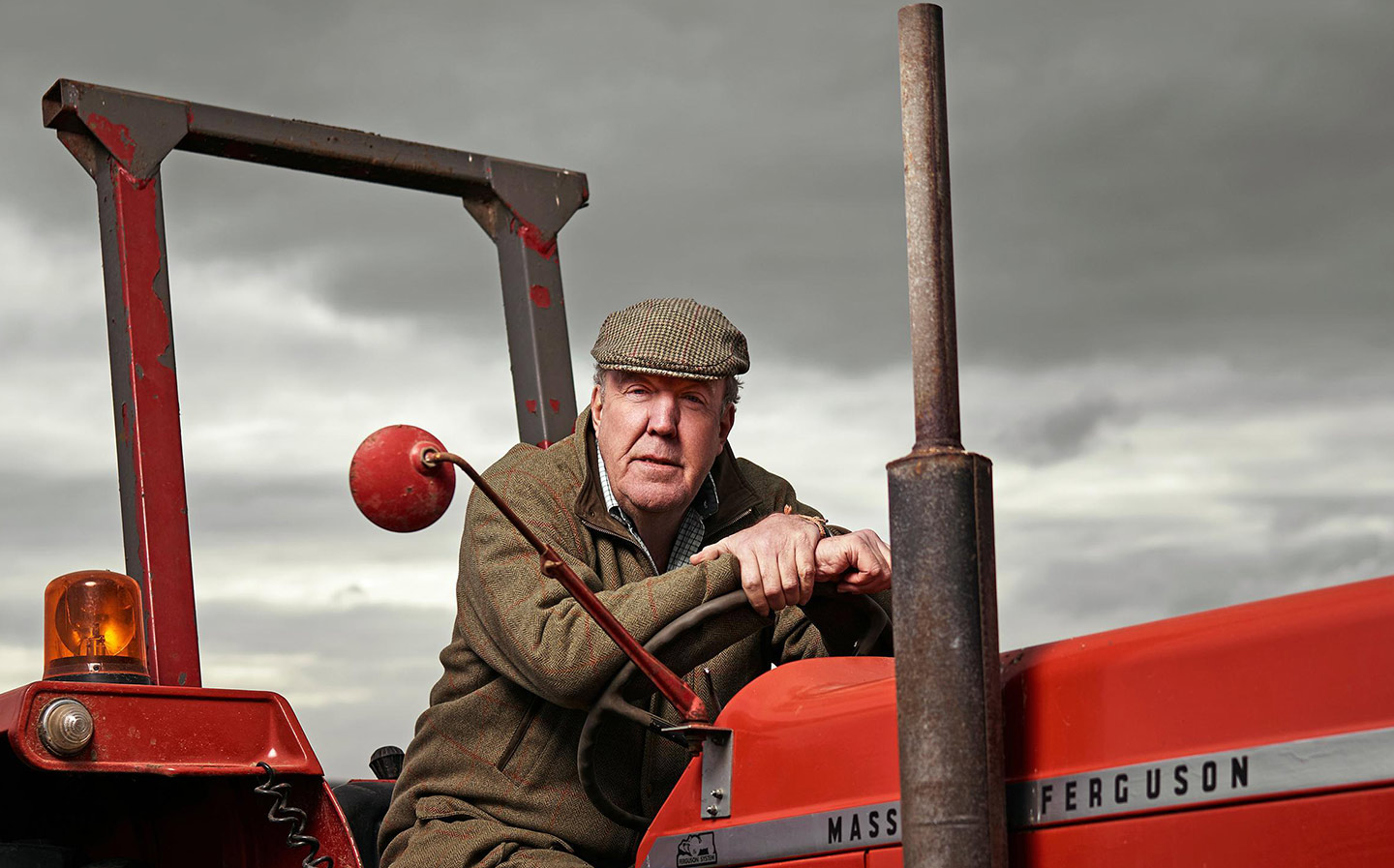 JEREMY Clarkson is set to do for farming what he did for motoring, by launching a high octane agricultural programme for Amazon Prime Video.

Speaking exclusively to The Sunday Times, the controversial 59-year-old car critic revealed that, after calling time on studio-based motoring shows, he’ll be back in front of the camera in September this year when filming begins on the first series of “I Bought the Farm”, ahead of a slated 2020 air date.

As its name suggests, the show will focus on Clarkson’s unlikely escapades as a farmer; growing wheat, barley and oil-seed rape on the land that make up his own farm, which he calls “Diddly Squat”.

While agricultural exploits in Oxfordshire don’t sound like the most riveting material for a TV show, Clarkson’s latest Amazon Prime venture may well attract a decent audience thanks to his fascination with technology and machinery — quad bikes, hovercrafts and even sheep-herding drones are expected to feature, and no doubt the production values will be above and beyond those seen before in farming shows.

It won’t all be fun and games, however, as the Grand Tour host is absolutely serious about shining a light on what he sees as serious problems in farming.

“Scientists calculate that we have just 90 years before we run out of food, because of soil depletion,” he says. “That’s just 90 more harvests.”

Clarkson, who has been known to be less than sympathetic towards vegetarians, says the “looming food crisis” has prompted him to modify his own diet, eating less red meat and more vegetables. “I do eat chicken,” he confesses. “But that’s just a vegetable with a head.”

He added: “This is not Kate Humble — much as I like Kate Humble — with 20 acres, bottle-feeding a lamb, or a TV presenter who grows veg in his back garden. This is actual farming: life, death and form filling.

“We’re not making Countryfile. We’ll be showing it warts and all. For example, I have no view on badger culling in terms of whether it’s necessary, but if it’s happening we will not shy away from putting it in the programme.”

Clarkson fans who aren’t sure if a farming show is quite their cup of tea will be pleased to know they’ll soon see him in more well-trodden presenting roles. It’s expected he’ll present the new batch of Who Wants To Be A Millionaire episodes that are due to be aired later this year, and The Grand Tour will likely return to our streaming service screens sometime in 2020.

Jeremy Clarkson opens up about plans to be a farmer, reveals love of birds and conservation

Clarkson, Hammond and May announce end of studio car shows