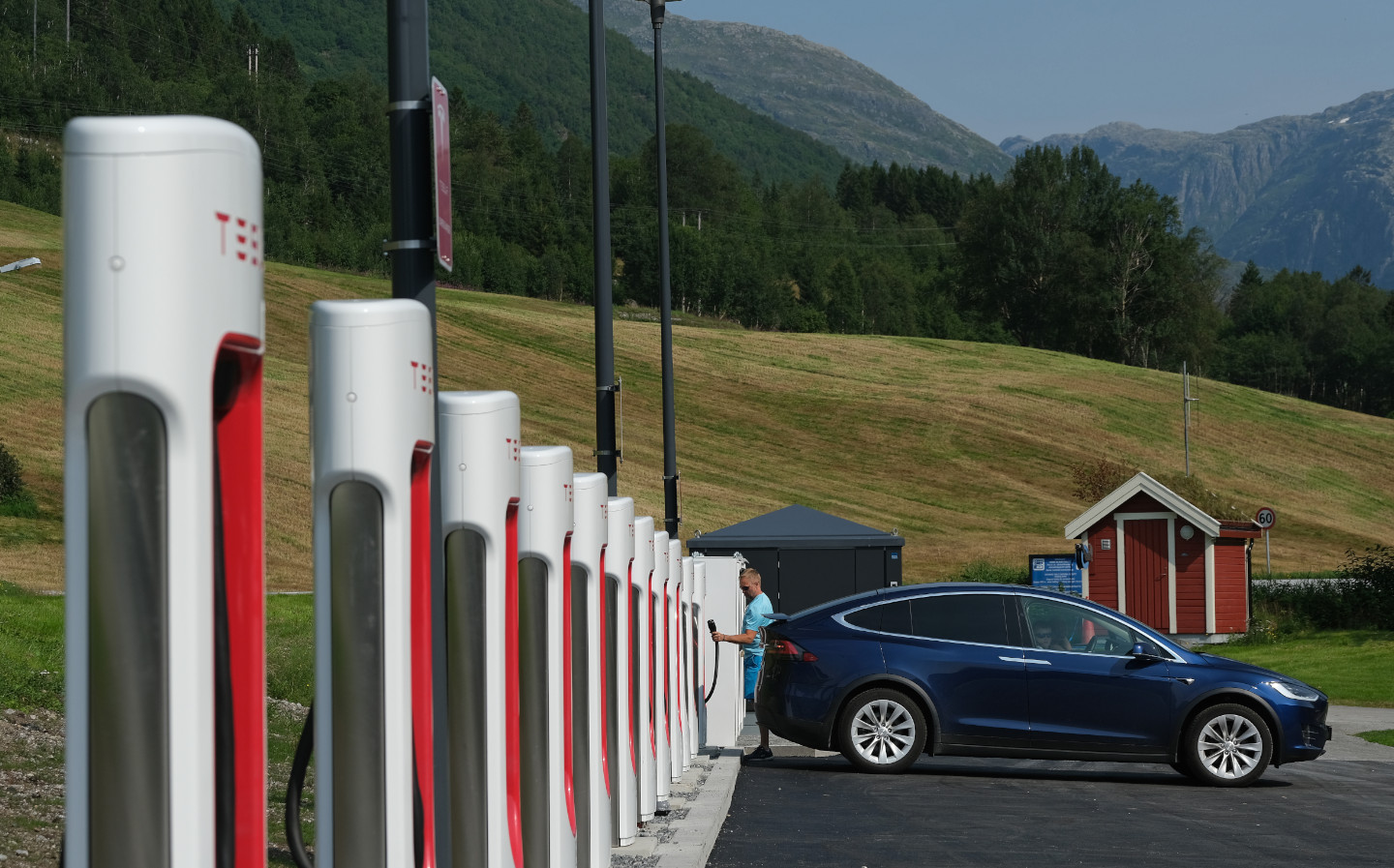 PURE-ELECTRIC vehicles accounted for 54% of registrations in Norway in 2020, making it the first country in which fully battery-powered cars have outsold petrol and diesel cars over the course of a full year.

In 2019, pure-electric cars accounted for 42% of new car registrations in the Scandinavian nation, which has long been praised for the generous incentives it offers to electric vehicle (EV) owners.

Sales of battery cars had previously overtaken those of internal-combustion engine (ICE) cars in individual months, but this is the first full year in which the milestone has been achieved. A decade ago, EVs represented 1% of Norway’s new car market.

Sales accelerated throughout the year, with pure-electrics making up two thirds (66.7%) of new cars sold in the country in December. That compares with 16.5% in the U.K. in the same month.

Norway is just four years away from implementing a ban on the sale of new petrol and diesel cars, which will make it the first country to enforce such a measure. In December, the UK government announced that a similar ban slated for 2040, then 2035, will be moved forward again to 2030.

The chief executive of Norway’s Road Federation (OFV) said that the country was “definitely on track to reach the 2025 target”, Reuters reported. A representative of the Norway EV Association told the news agency that its forecasts predict electric cars will have a 65% market share this time next year.

In order to maintain its course, Norway continues to offer lucrative financial incentives to people who buy EVs. These include exemption from a number of taxes including the country’s 25% VAT rate, import tax and registration tax. The nation also offers an “e-plate” for electric cars which grants the owner access to benefits like the use of bus lanes and free parking. A similar scheme was introduced by the UK government last month.

However, these benefits will presumably have to be rethought as Norway makes the transition fully to electric motoring — in the capital, Oslo, alterations have already had to be made to the bus lane rule due to increased levels of congestion.

The market space being filled by electric cars is primarily being ceded by diesel, the popularity of which in Norway has — following the general trend — plummeted over the last decade. In 2011 the fuel powered more than three quarters (75.7%) of new cars, before a fall from grace that saw diesel cars make up just 8.6% of new cars sold in Norway last year.

As in many countries, Tesla has enjoyed immense popularity in Norway over the last few years — the Model 3, its entry-level saloon, was the best-selling car in the country in 2019. However, the Californian company found itself usurped in 2020 by Audi, whose e-tron SUV and coupé-styled e-tron Sportback topped the year’s list of best sellers. The e-tron can achieve a 250-mile range depending on trim and its battery can be refilled at a rapid-charging station in half an hour.

However, Tesla could see itself back on top with the European release of the Model Y SUV later this year. According to its latest figures, The Model 3 and Model Y combined comprised 90% of the company’s U.S. sales last year, and reports unconfirmed by Tesla say that the Model Y accounts for seven in 10 cars it sells in America.