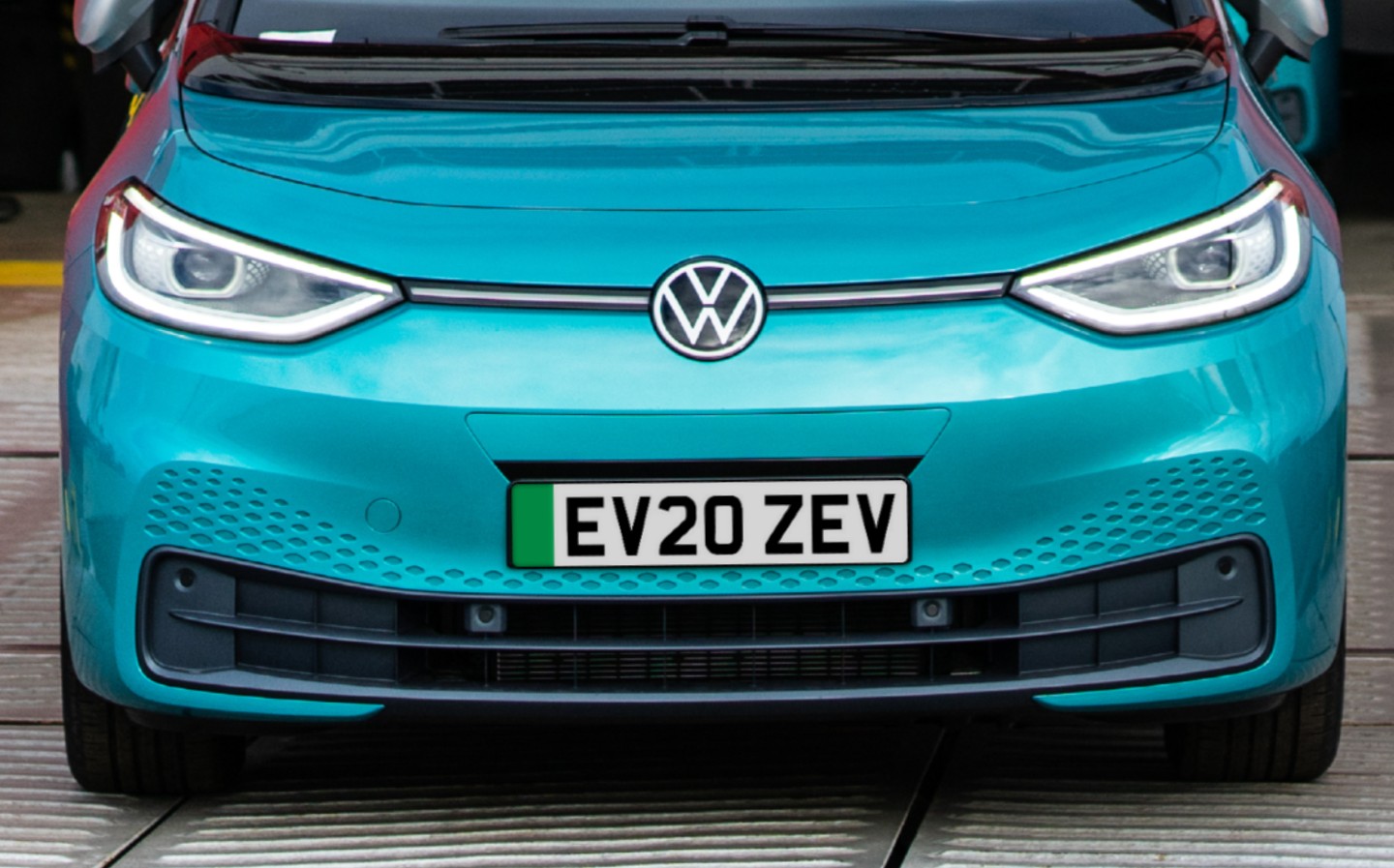 THE NEW green number plate may influence one in five drivers to buy an electric car, according to new research.

The survey by the AA found that 18% of respondents might make the switch to an electric car because of the introduction of the green plates, which are being rolled out from today (December 8).

Nearly half of those who took part (49%) said they are considering switching to an electric vehicle when they replace their current car.

A previous study found that 37% of people supported having different plates to distinguish between zero-emission and internal combustion engine-powered cars, while 40% said they had no opinion or didn’t know.

Who can get a green number plate for their car?

The green-accented plates form part of the government’s efforts to get drivers to switch over to electric cars in order to achieve its goals of making the UK carbon neutral by 2050.

Only those with a zero-emission car (either pure-electric or powered by a hydrogen fuel cell) will be eligible for the plates, meaning that owners of hybrid cars — even ones with electric-only ranges — will not be able to get them.

The new plates will be distinguishable by a green strip or “flash” on the left of the digits. Customers can choose not to have them, but those who do have them could be eligible for benefits from local councils including cheaper parking and free entrance into increasingly widespread low-emission zones.

Those who already own an electric car can go to a registered number plate supplier with the appropriate documents in order to purchase the new plates, if they wish.

What are the benefits of having a green number plate?

The plates were announced in June by Transport Secretary Grant Shapps, who said at the time that their introduction is part of the government’s ambition for an environmentally-led recovery from the coronavirus pandemic. He commented: “A green recovery is key to helping us achieve our net zero carbon commitments while also promoting economic growth.

“Green number plates could unlock a number of incentives for drivers and increase awareness of cleaner vehicles on our roads, showing people that a greener transport future is within our grasp.”
The introduction of the new plates preempts the ban on the sale of new petrol and diesel cars that will come into effect in 2030.

A similar scheme introduced in Ontario, Canada, has reportedly led to an increase in purchases of electric cars. However, a UK security watchdog warned earlier this year that the new plates could make them more alluring to thieves, while the RAC pointed out that the incentives afforded by the green plates may become unsustainable as the percentage of people who have them goes up.

AA president Edmund King, who was one of the first people to receive a green number plate, expressed his support for the plates:

“Most people choose an EV because they are great to drive, better for the environment and have lower running costs. However, almost one in five say the introduction of green number plates may influence them to switch to an EV so it is a move that we welcome.

“To achieve government targets on zero emissions we need to encourage more drivers to switch and almost half of AA members say they will consider an EV when they next change their car.

“I first drove an EV in 2001 and they have come on in leaps and bounds since then. Today I pleased to be one of the first to get a green plate on my EV.”

After reading about how green number plates may influence one in five to buy an electric car, you might be interested in the opening of Britain’s first electric car charging forecourt.