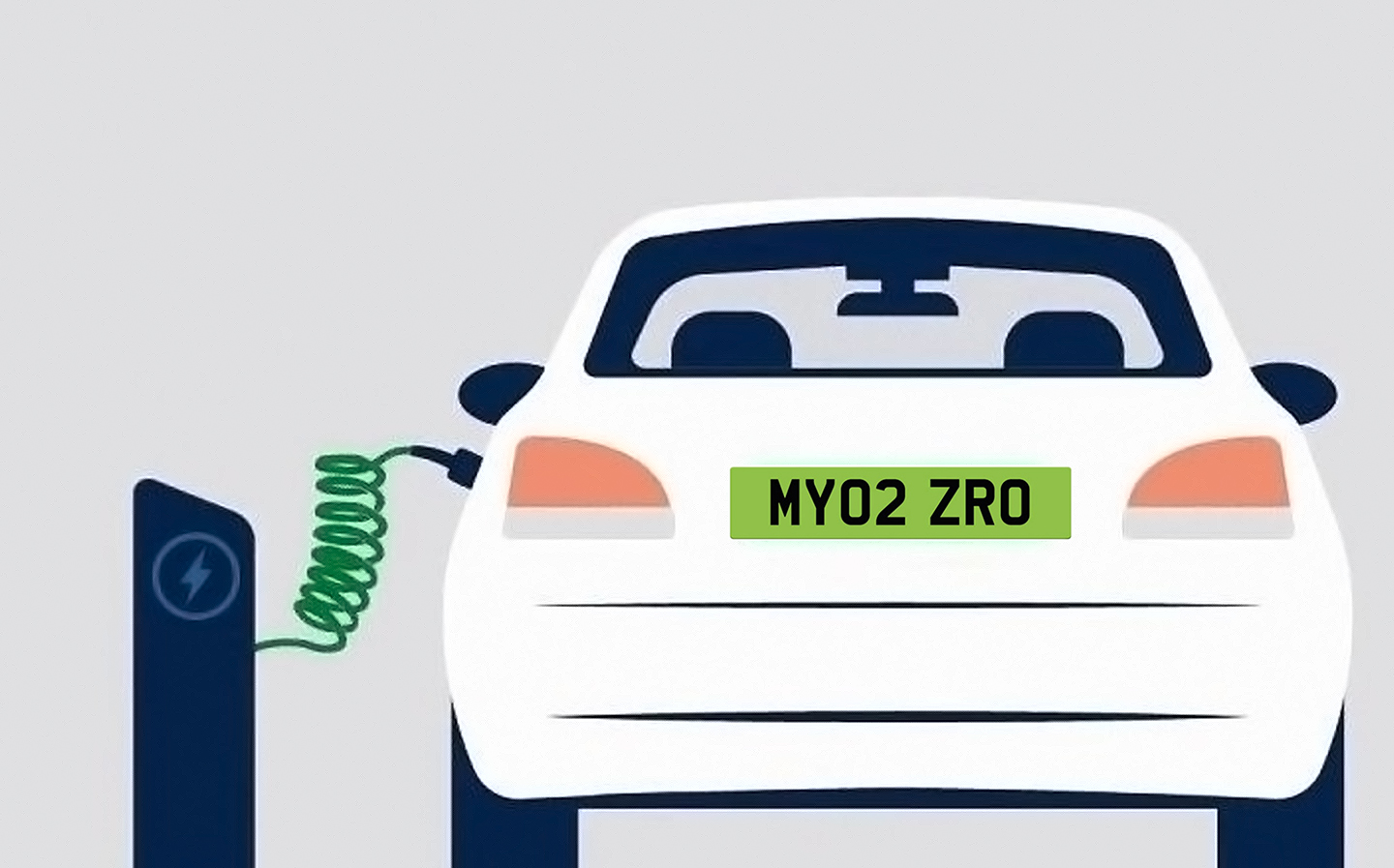 THE EFFICACY of plans to introduce green number plates for electric cars in order to drive up their sales have been called into question motoring organisations and environmental groups.

The government consultation, which was first reported by The Times in April this year, involves asking the industry and public for their views on the scheme, which would clearly mark out electric cars from other vehicles either with fully green backgrounds to the plates, a green dot or a green stripe to the left of the registration number. 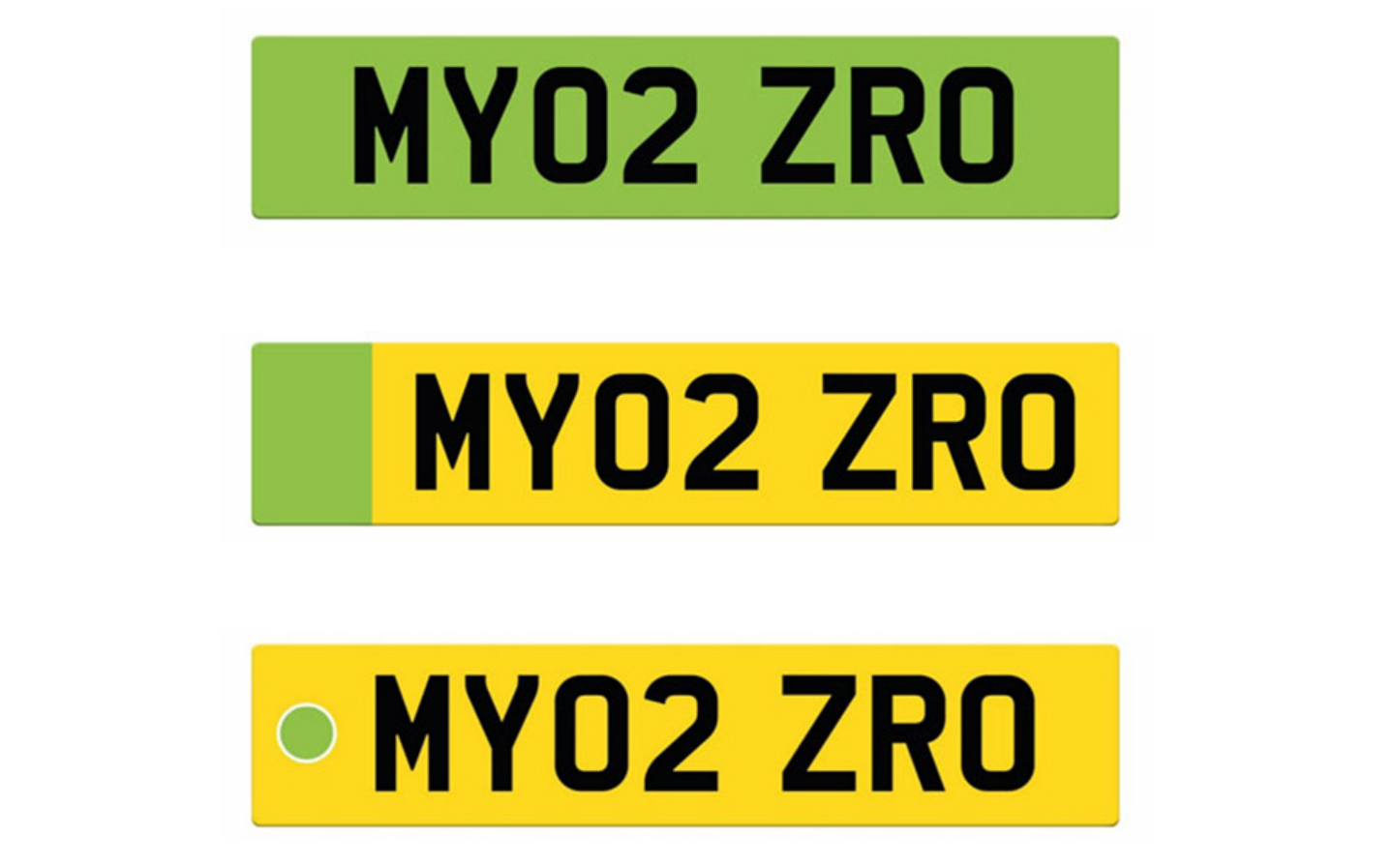 This could make it easier for local authorities to offer incentives such as discounted parking and bus lane use to zero-emission vehicles, and could help “turbocharge the zero emission revolution”, according to the Department for Transport. The government is targeting net zero emissions by 2050.

“As the UK moves at pace towards net zero emissions, the initiative aims to raise awareness of the increasing number of zero tailpipe emission vehicles on UK roads,” said the Department for Transport (DfT).

“Through the introduction of green number plates, local authorities would have a useful visual identifier should they wish to introduce incentives to promote the use of zero-emission vehicles, such as allowing these drivers to use bus lanes and to pay less for parking.”

However, the impact of green number plates will be minimal at best, according to the RAC.

Asked by BBC Radio 4’s Today programme for his reaction to the plans, RAC spokesperson Rod Dennis said: “We’re not massively impressed. Drivers don’t seem to be particularly keen on these plans, either.

“The question is whether they really achieve what the government wants to achieve. This is about getting more people into cleaner vehicles — switching out of petrol and diesel vehicles — and will the sight of a green number plate and the possibility of free parking and driving in bus lanes for electric vehicles really drive up usage? Drivers we’ve spoken to recently at the RAC didn’t seem that impressed.”

He added: “We’d much prefer the government looked at things like bringing in the right financial incentives. ”

He pointed to incentives in Norway designed to get drivers out opf petrol and diesel cars and into electric vehicles. “That’s the sort of thing we need to see the government doing over here if we want to see things change quickly.”

“As we get more electric vehicles, councils are going to have to end those incentives pretty much as soon as they bring them in”

At the time of writing, pure-electric car buyers can make use of the UK government’s Plug-in Car Grant, which knocks £3,500 off the price of an eligible new vehicle.

However, although the government’s Road to Zero emissions reduction strategy says the grant will run until “at least 2020”, and “consumer incentives in some form will continue to play a role beyond 2020”, last month the transport secretary Grant Shapps confirmed the government wants to fully phase out the plug-in car grant  in the near future.

Friends of the Earth told the BBC that without better financial incentives and more charging points, little would change. Campaigner Jenny Bates urged the introduction of a national scrappage scheme for dirty cars, saying it would “help fund a switch to a cleaner vehicle or greener transport alternative”.

Dennis had an additional concern about the green number plates idea: that it would have a short shelf life.

He said: “In the short term perhaps it would encourage some people to buy a pure-electric car but clearly that’s not something that’s sustainable.

“Over time, as we get more electric vehicles, councils are going to have to end those incentives pretty much as soon as they bring them in. Because if we have electric vehicles clogging up our bus lanes and taking free parking, it does nothing for congestion in our towns and cities.”

He said: “You have to remember that the majority of people don’t necessarily choose to have vehicles that emit more. For a lot of people they drive used petrol or diesel vehicles, and we don’t think setting one driver against another is really the right way of bringing people on side and encouraging them into cleaner vehicles.”

The market for zero emission vehicles is anticipated to grow quite quickly, regardless of the number plate design. While pure-electric cars only make up a tiny proportion of sales in the UK at the moment, the latest registration figures show demand for battery-powered models has more than doubled for the year so far.

That upward trend is expected to continue, as more and more car makers launch pure-electric vehicles. No fewer than 29 car makers will have at least one pure-electric model on sale in the UK by the end of 2020, with a further six car companies confirming they have battery-powered cars on the way.