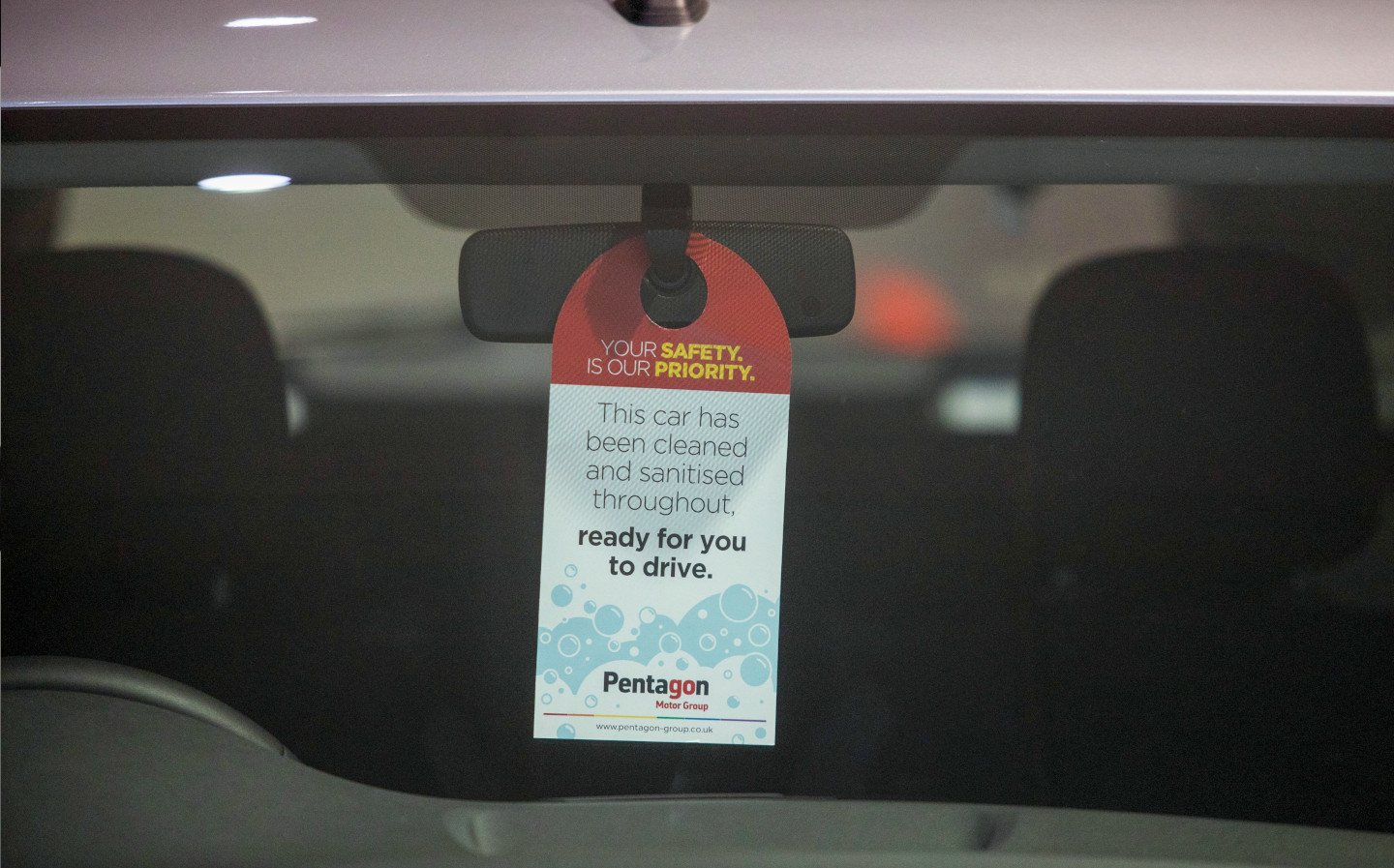 SALES of new cars in the UK fell by nearly a third in 2020, to the lowest level in almost 30 years.

The 29.4% drop in sales, caused by the ongoing coronavirus pandemic as well as uncertainty about post-Brexit trading conditions, is equivalent to a turnover loss of more than £20bn, according to the Society of Motor Manufacturers and Traders (SMMT), which published the results.

The motor trade body added that the decision to bring forward the ban on sales of new petrol and diesel cars to 2030, which was confirmed in November, may also have had an adverse affect on new car sales.

Loss in turnover resulted in a reduced level of VAT paid into the struggling economy, with £1.9bn less sent to the Exchequer in 2020 compared to 2019.

Demand dropped across all segments except one: specialist sports cars, the popularity of which increased by 7% as drivers looked to car makers for distraction from the pandemic. Previous research found that sales of used sports cars nearly doubled during the first lockdown, increasing by as much as 200% in some areas of the country.

Meanwhile, the popularity of traditional internal combustion engine (ICE) powertrains declined, with sales of petrol cars falling 39% over the course of the year. Petrol’s market share fell from 64.1% in 2019 to 55.4% in 2020.

However, the popularity of both petrol and diesel mild hybrids (wherein a small electric motor assists a traditional engine to make it more fuel efficient) increased over the course of 2020, with the sales of the former nearly tripling over the course of the year to a 7.3% market share.

For the third time in 2020, the Tesla Model 3 was the best-selling car of the month in December, with 5,798 units sold — although it didn’t make the top 10 bestselling cars of the year overall, illustrating the tempestuous nature of the market last year. Tesla announced earlier this week that it had come within a hair’s breadth of achieving its 2020 sales target of 500,000 units, despite the catastrophic effects of the coronavirus pandemic.

In the light of the 2020 sales figures, SMMT chief executive Mike Hawes said that 2021 needed to mark the beginning of a “green recovery” for the car manufacturing industry.

He commented: “2020 will be seen as a ‘lost year’ for automotive, with the sector under pandemic-enforced shutdown for much of the year and uncertainty over future trading conditions taking their toll. However, with the rollout of vaccines and clarity over our new relationship with the EU, we must make 2021 a year of recovery.

“With manufacturers bringing record numbers of electrified vehicles to market over the coming months, we will work with government to encourage drivers to make the switch, while promoting investment in our globally-renowned manufacturing base – recharging the market, industry and economy.”

The SMMT expressed its relief that a trade deal had been struck at the eleventh hour between the UK and EU, noting that seven out of 10 new cars registered in the UK last year were imported from Europe.

Poppy Welch, Head of Go Ultra Low, a government and car industry campaign to promote the uptake of EVs in the UK, noted pure-electric vehicles and plug-in hybrids combined now made up 1 in 10 car sales: “In the context of the new car market, 2020 will be remembered as the breakthrough year for electric vehicles (EVs). After a ninth successive year of growth in EV registrations, we’ve now seen market share rise to 10.7%.

“This has been made possible, in large part, by the government’s ongoing support and long-term vision, combined with the automotive industry’s commitment to developing a wide range of zero-emissions vehicles that are clearly convincing the public with their performance, financial and environmental credentials. While only a handful of EVs were on sale in 2011, there are now more than 100 models available.”

A number of commentators expressed relief that the UK and EU have struck a trade deal that ensures EU imports remain tariff-free, but noted that the announcement of a third national lockdown meant that sales of new cars in 2021 are already hobbled.

James Fairclough, CEO of AA cars, commented: “The run up to Christmas is traditionally a hard month in which to lure people to the forecourts, and the tough lockdown restrictions imposed across the UK at the end of 2020 ensured this December was no exception.

“Dealers have learnt a lot since the first lockdown last spring, and will be trying to keep sales ticking over by promoting their home delivery and click and collect services, which many implemented for the first time in 2020.

“Nevertheless many will be reassured by the confirmation that car imports from the EU will remain tariff-free under the UK’s post-Brexit trade deal, which will help ensure stable supply and pricing for customers once they return to the forecourts.”

Alex Buttle, director of used car site Motorway.co.uk, expressed similar sentiments: “Looking ahead, the car industry really needs a strong start to 2021, but the latest decision to place England into another lockdown, will likely expunge any hope of a swift recovery for the new car trade.”

He continued: “With the Government’s two-pronged vaccination programme underway and a last-minute trade deal with the EU in place, some economic turbulence and uncertainty has been avoided. At a time when the whole of Europe is fighting to crush an invisible enemy, the damage which would have been inflicted by a disorderly Brexit is one less thing for the new car industry to worry about.”

Other commentators saw the silver lining in what has been a largely catastrophic year, noting that 2020 had proved the tenacity of the car making industry.

Jim Holder, editorial director for What Car?, said: “With retailers forced to close their doors for close to three months between March and June, and with varying restrictions imposed throughout the rest of the year, the challenges have been immense.

“In that context, a 29.4% decline in registrations for the year is actually significantly better than many feared back in May, and underlines how the industry has worked to first make its processes Covid-safe and then to ensure that they can still operate digitally in lockdowns.”

Karen Hilton, chief commercial officer at heycar, said: “As forecourts shut once again as the entire UK returns to lockdown, the industry is set for more pain in the early part of the year.

“But, if 2020 has proved one thing — it is how resourceful the sector can be. In the grip of its biggest crisis in generations, dealers have responded impressively — finding new and innovative ways to engage with customers by upping their game in the digital arena.”