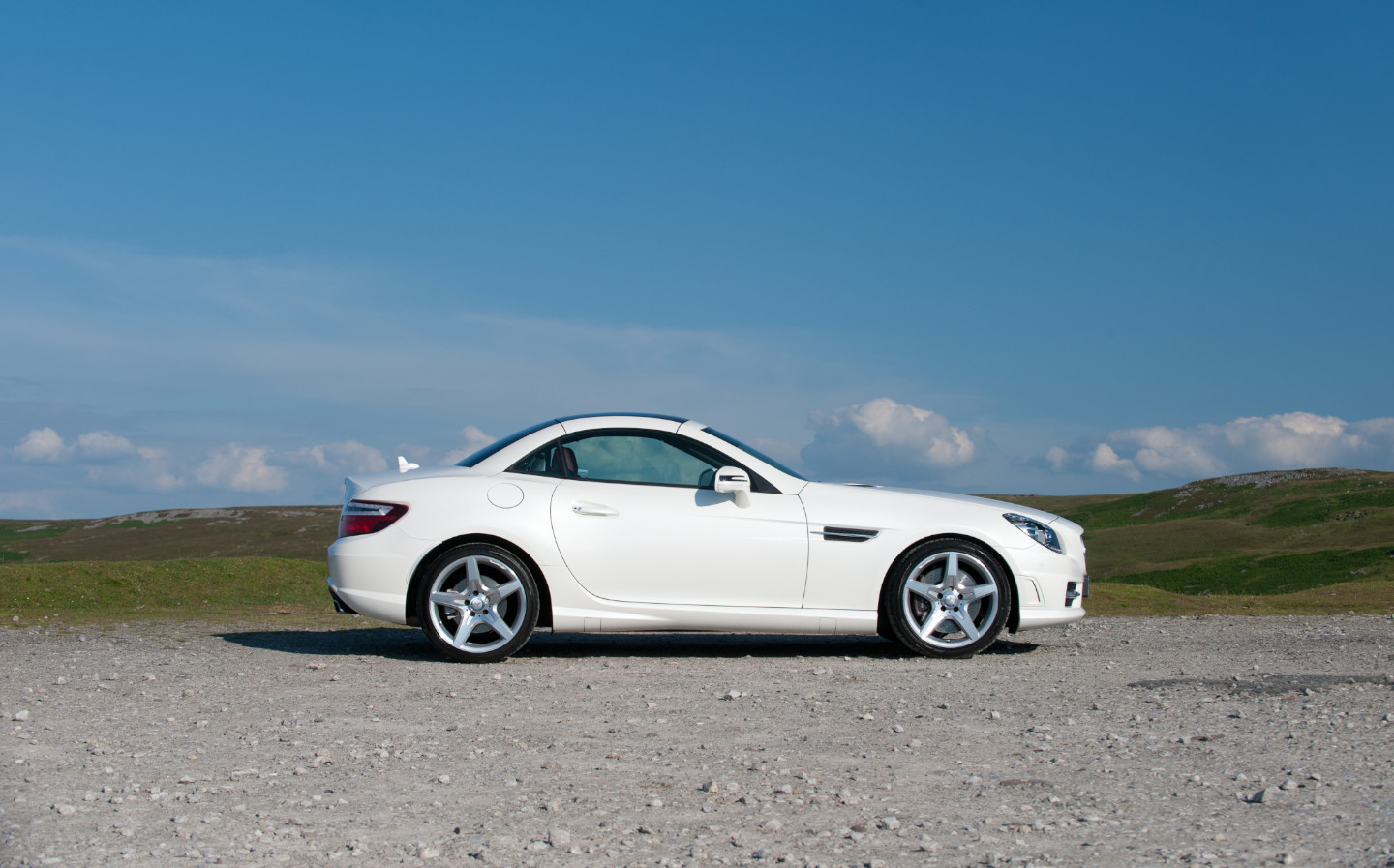 SALES of used sports cars rocketed by 82% during the period between March and May, the most stringent period of the coronavirus lockdown, according to data from an online retailer.

In the West Midlands, sales of used sports cars increased by a staggering 200%, according to to the figures from CarShop, while the North West and East of England saw sales increase by 185% and 159% respectively. This is despite driving for anything other than essential reasons being banned for a large portion of the period in order to stop the spread of coronavirus. The lockdown was announced by the Prime Minister on March 23.

The most popular used sports car, according to the research, was the Mercedes-Benz SLK. The compact roadster was in continuous production from 1996 until this year (by which time it had been rebranded as the SLC), when it was discontinued amid increasing competition from cars with more modern platforms, like the BMW Z4.

A final swansong, the SLC Final Edition, was released to mark the end of production earlier this year. In a nice touch, the Final Edition was released in a similar shade of Sun Yellow that adorned the original 1996 car. At the time the SLC production ended, Mercedes did not have any plans for a replacement.

The SLK was one of early the hard top convertible sports cars, which has become a segment unto itself in the years since its launch with everyone from McLaren to Mazda releasing cars with rigid retractable roofs over the last couple of decades. Due to the near-25 years that the SLK was in production, prices for used ones vary wildly, with high mileage mid-2000s versions going for £5,000 or even less while low-mileage SLC-era versions with top spec AMG Line trim going for north of £25,000.

The most popular iteration of the SLK, however, was its third generation, which lasted from 2011 until earlier this year. More specifically, 27% of the SLKs sold were ones released in 2015, and another 23% were released in 2014. Of these, more than 95% had an automatic transmission.

The CEO of CarShop, Nigel Hurley, said that the rise, while steep, was not surprising due to the restriction of activity during the period. He commented: “The surge in used sports car sales across England and Wales doesn’t surprise me — in these distressing times, people are looking for something positive, fun and exciting to distract them from the current climate. Holidays are on pause, weddings and large family gatherings are postponed, so why wouldn’t you treat yourself?

“The data around sports car sales in the West Midlands, North West and the East of England, however, is more unusual. It could be put down to the residents of these largely rural regions — who might already own a practical vehicle – seizing the opportunity of lockdown to buy something with a bigger enjoyment factor, something they could use when zipping around their beautiful countryside surroundings.”

The website also saw increased interest in SUVs, which is less surprising due to the ongoing western love affair with the shape. SUV sales rose by 17% — not quite as dramatic as the rise in sports car purchases, but not insignificant — with London being the area with most increased activity.

The capital’s interest in the vehicles rose by 35%, double the national increase. Hurley said that the behaviour could represent a desire in the nation’s most densely populated area to escape city life during the lockdown (all of the country’s 20 most populated districts are London boroughs). The most popular SUV was the Kia Sportage.

Also notable is an increase in the value of cars bought during the period, despite the pandemic’s nationwide effect on employment and the promise of economic recession. The average a consumer paid for their car last year was around £10,000, according to CarShop, which rose to £11,219 between June and August this year.