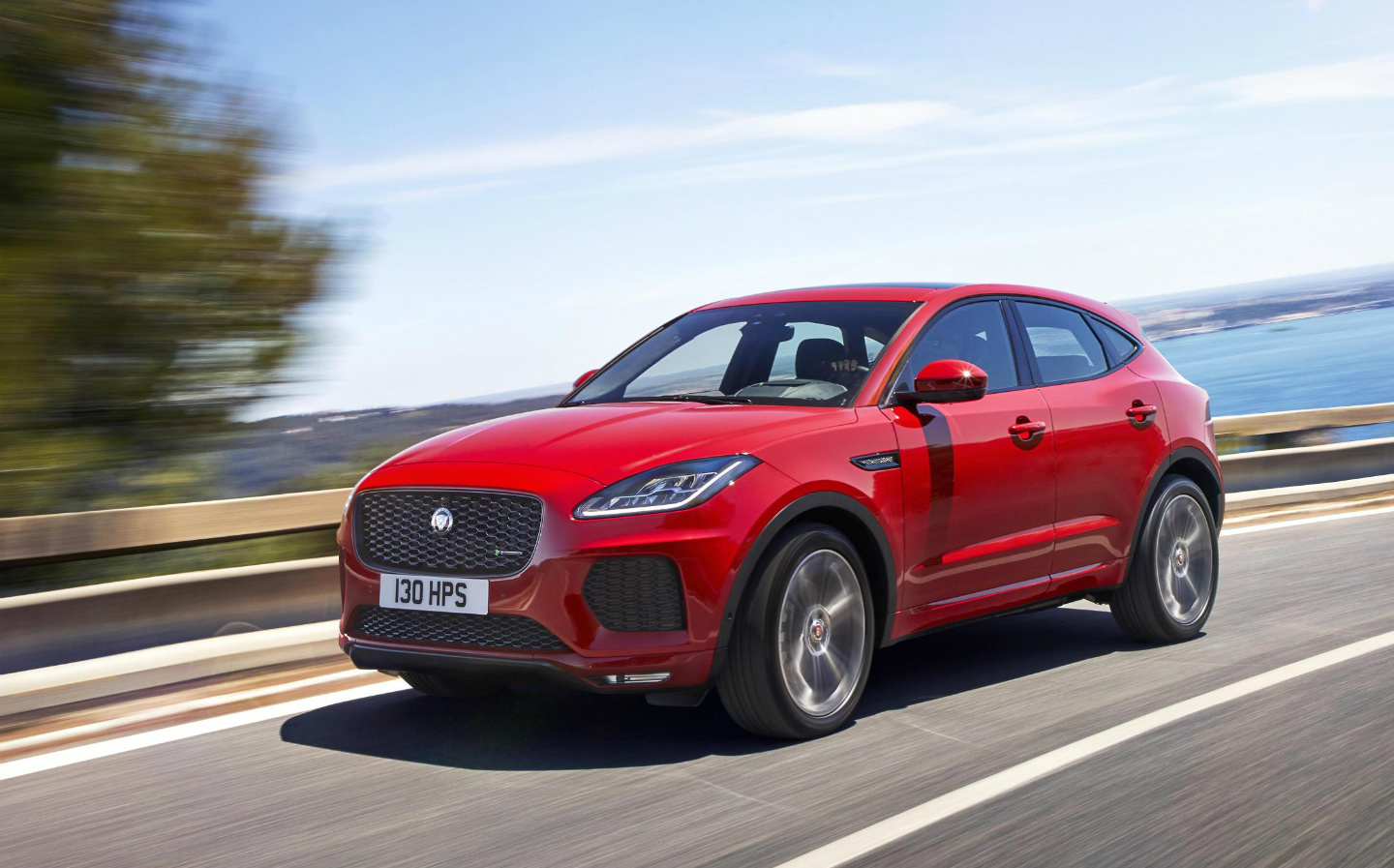 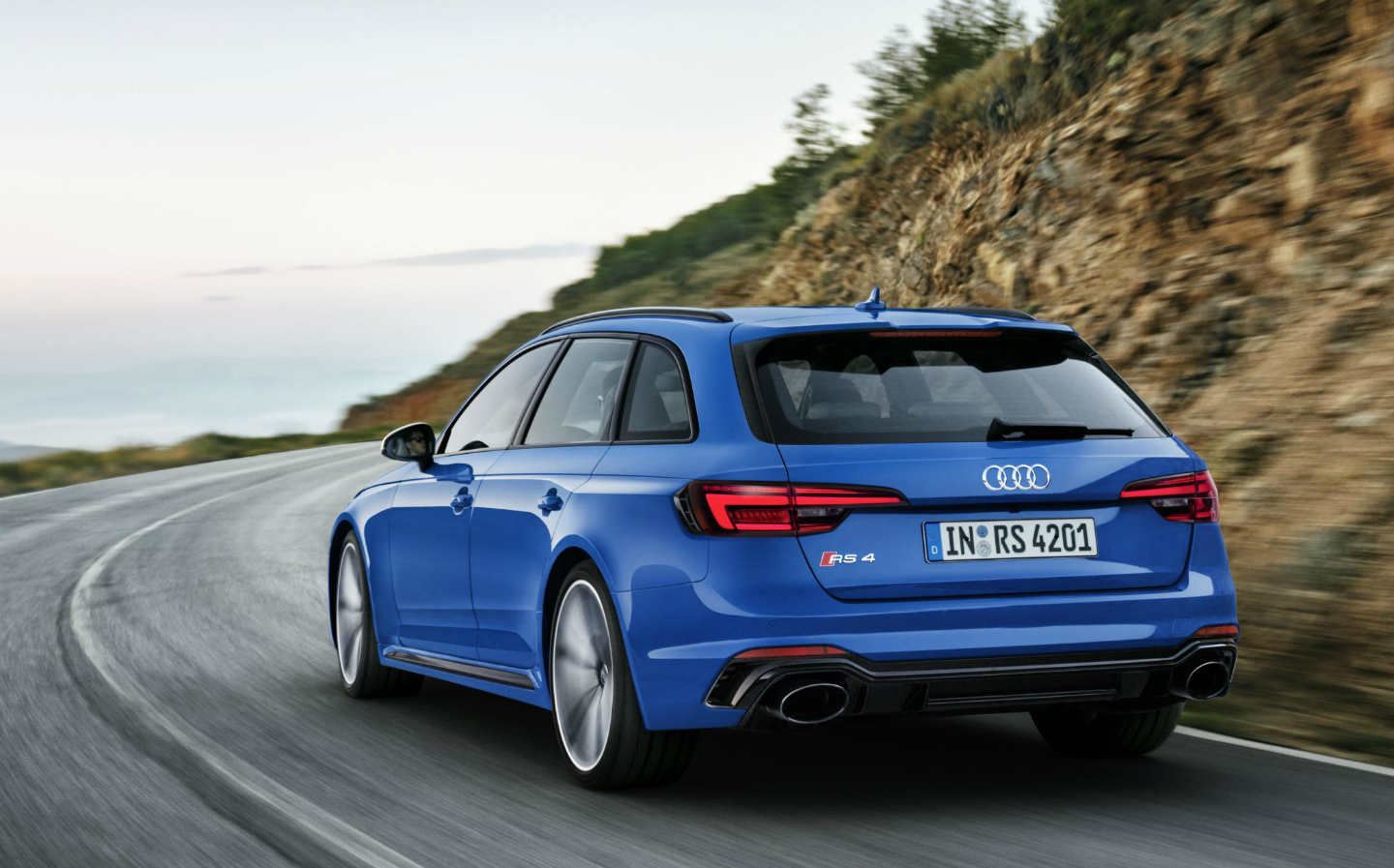 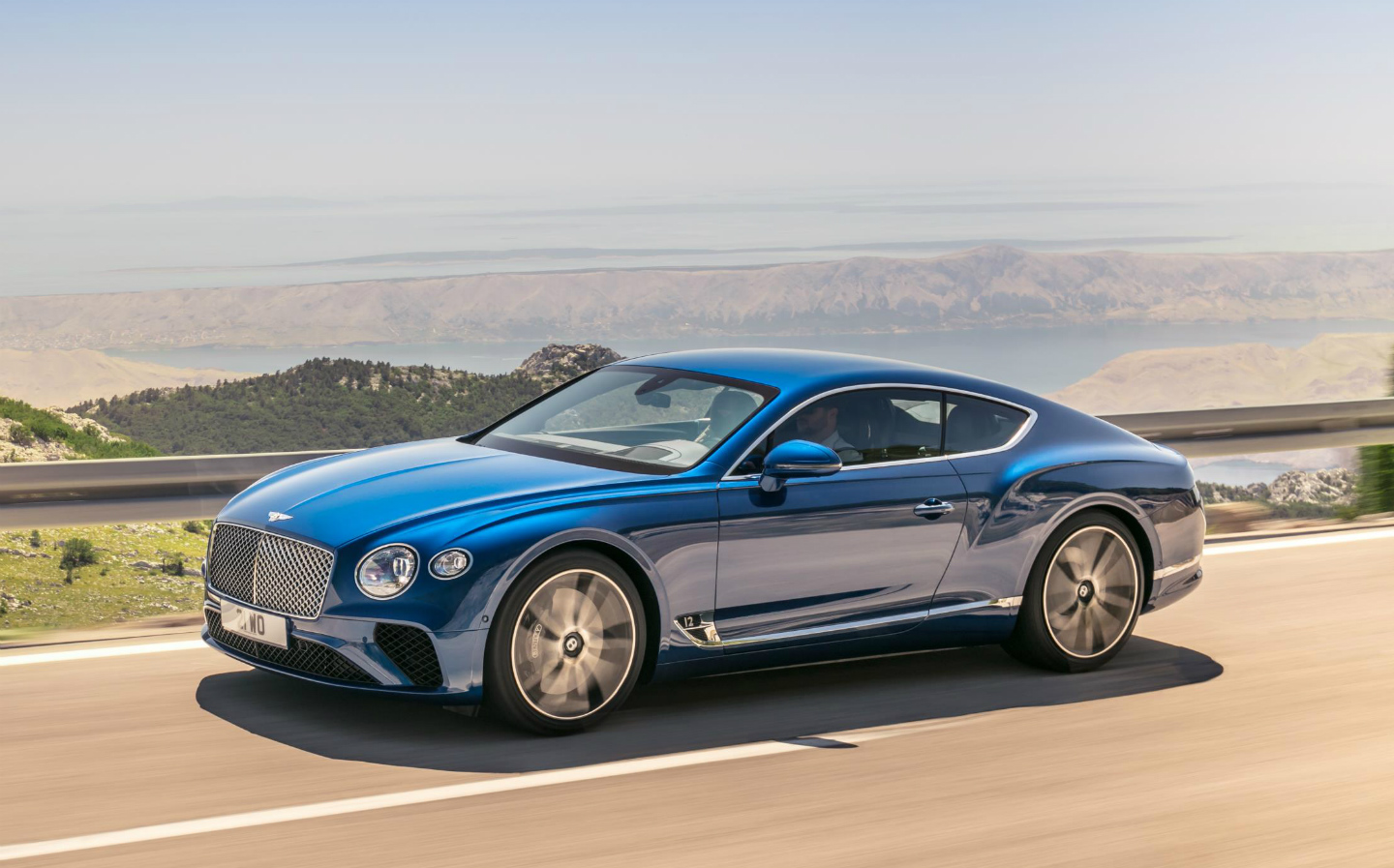 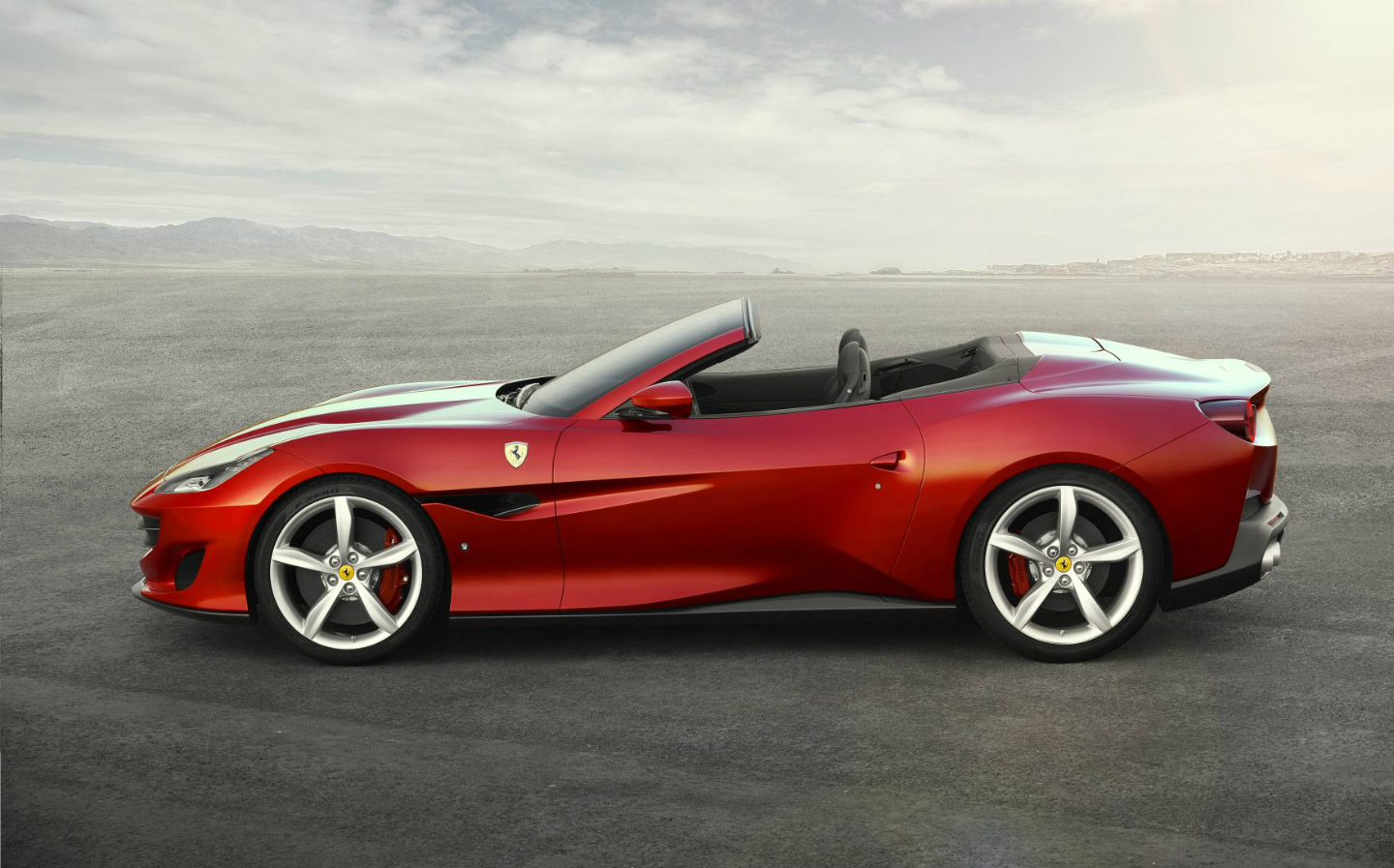 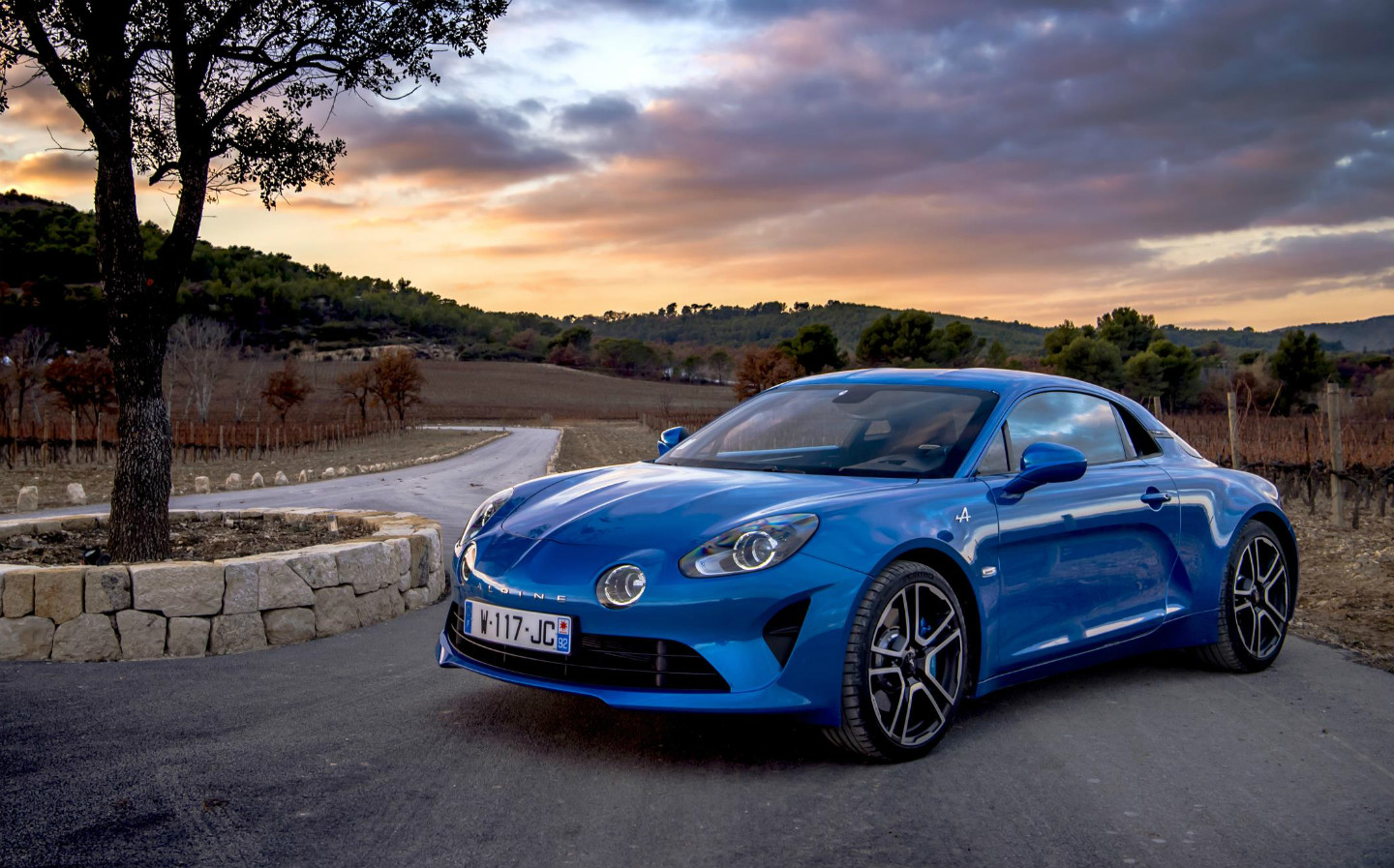 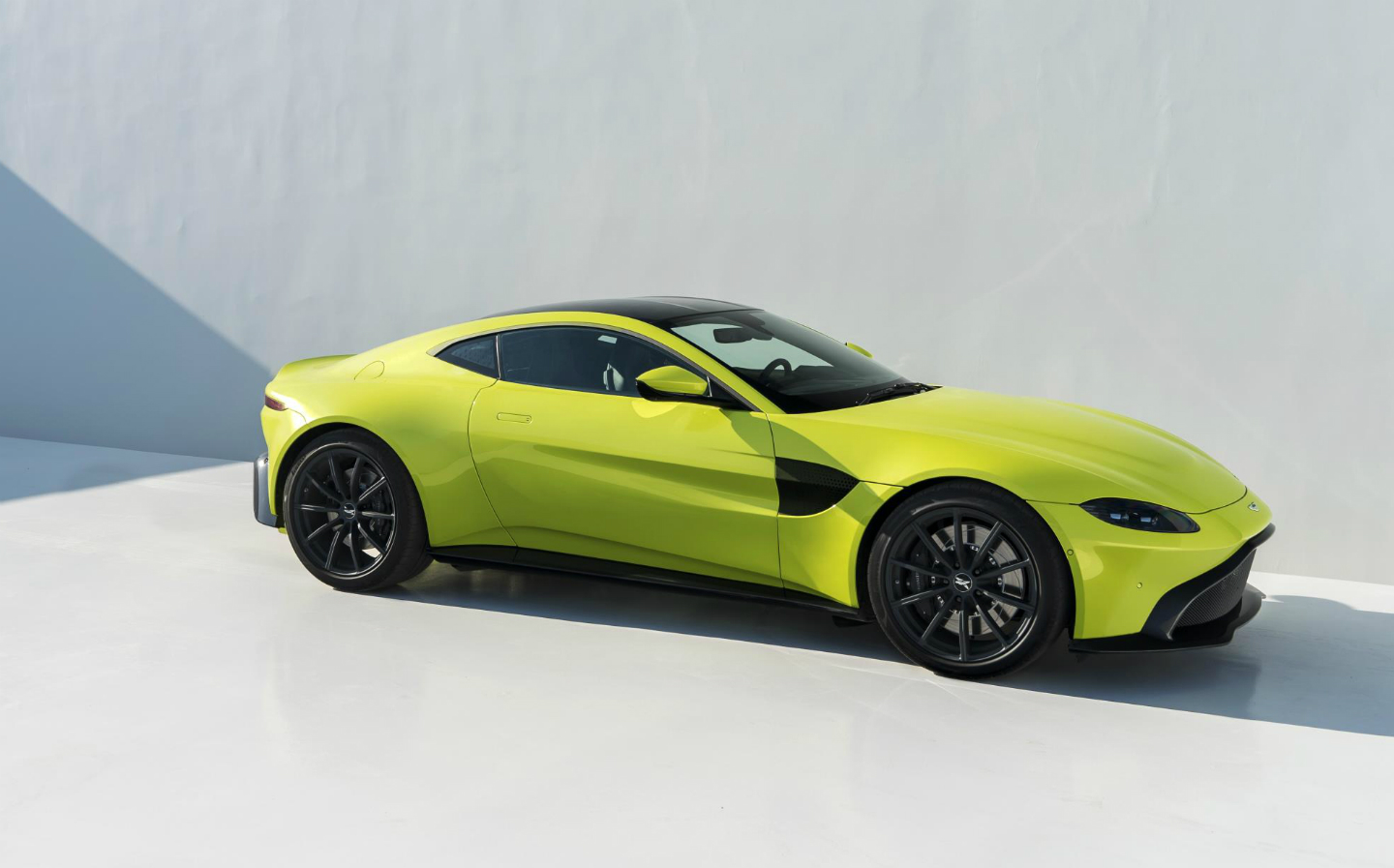 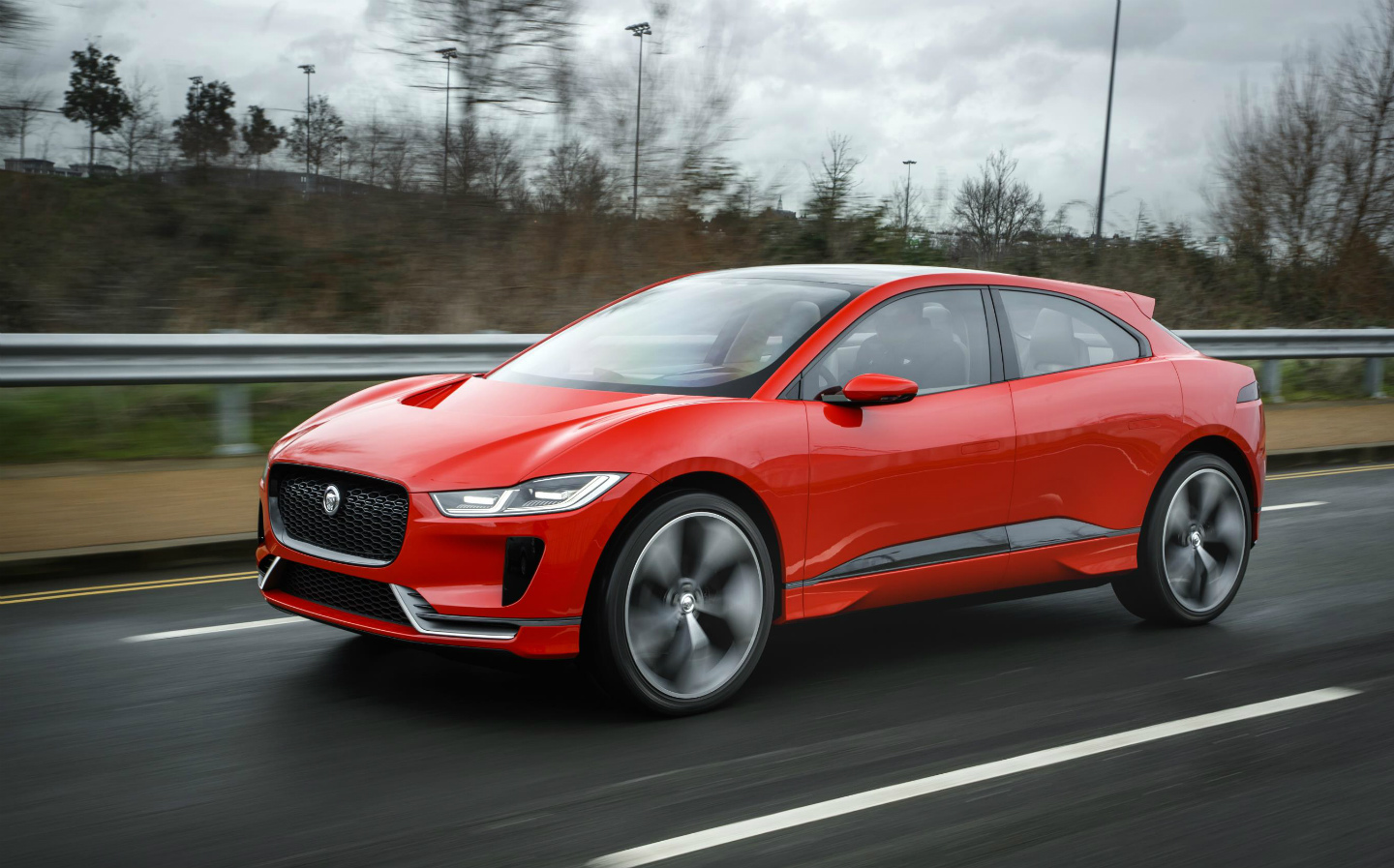 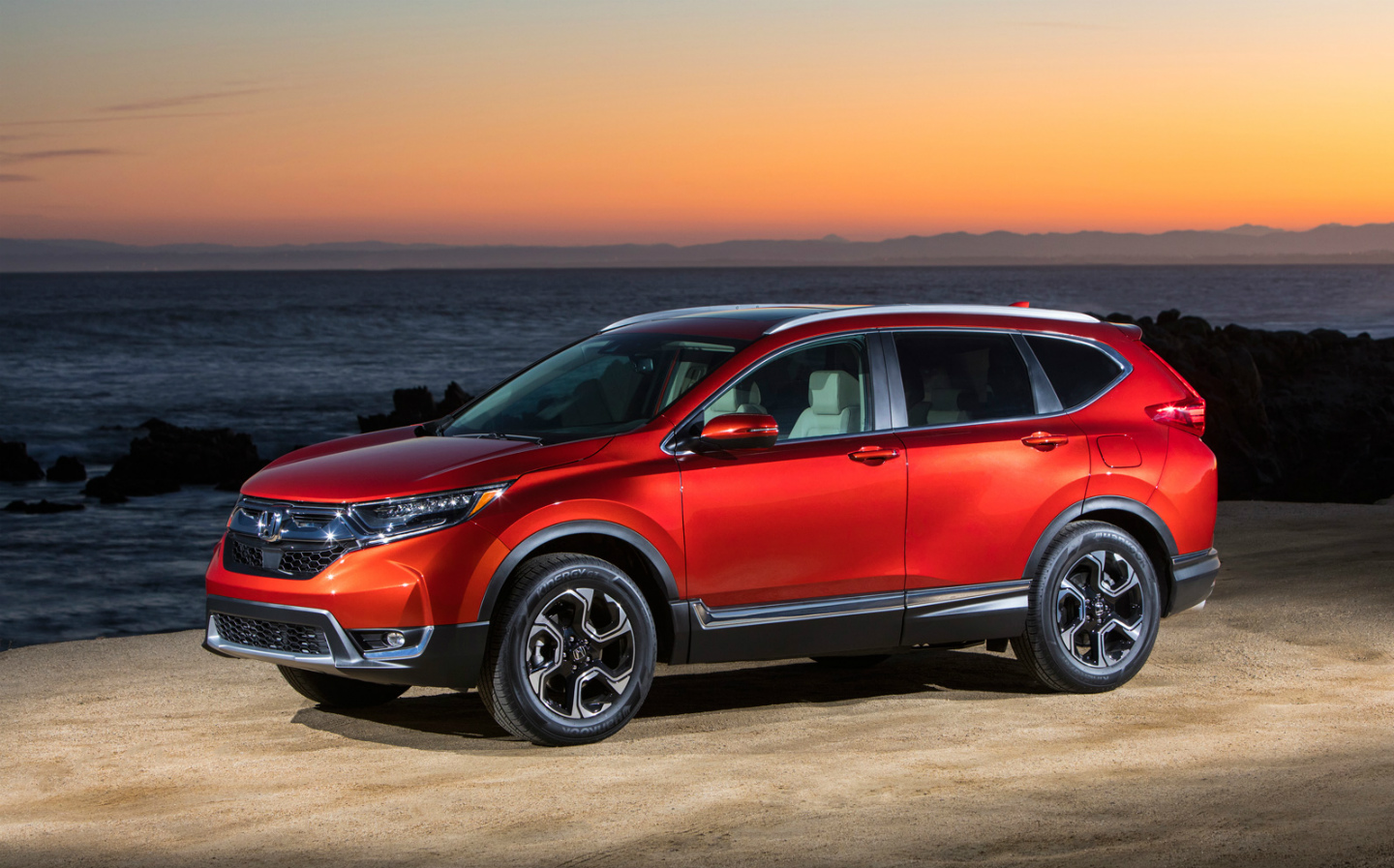 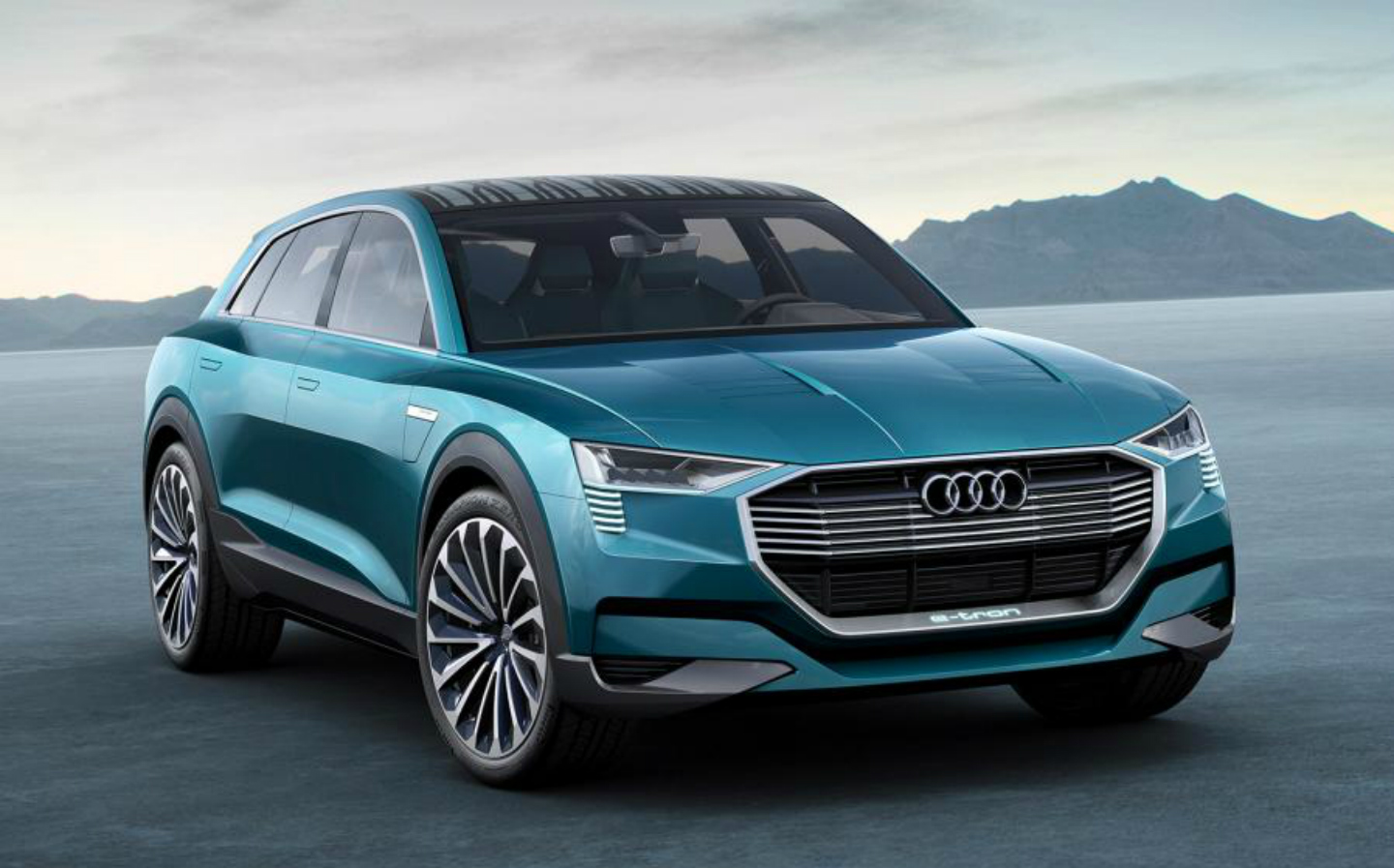 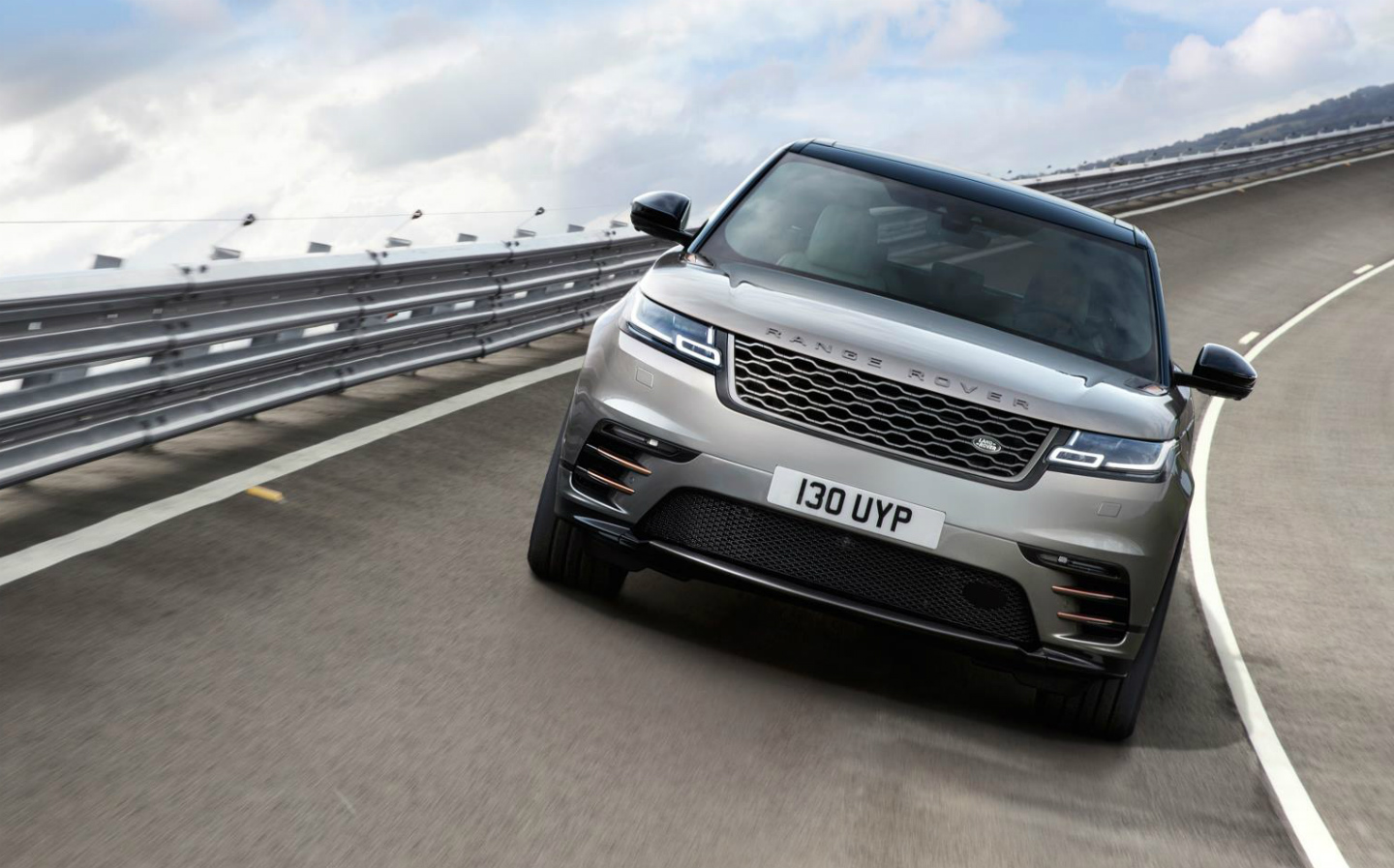 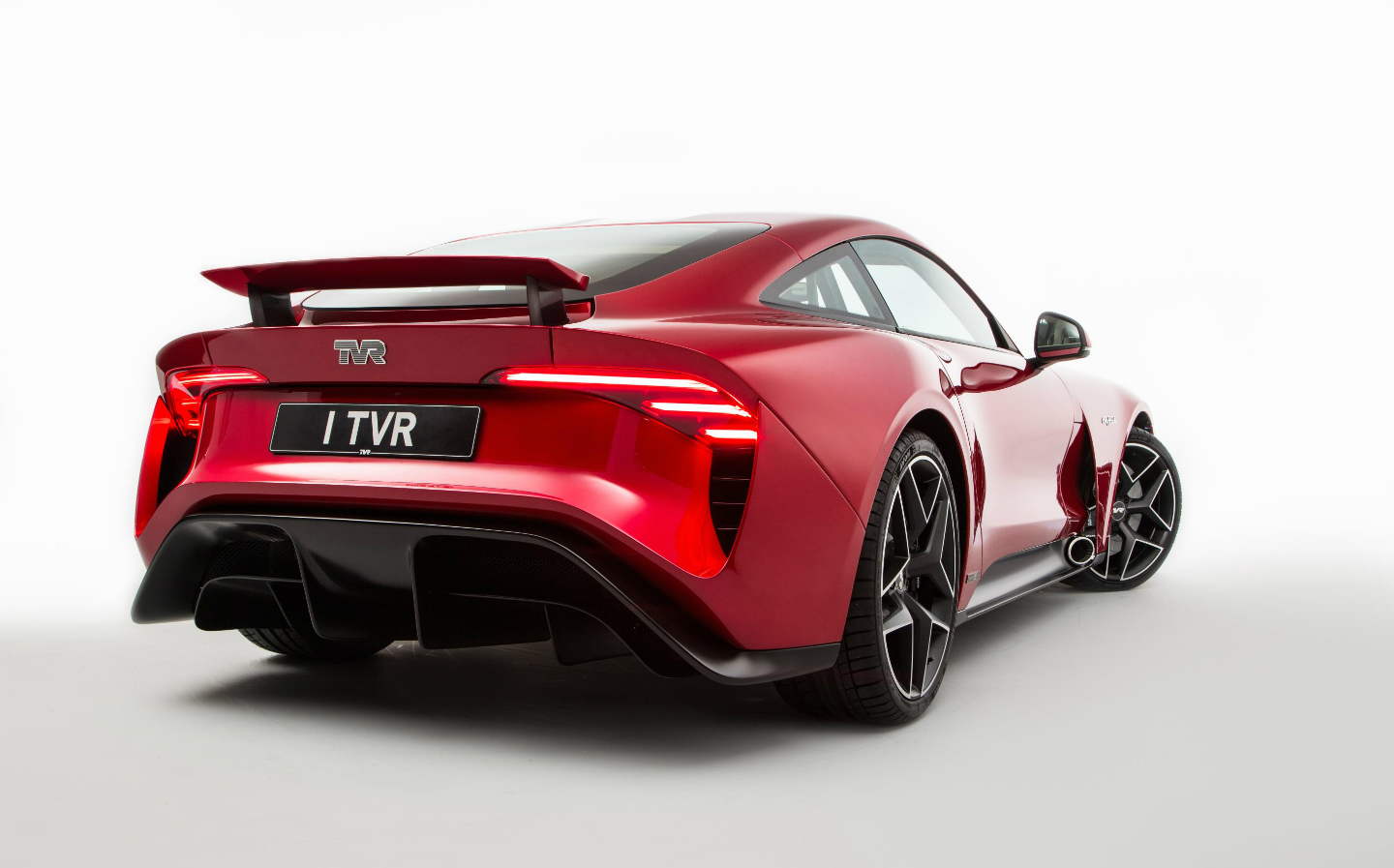 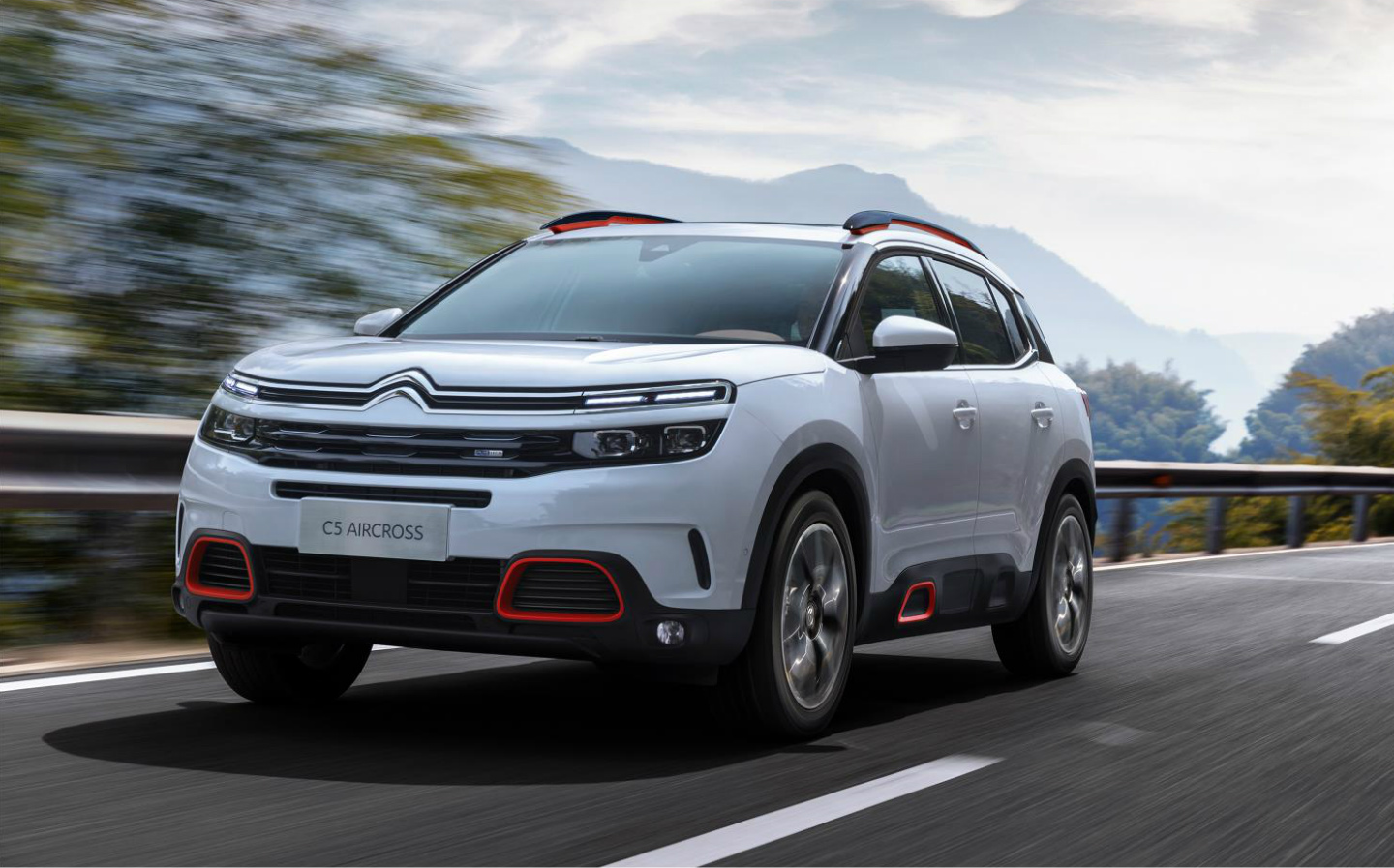 WITH NEW car registrations falling in 2017 for the first time in six years, as consumer confidence takes a hit, car makers are having to pull out all the stops to keep the wheels turning. For most, that means innovation and a raft of new models to try and tempt buyers into showrooms.

The general trend is expected to be continued SUV-isation (even the Kia Picanto city car is getting a jacked-up crossover spin-off) as well as significant investment in electric models, evidence of which could be seen this week with the announcement by VW that it had suspended sales of the Golf GTE plug-in hybrid, as production could not keep up with demand. In November last year, sales of cars eligible for the government’s plug-in car grant rose 53.7% versus the same month in 2016, from 2,482 to 3,814, against a drop in total car sales of 11.2%.

But 2018 won’t be all about the electric revolution; we still have plenty of petrol and diesel models landing on these shores over the next 12 months. Here are the hottest cars to watch out for this year.

The F-Pace’s baby brother joins the fastest-growing car segment and is sure to help grow Jaguar’s sales.

The tiny Picanto city car gets a crossover version.

Critics are raving about Kia’s first sports GT. Not surprising, given it’s the brainchild of an engineer poached from BMW’s M division.

The stately home on wheels returns for an eighth generation. Calm down, Jeeves.

The most powerful version of Seat’s Golf-derived hatchback boasts 306bhp and lines so sharp you’ll need gloves to open the doors.

The Karoq killed off the charismatic Yeti. But don’t worry, it’s a great mid-sized crossover, even if it does look like all of its rivals. Read our review here.

Might be the best-looking car ever made but you may have to kill to own this roadster; only 28 are being made.

Sorry V8 fans, the RS4 has returned to V6 power, but it reasserts the red hot mid-sized estate as the ultimate jack-of-all trades. Read our review here.

It’s only a mild upgrade in performance over the standard i3 (13bhp) but BMW’s first electric hot hatch is set to bring more fun to the plug-in world.

Citroën’s posh offshoot DS is entering the SUV market for the first time with this Audi Q5 rival.

The pioneering electric car gets a chic-er look and significant range upgrade (235 miles), almost matching that of the Zoe from sister company Renault. But with five seats and a larger boot, the Leaf is a more practical option for growing families.

The three-cylinder hot hatch city car produces 114bhp, which doesn’t sound like a lot until you remember just how tiny it is. Promises many smiles an hour.

Brute force and grace have been the Conti’s watchwords. The new version, with a little help from Porsche, is lighter and stiffer, giving it agility as well. Expect a W12 engine first, followed later in the year by a V8 and then a plug-in hybrid version.

The new super-5-series has 592bhp and can manage 0-62mph in 3.4sec. Partly thanks to a new four-wheel drive system. What’s that, purists…?

Someone from BMW realised there was a gap between the X1 and X3, so decided to fill it with a 1-series-based crossover.

Volvo will continue its rise with this baby XC60. Expect market-leading design and a relaxed drive in a high-riding but compact package.

The new version of Audi’s executive saloon gets lots of tech from the A8, including its semi-autonomous driving system. Expect the estate model in July.

The new name for the California, the Portofino has a tuned version of its predecessor’s turbocharged V8 and a lighter, stiffer chassis.

Lamborghini returns to the off-road scene with the Urus. It’s not exactly a looker but it’s set to be the world’s fastest SUV when it arrives.

The car that proved sports car makers can sell SUVs, too (in comparatively massive numbers), is back with more power, less weight, more tech, etc. But however good it is, the Cayenne should still be held responsible for the Urus.

It won’t be the most powerful hot hatch out there but given Renaultsport’s track record for sweet handling, we can’t wait to get behind the wheel.

The latest version of VW’s large SUV will be getting a plug-in version on top of the usual updates associated with all-new models.

Renault has revived the forgotten sports brand and done its name proud with this Porsche Boxster rival. Read our review here.

Aston’s flagship GT goes topless in May, and we go weak at the knees.

Set to rival the Mercedes GLE Coupe and BMW X6, the Audi Q8 will be big, posh and slopey at the rear. A sporty SQ8 is set to follow in December.

The family hatch should ring a few changes to the Merc design language when it arrives in May, with a saloon version due in October.

The sixth generation Polo arrives this month but it’s this 197bhp version of the supermini that will be getting pulses racing.

Aston’s sports car has a new look based on the DB10 concept seen in Bond film Spectre, and will be priced from £120,900.

Bentley’s introduced a diesel version of its SUV, so why not a plug-in hybrid.

Cut the roof off BMW’s plug-in sports car and you get something that looks so futuristic, Buck Rogers would be impressed.

The luxury name that doesn’t seem to die, Maybach is back with this range-topping version of Merc’s already-rather-grand big saloon.

A supercharged version of Toyota’s city car with a limited slip differential, sports suspension and 212bhp is a bit bonkers. Sign us up.

The all-new version of the BMW X1-rivalling compact SUV will get less-cutesy looks and more interior space, which can only be a good thing.

The perennial best-seller sheds a few pounds this summer (50kg, actually) and should have a bit more room inside, thanks to a longer wheelbase.

Jag’s first pure-electric car has been designed from the ground up as an EV, rather than sharing a platform with the F-Pace, and has two 197bhp electric motors working on the front and rear axles, providing four-wheel drive and 395bhp. Read more here.

The most powerful road-legal Jag ever has smashed the Nürburgring record but you’ll need a cool £150,000 if you want one on your driveway.

Gangsters of the world, rejoice: the new G-class 4×4 will be smarter on the inside but just as garish and utilitarian on the outside. An AMG 63 version will arrive around the same time.

The coupé version of the X3 SUV has revised styling and all-new underpinnings.

This hot version of the Italian SUV will be hoping to take on the Porsche Cayenne Turbo.

The baby S-class coupé returns to help confuse car buyers struggling to get their heads around Mercedes’ model range.

The luxury super-GT will take aim at the Ferrari 812 Superfast, we’re told. Best of luck to it.

This all-electric SUV shares a platform with the Porsche Mission E electric GT and will take the fight to the Tesla Model X. It promises 0-62mph in 4.5sec thanks to 496bhp and 590 lb ft of torque. Which is plenty.

BMW will be taking on the Audi SQ5 with this M Performance version of its crossover.

If you think 604bhp is a lot for this AMG-developed super-saloon, wait for the 805bhp hybrid version.

The best mid-sized SUV on sale gets a refresh later this year. Expect much of the same, but with extra USB ports.

Kick the petrol engine out of the Niro hybrid, and add a bigger battery, and you get a pure-electric version of the Korean crossover.

JLR’s SVO division is also working on a track-honed version of the Range Rover Velar, which sits between the Evoque and Sport in the model line-up.

This stunning coupé and convertible is designed to appeal to the very top end of the buyer market, and will have a pricetag to match.

Yes, you read that right: BMW and Toyota are collaborating on a new sports car that will no doubt improve the driving dynamics of the Z4 and revive a much-missed Japanese model in one move.

Two words that individually raise an eyebrow but when put together, create mild arousal. The 789bhp petrol-powered racing car for the road is the most hotly-anticipated hypercar of the year.

The order books for revitalised British brand’s 200mph comeback car have been open since September 2017 but expect sales proper later this year and first deliveries in early 2019. If you can get your hands on one.

Drivers that crave the head-turning styling and impressive performance of the Audi RS5 but find its coupé body a little too restrictive for everyday life, will be glad to learn that a four-door version – known as the RS 5 Sportback – is due to reach showrooms late this year.

The C5 was once one of the most bland cars on the road. But in an attempt to revitalise sales, the French car maker has transformed it from a poor copy of a German saloon (or estate) to a high-riding, rough n’ ready SUV. It’s certainly much more eye-catching, and goes on sale at the end of the year, priced from an anticipated £20,000.

Drivers should get their first view of an electrically-powered Kona at this Spring’s Geneva motor show. The company believes that more drivers – specifically young drivers – want a small SUV with impeccable eco-credentials. Hyundai has said the car is likely to have a driving range of more than 200 miles.

When the next generation Procee’d reaches Kia showrooms, there will be a new, shooting brake body style to complement the usual three- and five-door hatchbacks and estate models. The company has aspirations to take on Audi and VW, in terms of the quality of its cars. We’ll see if the Procee’d delivers.

The big GLE SUV has never been a particularly subtle car, and the replacement isn’t expected to make any apologies and change that. Inside, it will gain the twin digital display screens that mark out luxury models like the latest S and E Class, and next year a coupé variant will join the lineup.

For decades, Rolls-Royce has looked down its nose at SUVs and dismissed them as irrelevant. But once its customers started to question why they couldn’t buy a Roller that they could drive to a shoot or take to their ski chalet, the company jumped to it. The result is the project ‘Cullinan’, a 4×4 that’s likely to deliver excess in all areas and command a starting price in the region of £250,000.

A bi-turbo diesel engine, with around 240bhp, is likely to be at the heart of the hot Kodiaq 4×4. However, if the company offers a petrol option, that is likely to use the rather good 276bhp, 2-litre turbocharged four-cylinder that is currently available in the Superb.

The T-Cross will be VW’s budget crossover. It’s based around the Polo, stands taller and will cost more.