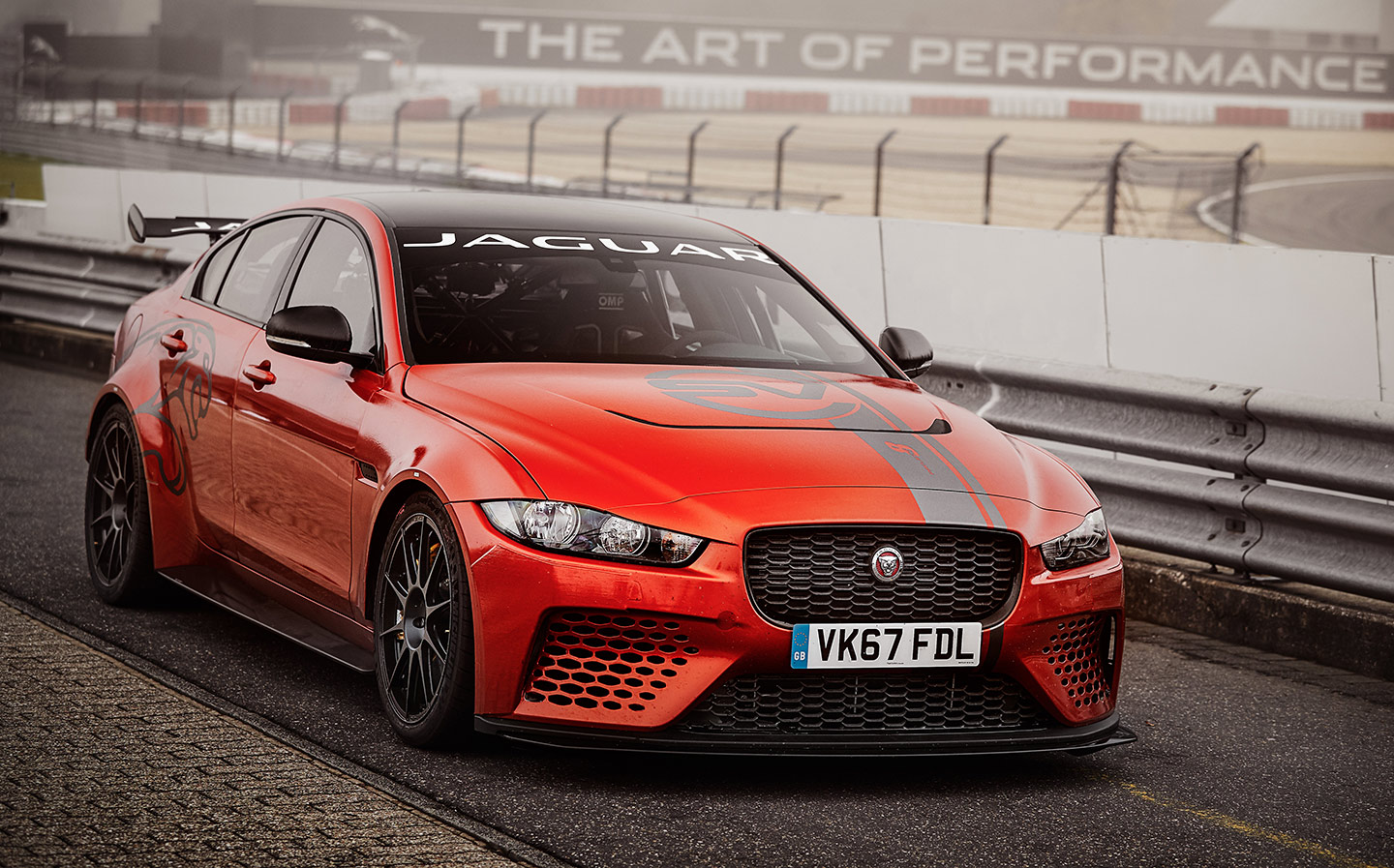 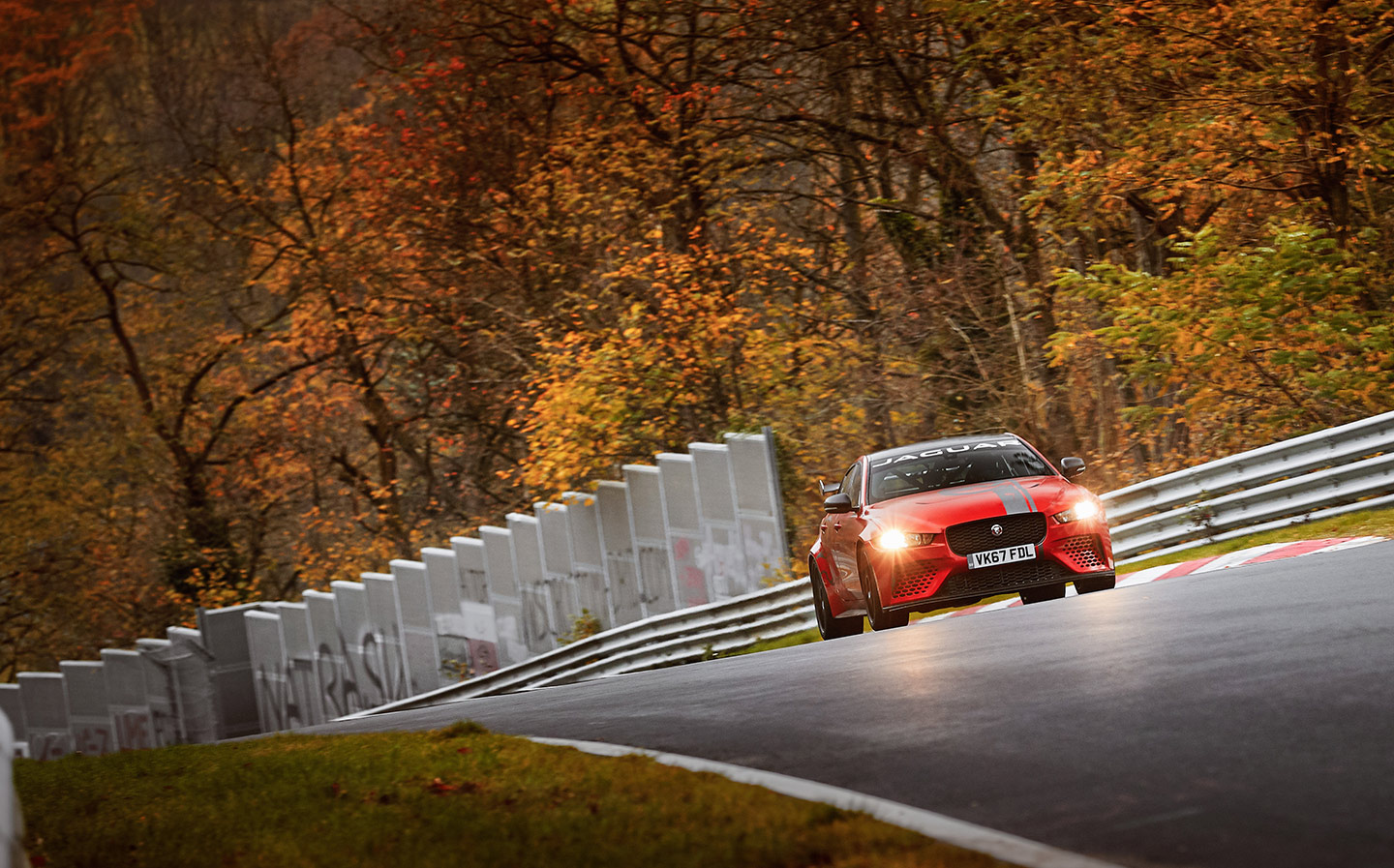 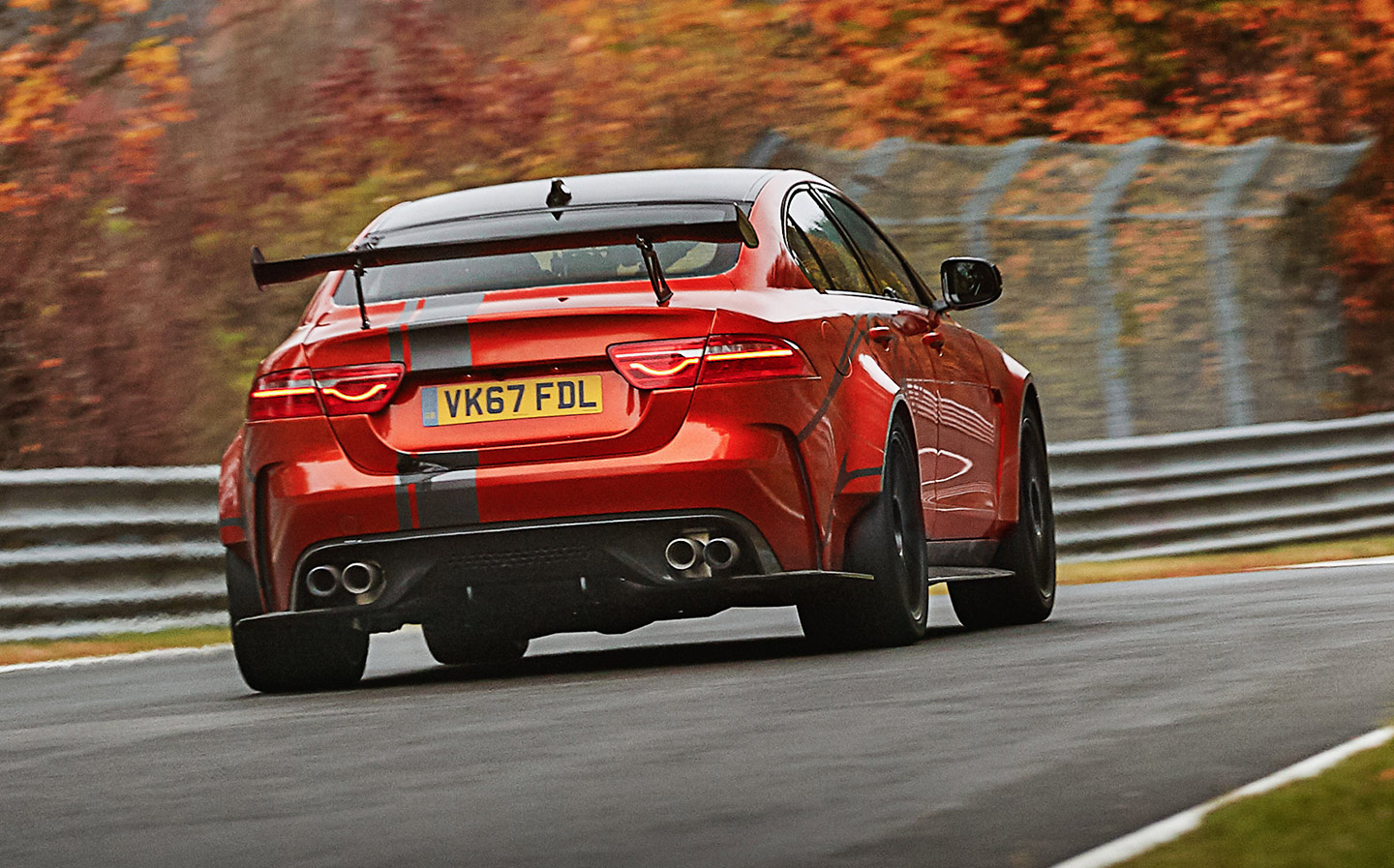 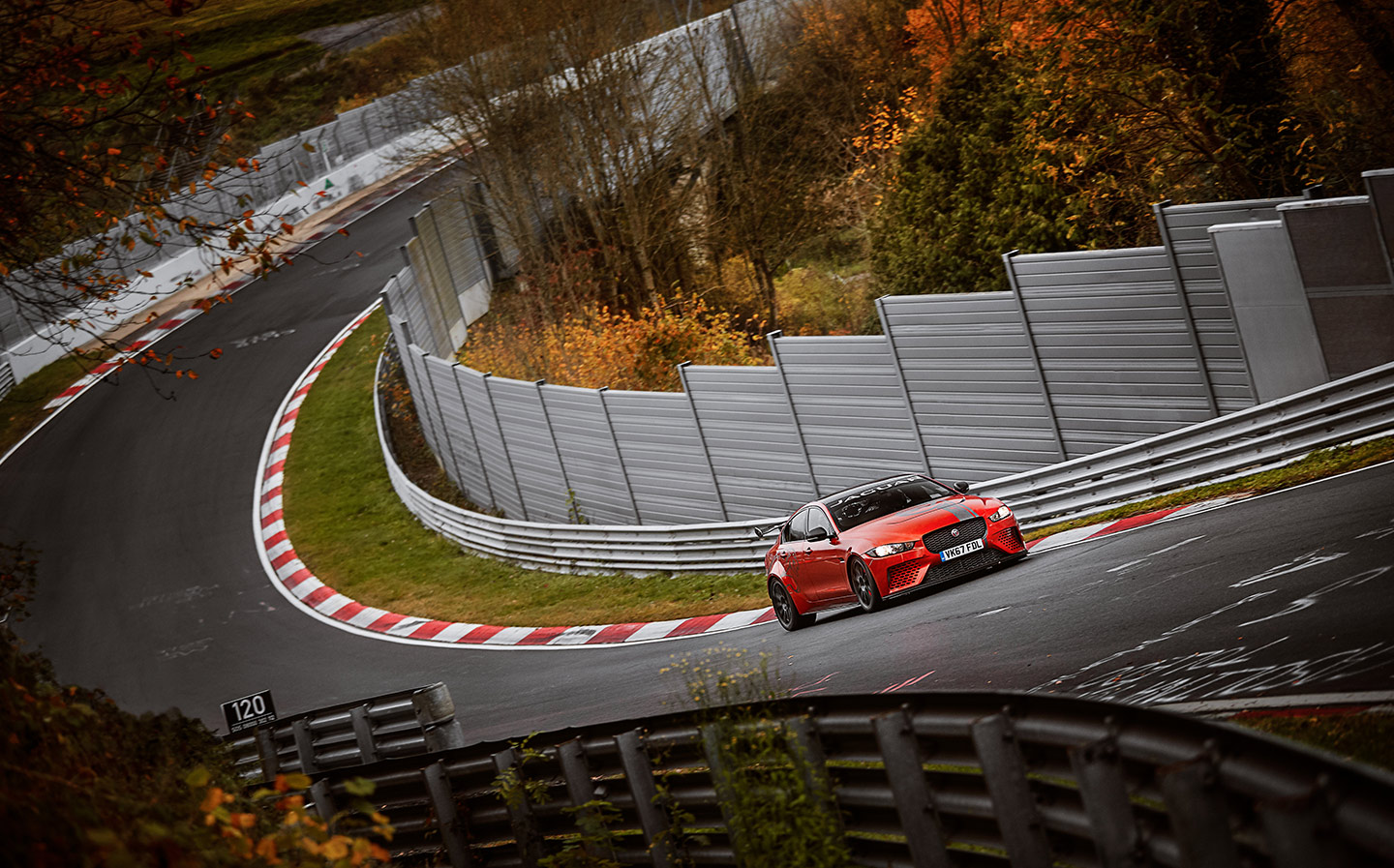 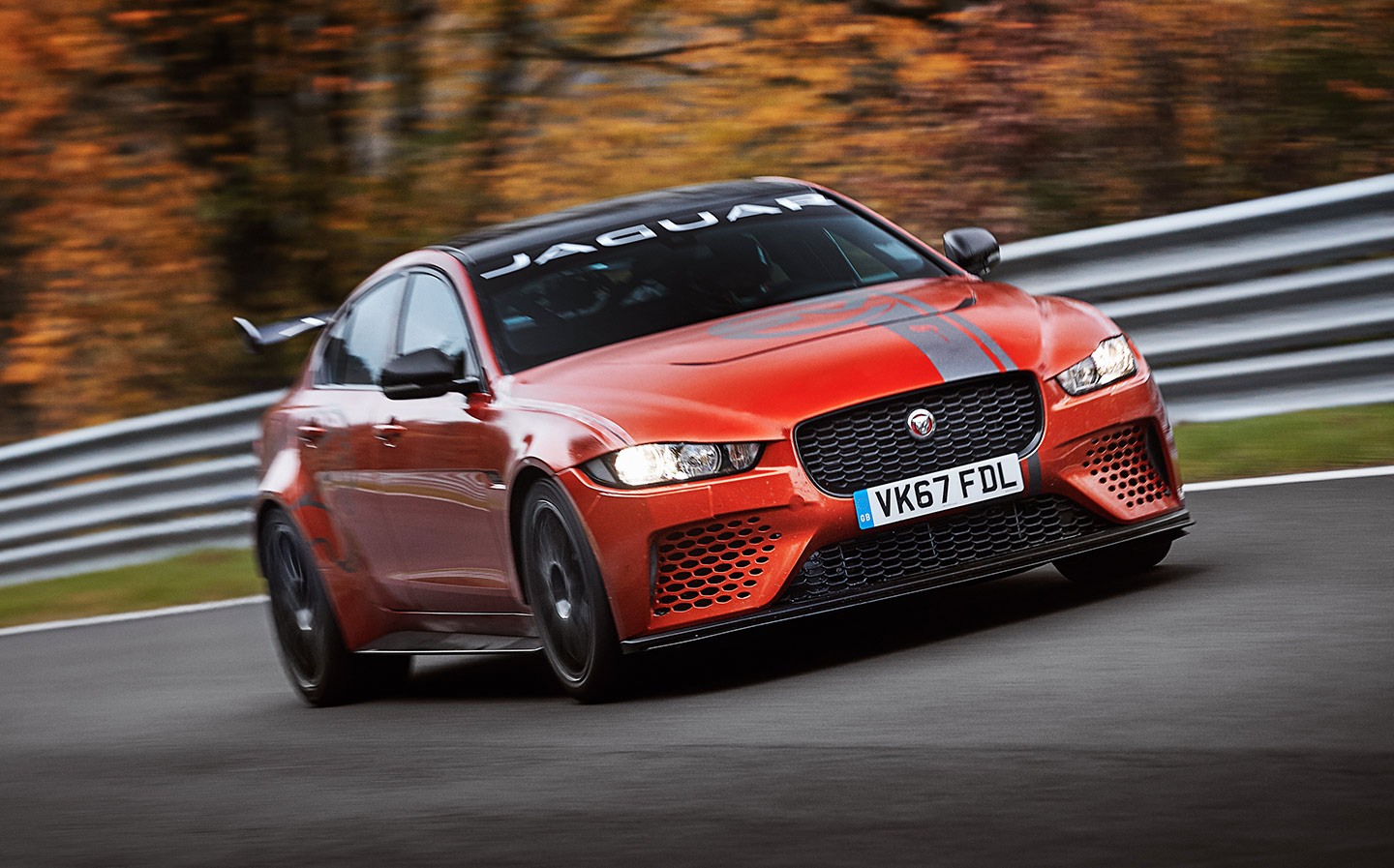 JAGUAR is claiming a new world record for a lap of the Nürburgring Nordschleife in a four-door saloon. The company says that a time of 7 minutes 21.23 seconds was set by a new, £150,000 version of its XE model, due to go on sale in May 2018.

Only 300 of the so-called XE SV Project 8s will be produced. Disappointingly for British customers they are expected to all be left-hand drive.

The sports saloon, made by the company’s Special Vehicle Operations division, is the most powerful road legal Jaguar ever, the company said, with a 5-litre, supercharged V8 engine, delivering 592bhp.

XE SV Project 8 has a claimed top speed of 200mph and can reach 60mph from standstill in 3.3sec. The previous fastest four-door lap of the 13-mile Nordschleife was 7min 32secs, set by the Alfa Romeo Giulia Quadrifoglio.

Announcing the record on the eve of the Los Angeles motor show, John Edwards, Jaguar’s Special Operations manager, said that his team had succeeded in “extracting supercar-beating performance from Jaguar’s most compact four-door saloon.”

The new XE, first shown at this year’s Goodwood Festival of Speed, will have all-wheel drive but “the handling is rear-drive biased, like a two-door supercar,” he said.

Two versions will be produced, a road-focused four-seater and a track-tuned two-seater. Both have a distinctive-looking adjustable rear spoiler and make extensive use of aluminium and carbon fibre to save weight.

Nick Rufford is in Los Angeles