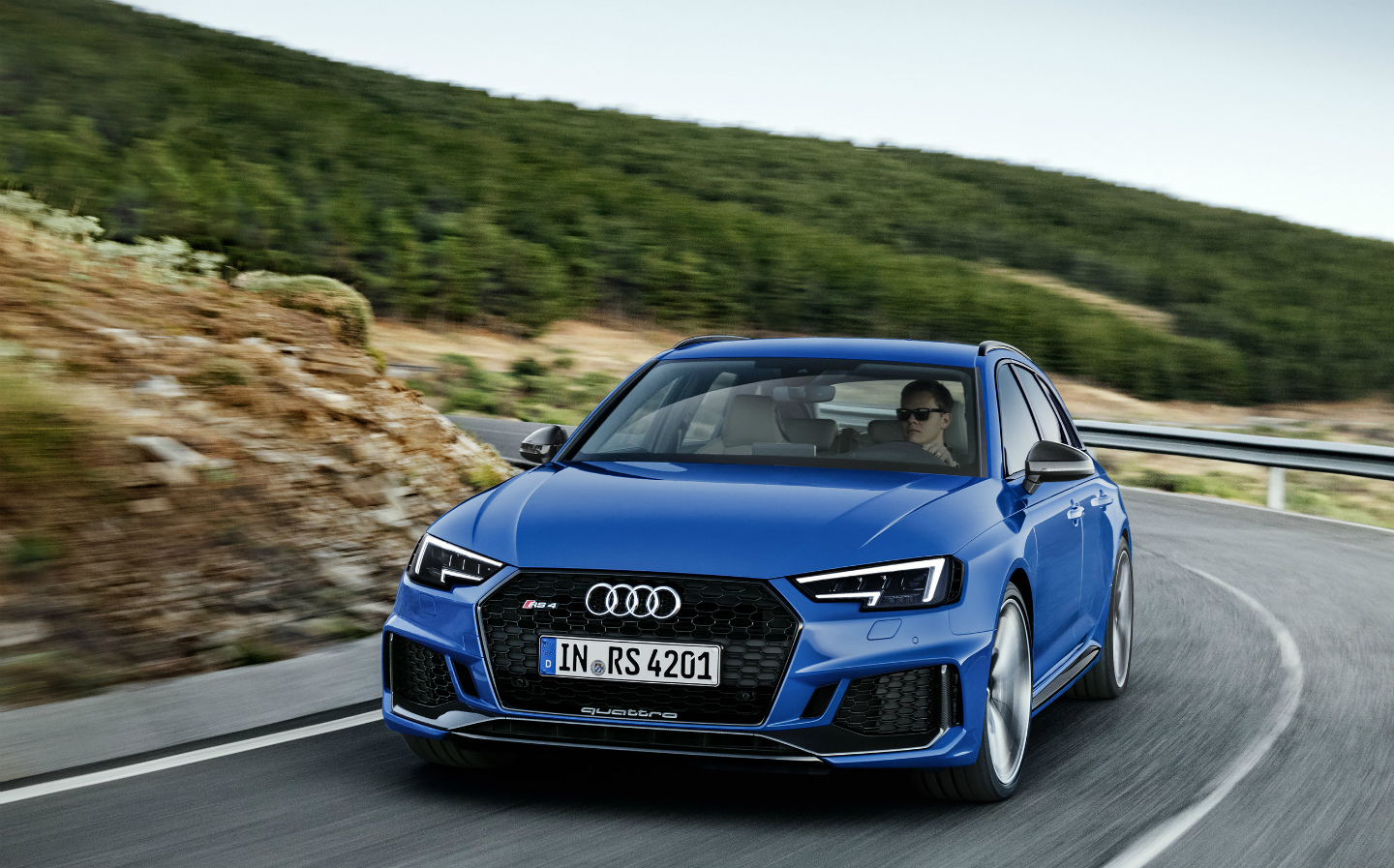 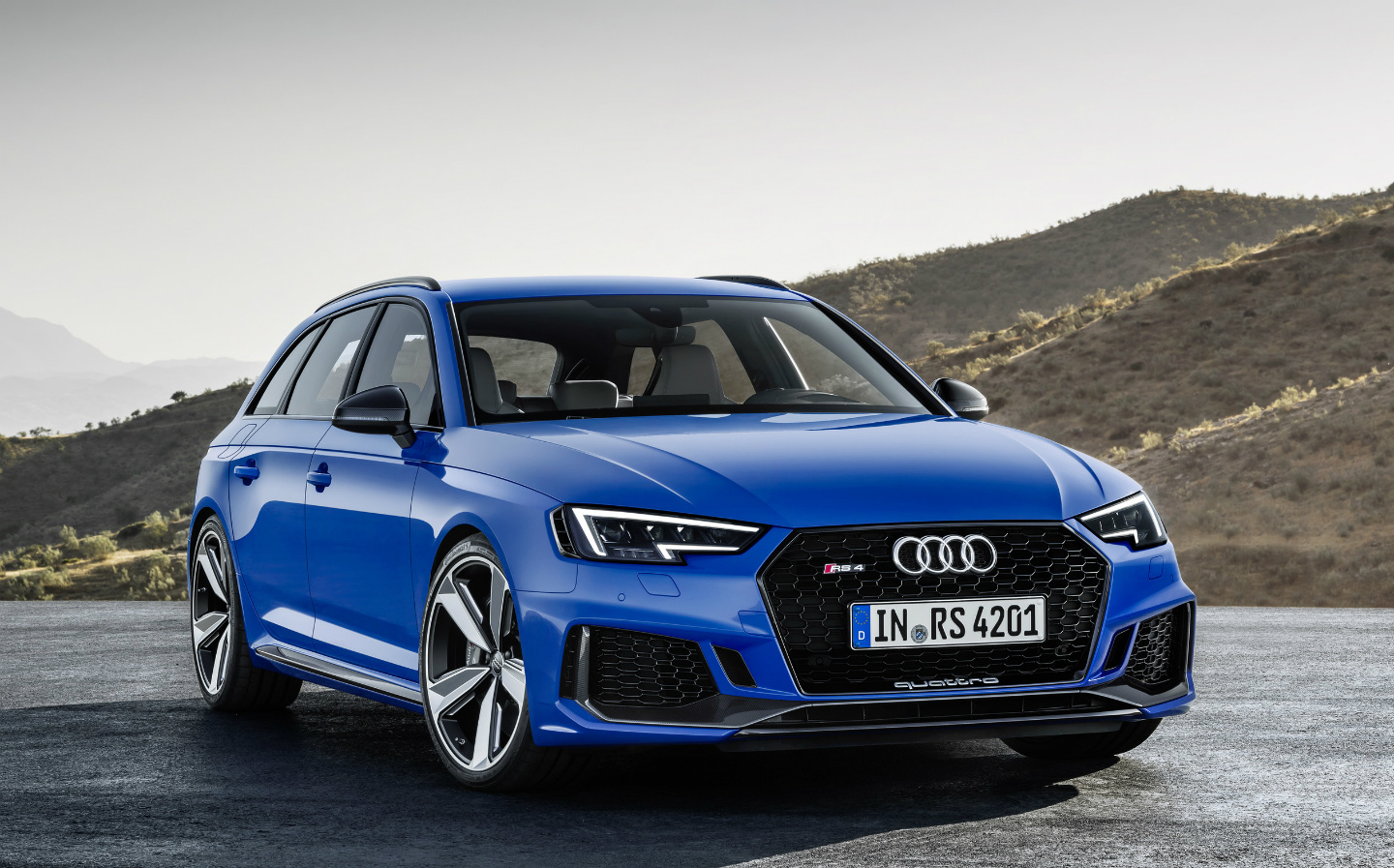 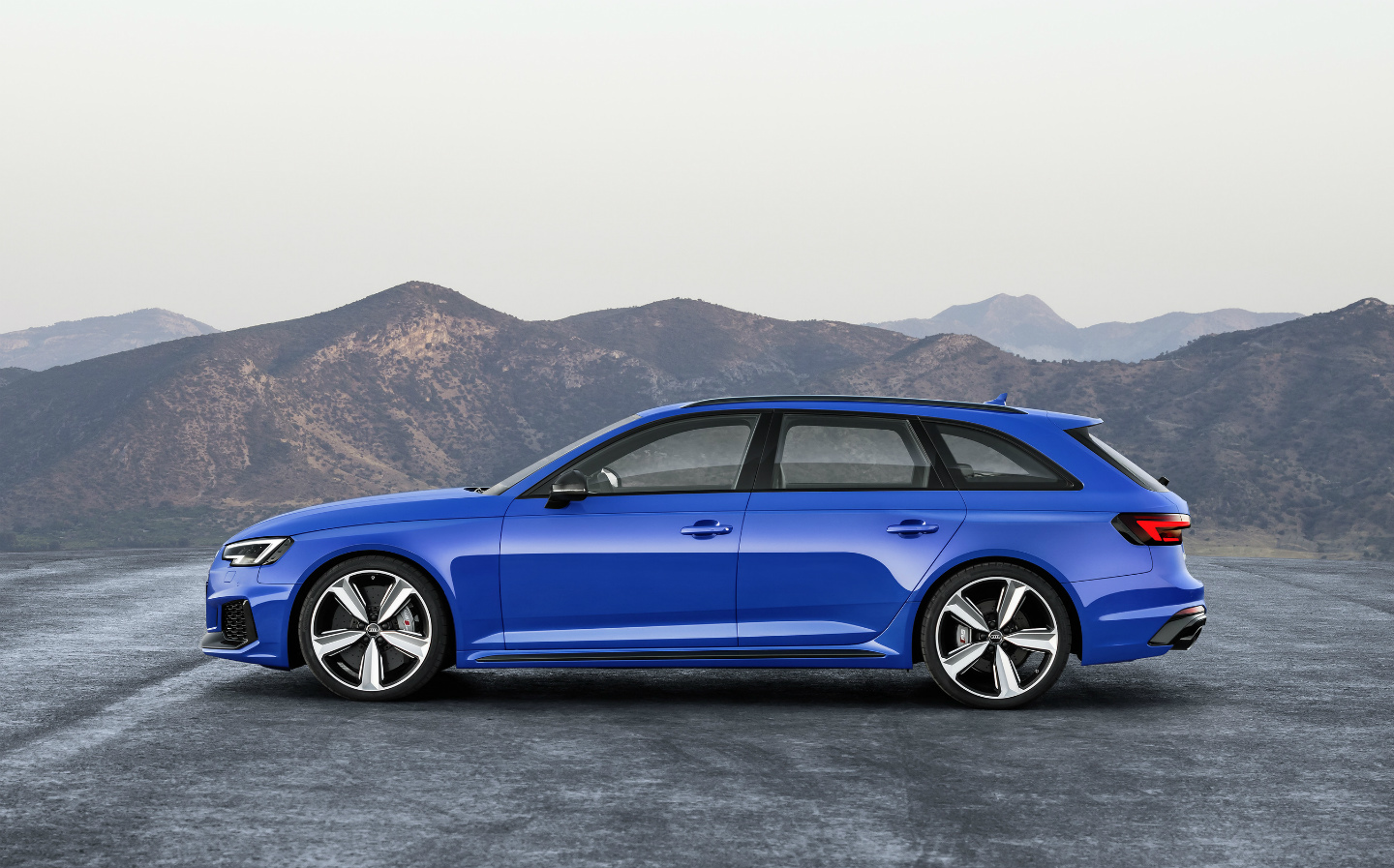 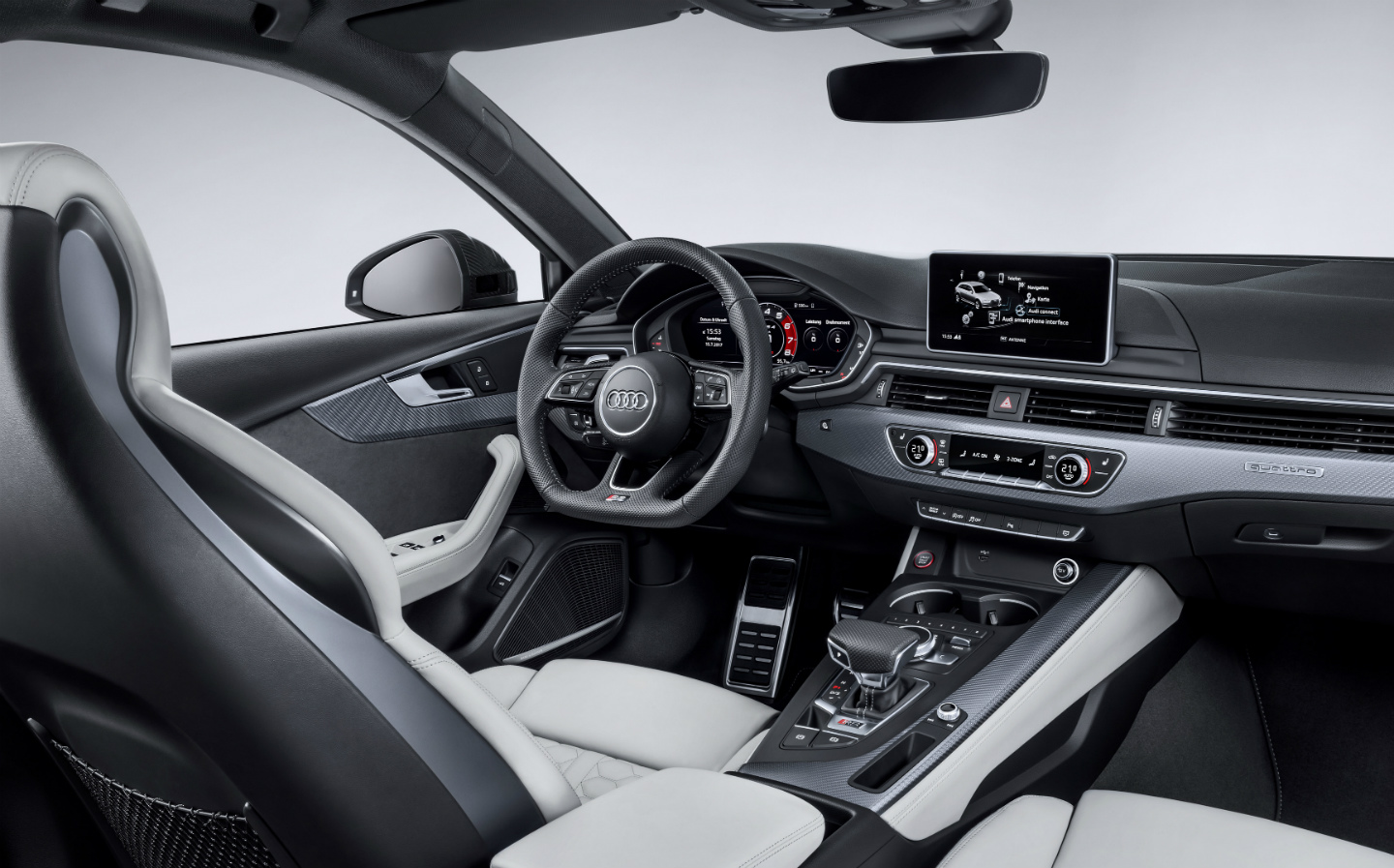 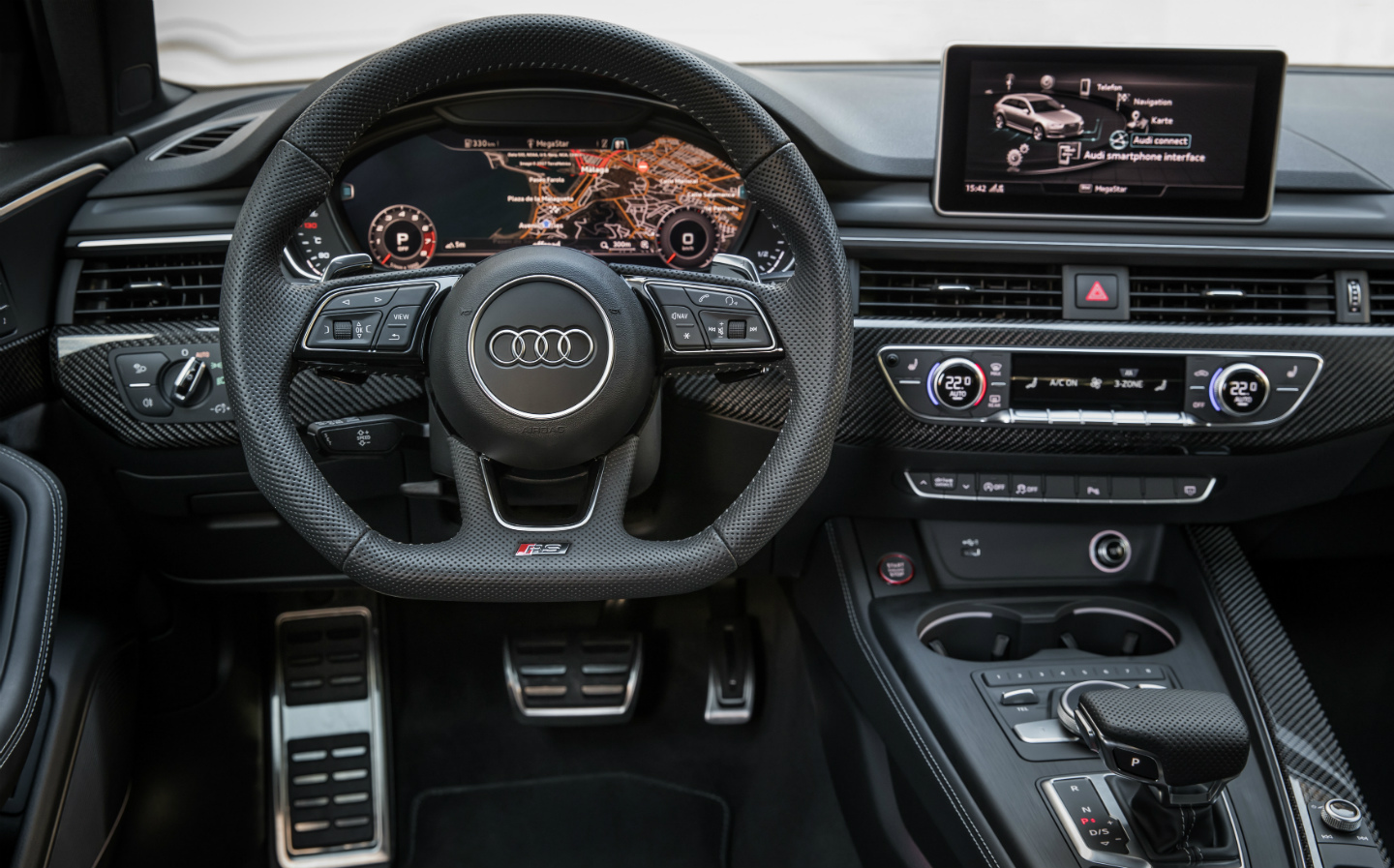 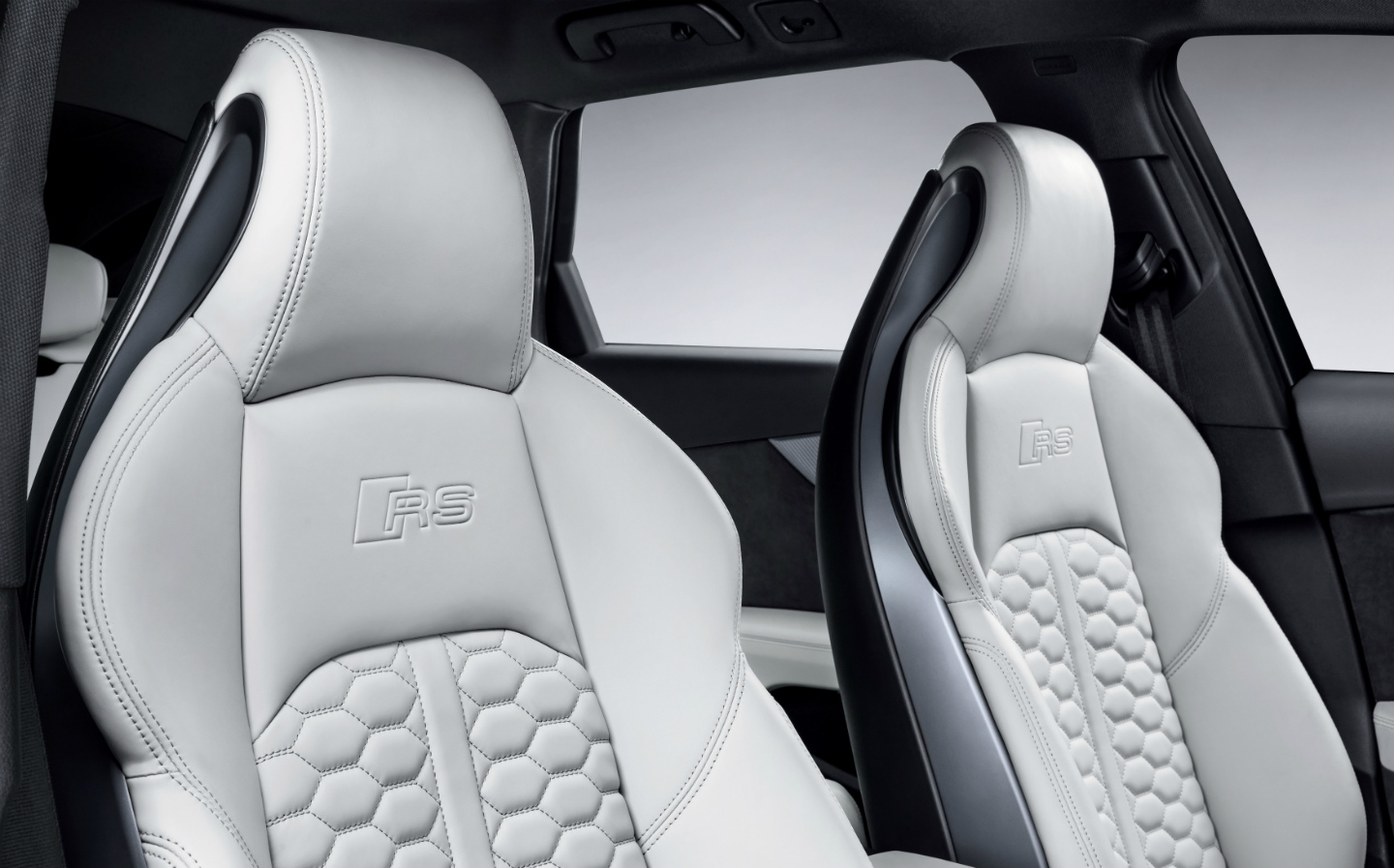 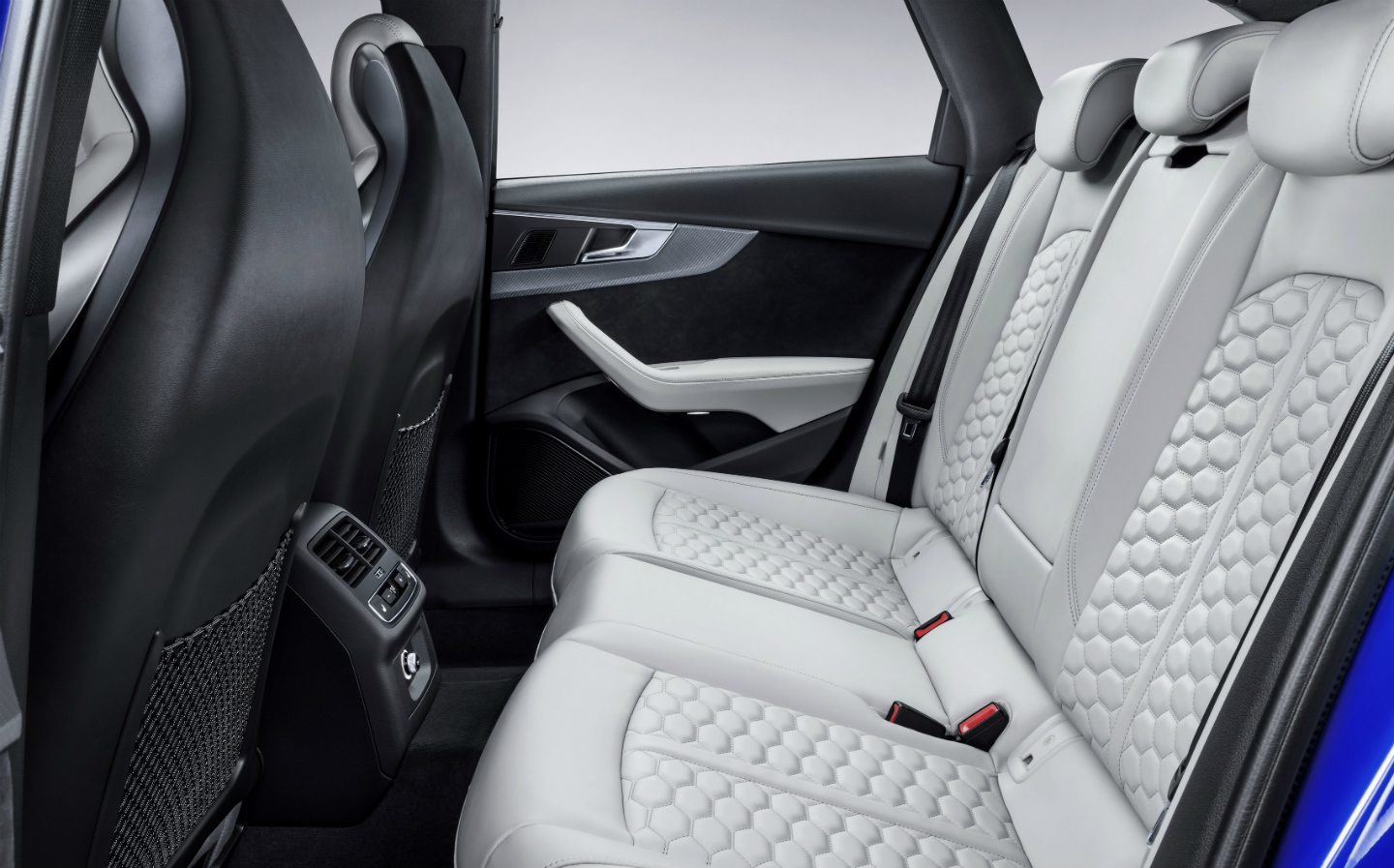 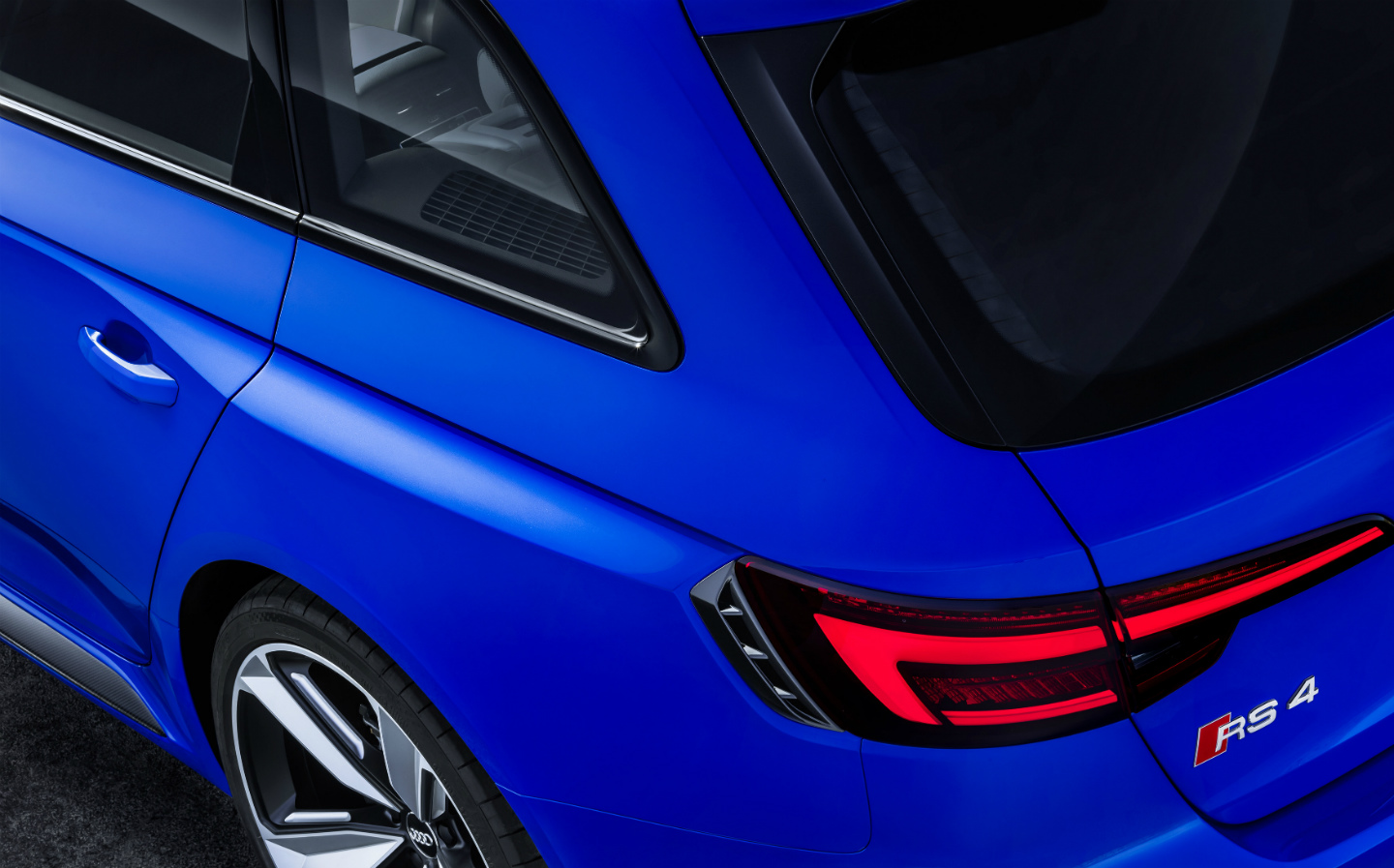 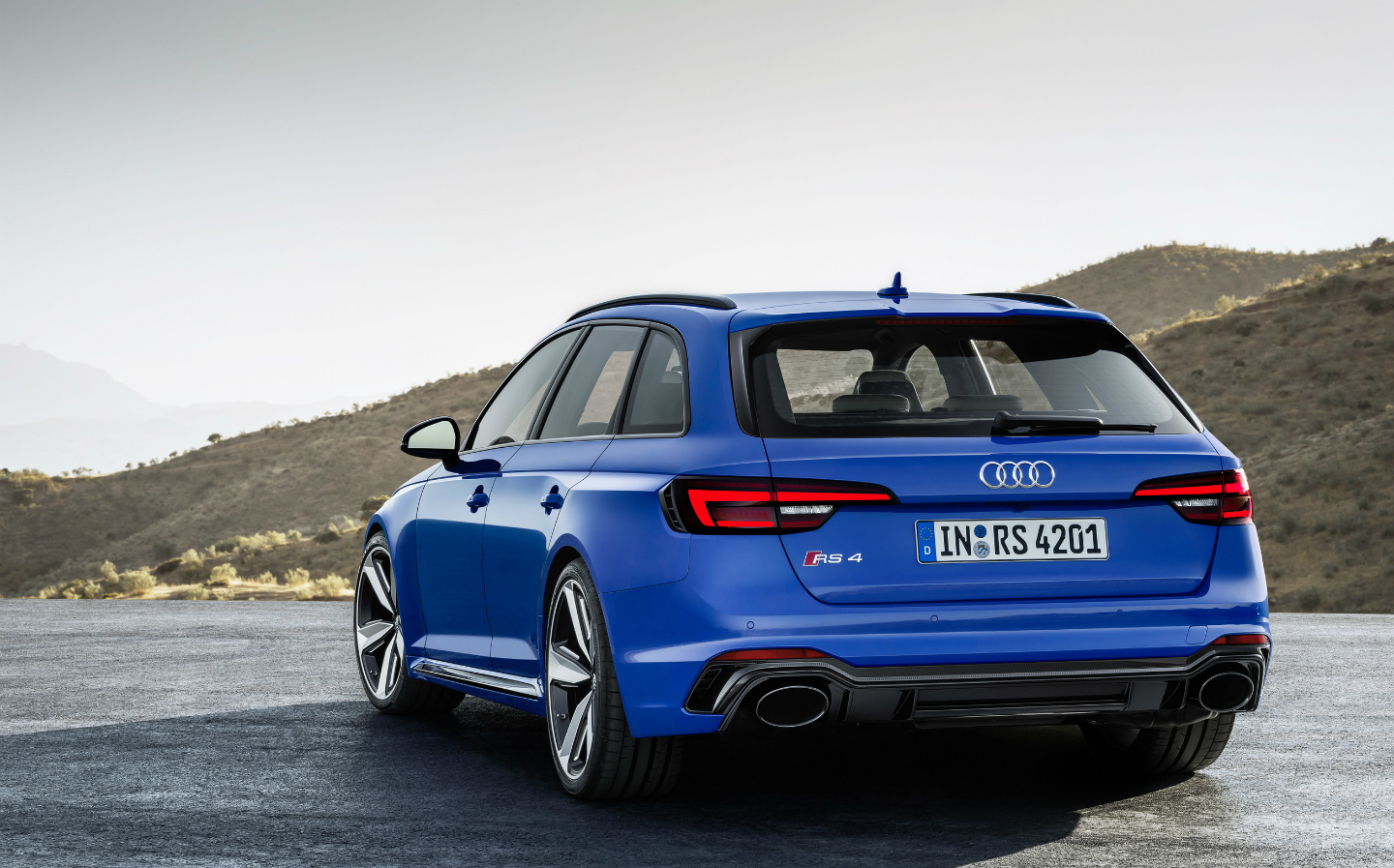 PICTURE AN estate agent mid mid-life crisis. We shall call him Giles, for that is his name. He used to commute to London by Porsche 911, because the train would be an invasion of his personal space, but when a third child joined the family fold, the 911 C4S was traded in for a sensible estate car.

Look closely at the estate, though. There are wide wheel arches, large wheels and brakes, lowered suspension and exhaust pipes the size of a loud-hailer.

Giles may have surrendered the sleek Porsche in favour of five seats and a boot fit for a Labrador, but the outgoing Audi RS4 estate isn’t your average load lugger; it can see off a sports car from the traffic lights and hang on to its back bumper along a winding road.

The RS4 arrived in 2000 with a biturbo, 2.7-litre V6 producing 370bhp. In 2005, Audi’s engineers switched to a naturally-aspirated 4.2-litre V8, with 414bhp, and by 2012, that was upped to 444bhp. It also had quattro four-wheel drive, taut suspension and a ripped body, making it as close as it gets to the perfect compromise for drivers wanting a sports car that can cope with the day to day chores of the school run, office commute and weekends away.

But the new version returns to the V6, biturbo arrangement. Audi says it’s a necessary move to meet emissions and fuel economy targets, targets that are steering even performance cars down a more acceptable road.

Some fans of fast Audis may views this as the end of an era. The V8 was one of the last naturally aspirated motors of its kind used in a performance car. And the cry as it charged to the rev limit was thrilling enough to bring a driver out in goosebumps. Only the Lexus GS F saloon, reviewed here by Jeremy Clarkson, soldiers on valiantly with such a formula.

But what will Giles think?

The first bit of good news is that the V6 motor’s power remains the same as the last model’s but there’s a lot more muscle throughout the engine’s rev range — 40% more, in fact — with a peak torque figure of 443 lb ft from 1,900rpm through to 5,000rpm. What do the numbers mean? That no matter what the gear selected, the new engine sets the RS4 surging forward like a cheetah pouncing on its prey.

In traffic, gaps are yours for the taking. On mountain passes, the feeling of powering out of tight turns as the tyres dig into the road is addictive.

That’s not to say anyone trading in the outgoing model won’t miss the V8. They will. The buzz of running it up to the red line, pulling the paddle shift and hearing it do its thing all over again was up there with the finest soundtracks from Ferrari or Lamborghini.

Bey comparison, the V6 is muted. From cold, and around town, it’s almost silent when driving in comfort and auto modes. Switch to dynamic and what noise there is feels synthetic, a series of rumbles and rasps coming from somewhere deep down in the exhaust system.

You wouldn’t hesitate to do the daily commute in this car; a Porsche would be considerably more wearing

However, in some ways, this makes the new RS4 more relevant than ever before. Giles, our estate agent friend, will find it can be almost as calm and comfortable as a normal Audi A4 Avant. You wouldn’t hesitate to do the daily commute in this car; a Porsche would be considerably more wearing. And fuel economy rises to 32mpg, while CO2 emissions fall to 199g/km. (The first year road tax will still make you wince, though.)

It’s quiet at all speeds, the steering is surprisingly light and the suspension — with optional Dynamic Ride Control (DRC) — is remarkably smooth. Whether it will prove as supple on British roads riddled with potholes remains to be seen.

Despite the relative comfort and refinement in Normal mode, the new RS4 can still charge from 0 to 62mph in just 4.1 seconds, which isn’t slow in anyone’s books.

Adjust the Drive Select system to the Dynamic setting and the RS4 is able to better demonstrate the new box of tricks that have gone into making this the most accomplished RS4 chassis to date.

The suspension compensates for body roll and pitch and dive, the brakes bite hard, the car dives eagerly into bends and the four-wheel drive system, Sport differential and oh-so-subtle braking of the inside wheels means the RS4 holds its line no matter how much you push it.

Sometimes, technology such as this can get in the way of having a great time behind the wheel. But on mountain roads north of Malaga, its sheer mechanical grip and harmony between the front and rear tyres prove an eye-popping revelation. If Giles is running late for the children’s school nativity play, there surely can be no quicker way of getting there than this.

There is a caveat, however. The first car driven featured Hankook Ventus Evo 1 tyres and the standard steering system. The second car came with ‘dynamic steering’ and Continental Sport Contact 6 tyres. The latter was markedly better.

There are plenty of other reasons for owning a car like this, besides its ability to pull enough G to rearrange your internal organs.

Take the interior. It seats four adults in comfort, five people if someone doesn’t mind straddling the transmission tunnel. The boot – now 505 litres – is just about big enough for everything family life can throw at it. And if it isn’t, you can attach a roof rack and carry box to the RS4 Avant’s standard roof rails.

Naturally, the build quality feels first rate, the sports seats are both comfortable (and offer a massage function) and grippy, and the driving position is superb. And there’s fun to be had in changing the “virtual cockpit” so that a large rev counter dominates the view and changes colours, from green to orange to red, as the needle flicks toward the rev limit.

There is no shortage of technology, too. Like high-speed Internet connectivity, included in the price, for three years. Or an optional Matrix LED headlight system that dips the full beam around on-coming cars and switches the beam pattern when abroad to suit driving on the right-hand side. It means an end to fiddling with sticky bits of plastic and inadvertently pointing your car’s lights into a Frenchman’s eyes.

Audi also talks up the car’s residual values, compared to its competitor. But the truth is all cars like this can lose their owner more money than a stock market crash. CAP, the car valuation experts, say it will be worth 45% of its original a £61,625 price, after three years and 60,000 miles.

A Mercedes-AMG C63 estate might prove more fun in the right conditions. But those conditions would have to include a race track and licence to burn rubber. On British roads, the Audi would likely send its rival packing. The RS4 reasserts itself as the ultimate jack-of-all trades performance car.