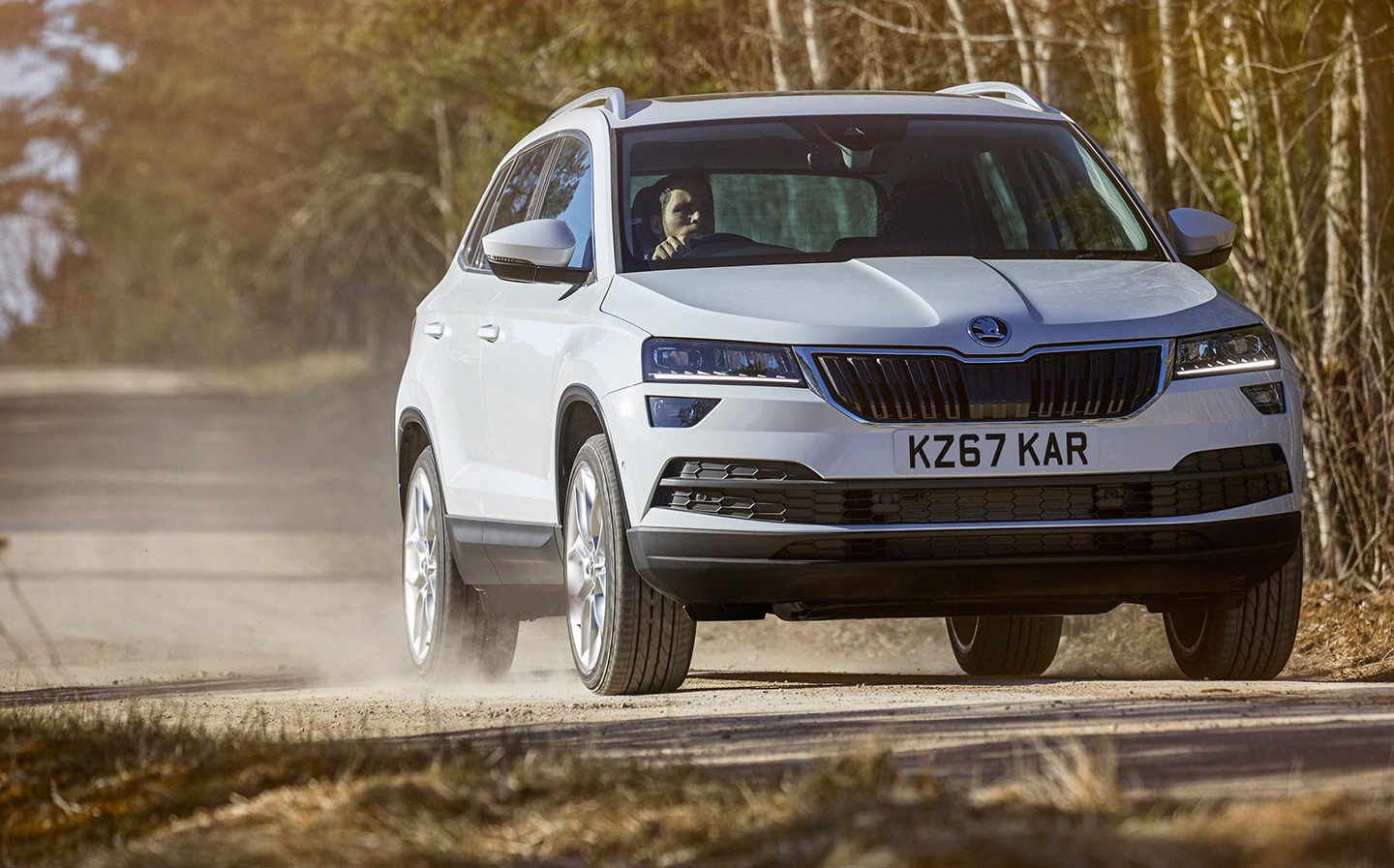 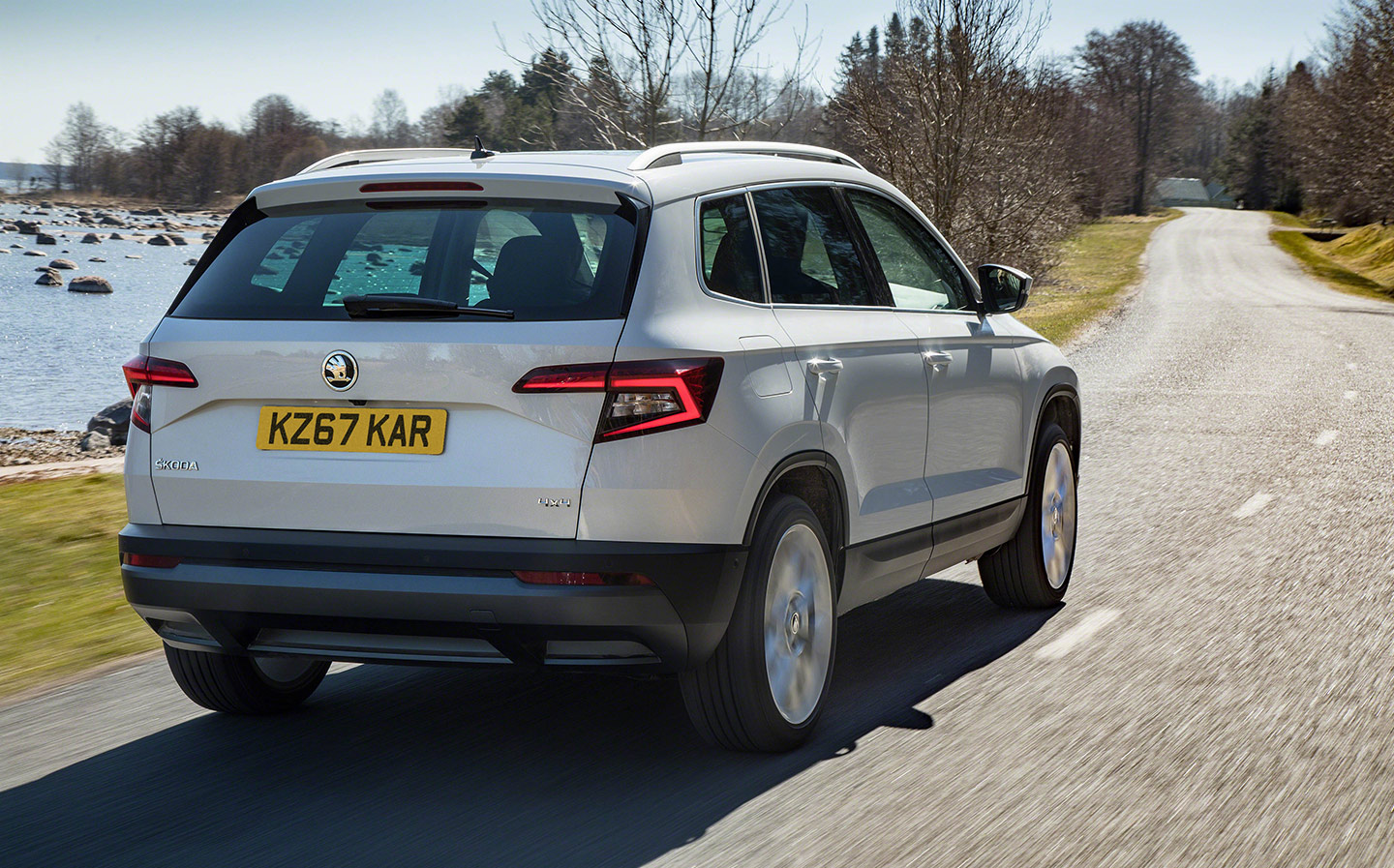 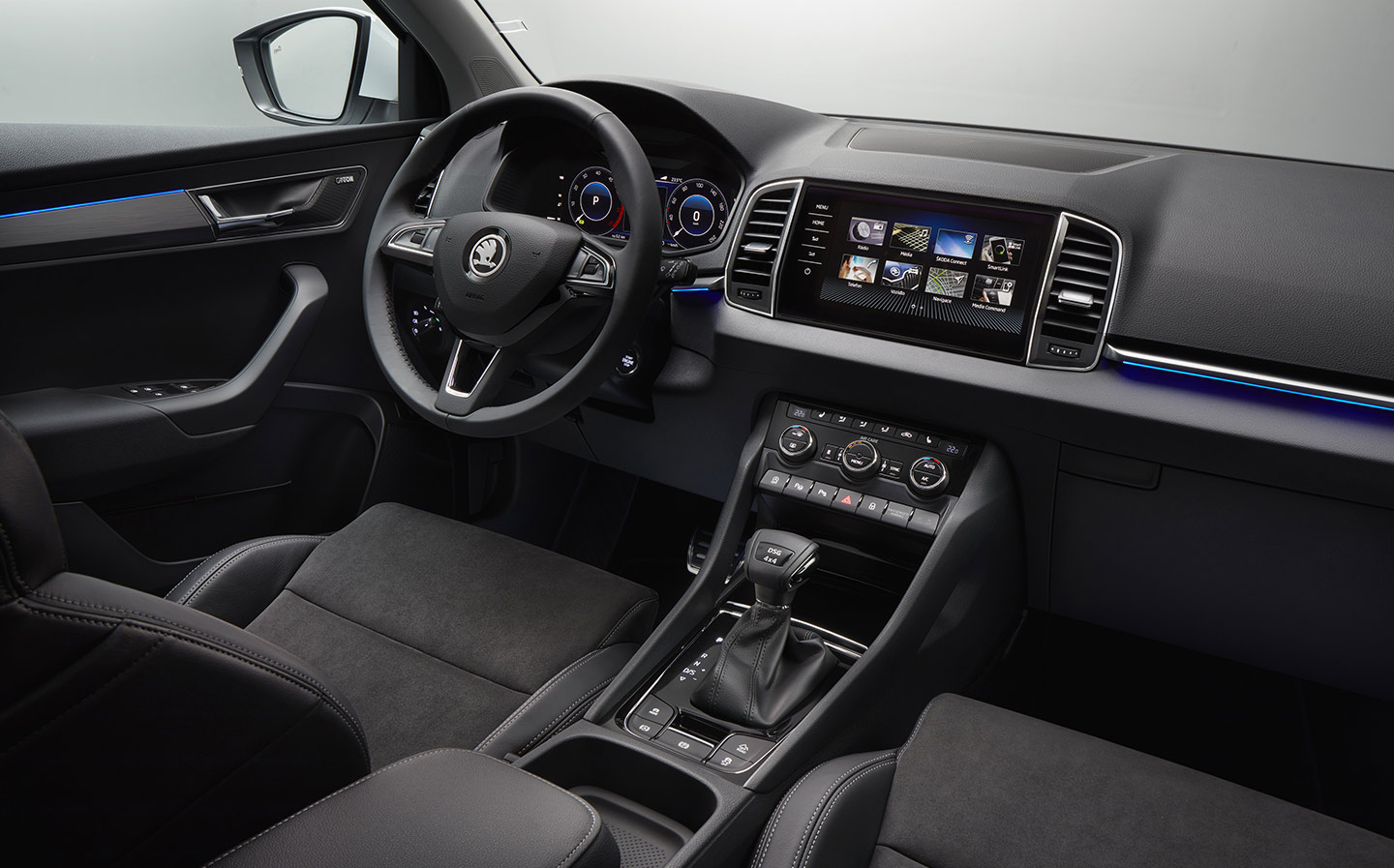 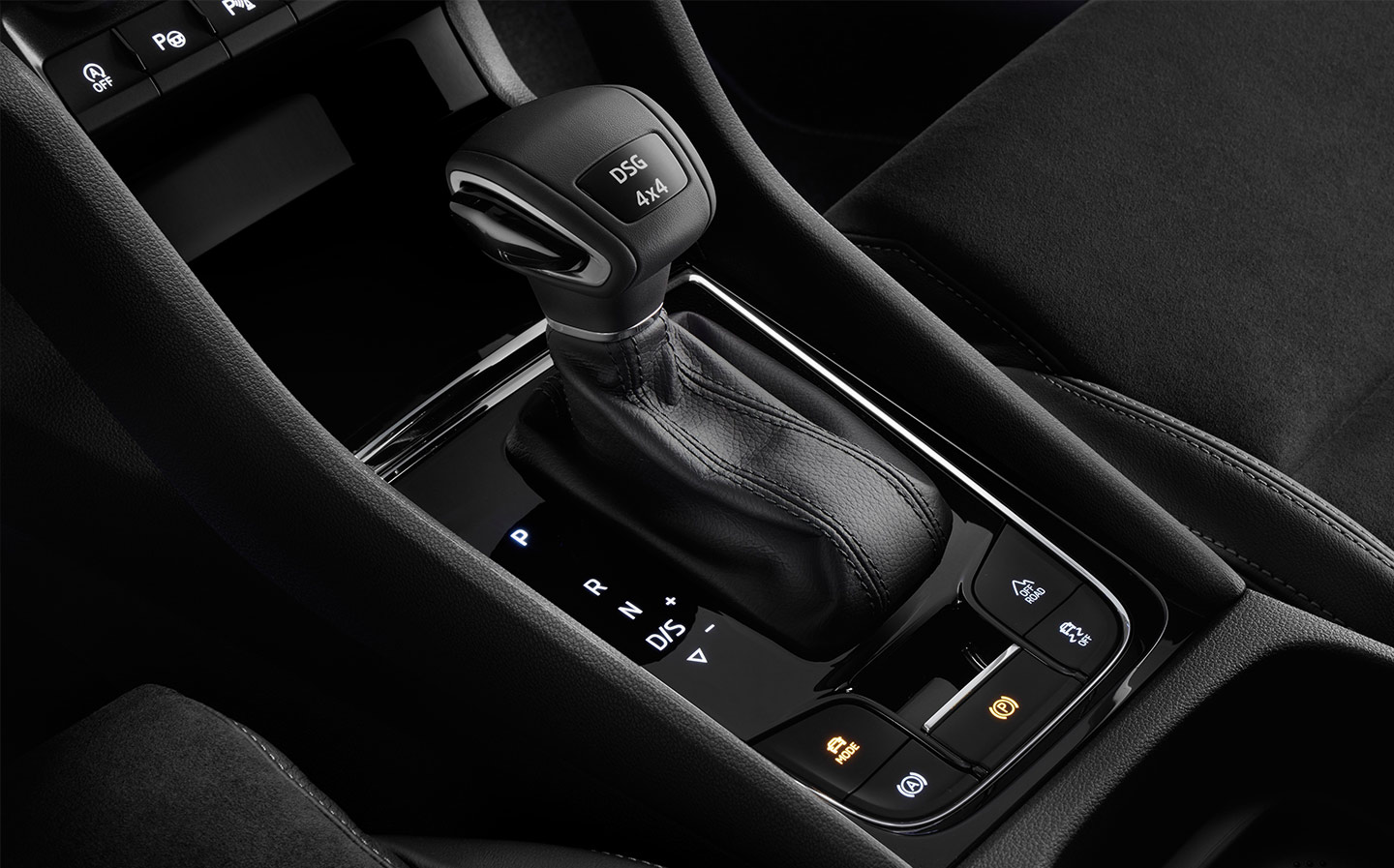 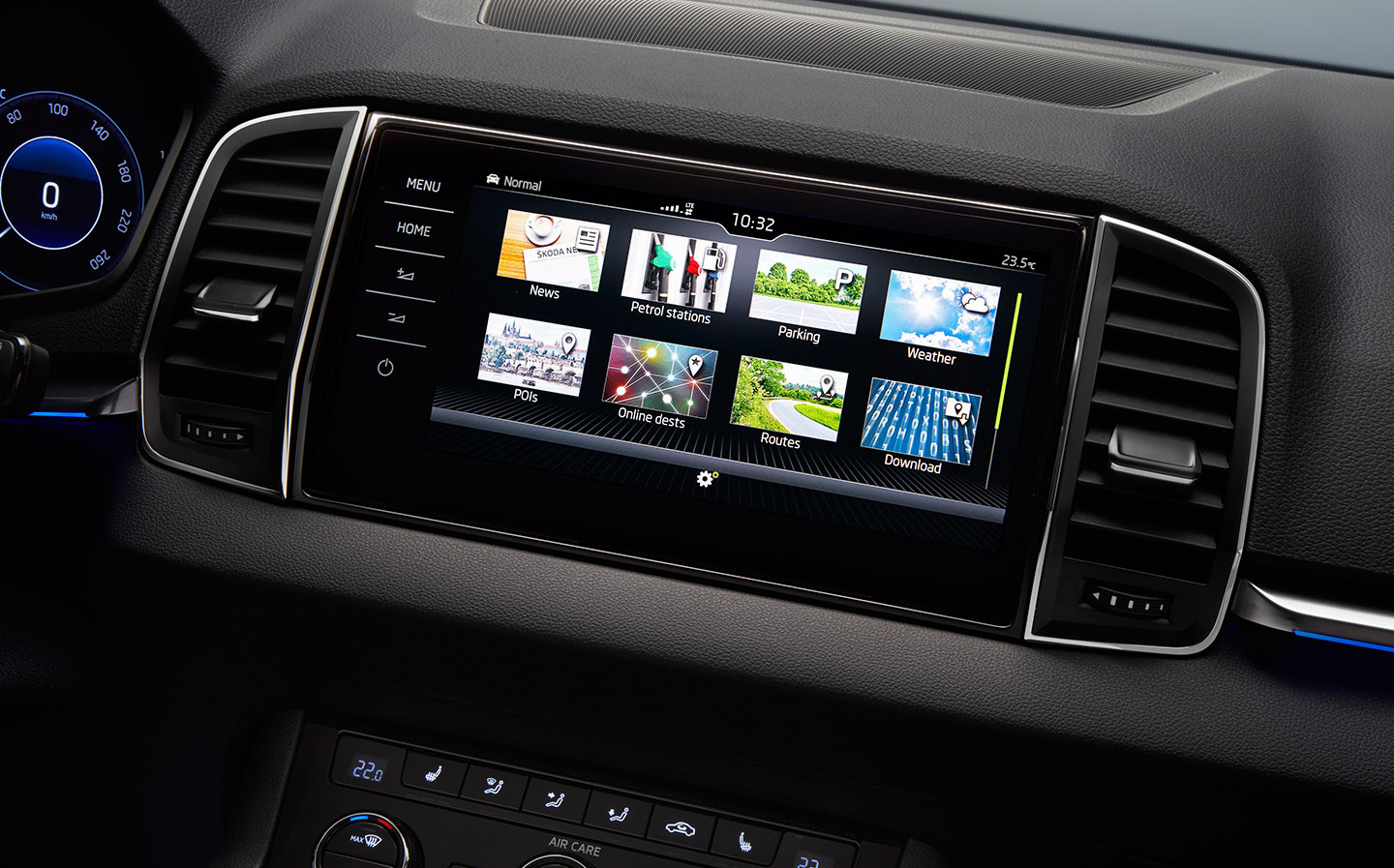 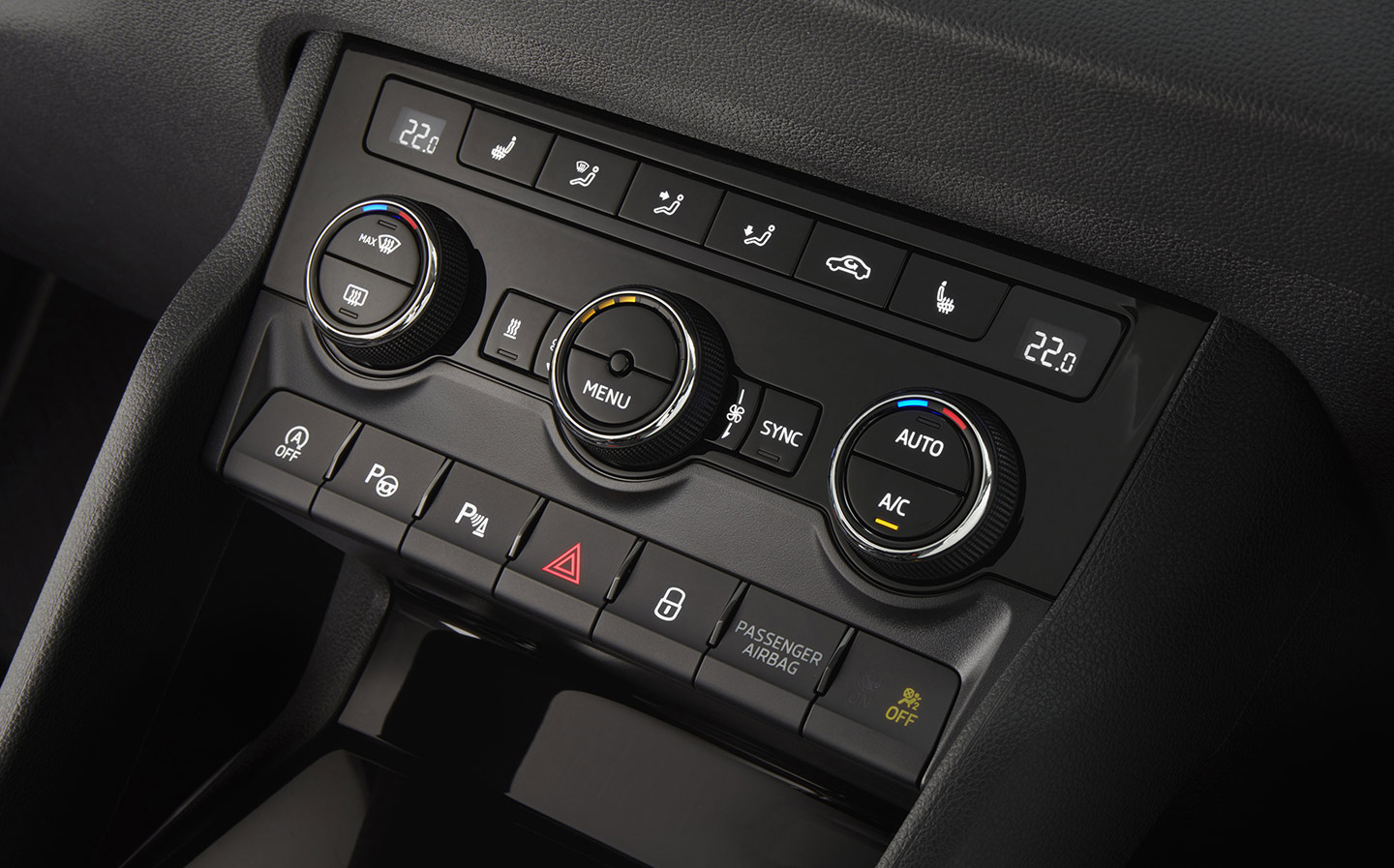 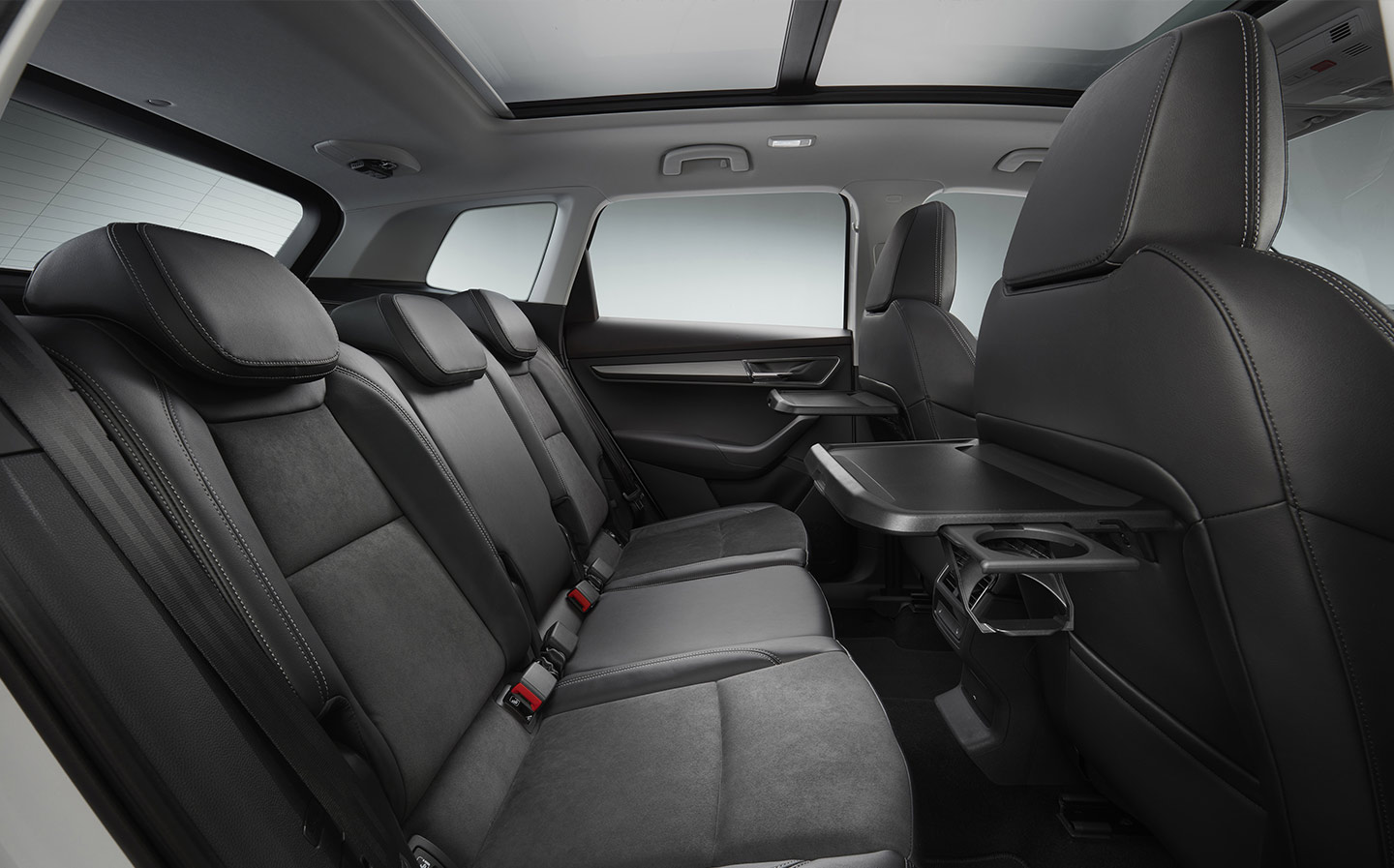 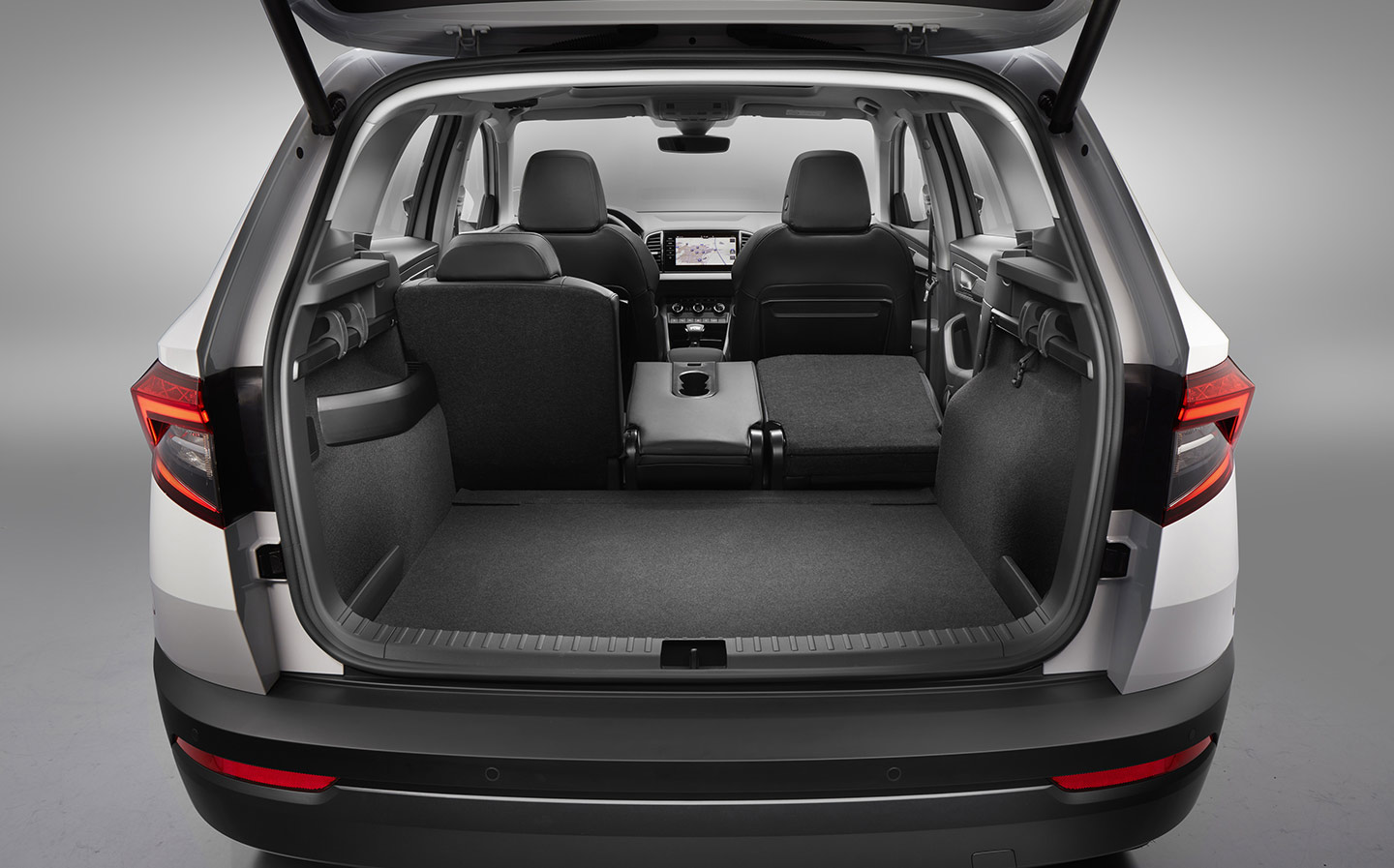 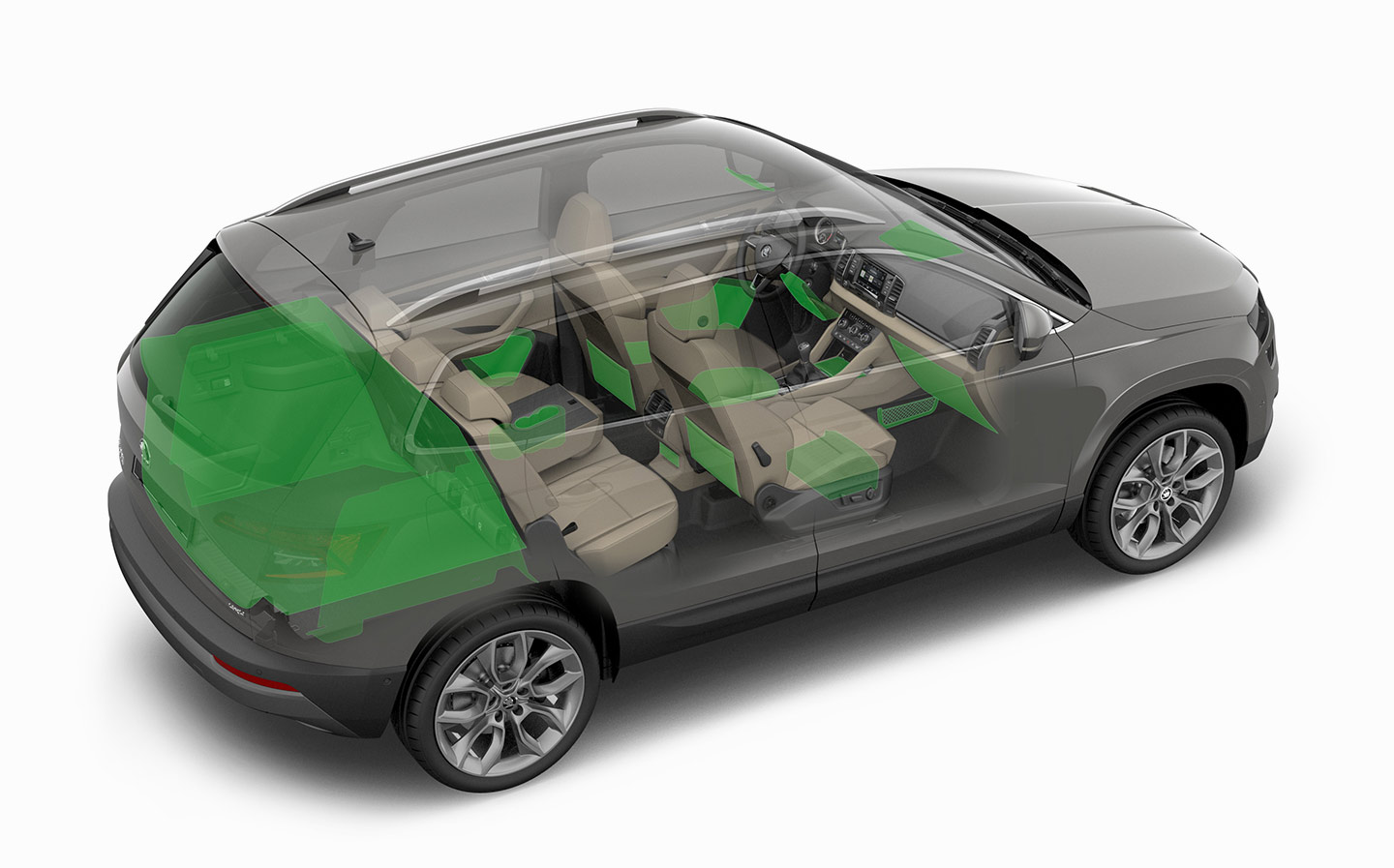 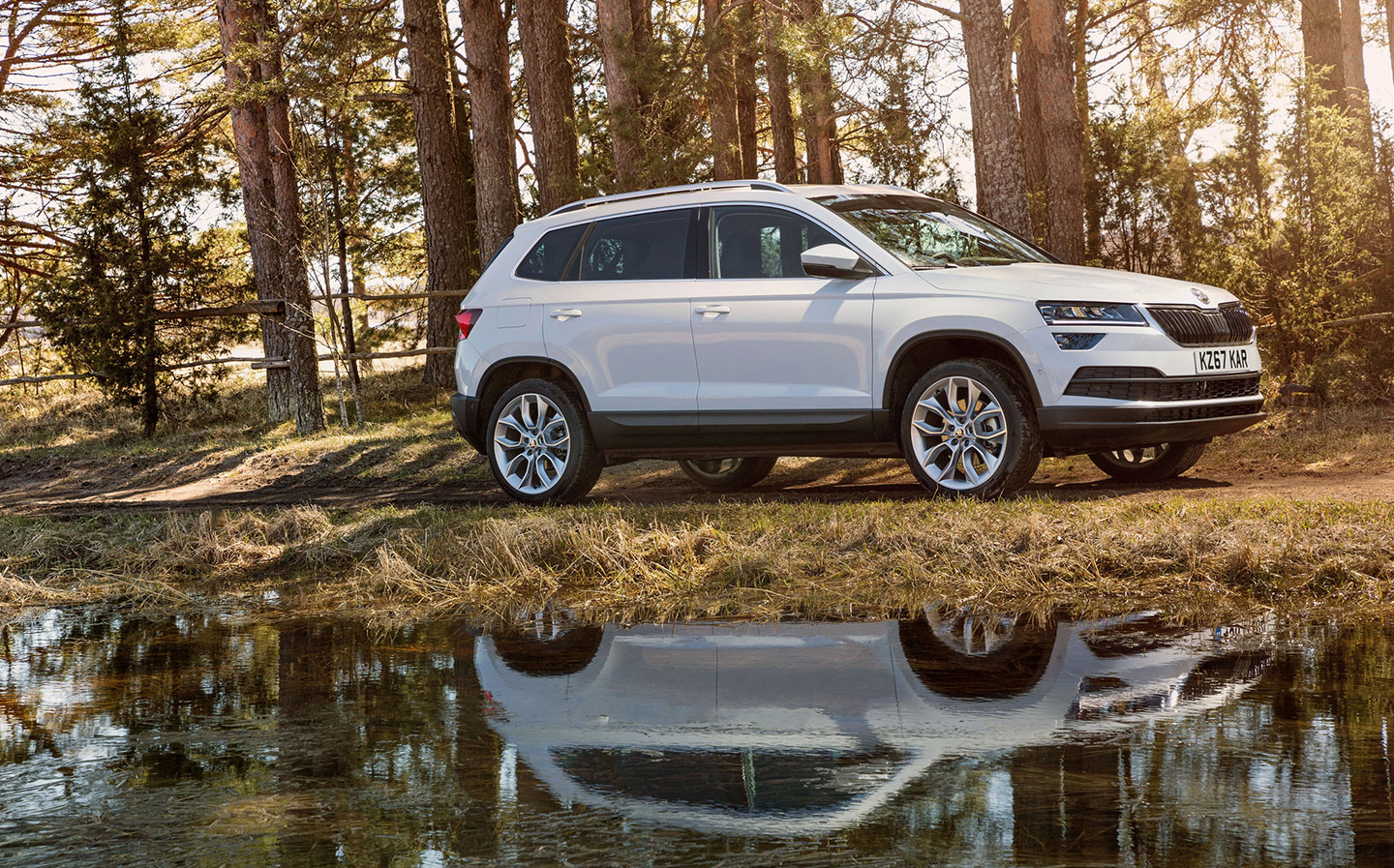 By Will Dron
Share Article
Better than a Yeti in every way but character
At a glance
Pros
Smart looks, inside and out
Clever use of space
Low CO2 petrol engine
Cons
Harsh ride with largest rims
Rear tray tables
Doesn't stand out from the crowd
Specifications
Cars > Skoda > Karoq

INCREASINGLY, the world around us is designed not by committee, but by data. If you ever wondered why we have so many superhero movies these days, it’s because studio execs have noticed more people flock to the cinema to watch Superman vs Robocop than they do Driving Miss Dreary, and consume 22.7% more popcorn.

And websites, including this one, are constantly being analysed for user behaviour to see what is being read, who’s reading it and for how long. Then someone from management comes along and says, “That got a lot of clicks. Do more of that.” These articles might be thoughtful pieces, carefully crafted and investigated, but more likely they involve lists of supercars and celebrities.

Some organisations are better at resisting these management decisions than others but if the world carries on in this fashion, we’ll end up with every film featuring Dwayne Johnson fighting intergalactic gods and every website publishing a series of brainless listicals. And in this dystopian vision, every car will be an SUV.

Step forward the Skoda Karoq. It replaces the Yeti, a rugged, practical and well-built crossover SUV much loved by critics that has had decent sales – 13,689 in 2016 is not to be sniffed at. But it also divided buyers with its unapologetically boxy looks and quirky name. The Yeti’s more conventional Nissan Qashqai rival still sells like hotcakes – more than 60,000 registrations put it fourth overall between January and November 2017 – and this mid-size crossover segment has grown 11% year-on-year, against an overall decline in car sales of 5%.

Skoda clearly felt it could be doing better. It wanted to introduce a model that appealed more to women and younger buyers, and all the data pointed to something more sensible than the Yeti. Then Skoda looked across at fellow Volkswagen-owned Seat and noticed it was starting to sell a rebadged version of the Tiguan – the Ateca – and thought they’d have a piece of that action. The Karoq, then is Skoda’s “if you can’t beat ‘em, join ’em” moment, and marks the removal of another quirky model from Britain’s roads. RIP, Yeti.

Before we get too depressed, there is reason to be cheerful. The Karoq may look just like every other mid-sized crossover on sale, but it has to be said that it is rather handsome when compared to the Yeti.

Jeremy Clarkson isn’t a fan of these crossover cars, or “hatchbacks on stilts”, and awarded the Ateca, which, like the Tiguan and Karoq is based on the VW Golf, just two stars at the start of 2017. His argument is that crossovers cost more but offer no more interior space than a standard hatchback and their commanding view of the road will soon not be commanding at all, when everyone else is driving them. What’s more, because they are taller they have worse fuel economy compared with the standard hatch on which they’re based, and as they have more suspension travel, they’re softer and less stable through the corners.

Well, the Karoq might not handle like a Golf but we can report that it’s surprisingly resistant to body roll. In fact, if anything it’s a little too stiff for UK roads, which are littered with speed humps and potholes, meaning there’s a noticeable shock through the body as you hit them at 20mph. Our Edition-spec model came with 19in wheels, which means less forgiving tyres, so we’d probably plump for a specced-up version of the mid-range SE L trim instead, with its 18” rims.

The trade-off is the relatively keen handling, with the car responding adroitly to sharp changes of direction and a pleasant feel through a steering wheel tuned for ideal control at all speeds – nice and light in a car park but weighted up at speed.

“Note for car bosses: if an interior designer recommends fold-up tray tables, fire them for incompetence”

Under the bonnet of the test car was a new 148bhp 1.5-litre petrol engine, also available with the Golf. It seems to be aimed at those buyers worried about the constant diesel doom-mongering, and VW Group’s reputation thereof. Available only for the two-wheel drive version, it has an advertised fuel economy of 51.4mpg with a manual gearbox, although in the real world we saw little over 30mpg in town and 40mpg on suburban roads. The headline for many, though, will be the 125g/km of CO2 figure, which makes it cheaper on road tax (in the first year) than the Karoq’s 2-litre diesel option. It’s a quiet, smooth little engine that suits the relaxed Karoq but decent pull comes only if you give it plenty of beans, further hampering the economy.

There’s also a 1-litre petrol engine offering slightly lower CO2, but based on the performance of the 1.5 TSI, we can only imagine it would feel underpowered. And two diesel engines are available: a 1.6-litre as well as the 2-litre, offering 115PS and 150PS respectively, with the larger oil burner being the only model that comes with four-wheel drive.

All Karoqs can be specced with DSG automatic transmission, which we’d recommend as the economy and emissions ratings are similar to (and in some cases better than) the manual versions, but it has to be said, the manual ‘box is as silky smooth as they come. Each model also comes with a Drive Mode select to switch between Normal, Sport and Eco (with an Off-Road mode for 4×4 models).

It’s inside that the Karoq impresses the most, though. In the top spec, at least, the quality of the materials – hard and soft-touch plastics, chrome accents and LED mood lighting strips – are top notch, and the fit and finish is superb – forget panel gaps, rattles and flimsy bits of trim. The other thing you notice is the quietness while on the road; it’s impressively insulated in the cabin. The seats are comfier than in the Yeti, too.

Edition spec Karoqs also get a load of tech tricks including a 9.2” touchscreen with DAB radio, WiFi, Bluetooth and sat nav, as well as Android Auto and Apple CarPlay, meaning you can run a much better navigation app such as Waze directly from your phone while streaming the Moana soundtrack for the umpteenth time. Or Kendrick Lamar, if you don’t have children.

The Edition model also feels light and airy, helped, without doubt, by the enormous panoramic sunroof. In fact, the side windows are large, too, even in the rear, bringing in more light and making it easier for the kids to see outside – there were no complaints from the back of the Karoq, anyway.

Raising the tray tables did result in a few choice mutterings from the adults, though. Note for car bosses: if an interior designer recommends fold-up tray tables, point out that they are impossible to open when children are in child seats or high-back boosters because their knees/ feet get in the way. Then fire them for being incompetent. Why not fit trays that drop down, like an aeroplane’s, and are inherently stronger, for obvious reasons?

On the other hand, the designer of Skoda’s “Varioflex” mechanism should be promoted to chief executive without delay. It’s a system that was also available on the Yeti and allows all three rear seats to be removed for extra load space, or just the central seat, with the remaining two seats then able to slide inwards on a rail to give extra shoulder room.

To be honest, the Karoq is a better four-seater than it is a five-seater; over Christmas a family trip to a National Trust property (it’s what SUV-driving parents do when they reach a stage in life) had to be undertaken in an old Citroen C4 Picasso as, unlike the Karoq, it has three proper seats in the rear and therefore space for grandma in between two child seats. In the Skoda, the central seat is more of a concession than a genuine third seat. You know this because when you fold it down you find two cupholders built into the seatback.

Those looking to upgrade from the Yeti won’t be disappointed with the amount of space offered in the Karoq, though, and there’s better news in the boot: the Yeti’s was marvellously square but not terrible deep, whereas the Karoq’s is much larger all round, offering 588 litres of space with the rear seats up and 1,810 litres with them removed, versus 416 litres and 1,760 litres for the Yeti.

The Karoq improves on the Yeti in almost every way. Except in a future full of SUVs, it won’t stand out from the crowd to nearly the same extent.