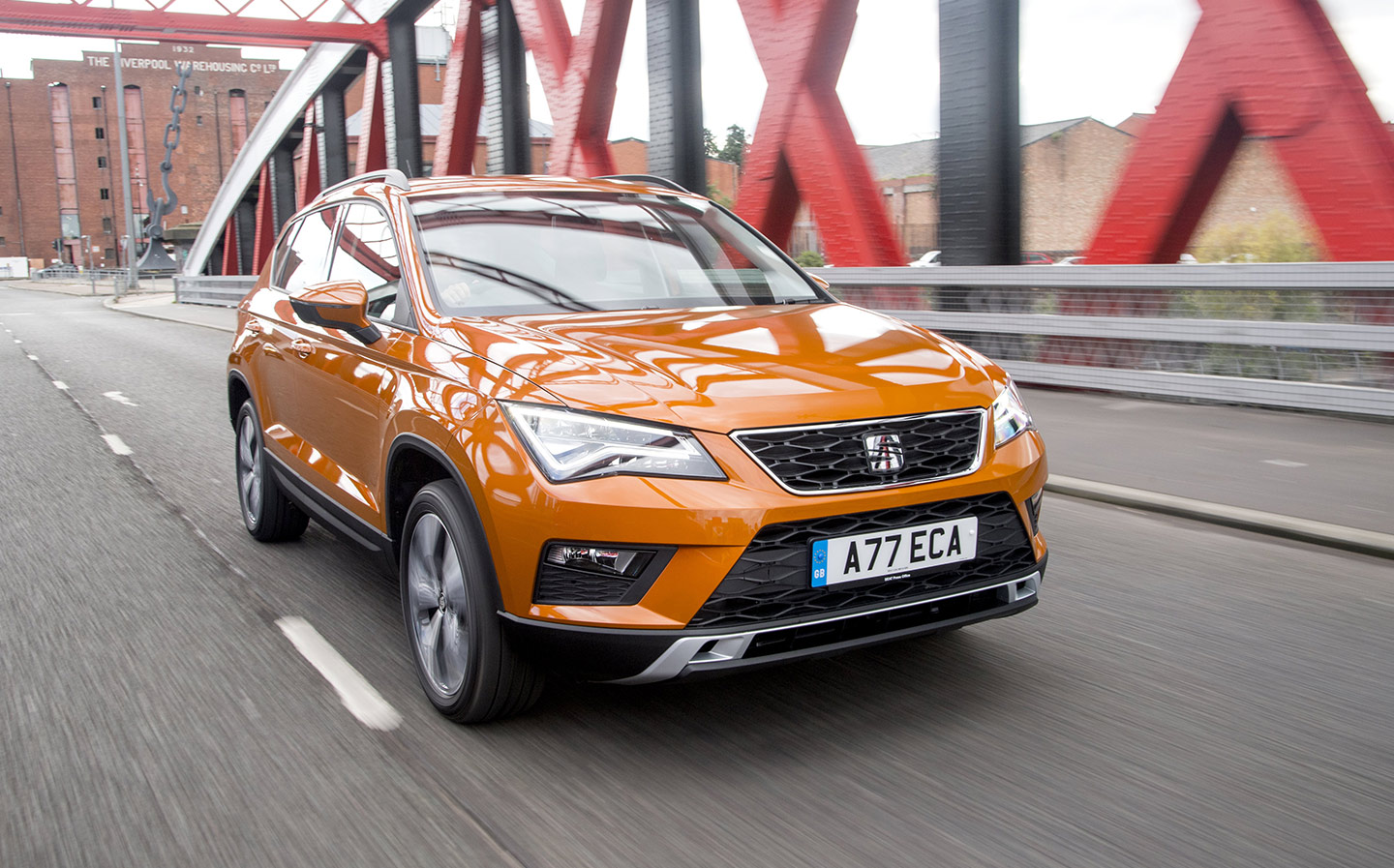 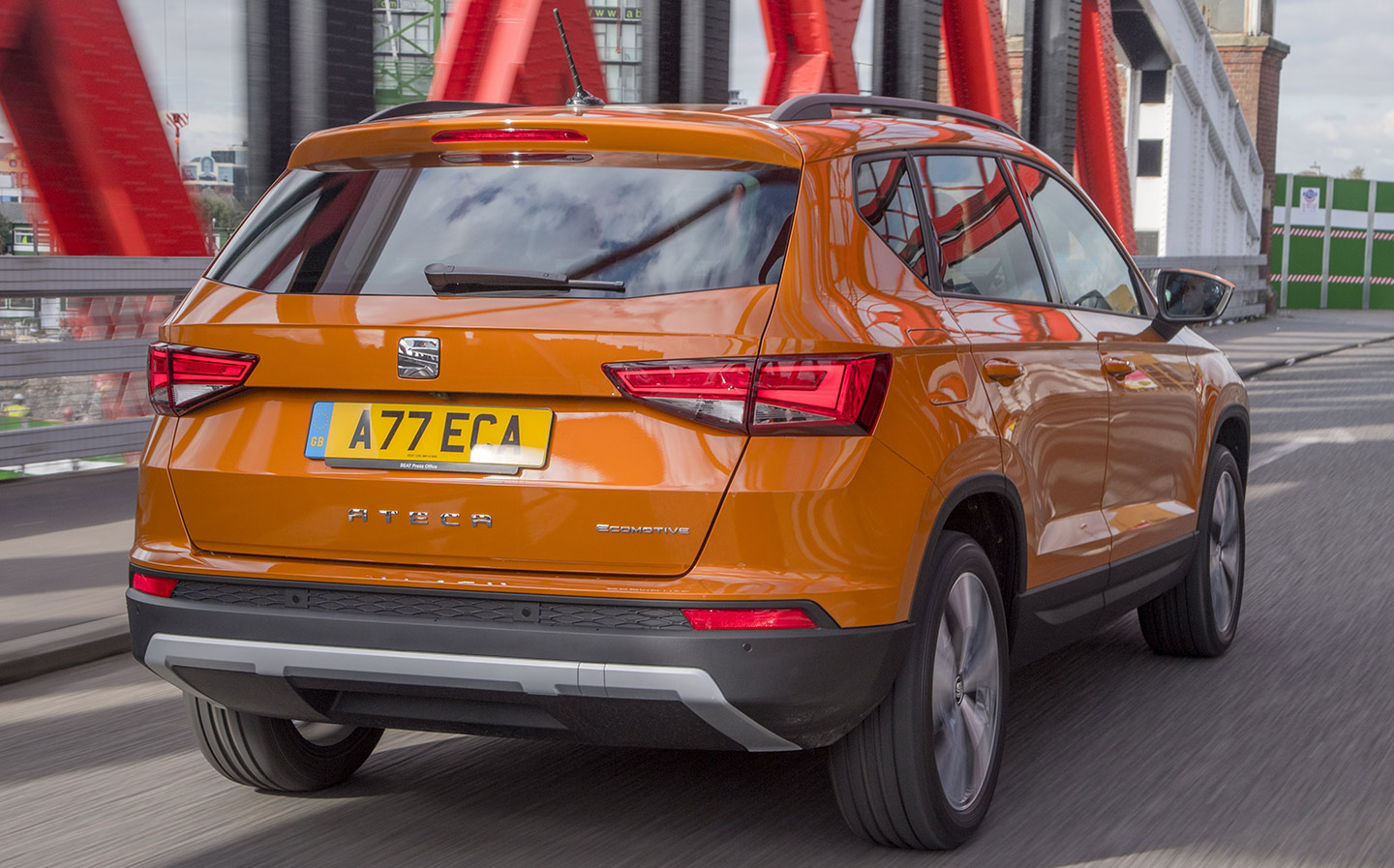 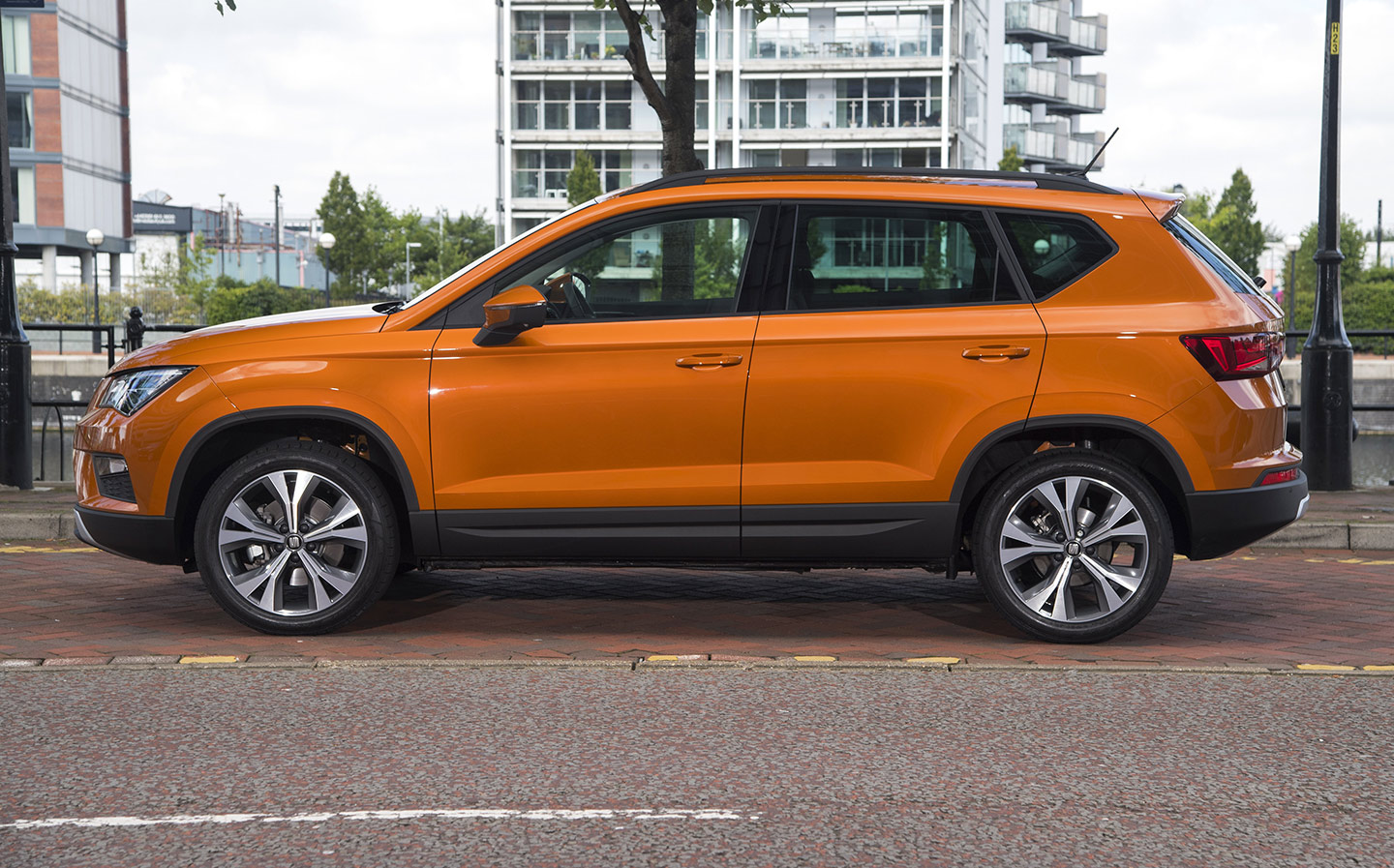 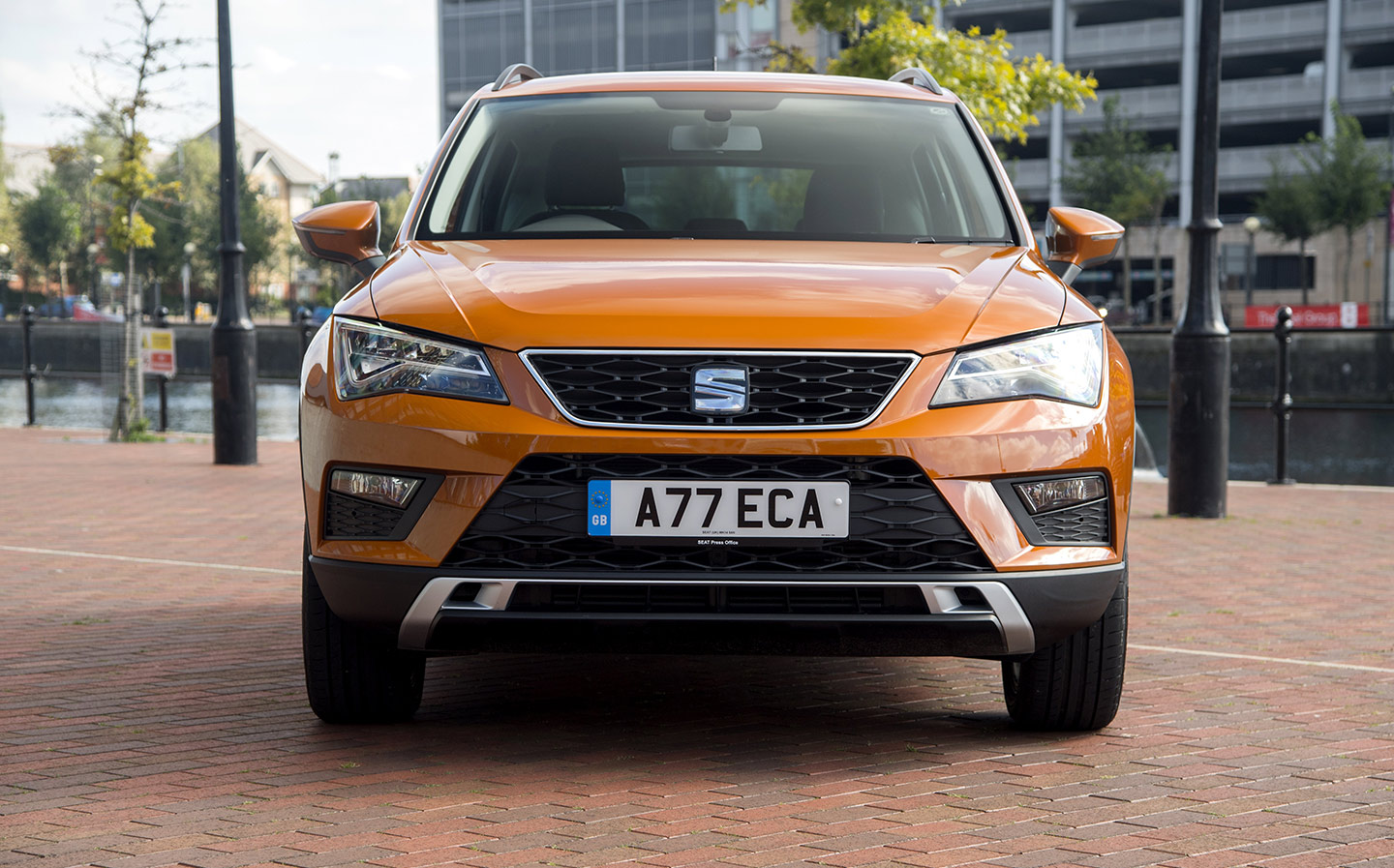 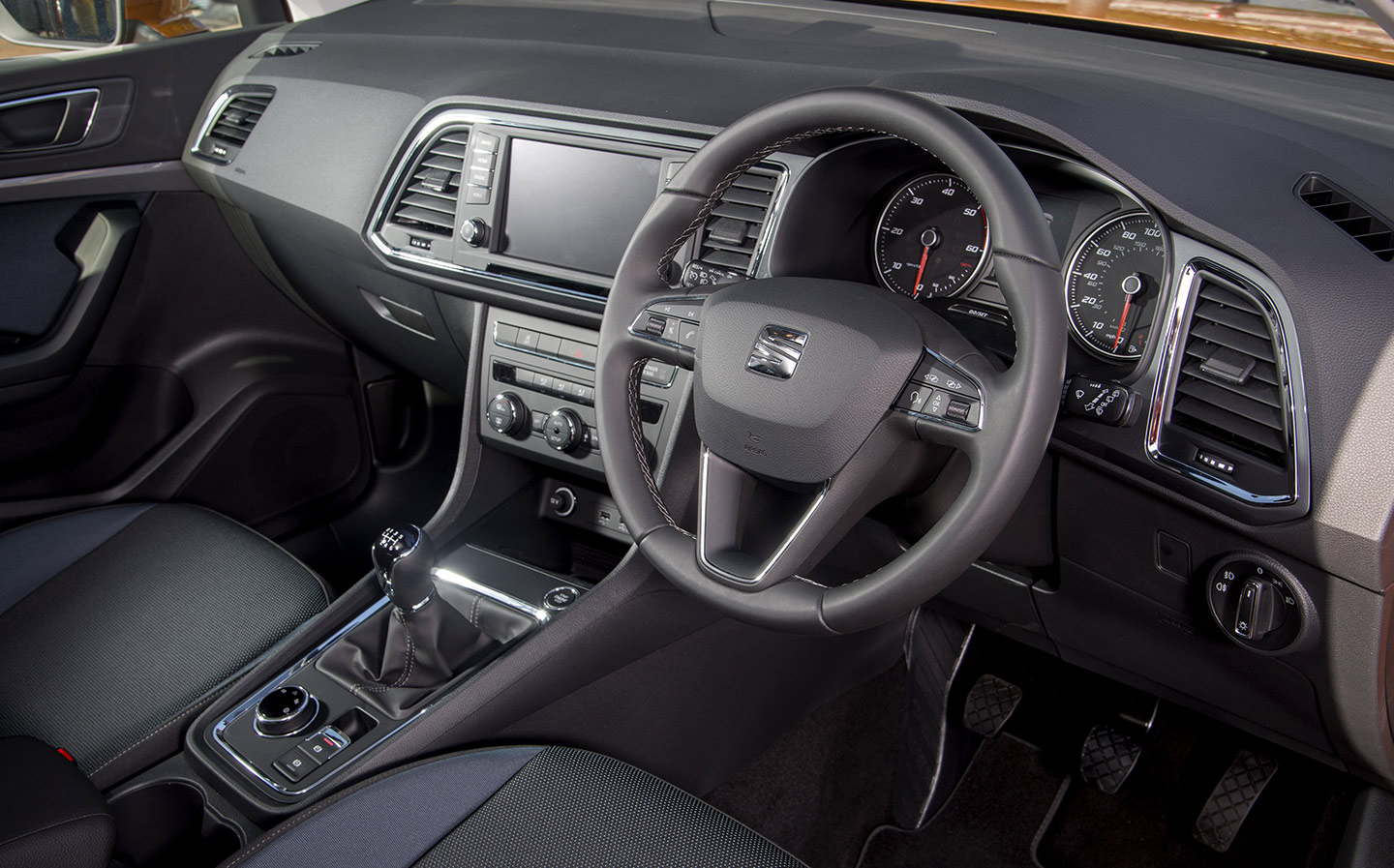 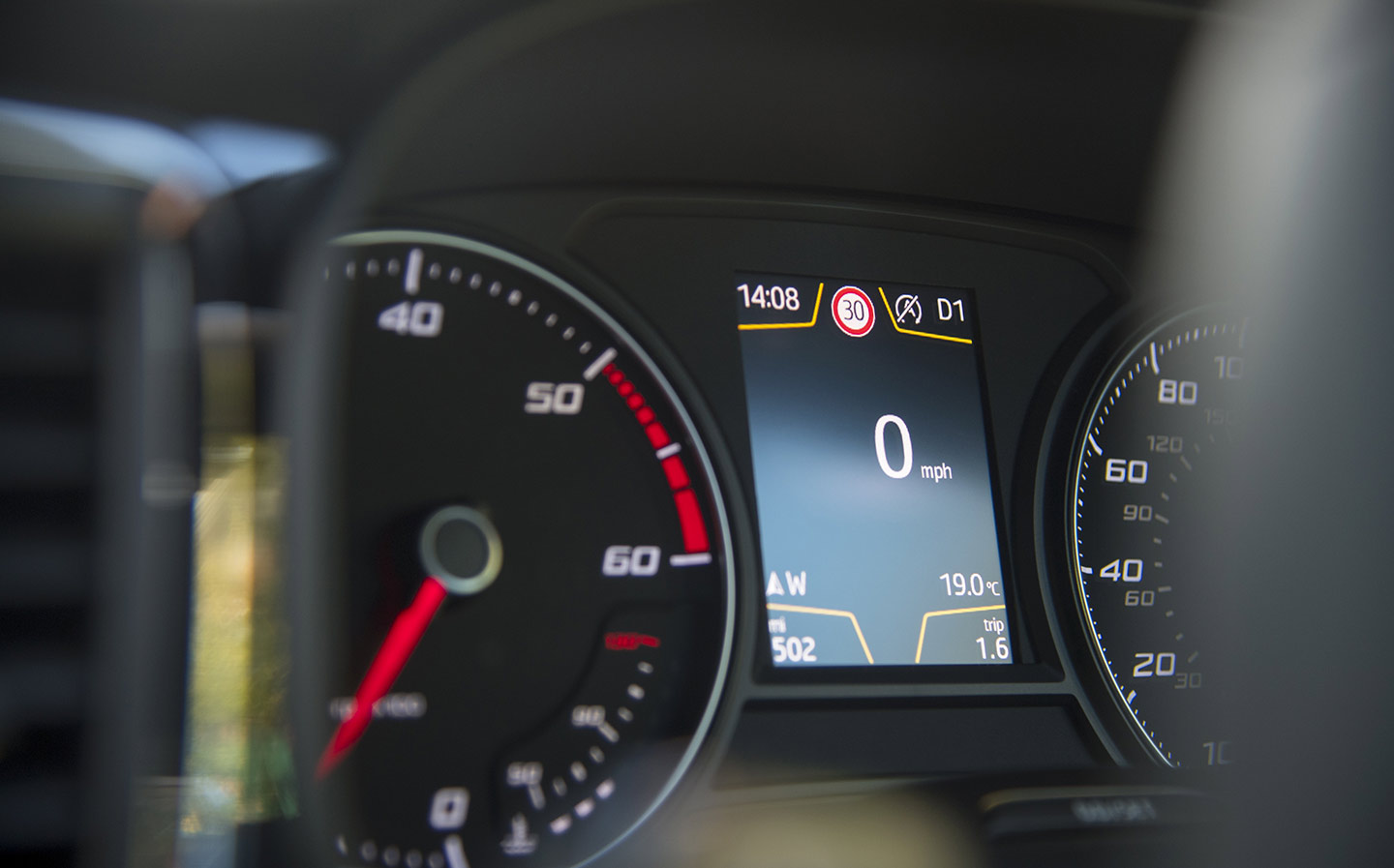 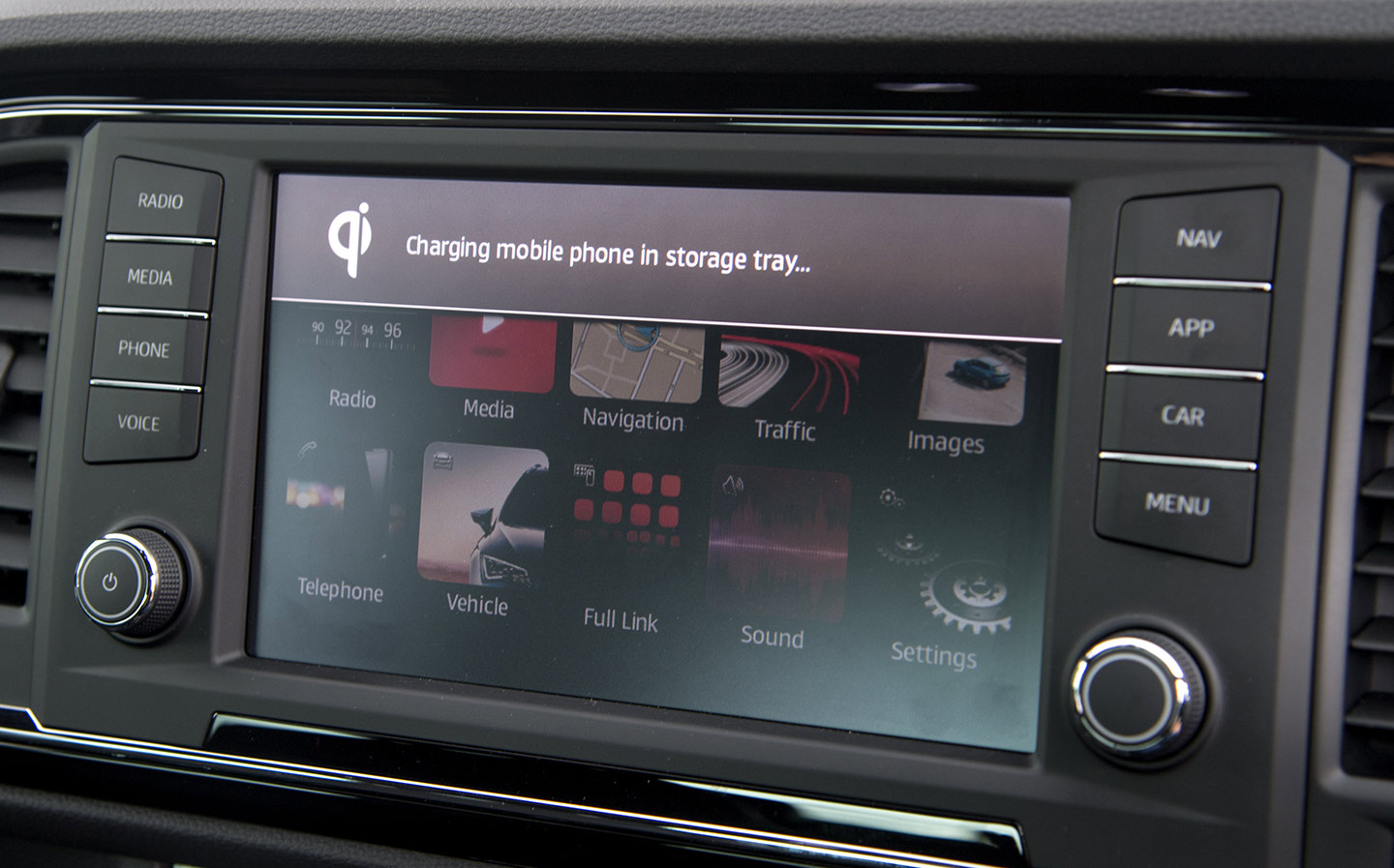 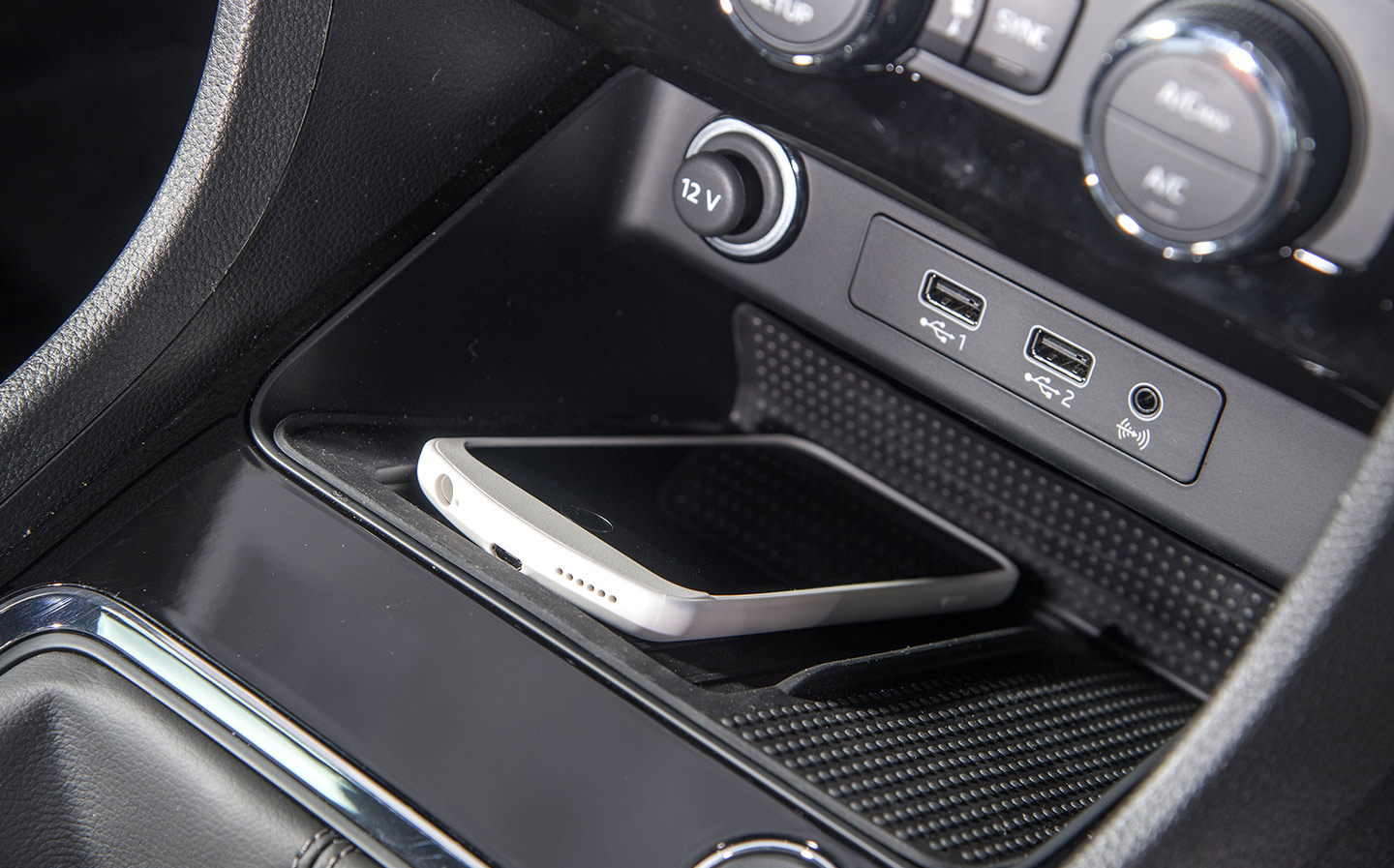 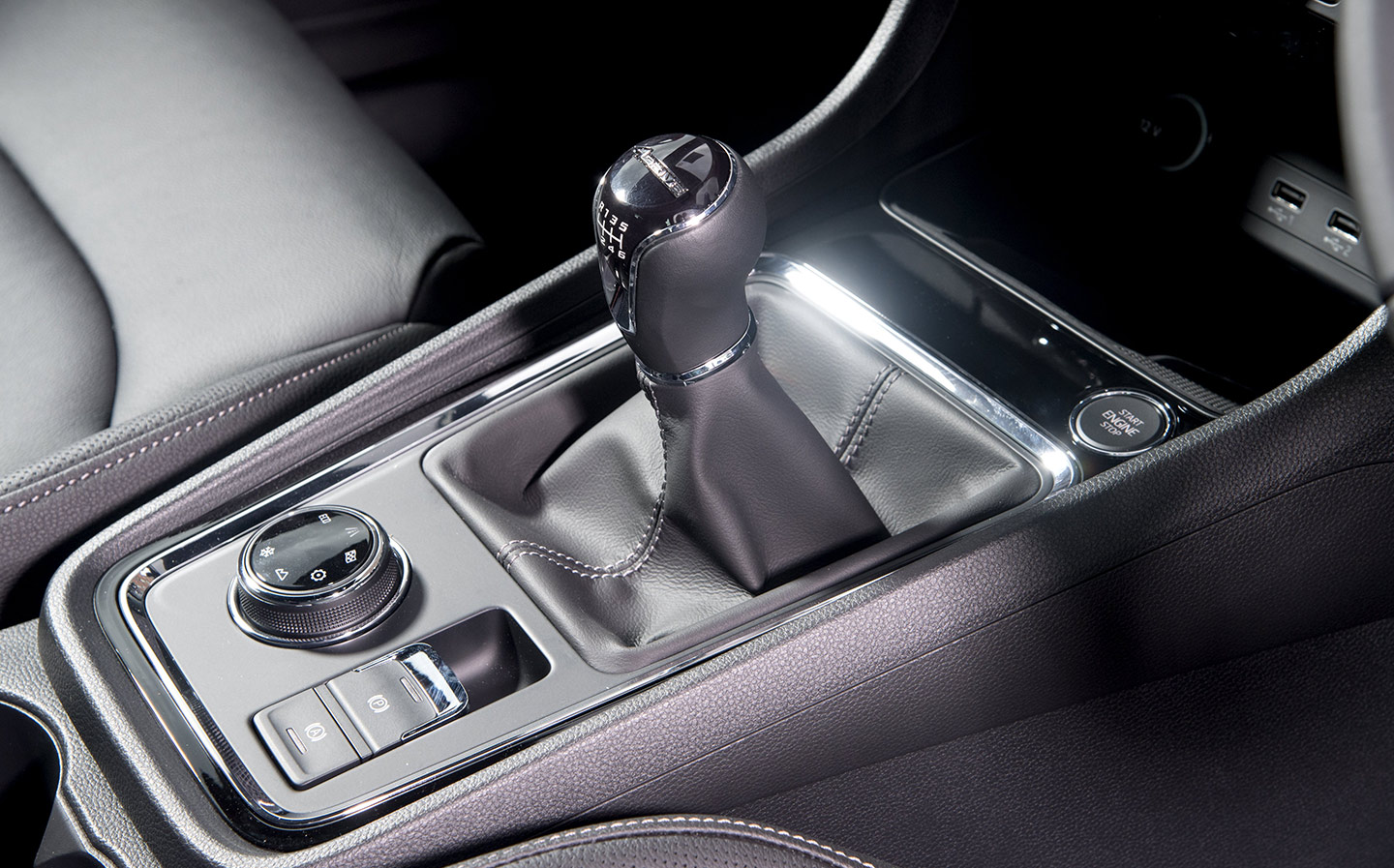 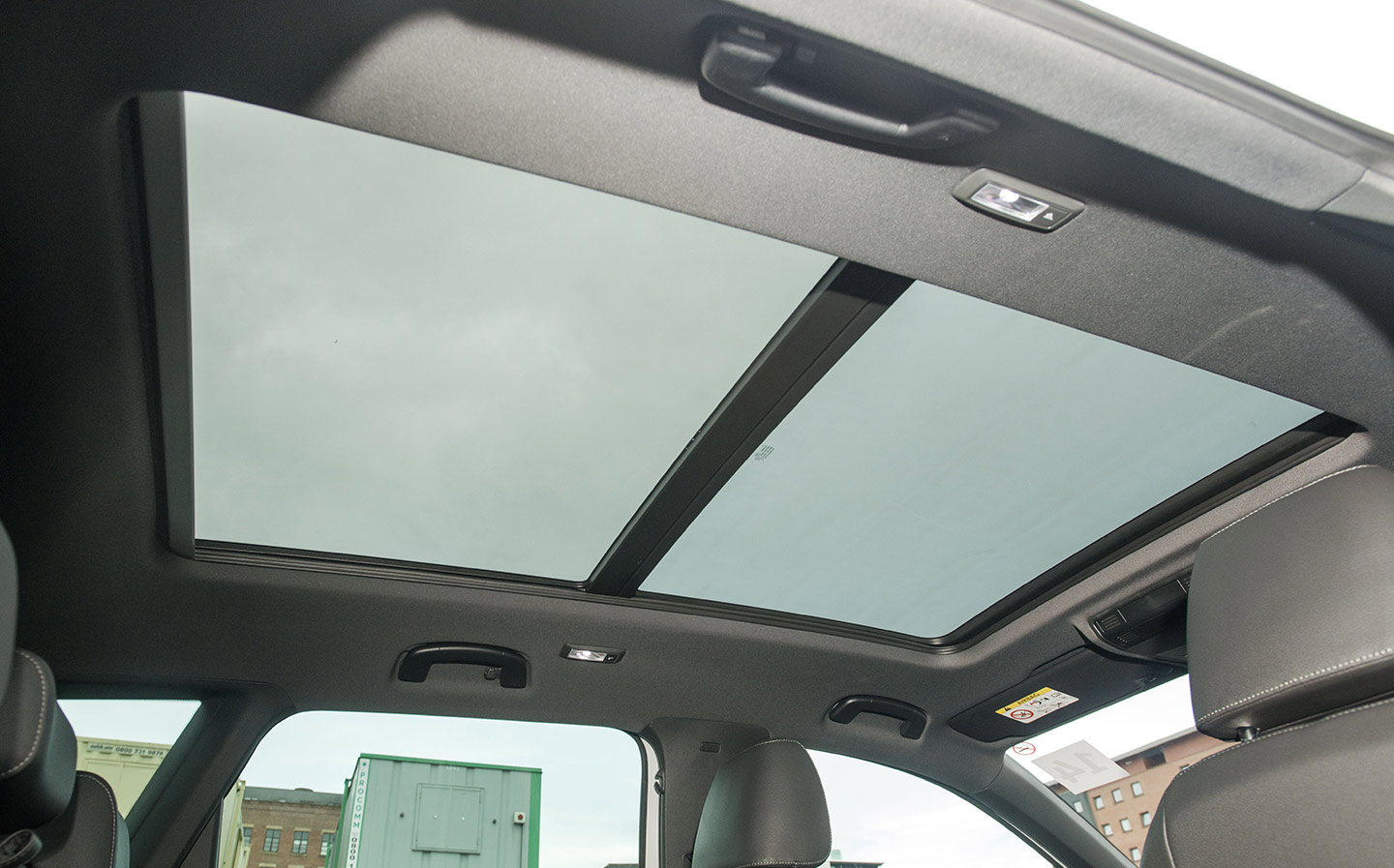 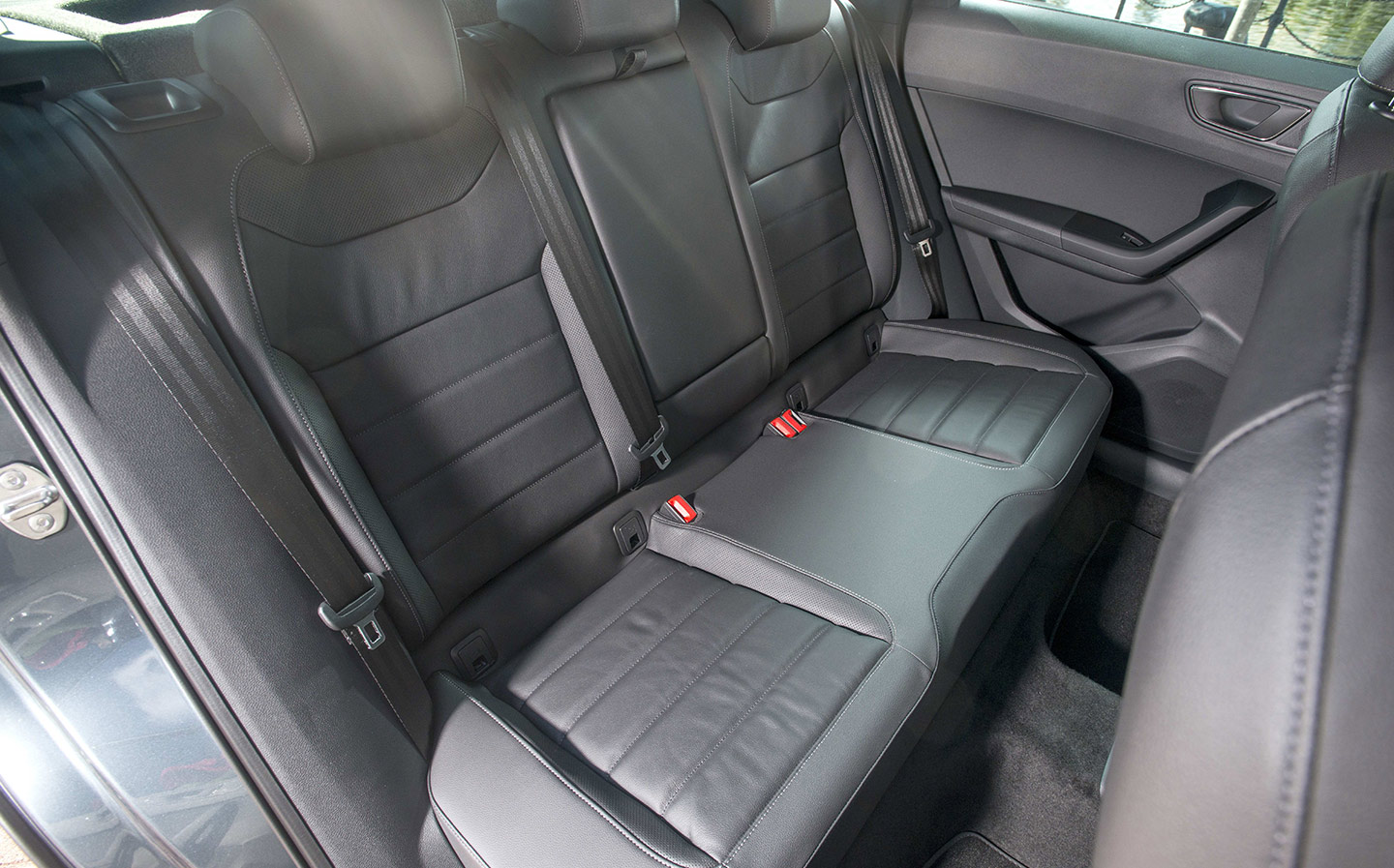 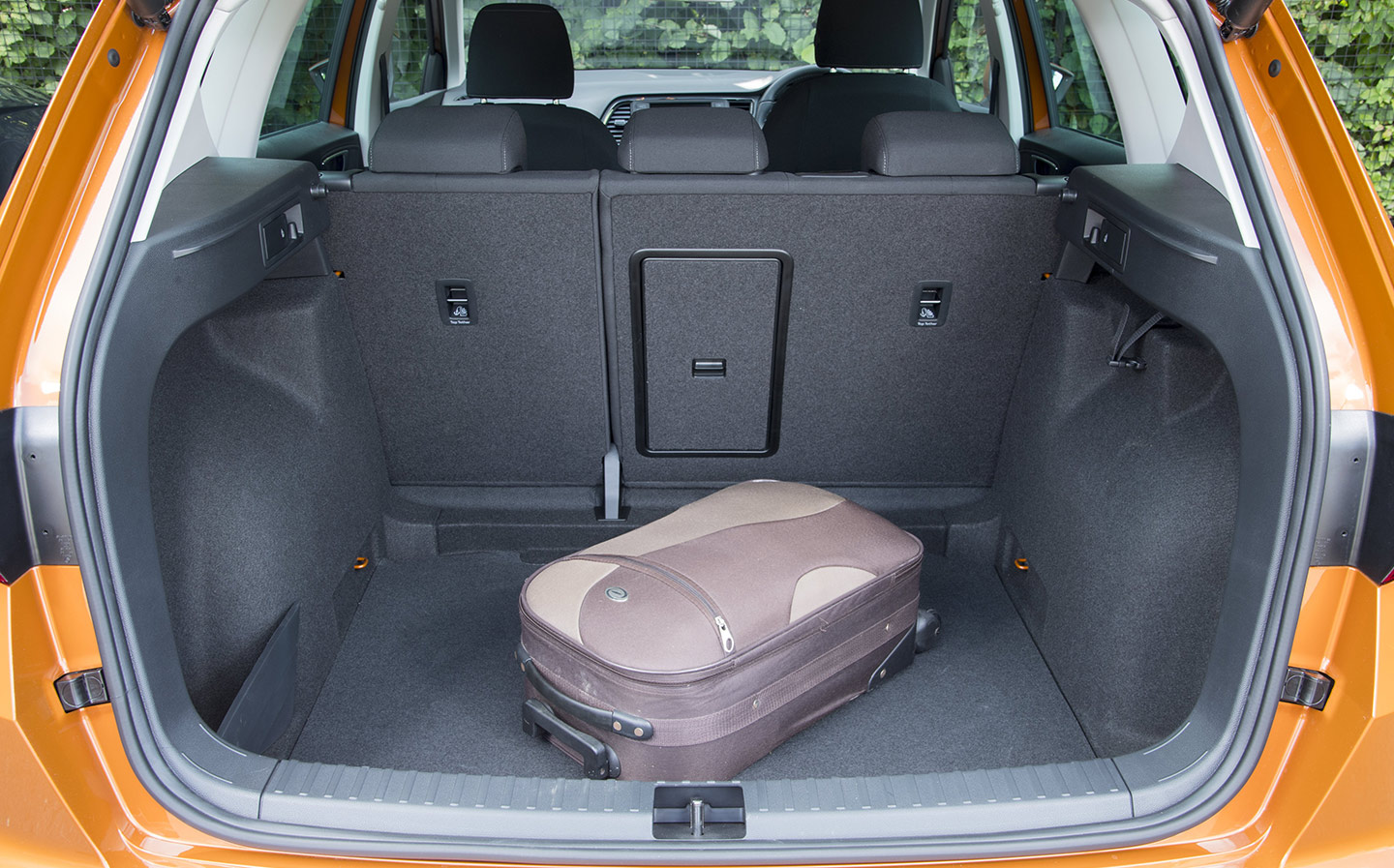 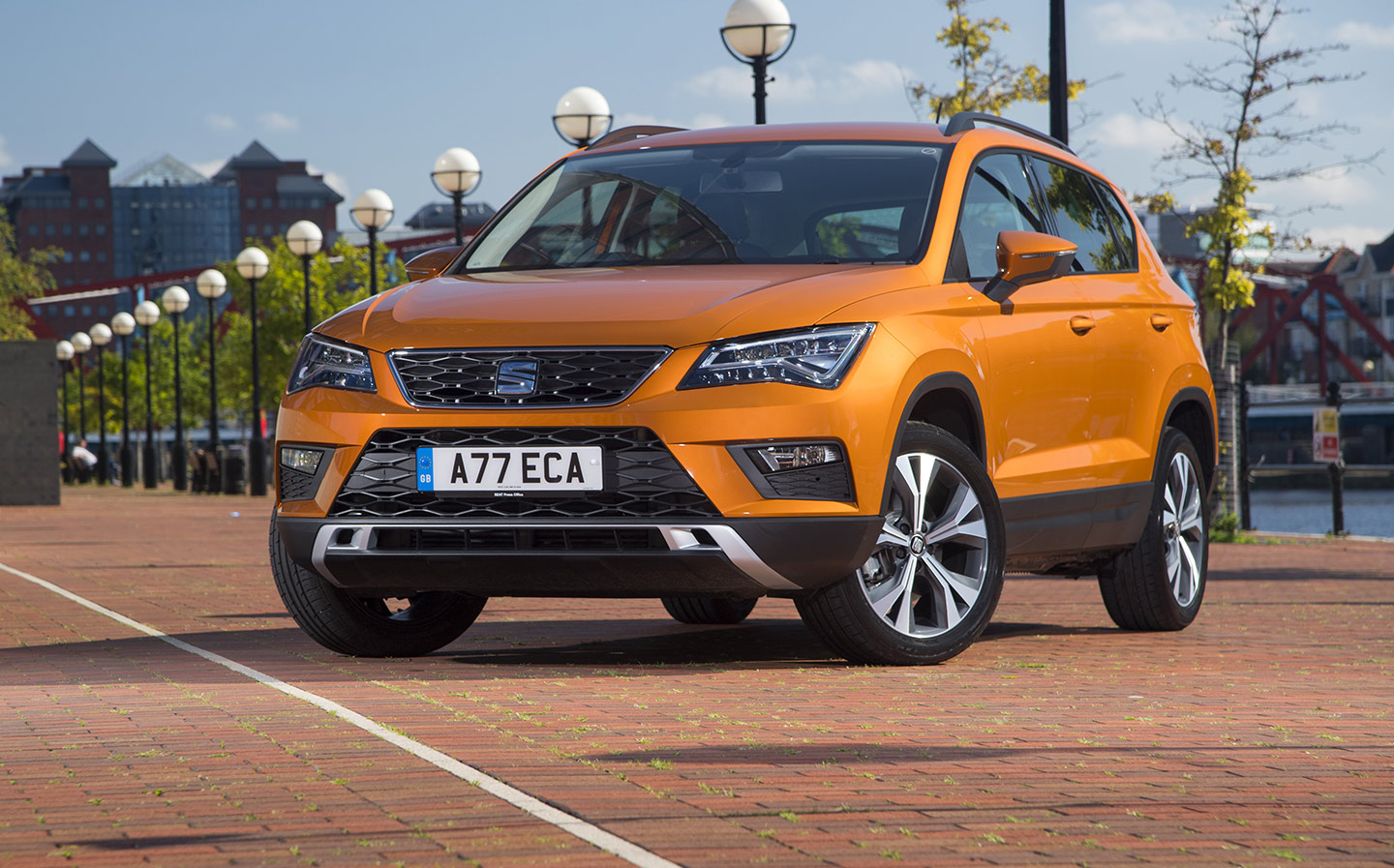 WHENEVER someone leans across a dinner table and asks me what car they should buy, I always say “a Ferrari F40”.

Then they look a bit exasperated and explain they need something sensible, so I say “a 1986 Lada Riva shooting brake”. This normally does the trick and they go back to talking about something that is more interesting, such as accountancy or ornithology.

However, at dinner the other day, the man opposite really was quite insistent. He didn’t want a Ferrari F40 or a 1986 Lada Riva shooting brake and demanded that I came up with another alternative. “A Bugatti EB 110,” I said, hoping that would shut him up. But it didn’t.

Because we know you want to buy it despite Clarkson’s advice, view the Seat Ateca cars for sale on driving.co.uk

“Come on,” he said, “I’m being serious.” So I told him to buy a Cadillac Escalade.

I hate being asked about cars as much as doctors hate being asked about ailments. They can’t possibly determine, when they’ve had two bottles of agreeable red, what’s wrong with someone who’s fully clothed and on the opposite side of the table, any more than I can tell someone what car to buy when I don’t know what they need it for and how much they have to spend and if they have any prejudice towards the French or the Japanese.

“Are you a racist?” I asked the man on the opposite side of the table. And, before he could answer, “Is your wife extremely fat?” These are the things that matter when it comes to choosing a car. There’s more too. If your children are prone to explosive car sickness, you don’t want cloth seats. And if you have only one arm, you don’t want a flappy paddle gearbox.

I went through a full range of weird questions with Mr Persistent, including, “Will you be having sex on the back seat with your secretary?” and then told him the best car he could possibly buy was a Vauxhall Astra van.

It turned out, however, that he actually wanted an Audi Q5. “Well, get one of those, then.”

I don’t like the Audi Q5 or any car of that type because they seem too pointless. You get the same amount of interior space as you would in a normal hatchback but because of the extra weight and tallness, you get less performance and terrible fuel economy. It’s not swings and roundabouts here. It’s swings and falling off the roundabout into a pile of dog-dirt-encrusted broken glass.

I explained all this to my dinner companion but he was most insistent. He said he liked a car that gave him a commanding view of the road and didn’t have any truck with my argument that a hatchback and a cushion would do the trick. So I told him to buy the Q5 and started talking to the woman on my right.

“What car should I buy?” she asked . . . I then went to the lavatory and drank all the Domestos.

The trouble is that, these days, absolutely everyone wants a hatchback on stilts. They all want a commanding view of the road. And they don’t realise that soon it won’t be commanding at all, because everyone will be at the same height. Which means cars will have to keep on getting taller and taller until you need a ladder to get inside. And instead of airbags, you’ll have a parachute.

The other problem is that crossover mini SUVs, or whatever it is they’re called, are all extremely dreary to drive. And look at. And be near. I really genuinely hate them and, as a result, I was not looking forward to spending an entire week with something called a Seat Ateca.

I mean, quite apart from anything else, you just know Ateca is one of those names that’s been plucked by the marketing department from a bag of Scrabble tiles, because trademark infringement problems mean that every other actual word has been registered. This means you end up with a name that sounds like it could be an insurance company or an antifungal cream.

“Are you a racist?” I asked the man on the opposite side of the table. And, before he could answer, “Is your wife extremely fat?” These are the things that matter when it comes to choosing a car

Everybody wanted a Cortina. It may have been named after a small cafe on the King’s Road, but it sounded exotic. Nobody wants an Ateca in their life. Unless they’ve got thrush.

Seat claims Ateca is a town in Spain and that it’s named it after that. But this doesn’t wash. Because if you’re going to name it after a town in Spain, why not pick one we’ve heard of? It’d be like Rolls-Royce launching a car called the Pontefract.

Anyway, it arrived, and in essence it’s a Volkswagen Tiguan, which means that when all is said and done, it’s a jacked-up Golf. Same basic platform. Similar range of engines. Only slower and less economical and more expensive and less fun to drive and no more practical.

Actually, because this is a Golf designed by Spaniards and built in the Czech Republic, it’s cheaper than its sister car, the Tiguan, which is a Golf that was designed by Germans and that is built in Germany, Russia or Mexico, depending on which model you choose. I don’t get that thinking either.

Whatever, it has doors so that you can get inside, and a boot lid that is operated by electricity so that you have to stand in the rain to make sure it closes properly.

Inside, there are some chairs so that you can sit down, but it should be noted that all of them seem to be fitted much lower than you’d expect. As you peer over the dashboard at the road ahead, it feels as if you’re moving around in a wheelie bin. And I don’t get the thinking here either. Because if you want a car with a commanding driving position, why would you buy one with seats that are so low?

Other things. Well, it’s quite quiet, which is nice. But then it was also a bit bumpy, which wasn’t. And the boot was big enough for a footstool I’d bought.

My test car had a 1.4-litre Golf engine, which provided no discernible performance at all. Put your foot down in sixth gear, at 70mph on the motorway, and absolutely nothing happens. My kitchen table is faster. Economy, however, is what you would expect — around 50mpg — and it produces 123 carbon dioxides. But these are Volkswagen figures, so they probably mean very little.

On the face of it, then, you’d struggle to think of a single reason why you’d buy this car rather than one of the many alternatives. But my car was fitted with orange wheels and matching door mirrors. And that’d clinch it for me.

On normal wheels, it’s just another way of wasting £24,440, but those snazzy rims, teamed with some plastic roo bars, give the Ateca a visual leg-up. And as a result it’d be my choice if I were being forced at gunpoint to buy a car like this. But I’m not, which is why I would buy a Ferrari F40.Which is much better.