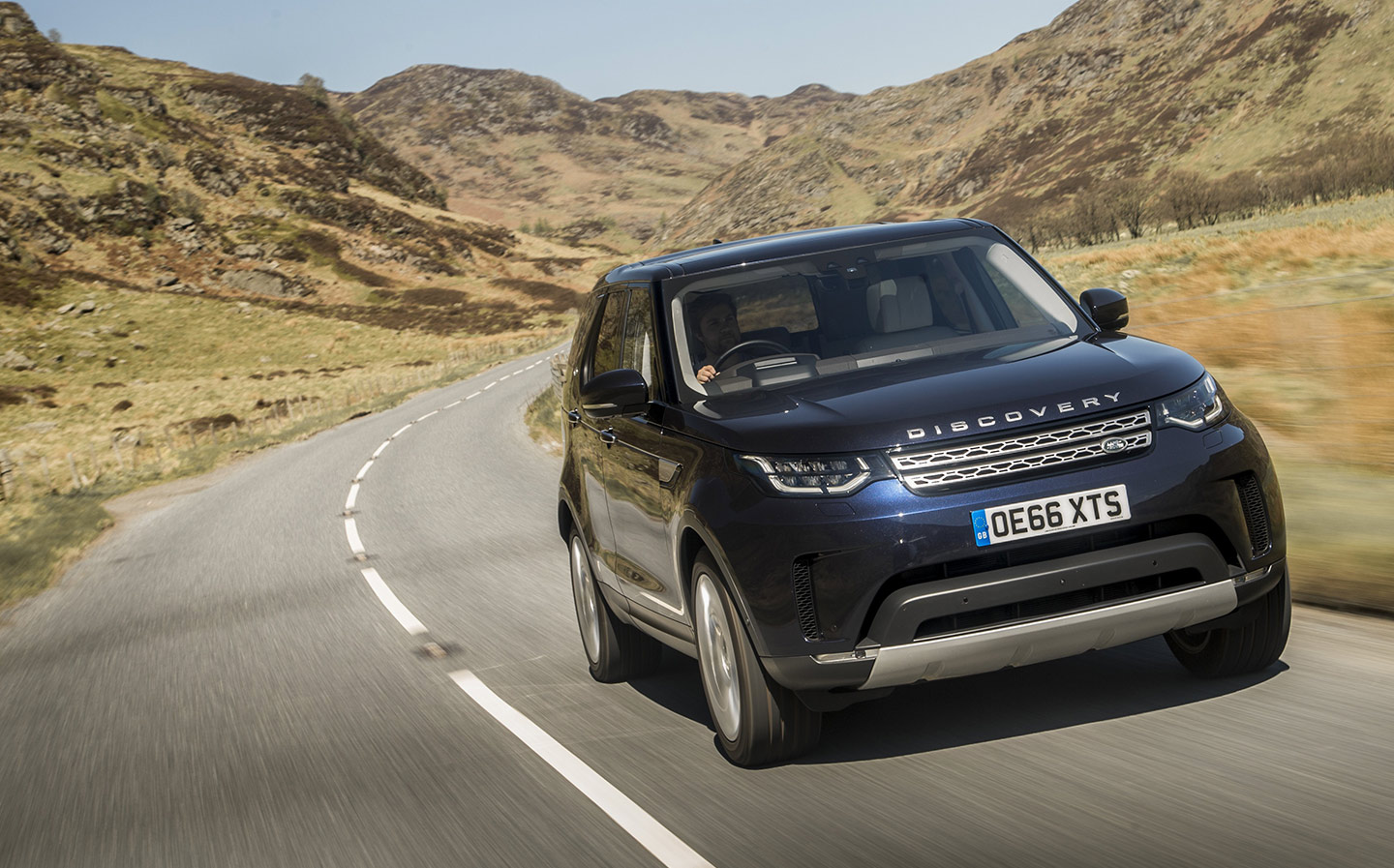 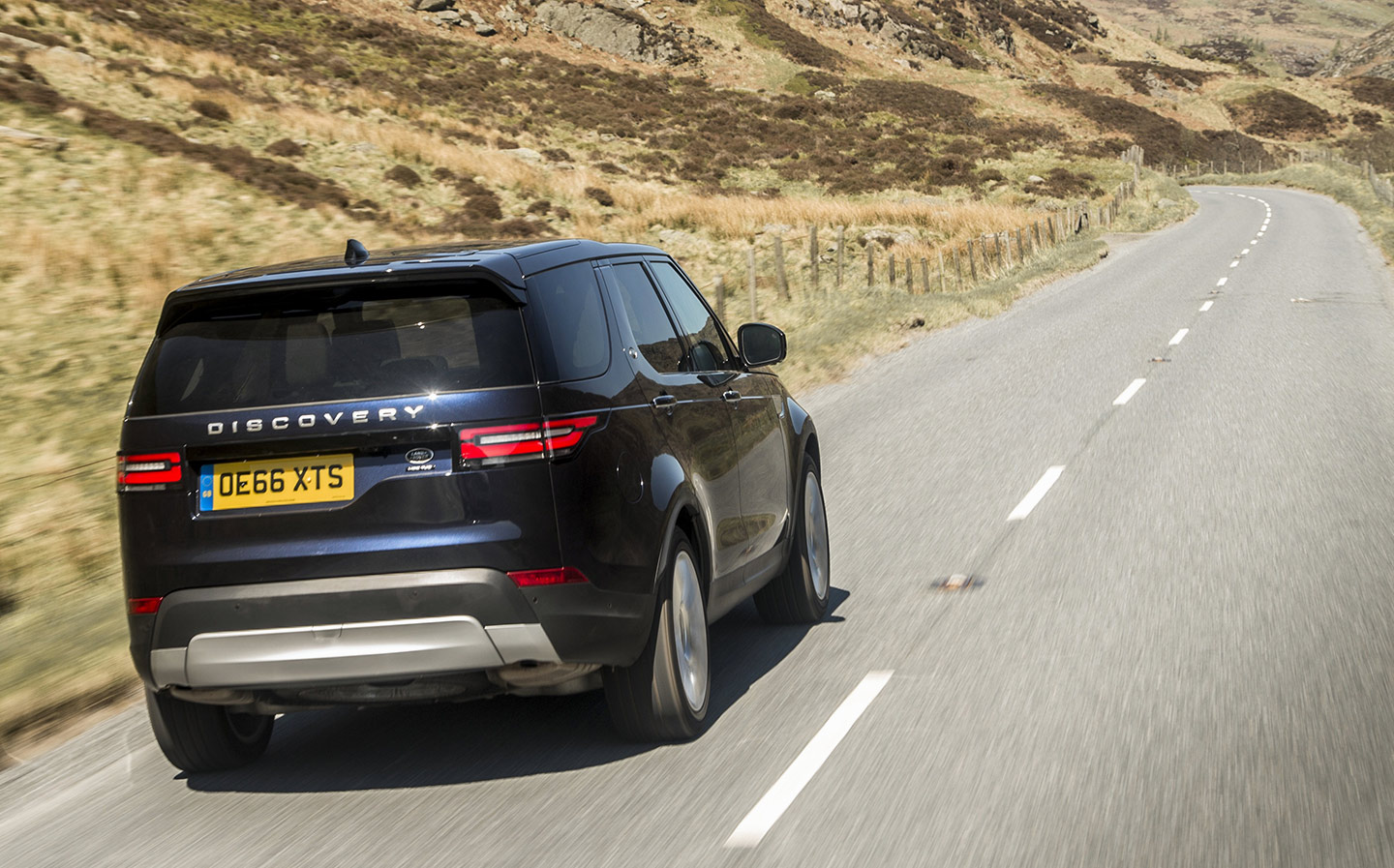 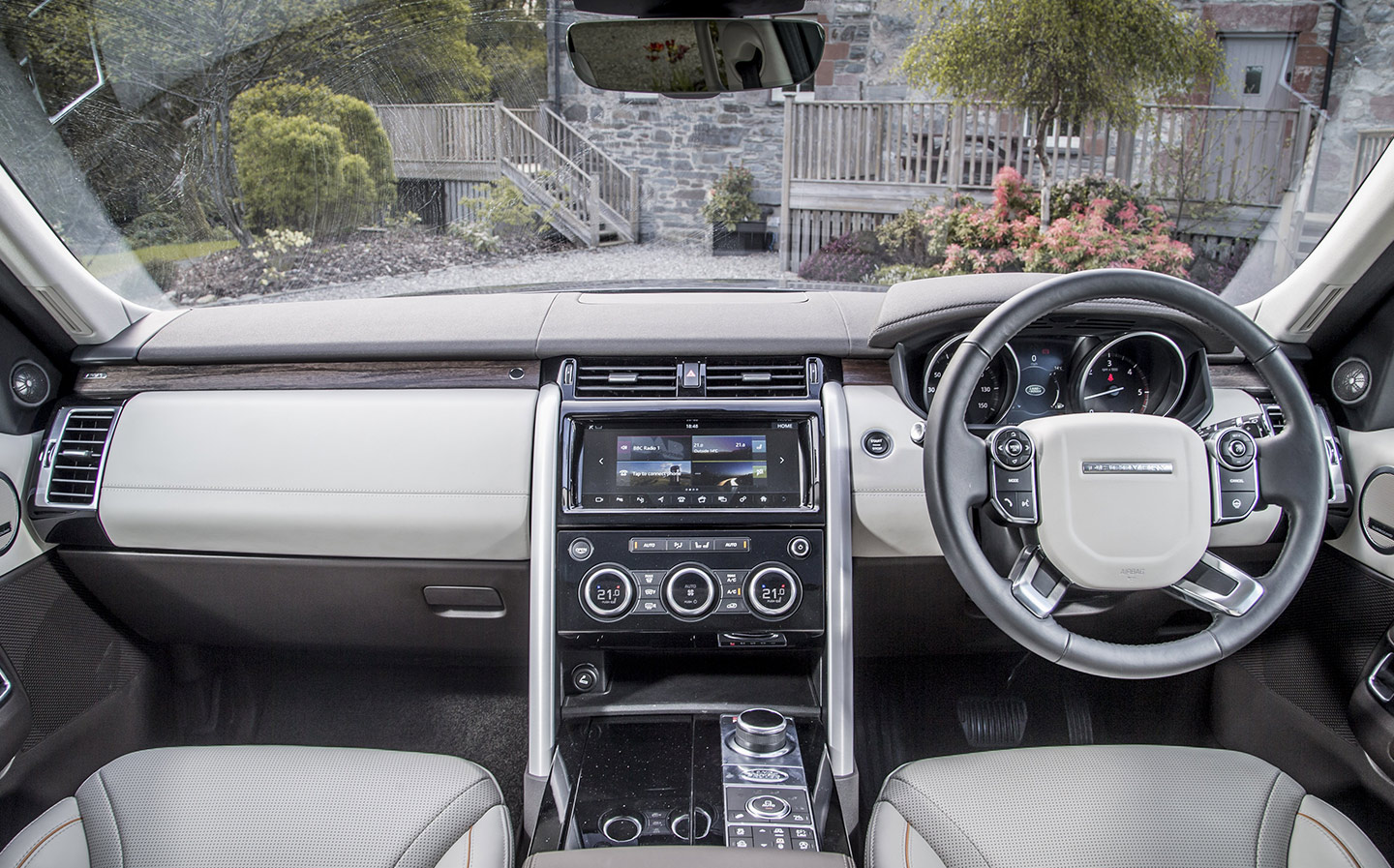 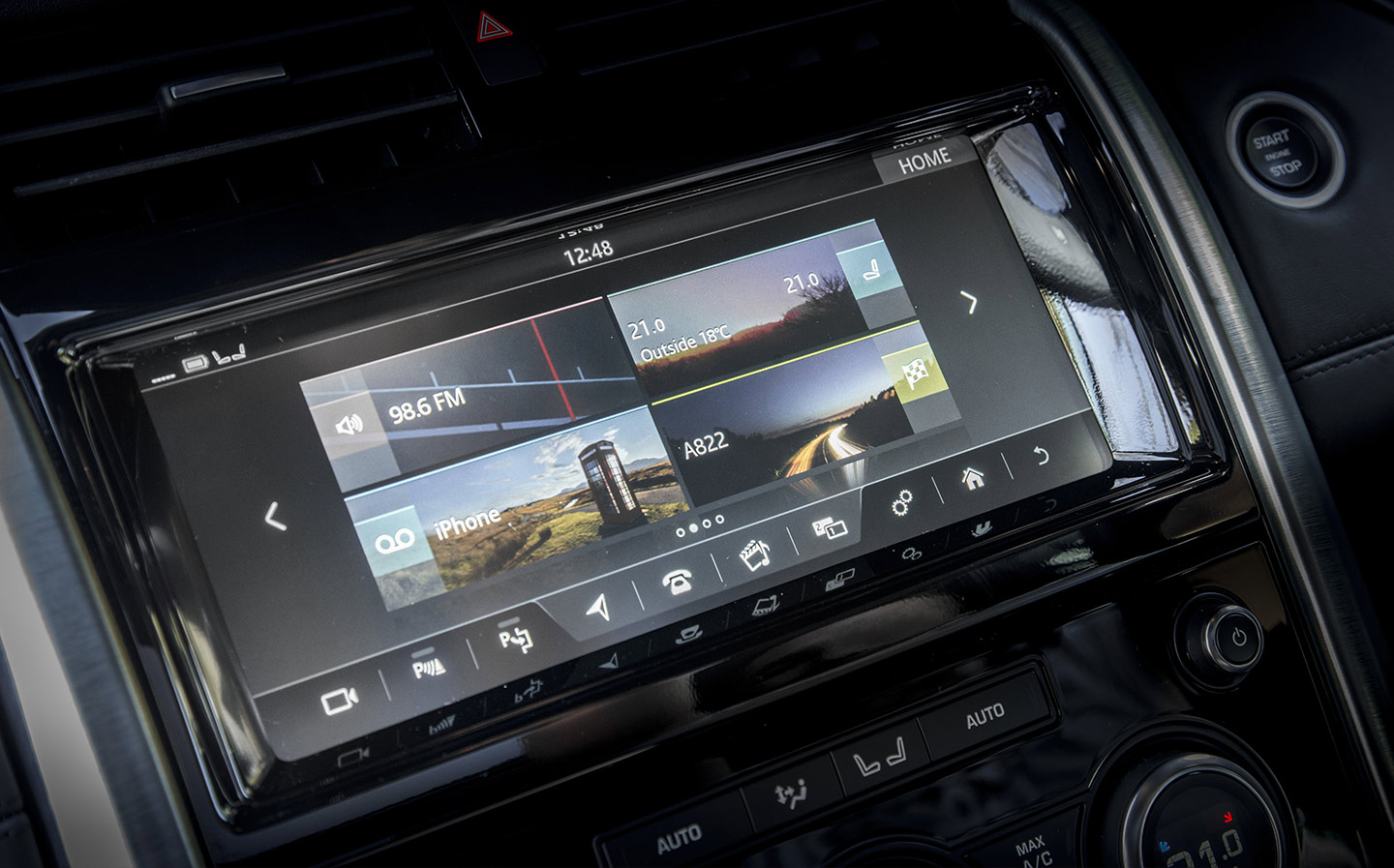 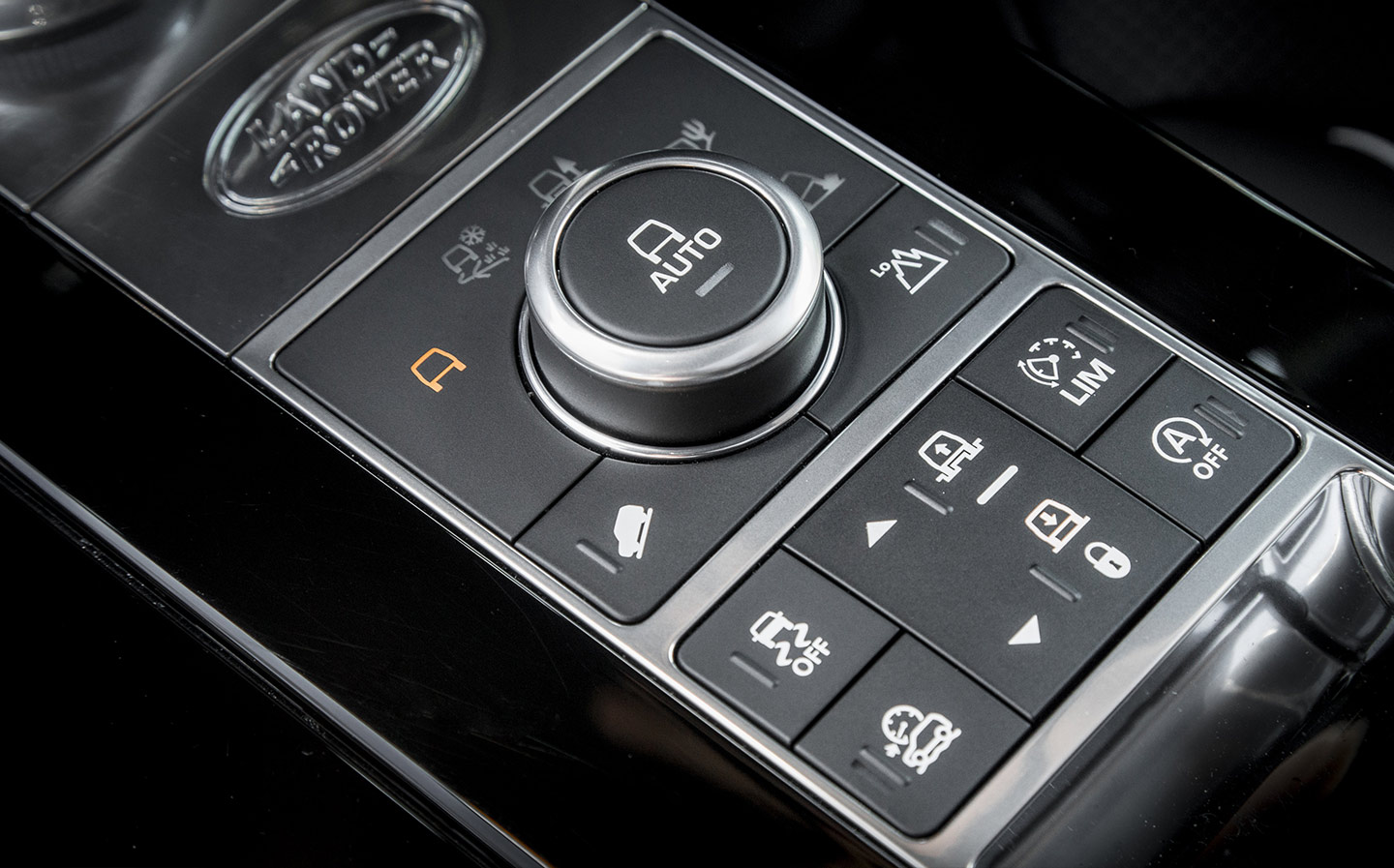 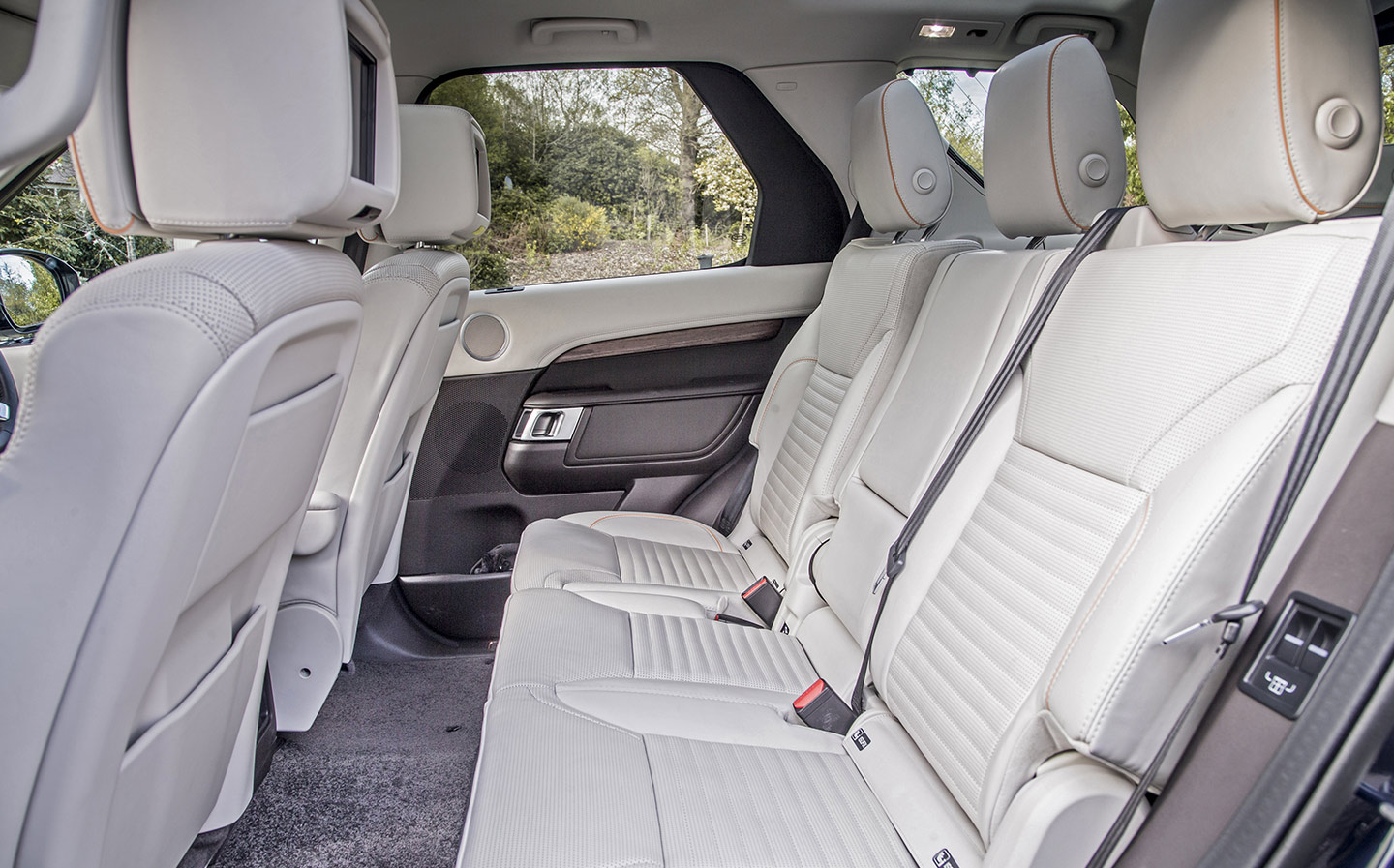 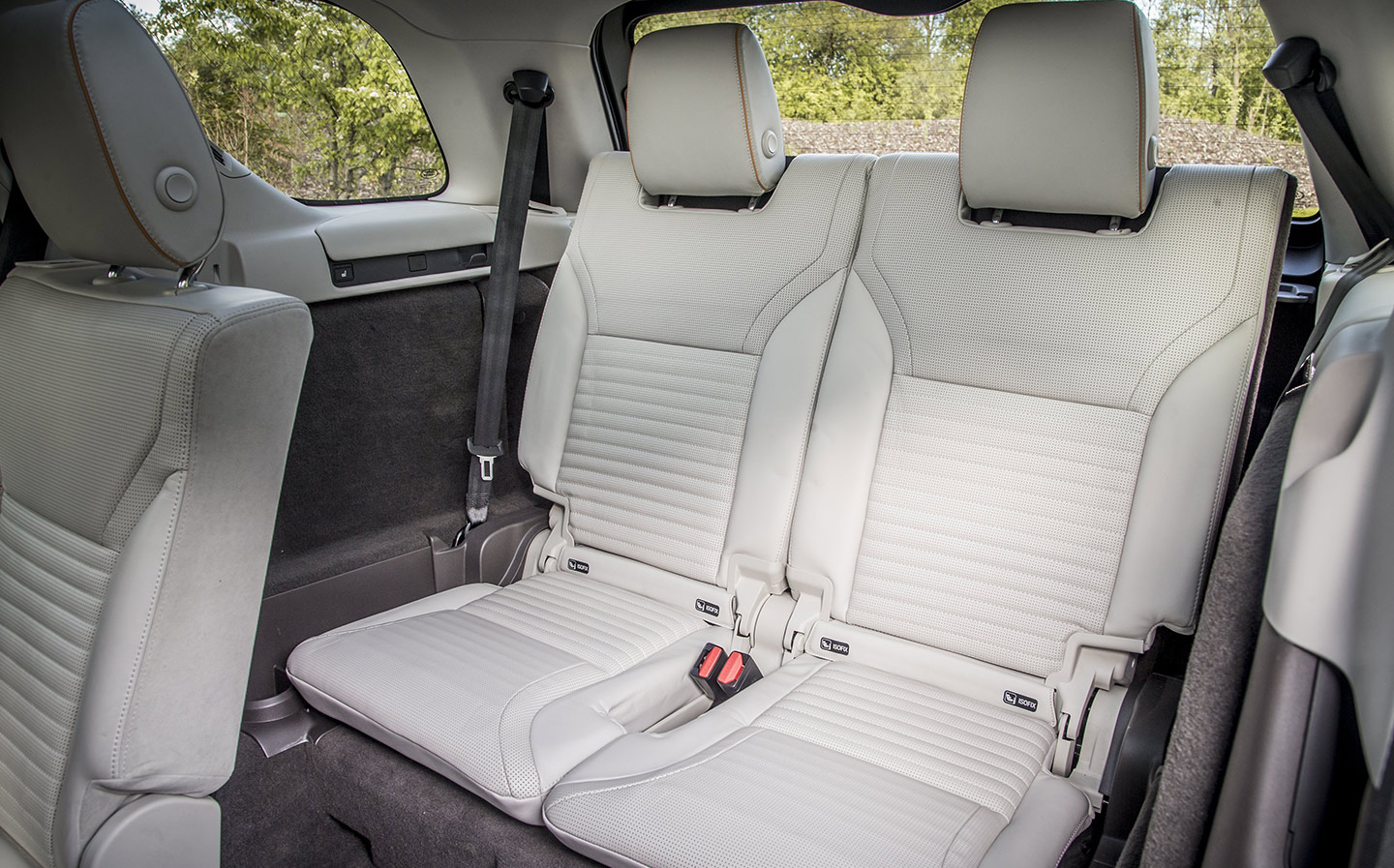 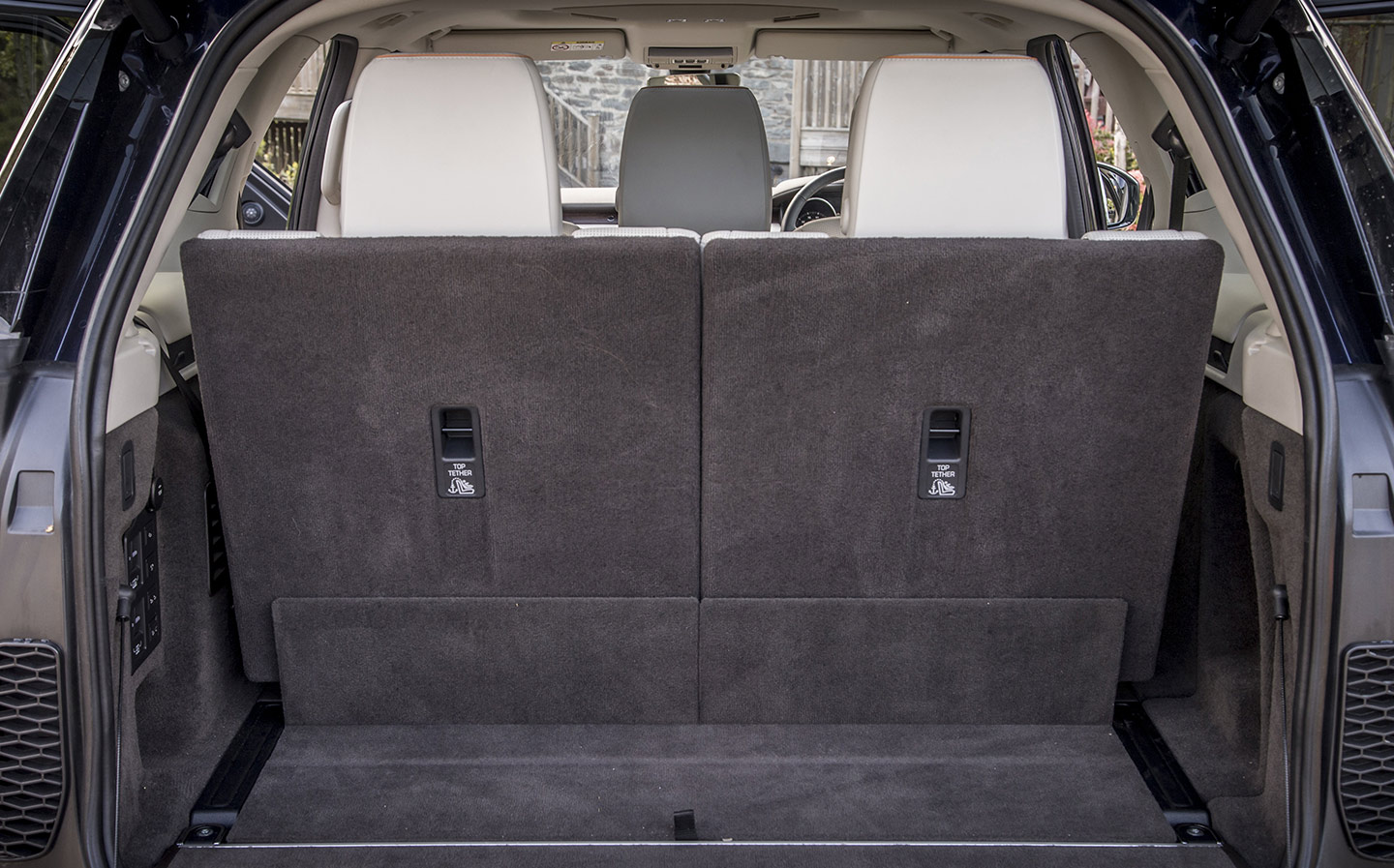 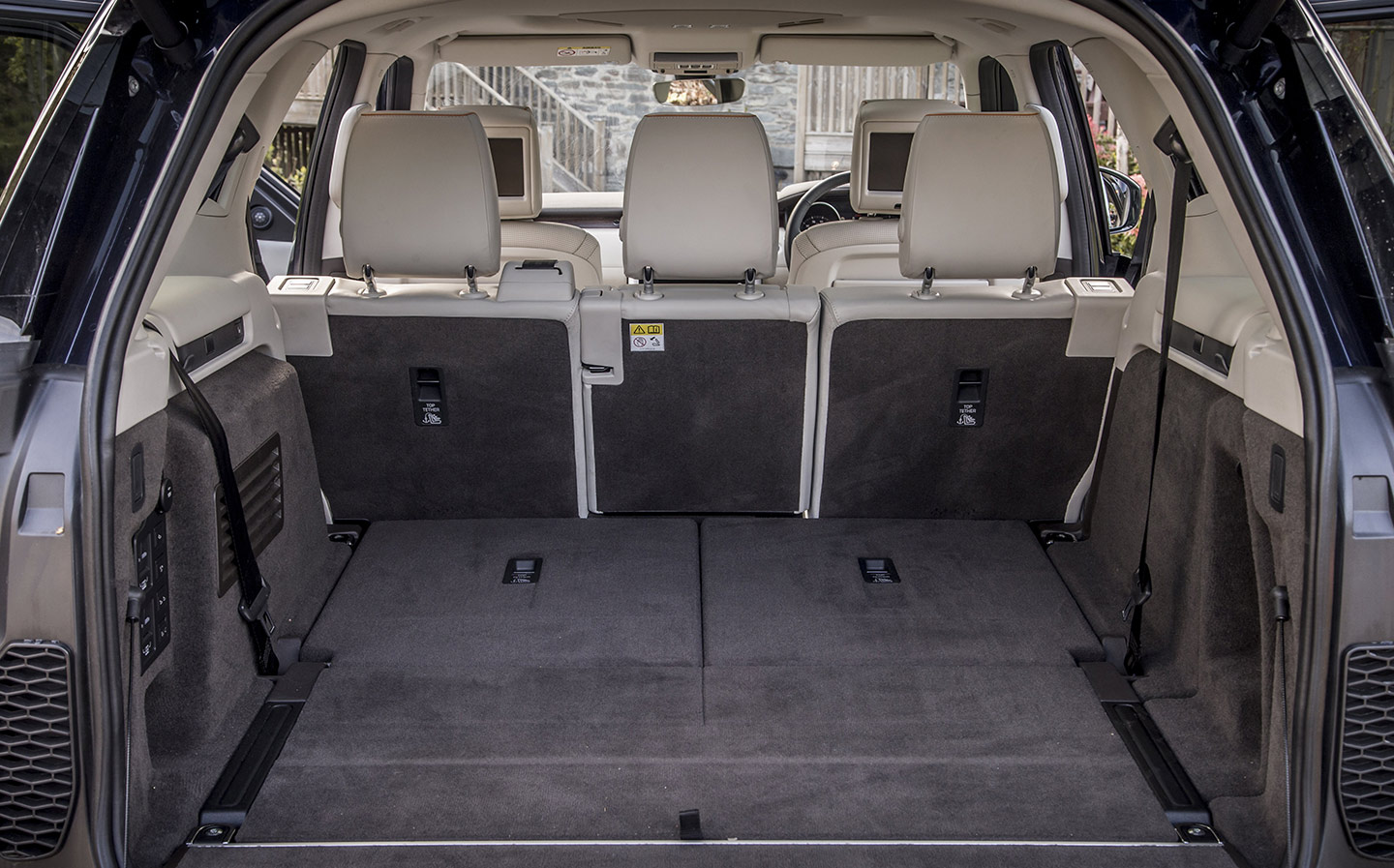 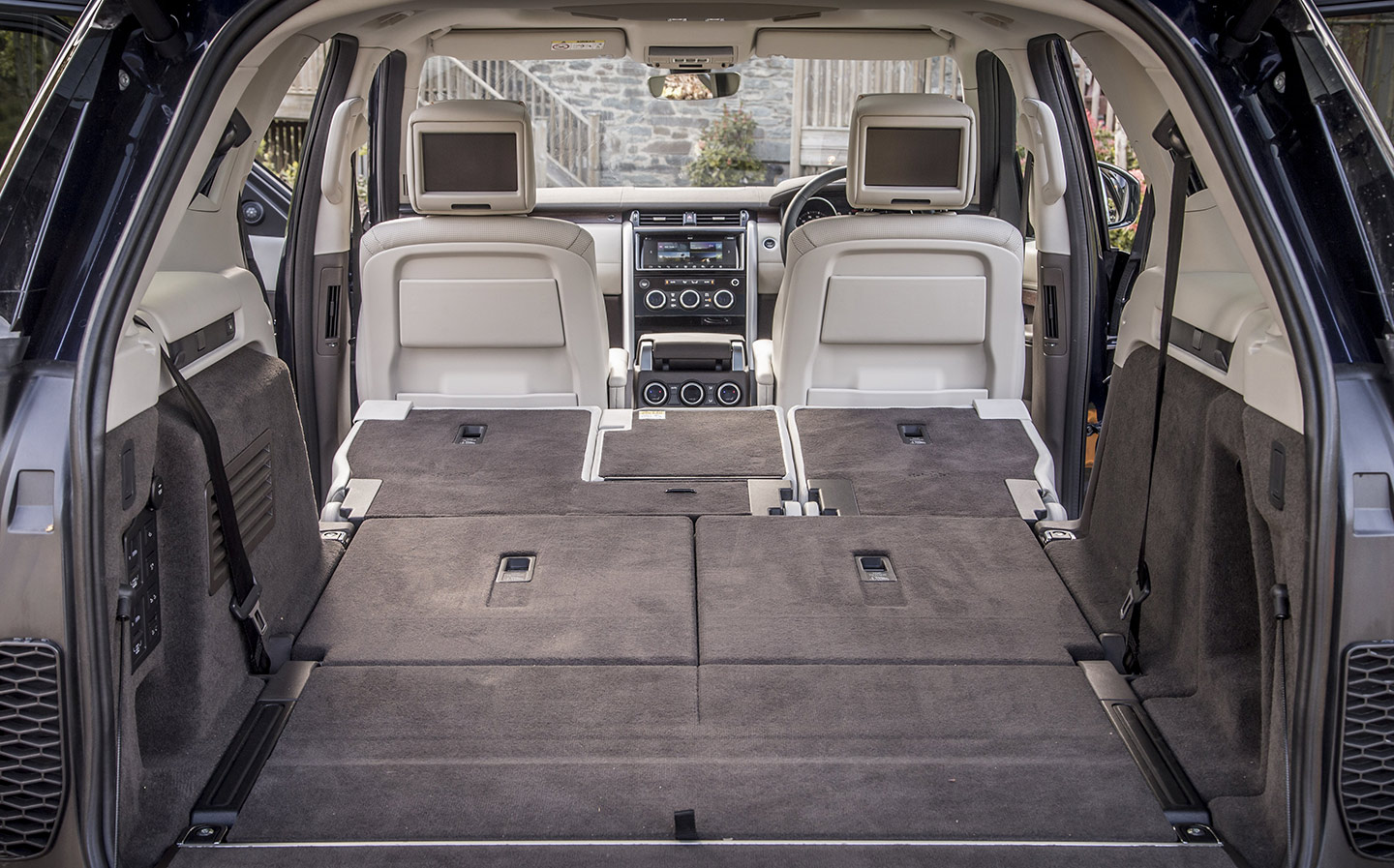 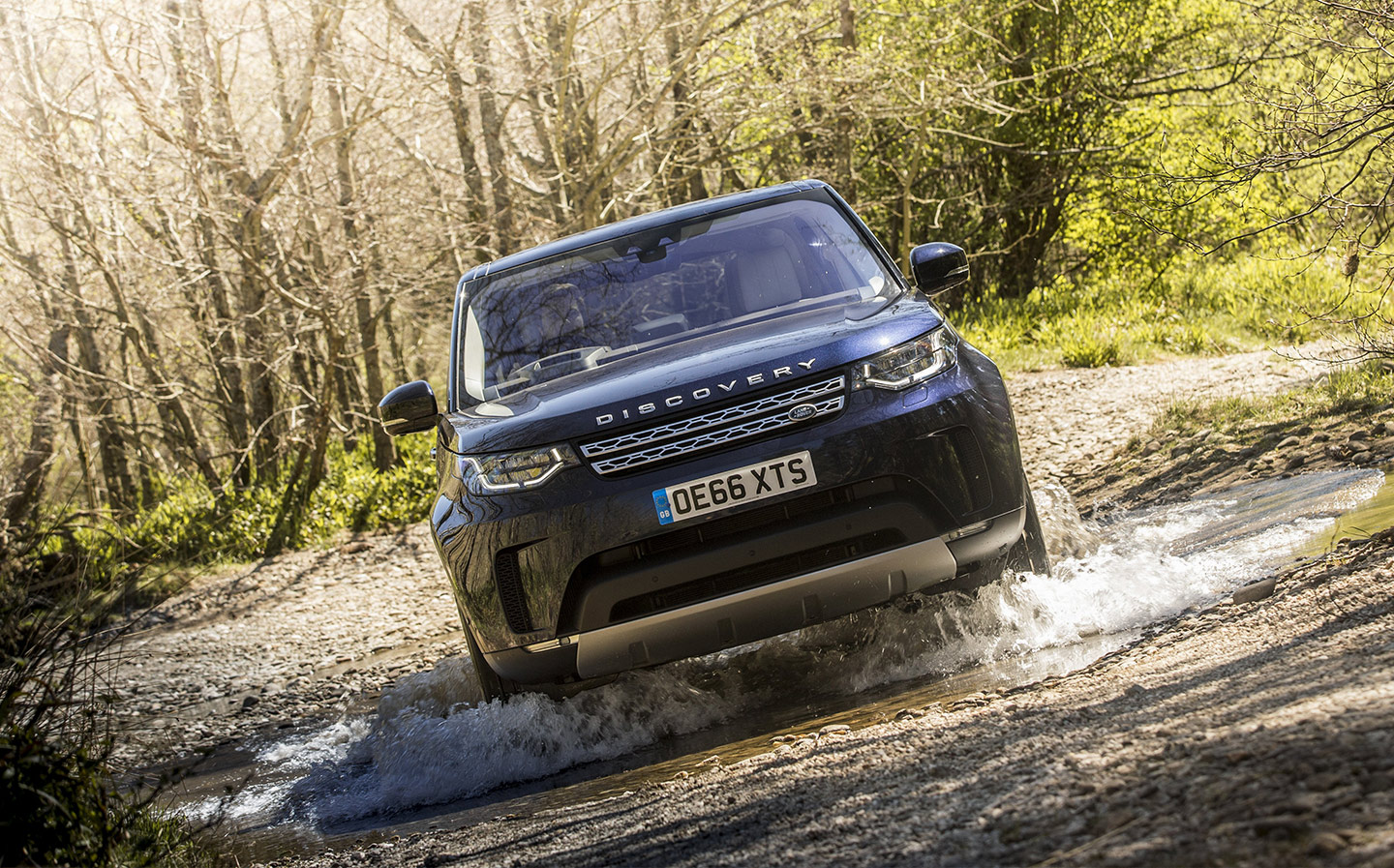 Share Article
Not the 4x4 you were looking for
At a glance
Pros
Pretty quick
Quite economical
Beats the rest off-road
Cons
Too big for suburbia
Too small inside
What's going on with the rear reg plate?
Specifications
Cars > Land Rover > Discovery

I HAVE always hated the Land Rover Discovery. The first model was cobbled together out of some steel girders and bits and bobs from the dying embers of Austin Rover. It had a shorter wheelbase than today’s Mini, looked stupid and was bought mainly by murderers.

They liked it because underneath the unreliable and ugly outer shell it had a Land Rover four-wheel-drive system, which meant it could be used to carry the bodies of those they’d killed far into the woods, where they’d never be found.

Eventually Land Rover decided that it looked too like an elephant on a unicycle to cut much mustard, and in 2004 it came up with a boxy’n’big seven-seater that for some reason had two chassis. I listened patiently to an engineer explaining why Land Rover had done this, but none of it made any sense, because the car weighed about 2½ tons. It didn’t drive over obstacles so much as flatten them.

However, unlike the first incarnation, it was aimed fairly and squarely at the family woman, so while it may have had all the off-road gubbins you’d need to get a severed head up Ben Nevis, the marketing and the packaging stated that this heavyweight was intended to be a school-run car.

It wasn’t any good at that sort of thing, though, because back then Land Rover’s engineers wore camouflage trousers and liked mud. Most, I suspect, didn’t know what children were. Which is presumably why you had to use two hands to lower the middle row of seats. And that was impossible if you were carrying a toddler. “What’s a toddler?” said someone from Land Rover at the time. “Is it a kind of machinegun?”

There were other issues too, such as if you raised the rear row of seats there was no boot at all. Which meant your dog had to be wafer thin and your children’s heads were only a few inches from the back window. I never thought that was ideal, so when the time came for me to get a seven-seat family wagon, I bought the Volvo XC90, and today I’m on my third.

“The Volvo XC90 is also far too big, but at least its size translates to plenty of space on the inside. That’s emphatically not the case with the Disco”

All of this, however, is ancient history, because there’s now a new Discovery and the first thing you need to know is: it looks ridiculous. It’s fine from the front, and if you squint, it looks quite good from the side too, but what were they thinking of at the back? The old model had an offset numberplate because the spare wheel was mounted on the outside of the tailgate. But the new model’s spare is not. So why stick with the off-centre plate?

The other issue is the sheer size of the damn thing. This is one of those cars in which you spend most of your time in suburbia, sitting at one end of a side road waiting for nothing to be coming the other way because it’s just too wide to squeeze by. You’d make faster progress on a cow.

That said, the new Volvo XC90 is also far too big, but at least its size translates to plenty of space on the inside. That’s emphatically not the case with the Disco. I was driven to a party in the back of it, and not since the old Ford Galaxy have I been so uncomfortable in the rear of a car. The seat was too hard, the legroom was tight and the backrest adjustment offered a simple choice: bolt upright, or very nearly bolt upright. This is easyJet economy seating.

To make matters worse, the front-seat headrests look like ET’s head after he’s been stung by a wasp. This is because, in my test car, each of them housed a television, but, hang on a minute, has no one told Land Rover these days TVs don’t have to have tubes at the back? They can be thin.

Further back things get quite interesting because when you open the tailgate, you’re presented with a wall of buttons such as you would find in the wi-fi router room on the Starship Enterprise. This means that the seats can be raised and lowered individually, using electricity, and that’s brilliant.

However, before you can do any of this, you must put your toddler in the gutter, climb inside and remove the bar in which the boot’s roller blind is stored. Oh, and you must also be careful not to push the button that makes the back of the car rear up into the sky.

Still, when you’ve removed the internal bar, parachuted back to earth and retrieved your child from the gutter, you do have a seven-seat car. And still, despite the external dimensions, a pathetically small boot. The only advantage to this is that children can say to their teachers: “I haven’t brought my homework in. There wasn’t space in the car.”

As a practical everyday proposition, then, the Disco is soundly beaten once more by the big Volvo. And the Range Rover Sport, which is also available with seven seats.

“It has every toy from Land Rover’s extensive off-road box of tricks, which will allow it to get further into the woods than the constabulary’s BMW X5s”

So what’s it like as an actual car? Well, it’s pretty good. The diesel unit is a bit shaky at tickover, but once you’re on the move, it settles down to a gentle hum, and when you put your foot down, it makes a rather endearing growly noise.

There’s a fair turn of speed too, and because it has only one chassis, it doesn’t weigh more than a mountain, meaning it’s reasonably economical. Plus, of course, it has every toy from Land Rover’s extensive off-road box of tricks, which will allow it to get further into the woods than the constabulary’s BMW X5s.

But, apart from the nation’s murderers, who cares about that? Farmers all use Mitsubishi and Nissan pick-ups now, and rightly so. They go anywhere, and you can fill them with sheep and not care.

City boys wouldn’t be seen dead in a Disco. It says they’ve had a bad year and can’t afford a proper Range Rover. And school mums are better off with a Volvo.

If you are a casual off-roader — the odd gymkhana and a bit of light tree-felling at weekends — the old Disco made a bit of sense, but this new one’s too plush and too fragile. And if your heart is set on a Land Rover, there’s the Range Rover Evoque, the incredibly good-looking and very appealing Range Rover Velar and the proper and still brilliant Range Rover.

With all that lot dotted around the showroom, who’s going to say, “Mmmm, yes, I’d like the stupid-looking Discovery, please”?

I can think of only one man. Britain’s most famous Discovery owner. Kenneth Noye. Who happens to be in jail for murder.