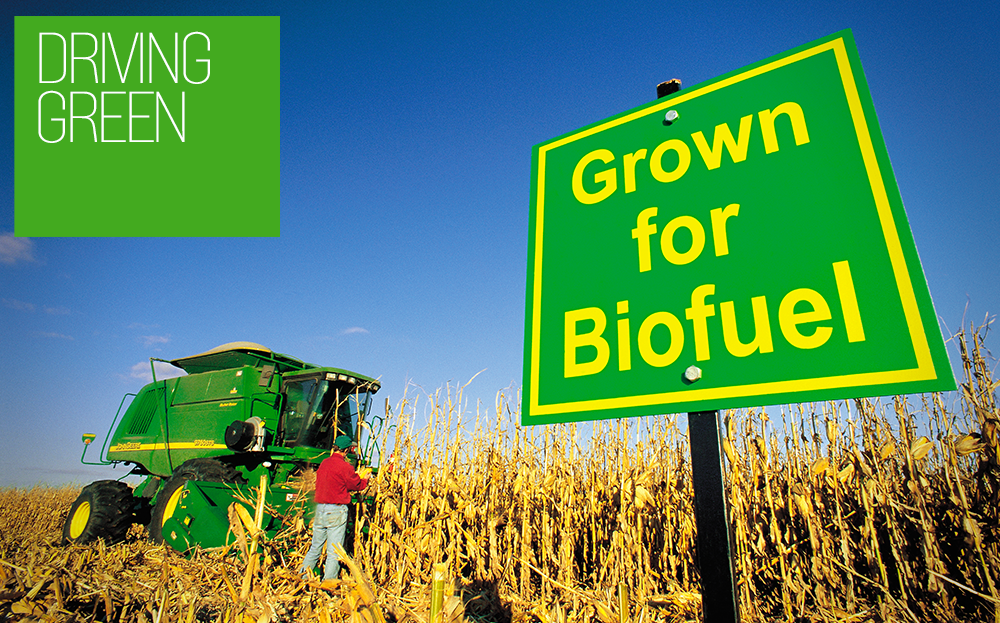 ALL FUELS are a cocktail of chemicals. Creating the perfect fuel is always a compromise as there are so many demands to be accommodated. The fuel needs to burn cleanly, emit as few pollutants as possible, while it must be also able to be stored and transported. Crucially, it must also not leave loads of harmful deposits all over the inside of the engine, clogging things up.

Diesel can be turned into biodiesel by adding vegetable oil from plants such as oilseed rape, or sunflower, soy or palm oil. This additive comes with the catchy name of Vegetable Oil Methyl Ester (VOME) and under European regulations, no more than 5% of biodiesel can be the VOME element. According to Citroen, using biodiesel in place of regular diesel, CO2 emissions are cut by 18% and particulate emissions are slashed by 22%.

Renewable additives can also be combined with petrol, to create bioethanol. This time, the additive is ethanol, which is a type of alcohol produced by fermenting sugar (beet or cane) or starch made from cereals such as wheat or corn. Under EU law, petrol can consist of up to 10% ethanol; this fuel is known as E10. But in some countries – most notably Brazil and Sweden – E85 is offered. As the name suggests, 85% of this fuel is ethanol.

On the face of it, biofuels are good news all round, but it’s not quite that simple. Growing the necessary crops uses lots of land that may well be needed for food production, so biofuels puts pressure on land use. Also, older cars don’t have fuel systems that can cope with all of the ethanol in E10; rubber hoses and injection systems can be harmed by using high-ethanol petrol too much.

However, most fuel companies use up to 5% ethanol in their regular unleaded petrol, and that’s been the case for many years. But EU law was changed in 2013 to allow fuel companies to add up to 10% ethanol to petrol, instead of the previous 5%. As a result we can expect to see the concentration of ethanol going up – although petrol pumps have to be labelled if they’re dispensing E10.

So if you’ve got a classic car, be careful what you feed it. Many fuel companies don’t add any ethanol to their super-unleaded products, so if you’re running a classic car and you want to keep your fuel system in good condition, running on super-unleaded is probably the way forward.