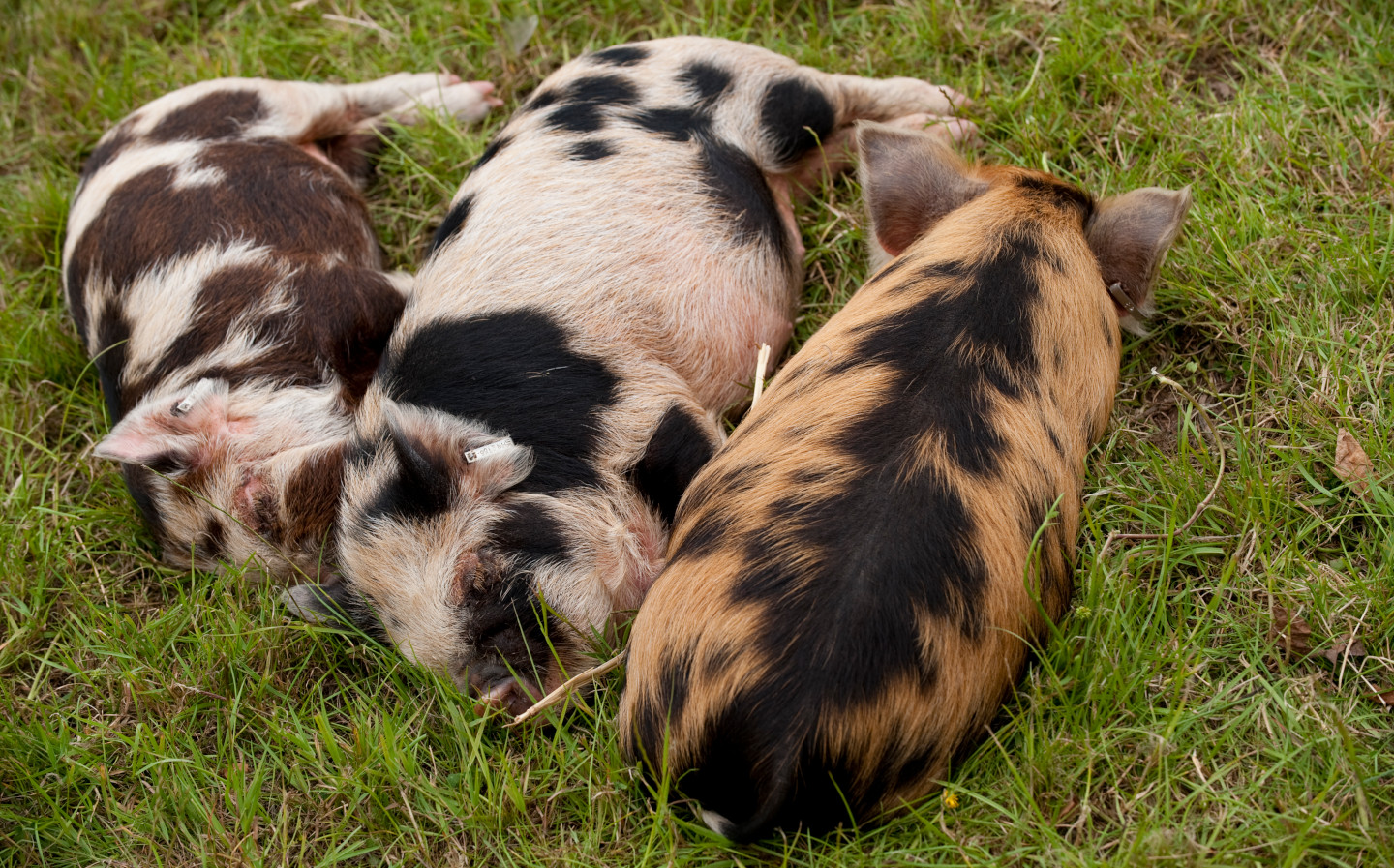 THIS WEEK scientists reported that pigs are clever enough to play basic Pong-like computer games. Jeremy Clarkson may have read that with interest, given that in today’s Sunday Times Magazine he has revealed that keeping swine on his farm has put him off eating pork.

The Grand Tour host said he bought the pigs in order to ensure a constant supply of porcine products at his dinner table, after realising that many of his favourite foods contained pig, including bacon sandwiches, sausages and his signature pork and pepper pasta.

However, their humanoid nature has made him reluctant to send them to the abattoir.

On paper, keeping pigs has many benefits for farmers. As well as being profitable, they make the soil more fertile thanks to their foraging, and produce manure that can be used to aid the growth of vegetables, minimising the need for chemical intervention.

However, the still relatively novice farmer — who is soon to be the star of an Amazon Prime documentary about his career transition — has become more aware of his limitations, so he decided to do a test run with just two pigs. He opted for a pair of kunekunes, which he described as “the must-have labradoodle of farmyard animals”.

Upon delivery of the animals he realised that they were surprisingly endearing, with eyelashes that reminded him of the Sixties model, actress and singer Twiggy (a comparison to which she may not take too kindly, perhaps).

This is because pigs have a surprising number of similarities with humans, Clarkson says. Animal geneticists have found that pigs are one of the closest large animal species to humans, and they are often used in medical research due to their anatomical similarities.

Likewise, their skin is traditionally used by tattoo apprentices due to its likeness to human skin, and as Clarkson noted in his column, weapons specialists have in the past used pigs to test the effectiveness of bullets.

However, their similarities with humans are not just skin deep. Pigs are famously intelligent: they know to disregard their own faeces (contrary to the famous assertion in Pulp Fiction that “pigs sleep and root in sh*t”); they can recognise themselves in a mirror; and can even be taught to operate a computer joystick, according to the recent study from Purdue University in Indiana.

What’s more, Clarkson found them to have distinctly human behaviours, including the desire to escape when confined. In fact, both of his pigs — which he named after Stephen Hawking and Stephen Fry, on account of their smarts — charged the electric fence around their pen on their first day at Diddly Squat farm, resulting in a four-hour attempt to re-catch them.

“Yesterday morning I noticed they’d turned their house into a vaulting horse and in the afternoon I received a call to say that one of them was riding a motorcycle down the fence line between Germany and Switzerland,” Clarkson joked, in a reference to the Steve McQueen classic The Great Escape.

After dealing with their stubbornness and “scrunched-up faces” for a while, Clarkson now views his pigs more as children than pork, leading to his moral quandary. So, rather than taking his pigs to the abattoir, he is spending his time coming up with a new signature dish.

You can read Jeremy Clarkson’s full farming column on The Sunday Times website, or in today’s Sunday Times Magazine.

– After reading about how owning pigs has put Jeremy Clarkson off pork, you might be interested in his last farming column, about how farming is keeping him fit.
– If you’re more interested in Clarkson’s car reviews, you’ll want to read his one-star review of the new Jeep Renegade plug-in hybrid.
– He was more complimentary about the new BMW M440i, a car that he adorned with a five-star rating.