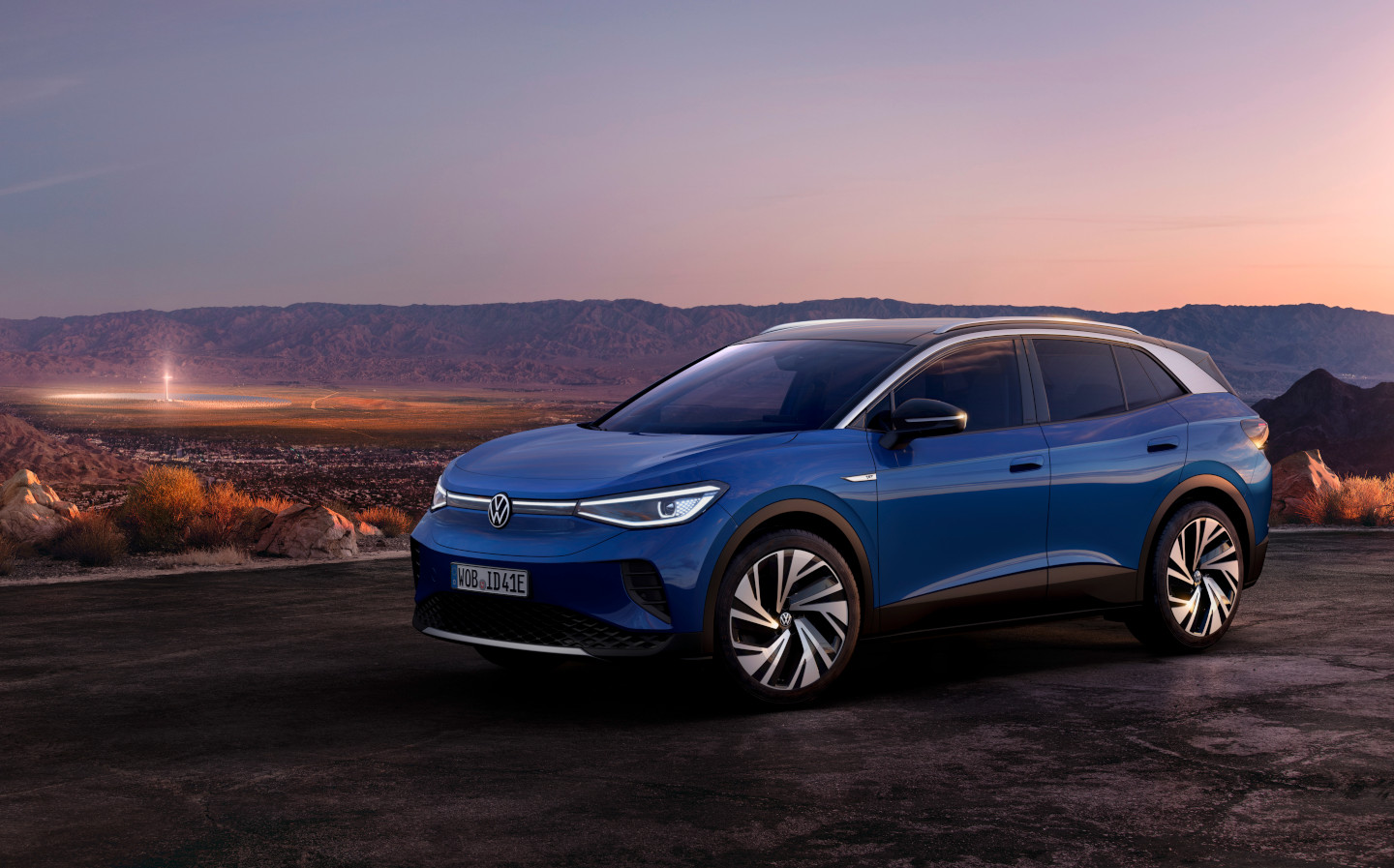 VOLKSWAGEN predicts that it could deliver “well over” 100,000 units of its new ID.4 electric SUV during 2021, it revealed yesterday.

The German car maker announced in a press release that its answer to the Tesla Model Y is now on its way to global markets, and expects the car will contribute to its goal to manufacture 1.5m pure-electric cars per year by 2025.

Manufacturing of the ID.4 began at Volkswagen’s plant in Zwickau, central Germany, last August. Like the ID.3 hatchback, which hit the UK’s roads late last year, it is being made at the plant in a carbon-neutral manner, and models manufactured at Zwickau will arrive to customers with a carbon-neutral footprint.

Production lines are also rolling at two factories in China, while further production in Tennessee, USA and Emden, Germany will begin next year.

“With the global launch of the ID.4, we will get even more people excited for electric mobility, giving our electric offensive an additional boost. We hope to deliver well over 100,000 ID.4s to customers this year alone,” said Board Member for Sales Klaus Zellmer.

Zellmer also revealed that VW has already received 17,000 orders for the ID.4. Two thirds of these are from European customers, with the remaining third split between China and the USA. VW said upon the car’s release that it would sell 27,000 units of the ID.4 First Edition trim before rolling out pre-configured specifications were rolled out.

Chinese customers will be able to choose between two variants of the car: the ID.4 Crozz (which takes the name of the concept that preceded the ID.4) and the ID.4 X, which is slightly higher and longer than the ID.4 Crozz.

What is the Volkswagen ID.4?

The ID.4 is Volkswagen’s first foray into the rapidly expanding world of pure-electric SUVs. Fully revealed last September, it’s based on the same underpinnings as the Golf-sized ID.3 hatchback, as well as other forthcoming electric SUVs coming from the VW Group including the Skoda Enyaq, Audi Q4 e-tron and Cupra Tavascan.

All initial versions of the ID.4 will come in rear wheel drive guise, with a 201bhp electric motor positioned between the wheels on the rear axle. A more powerful, range-topping all-wheel drive variant is expected to be announced later this year.

What is the range of the Volkswagen ID.4?

When kitted out with a 77kWh battery pack, the ID.4 has a claimed range of 323 miles, which exceeds the range of some more upmarket electric SUVs that are currently available, including the Jaguar I-Pace (292 miles) and the BMW iX3 (286 miles).

It also holds its own against upcoming rivals such as the Nissan Ariya (310 miles) and Ford Mustang Mach E (between 273 and 379 miles depending on battery size), as well as the Tesla Model Y, which is scheduled to arrive in the UK this year with a range of 314 miles in its long-range guise.

Tesla, which became the most valuable car maker in the world last summer, delivered nearly 500,000 cars last year, despite the adverse effects of the ongoing coronavirus pandemic. Together the Model 3 (its entry level saloon) and the Model Y made up 89% of those sales.

Official figures do not reveal how that 89% is split between the Model 3 and Model Y, but aftermarket data suggests that the Model Y might now account for 70% of Tesla’s US sales.

The VW ID.4 first edition will cost £49,495, and UK deliveries will commence in the coming months.