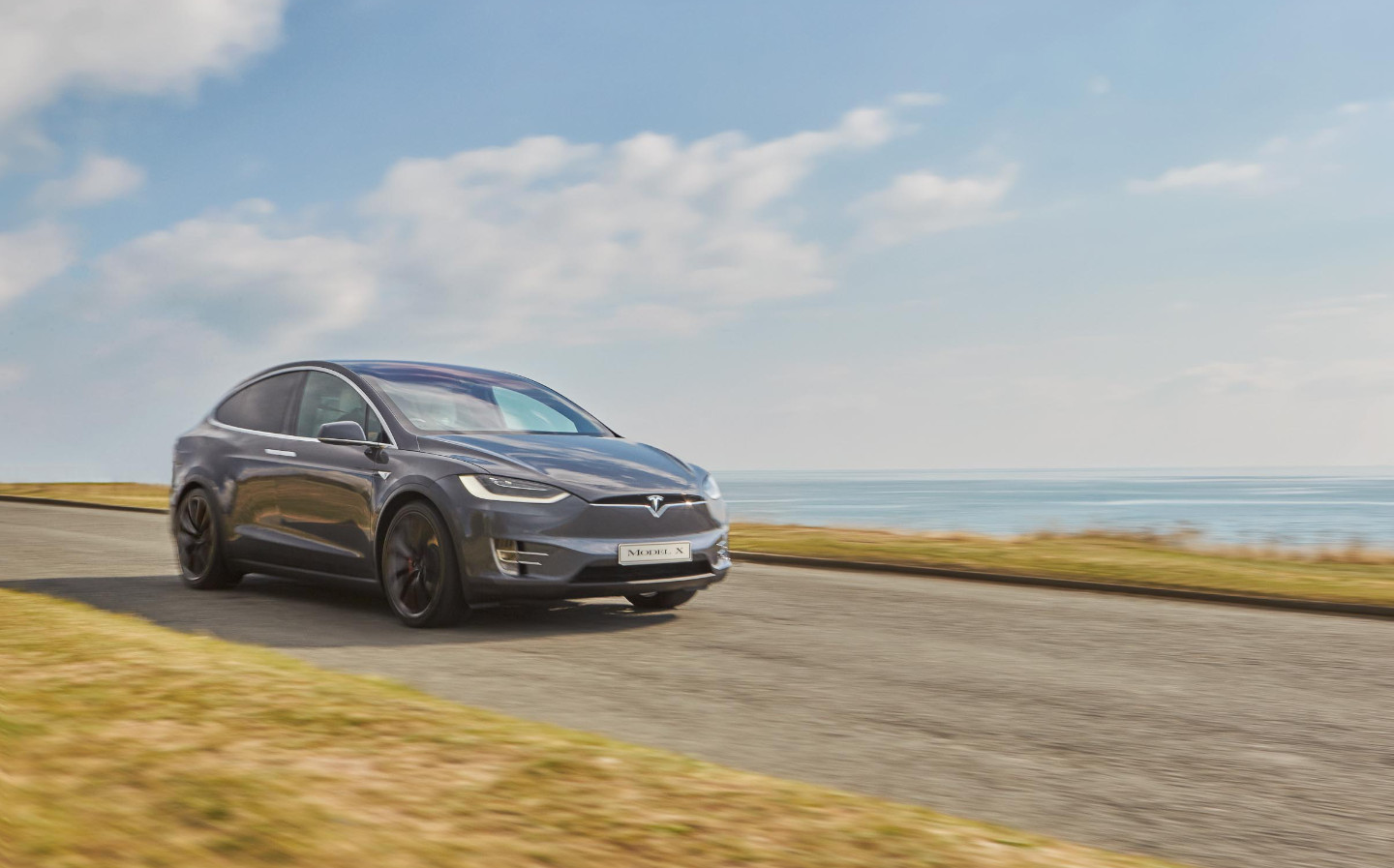 CAR MAKERS are under increasing pressure as far as environmental credentials go — and rightly so, given that 33% of all carbon dioxide emissions come from the transport sector, according to a 2018 government report. But the scrutiny now goes way beyond exhaust emissions, with the focus now on how much damage is done to the environment throughout the production process, from the power used by factories to whether parts and materials have been ethically sourced.

In what has been one of the biggest and most important times for motoring in its history, companies are being forced to turn their cars from petrol-guzzling, leather-bound machines into sustainable chariots of the future, powered by electricity and decked in more recycled materials than a zero-waste shop.

And with solving cars’ environmental issues being one of the main keys to tackling the climate change crisis, car makers are having to take a multi-pronged approach. Here are five ways they’re getting greener. 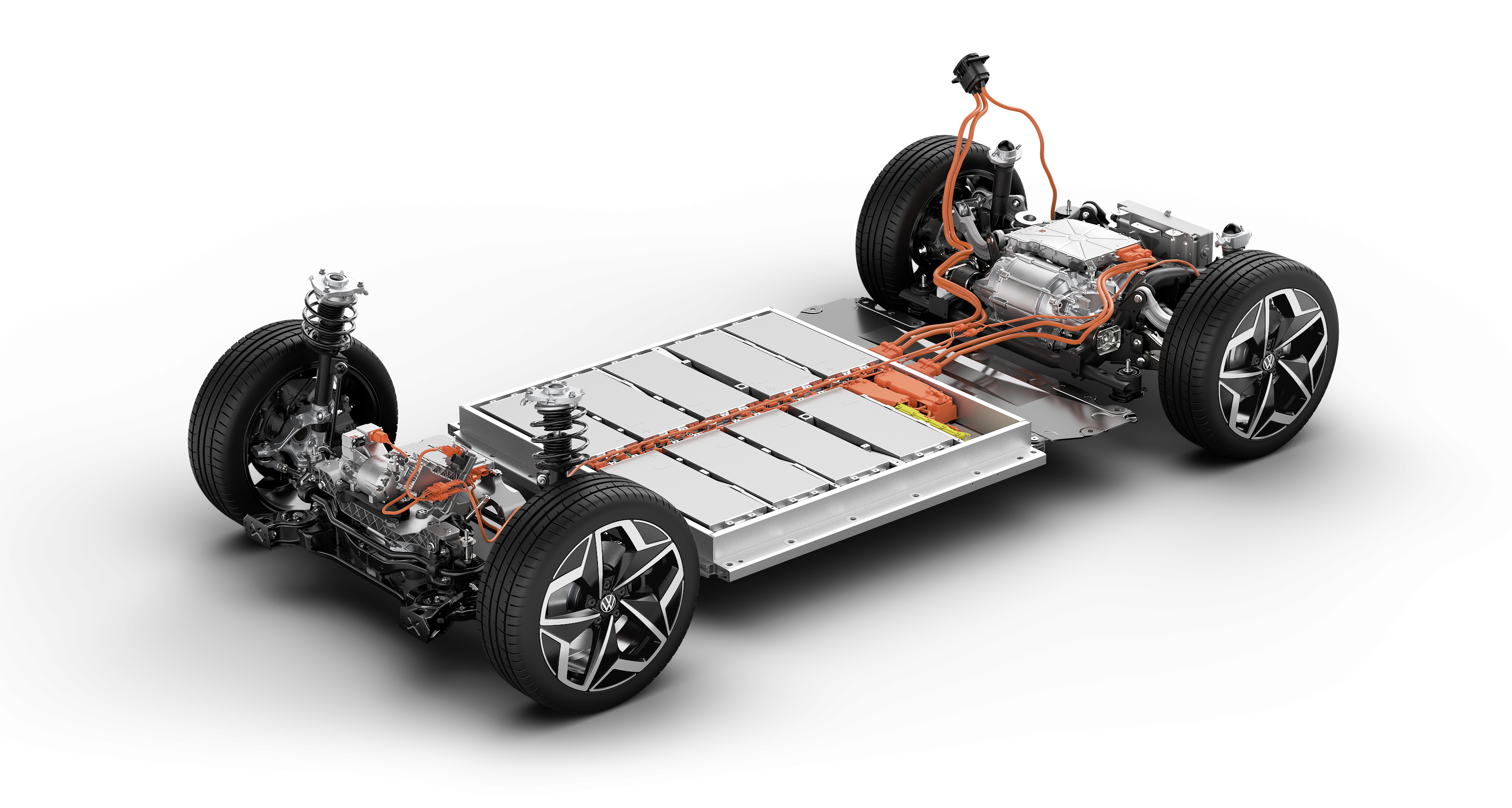 Car makers had plenty of space to improve the internal combustion engine: better machining and materials, “downsizing” and the increasing use of turbochargers, lighter components and carbon-coated pistons all help improve fuel consumption and reduce emissions. In addition, by dripping AdBlue solution into the exhaust of modern diesels, much of the harmful nitrogen oxide is neutralised.

But that’s not going far enough for legislators. By 2035, the sale of new petrol and diesel cars will be banned in the UK, and it’s expected all hybrids will be included in the legislation, too. According to reports, Boris Johnson is preparing to announce that this date will be brought forward to 2030, bringing the UK in line with other European countries such as Ireland, Sweden, Denmark and the Netherlands.

Which is why car makers are charging ahead with line-ups of pure-electric cars. Tesla can be counted as a market disrupter in the electric car world, and Renault-Nissan was an early adopter, but today all major car makers all investing heavily in zero-emission vehicles. For example, Volkswagen Automotive Group (VAG), which five years ago was rocked by the dieselgate scandal that affected the VW, Seat, Skoda and Audi brands, has now committed to being carbon neutral by 2050, investing 33bn by 2024 in electro-mobility.

While VAG’s mass-market brands already have electric or plug-in hybrid models on sale, and even Porsche now has an electric sports car (the Taycan), the group is reportedly also looking to offload some of its more combustion-heavy marques including Bugatti and Lamborghini in order to focus on the brands that can more easily transition away from petrol power.

Even niche sports car brands are now strapping electric motors to their cars rather than beefy engines: Lotus is developing a range of pure-electric models in addition to preparing for the release of the off-the-rails Evija hypercar next year.

Tesla isn’t standing still, either: it has announced it will begin making its own “tabless” batteries, which will improve its cars’ range and price, while a number of startups (many in its own hometown of California) nip at its heels. 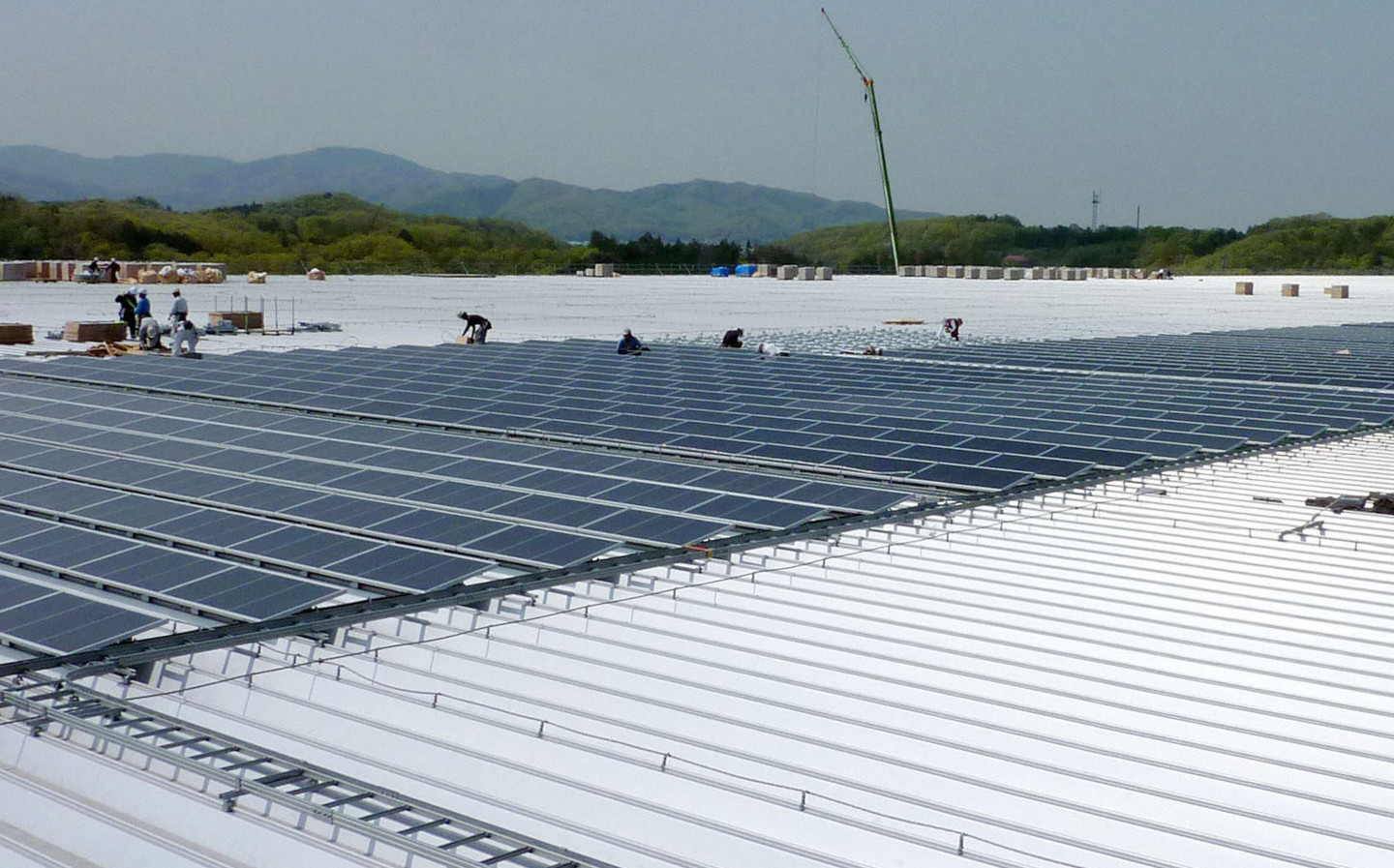 As the world concerns itself with a potential environmental catastrophe, scrutiny is not just on the emissions coming from the exhaust pipes of vehicles, but how the cars themselves are made — after all, there’s no point driving a “zero emission” car if years of carbon emissions went into manufacturing it.

Honda relies on a solar farm made up of 40,000 photovoltaic panels at South Marston for the majority of the power used at its factory in Swindon (which sadly is closing next year). BMW’s Mexico factory has in-built solar panels, which by this year were intended to power the whole plant, and Volvo also has a carbon neutral factory. A whole host of brands are aiming to make their plants carbon neutral at various points across the next decade.

Meanwhile, Volkswagen is pulling out all the stops to reverse its damaged environmental reputation, and has produced the new ID.3 hatchback, arguably its flagship mass-market electric model, so that it is carbon neutral when it leaves the company’s Zwickau plant in Germany, with the factory running on 100% green energy from wind and solar. It also required the company that makes the ID.3’s battery cells (an unavoidably energy-intensive process) to use 100% green electricity during production, and has recently appointed a watchdog to analyse its EV supply chain. 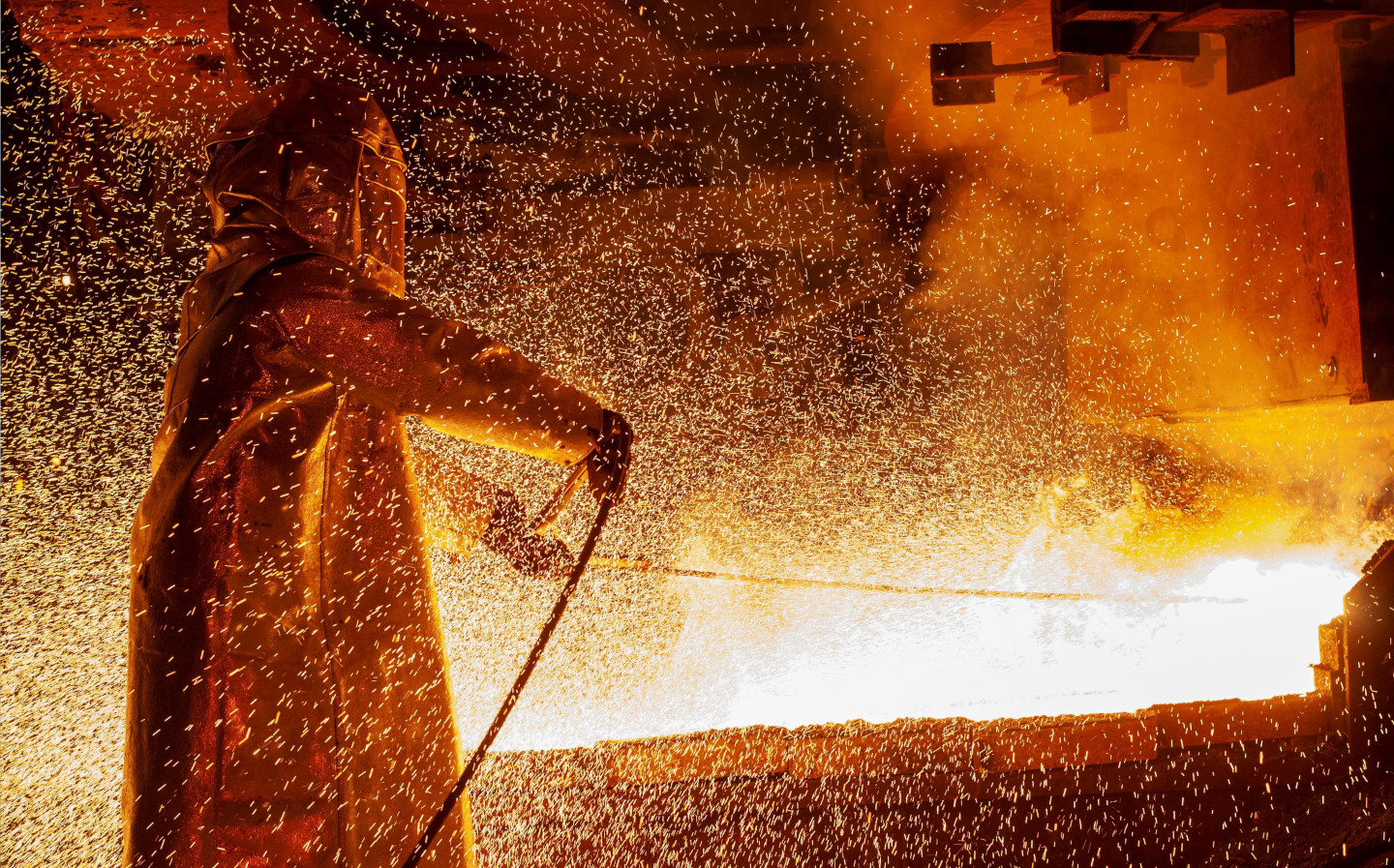 On more of a micro level, the mining of materials for lithium-ion batteries used in pure-electric cars (as well as our phones and laptops) is potentially highly problematic, especially when it comes to nickel and cobalt, the procurement of which can have both adverse ethical and environmental impacts. Sixty percent of the world’s cobalt comes from the Democratic Republic of Congo (DRC), where so-called “artisanal” miners — who use unethical practices including child labour and poor safety standards — provide around a third of the supply.

The world’s biggest supplier of Nickel, meanwhile, a Russian company called Nornickel, became embroiled in scandal last year after it spilt approximately 20,000 tons of diesel into a Siberian River. President Putin criticised the company for its failure to promptly report the spillage. (When Putin criticises you for shady behaviour, you know you’ve screwed up). Meanwhile, the use of a process called acid leaching, which is used to turn nickel into a material usable in batteries, creates a ton and a half of waste per ton of product, which might be disposed of at sea.

While the use of nickel is still widespread (Tesla CEO Elon Musk has called for worldwide production to be scaled up, while BMW told Driving.co.uk that its supplier is Nornickel), companies are making efforts to reduce their use of cobalt. BMW has previously committed to not using cobalt sourced in the DRC, while Tesla partnered with Chinese battery manufacturer CATL to produce a cobalt-free battery, and announced at its Battery Day last month that it would make cobalt-free batteries in house (although it did not reveal on what time scale). 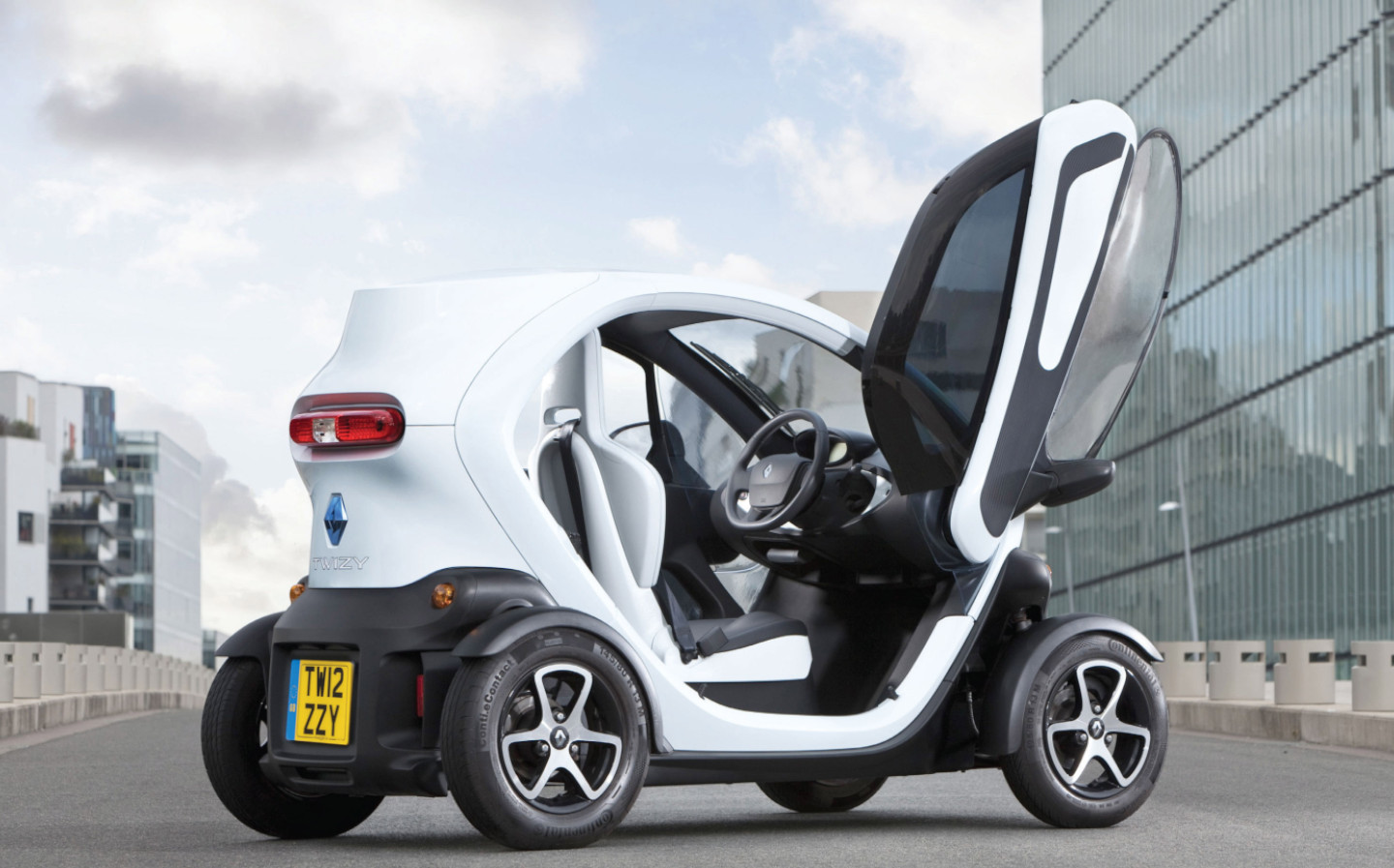 For the longest time, leather was the upholstery choice that screamed status. Now, however, there is a gradual shift going on among more progressive carmakers towards more sustainable materials. While the top car in Money.co.uk’s Kinder Cars Index, which rates vehicles based on their leather content and other environmental credentials, is the fairly impractical Renault Twizy (pictured), the excellent Renault Zoe and Polestar 2 made the top three. In addition to being pure-electric, none of them use leather in the cabin. Other vehicles in the top 10 such as the Fiat 500, Citroen C1, Dacia Sandero and Renault Clio may run on fossil fuel but they don’t feature animal skin in the cabin. Tesla, meanwhile, uses leather on its steering wheel as standard but will replace it for a vegan alternative at no extra cost. 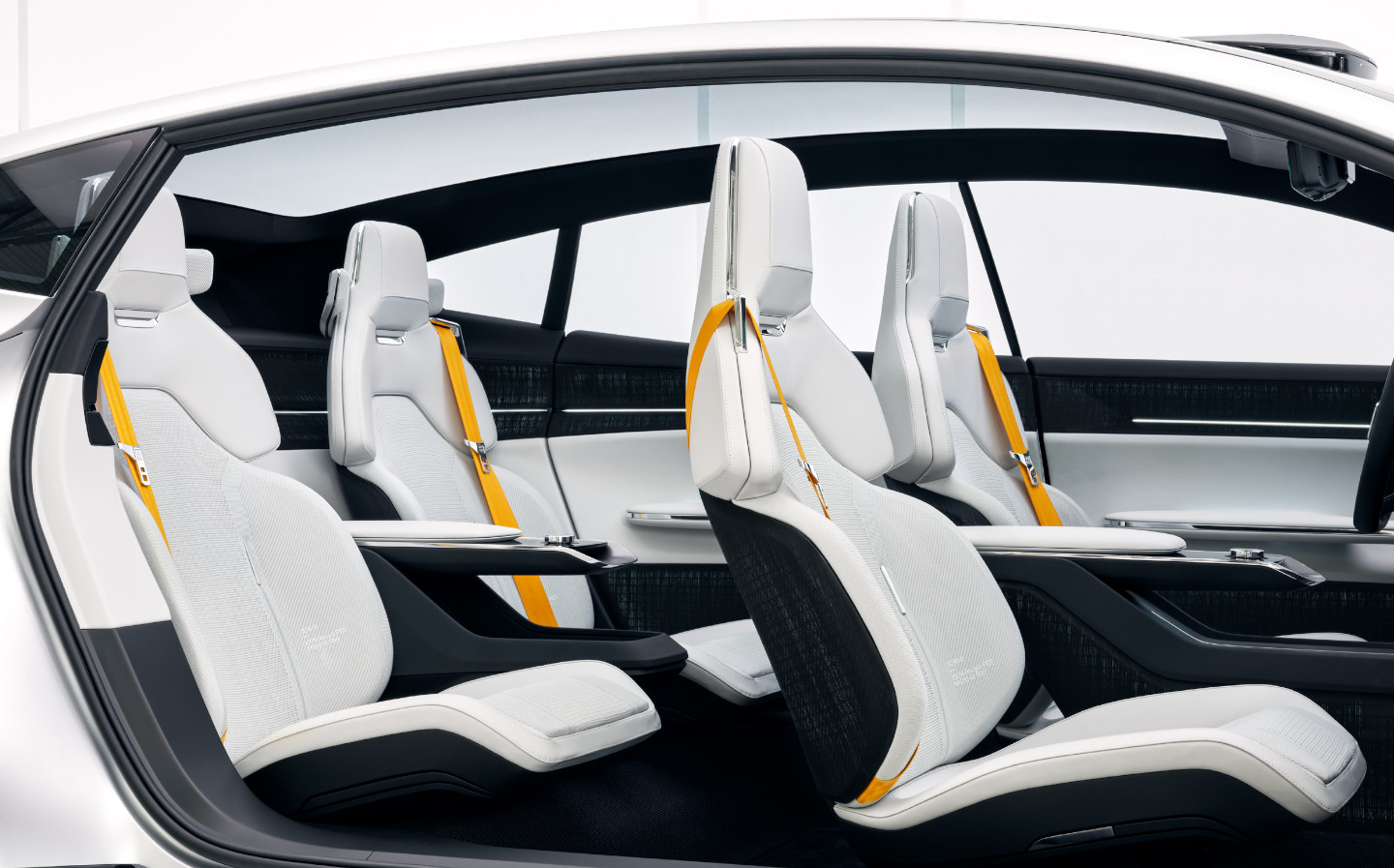 Polestar’s next release, the Precept grand tourer, has so many recycled parts that calling it a “new” car feels deceptive: as well as having a completely vegan interior, the headlining is made from 100% recycled plastic bottles, the carpets are made from recycled fishing nets and the headrests are made with cork recycled from the wine industry.

The car maker’s parent company, Volvo, has previously announced its aim to use 25% recycled plastics by 2025, while the XC40 compact SUV has carpets made from 97% recycled PET plastic bottles. Other carmakers who use recycled plastic in their interiors include Toyota, Ford, Nissan, Honda and VW.