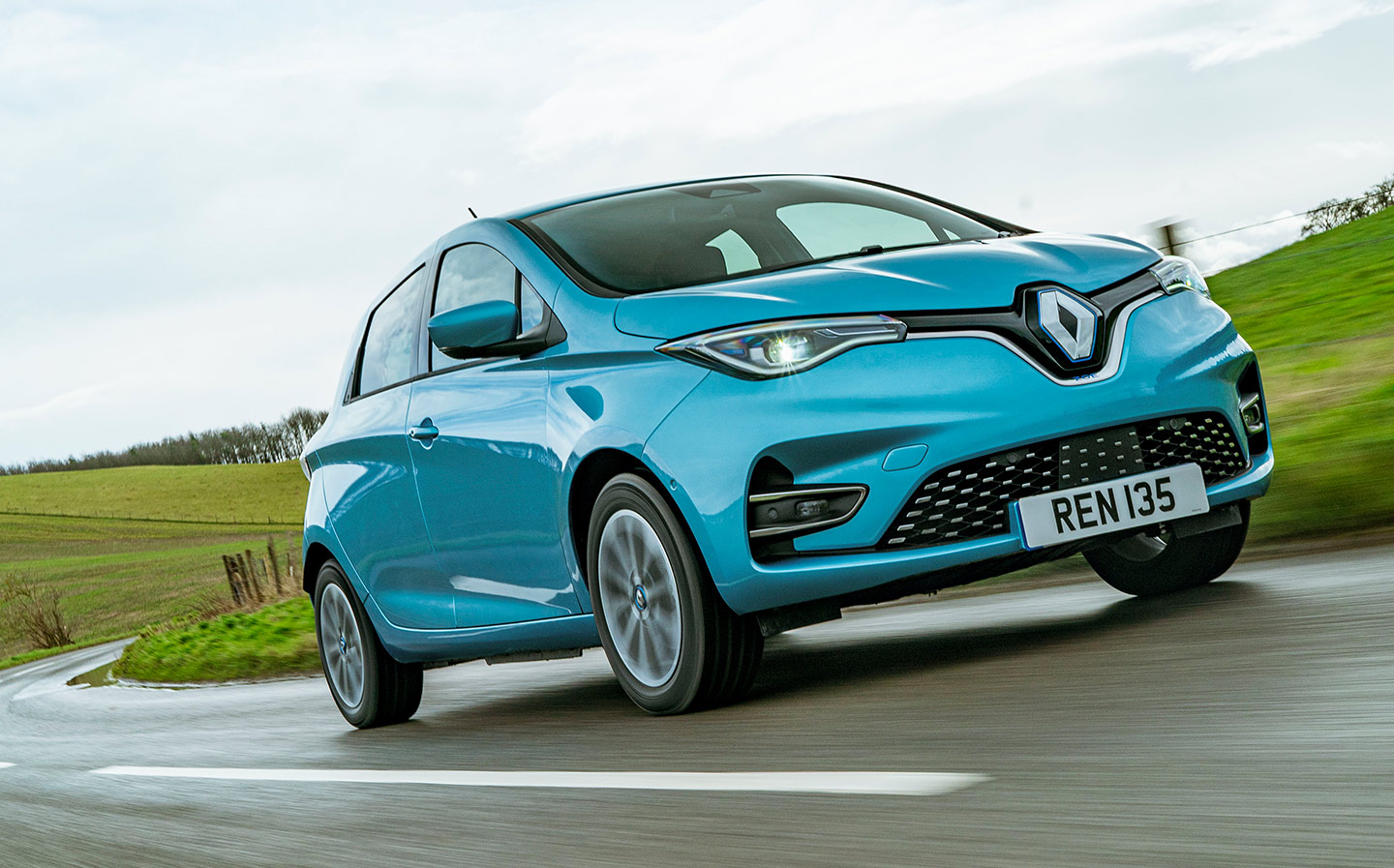 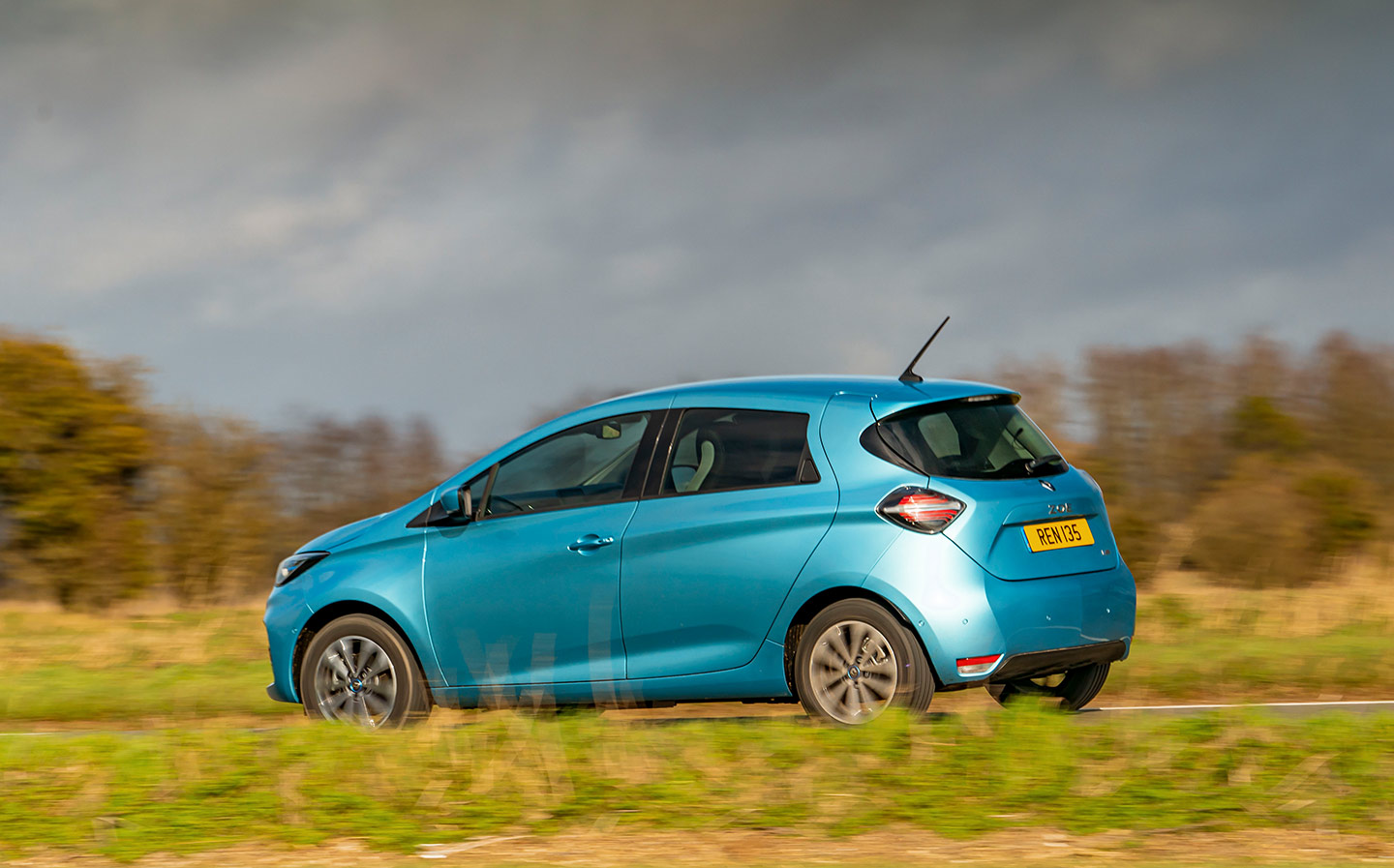 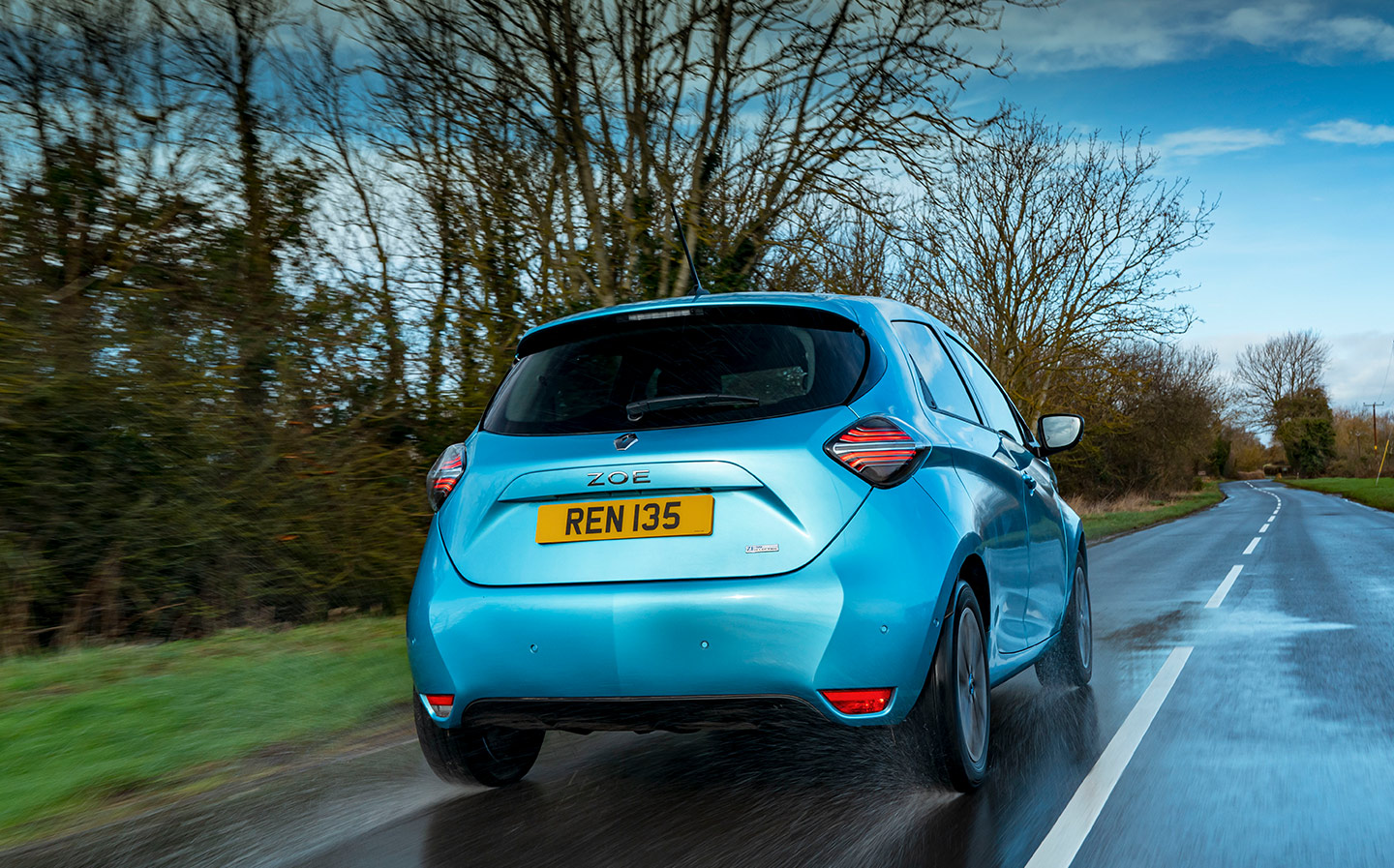 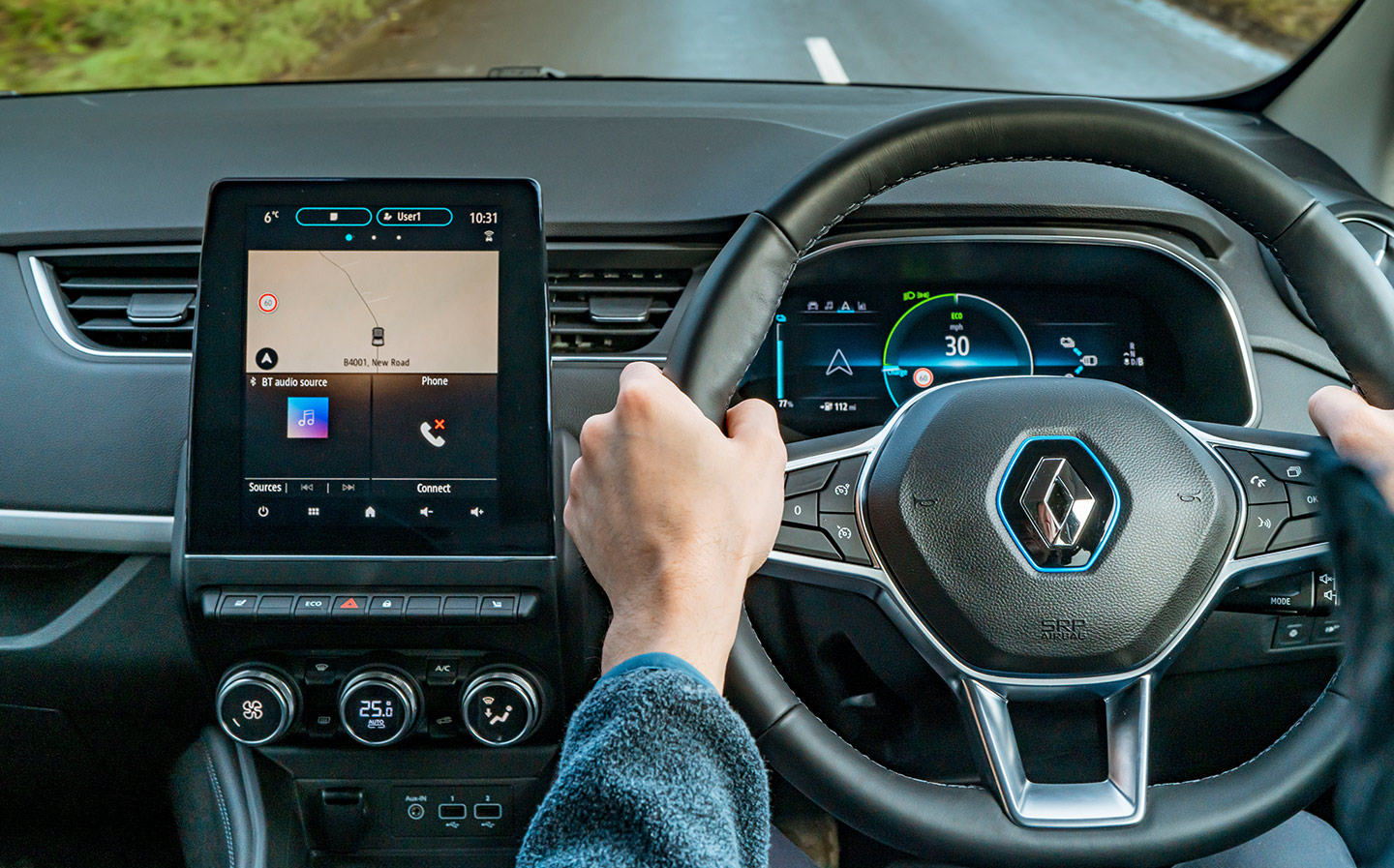 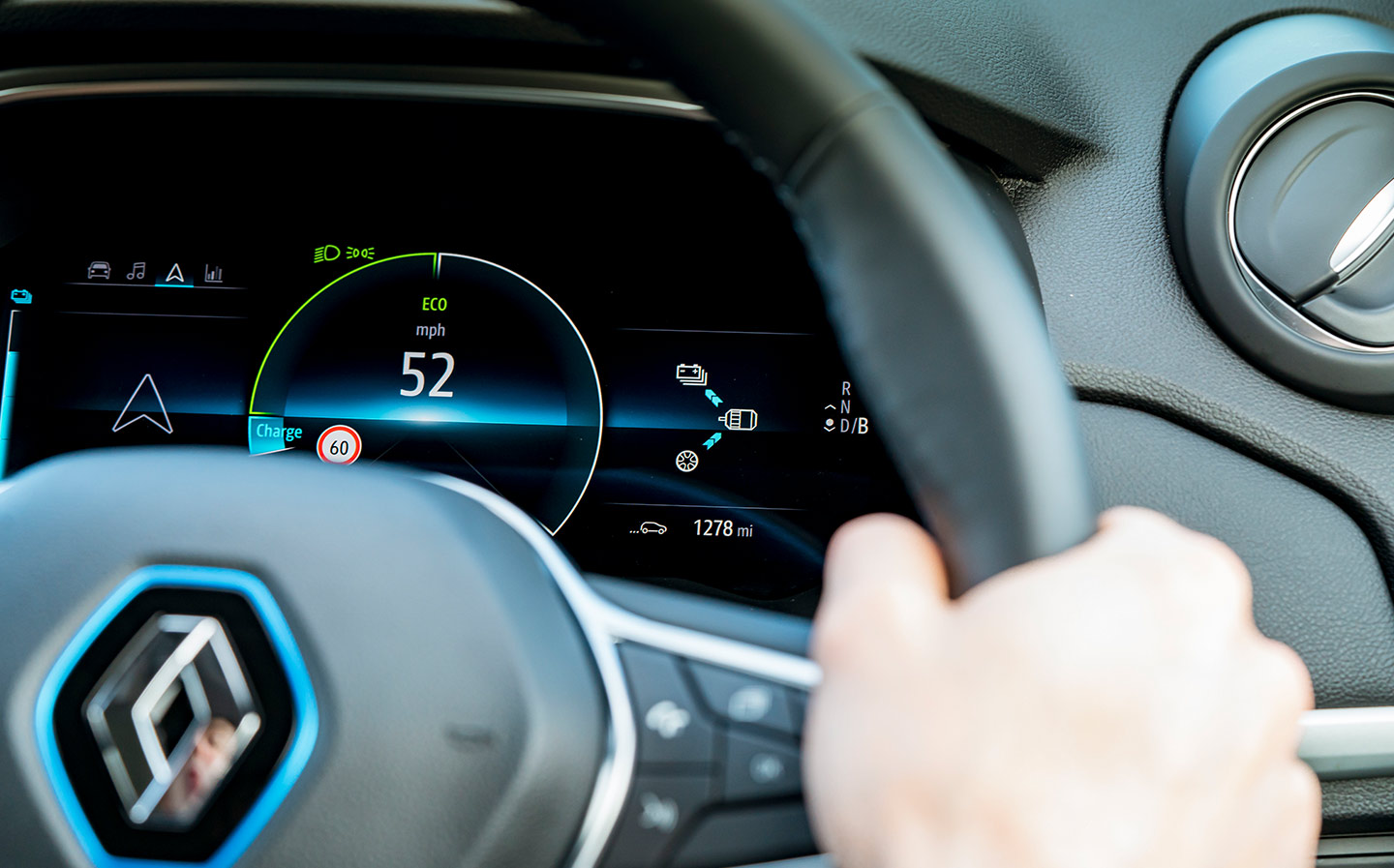 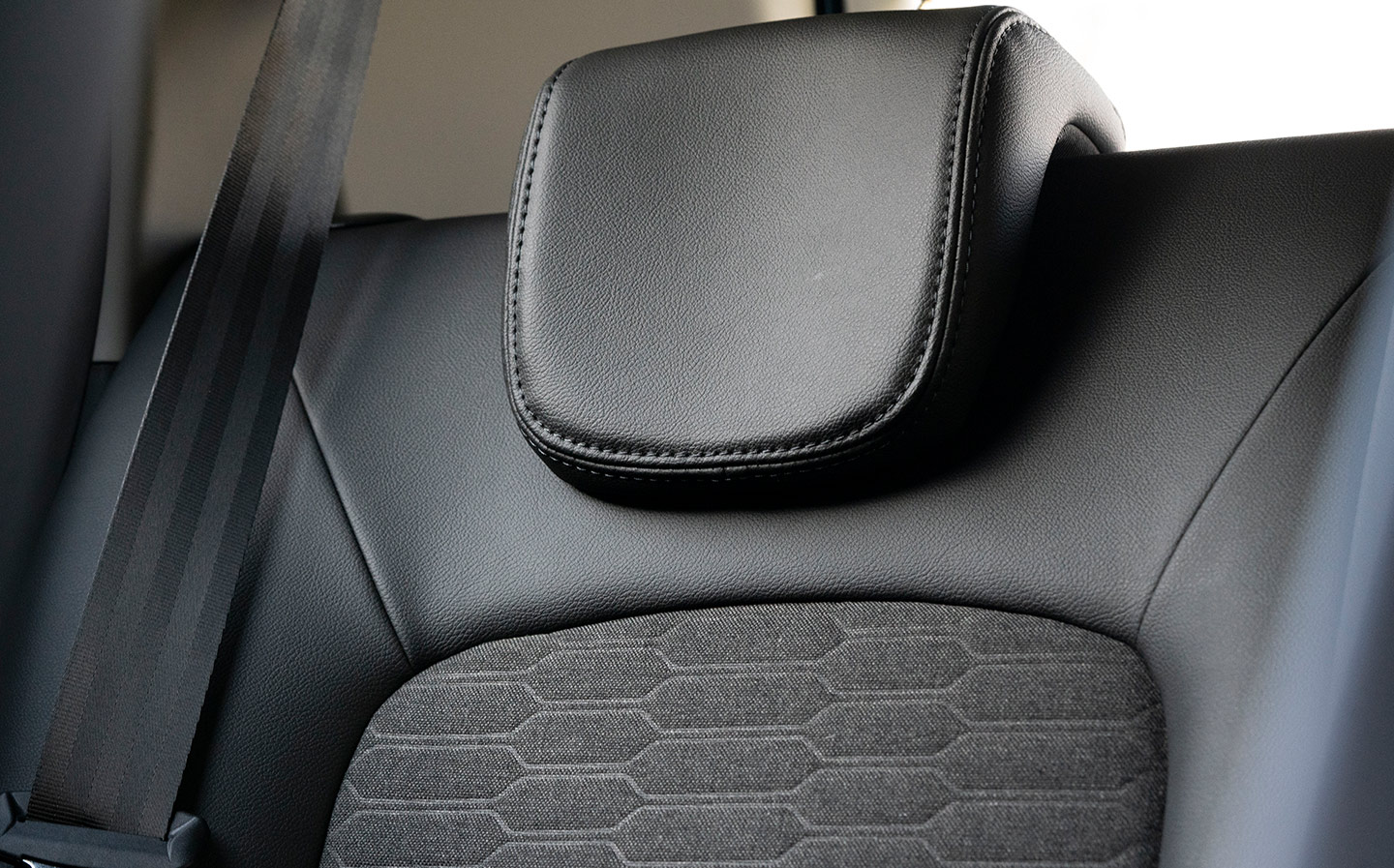 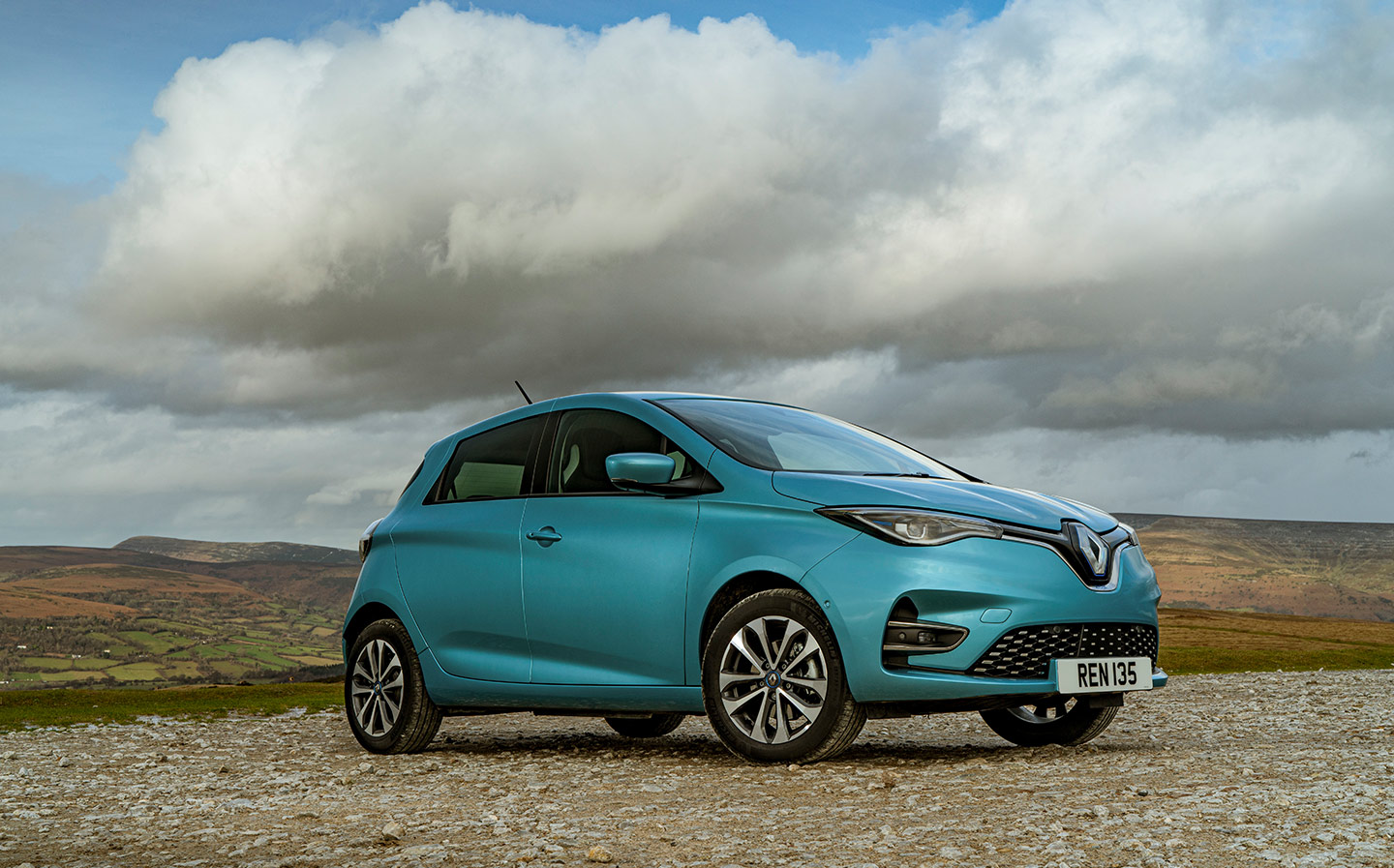 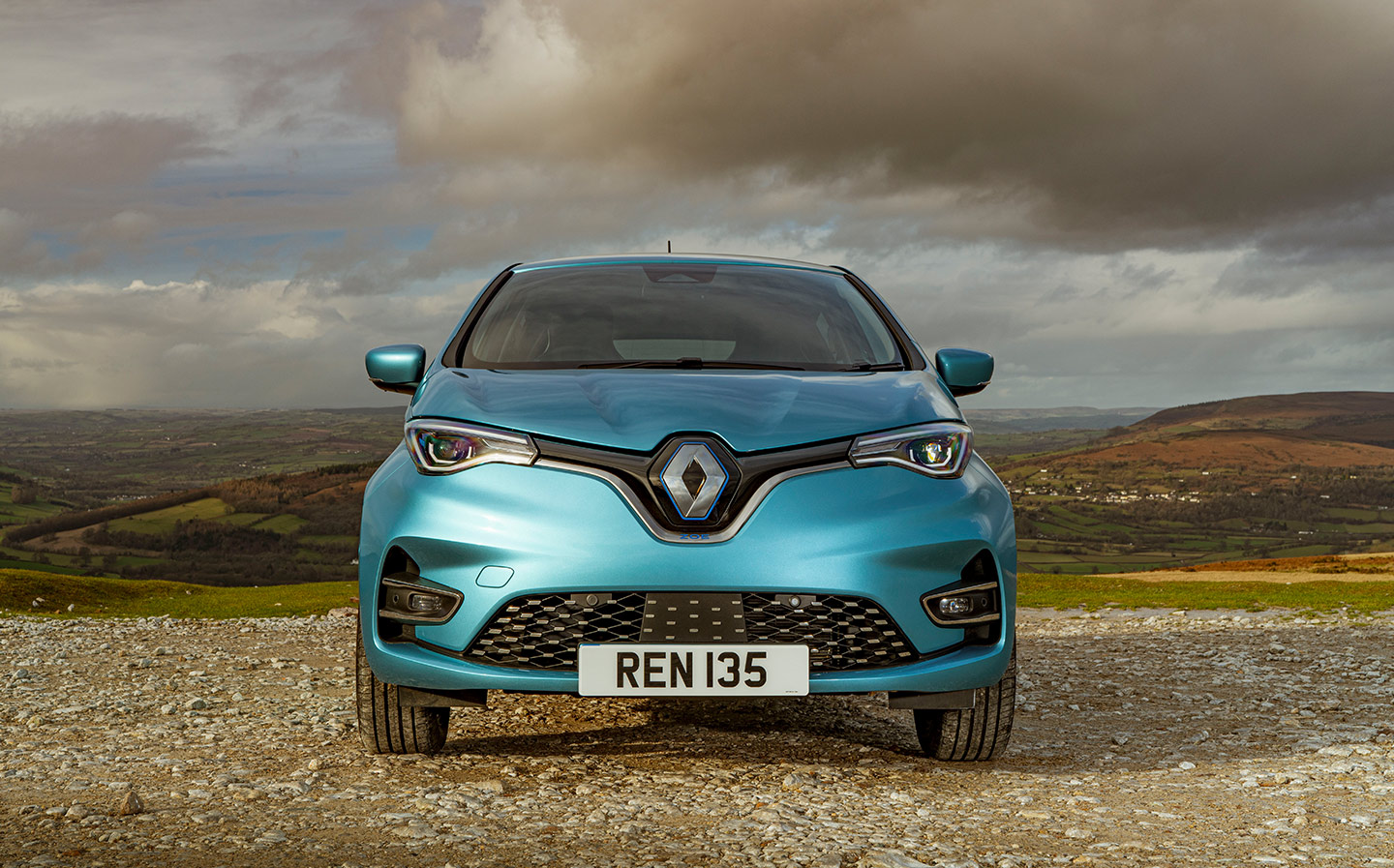 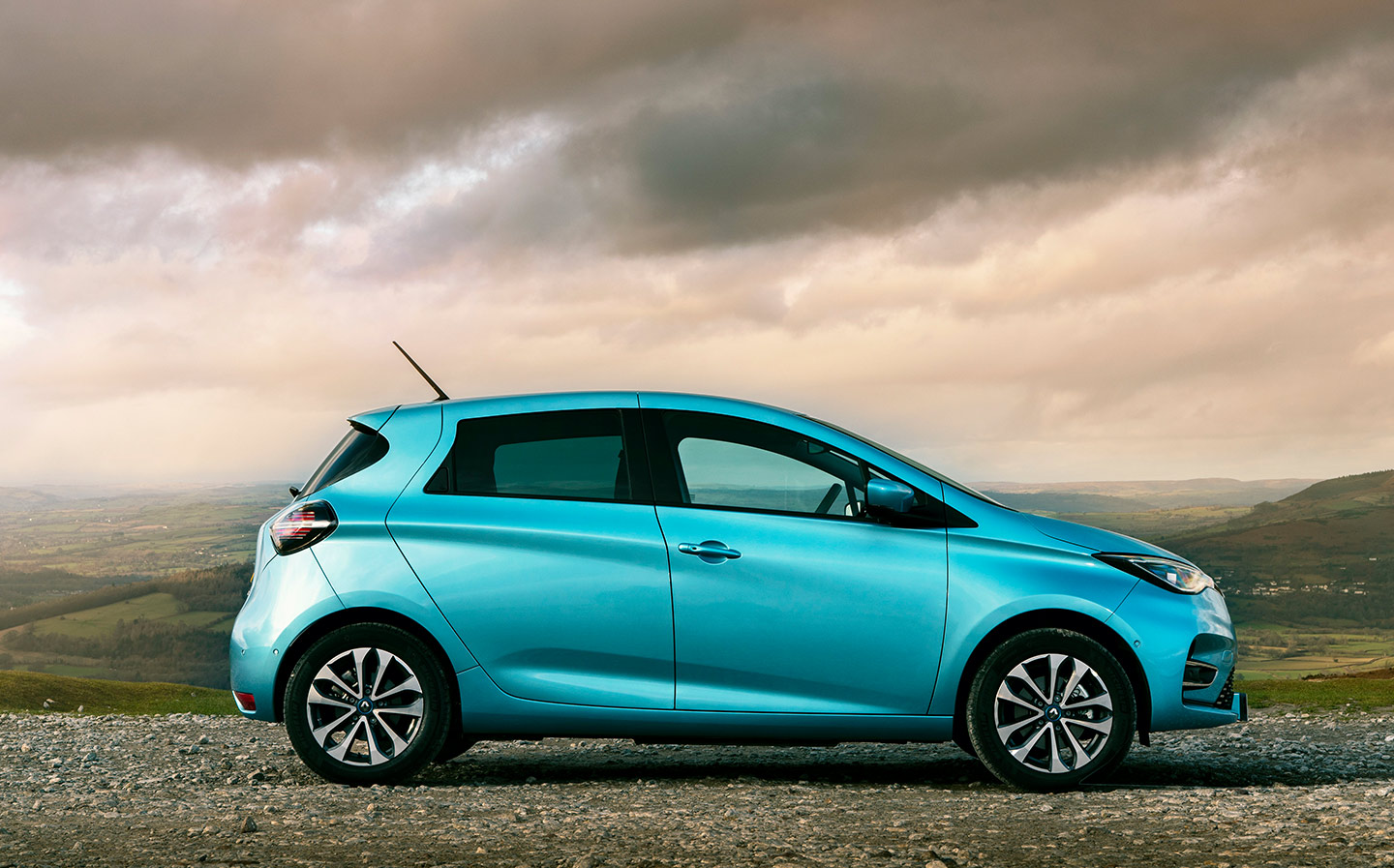 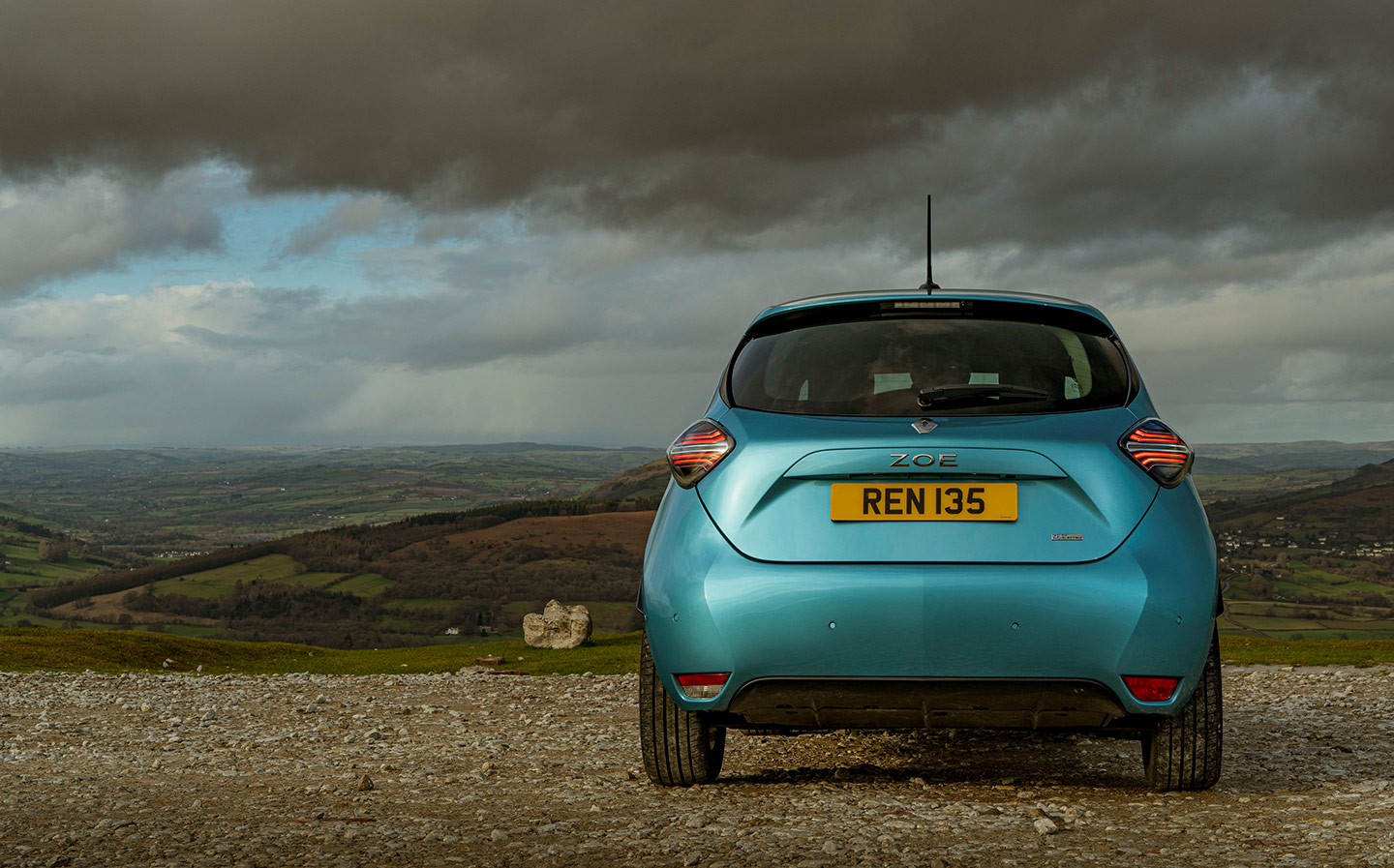 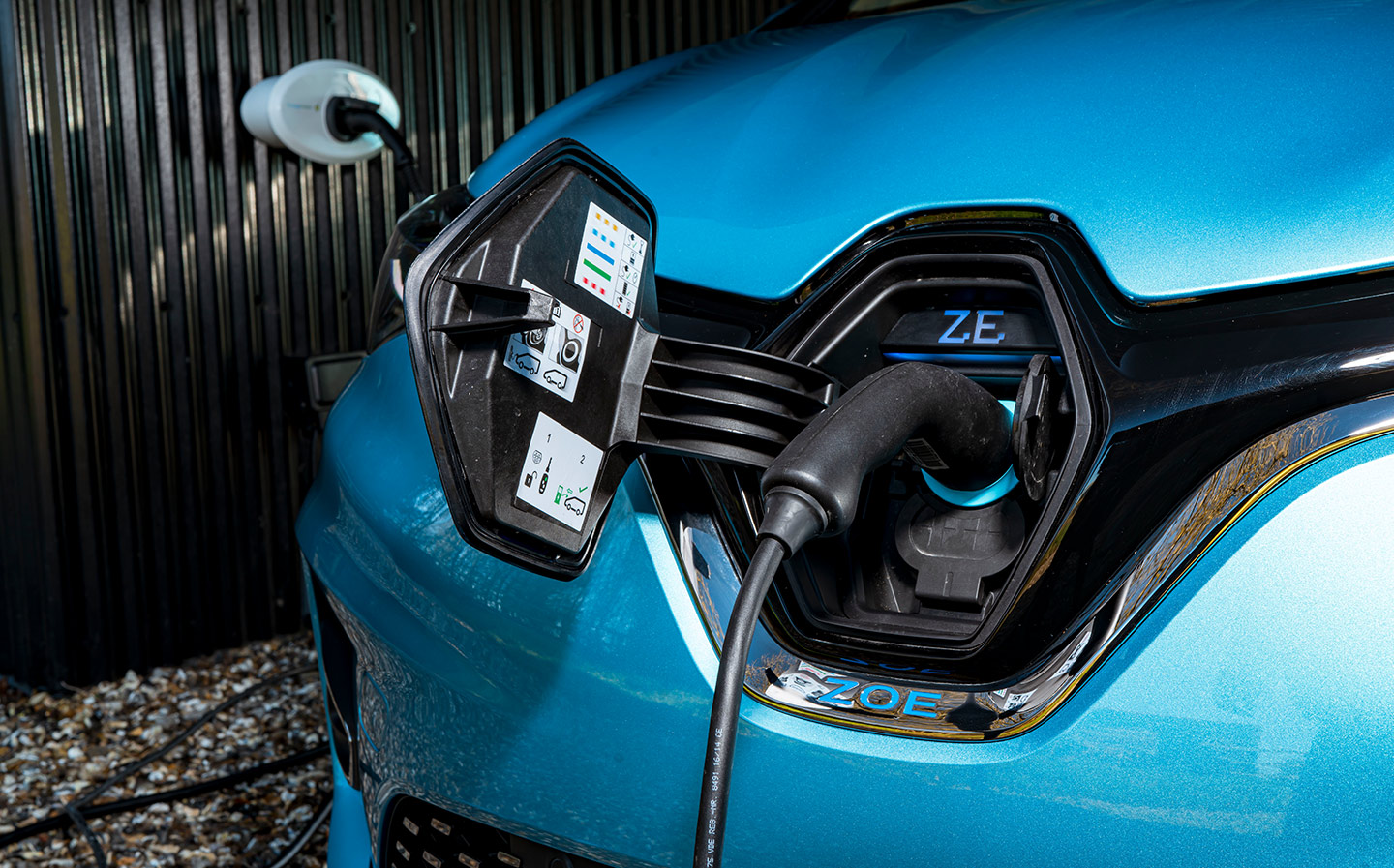 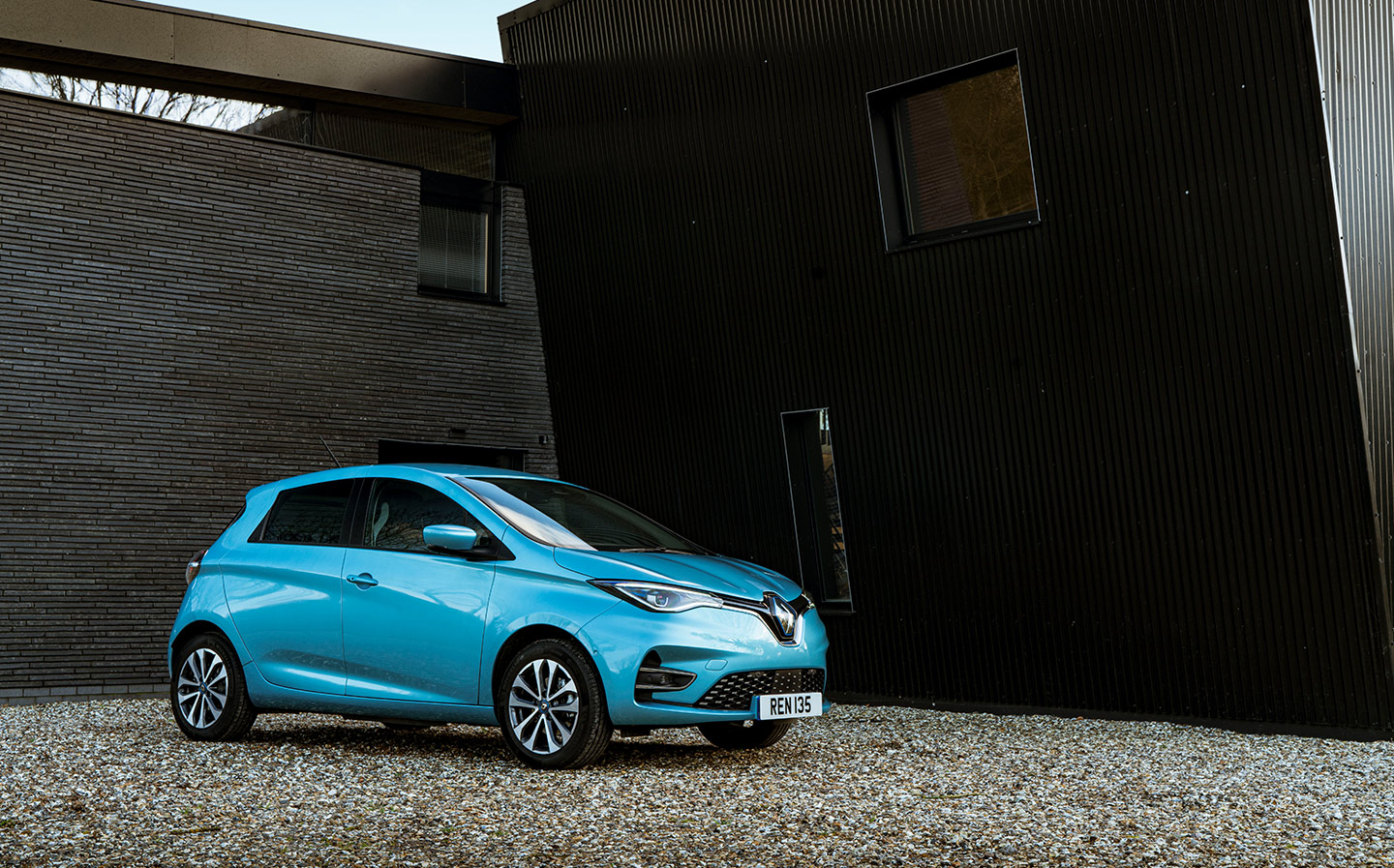 IF YOU’RE still not convinced that electric cars are the future (like it or not), then the sight of a rapid charging point in a Shell garage might be a shock. Last week I pulled into one, plugged in, tapped my payment card and filled the battery of the Renault Zoe you see here to the brim.

The fact that you can now find charging posts on petrol station forecourts, branded with the oil company’s logo, proves even the firms that have made their substantial fortunes sucking liquid dinosaurs out of the earth have jumped on the bandwagon.

The Zoe is not exactly the new kid on the EV block, having first launched in 2012, though the supermini (Clio-size) has had a couple of battery upgrades since then, and a number of new electric motors. Other tweaks to styling and improvements to the interior and charging tech have been introduced to match the new batteries, and Renault considers this new model, launched earlier this year, to be Zoe’s third generation.

The styling has been revised, though for most people it will be pretty hard to tell the new from the old. The larger Renault diamond and lower, wider grille help mark it out, as do new Clio-esque air intakes at the front edges, which help channel the airflow around the wheels. The rear light cluster has been updated, too, and it’s subjectively one of the more attractive electric car designs out there.

The new car hasn’t resolved one major issue with the Zoe, though: the fact that its panels feature sharp pointy edges waiting to jab you at every opportunity. I’ve caught my shoulderblade on the top on the rear door while reaching in to unbuckle my children, for example, while that cool-looking diamond rear light cluster presents two arrows at head height — approach an open boot from the rear, not the side, if you value your eyes.

Under the skin there have been more substantial upgrades. New Zoe comes with two electric motor choices: a base 107hp version called the R110 and a more powerful 134hp model, as tested here, called the R135. Both come with a 52kWh battery capable of up to 245 miles (238 for the R135) between charges, according to the WLTP test, which is really pretty good compared with the latest competition: the Peugeot e208 is rated at 217 miles, its sister car the Vauxhall Corsa-e manages 208 miles, and new Mini Electric and Honda e pale by comparison, with ranges of 141 and 127 miles respectively; they’re smaller, true, but not cheaper. The Kia Soul, meanwhile, is a similar size but can go 280 miles between top-ups, though you pay more for the privilege (see table below).

Whenever discussing electric car range it’s important to stress that it depends massively on road and weather conditions, and how you drive the car. You could get more than that if all you do is pootle around city centres, but sit on a motorway at 69mph and the range will suffer considerably — Renault’s handy tool on its website estimates at that speed 148 miles before you’ll need to plug in. But the Zoe R135 Z.E.50 appears to be a sensible mix of price, range and performance versus the competition.

The R135 definitely feels lively under your right foot, especially from lower speeds thanks to the immediate torque (twisting force) provided by electric motors. However, the Zoe is no rocketship, like a Tesla, and lacks the sporty nature of the Mini Electric, which has a firmish ride, a wheel that offers a bit of weight when driving spiritedly, and low body roll.

The Zoe is very different, with lean through turns that makes it feel incredibly tall, which is exacerbated by the front seats which feel like unnaturally high perches (the front seats aren’t adjustable for height). Grip is good and the ride is OK over bumps and uneven surfaces, but the shocks aren’t soaked up as competently as some other cars and the handling is very much suited to low speed city driving rather than backroad fun.

The brakes have a nice feel to them, though, and a new “B” driving mode adds extra regenerative braking, allowing you to scrub off a decent amount of speed without even touching the brakes. Electric car drivers tends to have to replace their pads less often than they had to with a petrol or diesel car as a result of “regen”, despite the vehicles being heavier.

While not offering engaging dynamics, as a city and suburban runabout the Zoe makes a great deal of sense. It’s even pretty practical, thanks to a very healthily-sized boot for a car of its class (338 litres vs 311 litres for a Ford Fiesta) and space inside for four adults, or two adults and three children. The rear bench is pretty accommodating, with a 60:40 rear split, and in GT Line spec includes a couple of USB ports to help keep the kids’ screens topped up. There are no air vents back there, though.

Up front, the large portrait-style infotainment screen is a big improvement on the previous model, though not all controls have been surrendered to the touchscreen — the three air conditioning dials allow quick and easy adjustment while on the move.

Sadly, adjusting the stereo is less easy — volume control requires multiple presses (assuming you haven’t discovered the control stalk on the steering column, which is highly likely given Renault hide it behind the steering wheel), and even switching off or muting the radio required two taps.

And while the overall look of the dashboard is decent, and Renault has introduced some soft-touch materials into the dash, some of the plastics used around the cabin still leave a lot to be desired. The ZE gearlever definitely lifts the perceived quality, as does the wireless phone charging plate on our test car. And the plastics used in the seats are 100% recycled, says Renault.

Storage is limited somewhat, with tight door pockets and a tiny glovebox, and the two cupholders are positioned quite far back (though Renault may be trying to make it easier for rear passengers to reach drinks). On the plus side, there are two USB ports upfront, too, alongside a 12V socket.

And while road and wind noise are noticeably improved on the new Zoe, somehow a cabin boom has been introduced – something to do with sounds frequencies from the tyres, perhaps. It’s worth exploring the difference wheel options, as deeper tyre sidewalls may solve the issue. Our car was riding on the largest 17in wheels, though the Zoe can come with 15in or 16in rims, depending on trim.

There’s some debate about the best position for charging ports, though Renault’s choice of directly behind the diamond in the centre of the nose seems to be pretty logical, given many people park facing their houses (and therefore their wallbox).

Buyers get a free 7kW wallbox fitted to their home, assuming it’s possible to do so; no-one has yet been able to fit one at my home, despite the fact that it has off-street allocated parking. Owners will rarely need to charge from empty but assuming they’ve completely drained all 238 miles then a full charge at 7kW takes 9hrs 25min — so if they plug in when they get home from work, most people will be guaranteed maximum range when they return to the car the following morning. Charge state can be monitored via phone app, of course.

When I plugged our test car into the Shell rapid charger it was showing 59% battery and an indicated 127 miles remaining (averaging 4.4 miles per kWh). After 60 minutes, the car was full again and showing 219 miles available (the car predicts range based on recent driving style, so it could actually be more or less than that) having received 22kWh.  A Shell Recharge station isn’t cheap compared to what topping up will cost at home, but at 39p per kWh I managed to add around 92 miles for £8.58.

Normally, the speed of rapid charging slows automatically after the battery reaches 80%, to protect its chemistry, so these stations are best used for short boosts rather than full recharges. As there’s only one such post at that garage at present, it’s not very EV community-minded to hog it for a full hour. And what can you do at a petrol station for an hour, anyway?

Despite a few niggles the Zoe is a pretty brilliant compact family car that’s most at home on school runs, shopping trips and commutes, though is capable of stretching its legs for staycations or trips to see granny and granddad when needed, especially if the DC rapid charging option has been fitted.

Zoe is Europe’s bestselling electric car, and despite an influx of new contenders it may well retain its strong sales over the next couple of years thanks to updates that make it one of the best-value EVs available.