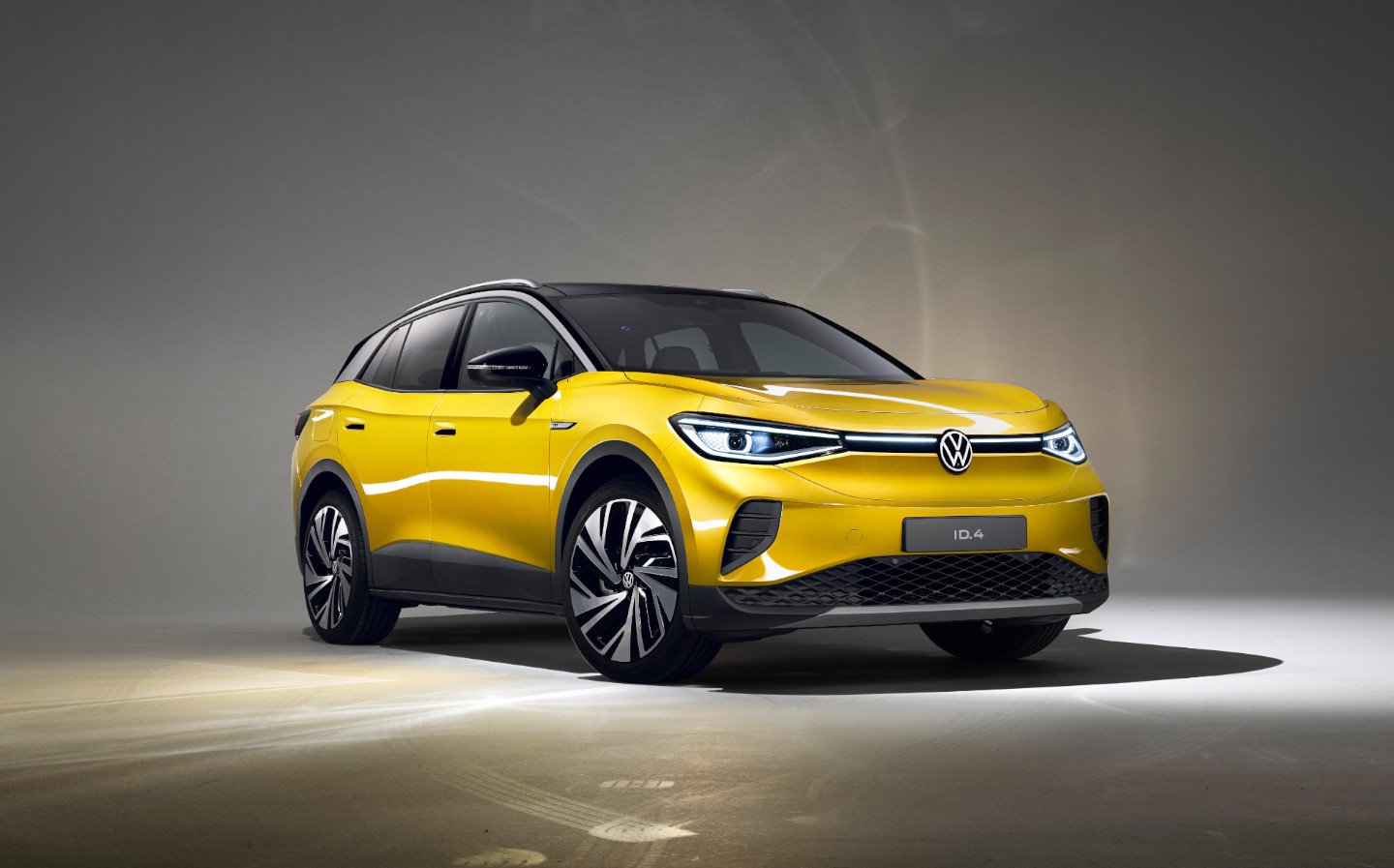 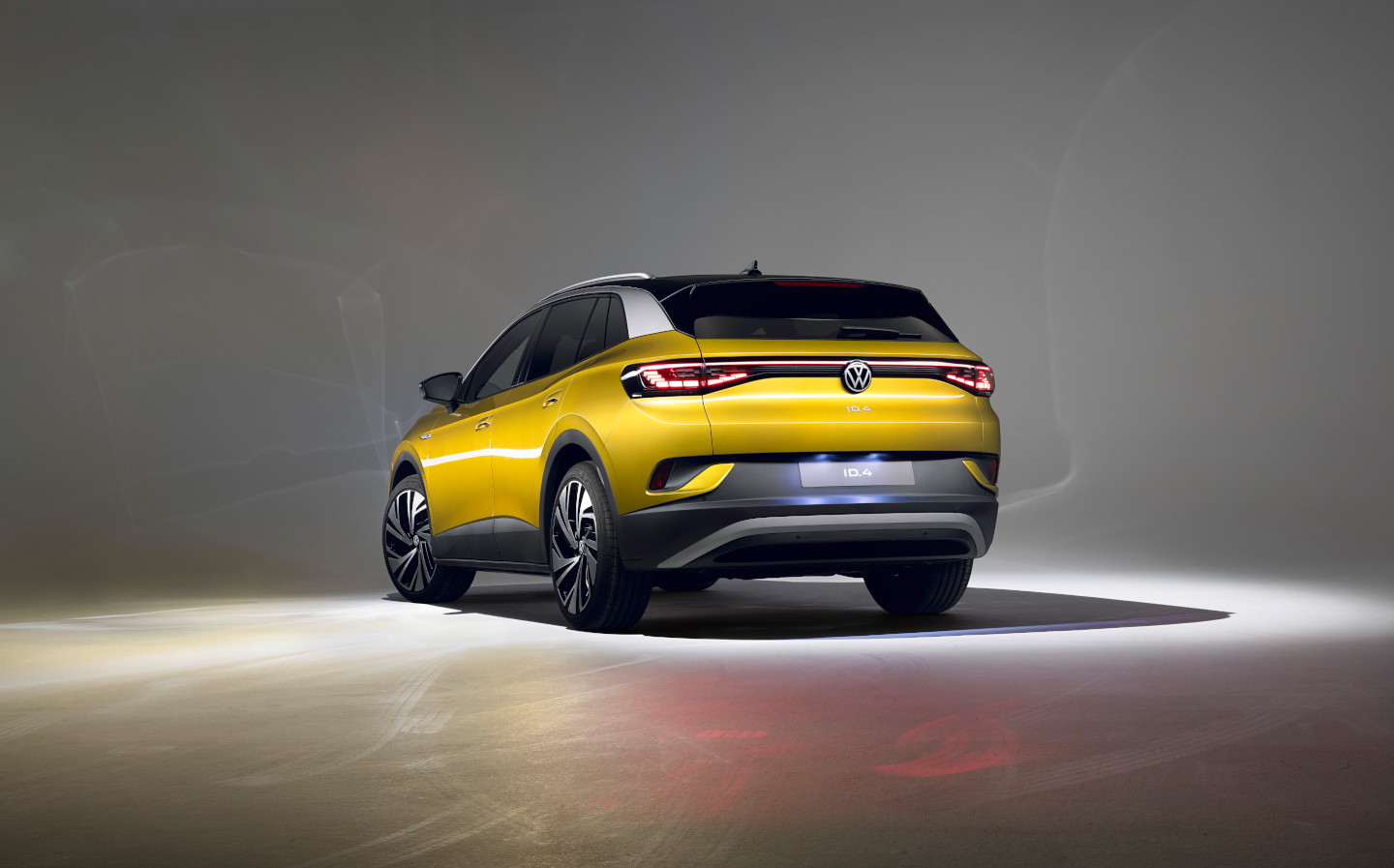 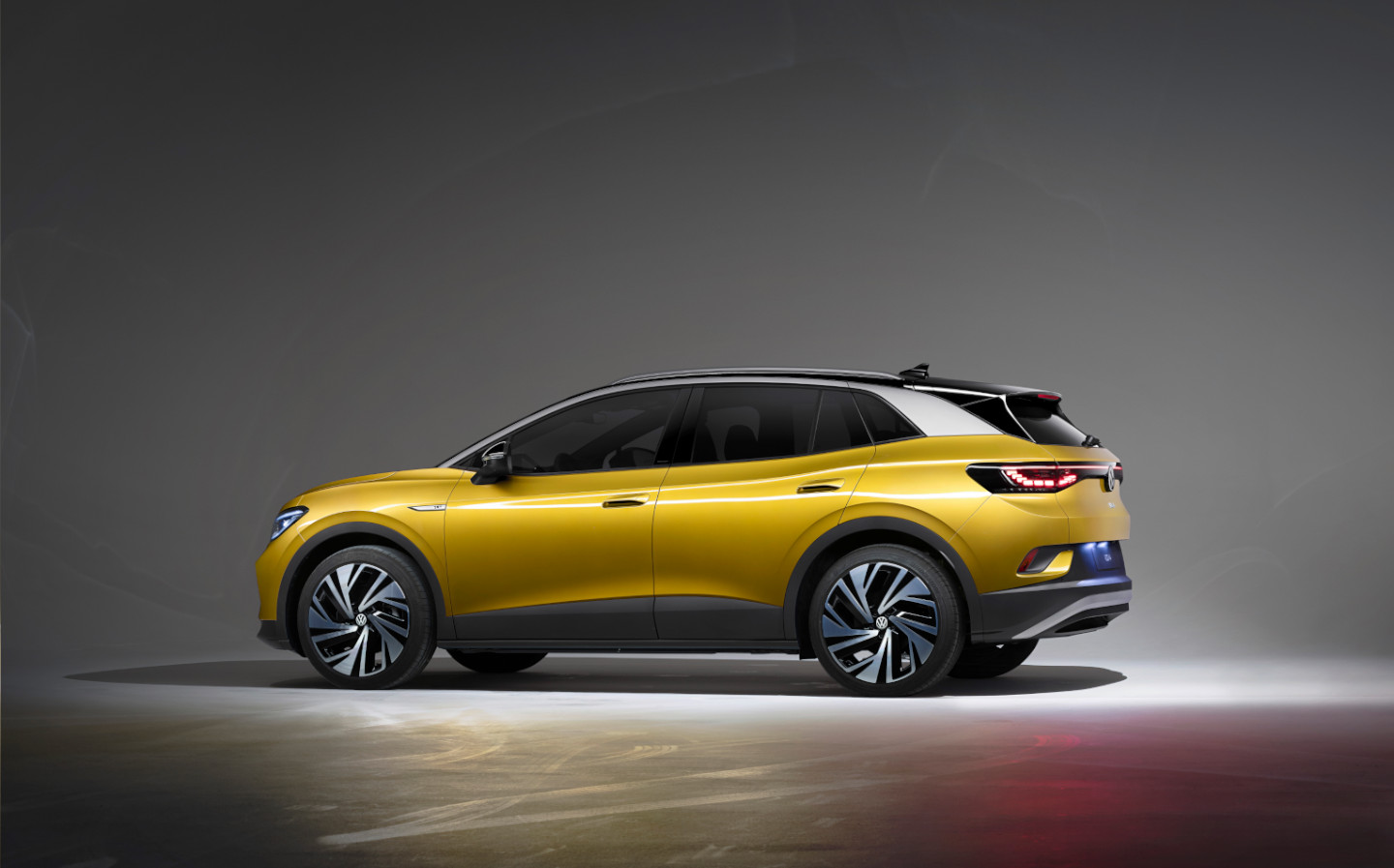 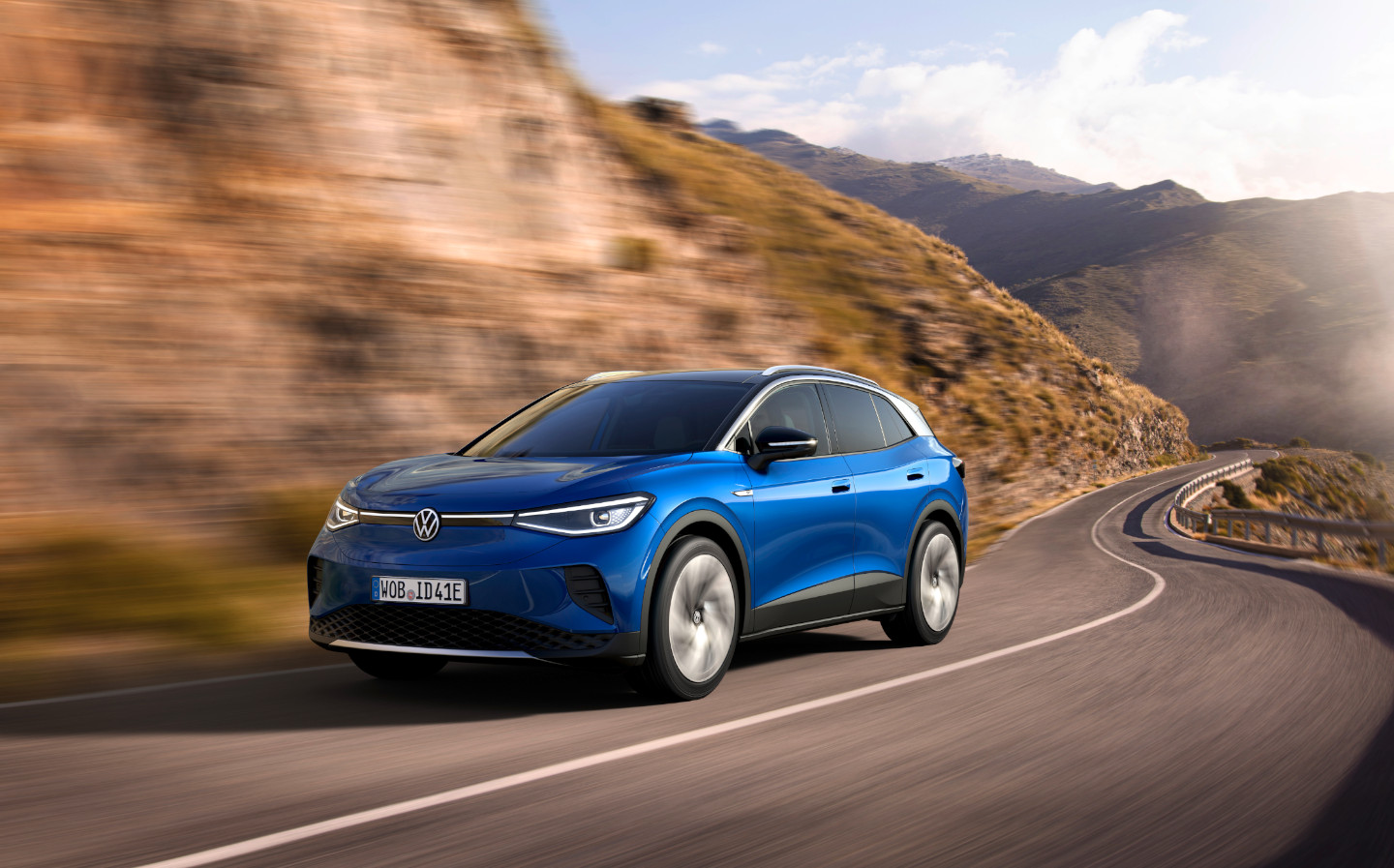 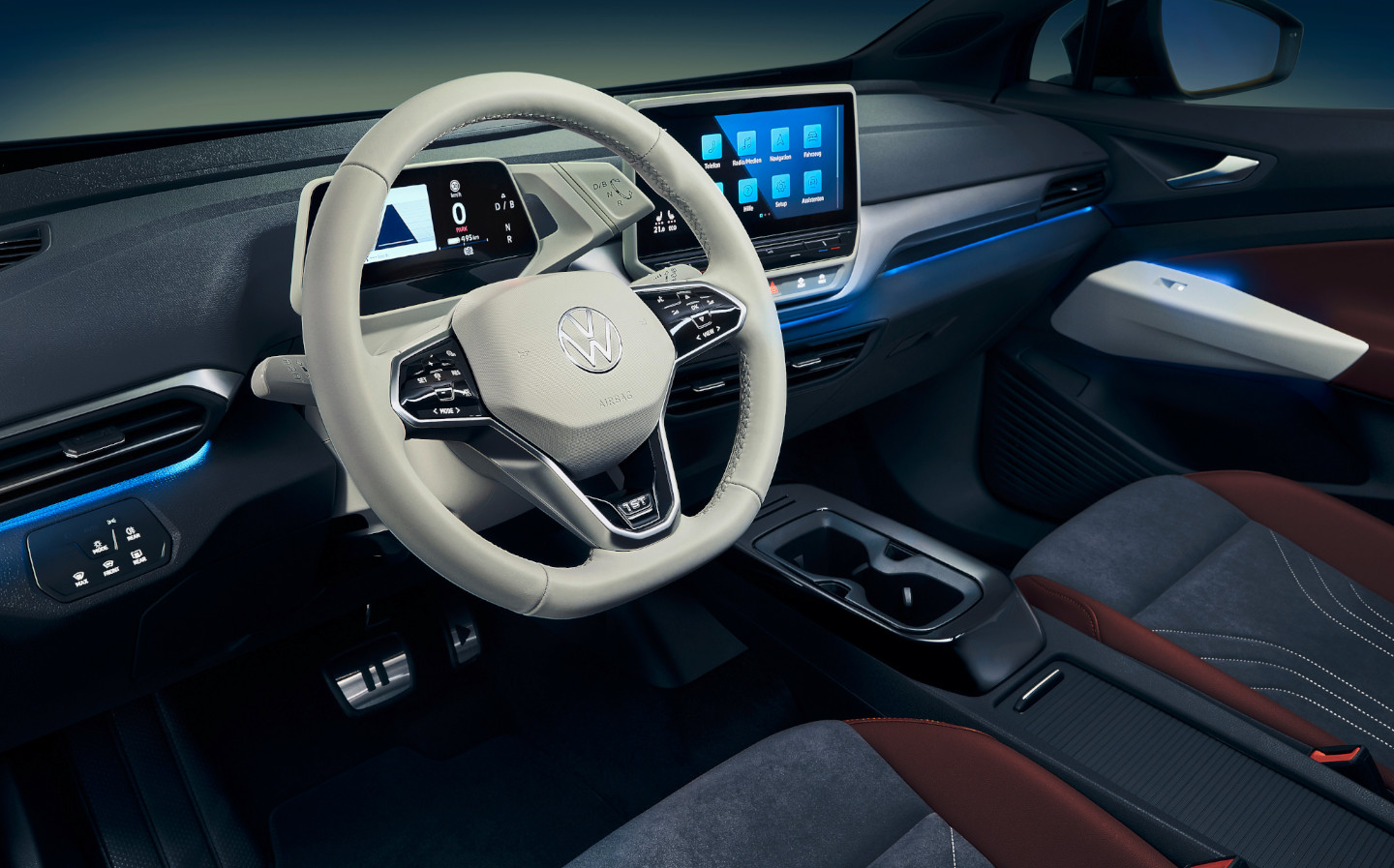 IT’S NO secret that Volkswagen has a good amount of making up to do when it comes to rebuilding its environmental credibility. It is still haunted by the spectre of the dieselgate scandal, both in terms of reputation and finances, and is now looking to redeem itself in the eyes of  regulators and customers, who have felt hoodwinked or let down.

As a result, VW Group (VWG), the conglomerate that owns the Volkswagen brand as well as Audi, Porsche, Skoda and Seat, is now throwing all of its might at the prospect of an electric future, to the detriment of some of its more internal-combustion heavy brands.

The Volkswagen ID.4, fully unveiled this evening, marks something of a milestone in this journey, as the car maker’s first pure-electric compact SUV. It’s based on VWG’s MEB platform (an acronym of “Modular Electric Drive Matrix”, in German), which underpins VW’s inaugural ID series car, the ID.3 hatchback, as well as the upcoming Skoda Enyaq, Audi Q4 E-tron and Cupra Tavascan, all of which are electric SUVs.

An electric motor sits just in front of the ID.4’s rear axle, sending 201bhp to the rear wheels through the same one-speed gearbox seen on the ID.3. It doesn’t really matter too much in a family SUV, but it can get from 0-60mph in just over eight seconds, while the top speed is limited to a smidge under 100mph. A range-topping version with more power and all-wheel drive will arrive next year.

According to VW, the 77kWh battery is enough to take the car 323 miles on a single charge, although like with all ostensible electric car ranges, the real-world range may be a little below that. VW also guarantees that after eight years or 99,000 miles (presumably whichever comes first), the battery will retain at least 70% of its original capacity, which means it should still be good for up to 226 miles per charge, or thereabouts.

Regenerative braking, in which the electric motor will function as a generator and feed energy back into the battery, can be altered by switching from the D (Drive) position, where the car will coast when lifting off the accelerator, to B (Braking), which has a strong engine braking-style effect.

VW has described the shape of the ID.4 asone would describe an olympian: “muscular”, “powerful”, “confident”, “athletic”, “strong” and “sculpted” were all used in the press material. Whether or not all of these are true is up to you, but the flowing lines and low-sloping roof do impart a certain dynamism.

A radiator grille on an electric car would be superfluous, so there isn’t one. Instead, there is a strip of light between the headlights that gives the ID.4 a modern flourish. 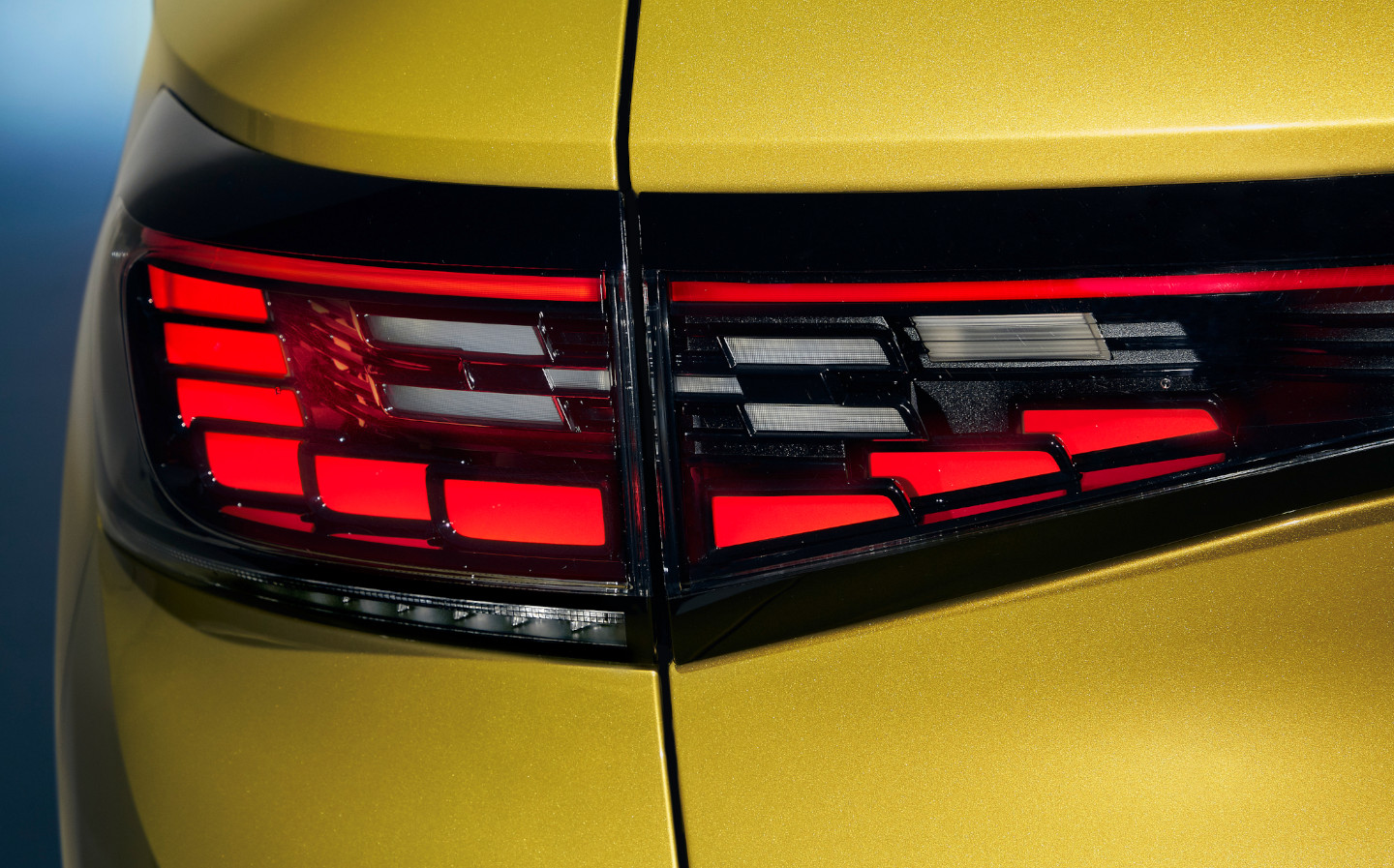 Much has been made by Volkswagen about the aesthetic use of light on electric cars, with VWG’s head of design Klaus Zyciora saying: “Light is the new chrome. Light plays a major role, especially for an electric vehicle. It represents energy and electricity, but also warmth and safety. Light is a perfect symbol for the mobility of the future.”

Optional tricks such as 3D LED tail light clusters and the lens modules of the highlights swivelling when the car is unlocked, to give the driver a “friendly welcome”, may help to give the ID.4 a characterful appeal.

The architecture of the ID.4 requires a long wheelbase, meaning there’s as much space on the inside as on a “conventional SUV from the next size class up”. This means 543 litres of luggage space at the back, which increases to 1,575 litres when the back seats are folded down.

VW has also tried to do away with physical buttons where possible, with many of the dashboard functions controlled through the steering wheel. In the ID.4 1st, which is a limited edition specification that will available at launch, there is a 10in touchscreen with sat nav and infotainment functions. This is upgraded to a 12in display in the higher-spec ID.4 1st Max.

The ID.4 1st will cost a cool €49,950 (£45,945), with the extras that you get in the Max adding nearly another £10,000 to the price tag. That puts it somewhere between more budget offerings such as the Hyundai Kona and the MG ZS EV and luxury electric SUVs like the BMW iX3.

Once the 27,000 combined units of the 1st editions are sold, the pre-configured models will go up for sale, although it’s not clear what the price difference will be between the limited edition and standard models.

Volkswagen says that it plans to have 75 pure-electric models on the market by 2029, and sell around 29m zero-emission models in that meantime. Leaning in heavily on pure-electric’s environmental credentials, VW says that “an entire ecosystem of sustainable electric mobility will be established around these cars”.