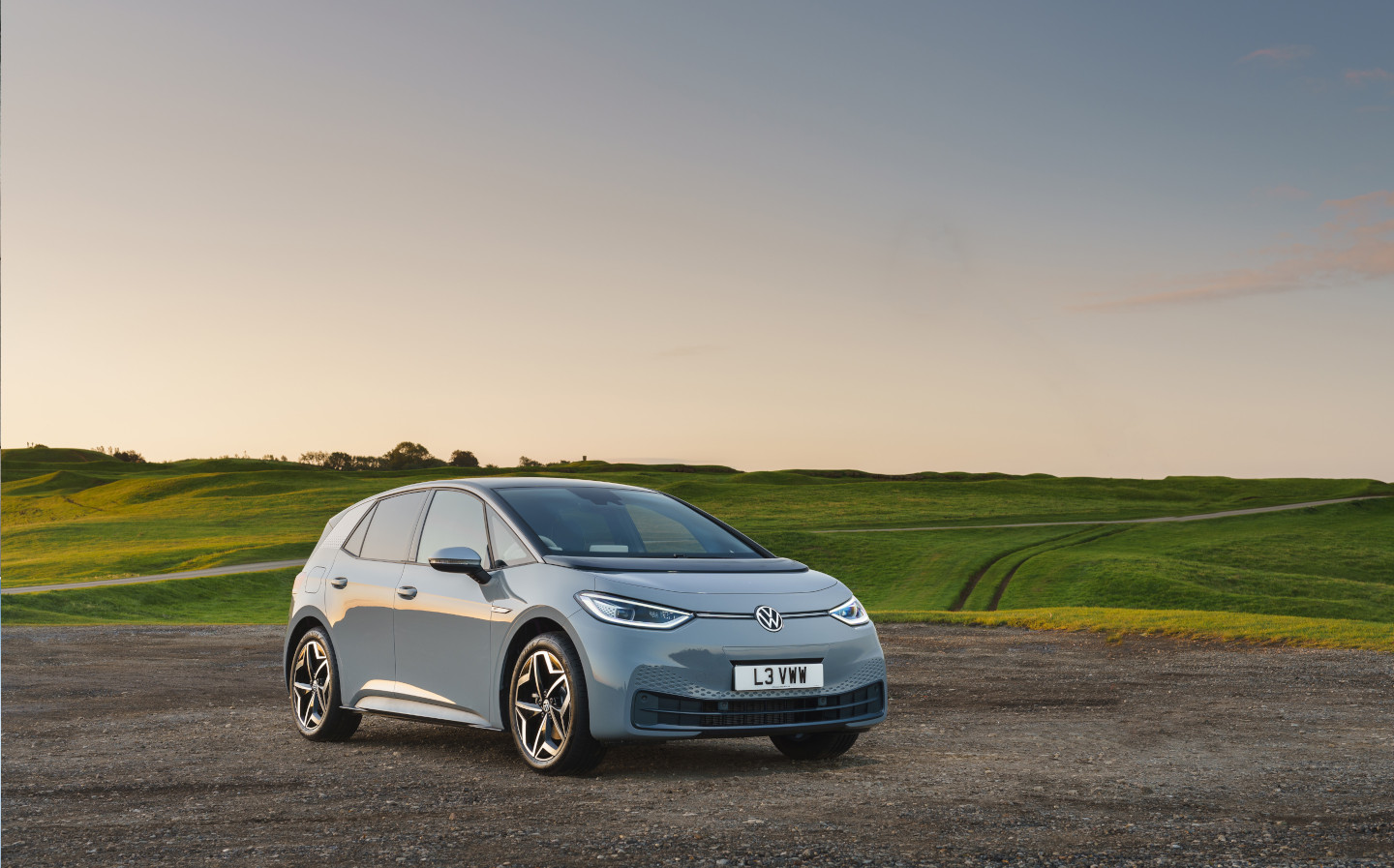 VOLKSWAGEN has announced that the forthcoming VW ID.3 Life, the entry-level specification of its new Golf-sized pure-electric hatchback, will cost £29,990 (including £3,000 government grant for electric vehicles) when fitted with the mid-sized 58kWh battery pack.

The VW ID.3 Life is the cheapest of seven new “series production” trims for the car announced today. The others, in increasing levels of luxury, are Style, Business, Family, Tech, Max and Tour. The latter will only be available with the largest 77kWh battery, known as “Pro S”, enabling up to 336 miles between charges. A smaller 45kWh battery (and therefore a smaller range) version will arrive at a later date, with a lower price.

The 58kWh battery used in the series production models is the same one found in the First Edition reviewed by Driving.co.uk last week and has a range of 263 miles, similar to that of the already-released model.

The £29,990 price tag puts the Life trim in the same price bracket as the highest-trim 40KwH-battery Nissan Leaf, the Tekna, which has a range of 168 miles. The higher range Leaf, the E+, which can do 239 miles on a single charge, has prices starting at £33,295, including the government incentive. The Standard Range Tesla Model 3, meanwhile, has a slightly smaller claimed range (254 miles), and is around £10,000 more expensive.

The ID.3 Life is, however, still around £6,000 more than the entry-level Golf 8, the car that some see it replacing at the head of VW’s line-up.

All seven trims come with modern accoutrements including LED lights, adaptive cruise control, lane assist, sophisticated voice control (which can recognise and act on colloquial phrases like “my bum is cold”) and front and rear parking sensors. They also have infotainment systems with 10-inch screens and are capable of over-the-air updates to keep both battery and infotainment software up to scratch. A software update due at the beginning of next year will allow for wireless phone charging and App Connect in all ID.3 models.

The pre-configured specifications are made up of combinations of ten option packages: Design, Infotainment, Comfort, Assist and Sport, as well as higher level “Plus” versions of each. The entry level Life trim has the Infotainment and Comfort packages, meaning that it includes 2D and 3D map view, the ability to connect to two bluetooth devices at once, heated front seats and a heated steering wheel.

Each trim gets more luxurious, culminating with the Max (costing £38,220), which has the “Plus” versions of Design, Infotainment, Comfort and Assist as well as the Sport option with progressive steering and sport suspension. All trims apart from the Tour ride on 18-inch Aero wheels, although these can be upgraded to a different 18-inch, a 19-inch or a 20-inch. Although specs are pre-configured, there are six exterior colour options and three interior options – although the Life is only available with a black interior.

All of the series production trims have pre-configured specifications to allow faster production at VW’s factory in Zwickau, Germany. The ID.3’s manufacturing process is billed as carbon-neutral, using renewable power at the plant and with unavoidable transport and logistics emissions offset through investment initiatives including a forest protection project in Borneo.

Order books for the new trims of the ID.3 open on October 22, with deliveries expected to commence before the end of the month.

Five ways car makers are becoming kinder to the environment