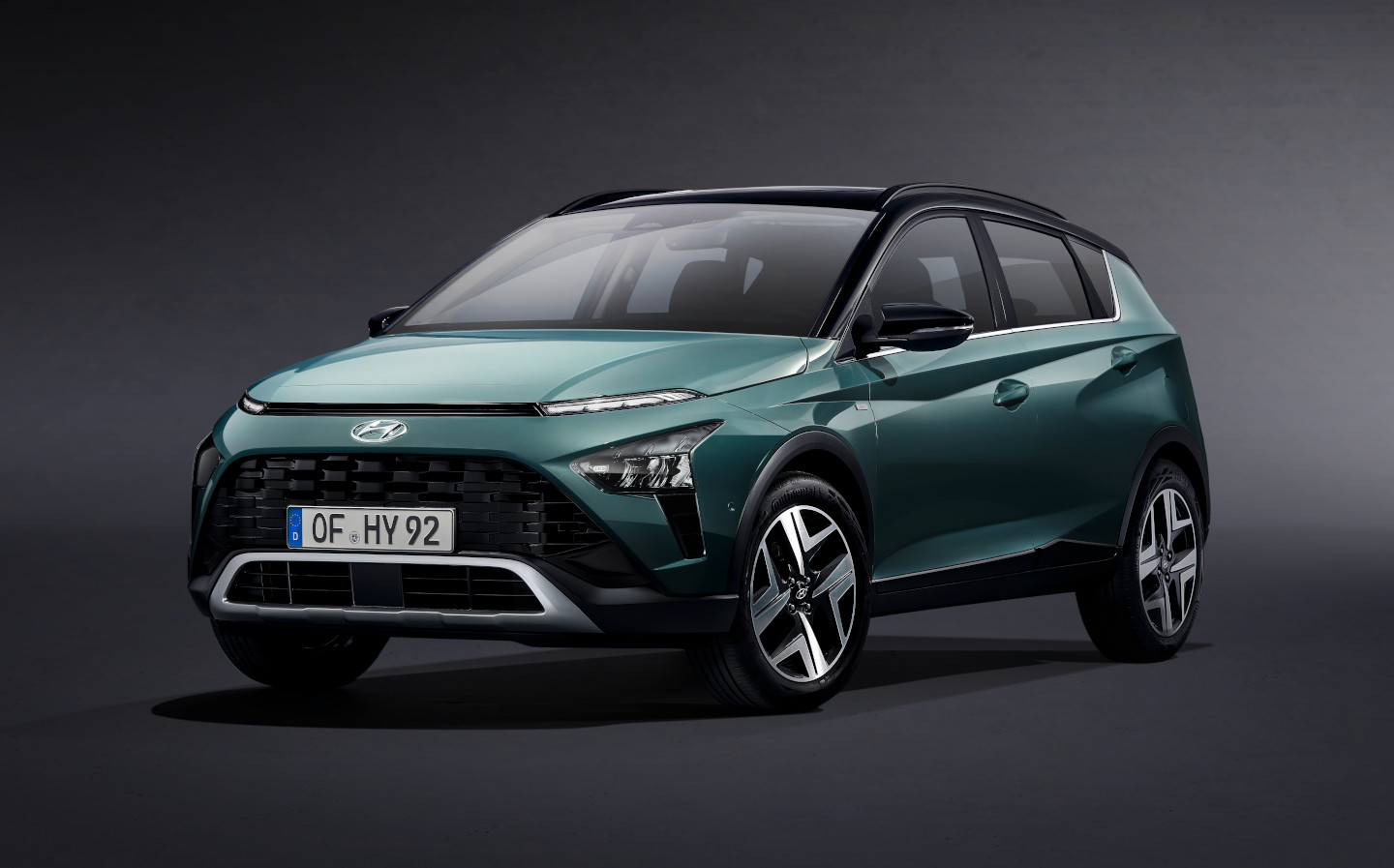 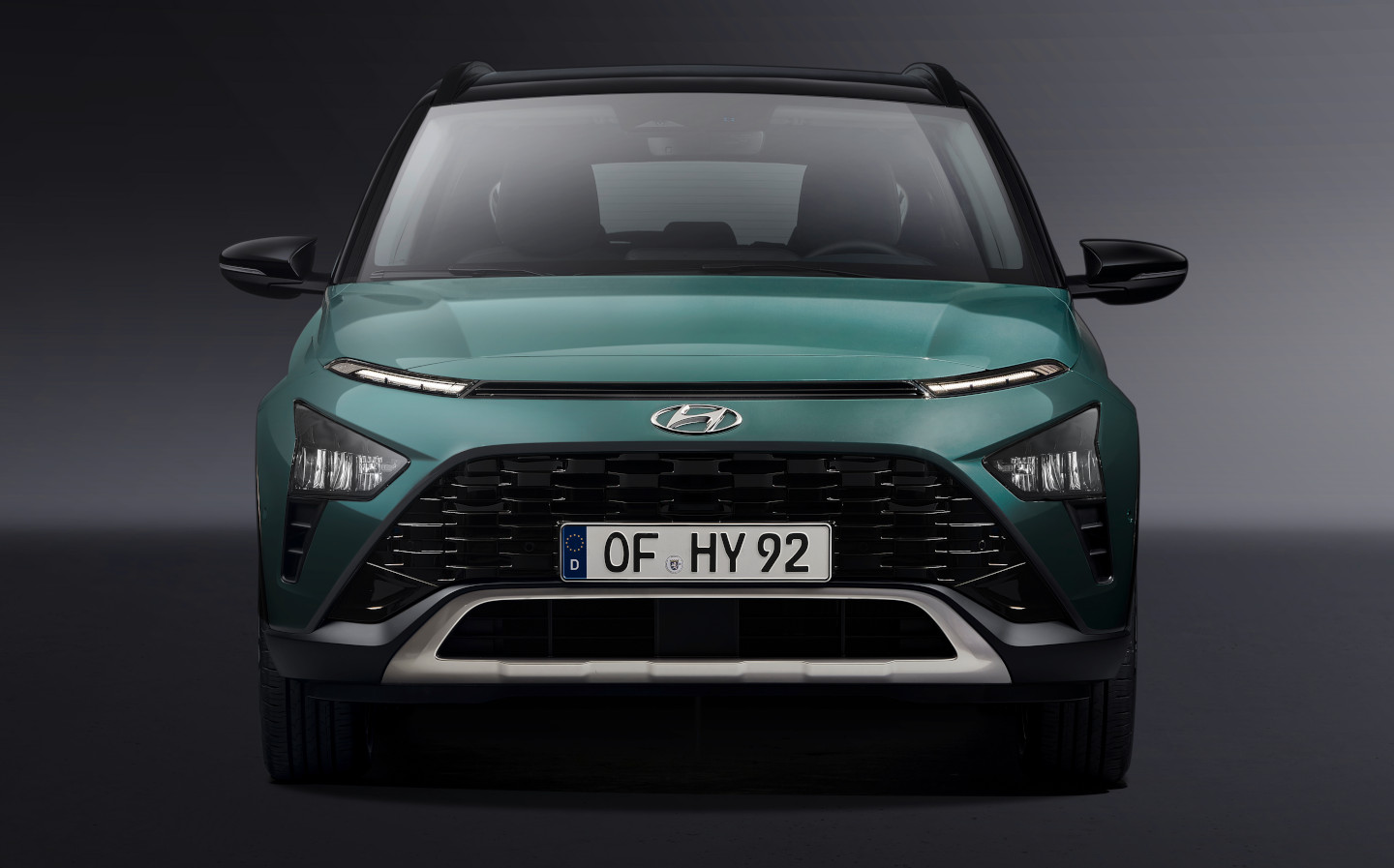 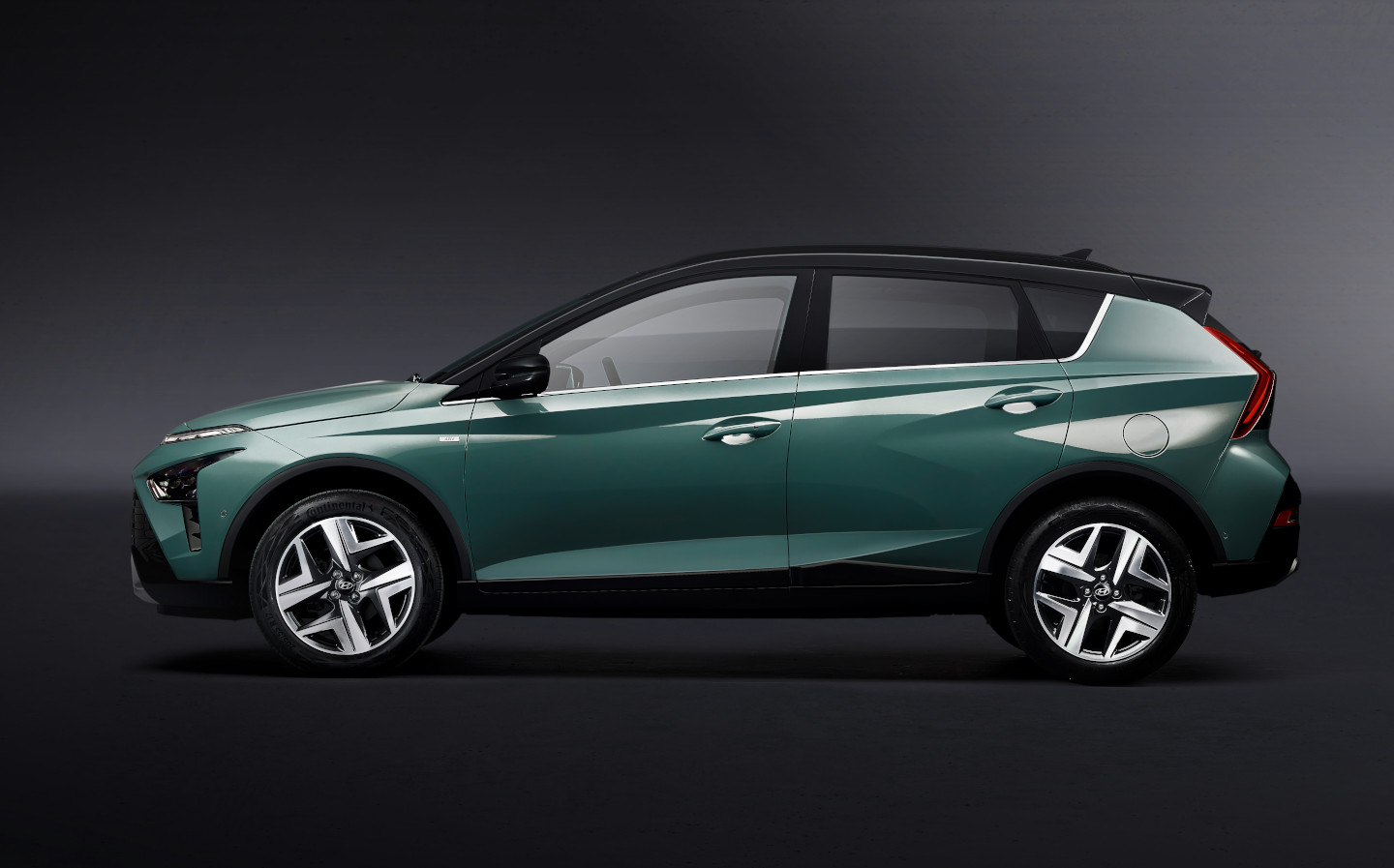 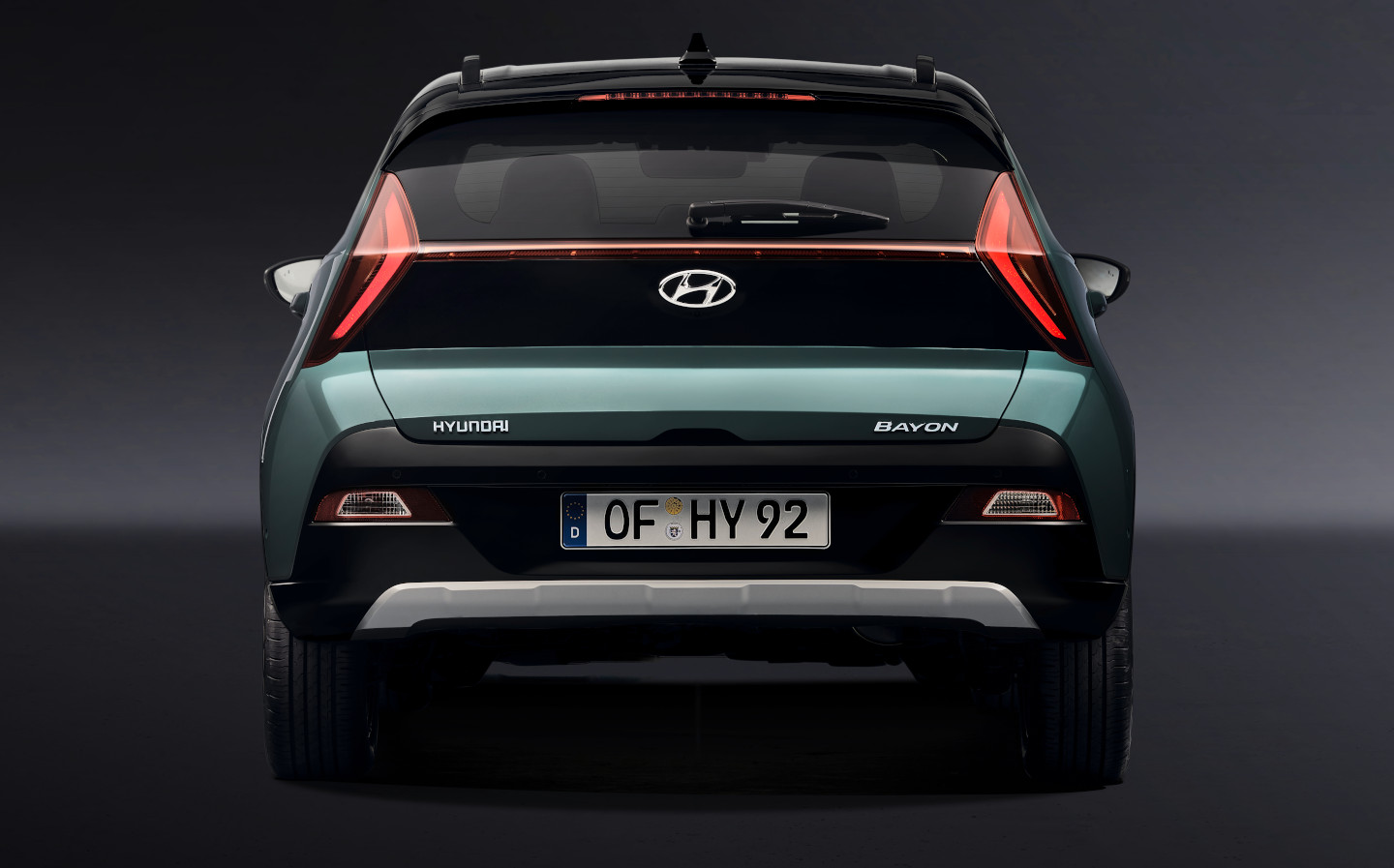 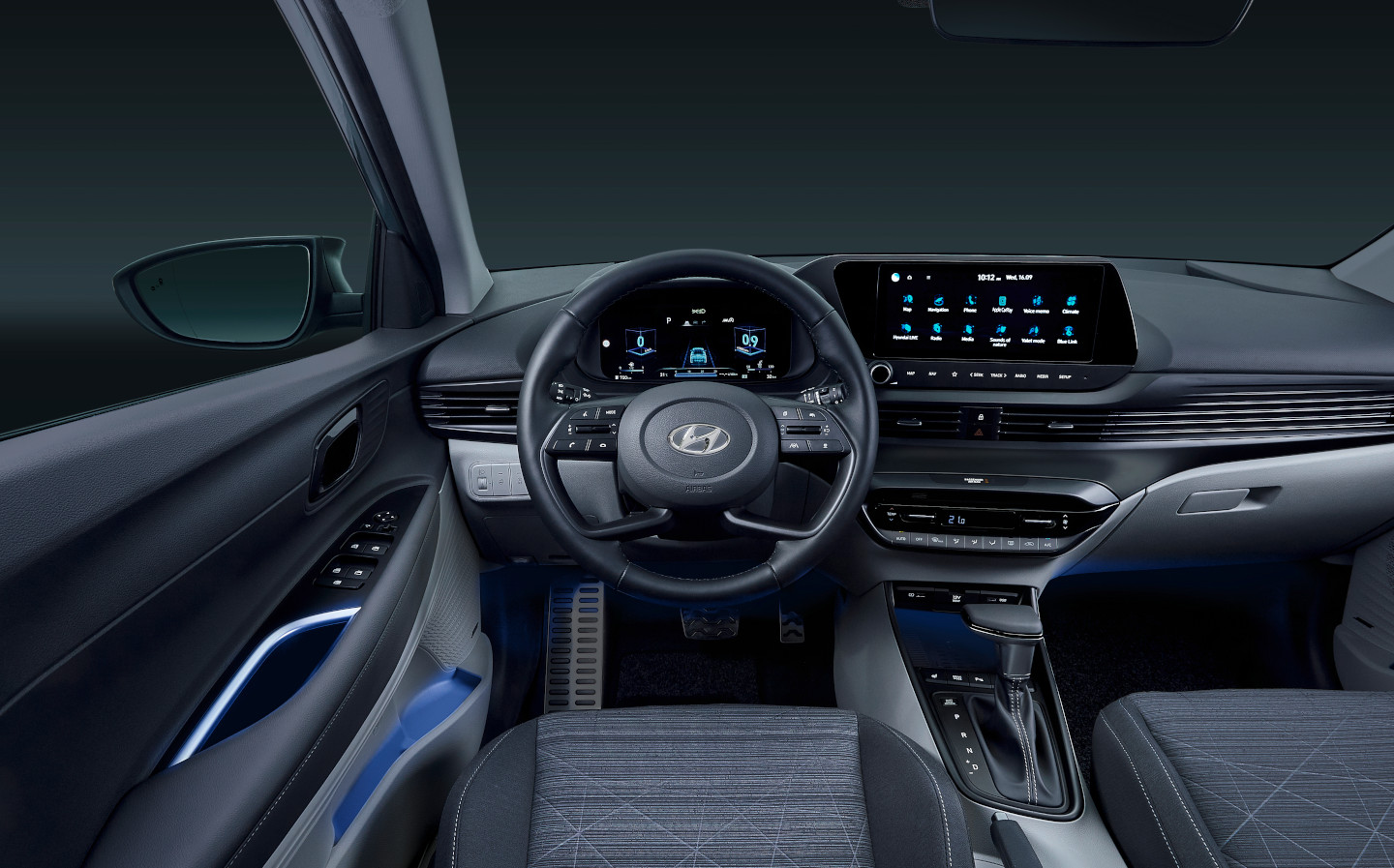 THE new 2021 Hyundai Bayon has been revealed, a Ford Puma and Nissan Juke-rivalling model that aims to capitalise on the huge appetite for small crossover SUVs.

The car is similar in size to the Ioniq 5 electric crossover that the Korean car maker unveiled last week but takes a dramatically different approach, with petrol power and an arguably less adventurous design. While the Ioniq 5 is based on an entirely new platform, the Bayon is closely related to the i20 hatchback.

However, Hyundai believes this is what the European market is looking for and has even given it a European, chic name; Bayon is derived from Bayonne, a picturesque city in the Basque region of France.

The car is the smallest of Hyundai’s SUV offerings, meaning it will sit below the progressively larger Kona, Tucson and Santa-Fe. It is part of an onslaught of new or updated models from Hyundai this year — the South Korean manufacturer has introduced or updated seven models over the last 12 months. 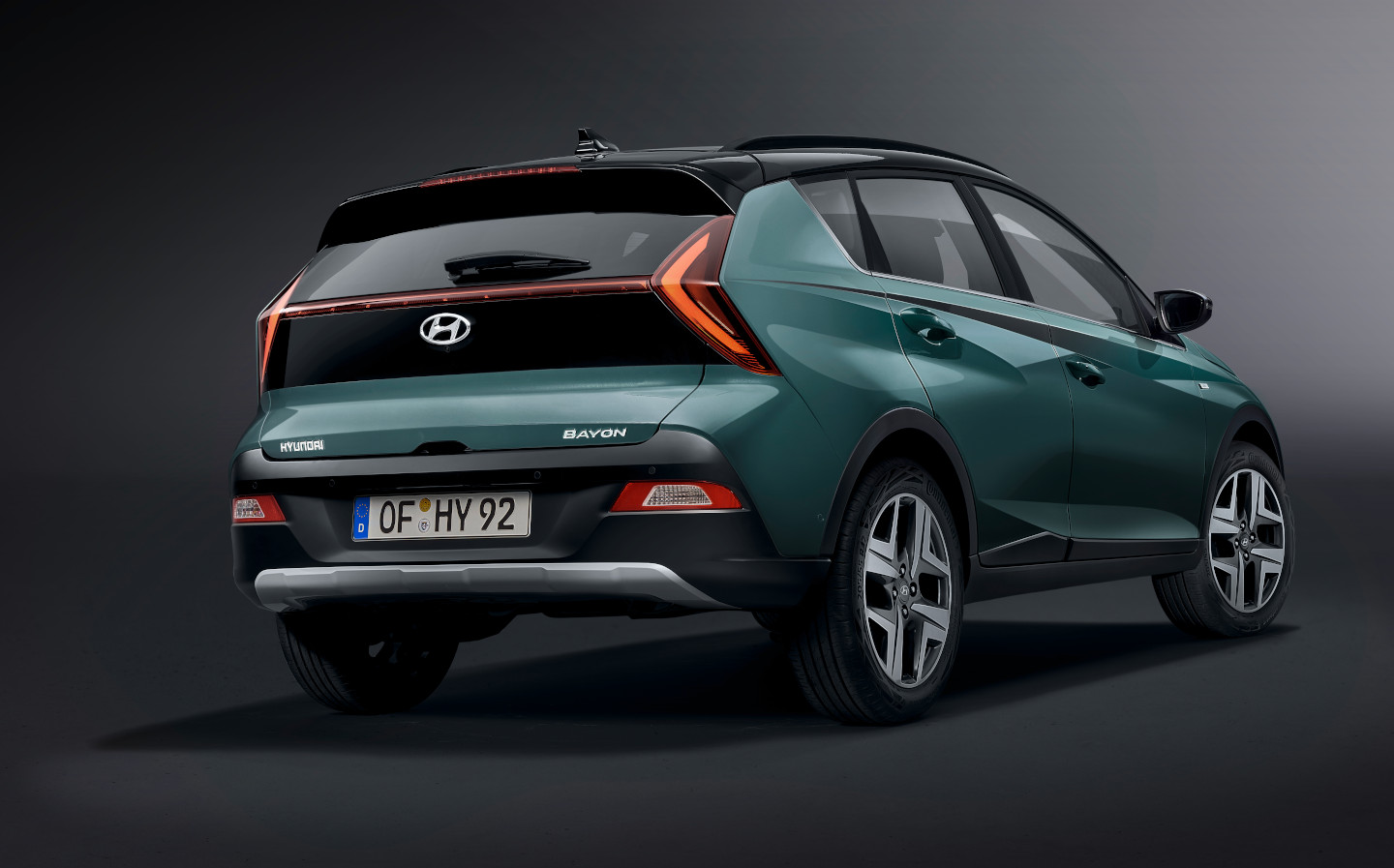 The new Ioniq 5 is an aesthetic departure from Hyundai’s traditional approach, with an angular, folded-paper design that hints at its futuristic powertrain and distinguishes it as part of the new Ioniq sub-brand.

The Bayon, by comparison, has to fit in with the rest of Hyundai’s mainstream line-up, and therefore it leans further towards the traditional school of Hyundai design.

There are similarities with the Kona and the new Tucson, mostly in the overall silhouette, while individual details have been updated. The front is dominated by a wide grille with a familiar crosshatch design, while the headlights take on a new three-part look.

At the side a deep slash creates a more wedge-shaped appearance and is slightly reminiscent of the geometric shape of the Ioniq 5. The connected tail lights have been pushed to the very edge of the rear panels in order to create a wider silhouette. Wheels come in 15in, 16in and 17in sizes, with the largest resulting in a ground clearance of 183mm, giving it the high riding stance that car buyers love.

Hyundai says it has worked hard to make the interior of its most compact SUV as roomy as possible, as well as making sure it fulfils the criteria that makes offerings from rivals such as Nissan so popular — like filling it with tech that transcends the segment. Having said that, it shares much with the i20.

Customers can choose between an 8in and upgraded 10.25in screen. Both have wireless compatibility with Apple CarPlay and Android Auto, which Hyundai claims is a first among cars of the Bayon’s type.

There are two USB ports in the front of the car and another in the rear, allowing three occupants to charge their devices simultaneously. Optional additions include Bose audio and wireless phone charging. 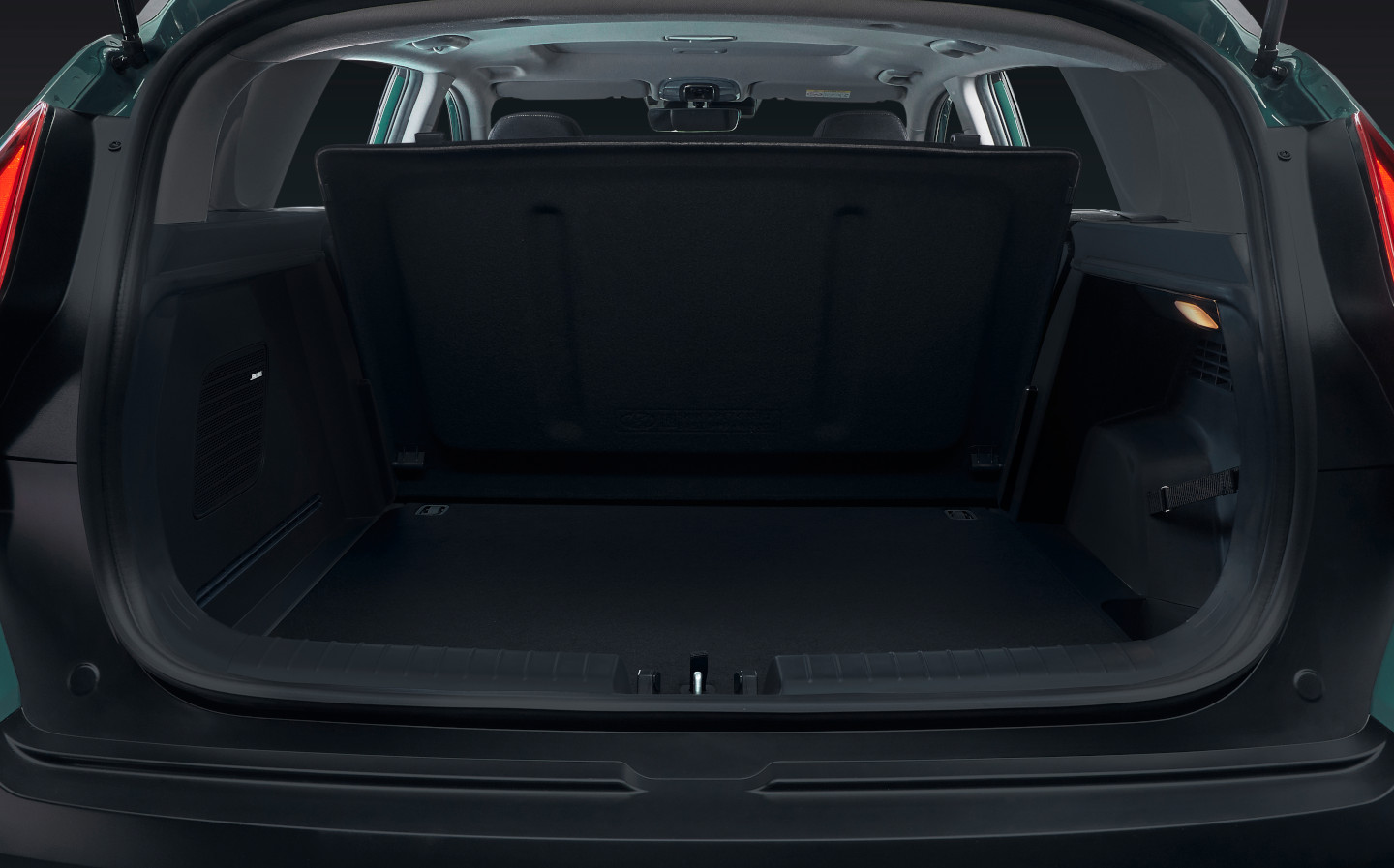 Boot space comes in at 411 litres. Unsurprisingly, the slightly larger Nissan Juke, Volkswagen T-Roc and Peugeot 2008 all have marginally more (by 11 litres, 34 litres and 23 litres respectively), but the Renault Captur, which is also slightly bigger, has a smaller boot (404 litres). The Seat Arona and Vauxhall Mokka both have less generous boots, too, with 400 litres and 350 litres respectively.

The Bayon will come with a single engine — a 1.0-litre petrol mild hybrid — though with two power outputs. The entry level model puts out 99bhp while a more powerful model can produce a slightly beefier 118bhp. Drivers can choose from three modes: Eco, Normal and Sport.

In both guises, the engine is married to 48V mild hybrid tech, which can recuperate energy while braking and redeploy it through the engine via a small electric motor under acceleration, to improve economy and reduce emissions.

Bayon also includes Hyundai’s Continuously Variable Valve Duration system, which alters the rate of valve opening and closing depending on driver conditions. This improves engine performance, in turn contributing to increased efficiency. The Bayon is also the first car outside of Hyundai’s hot N-series to feature rev-matching, which allows smoother downshifts while in sport mode.

Hyundai claims 118g-130g/km of CO2 for the 99bhp model when equipped with the iMT gearbox — that compares moderately well to the Nissan Juke’s 112g/km and the Vauxhall Mokka’s 123g-128g/km.

As is to be expected in any car aiming for a stellar safety rating, the Bayon arrives with a full suite of safety features, including Lane Keep Assist, Intelligent Speed Limit Assist, Forward Collision-Avoidance Assist and Blind-Spot Collision Warning. A rear occupant alert is designed to prevent pets or children from behind inadvertently left in the back of the car.

Hyundai has not yet revealed the price or the release date of the Bayon, but expect it to go on sale this summer starting at around £20,000.