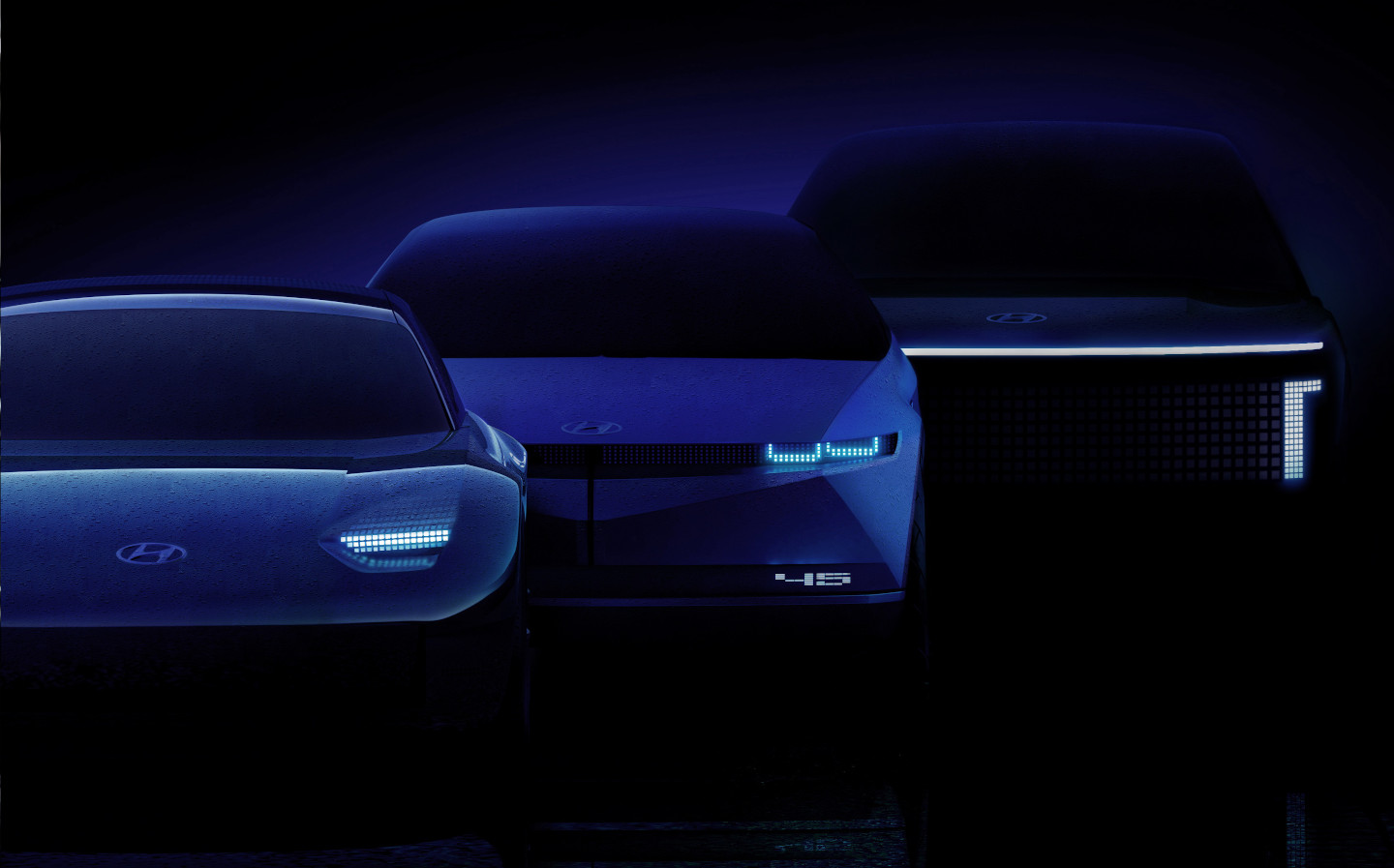 HYUNDAI has unveiled a new sub-brand dedicated exclusively to its pure-electric offerings. Ioniq, which has already been used by the South Korean car maker as a name for its electric family saloon, will now act as an umbrella term for all of its forthcoming electric models.

The name Ioniq is a mashup of “ion” (an electrically charged atom) and “unique”. Unlike some other electric spin-offs like Polestar (Volvo’s electric performance branch), the Ioniq sub brand will not wear a different badge to its parent company, with all models continuing to bear the Hyundai motif.

Alongside the announcement of the sub brand, Hyundai has promised a host of new models to comprise its line-up. There will be three new Ioniq models released over the next four years, beginning with the Ioniq 5, to be released at the beginning of 2021. The Ioniq 5 will be based on the Hyundai Concept 45, a midsize crossover. The 45, named for the number of years since the Giugiaro-designed Pony concept (Hyundai’s first model) was released, has been teased since mid-2019, and was fully unveiled at the 2019 Frankfurt Motor Show – one of the last to go ahead before the coronavirus all but emptied the 2020 motoring calendar. 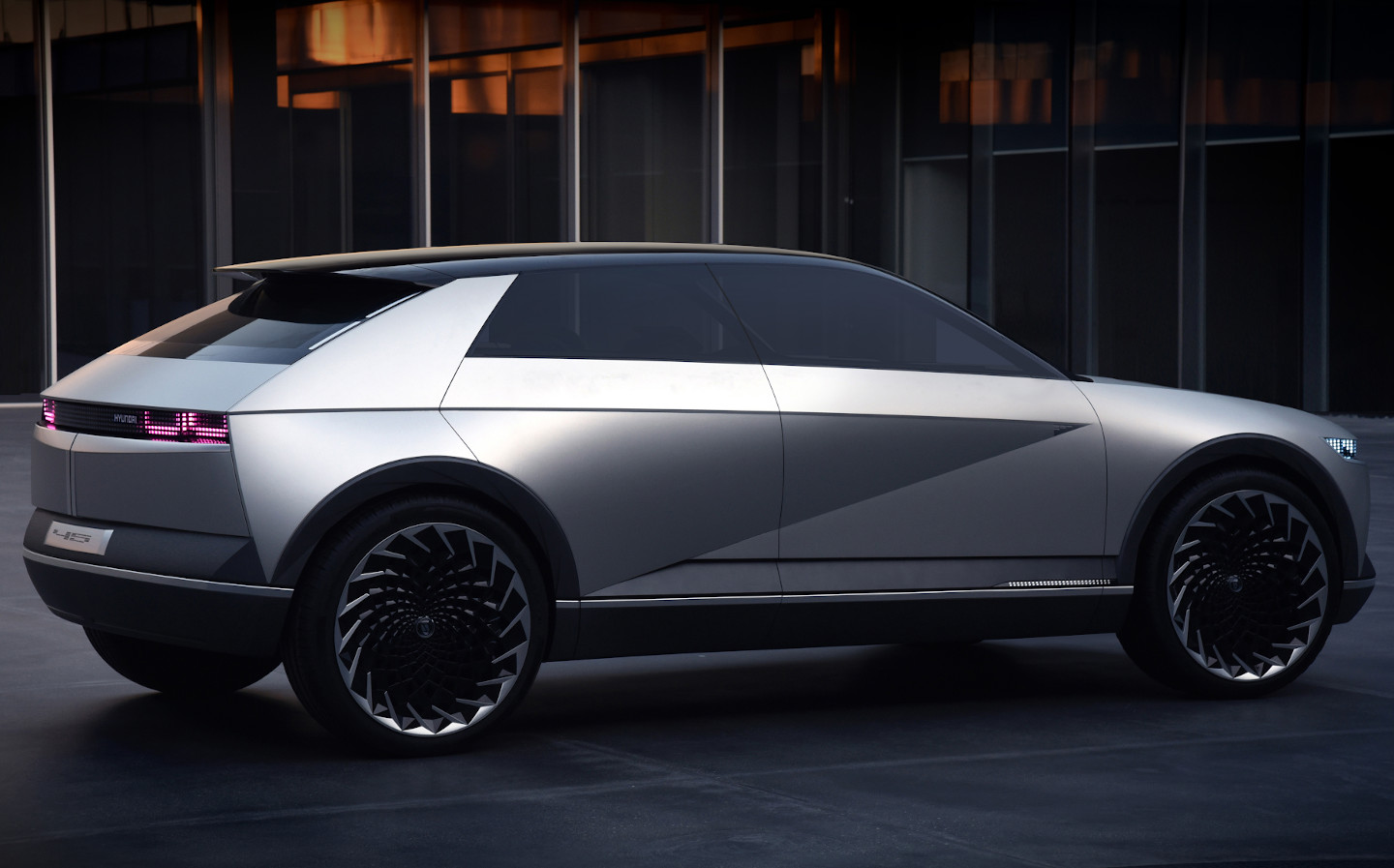 Its folded-paper, geometric styling previewed the design language that Hyundai will use for its electric cars going forward, although the production model spied in testing at the Nurburgring in July is predictably less dramatic.

The company has already shown its ability to design a good electric car with the Ioniq saloon, which comes in increasing increments of electrification including self-charging hybrid, plug-in hybrid and pure-electric (as does Hyundai’s other electric offering, the Kona SUV). The pure-electric edition of the Ioniq won the best family electric car in the inaugural What Car? Electric Car Awards at the beginning of this month.

The Ioniq sub brand will release SUVs on odd numbers and saloons on even numbers, says Hyundai. The Ioniq 6, then, will be based on the well-received Prophecy concept that would have debuted at the Geneva Motor Show had it not been cancelled at the very last minute. The Prophecy is a four door, four seat coupe that is something of a manifesto for Hyundai’s “Sensuous Sportiness” design philosophy. 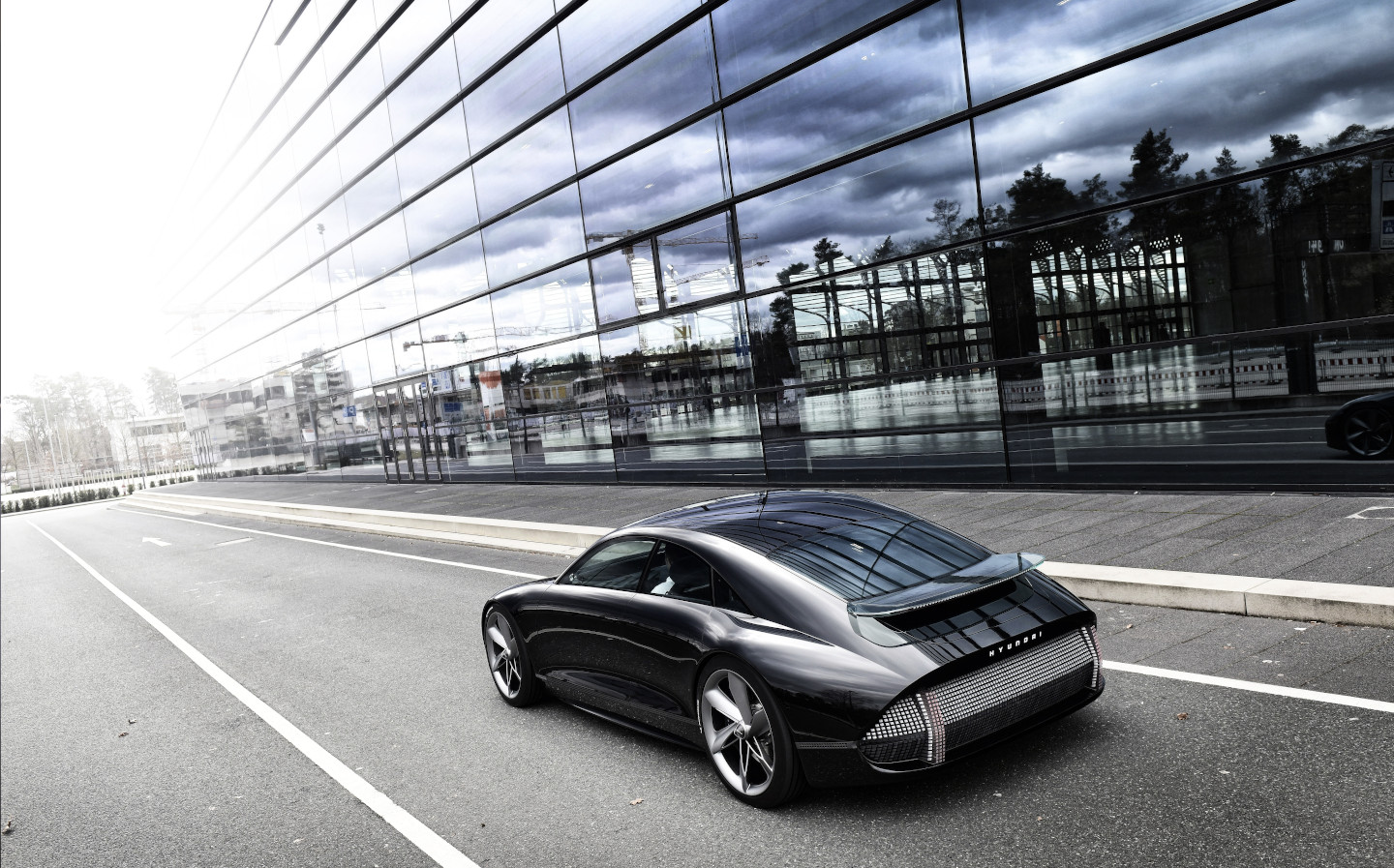 It reportedly takes aesthetic cues from sports cars of the 1930s, although there are visible similarities (at the back, especially) to the Porsche 911. We would assume that some of the Prophecy’s more outlandish features — including the joysticks that replace the traditional steering wheel — will probably not make it to the Ioniq 6. This will be followed by (you’ll never guess) the Ioniq 7, which will be a large SUV slated for release in 2024.

All of the currently planned models will make use of Hyundai’s E-GMP platform, which, according to Hyundai, will not only allow fast charging and long range, but allow it to reimagine the interior of the car as as a “smart living space”, with highly adjustable seats and multi-purpose features including glove boxes that double up as drawers.

Hyundai celebrated the announcement by illuminating the London Eye with a letter “Q”  — perhaps the “O” in Ioniq wasn’t distinctive enough — launching the brand’s “I’m in charge” campaign, which aims to promote “empowerment of the environment and diverse lifestyles through Ioniq”.

With the unveiling of Ioniq, Hyundai hopes to become the world’s third-largest maker of pure-electric cars by 2025, predicting that sales will number around 560,000 by that time. Tesla and Renault are currently the two biggest electric car makers in the world, although Chinese company BYD is expected to return to a top-spot in the not-too-distant future after the coronavirus pandemic decimated its sales.

Wonhong Cho, Executive Vice President and Global Chief Marketing Officer at Hyundai, said: “The Ioniq brand will change the paradigm of EV customer experience. With a new emphasis on connected living, we will offer electrified experiences integral to an eco-friendly lifestyle.”