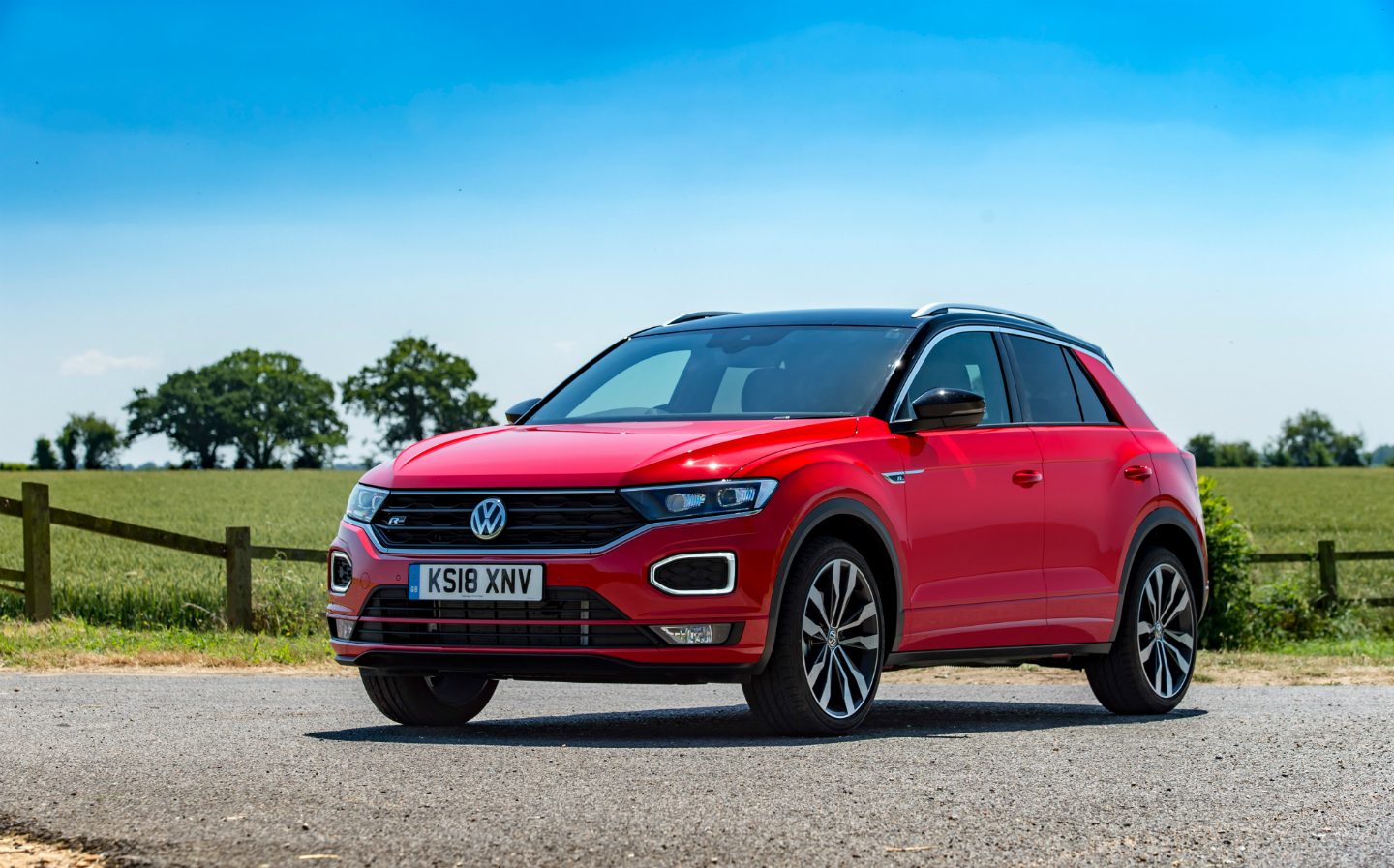 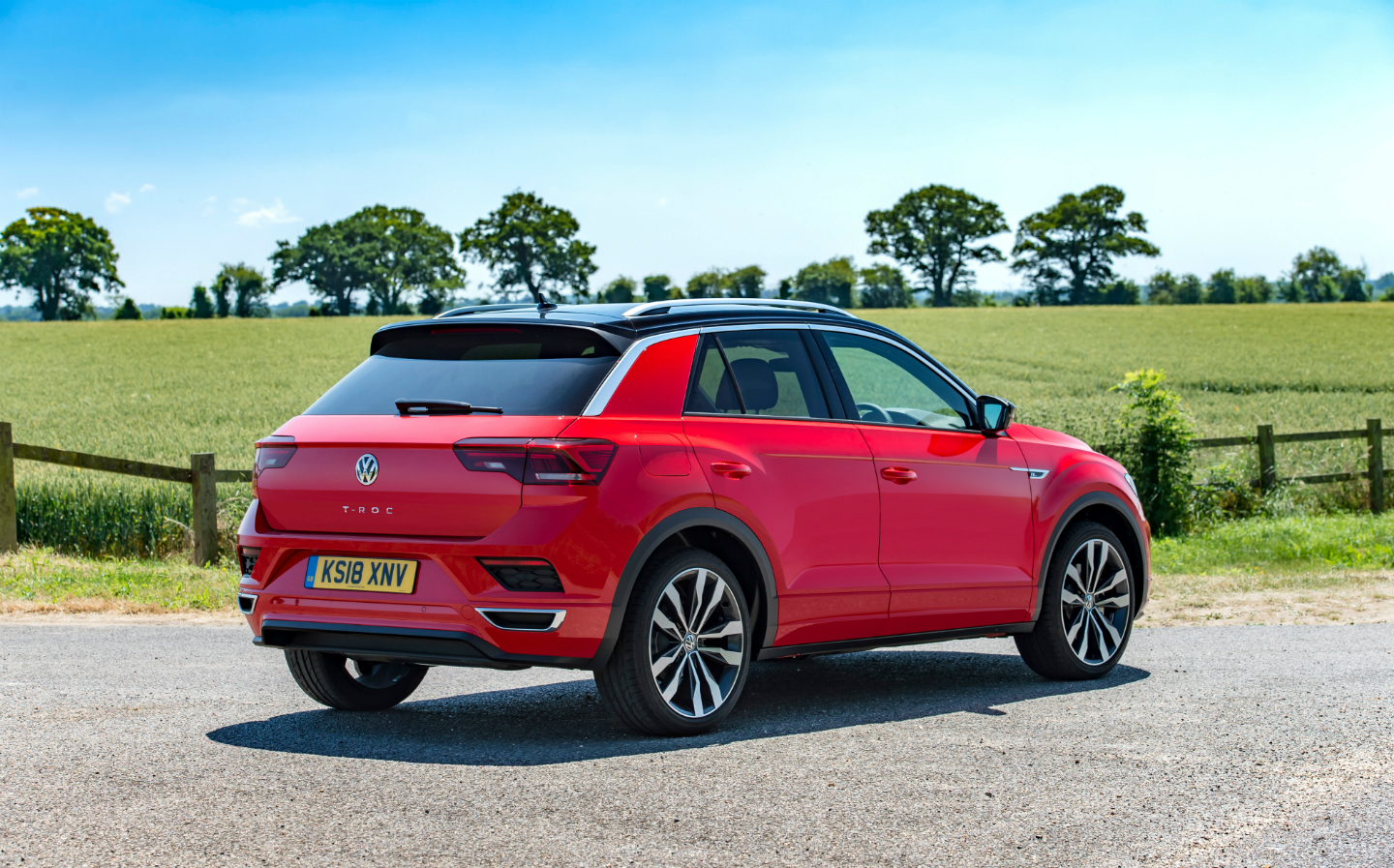 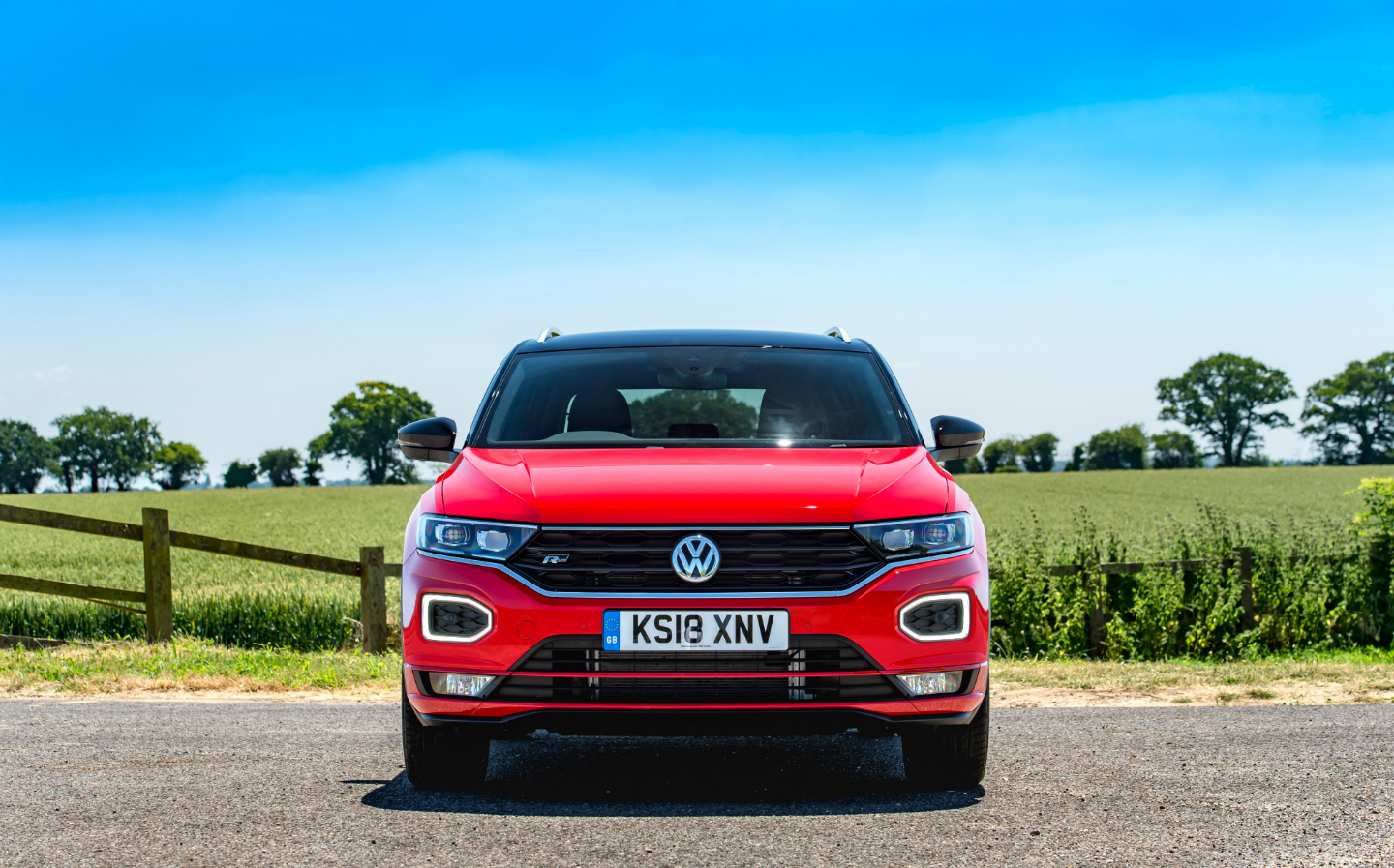 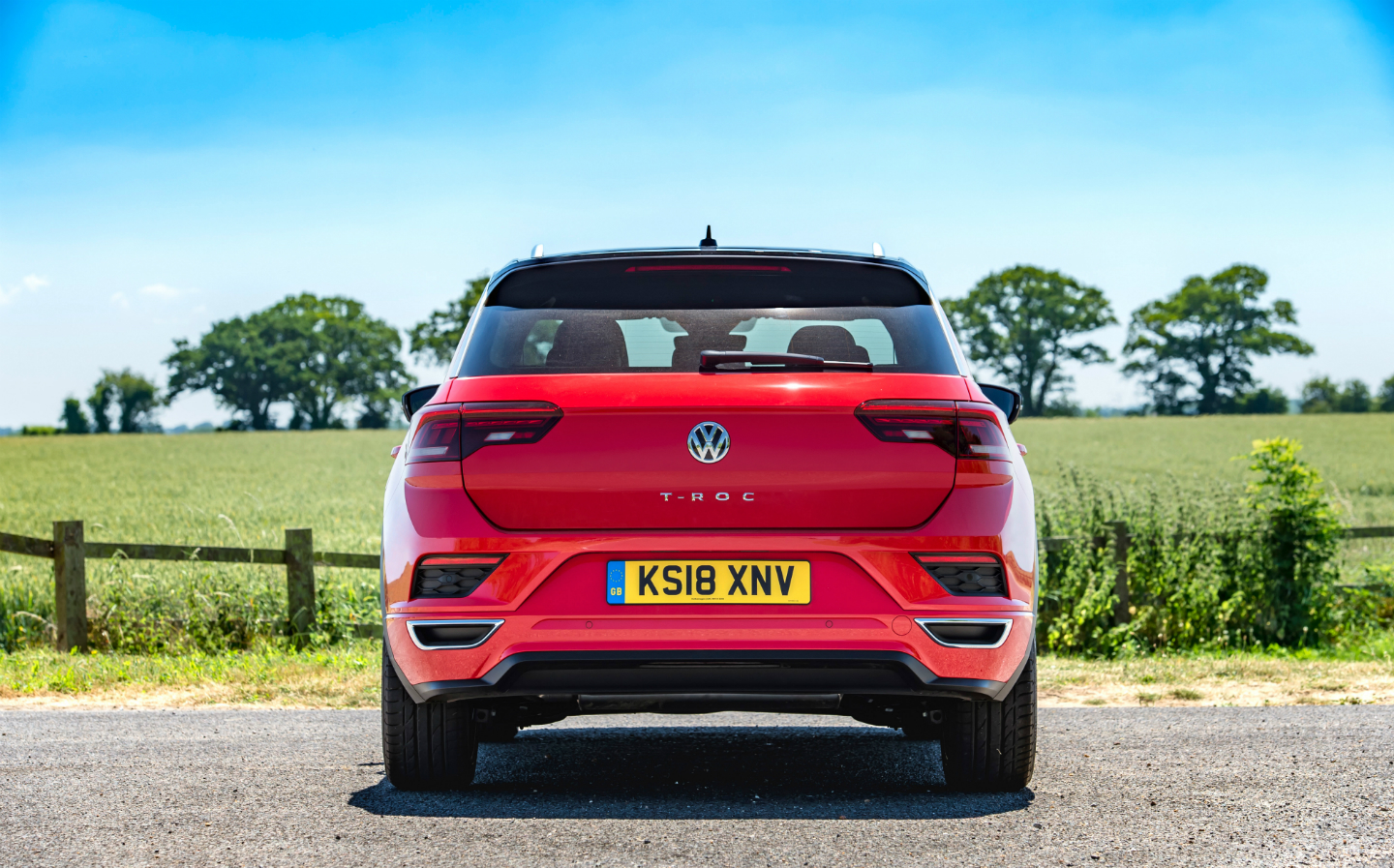 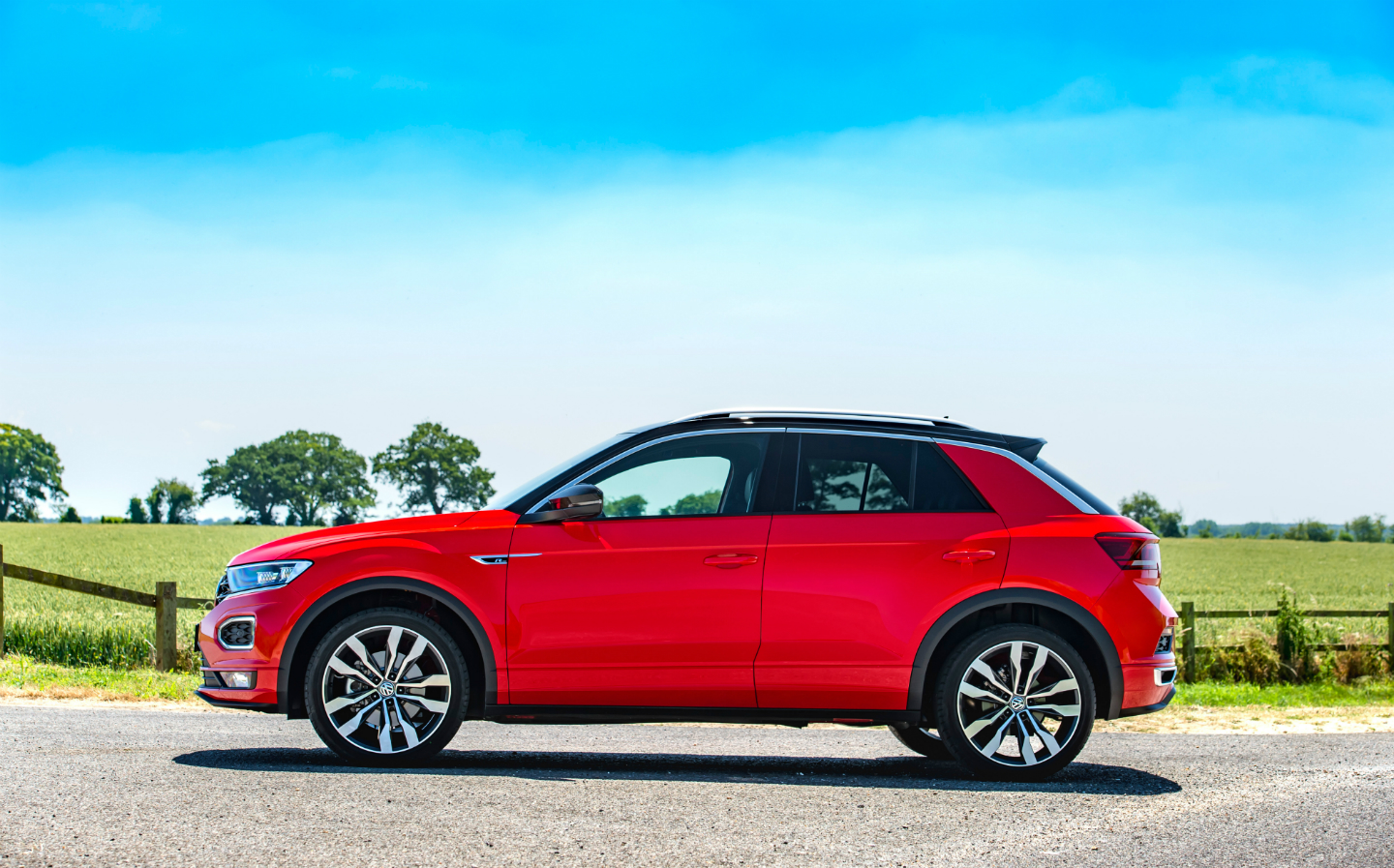 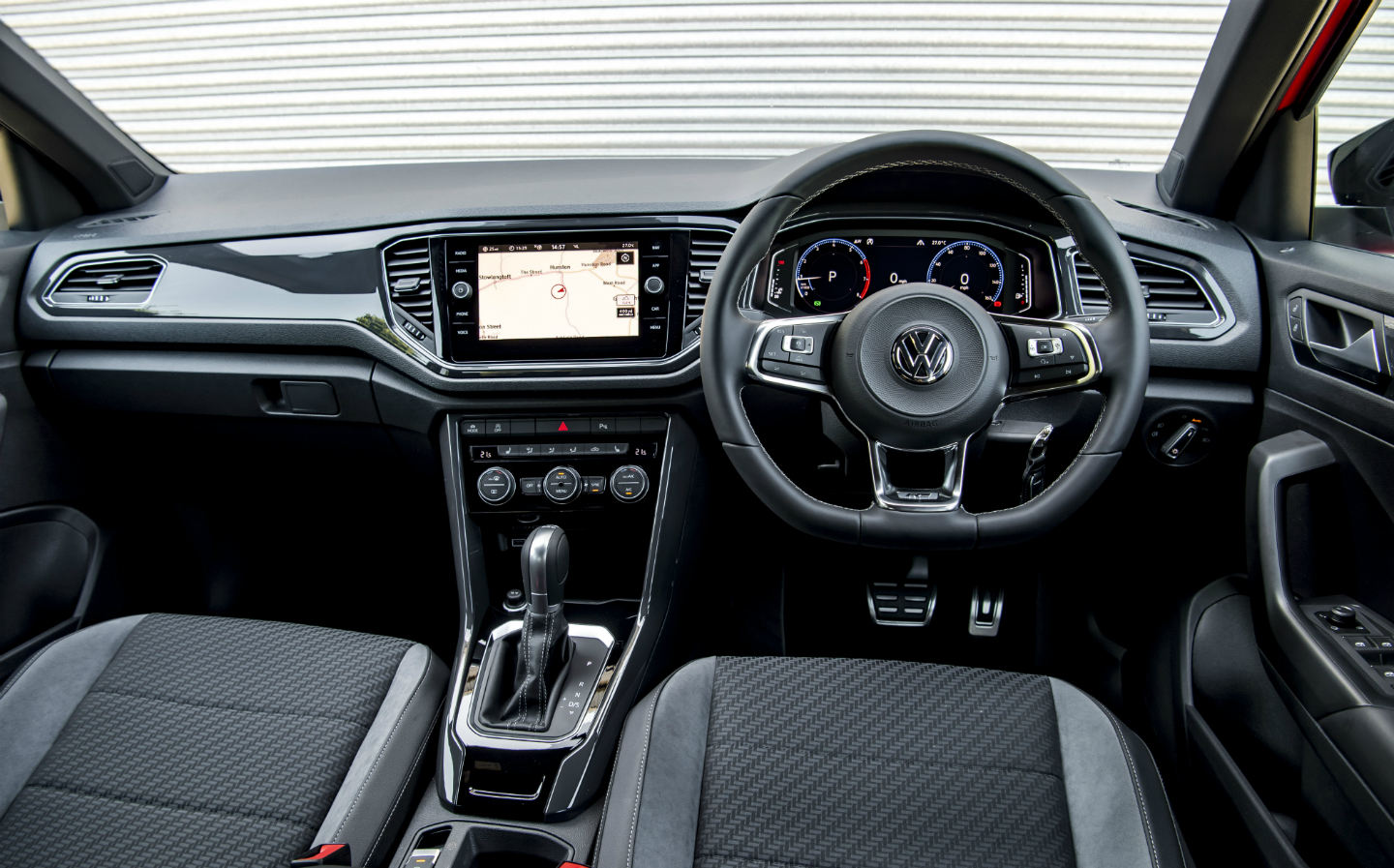 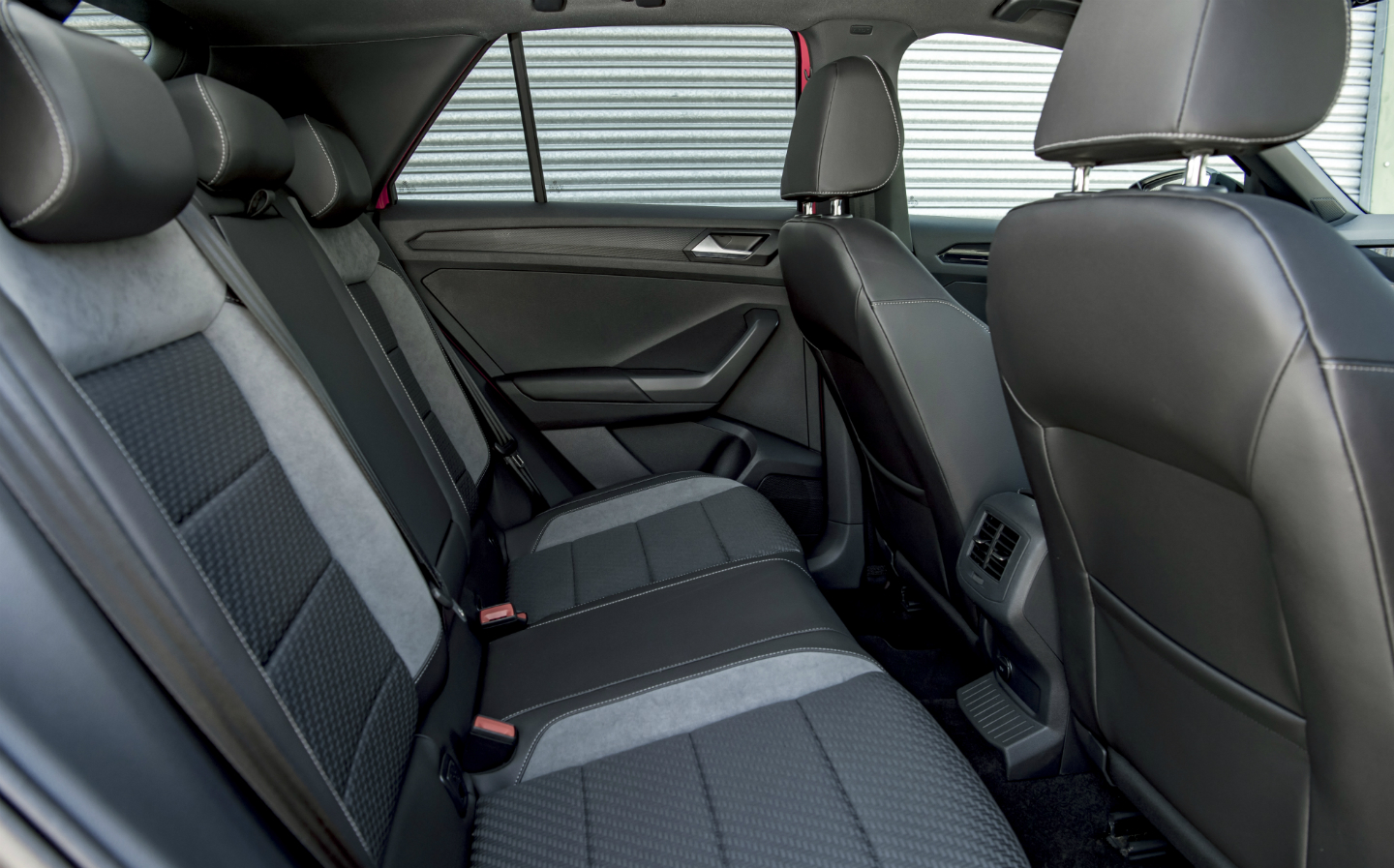 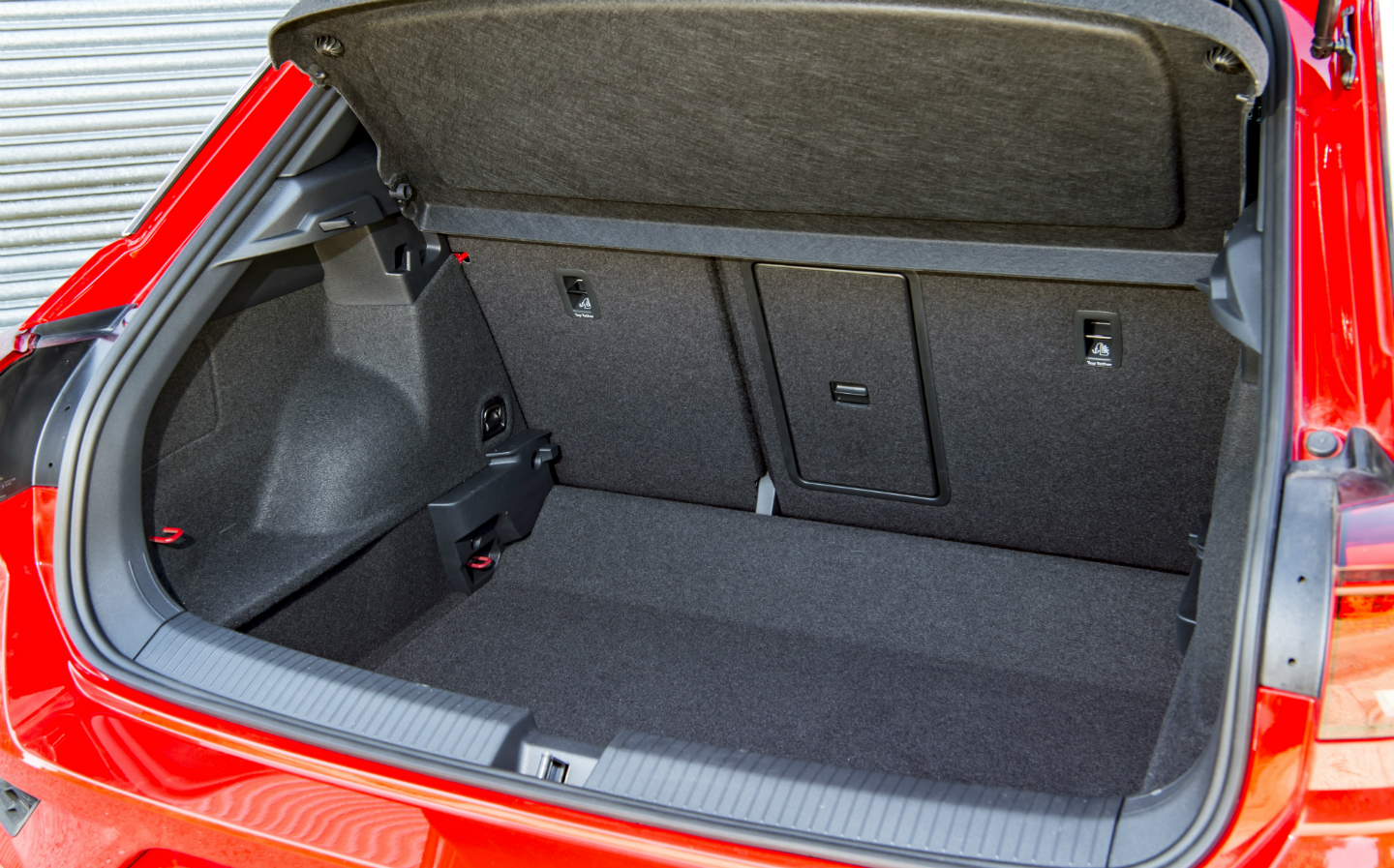 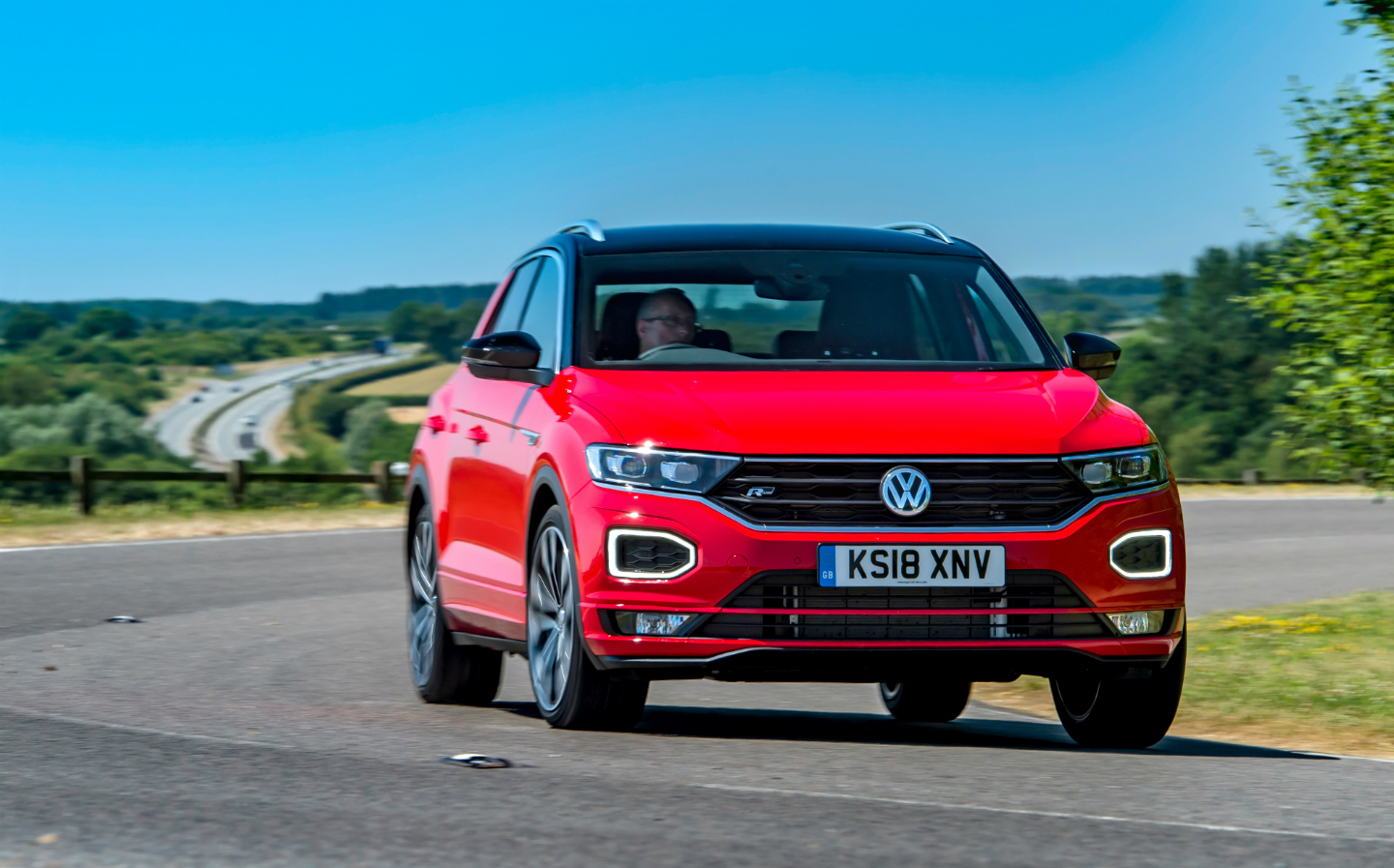 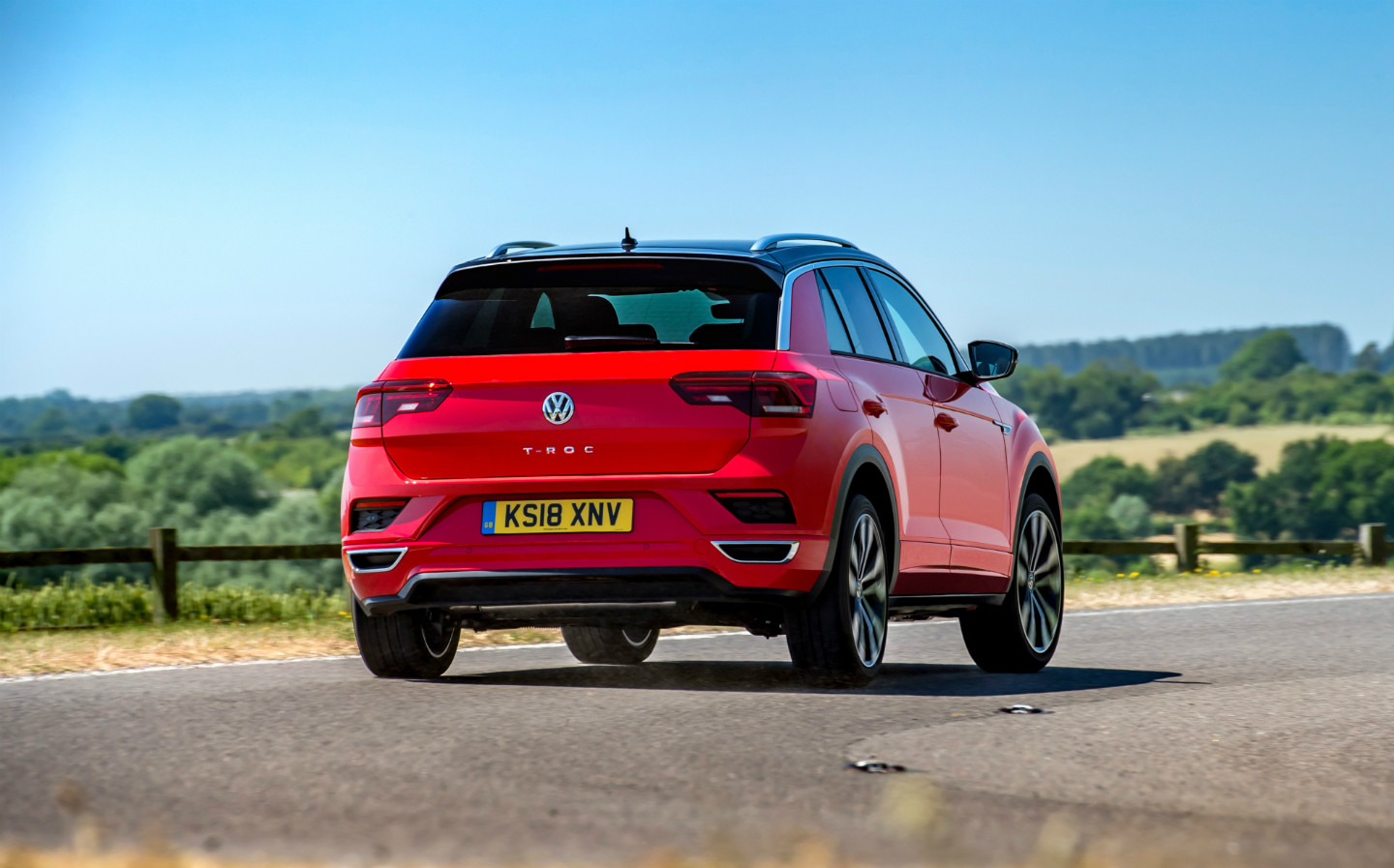 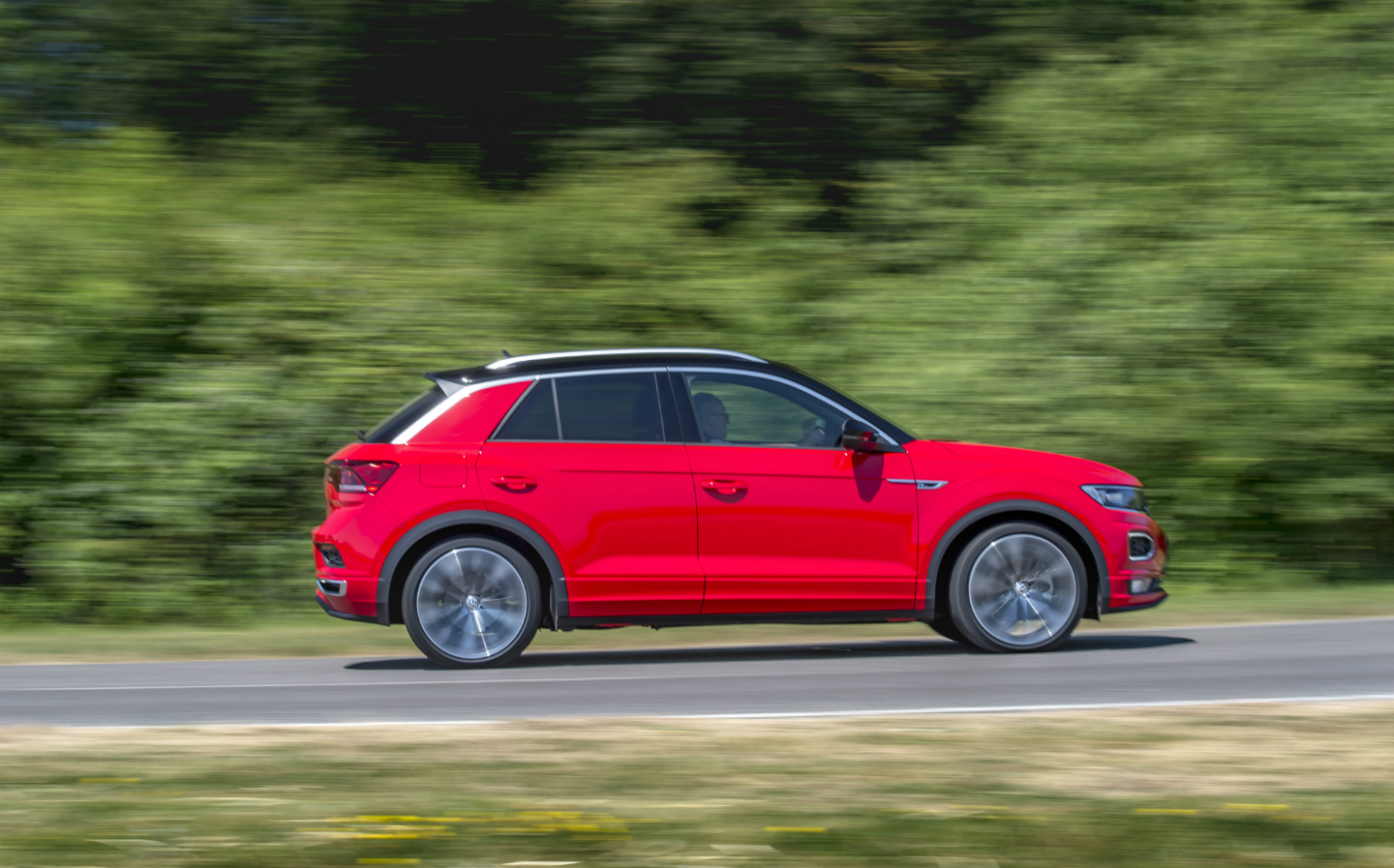 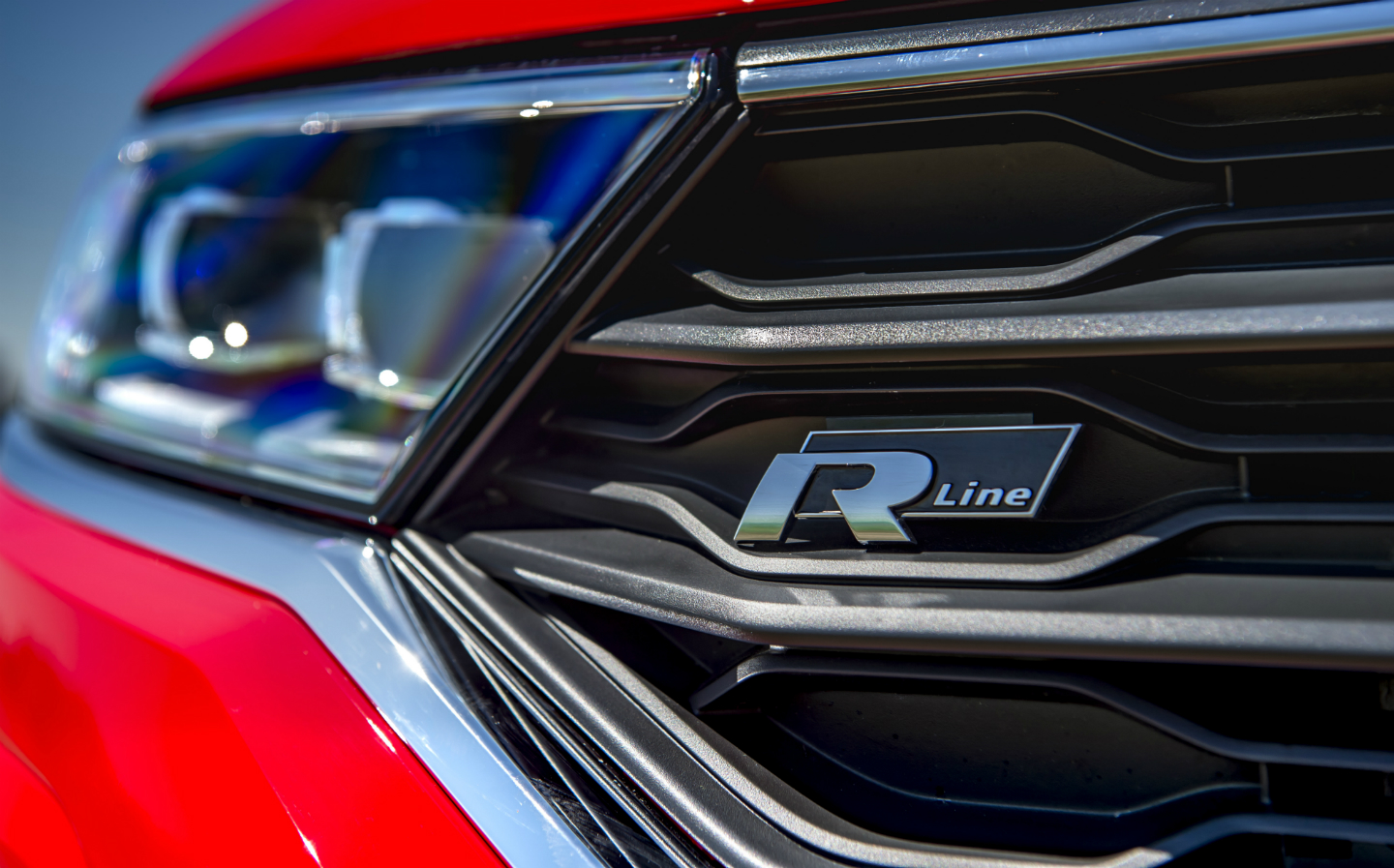 THE VW Golf, someone once said, is a byword for everything you really need from a car. It is the answer to every motoring question that’s been asked. You’re a tearaway and you want something fun. Buy a Golf GTI (Clarkson did). You’re a commuter and you need a sensible car to drive to the station. Buy a Golf GTD. You’re a nurse and you need something cheap and reliable to get you to the hospital every morning. Buy a second-hand Golf S. Problem solved, then.

But wait — maybe the question is, “What if I need an SUV for ease of loading and unloading and riding over urban speed bumps, and because it feels safer on the motorway?”

The Golf is still the answer, even though in this case it’s called a T-Roc. Ignore the trendy name — it’s a jacked-up Golf. Its designers have given it a rugged look, but the disguise is fooling no one. It should have been called a Golf X-Cross.

The reason it wasn’t is that VW didn’t want the Golf brand to steal sales from soft SUVs made by its subsidiaries: the Skoda Karoq, the Seat Ateca and the Audi Q2. Asked how it came up with the name T-Roc, Volkswagen was at a loss to explain. Maybe the marketing people came back with hangovers from a three-day brainstorming session and hit random keys on the computer.

Whatever, the T-Roc is a Golf for the new, suburban, safety-conscious school-run, flat-pack, garden-centre generation.

True, it’s not the most practical of the family. That’d be the Golf estate. The VW stylists clearly got their way in deciding the raked roofline at the back, which reduces rear visibility as well as headroom and boot space. It won’t swallow a fridge-freezer, though it will fit a Billy bookcase.

There’s no point going on at length about how the T-Roc drives or its build quality, because as it’s merely an addition to the Golf clan, the chances are you’ve already experienced it in some form. Volkswagen is a master at repurposing cars among its many subsidiaries.

All car manufacturers do this to some extent, to spread the enormous engineering costs more thinly. For instance, the Fiat 500 is a Panda underneath; the new Toyota Supra is a BMW Z4 in a new outfit. But no one excels like Volkswagen at this practice of platform-sharing, and no platform is more widely shared than the Golf’s.

In addition to underpinning those SUVs already mentioned, it is used in the Audi A3, Q3 and TT, the Seat Leon, the Skoda Octavia and the VW Tiguan and Touran.

In one sense, then, buying a T-Roc is like wearing the same jeans as everyone else, made in the same factory with the same grade of denim, but with a slightly different wash and a different label.

This may make you bridle at the idea of conformity, but it’s no bad thing when it comes to selling on. Like the Golf, the T-Roc makes a virtue of being inoffensive. It’s not the cheapest car in the world, but neither is it conspicuously expensive. It doesn’t say you’re hard-up; nor does it say you’re a show-off — it’s timeless and classless. So finding a buyer will be more straightforward than for, say, an orange Vauxhall Mokka X.

There’s no shortage of choice in this, the most buoyant sector of the car market. But unless you haven’t forgiven VW for Dieselgate, choosing a T-Roc is more “why not” than “why”.

There’s the Mini Countryman, but not everyone’s a fan. Clarkson called it dreary, ugly and unnecessary. Perhaps you like the look of the Toyota C-HR, but after you’ve test-driven one you may change your mind.

That said, choosing which T-Roc to buy isn’t easy. VW turns it out with a bewildering number of engines and trims, and that’s before you start adding options. The result is that the £33,930 2-litre automatic version costs a staggering 76% more than the 1-litre manual, at £19,270.

The good news is that the T-Roc comes with a choice of three petrol and two diesel engines — evidence, if it were needed, that petrol is in the ascendancy after years of retreat. At one stage, if you wanted a Golf-platformed car such as the Tiguan in right-hand drive, you could buy only diesel. After Dieselgate, VW hastily reversed its policy.

In terms of engine size, you may want to take the Goldilocks approach. The middle-of-the-range petrol 1.5-litre T-Roc comes with a stress-free DSG auto gearbox in SE trim for £24,210 (in the snazzy R-Line trim — with oversized wheels — it’s £28,455). If that price seems high, it’s worth noting that a comparable Nissan Qashqai — the bestseller in this class — costs about the same.

If you choose the DSG version, the T-Roc will shift gears snappily and pull away smoothly from standstill. The engine has gusto when you want it on B-roads and is unobtrusive on A-roads.

It’s not a low-slung hot hatch, mind, so it’s never going to corner and accelerate like a GTI. This is a Golf that’s grown up and bought a home, rather than one that spends nights on the tiles.

If you can’t wait the 8.4 seconds it takes the T-Roc to get to 62mph, there’s a speedier version on the way: the T-Roc R. It will use the 296bhp engine from the Golf R to give a 0-62mph time of about five seconds.

If you’re bewildered by the engine range, the 1.5-litre petrol is worth looking at if you want to take the Goldilocks approach

If you’re less worried about performance than running costs and carbon dioxide emissions, then the diesel 1.6 TDI SE at £23,040 is for you.

All models come with safety systems such as forward collision warning and emergency braking. Adaptive cruise control is standard on the SE and pricier versions. These are should-have, if not must-have, electronic lookouts, especially if you drive long distances. They are co-pilots that never tire of keeping a safe distance between you and the traffic in front.

That doesn’t mean they’re a substitute for staying alert, but they’ve proved their worth in accident prevention, in the way that seatbelts and antilock braking did. On rivals from the VW stable such as the Karoq, adaptive cruise control costs £300 extra.

If you want fancy add-ons on the T-Roc, a panoramic sunroof costs £1,080, and there’s four-wheel drive at £1,690. It’s good for slippery roads, or overflow parking in a field, but this isn’t an off-road vehicle. It may look pumped up, but it’s not heavy-duty, and there’s not enough ground clearance for proper mud-plugging.

There will be those who ask why the world needs another soft-roader. After all, every type you could want is available, surely, from the budget Dacia Duster, SsangYong Tivoli and MG ZS through to those mid-range favourites the Renault Kadjar, Nissan Qashqai and Peugeot 5008 to premium models such as the Mercedes-Benz GLA, Jaguar E-Pace and Volvo XC40.

Well, here’s why. The higher driving position is an advantage on busy roads, and the ease of access is important if you’re a back-pain sufferer or a parent with young children. Or just someone who has to haul around shopping and other paraphernalia. With the lives people lead these days, those things matter.

Welcome, then, to the most grown-up Golf of the range, the X-Cross. Sorry, T-Roc.