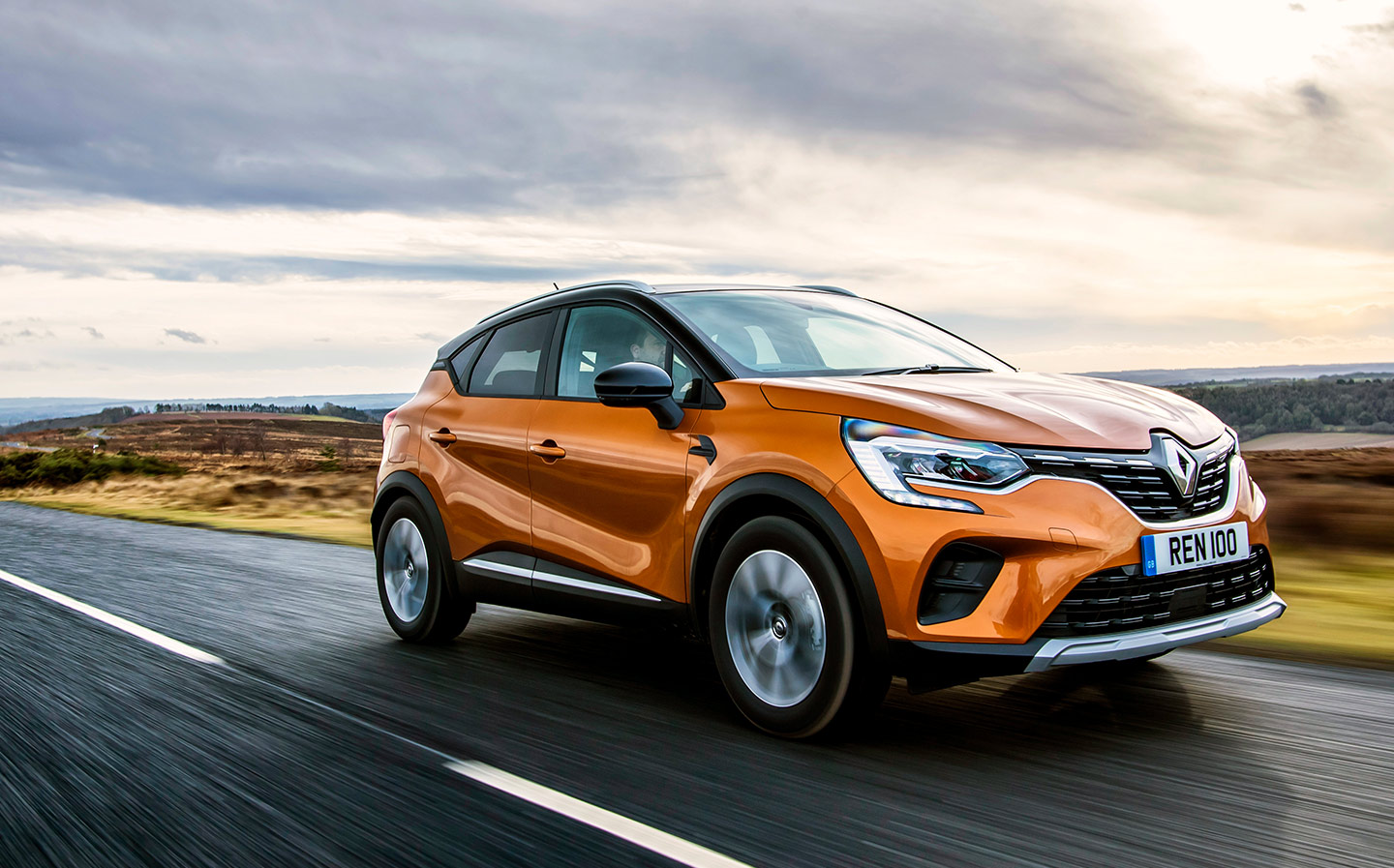 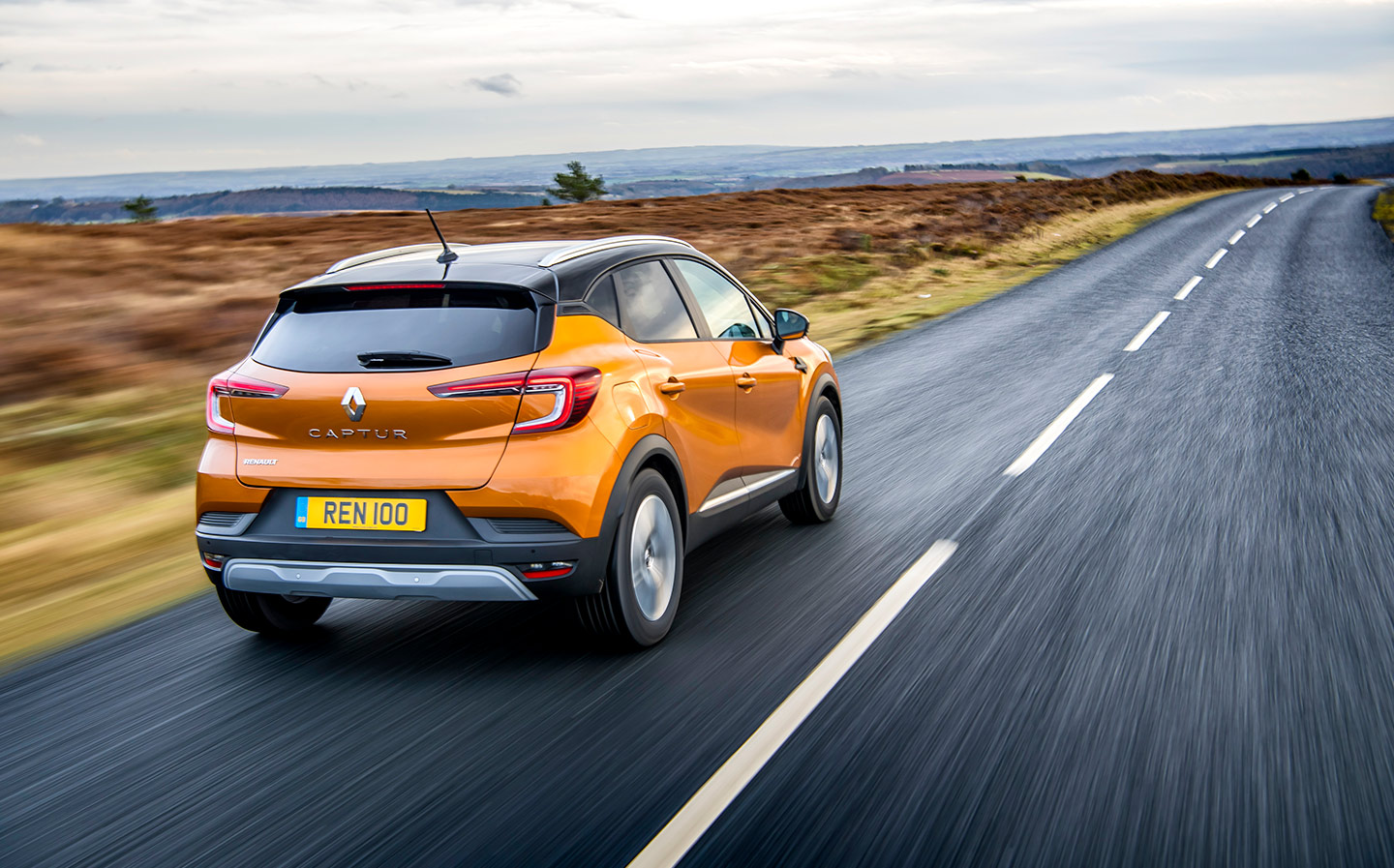 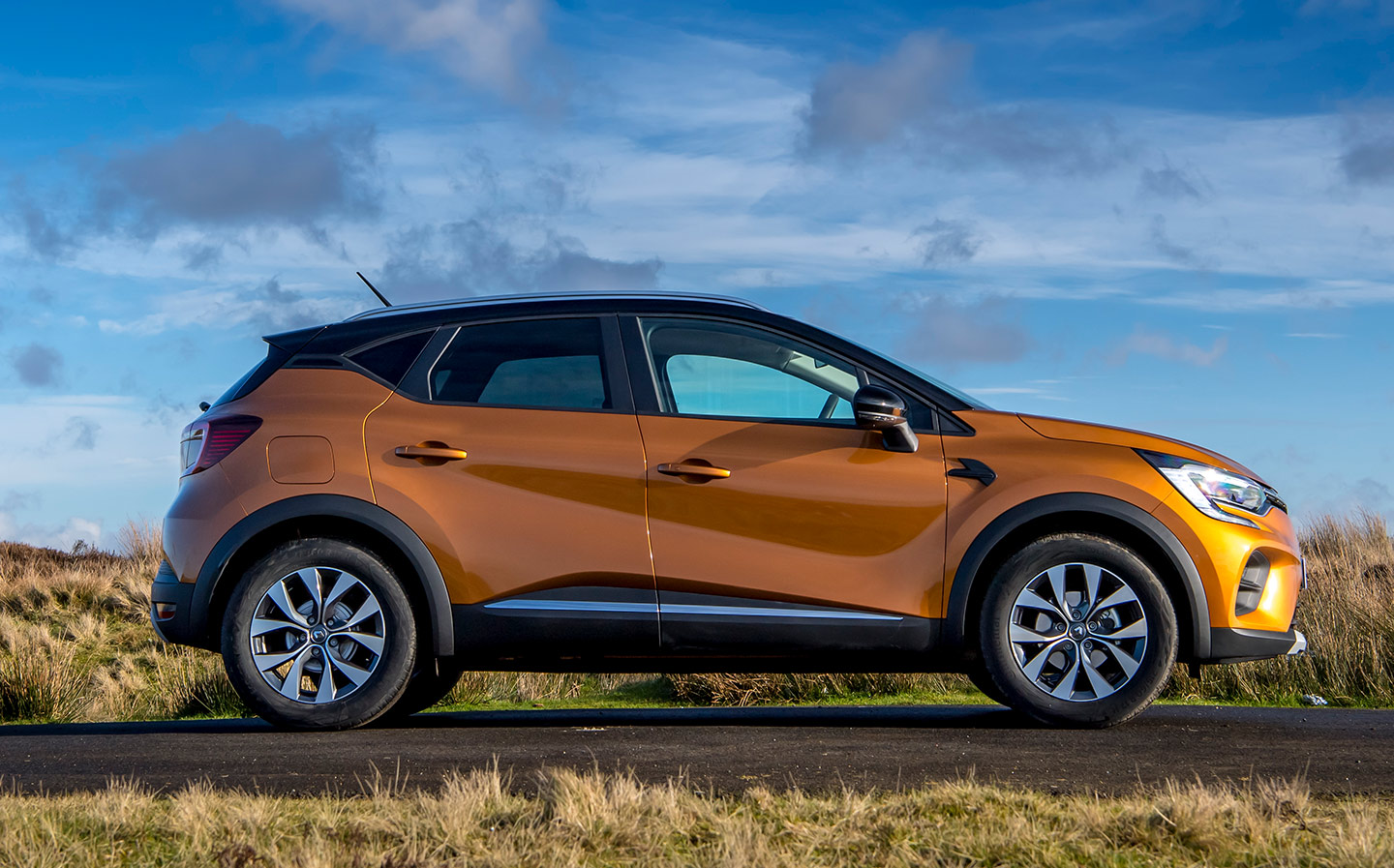 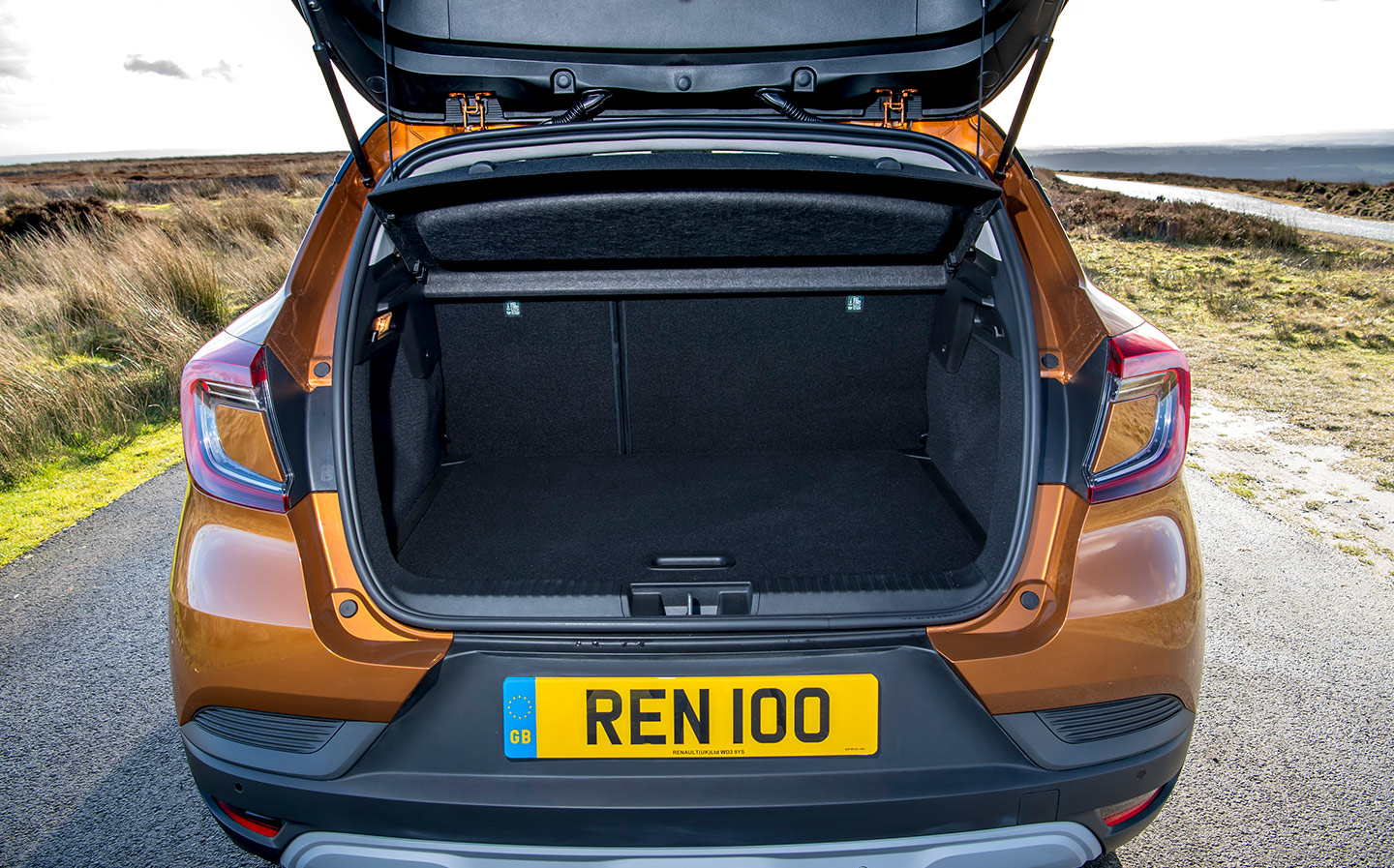 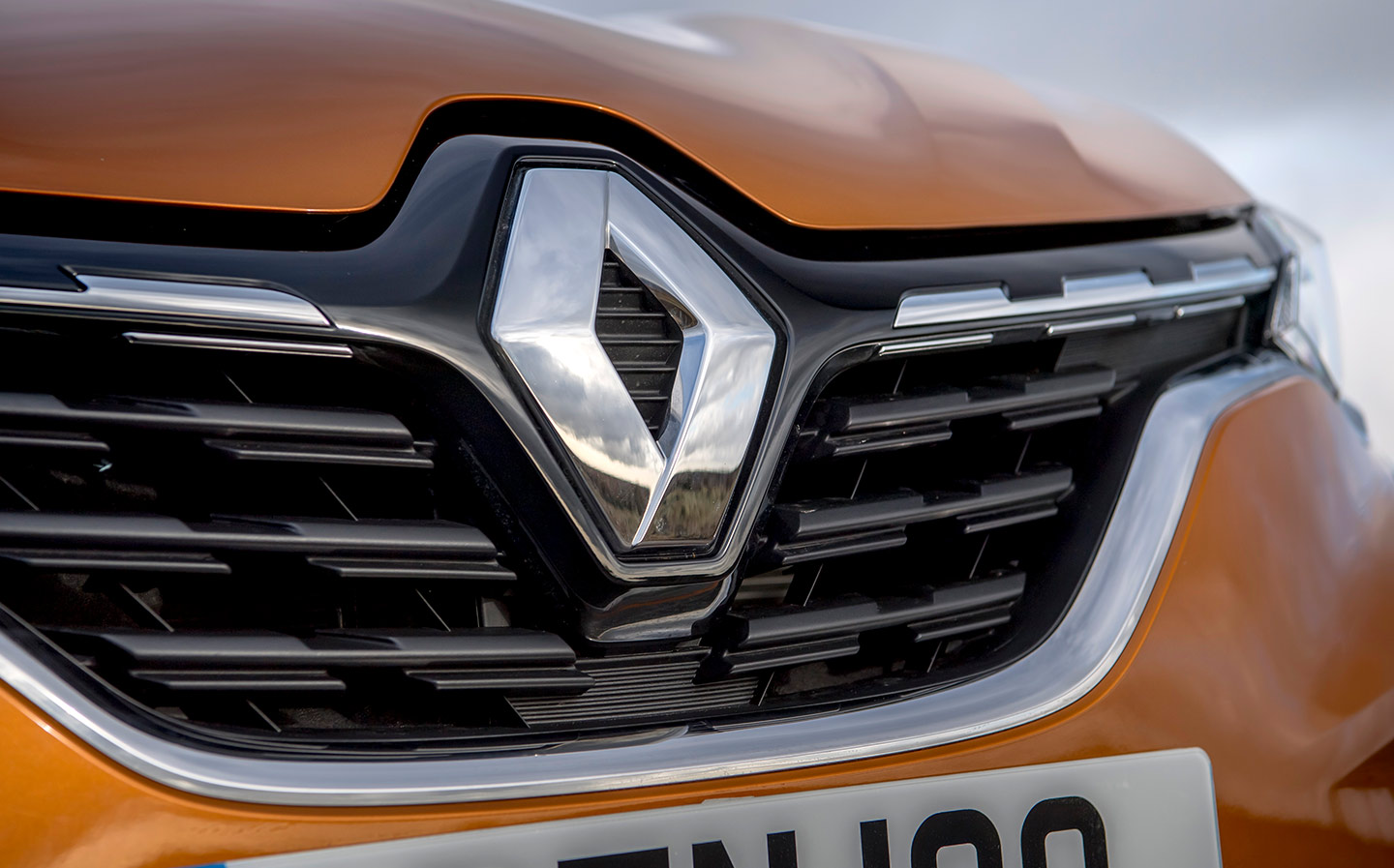 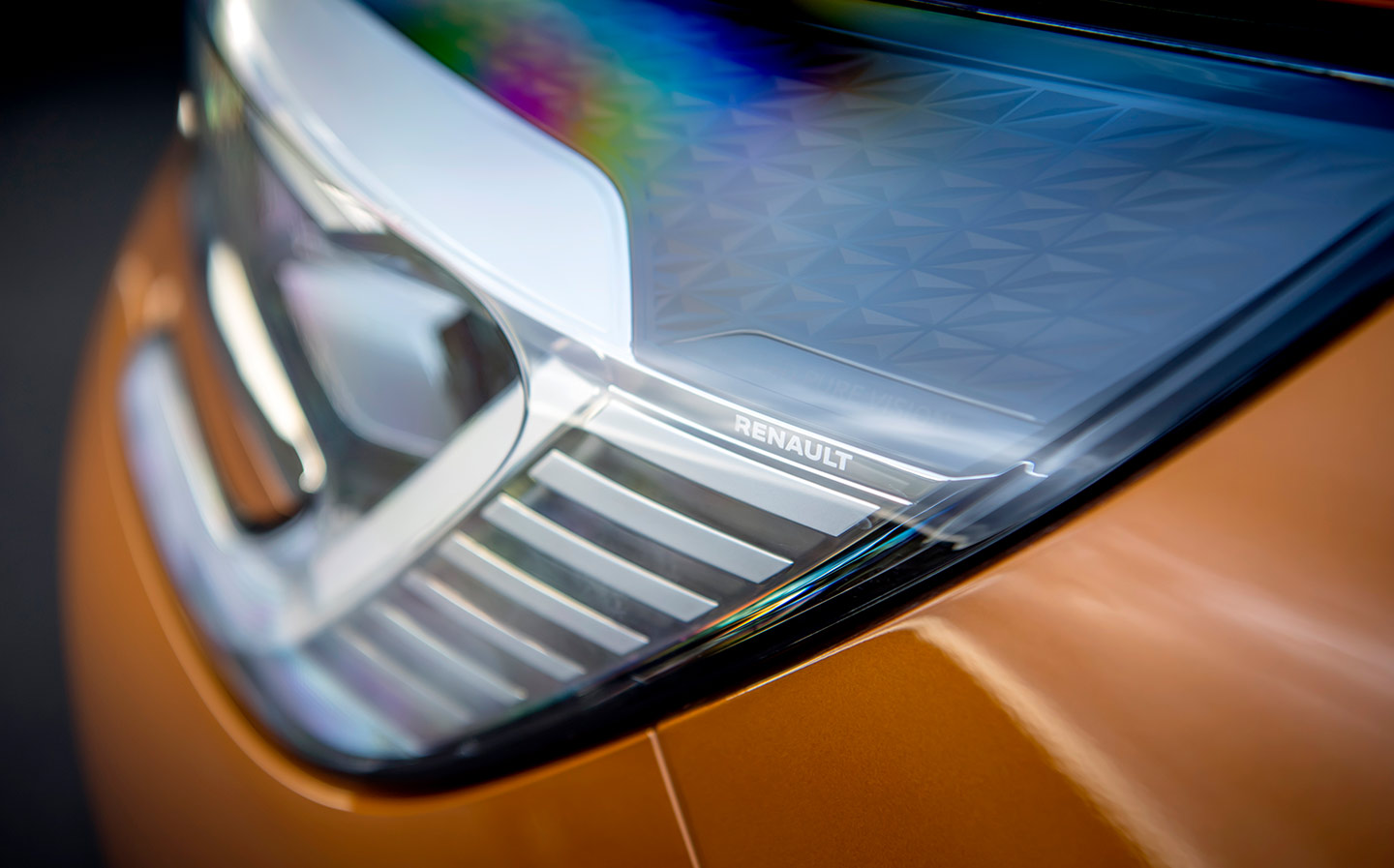 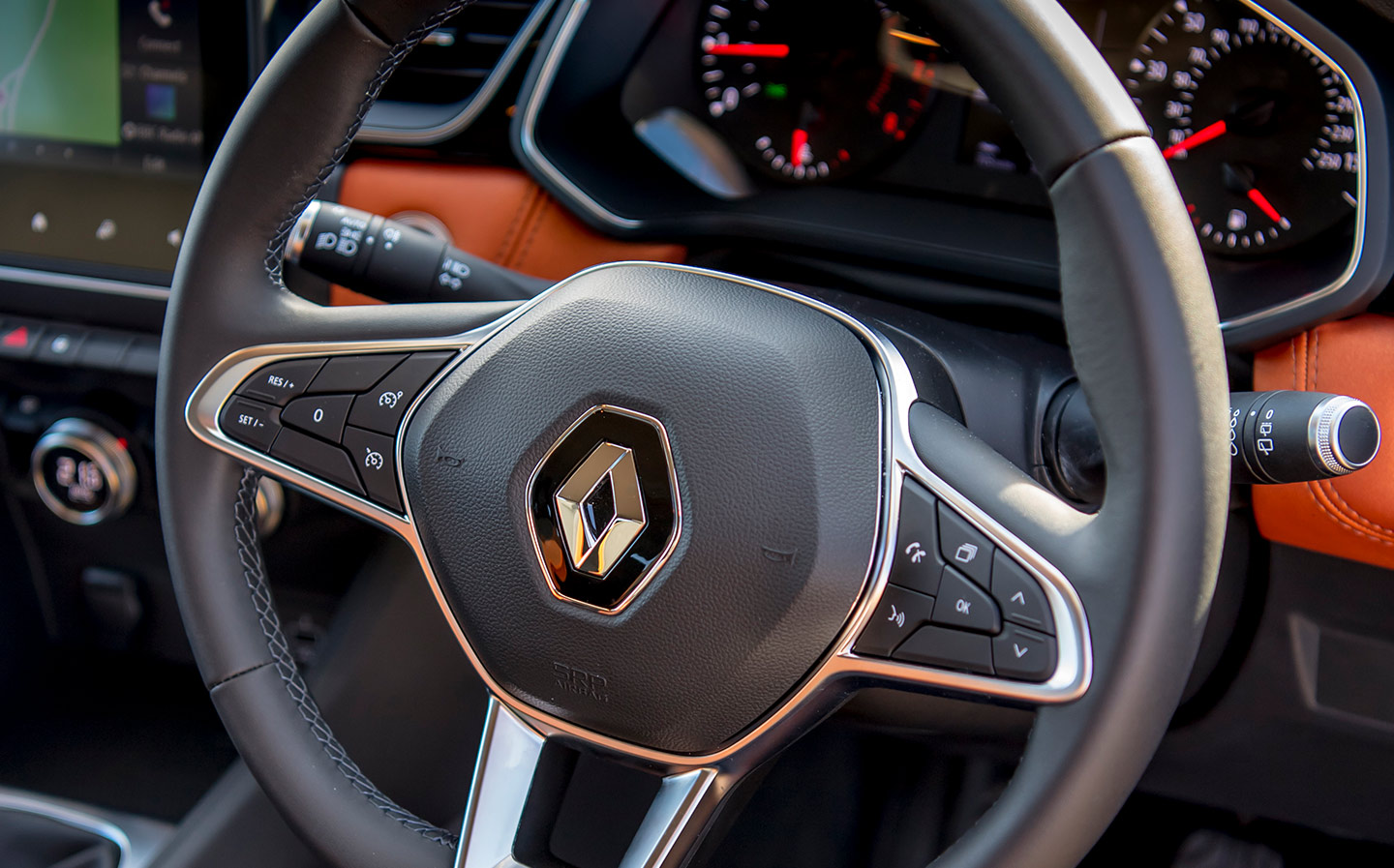 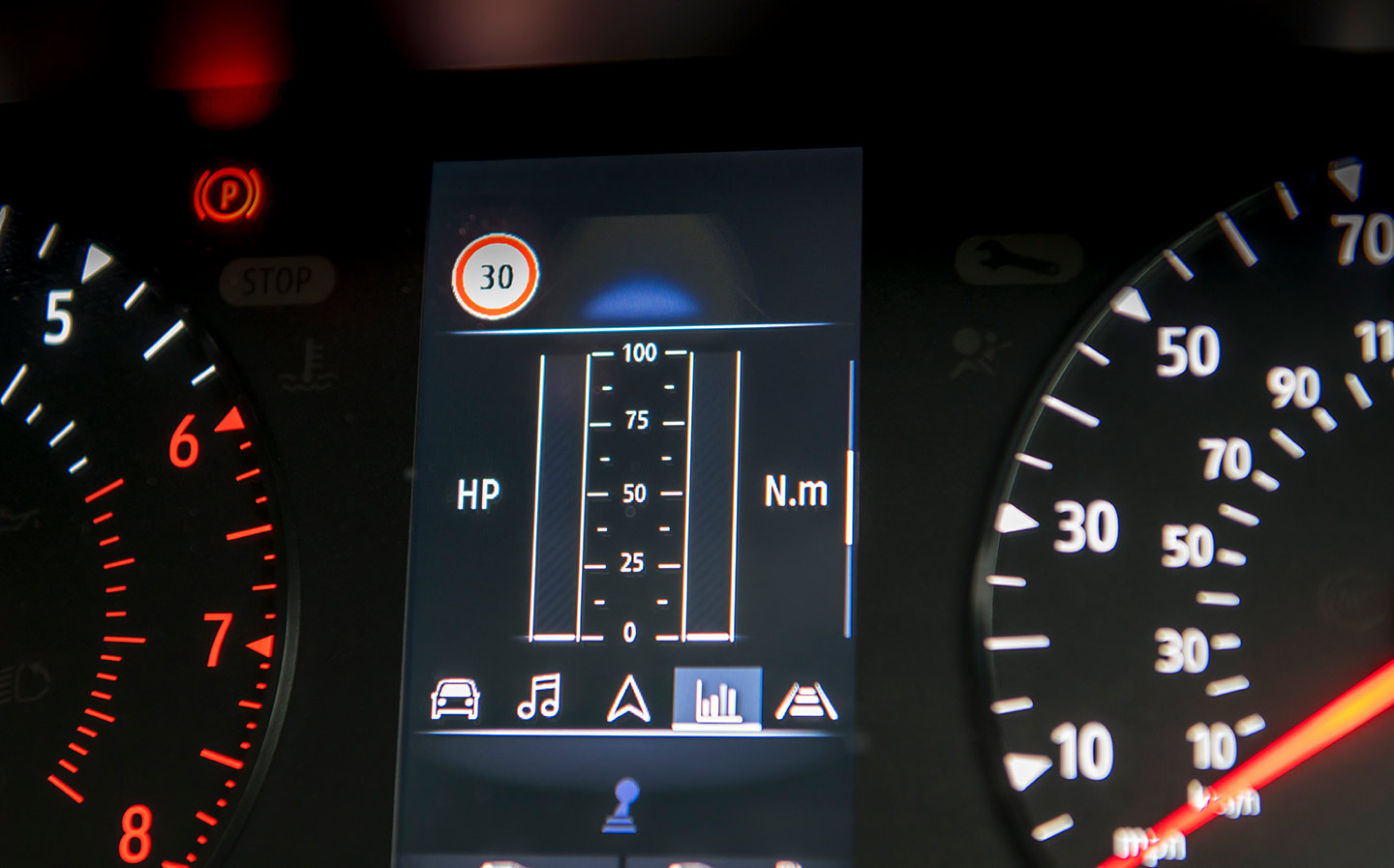 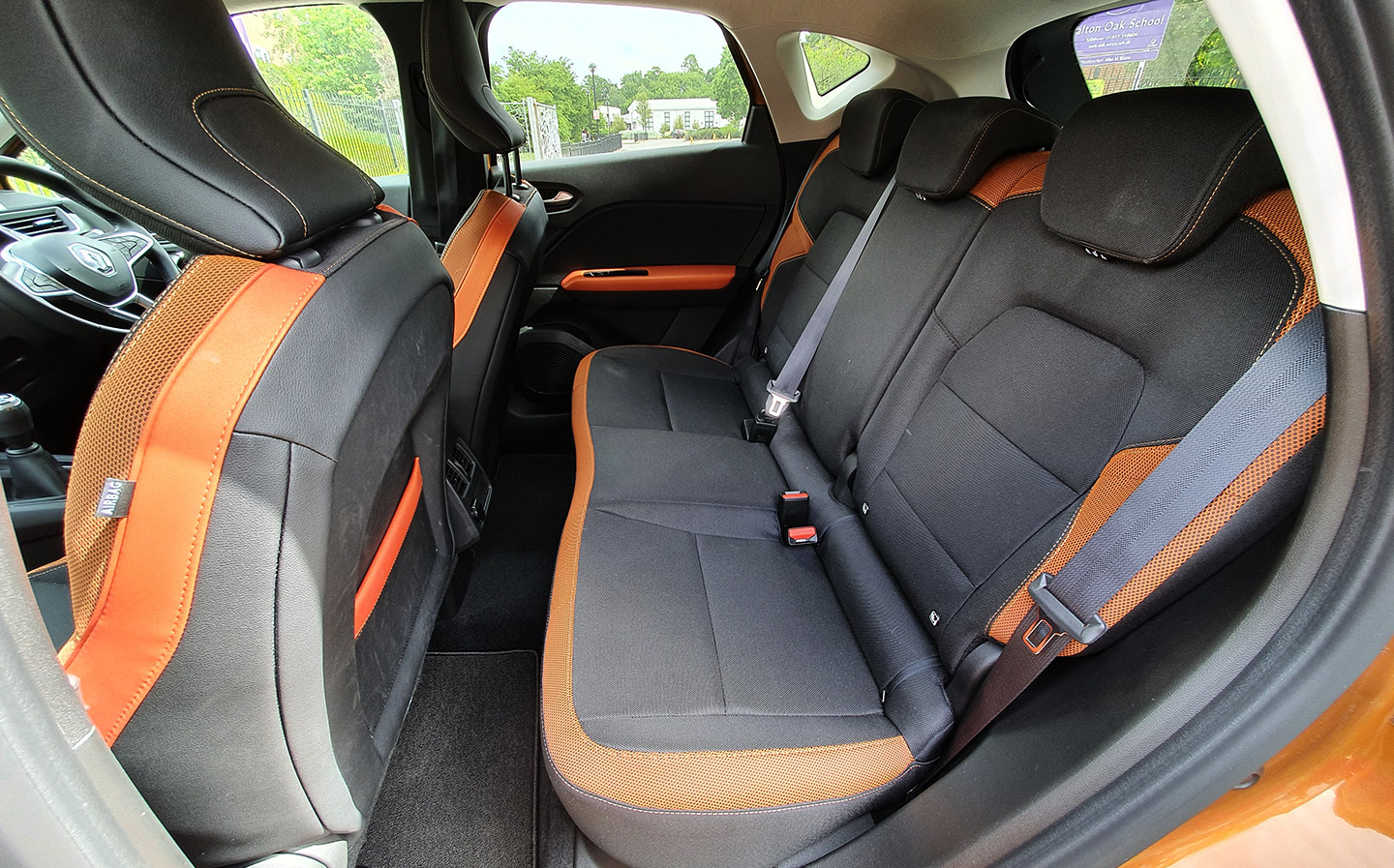 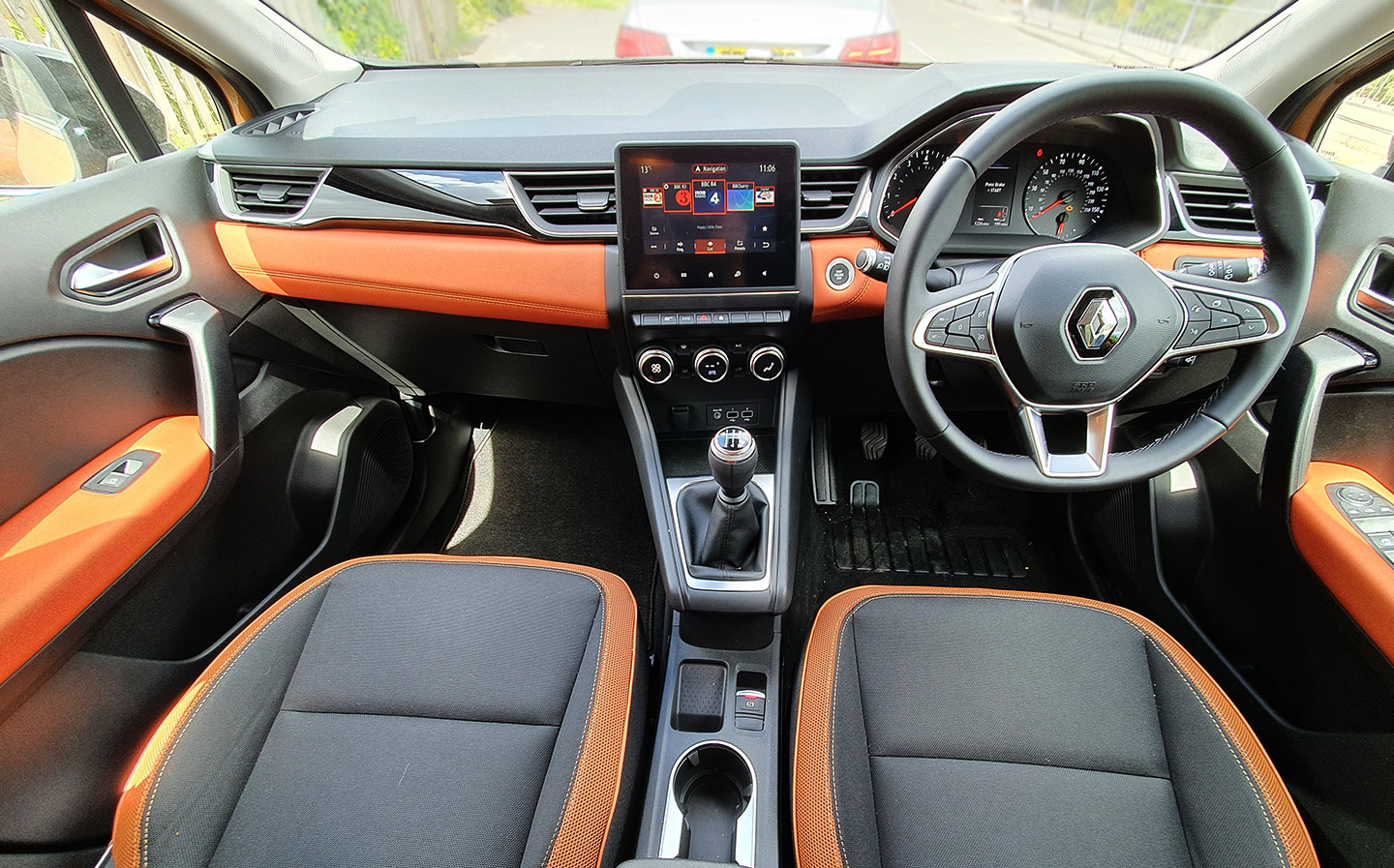 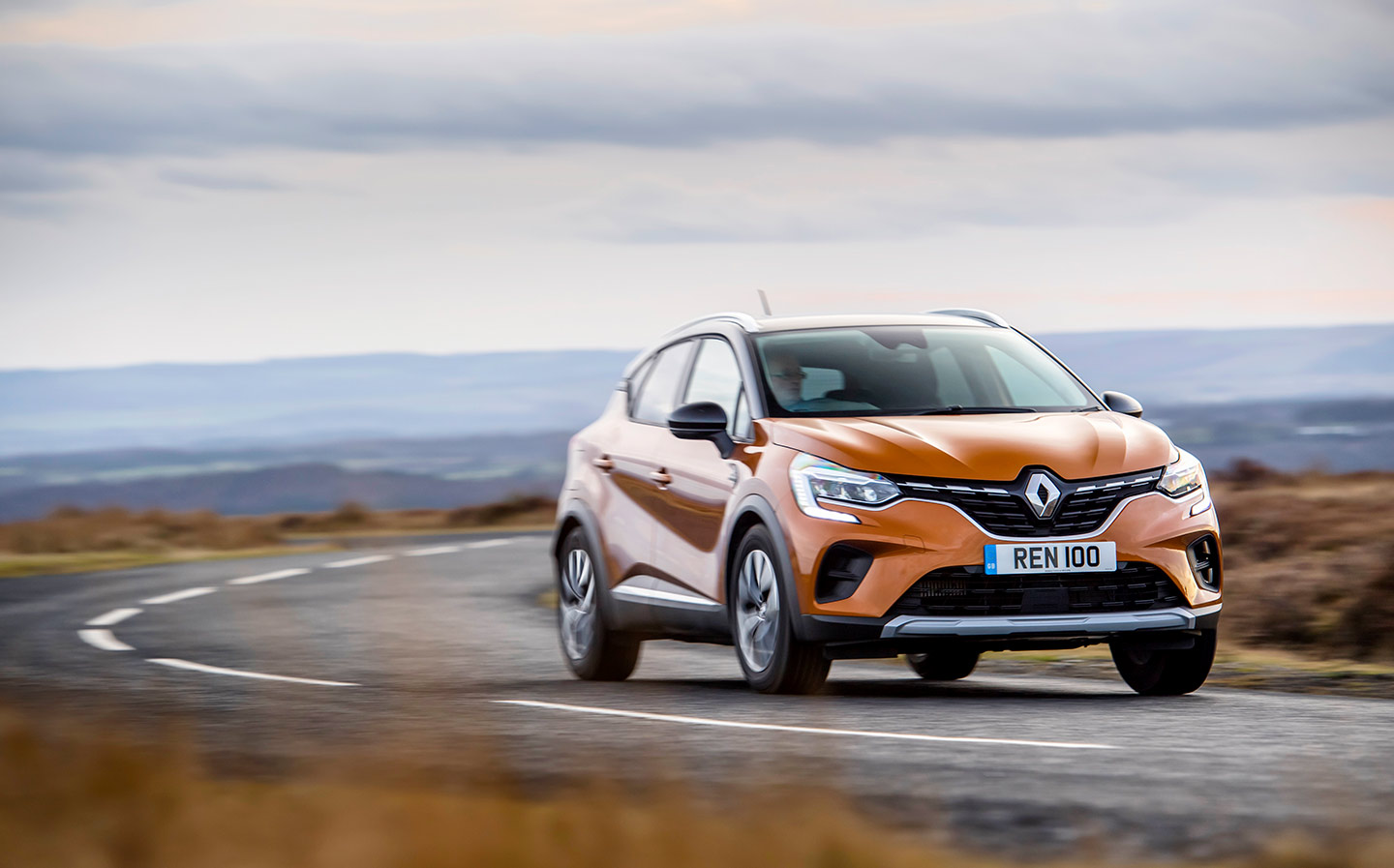 SINCE its introduction in 1990, the Renault Clio has served as the basis for some memorable cars. Think back to 1993 and the Clio Williams. Behind that iconic blue paint and gold wheels the model featured a powerful 2-litre engine and a raft of performance upgrades. Renault went on to turn performance up to 11 when in 2001 they released the Clio V6. This slightly bonkers, mid-engine rear-wheel drive range-topper was engineered by Tom Walkinshaw Racing. And don’t forget the more recent RenaultSport models.

In addition to these performance specials, Renault’s versatile supermini went on to serve as the basis for the first Captur. It was launched in 2013 into a rapidly-expanding market for small crossovers, which combine the versatility of a hatchback with the high driving position and chunky exterior of an SUV. It proved to be a winning formula. Unlike most models, which suffer declining sales over their lifetime, the first Captur posted a new sales record in its final year.

Now, Renault has introduced the all-new, second-generation Captur and we’ve had the keys to a UK-spec model in Iconic TCe 100 specification throughout lockdown.

Based on the same underpinnings as the latest fifth-generation Clio, the compact crossover retains many of the key characteristics which customers found appealing in the original Captur plus, in a nod to modern times, a considerable amount of new features and equipment.

On the outside, the new model has sharper, crisper styling, a change from the more rounded look of the previous car. To the front, there is a raised bonnet line, likely related to pedestrian impact regulations. LED headlamps, which are standard across the range, have C-shaped surrounds. This suggests that the Captur has the same in-your-face daytime LEDs to the latest Renault Megane. But in reality, just a small portion of the ‘C’ is illuminated, which is no bad thing. To the sides, the doors have some subtle surface styling, helping to disguise what is a surprisingly tall body. At the rear, a gentle narrowing the passenger compartment creates wider, more purposeful wheel arches. C-shaped rear LED light clusters carry over the design theme from the front.

Unlike the four-cylinder TCe 130 we drove (in left-hand-drive form) at the end of last year, this TCe 100 is powered by a smaller 1-litre, three-cylinder petrol engine. It produces 100bhp at 5,000rpm and 118lb ft of torque from just over half those revs, as well as a pleasantly thrummy engine note. We found it responds quickly at lower speeds, in part due to the torque from the turbo, but ultimately runs out of steam when pushed. That torque figure also means you will almost never be in the wrong gear but should you choose to shift cogs, the action is generally smooth and relatively precise.

The same operation becomes less fluid at higher engine speeds but with little additional power on offer as you approach the red line, there’s not much point in pushing it hard. As with other three-cylinder engines, high revs will also quickly impact your economy numbers, so best to keep things in the mid-range.

The suspension, perhaps one of the most widely praised features of the first Captur, has been made noticeably firmer in the new model. This means that bumps are a little more apparent, but not intrusively so. This firmer set up has helped reduce body roll in corners, but not dialled it out completely — a crossover will never offer the same behind-the-wheel satisfaction of a regular hatchback.

That body movement is made more apparent by the front seats having minimal side bolstering. On the plus side, steering response is satisfyingly quick, while weighting is light around town and marginally heavier at motorway speeds. The steering wheel readily returns to centre, which can’t be said of all electric power steering systems.

Although the manually-adjustable seats in the new Renault Captur are short on bolstering, they are an otherwise a comfortable place to be. In combination with a multi-function steering wheel which adjusts for both reach and rake, it’s easy to get a good driving position.

This particular example had the optional Signature Orange interior pack, which adds coloured highlights to the seats, doors and instrument panel facia. It’s worth the spend, as the splashes of colour help divert your eye away from the vast plain of plastic between dashboard and windscreen. Across the cabin, soft-touch materials are applied where you’re likely to interact with the surface; in other areas, cheaper hard plastics are the norm.

The front passenger seat and both rear outer seats have Isofix baby seat fixing points. In addition, the sliding/folding rear bench has a 60:40 split, allowing larger items to be transported while retaining a rear passenger seat. The new Captur is longer between the front and rear axles by 33mm, and this, together with the sliding rear bench, can add extra rear legroom (at the cost of reduced boot space). But rear seating is still tight for adults more than six feet tall. One of the benefits of being a tall car is that headroom is not such an issue, despite the sloping rear roofline.

The Iconic trim level offers a good level of on board tech, including navigation and the Easy Link phone pairing (Bluetooth, Apple Car Play and Android Auto are all supported). Other technology includes an economy driving mode, which collects driving data to deliver a final economy report. Further, there is a suite of safety tech, including AEBS Active Emergency Brake System, Lane Keep Assist, Lane Departure Warning and Traffic Sign Recognition.

While a limited number of functions, such as cruise control and speed limiting, are adjusted using the steering wheel functions, with info displayed on a TFT panel within the instrument binnacle, most other settings are made using the 7in central touchscreen.

This interface, while not the fastest of its type, is not too hard to use while driving though it often requires two or more touches to adjust a setting, when one would be easier (and safer). It’s pleasing to see dedicated climate controls on the dashboard, at least, rather than buried in a digital menu system, though volume control is a pain without using the stalk behind the steering wheel (Renault still refusing to put the volume buttons actually on the wheel, for some unknown reason).

At the base of the centre console are a 12-volt charging point (the outlet formerly known as cigarette lighter), an AUX-in and two USB charging ports. Some might gripe that these are plainly visible, but while a flip-cover might neatly hide these useful ports, they invariably limit access. In this case, function wins out over form.

On the go, the new Captur is a pleasant place to spend time. While the dimensions of the car are fractionally larger than the out-going model in every area, the direct steering means it is easy to place the car on the road. The suspension deals reasonably well with most road imperfections, although a bumpy corner can unsettle the ride. On the motorway, the door mirrors create some minor wind noise, while tyre noise (particularly when going over expansion gaps) is readily apparent in the cabin.

At the top of the Captur range are the E-Tech and E-Tech Plug-in versions, the latter being the first rechargeable plug-in hybrid (PHEV) offered by Renault. These can be operated in a range of electric/engine drive combinations, helping to improve fuel economy and reduce tailpipe emissions.

When the first Renault Captur was launched seven years ago, aside from the Nissan Juke and its polarising design, the new model had the B-segment SUV market to itself. Since then, virtually every major car company has launched a segment competitor, with noteworthy entries including the VW T-Roc, Ford Puma, SEAT Ateca, and BMW X2.

While the original Captur proved popular with buyers, the competition has forced Renault to raise its game. The French car maker will be hoping that changes across the new model will tempt buyers of the original car to stay loyal to the brand.