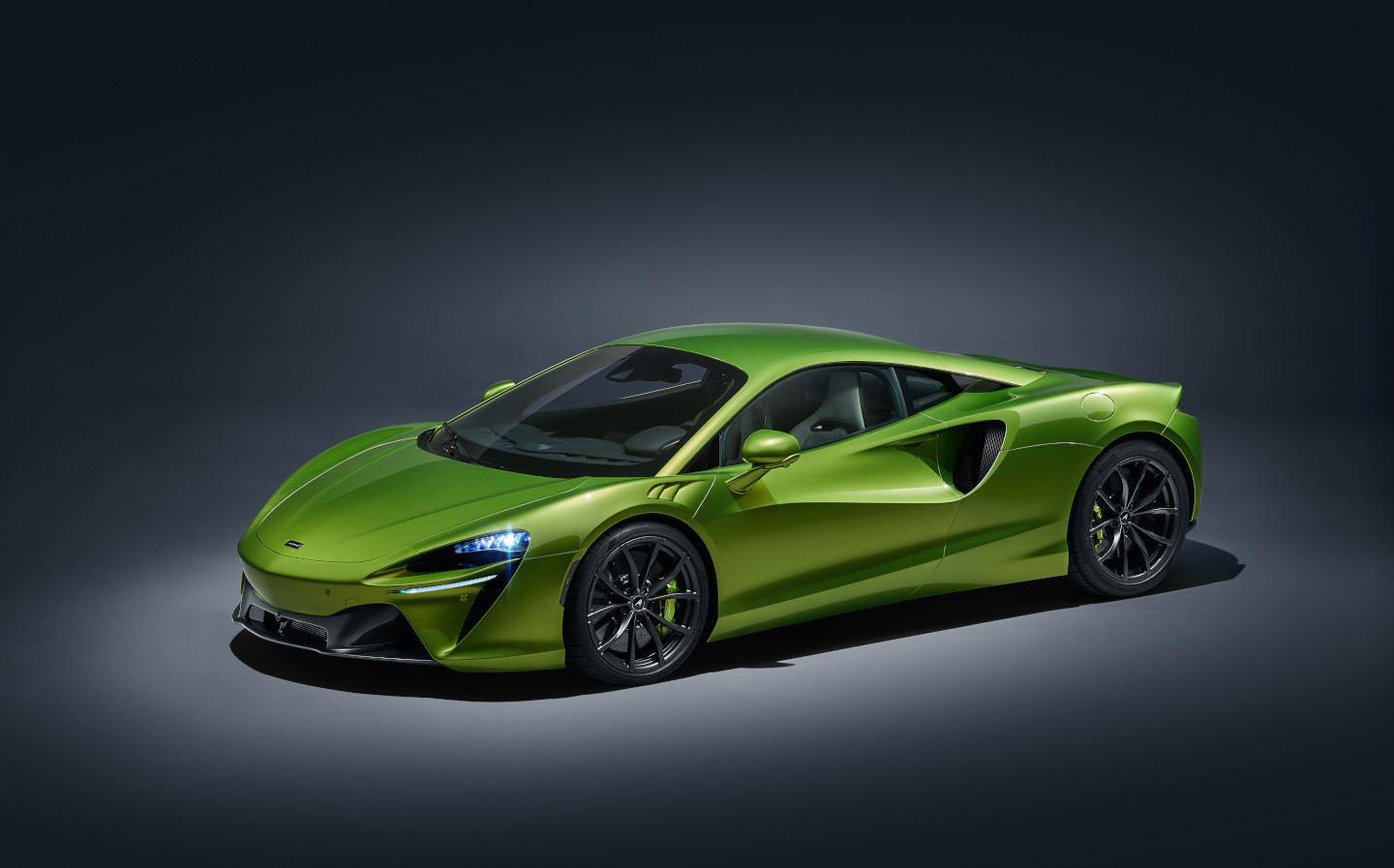 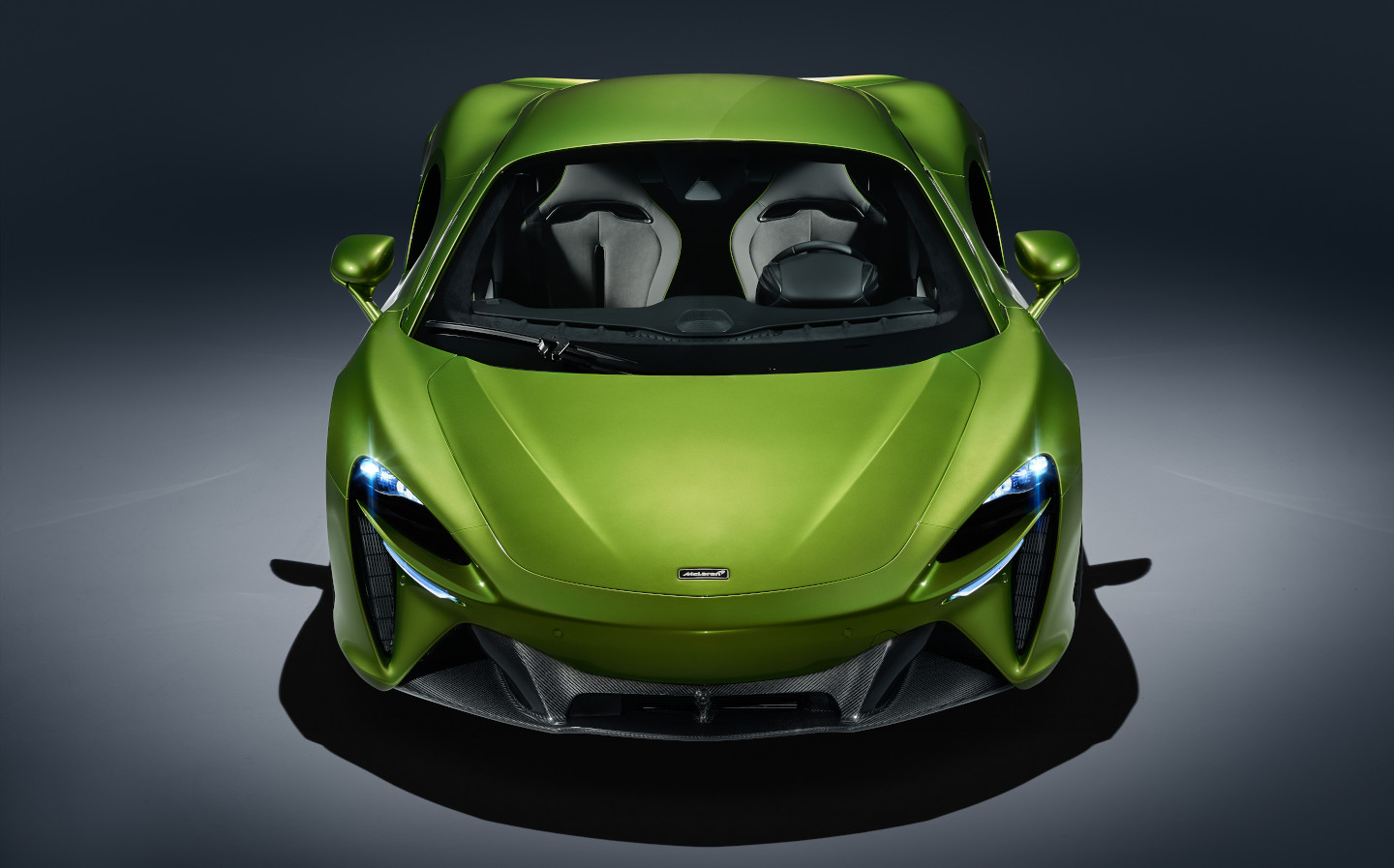 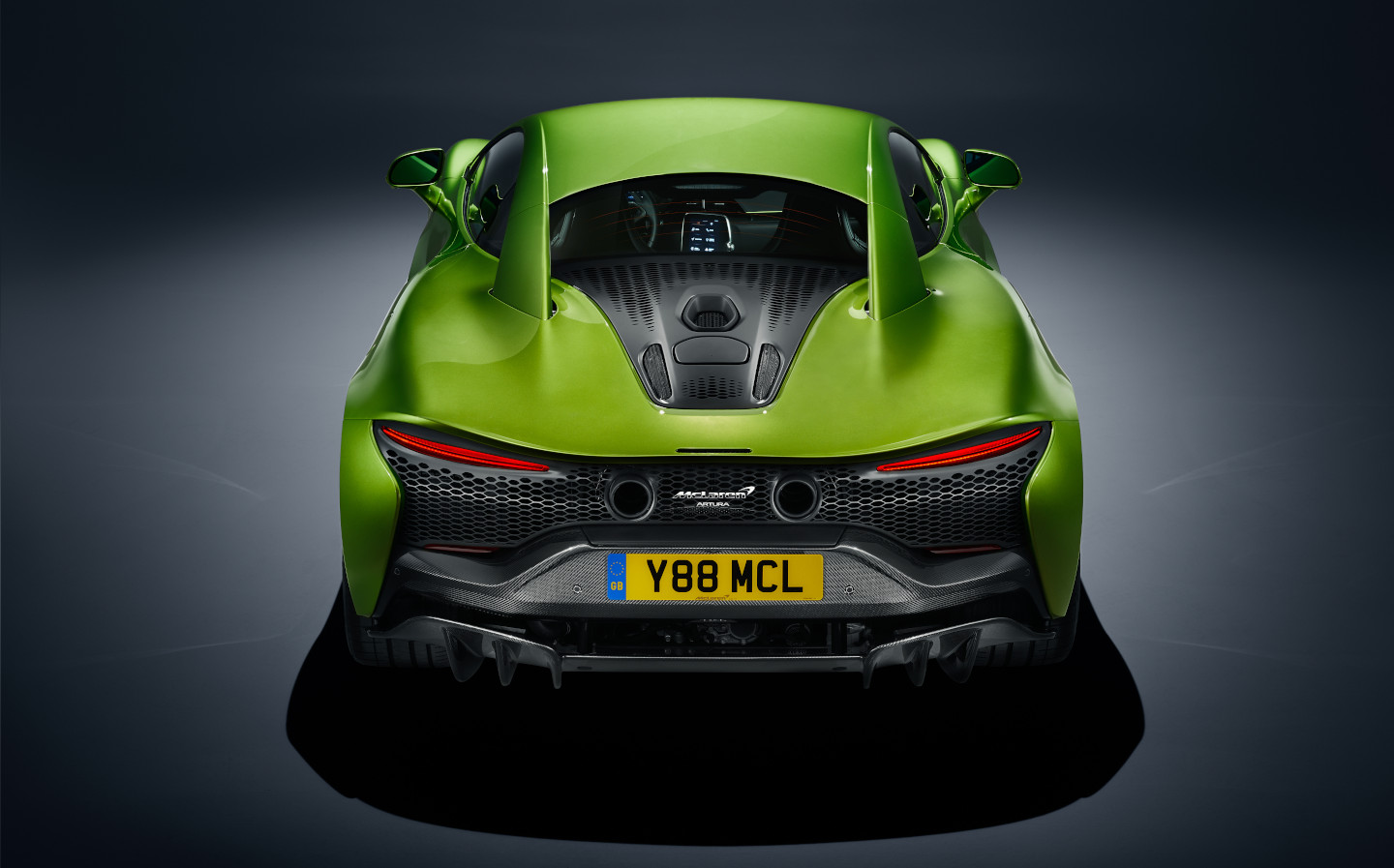 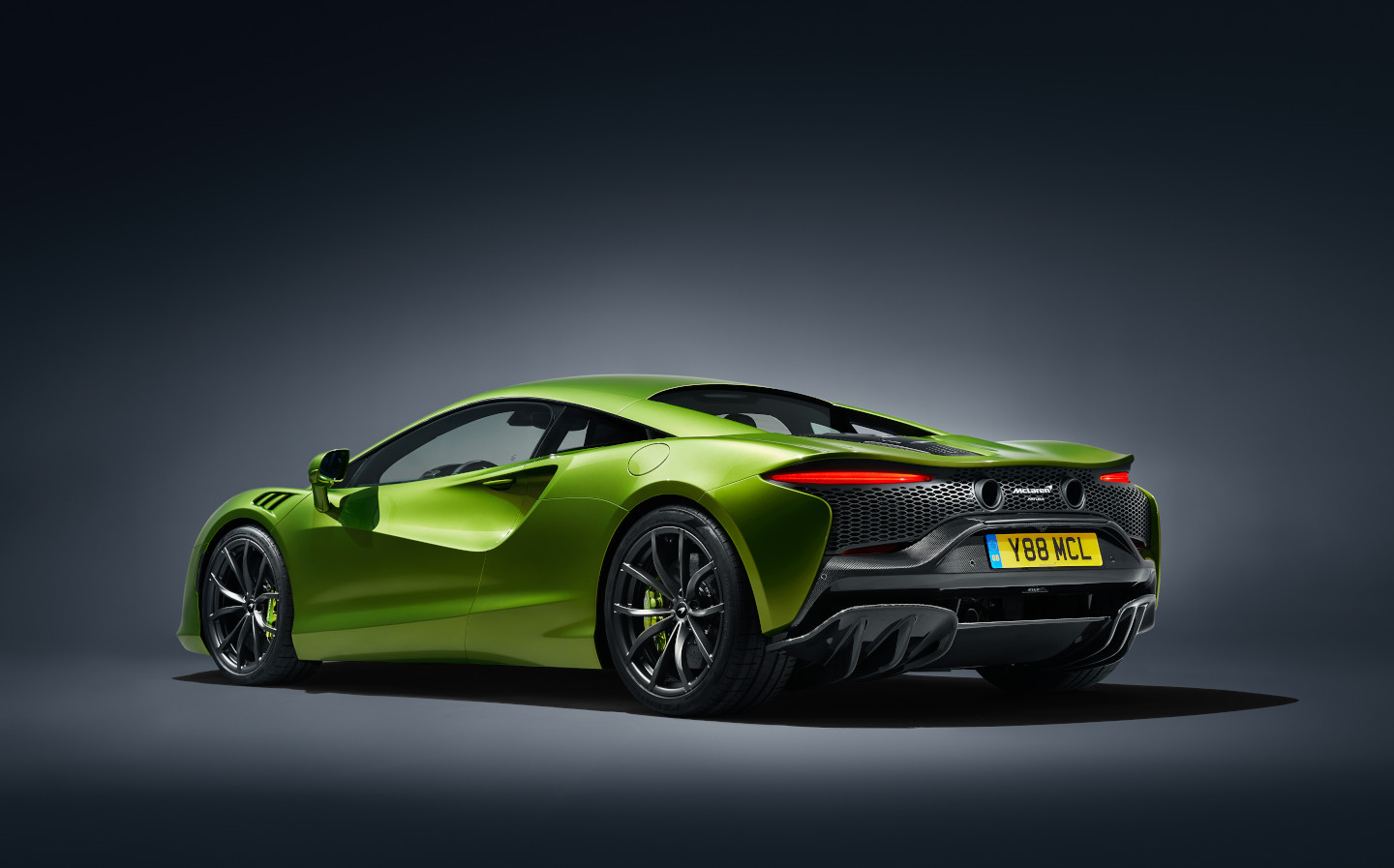 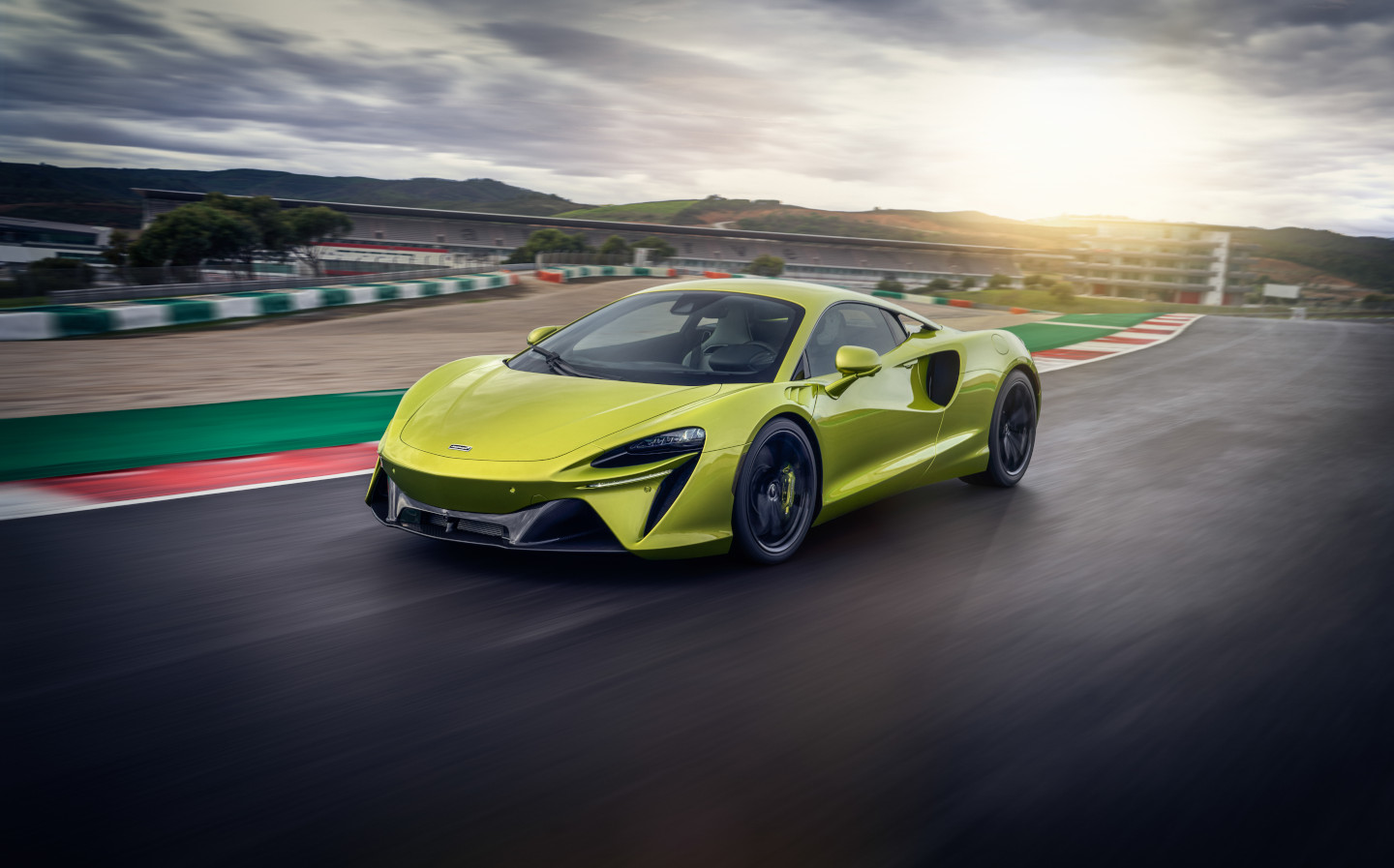 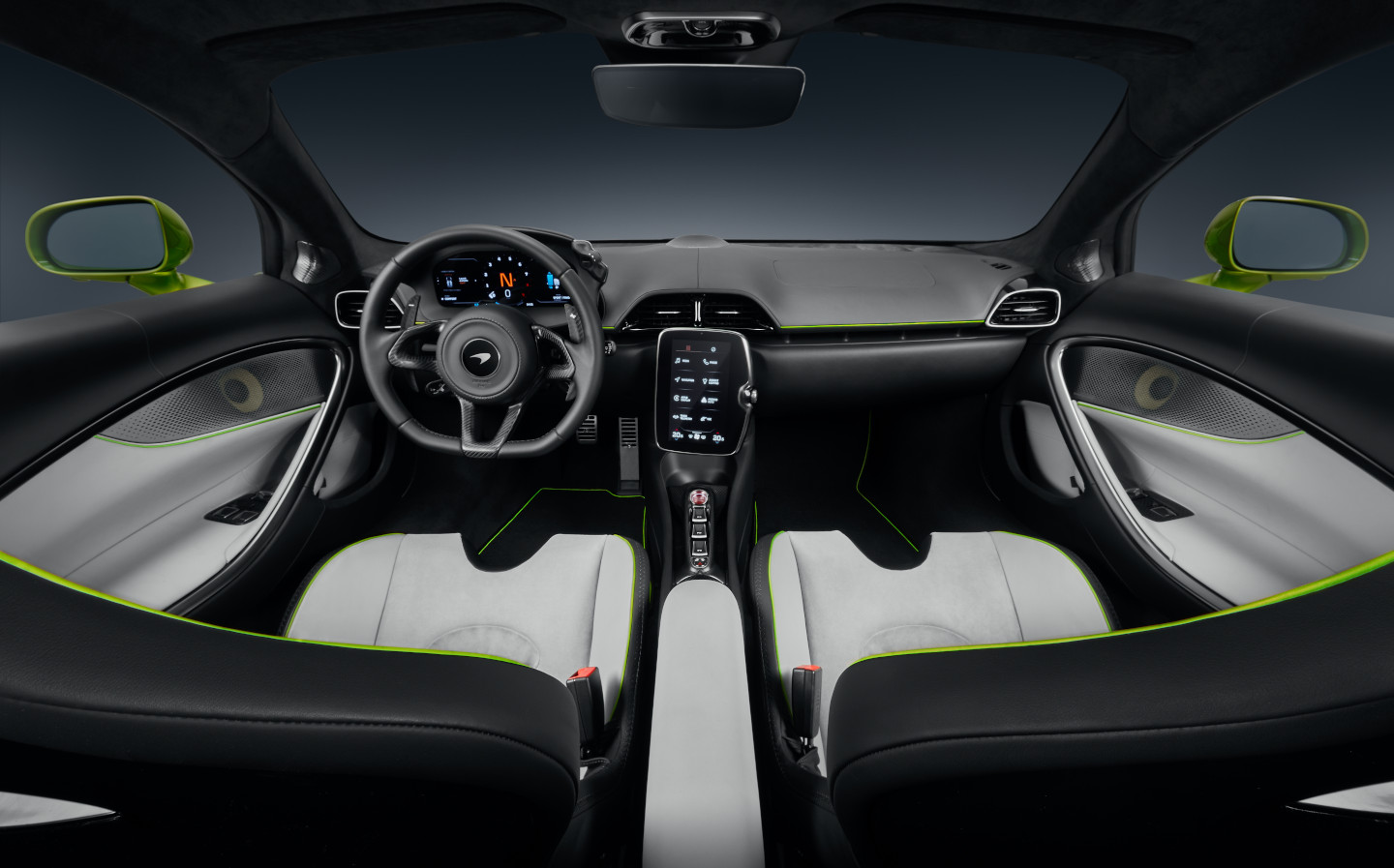 MCLAREN has revealed the Artura supercar, a “high-performance hybrid” teased by the British car maker in November last year that will sit between the 720S and the GT in McLaren’s line-up.

The model will usher in a new wave of hybrid McLarens that will replace all of the car maker’s pure-petrol models by 2025.

The Artura is something of a study in how to reconcile a heavy hybrid powertrain with McLaren’s famously forensic obsession with weight-saving, and will doubtless provide a blueprint for future models.

Hybrid powertrains are nothing new for McLaren: the off-the-rocker McLaren P1 was a hybrid and even had a pure-electric range, albeit negligible — 6.8 miles on the now-outdated NEDC cycle — while the super-streamlined Speedtail also has hybrid power, built around McLaren’s 4.0-litre V8 (although that car doesn’t have a battery-only range).

The Artura, on the other hand, takes an all-new, mid-mounted 3.0-litre V6 engine, which McLaren has tried its hardest to keep as dinky as possible, in an effort to slim down the whole engine-battery-motor package.

The engine’s two turbochargers are nestled snugly within the 120° angle of the “hot vee” to save space, while McLaren’s engineers have managed to squeeze 192bhp from each litre of the engine — more than any other McLaren models save the Senna and Elva, which sit above the Artura in McLaren’s line-up. The engine is 50kg lighter than McLaren’s V8.

The V6’s 577bhp is aided by another 94bhp from an “axial flux e-motor”. That might sound like something from Star Trek but in reality it’s a small electric motor that slots neatly onto the Artura’s eight-speed gearbox, providing extra torque through the transmission.

Like the engine, much is made by McLaren of the new electric motor’s power density, which the company says is 33% better than the one used on the P1. The hybrid system weighs just 130kg, and total power output is a fearsome 671bhp.

What is the McLaren Artura’s 0-60mph time?

While the electric motor, which is linked to a 7.4kWh battery, provides less than a seventh of that overall horsepower, it provides nearly a third of the 531 lb ft of torque. McLaren says 166lb ft of torque is instantly available, which no doubt contributes significantly to the Artura’s 3.0-second 0-62mph time.

Reaching 124mph takes just 8.3 seconds, while a quarter mile can be covered in a whisker over ten.

Also contributing to these impressive performance stats is McLaren’s wealth of weight-saving wisdom, which has resulted in a kerb weight of 1,498kg — more than 200kg lighter than the Ferrari SF90 Stradale, another hybrid supercar (although the Ferrari packs significantly more horsepower).

Can the McLaren Artura drive on electric only?

Like the P1, the Artura can be driven on electric power alone, and while its range is less tokenistic than the P1’s seven miles, it’s still only a “nipping to the supermarket” kind of figure: a claimed 19 miles, although that is a slight improvement on the SF90’s 16 miles. The range can be refilled by plugging the car into the wall — 80% battery takes around two and a half hours from empty.

As a result, this is the most efficient car McLaren has ever made, with the car maker claiming that the Artura can manage more than 50 miles to the gallon.

The driver can choose from four modes — E-Mode, which uses electric power alone, Comfort mode, which prioritises range and efficiency by shutting off the engine below 25mph, and Sport mode and Track mode, which deploy the electric motor at lower speeds for increased performance.

Befitting a car that will usher in a new wave of  hybrid models, the Artura introduces a brand new platform: it’s called the McLaren Carbon Lightweight Architecture (MCLA, for short), and it has been developed at the firm’s relatively new technology centre in Sheffield.

The architecture comprises a super-stiff, super-lightweight carbon monocoque (technology McLaren introduced to F1 back in the early eighties), as well as a new aluminium-heavy chassis and a “domain-based” cable-light electrical architecture that McLaren claims is a first-to-market.

Artura’s 671bhp is sent through an eight speed gearbox — also all-new — that has one more ratio than McLaren’s existing unit, despite being shorter in length. There is also no traditional reverse gear: instead, the e-motor alone moves the car backwards by spinning in the opposite direction.

All power is sent to the rear wheels, which are attached — for the first time in a McLaren — to an electronically controlled differential that independently adjusts torque distribution across the rear axle. The “e-diff” is small enough to be housed within the transmission, and weighs less than a mechanical unit.

Rear suspension has, unsurprisingly, been completely redesigned to maximise stability and precision, and to reduce levels of understeer when turning out of a corner. Handling dynamics can be altered between three pre-configured settings, “Comfort”, “Sport and “Track”, which alter the parameters of the electronic differential and dampers.

Among all the novelty, there are a few McLaren mainstays, including the car maker’s hydraulically-assisted steering — although the system has been reworked to save weight — and Proactive Damping Control, which was introduced on the 720S and uses the dampers to make predictive alterations to the stiffness of the ride.

Likewise, the brakes are related to the carbon ceramic units used on the 600LT and 765LT.

The Artura sits on Pirelli P-Zero Corsa tyres, which are kitted out with the F1 tyre supplier’s Cyber Tyre tech that feeds information to the car’s stability control system, as well as a noise cancelling system that makes the car’s E-mode as silent as possible.

McLaren says that the inside of the Artura is “more centred around the driver than ever”, with special attention given to ensuring that the pilot does not have to move their hands far from the wheel in order to alter the car’s most crucial driving dynamics.

The Digital Instrument Cluster is mounted on the steering column, while rocker switches that alter powertrain and handling modes are either side of the main binnacle. However, no controls are on the steering wheel itself — McLaren says to maintain simplicity.

Also new is the Artura’s Clubsport seat, which is 9.5kg lighter than the optional Comfort seat and mixes the lightweight nature of a bucket seat with the range of motion expected from a moveable backrest. McLaren says that anyone under 6ft 4in should be able to fit in them with ample legroom.

Infotainment comes courtesy of an 8in, portrait-oriented screen that boasts “a smartphone level of responsiveness” and is compatible with Apple CarPlay and Android Auto.

Shall we mention the Artura’s not-so-new exterior?

The Artura looks like… a McLaren. It follows the brands philosophy that no choice should be made for stylistic reasons alone, and adheres to the same “shrink-wrapped” appearance common to most other models in the car maker’s range. 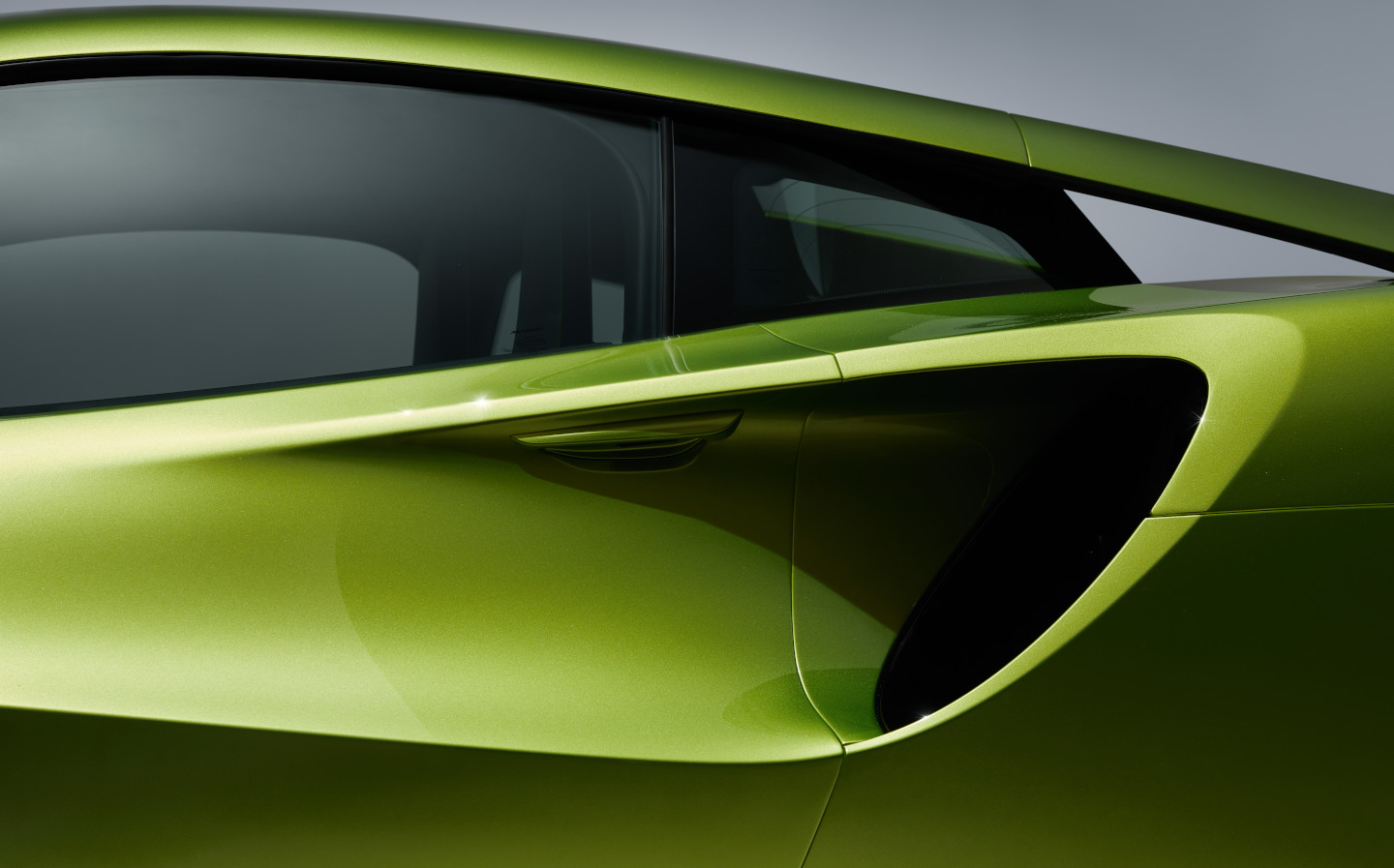 “The purity is not only purity of line, but also in the integration of components; technical sculpture references the need to be stunning to look at, but there for a reason, like the forms you see in nature; while functional jewellery is best explained by the fact that we don’t decorate, we do what is needed and make it beautiful.”

The McLaren Artura supercar is priced from £185,500 for the standard specification, and first deliveries are expected to commence this Autumn.