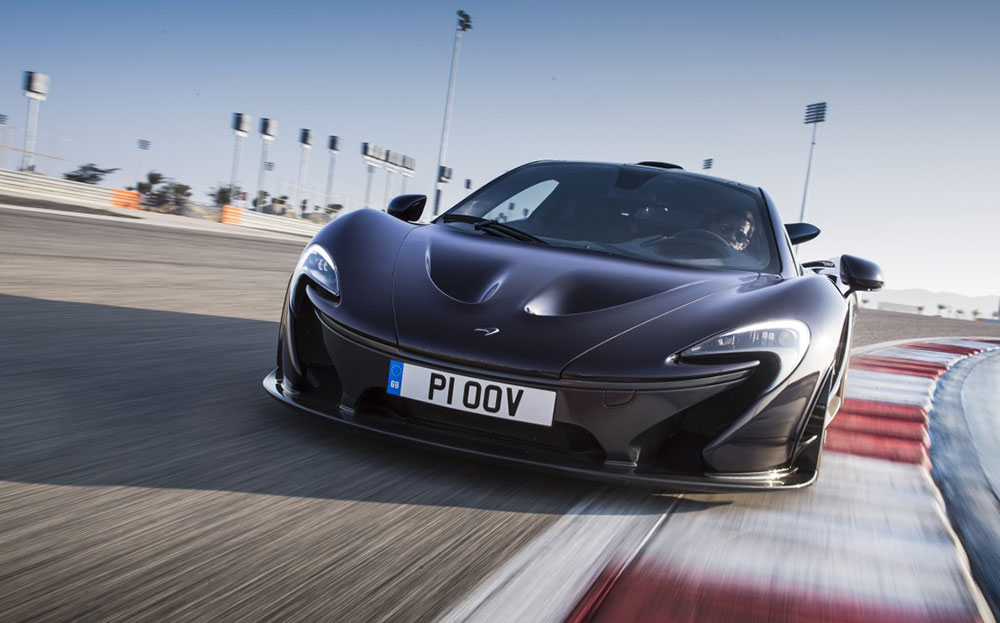 Share Article
Just like that, you’re in the Orion nebula
Pros
Terrifying, in a fantastic way
Sounds like sudden tectonic shift
Doesn't accelerate... it travels through wormholes
Cons
Not the prettiest of the Holy Trinity
Driving it fast requires balls
Even if you had the money, they're all sold
Cars > McLaren > P1

ON WEDNESDAY morning I climbed behind the wheel of a McLaren P1, fired up its massive engine, eased it into Drive and set off in a blizzard of noise and wheelspin to start filming Amazon Prime’s new motoring show.

On one side of me was James May in a Ferrari the Ferrari. On the other was Richard Hammond in a Porsche 918 Spyder. And in front, hanging from the back of a Land Rover Discovery, was the big, bushy beard of Ben the cameraman. The band was back together and I was very excited. But, ooh, getting it to this point had not been easy.

When the BBC bigwig Alan Yentob called back in April to say my contract would not be renewed as a result of the “fracas”, I really didn’t know what I was going to do. A large part of me considered the appealing option of “nothing at all”. A smaller part thought I should change tack and do a programme on farming.

I had no idea what James and Richard were planning. When we spoke, they made supportive noises, but unlike the US marines the three of us have always operated under the rule that we do leave a man behind. Put simply, they had themselves to look after and the BBC was making all sorts of coo-coo noises while dribbling warm honey into their heads. 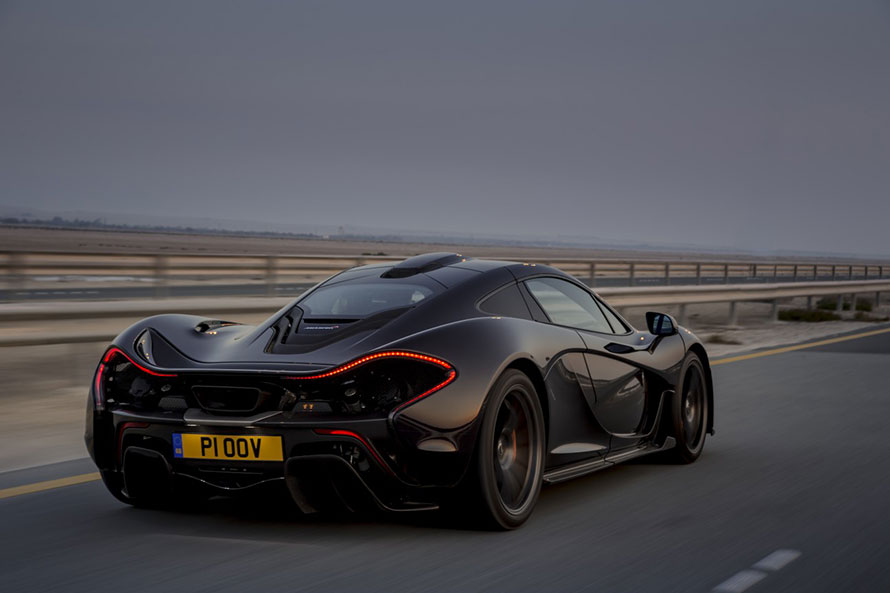 Of course, you all now know that they decided to leave Auntie and come with me to look for a new home. To find one, we decided to get an American agent, which meant doing conference calls with people who dressed up like the Borg and communicated by barking. “Woof, woof,” they all went into their face-mounted microphones. James May in particular looked very distressed.

Eventually, though, we found a chap who said that the three of us and our executive producer, Andy Wilman, suddenly becoming available was a huge opportunity for any broadcaster. Or at least that’s what we thought he said — it came across as a series of dog sounds.

He was true to his word, however, and soon the offers started pouring in. All of a sudden we were up to our scrotums in the dizzying world of modern narrowcasting, in which you can upload a programme when it’s ready, not necessarily at 7pm on a Tuesday.

And you can say what you want, because out there, in the free world, there’s no Ofsted. There’s no finger-wagging. Kevin Spacey spat on Jesus and no one batted an eyelid. Because the internet, let’s face it, is also showing a gentleman and a lady making sweet love in extreme detail.

It’s going to be all new. New name. New segments. New ideas. Everything is different. Apart from James May, obviously, who is still in 1953

The problem was that standing between us and all this freedom was an impenetrable layer of legal gobbledygook. James May gave up and disappeared. And I wanted to do the same, because while I could tell that the words being used in meetings were English, they made no sense at all.

And then, riding over the horizon on a white charger, in a brown cardboard envelope, came Amazon. It took us to its London headquarters and showed us the tech it had lined up for the very near future, made us an offer in English — well, it was in American, actually, but that’s close enough — and that was that. We had a new home.

All we needed to do, then, was come up with the new show. All of the previous ingredients — the Stig, the Star in a Reasonably Priced Car and the Cool Wall — belonged to the BBC, so we’d have to start from scratch. 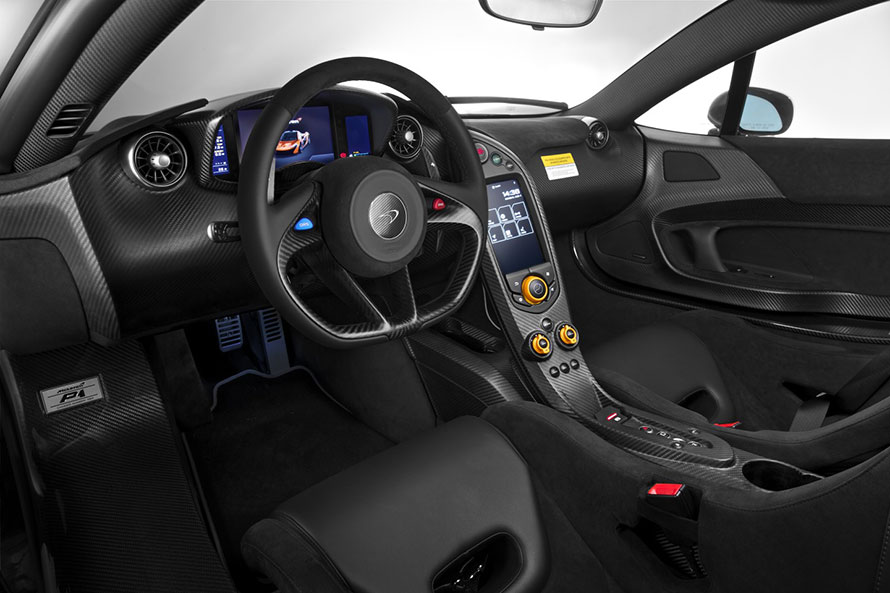 It forced us to get creative. To do what we’d never dared to do in the past: to change what we knew worked. We have, though. It’s going to be all new. New name. New segments. New ideas. Everything is different. Apart from James May, obviously, who is still in 1953. And Richard Hammond, who still doesn’t quite understand anything. And me, who thinks everything can be solved with a hammer.

Oh, and we will still be testing cars. And once we’d decided to keep on doing that rather than switching to icebreakers or handbags, it was pretty obvious where we’d begin.

Which is why, last week, I arrived in a part of Portugal that smells faintly of sewage and is full of people I meet at drinks parties in Oxfordshire and friends of Prince Andrew enjoying the last of the summer sunshine.

Why Portugal? Well, because it’s home to the extremely brilliant International Racetrack of the Algarve. A racetrack Ferrari, Porsche and McLaren all agreed would be ideal to sort out the question that has vexed the world’s motoring enthusiasts for nearly a year: which is best, the Ferrari the Ferrari, the Porsche 918 or the McLaren P1?

We knew before we set off that other people from the internet have now tested these cars to see which is the fastest and so on. And we wondered whether we should start our new show by gorging on sloppy seconds, but then we thought: “People will hopefully want to know what we think.” And so we got on the plane and came.

I’m here now, and I’ve spent the day in the McLaren and I still can’t quite believe that the thing’s for real. I’ll admit the Ferrari is extremely pretty and that the Porsche grips like an especially clingy and nervous barnacle, but for sheer “Oh my God”, sweaty-pawed, heart-racing, wide-eyed, hair-on-end, ball-shrinking terror, you simply can’t beat the P1.

It doesn’t accelerate in the conventional sense. The throttle pedal is more a sort of portal to a wormhole. You press it and instantly 903 brake horsepower of electricity and petrol working together puts you somewhere else.

I am still slightly amazed — and thrilled — that we live in a world where a car as fast as this can be made. And that if someone has the money, they can drive it on any road they like. Even if they are only 17 years old. 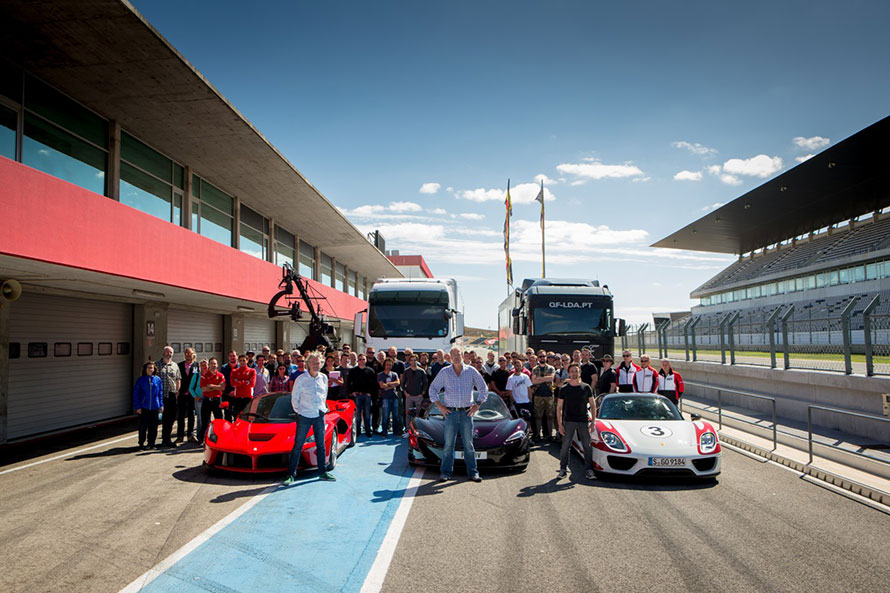 It’s not the best-looking car in the world, but it has a sinister presence. Like the foldaway stock on an AK-47, it’s functional, and its function is to terrify.

But the looks and the speed are nothing compared with the noises it makes. Because it’s a hybrid, there’s a little bit of everything in there. You have the whirrings of a milk float, the chirps of the wastegates, the bellow of the V8 and the roar of the exhaust, all of which come together to make the sort of sound you would normally associate only with a dramatic and sudden movement of tectonic plates.

Inside, there are many dials and readouts and there are buttons that make it go even faster. But you have no time for any of this because you are going so bloody fast and your eyes are full of sweat and you’re getting to a corner and you’re doing a million and you have to trust that the invisible elephant sitting on the rear spoiler is still there, pressing the back tyres into the road, and that it hasn’t wandered off to eat some bark.

I have no idea at this stage whether it will be faster than the Ferrari the Ferrari or the Porsche round the spaghetti-shaped racetrack here in southern Portugal. That test doesn’t happen until after this newspaper has gone to bed.

But whatever the outcome, we are now in the future. It certainly feels that way from where I’ve been sitting all day.